Ken Miyata was an ecologist and herpetologist who was my best friend in graduate school. He was a student of Ernest Williams (Greg Mayer was also Willams’s student for much of his time at Harvard), and we spent tons of time together, including a month-long trip to Ecuador where I helped him collect frogs (that’s where I collected the type specimen that Ken later named Atelopus coynei). Greg and I both knew Ken very well; besides being a keen naturalist and herpetologist, Ken was one of America’s best fly fishermen as well as a fantastic photographer and a crack writer (he was co-author with Adrian Forsyth of the great popular book Tropical Nature), and he had a penchant for the bizarre and unusual aspects of life. The result was that he was a lot of fun to be with. Greg and I have written about him from time to time on this site (see posts here).

After I did my postdoc and moved to the University of Maryland, I still saw Ken from time to time, and we kept in pretty constant touch. It was thus with a sinking feeling in my stomach that I was called in 1983 and told that Ken’s car had been found, empty and parked by the Big Horn River in Montana, where he went to fish. There was no sign of Ken. He had gone out West as a sort of farewell fishing trip, for he’d just had two big advances in life: a job at The Nature Conservancy, which was his dream job, and a great girlfriend with whom he’d live in Washington, D.C., so he would have been physically close to me. He wanted a big dose of fishing (he said he wanted to fish 200 days a year) before he entered the real world.

He never completed that Big Fishing Trip. I waited for several days after that first phone call, and finally heard that they’d found Ken’s body downstream. He apparently slipped in a fast-flowing bit of water, his waders filled up with water (he was too cheap to buy new ones), and he drowned. His body was completely entangled in his fishing line. He was only 32 years old.

We had a memorial service, we all spoke, and Ken’s parents, who were still alive, told his friends to go to his apartment and take whatever possessions of his that we wanted. I took his beaten-up Levi jacket, which he wore constantly. I still have it.

Here are two memorial pieces about Ken that I’ll highlight. The first appeared in Harvard Magazine in 2000. (Click on the screenshot to read).

The second piece appeared as a supplement to a paper by Ken on Ecuadorian Anolis lizards in the Bulletin of the Museum of Comparative Zoology; it comprises some remembrances of Ken written by B. Wu, Eric Larson, Ray Huey, Chuck Crumley, Greg Mayer, and me. Click on the screenshot to read: 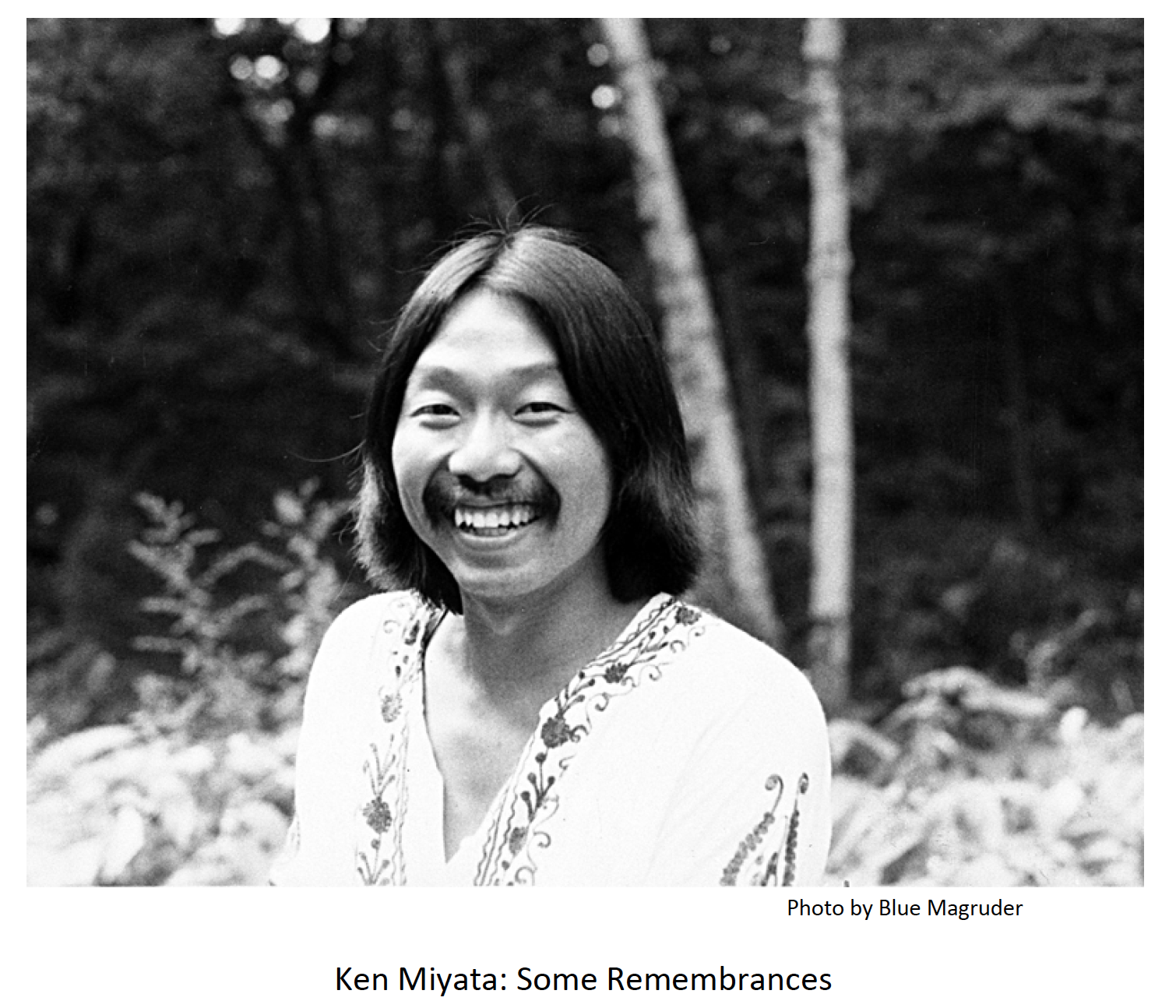 Imagine my surprise, then, when Greg told me yesterday that he found a website, kenmiyata.com, which contains scans of many of Ken’s Kodachromes. Neither Greg nor I have any idea who put up the site, which contains hundreds of the many thousands of photographs that Ken took with his Nikon. The photos on the site are from the 1970’s. (Greg adds that “Ken’s more technical wildlife photographs are in the Smithsonian’s slide collection.”)

I’ll put up a few of the photo from that site, which include a couple of me when I was at Harvard. They sure make those memories come flooding back!

Ken in a Guatemalan shirt: 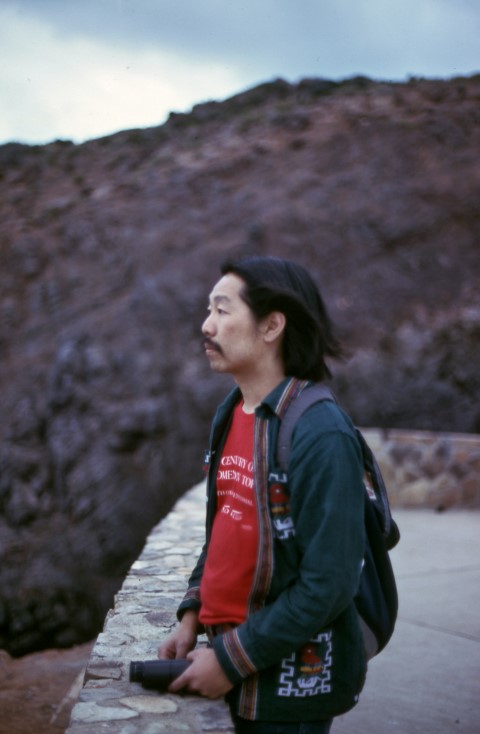 Nature photos (some of these were probably taken at a zoo): 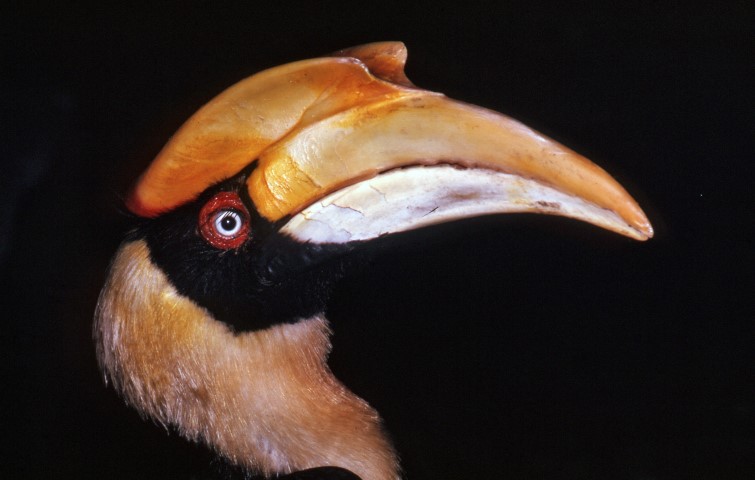 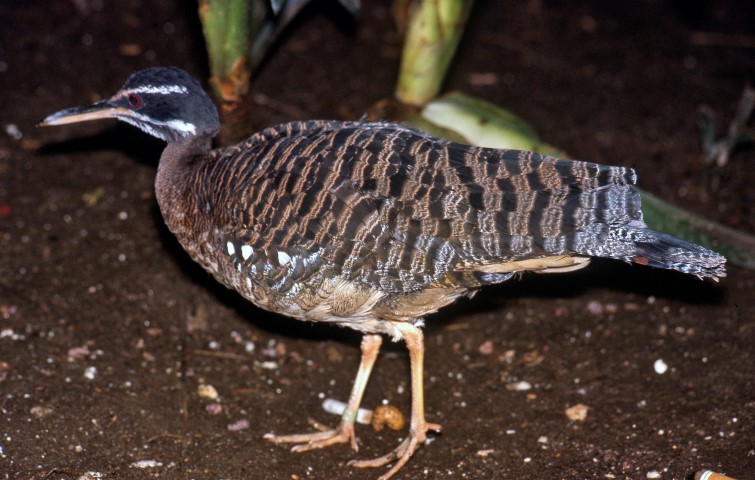 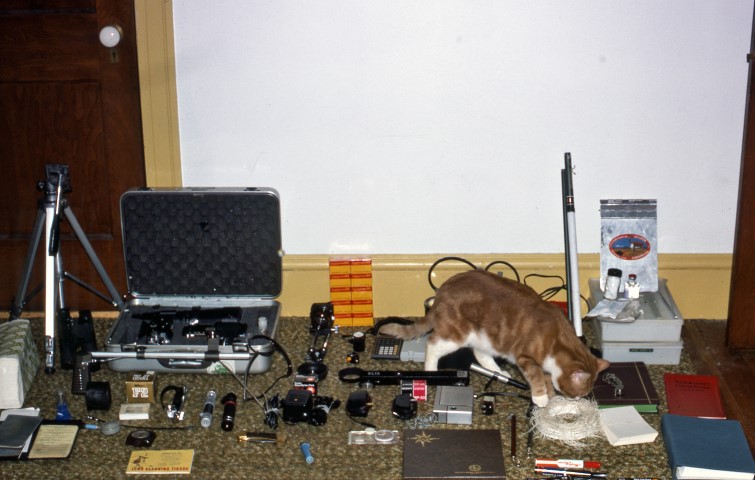 At work in the field: 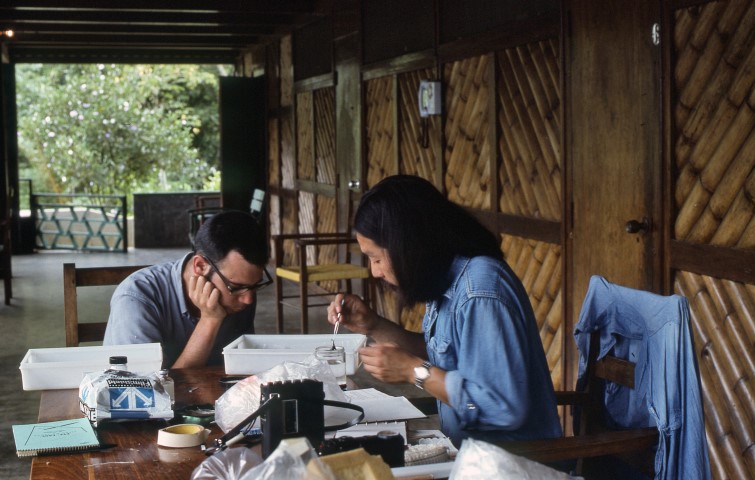 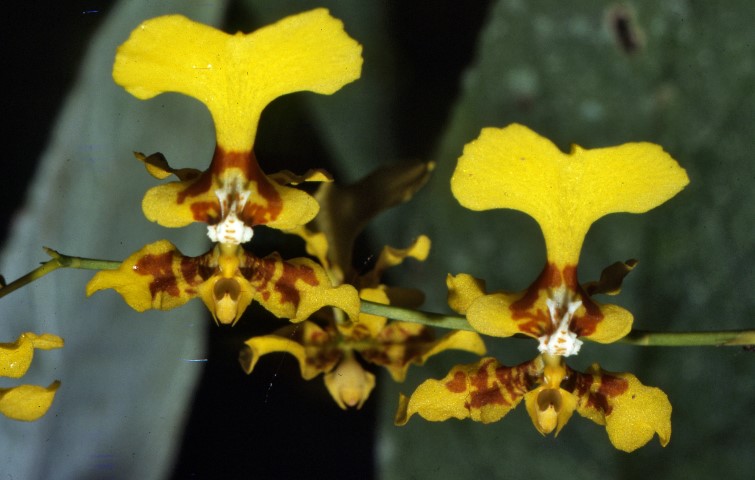 There aren’t many photos of Ken fishing on the site, as he took most of the photos. I have a bunch in my own slides, but haven’t scanned them. 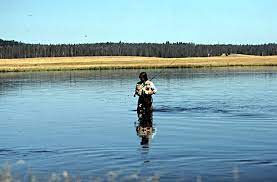 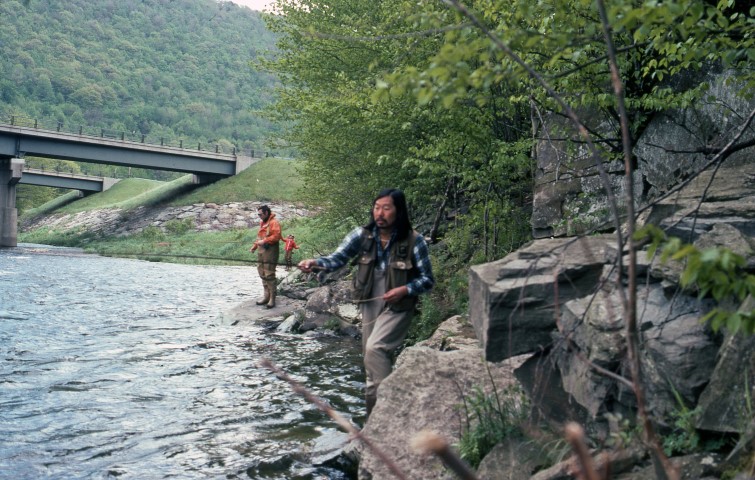 He tied all his own flies, often on the spot to “match (or mismatch) the hatch”: 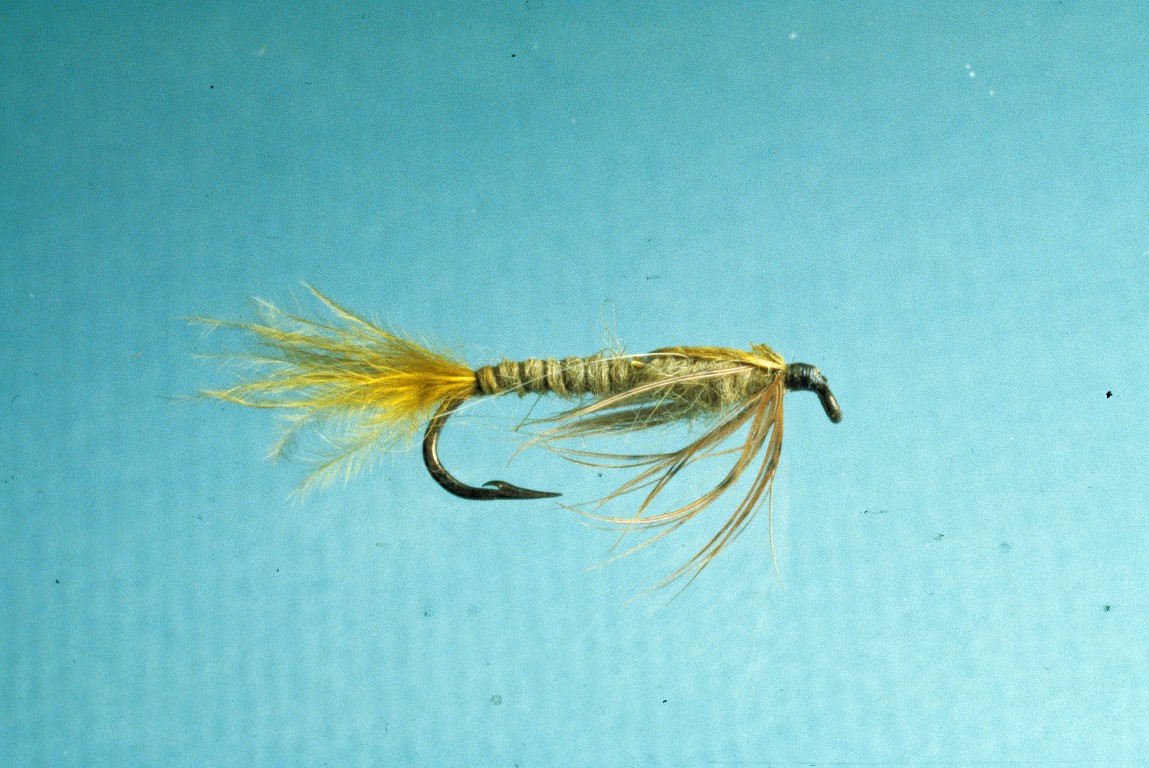 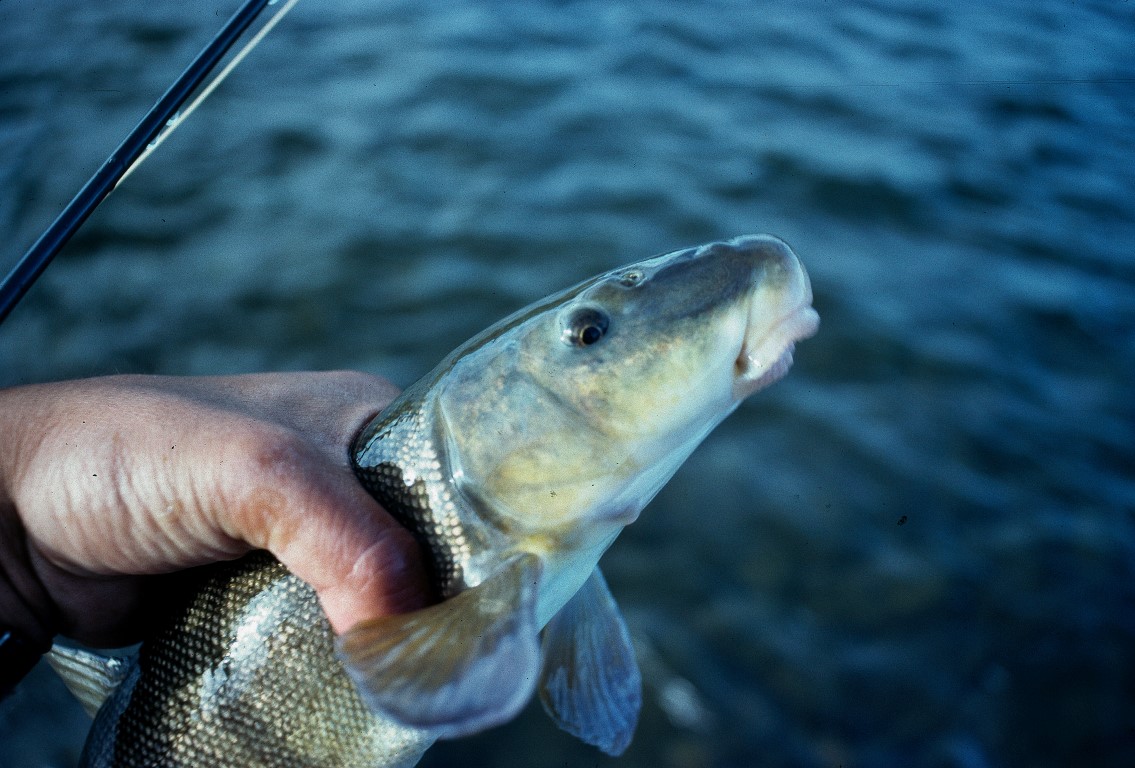 Ken’s dictum was always to catch and release them, though occasionally he’d eat a few for dinner if he was camped by a stream. 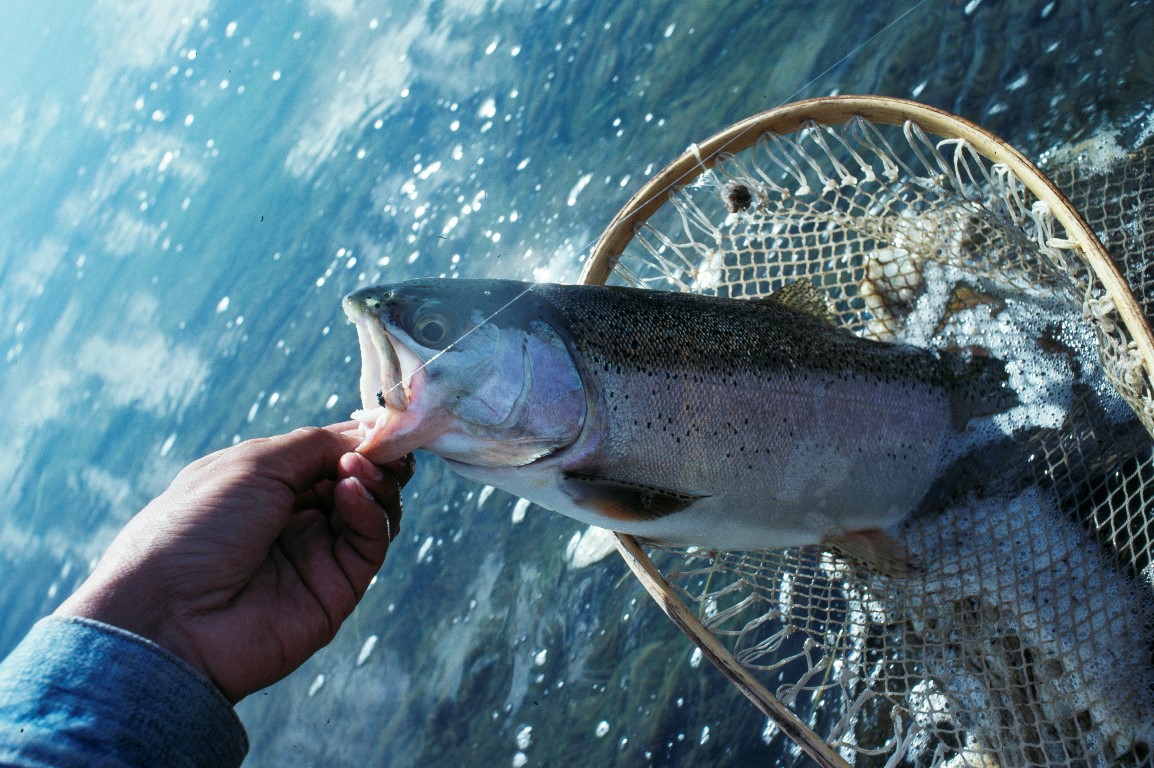 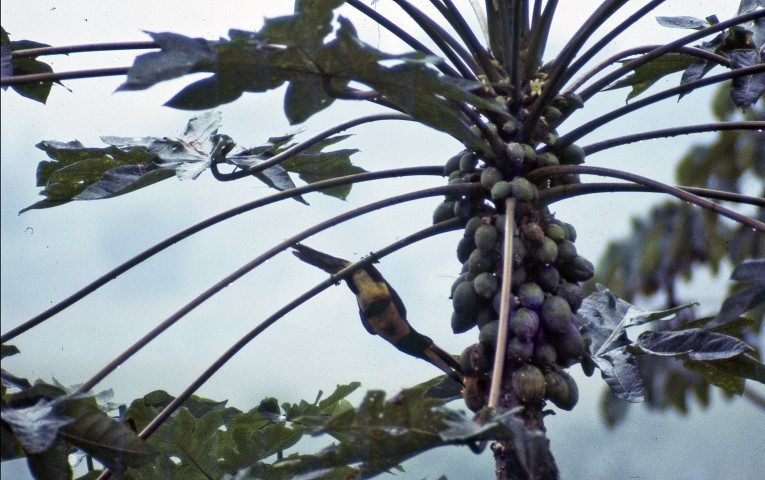 Ken’s advisor Ernest Williams (on the left), with his Harvard colleagues Bryan Patterson, whom Chris Janis identified in the comments as “one of the all-time great paleomammalogists.” 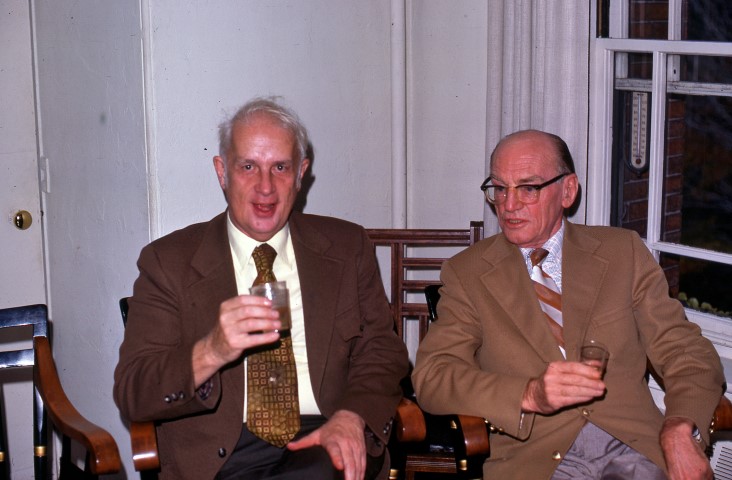 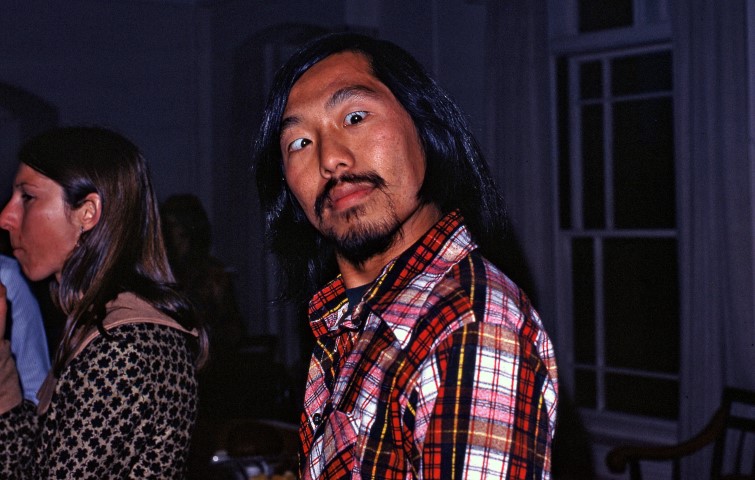 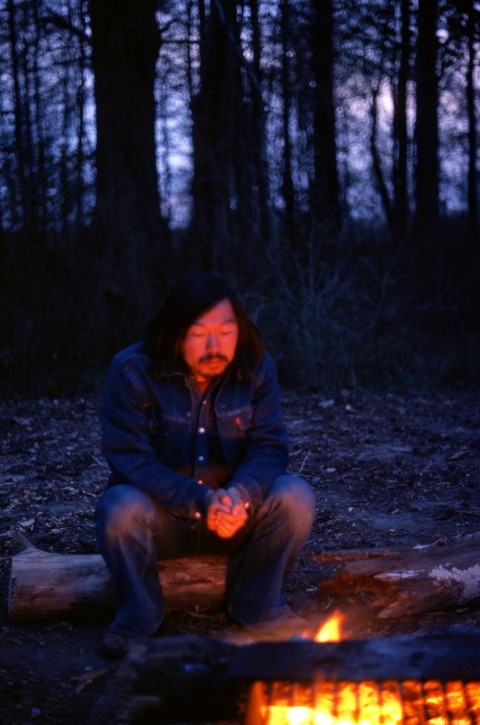 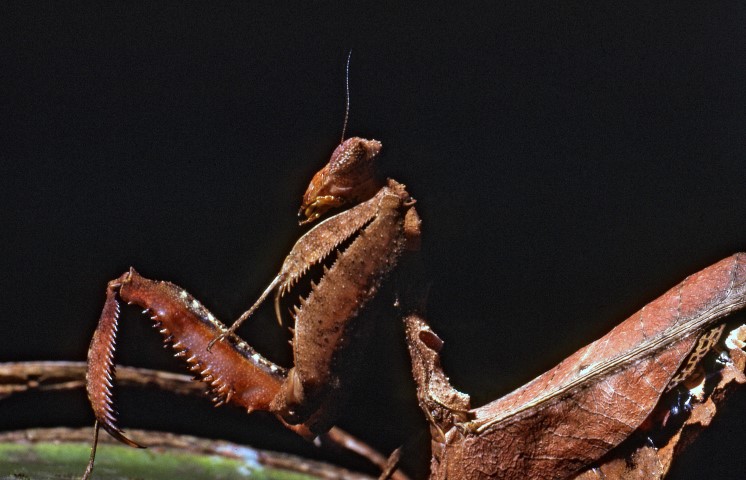 I believe this is Otavalo, Ecuador: 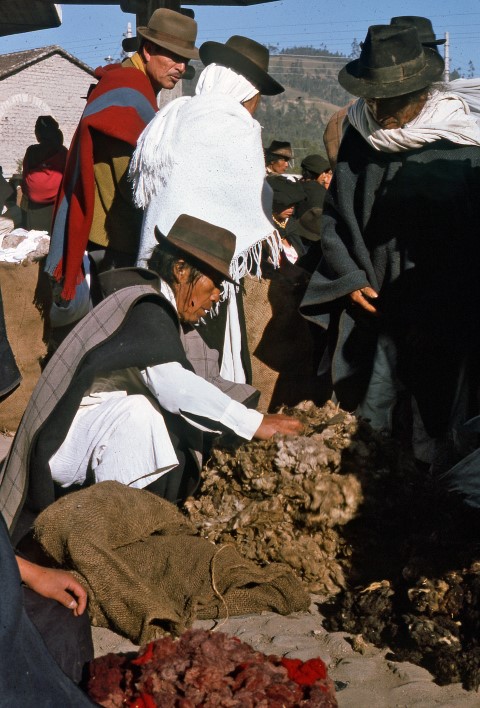 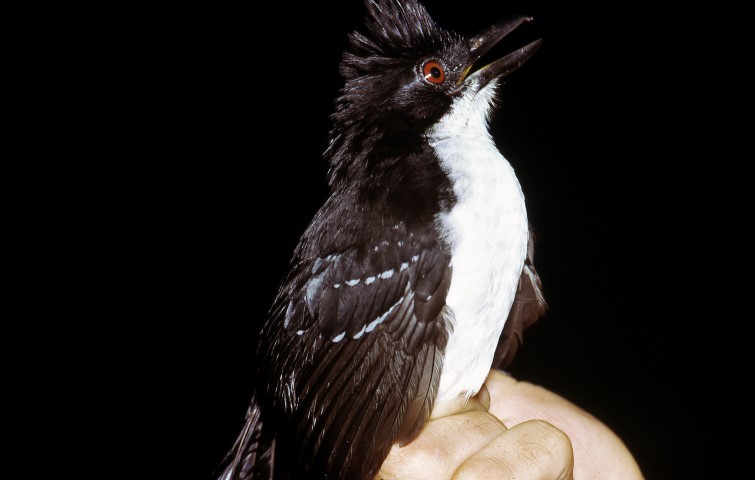 And finally some self-aggrandizing shots on the album (Greg found these in book 4). It’s me in grad school. 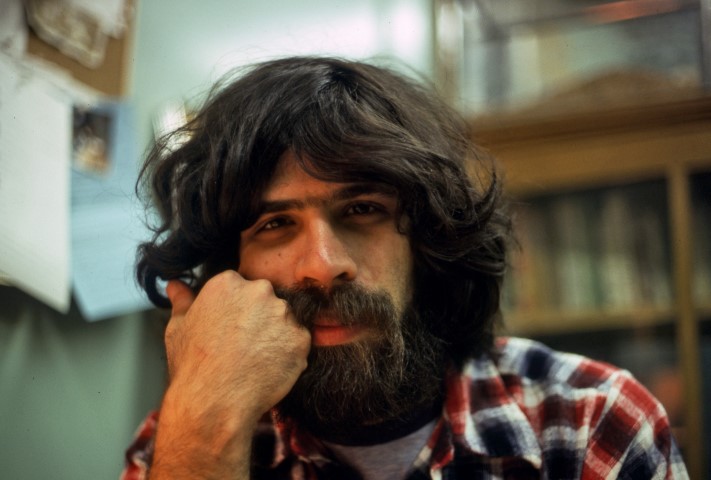 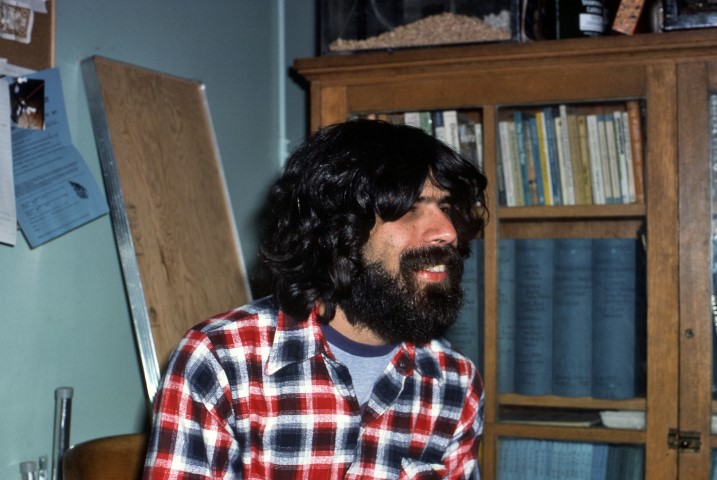 Me with B. Wu, a best friend of Ken and me in grad school (she wrote part of one of the memorials above): 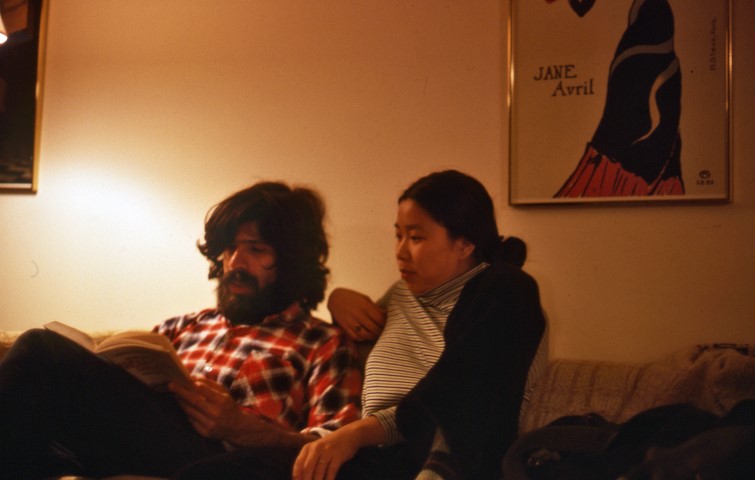 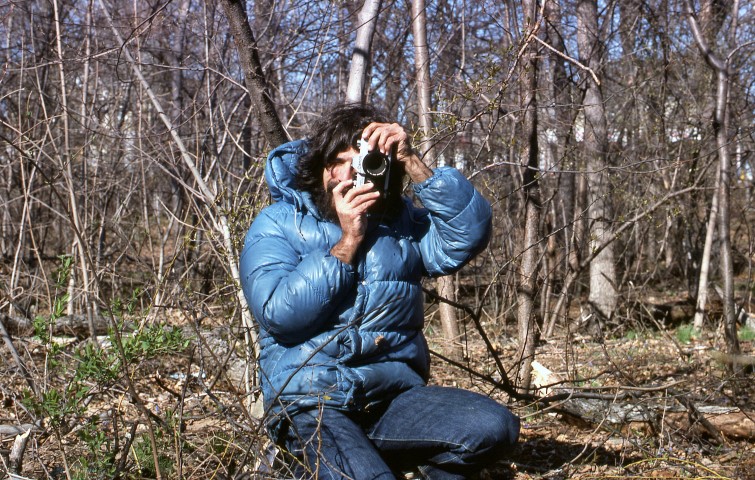 Turid Holldobler and I at a party at Burt and Turid’s house (he was a Harvard prof and buddy of Ed Wilson, she was a terrific artist who illustrated many of Ed’s books and did natural history art). Sadly, Turid is no longer alive. 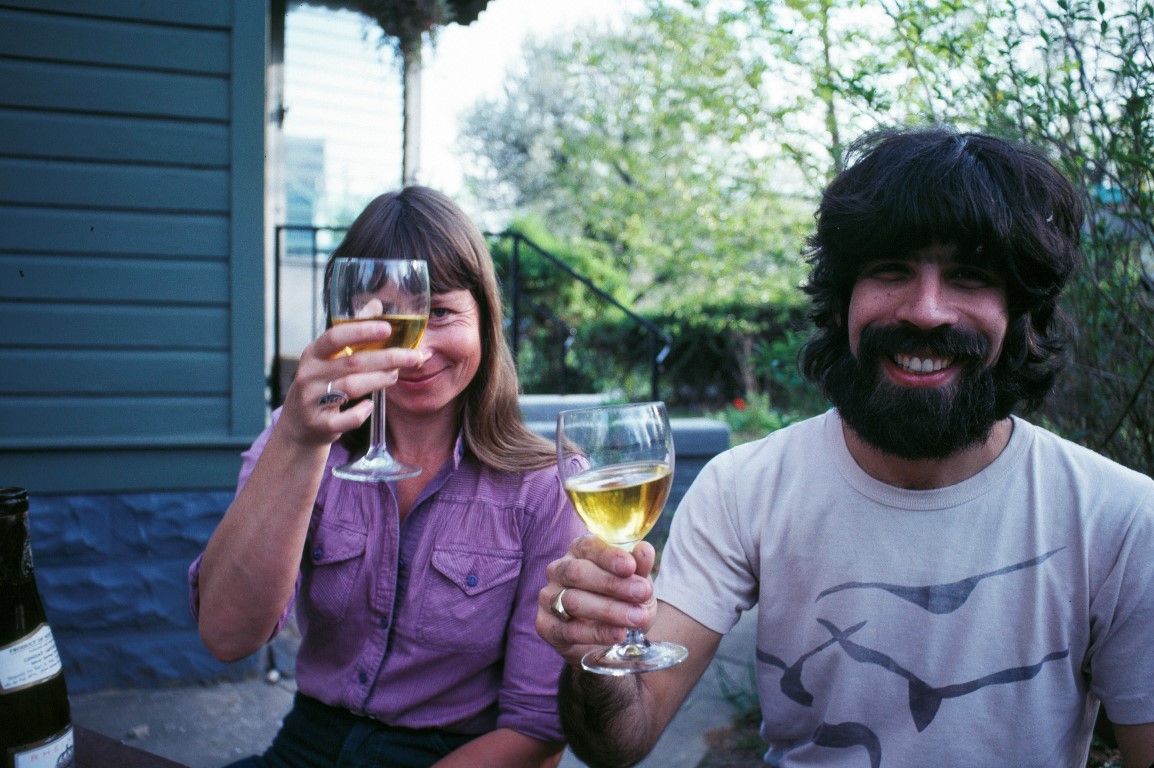 God, life would have been much more fun had Ken stayed with us!

37 thoughts on “Remembrances of Ken Miyata”