Here’s a three-minute video from The Dodo about an adventurous and sociable cat named Cathode (I love her name).  She kayaks, bicycles, skis, and parachutes!  And Cathode even gets her own helmet for riding a motorcycle.  Kudos to her staff Rèmy for giving her such a good life.

From Bored Panda (click on screenshot) we have the story of Kuli, a one-eyed Hawaiin cat who loves to surf and swim in the Pacific. Some notes:

Kuli, the one-eyed cat, has been surfing with his owners Alexandra Gomez and Krista Littleton for over a year in Honolulu, Hawaii. He was only 6 months old when he began riding waves.

Kuli, whose name means “to look blind,” is fine with water, probably because his owners used to bath him when he was recovering from eye surgery. The kitty was rescued from the streets when he was tiny and malnourished, weighing only one pound.

“His first time in the water, we just let him float on the board by himself near the shoreline and I would paddle around with him,” Ms Gomez told dailymail. “Before we knew it we were looking for waves to surf.” The kitty is safe and sound, he wears a life jacket when needed!

His owners even bought a board so he could join them surfing. (The theory is that because he required frequent baths for his eye injury, he got used to water.) 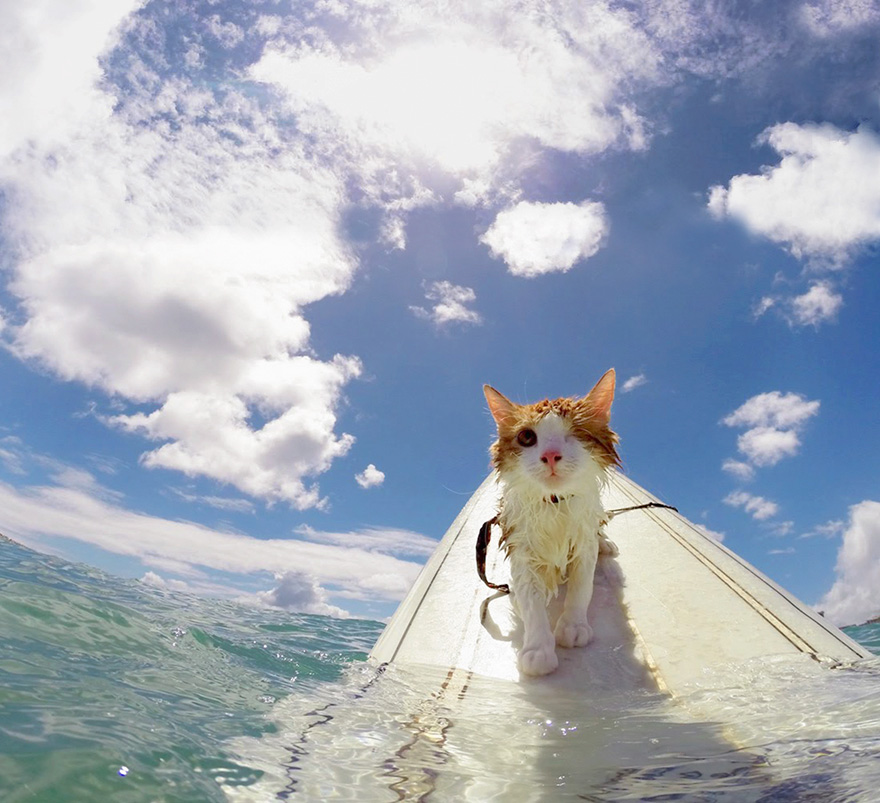 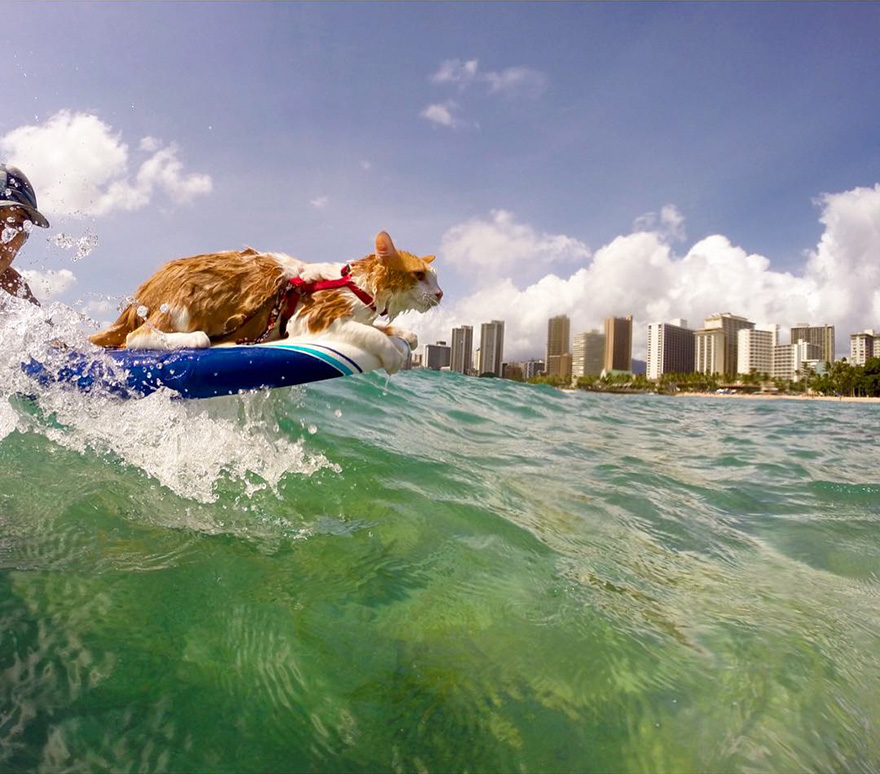 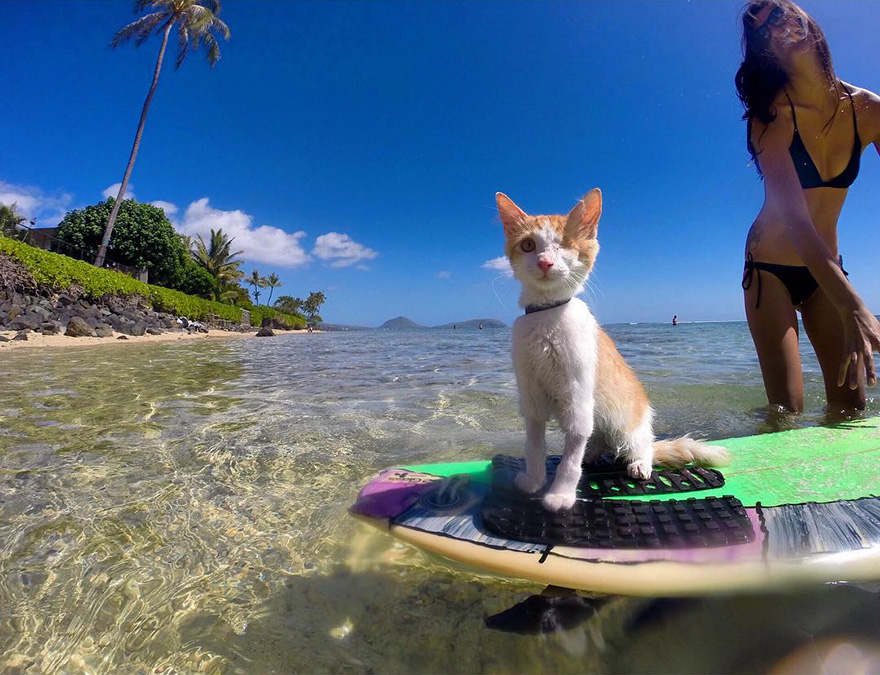 A gif of Kuli swimming:

And at this link there’s a video of Kuli surfing (click on previous link).

From We Love Animals we have a short tale of a packaging company in Shanghai (click on link):

This story was written by Angela Sy, an employee at Holmes & Marchant, a packaging agency in Shanghai.

“We have lots of office pets, almost all of them rescues! I share their transformation story and hopefully show that anyone can make a difference in an animal’s life,” Angela shared.

Recently, Angela shared a story on Bored Panda with the title “My colleague brought a pregnant stray cat into our office, now the family of nine has their own meeting room.”

According to her post, her colleague Yvonne was on the way to work when she met a heavily pregnant stray cat. The stray was thin and looked very young.

She sat outside the office building and meowed at people who passed by or walked in. “It’s like she was asking for help for her babies and herself,” Yvonne said.“

Despite being a stray cat, she was warm and sweet. She was so friendly that she immediately rubbed her face on anyone who gave her attention. 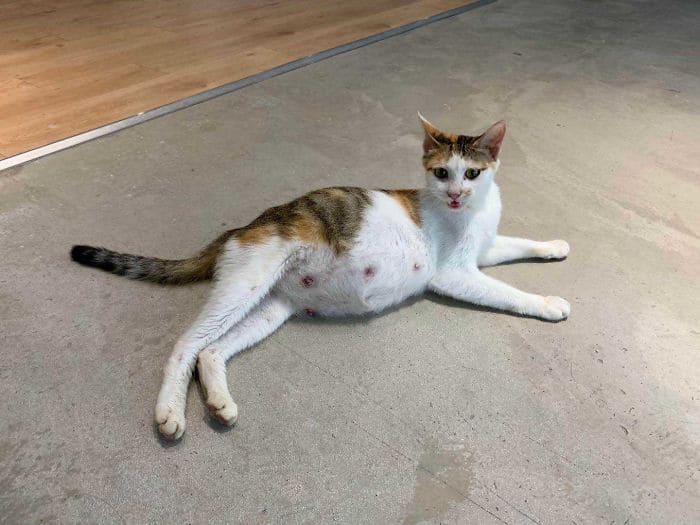 Luckily, Angela’s company had some cat owners who could give the pregnant mama some TLC to get her ready for her delivery date.

“We took her to our office and called her Boba because she was so round!”

“We placed her in a spare meeting room, where we prepared her a litter box, cushy bedding, and all the food (dry, canned tuna, fresh fish, milk) she could want.” 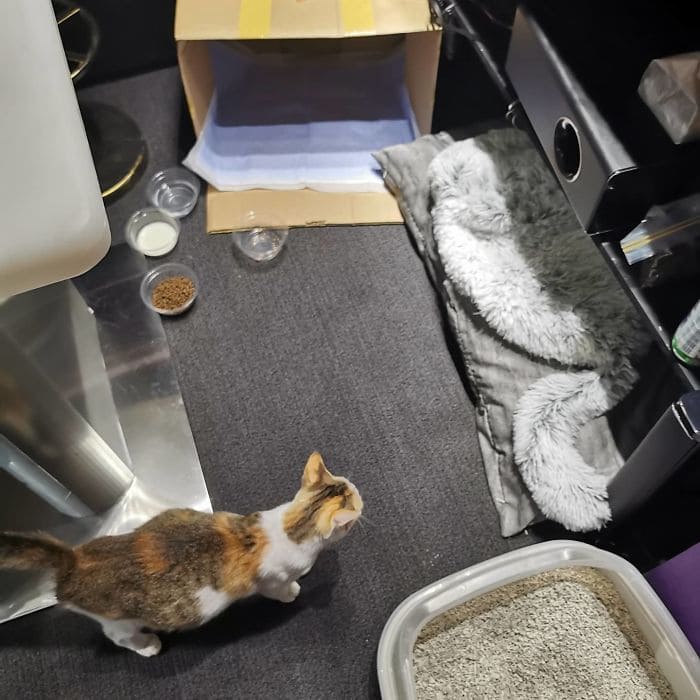 “There was a storm one night. When we came to work the next day, we found D-Day had arrived! Boba gave birth to eight kittens.” 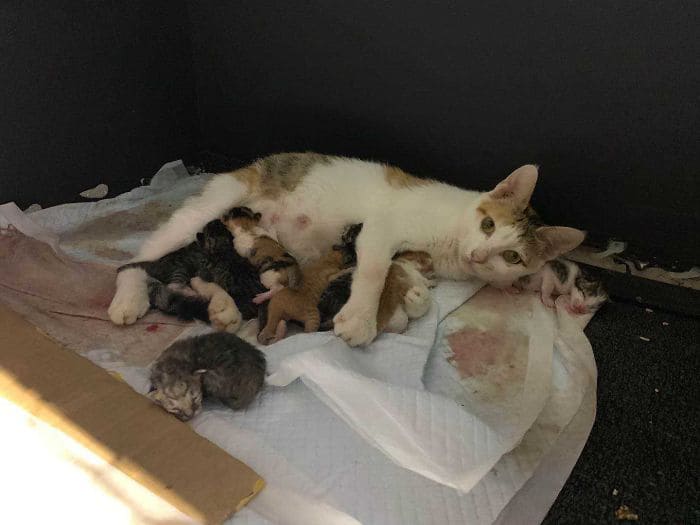 There were two gingers, one calico, and five tabbies 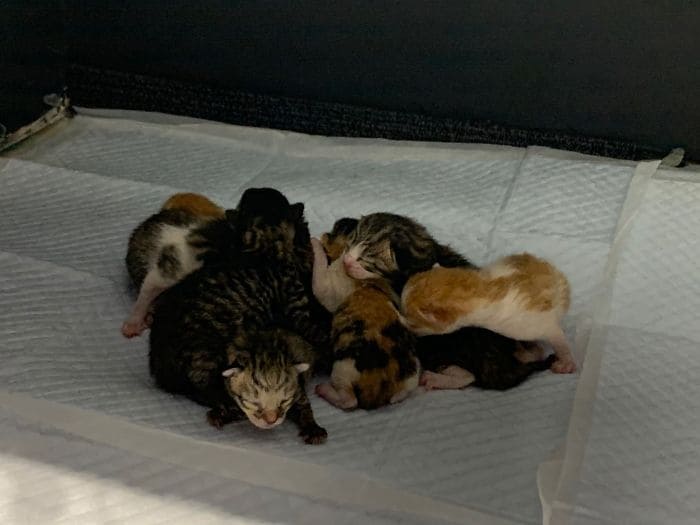 After two weeks, all kittens slowly opened their eyes! 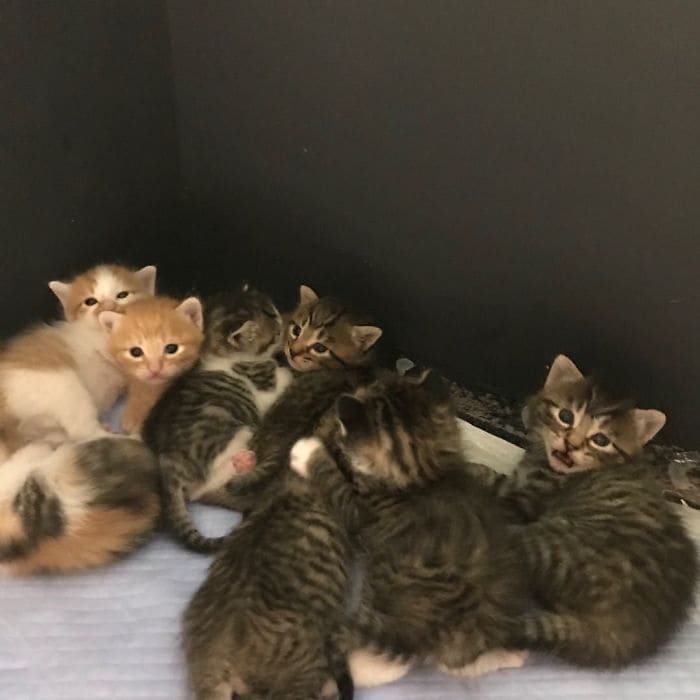 “When the kitties hit one month, we moved them to a bigger meeting room so they could all move freely” 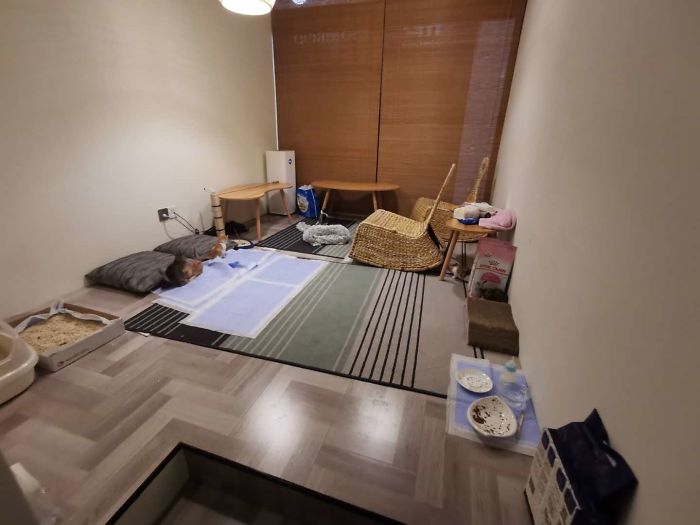 And now the office has its own equivalent of a cat cafè.

“One big family! Our officemates come to this room to visit the kitties or try to get some work done, no matter how impossible it is!” 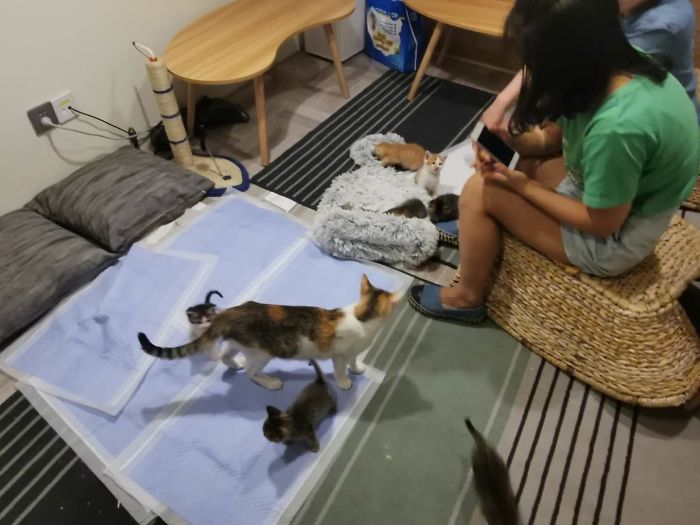 Boba is going to get neutered and they’re trying to find homes for all the babies. I love their names, some of which are given in the post:

I am teaching introduction to evolutionary biology at Wayne State University Detroit. This online winter semester, student Emily Smith shared the picture below showing her still less than a year old cat named Lux tending to our coverage of Darwin’s finches with clear interest. I thought it’s a classic, and suggested Emily to send it your way; she agreed.

Lux and a finch (which species?) 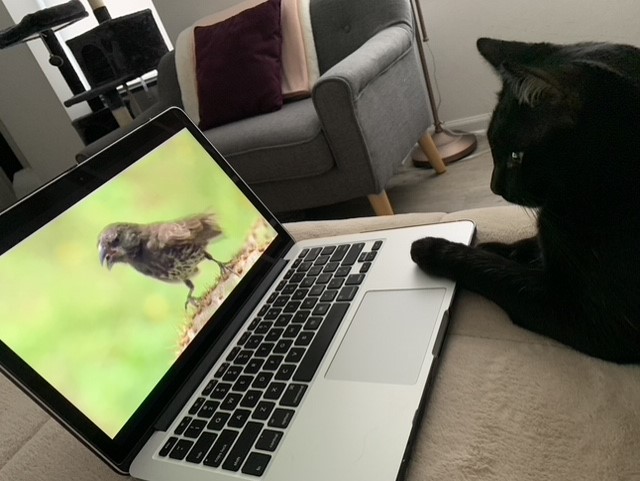