There’s not much news to post about during this Memorial Day weekend, so here’s a small kvetch about consumer prices.

We all know that gas has gotten more expensive, and in Chicago, City of the Big Gas Prices, petrol is inching up towards $4 per gallon (yes, I know that sounds cheap to Europeans). Gas prices in May were up 22% from a year ago. (I remember fondly when gas was 19¢ per gallon; but of course I couldn’t drive then.)

Here are a few other things that I notice have risen substantially in price during the pandemic:

a.) Meat (this is reported on the news as due to a shortage of meat-plant workers and truck drivers). I don’t eat much meat these days, but I do like my weekly or once-every-ten-days steak. (Duke Ellington had steaks every day, and often tucked a steak sandwich in his pocket.) The small T-bone I bought yesterday was normally $16/pound for choice grade, but it was on sale for $6.99.

b.) Grocery prices in general. As CBS News reports:

Demand for groceries rose 11% because people hunkered down at home, putting pressure on suppliers, which drove up food prices.

“This’ll start changing as people shop less at grocery stores and as they go out more to restaurants,” said Feler, who doesn’t think it’s the start of an inflationary period. “This is very different than 1970s. Consumers have a lot more power these days.”

But consumers can still expect basics like toilet paper, diapers and toothpaste to cost more. Procter & Gamble, Kimberly-Clark and Coca-Cola announced that they are increasing prices because they’re paying more for raw materials in short supply.

As I’ve said before, toothpaste is one of the great ripoffs for the American consumer. If you can get Pepsodent for $1 per tube, which you can, then equivalent toothpastes, which can cost three or four times as much, are true ripoffs. Now, of course, I use a special and expensive prescription extra-fluoride toothpaste for my aging choppers, so the days of Pepsodent are gone.

Bob Vila gives a list of ten grocery items with the biggest price increases during the pandemic, with some suggested alternatives. Among the overprices goods are canned tuna, dairy products, cereal, and fruit & veg. Can you believe that I paid 88¢ for a single green pepper yesterday? I wouldn’t have done that if I didn’t have a hankering for tortilla, refried beans, and sauteed green pepper.

c.) Haircuts. Before the pandemic I would pay $22 for a haircut and $20 if I got it on Tuesday (“cheap day”). When I got one yesterday, it was $30. That is at least a 36% increase in price. (The tip was correspondingly increased as well.) I’m not sure why the price increase, unless it’s to make up for money lost during the pandemic when barber shops were closed. Is this true for other readers who visit the tonsorial parlor? (Yes, I know that women have to pay more for haircuts, which I regard as a reprehensible act of shaking down that sex.)

But at least I look reasonably unshaggy: 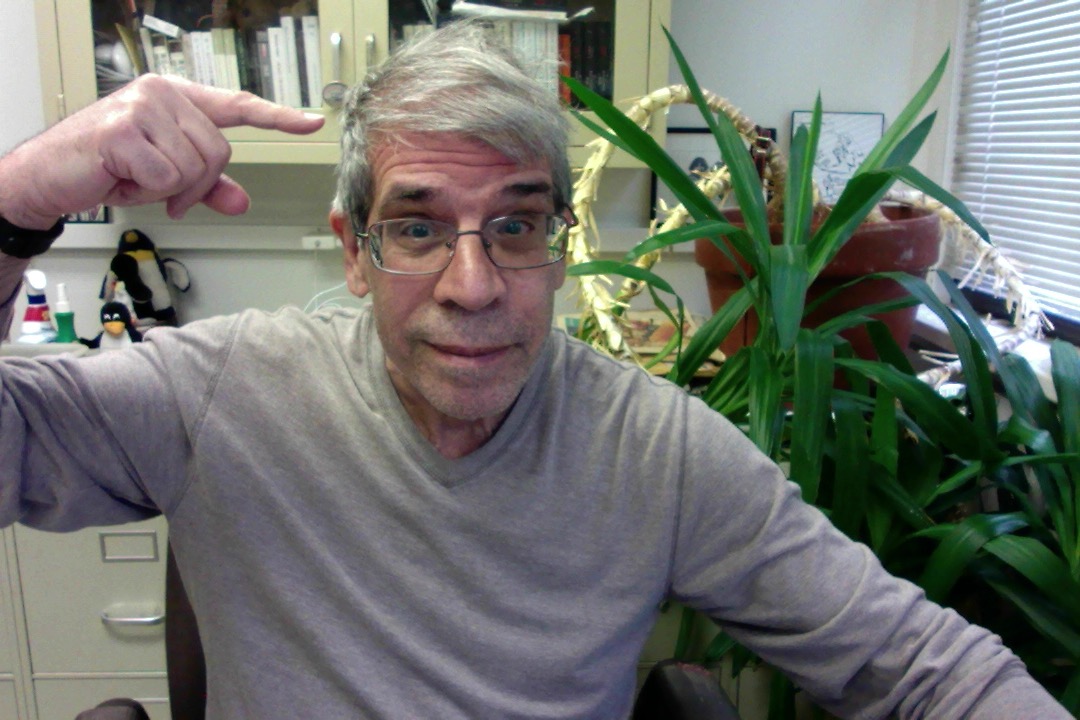 d.) Stamps. The U.S. Postal Service is about to increase the price of a first-class stamp from 55 cents to 58 cents, an increase of 5.5%. Stamp prices keep going up faster than the cost of living, despite the increasingly poor quality of USPS delivery. Were I smart, I’d buy a few hundred dollars of “forever stamps”, which have no printed value and are good for first-class letters forever.  But something seems wrong about spending so much money on stamps at one time. The Post Office seems to be run by a bunch of chowderheads and I’ve noticed that for some reason Post Office employees seem to be mean.

What have you found that is overpriced these days? I can understand some explanations as reasonable, for example the rise in meat prices, but other stuff, like my haircut, seems like simple price-gouging, with the pandemic being a reason to raise prices in the hopes that people will ascribe it to the virus.