The weekend is fast approahing: it’s Thursday, May 20, 2021: National Quiche Lorraine Day. It’s also Hummus Day, Pick Strawberries Day, Flower Day, International Red Sneakers Day (?), National Apértif Day (make mine a green Chartreuse), National Rescue Dog Day, as well as Josephine Baker Day (an honor from the NAACP), World Bee Day, and World Metrology Day (note that it’s not “Meteorology”; today’s holiday has to do with weights and measures, not weather, as you can see below).

Perhaps you didn’t know that Baker had a pet cheetah named Chiquita that she walked on a leash. See?: 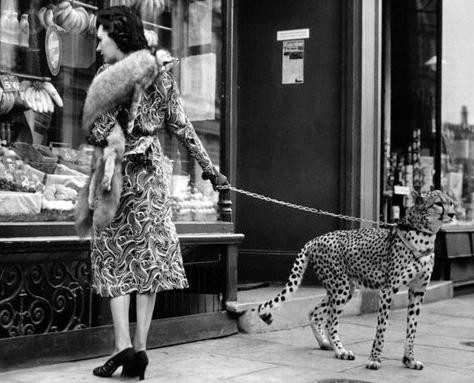 Four thousand five hundred and twenty-nine. That was yesterday’s death toll from Covid in India, the highest death toll for any single day in any single country during the pandemic. That’s about one person every twenty seconds, and that is surely an underestimate of the toll.

Lock Him Up Department: The office of New York’s attorney general announced that it’s launched a criminal probe into the Trump organization’s business practices, expanding what was previously a civil investigation. This is separate from the Manhattan D.A.’s own criminal probe, which has been going on for four years. Trump, of course, has decried the investigations as “witch hunts,” but will we someday see the Orange Man in an orange jumpsuit? An excerpt:

[Attorney General Letitia James’s]disclosure of a widening investigation is not necessarily an indication that she is planning to bring criminal charges. In New York, if that were to happen, the state attorney general can do so through a county district attorney, like Vance, or with a referral from Gov. Andrew Cuomo or a state agency.

James’ civil investigation and Vance’s criminal probe had overlapped in some areas, including examining whether Trump or his businesses manipulated the value of assets — inflating them in some cases and minimizing them in others — to gain favorable loan terms and tax benefits.

Vance’s investigation also included a look at hush-money payments paid to women on Trump’s behalf and the propriety of tax write-offs the Trump Organization claimed on millions of dollars in consulting fees it paid, including money that went to Trump’s daughter, Ivanka.

Here’s the NYT’s “live” section on the Israel/Palestine crisis. Is something missing here?

Here’s an Atlantic science article you’ll want to read. Where did your butthole come from (in an evolutionary sense)? Click on the screenshot to read (h/t Paul):

Stuff that happened on May 20 include:

Here’s the map from that atlas. Not too bad for 1570, eh? South America is a bit pudgy, but otherwise it’s passable: 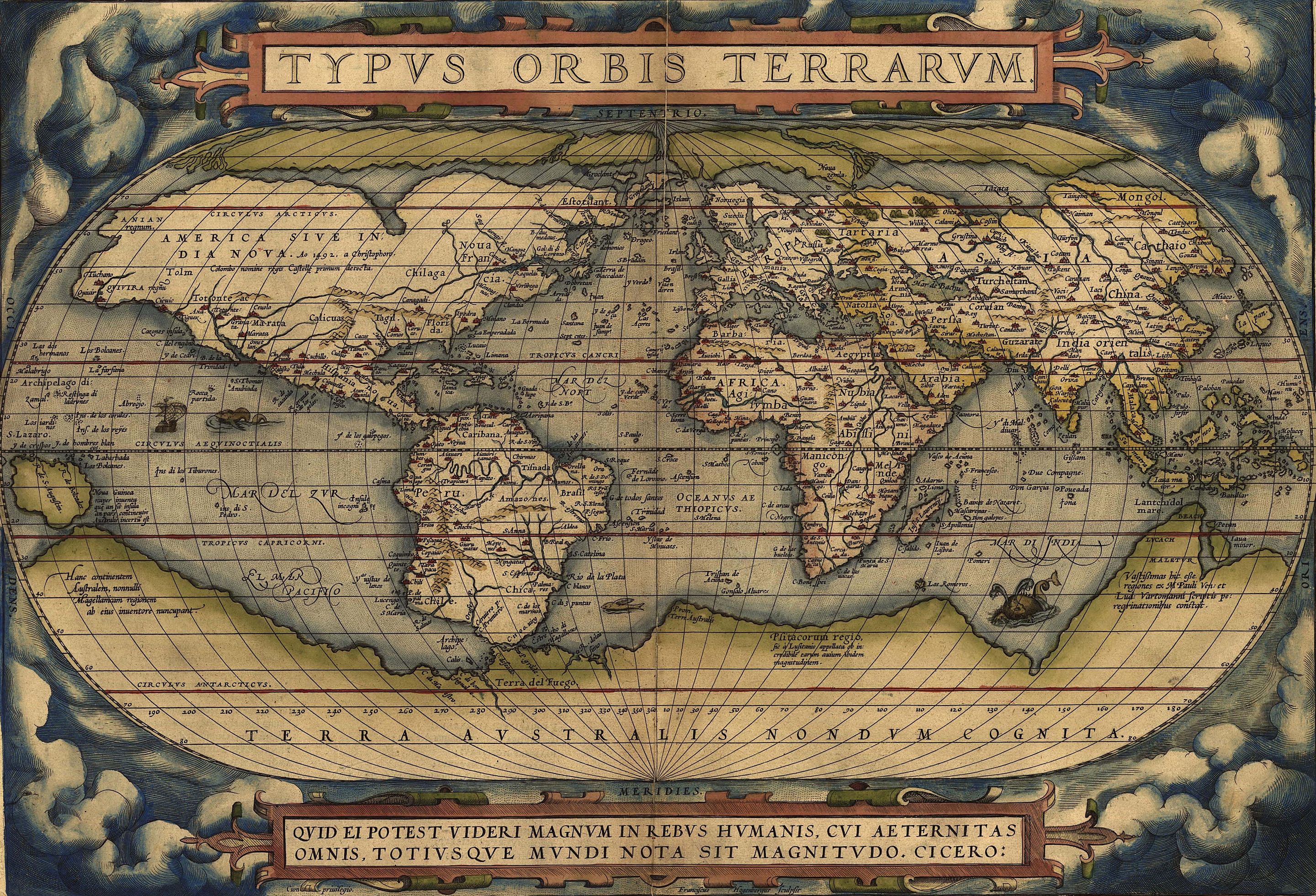 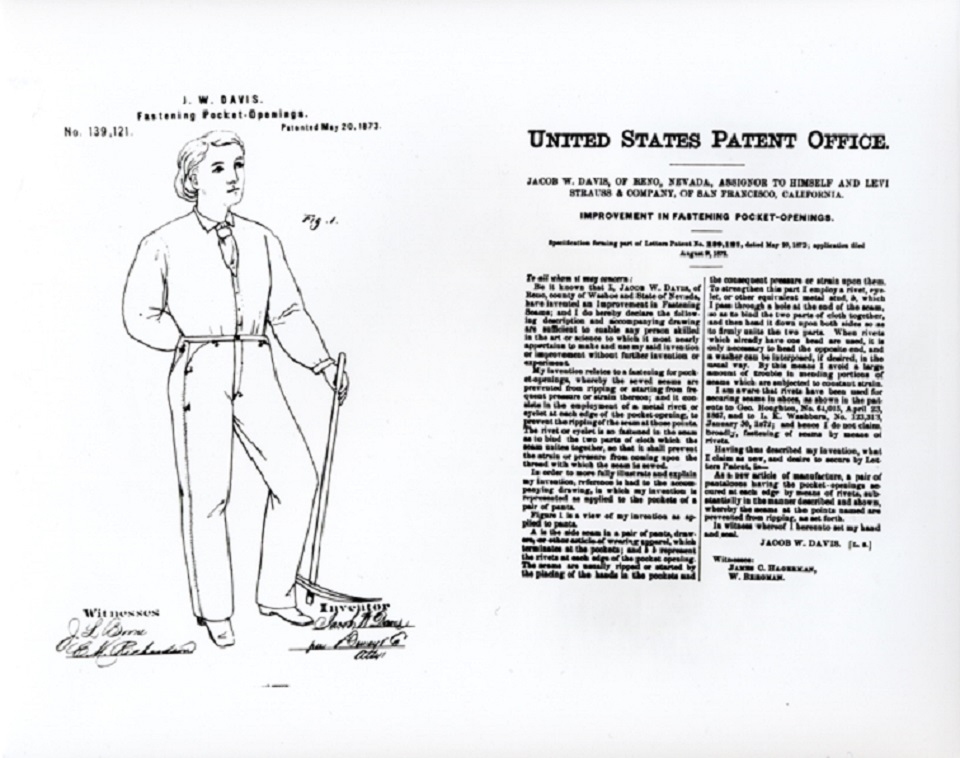 How long is a meter? Wikipedia says this:

Here’s a video of Earhart leaving Newfoundland in her Lockheed Vega:

Here are suitcases I photographed eight years ago in Auschwitz; they were taken from arrivals, who were promptly gassed. Note the carefully written addresses and Star of David. I recommend everyone visit Auschwitz at least once in their lives. You will never be the same afterwards. 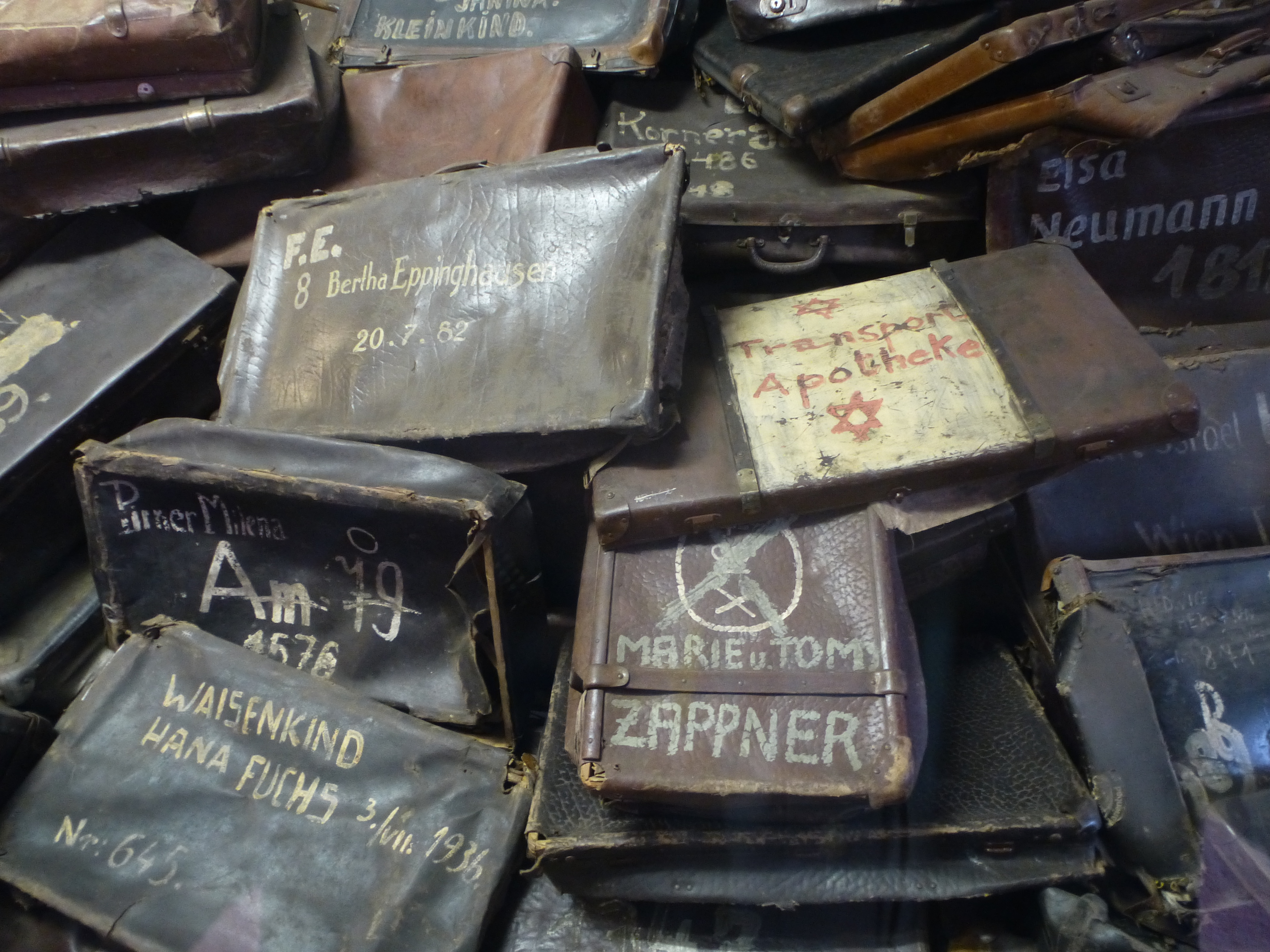 Here’s a YouTube video of the explosion. God lord!

Both Wilson and Penzias received the 1978 Nobel Prize in Physics for this discovery.

I wonder if the vote would be close to this today.

And here’s the Wikipedia history of how the kilogram was defined:

The kilogram was originally defined in 1795 as the mass of one litre of water. This definition was simple yet difficult to use in practice. However, even modern, superceding definitions of a kilogram are accurate to within 30 ppm of the mass of one litre of water. In 1799, the platinum Kilogramme des Archives replaced it as the standard of mass. In 1889, a cylinder of platinum-iridium, the International Prototype of the Kilogram (IPK) became the standard of the unit of mass for the metric system, and remained so until 2019. The kilogram was the last of the SI units to be defined by a physical artefact.

The kilogram is now defined in terms of the second and the metre, based on fixed fundamental constants of nature. This allows a properly-equipped metrology laboratory to calibrate a mass measurement instrument such as a Kibble balance as the primary standard to determine an exact kilogram mass, although the IPK and other precision kilogram masses remain in use as secondary standards for all ordinary purposes.

Here’s Cocker’s famous performance “With a Little Help from My Friends” at Woodstock in 1969. Remember when John Belushi imitated him when they were standing next to each other?

Those whose neurons ceased firing on May 20 include:

Gilda was fantastic, and it’s terribly sad that she died so young. Here’s her skit of The Judy Miller Show from Saturday Night Live:

Meanwhile in Dobrzyn, Paulina continues to stalk the kitties with her camera:

Hili: I was missing you.
Paulina: Really?
Hili: Yes, nobody took my pictures for 10 minutes.
(Photo: Paulina R.) 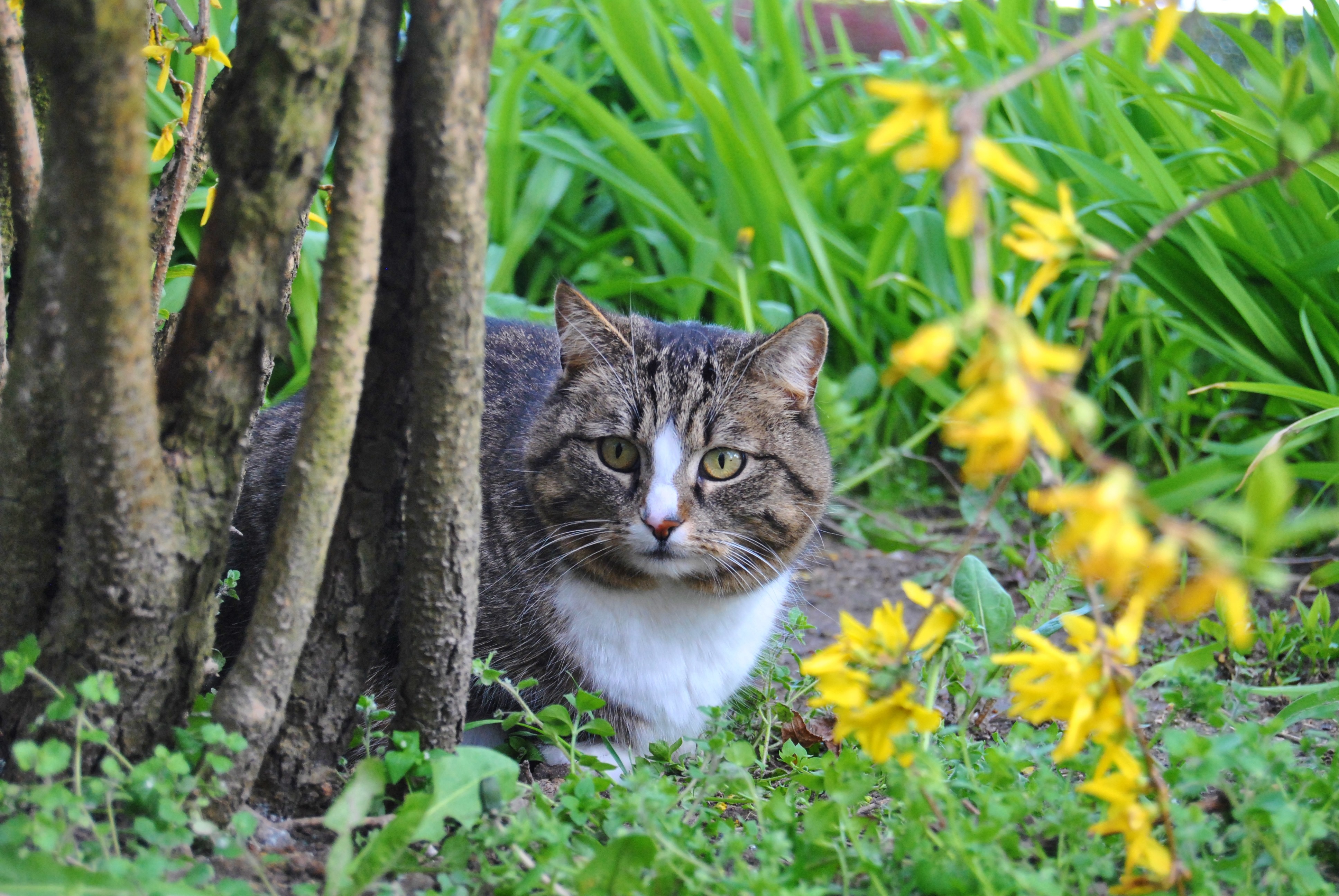 And we have a Mitek monologue, but the statement is cryptic:

Mietek: VIgilance is an attitude.

A meme from Pyers, though I don’t know why physicists fall into the “playing with mice” category. 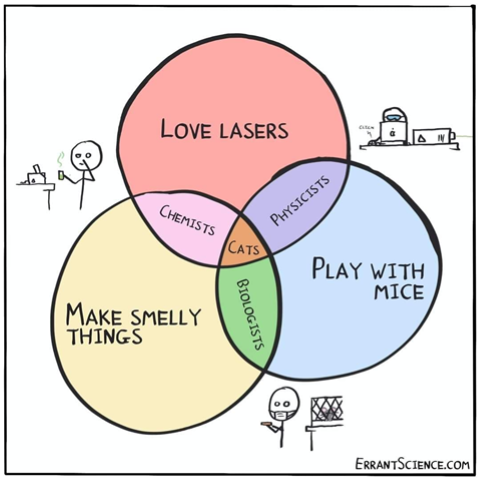 From Woody. Hisses, anyone? Yes, there are some cat lovers who would pay half a buck for a hiss! 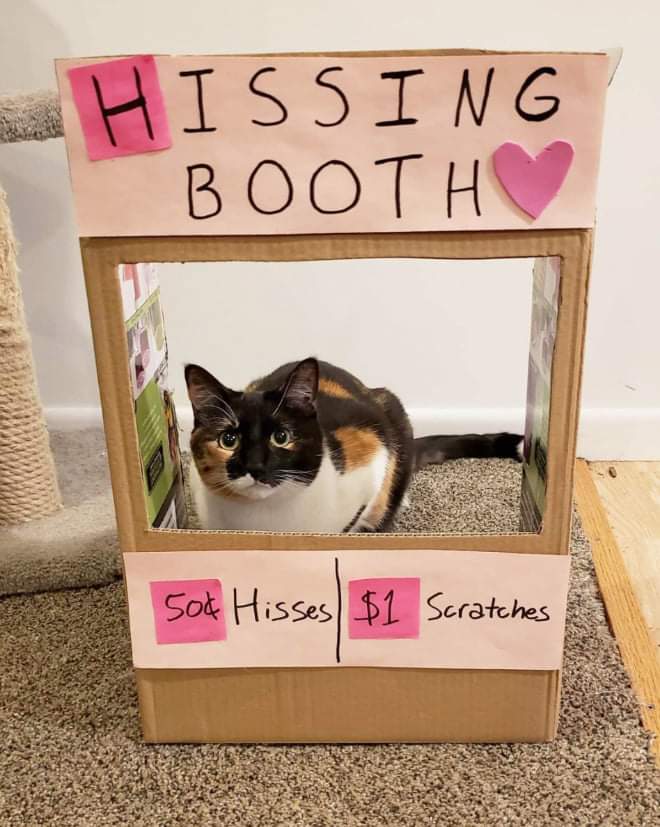 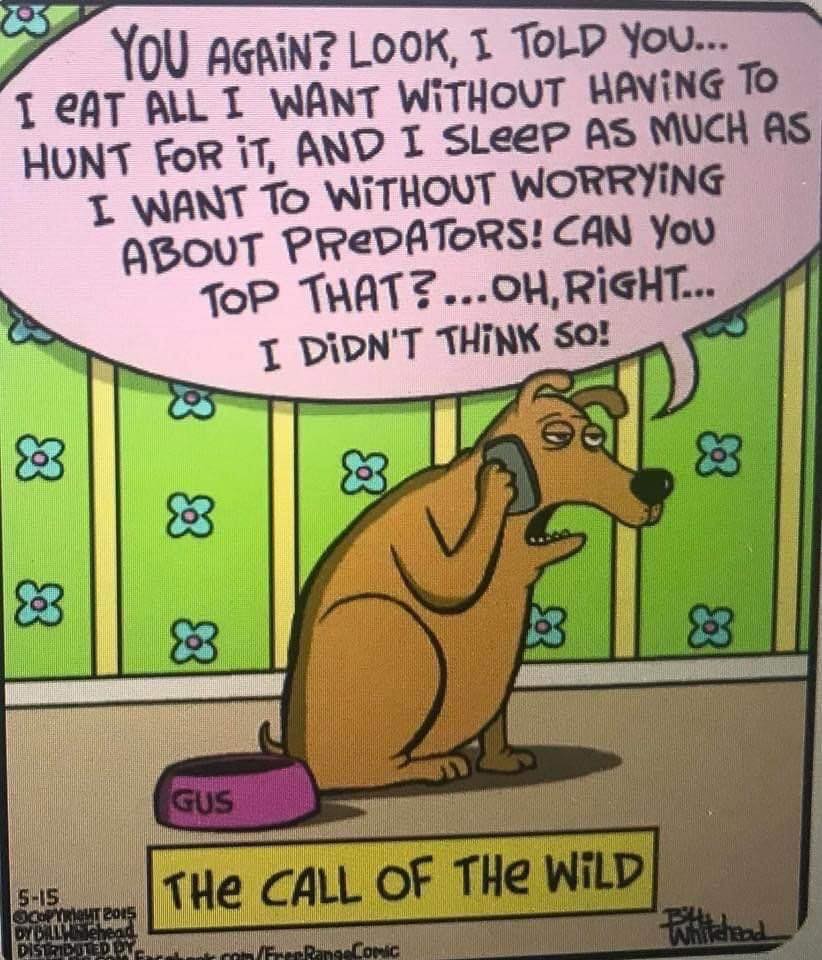 From Frank, an example of interspecies bonding. Grania would have loved this;

Golden retriever who was an only child gets a new kitten — watch them compete for kisses from Dad 😍 pic.twitter.com/eixYc1eaqZ

A tweet from Luana. Do we even have a chance against the Russkies?

From Ginger K., a lovely diagram of how the solar system moves about:

How the Solar System moves.

Tweets from Matthew, and this one is personal.  Drosophila workers used to get all their fly bottles as used milk bottles, often with dairy emblems on them. They’re no longer used, but I still keep some like this for sentimental reasons.

From the 1920s to the 1970s, my grandfather and his son, Brian, ran a dairy/milk round/shop in Dagenham, called Ashbrook Dairy. I just bought this embossed milk bottle on ebay for a few quid. pic.twitter.com/Annb3Zk6D4

What a lovely honorary cat!

Look at this patchy beauty! In 1902 8 black Gray Squirrels were released in DC & spread. The mutation causing black fur may have come from hybridizing with fox squirrels. Not sure why this one has a red tail, but squirrels do have a lot of color variation!https://t.co/3QOApLZGCF pic.twitter.com/4XNHlcixxV

Yes, goslings are adorable, cute, and sweet, but they grow up into those big aggressive honkers!

Some cute yellow fluff balls to rest your eyes on this evening pic.twitter.com/E9CCYpbUel

One of the many craneflies that mimic wasps. The second tweet shows it flying around the base of a banana tree:

More about this beautiful female of Ctenophora ornata that I found in the middle of the city of #Barcelona right now #craneflies https://t.co/CaZbxu0aiN pic.twitter.com/k8dmOmKg4C