Good morning on Tuesday, May 11, 2020: National “Eat What You Want” Day. But why the scare quotes? Are we supposed to want only healthy food like carrots and broccoli? On the bad-food side, though, it’s Hostess CupCake Day (a staple of my school lunches, and first sold on this day in 1919).  I also liked Twinkies, but my favorite were the marshmallow-and-coconut covered Sno-Balls. I wonder if they still make these: 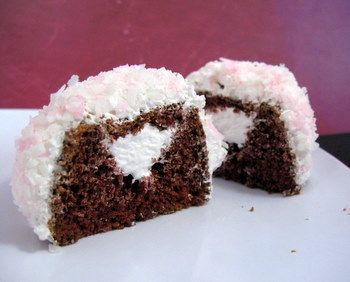 Hamas fired more than 50 rockets into Israel in the last two days; Israel responded with airstrikes. This is a complicated situation, but there’s no excuse for firing rocket at civilians. The odd thing is that the Palestinian rockets were aimed at Jerusalem for the first time in seven years, and Palestinians themselves could have been killed. Nevertheless, they applauded the attacks.

A survey of mainstream media shows a fair amount of venues that don’t even mention in the headlines the instigating Gaza rocket attacks. Here’s one from the Washington Post:

I would call that blatantly dishonest journalism. “Palestinian officials say”: only one side quoted. This kind of biased reporting is reprehensible. The situation overall seems unresolvable.

Ever eaten a banana peel? Probably not, but if you have the curiosity (I don’t), the New York Times offers a number of recipes for the inedible peel, including some from Nigella Lawson.

The travails of the rich: The Guardian reveals that Gwynnie (see screenshot below),driven to distraction by the quarantine (and apparently not distracted by her millions), broke down in a big way:

In the latest celebrity attempt to prove they had it just as hard as normal people in the pandemic, Gwyneth Paltrow has admitted she was driven to extremes during quarantine.

Things got dark. She admitted to drinking as many as two cocktails a night during lockdown (quinoa-based whiskey cocktails, of course); and even sometimes eating bread and pasta – shock, horror! 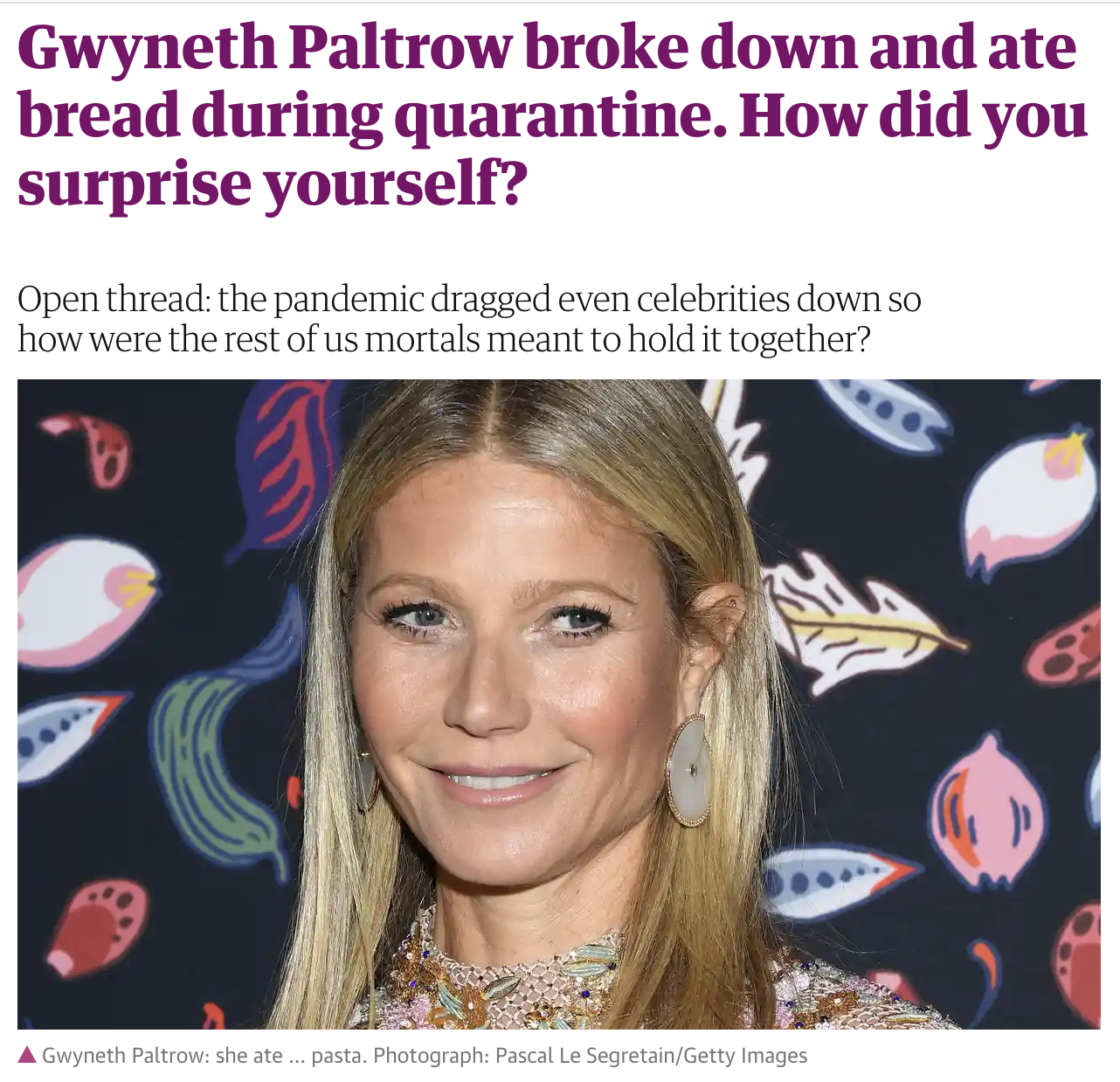 Today is a thin day in history. Stuff that happened on May 11 include:

Here’s the frontispiece of that book, which was blockprinted from carved wooden templates, not made from movable type like the Gutenberg Bible: 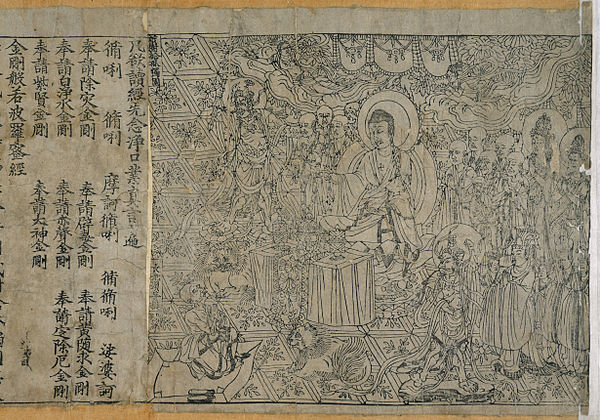 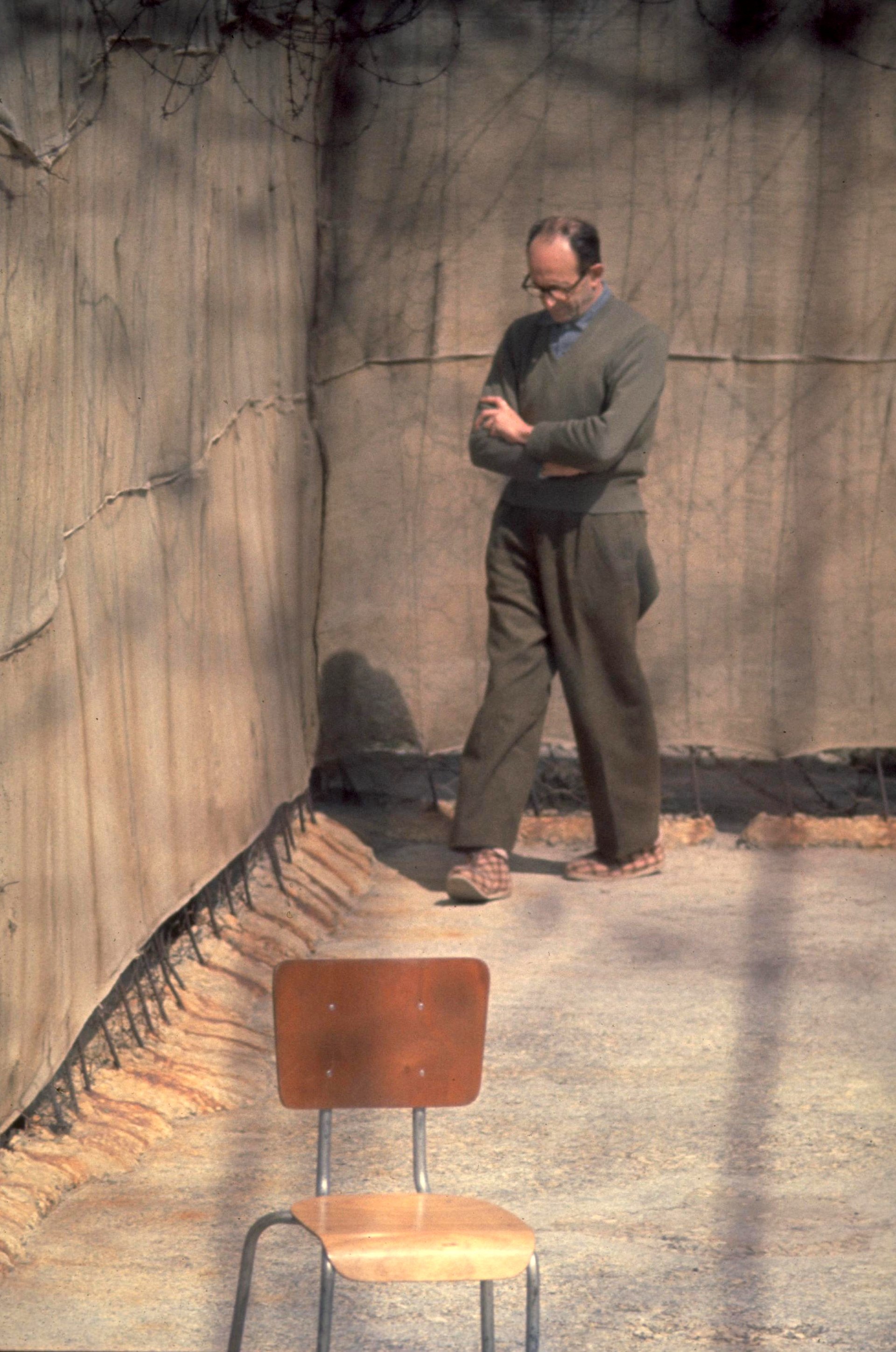 In 1964 Norman Rockwell exemplified the whole tenor of the era with this one painting, “The problem we all live with.” It is a great painting; note that the n-word is written on the wall, which we wouldn’t see in any modern rendition. This painting appeared on the cover of Look magazine: 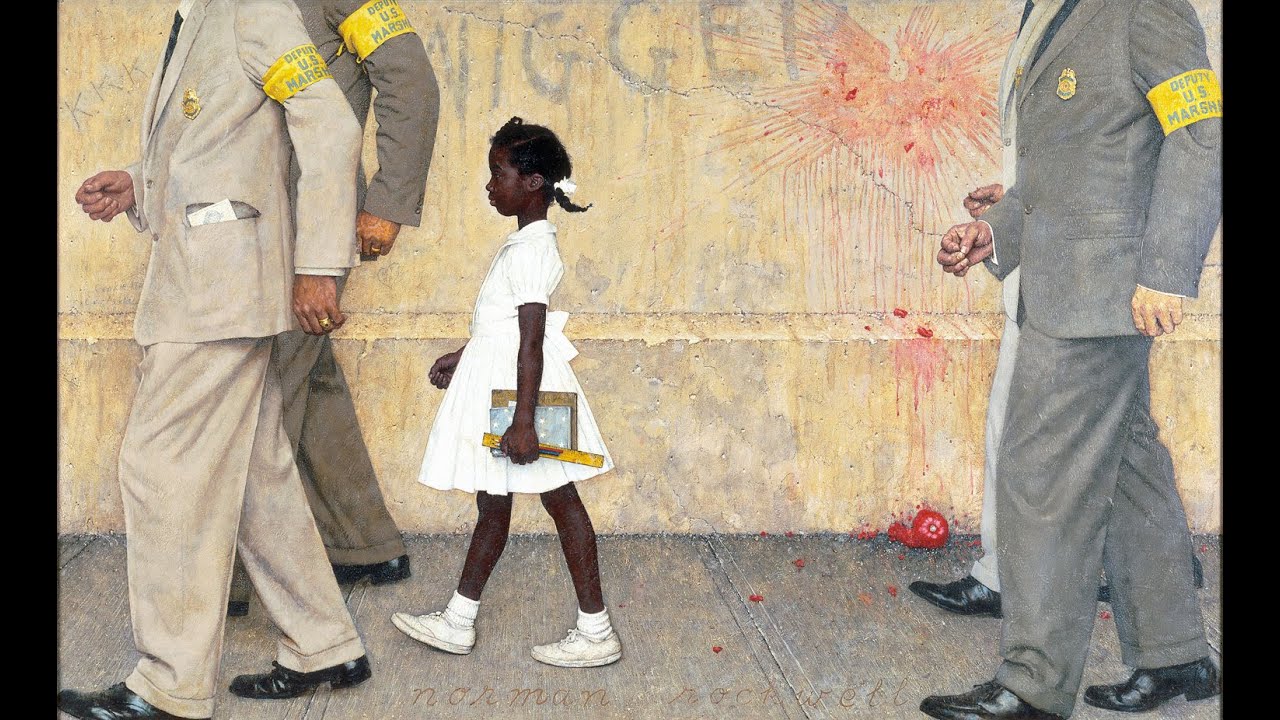 The Battle of the Titans: 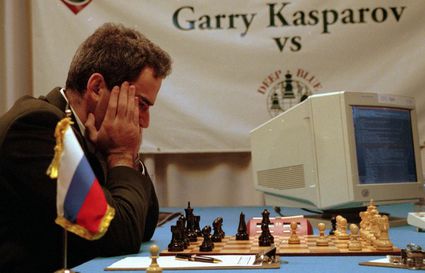 Here’s Burdon with one of the worst songs ever recorded:

Those who shuffled off this mortal coil on May 11 include:

Here’s flat with Earl Scruggs performing “Earl’s Breakdown”. This should wake you up!

And here’s Marley doing “Stand Up, Get Up” in Munich in 1980, the year before he died of melanoma.

Meanwhile in Dobrzyn, Szaron is being nice to Hili: 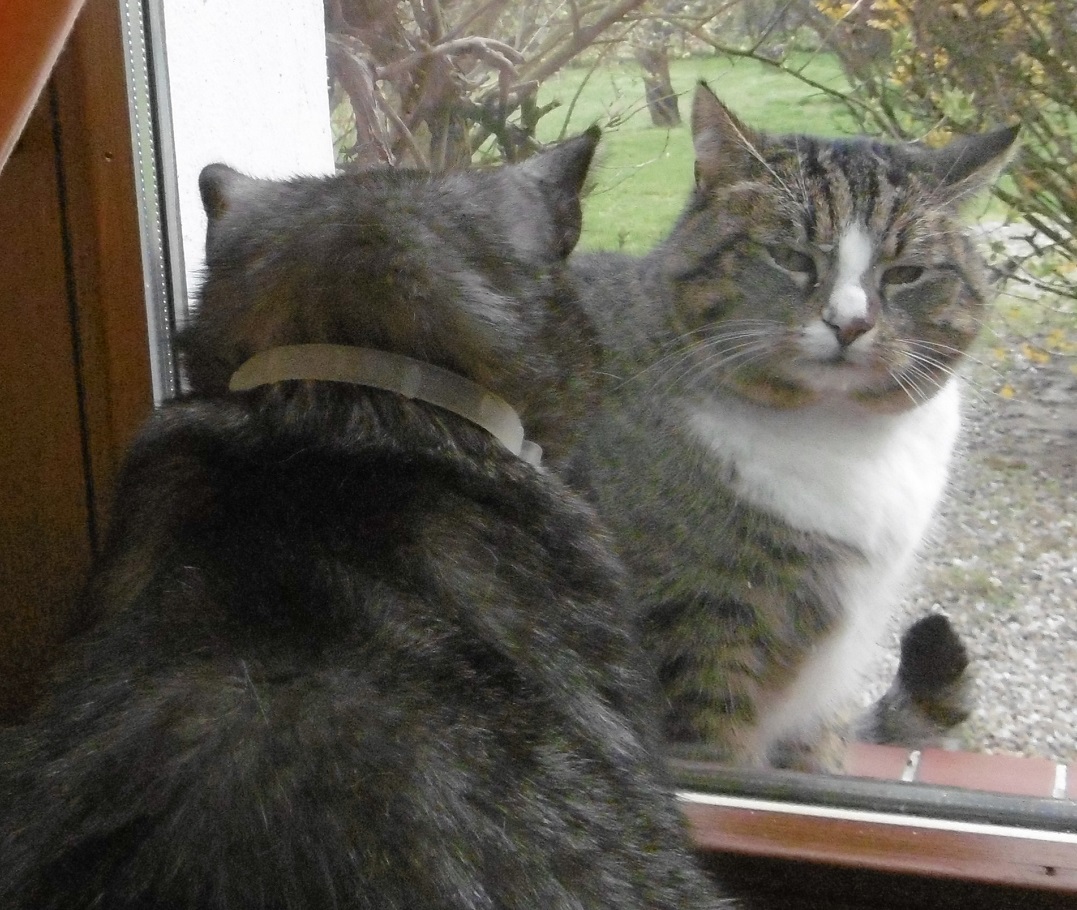 Here is little Kulka having a lie-down: 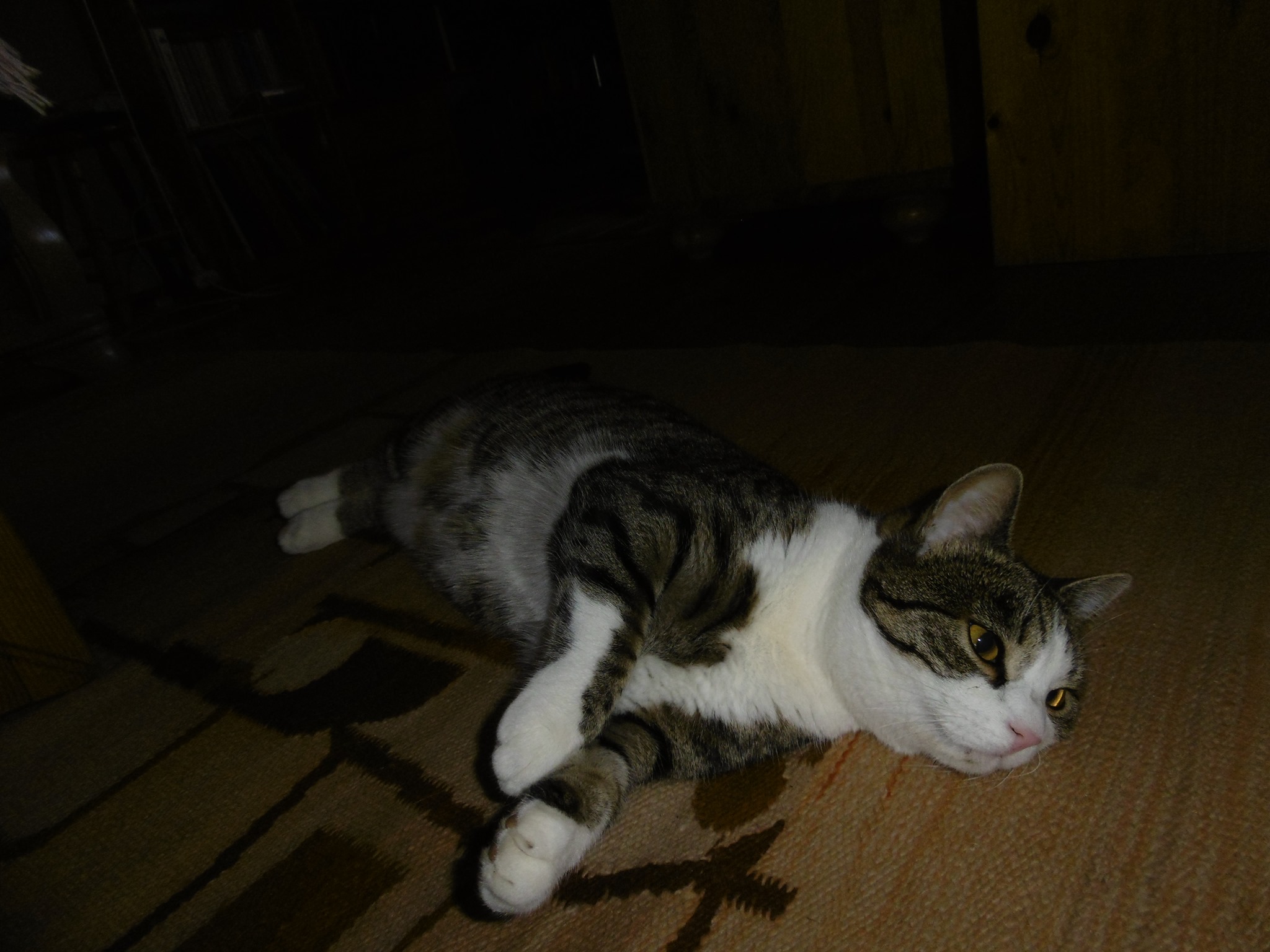 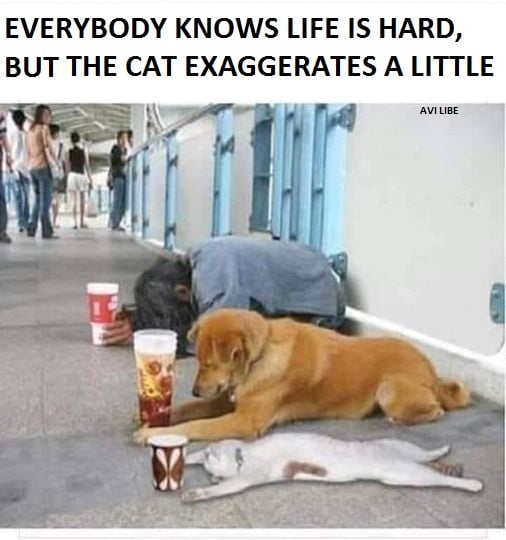 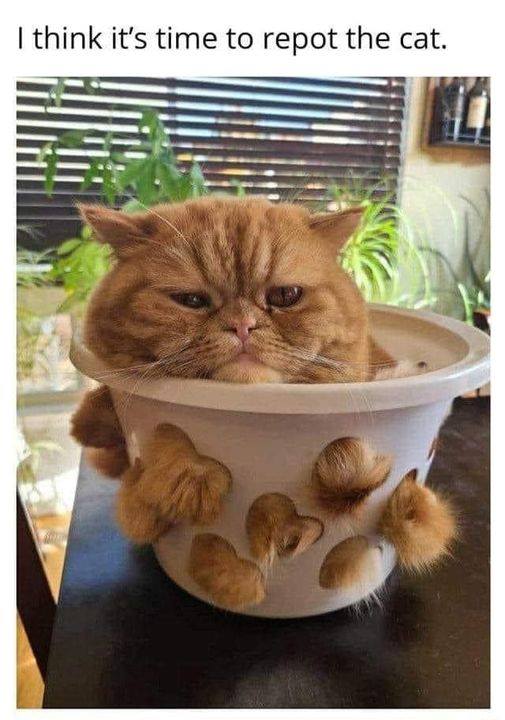 From Pradeep. Not only is there a gun, but there are bowling pins and ducks! 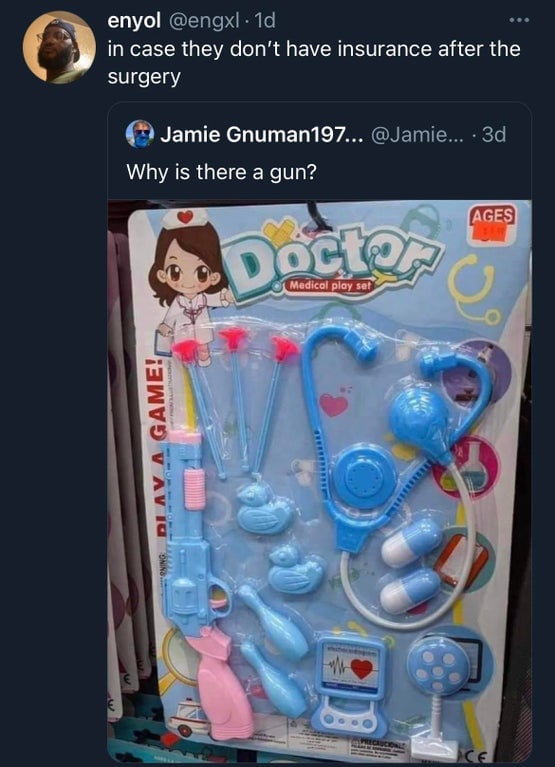 A tweet showing Ricky Gervais saying goodbye to his dog at the vet’s (it’s a television scene, but still so sad):

Probably the saddest scene in the history of television. @rickygervais pic.twitter.com/QsAf6LpXQO

From Dom, who says he too can’t stop laughing at this.

I can't stop laughing at this pic.twitter.com/EzjMSLyqtd

Sent by Luana, and it seems pretty accurate:

This masterpiece from grievance studies scholarship takes the view that walking on two feet is an oppressive social construct because "teaching people to walk upright reinforces ableist norms."https://t.co/PkyBaGGtnW

Tweets from Matthew. An incompetent cat (almost an oxymoron):

Allow me to present to you the most unsuccessful sneak attack of all time.

Just think of how many amazing adaptations occur on such small scales that we don’t see them. Here’s one. Read the thread to understand the adaptation:

The lengths some mothers go to.

Why? Read the thread to find out.

Yes, but how many mated?

Extraordinary. Mating grass snakes with 3 males competing for the female. A 1st and probably a once in a lifetime experience and in our garden too… Yesterday in the evening sun. Excuse wobbly video – hand held at 500mm. pic.twitter.com/zRezn3aNsZ

Sophie Scholl’s last words before, at 21, she was decapitated by the Nazis for being part of the White Rose resiistance. I believe Scholl spoke these on the way to the guillotine.

A new stamp has been released to commemorate Sophie Scholl's 100th birthday.

The stamp features a photo taken by her brother & some of her last words:

"It is such a splendid sunny day, and I have to go. What does my death matter if by our acts thousands are warned and alerted." pic.twitter.com/Rnxs1ESTk3

This is most likely the guillotine on which the Scholls and hundreds of others were executed by the Nazis:

From an excellent movie about the White Rose resistance; the final scene.  This always distresses me, but I watch it nonetheless. There’s no gore but it’s ineffably sad as she says goodby to her brother and her comrade before a perfunctory sentence and execution.