Today’s photos come from regular Mark Sturtevant, whose captions are indented (the links are also his). You can enlarge the photos by clicking on them:

First up is our largest skipper butterfly, the silver-spotted skipper (Epargyreus clarus), named after the large silvery spots under its wings. These tend to perch with their wings up, but this one wanted to be different. 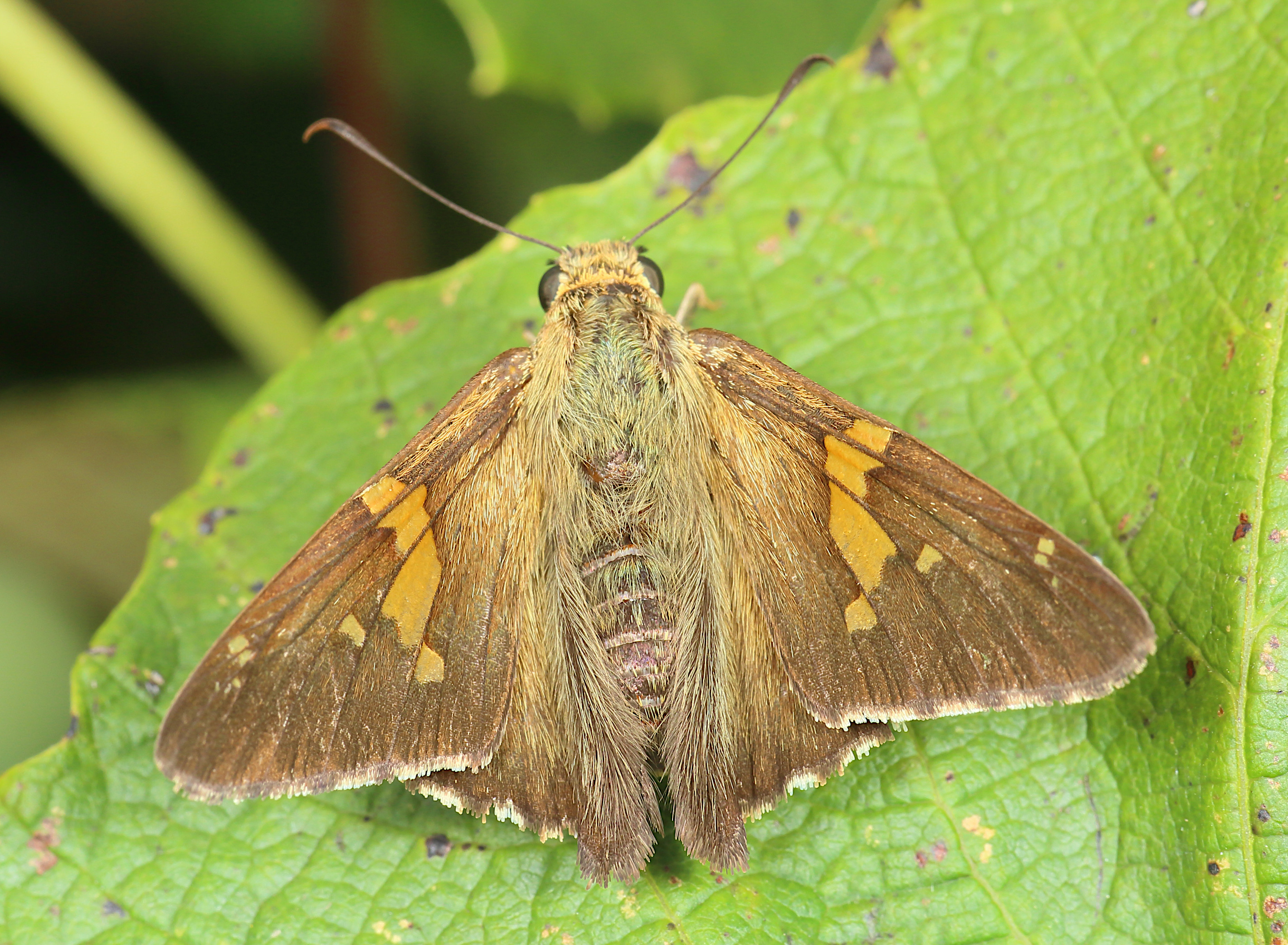 Next is a super common late season caterpillar, the fall webworm (Hyphantria cunea). They are everywhere late in the summer, feeding on a wide range of host plants. Fall webworms are in the tiger moth family. 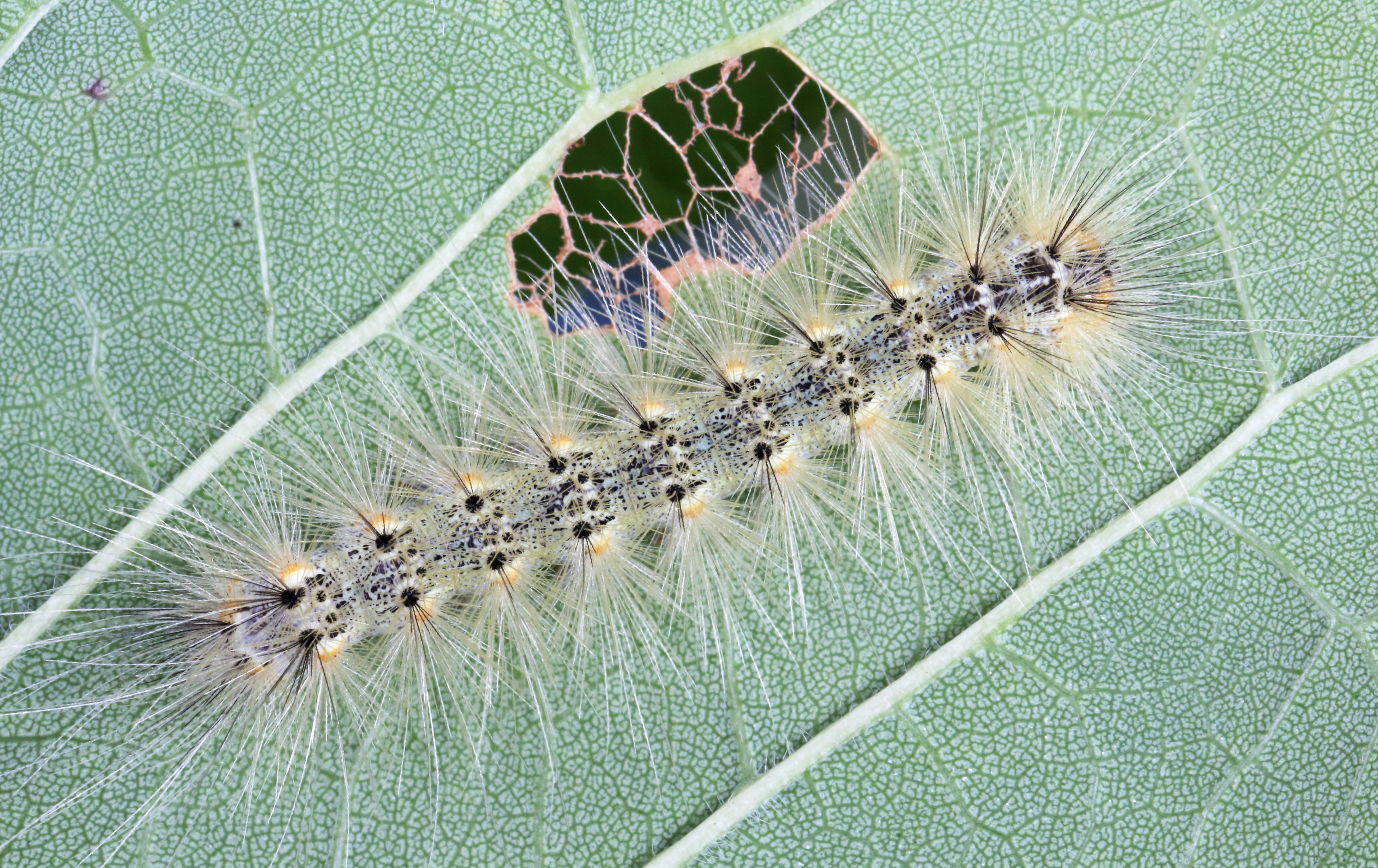 The gnarly looking inchworm caterpillar in the next picture was found doing its “nobody here but us twigs” pose.. This looks to be the larva of Anavitrinella pampinaria, or ‘common grey’ moth. Once again BugGuide makes me look like someone who really knows their caterpillars (no, I don’t). Since I recalled the plant it was on (goldenrod), a simple search in BugGuide for ‘caterpillar on goldenrod’ yielded a probable ID in seconds. 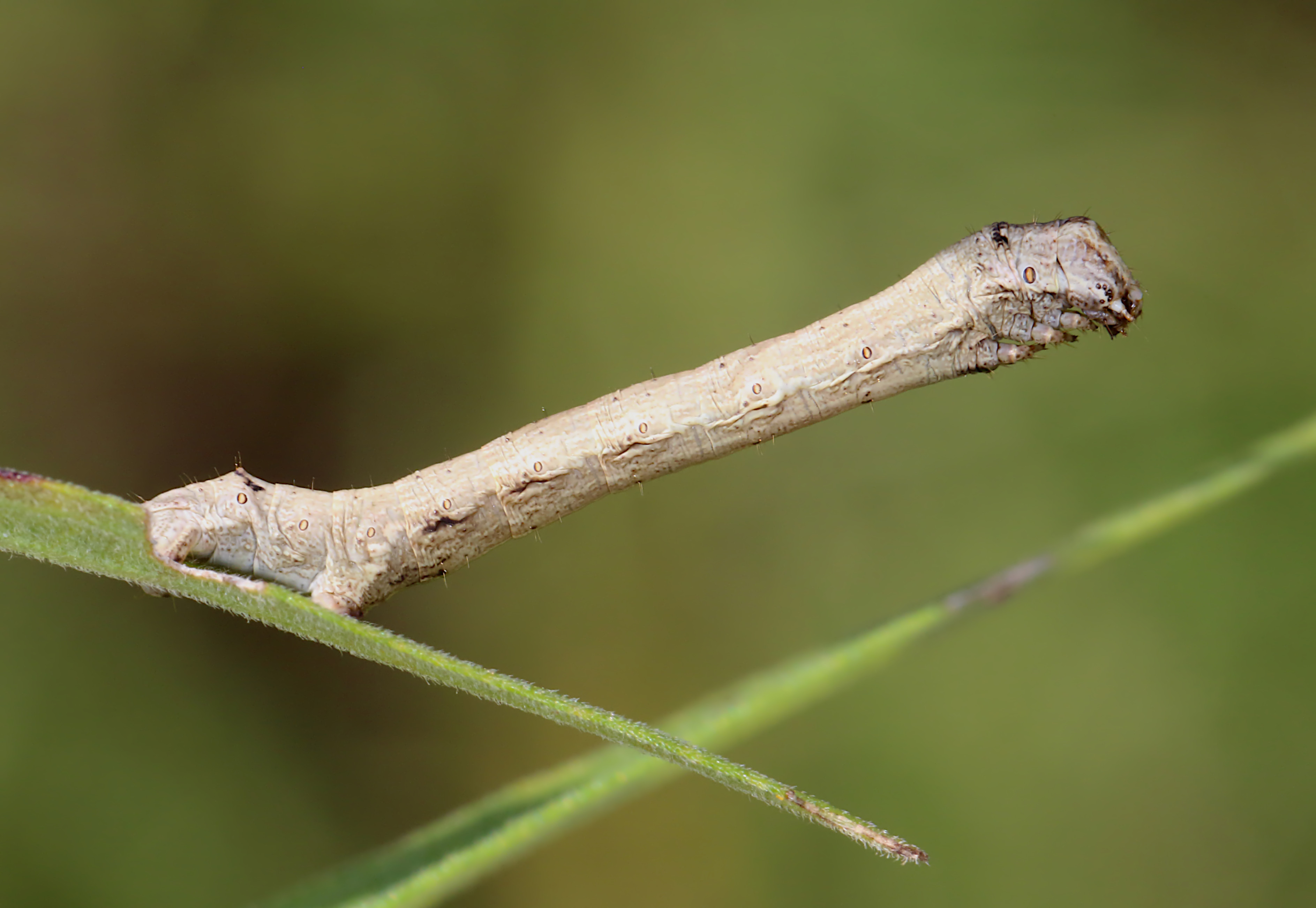 The reason why I even noticed the above caterpillar is shown in the next picture. The boldly colored yellow-collared scape moth (Cisseps fulvicollis) looked obviously “wrong”, and closer inspection showed it had a terminal encounter with a crab spider. Probably one of the running crab spiders, and I don’t know the ID other than that. 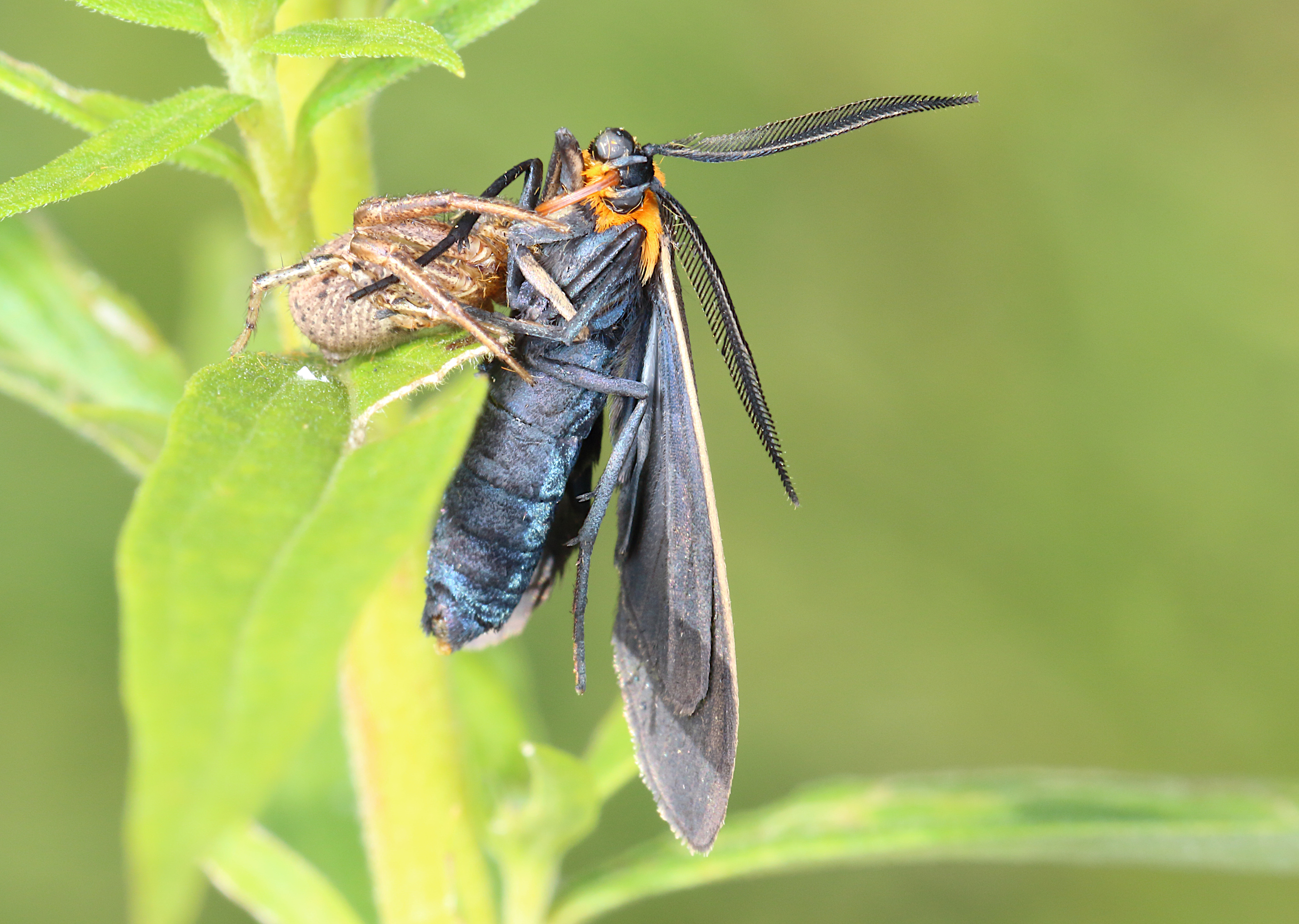 A favorite grasshopper in my area is in the ‘bird grasshopper’ group, genus Schistocerca. Members of this genus include species that can become swarming locusts, but our species, known as the spotted bird grasshopper (S. lineata), is not like that. Two of them are shown in the next two pictures. These long-legged and energetically flying grasshoppers become common in the Magic Field in the late summer. The name lineata refers to the pale stripe down the middle of the back, although not all individuals have the stripe. The stripe-less one in the second picture is biting me, and I was wincing a bit while snapping the shutter. 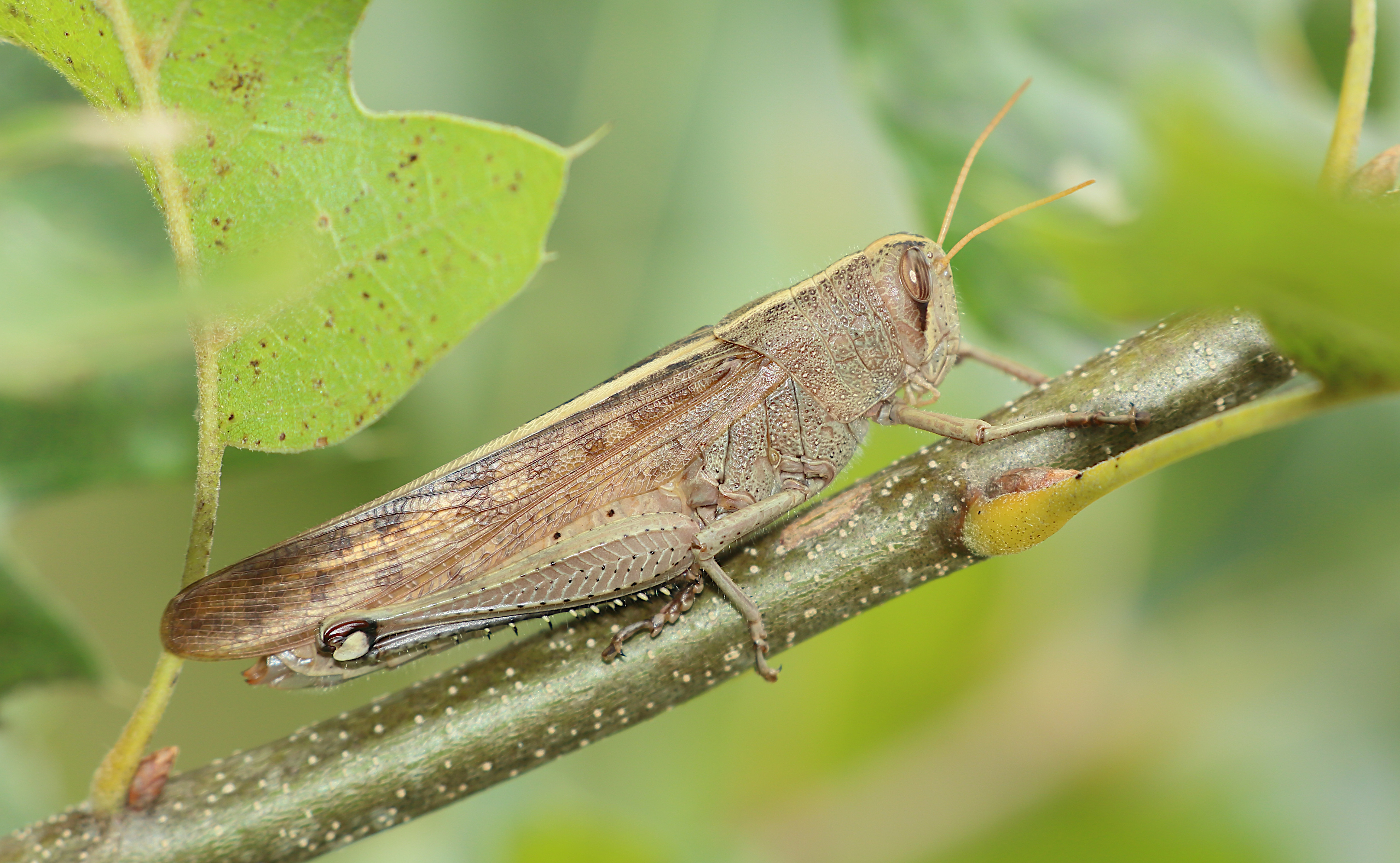 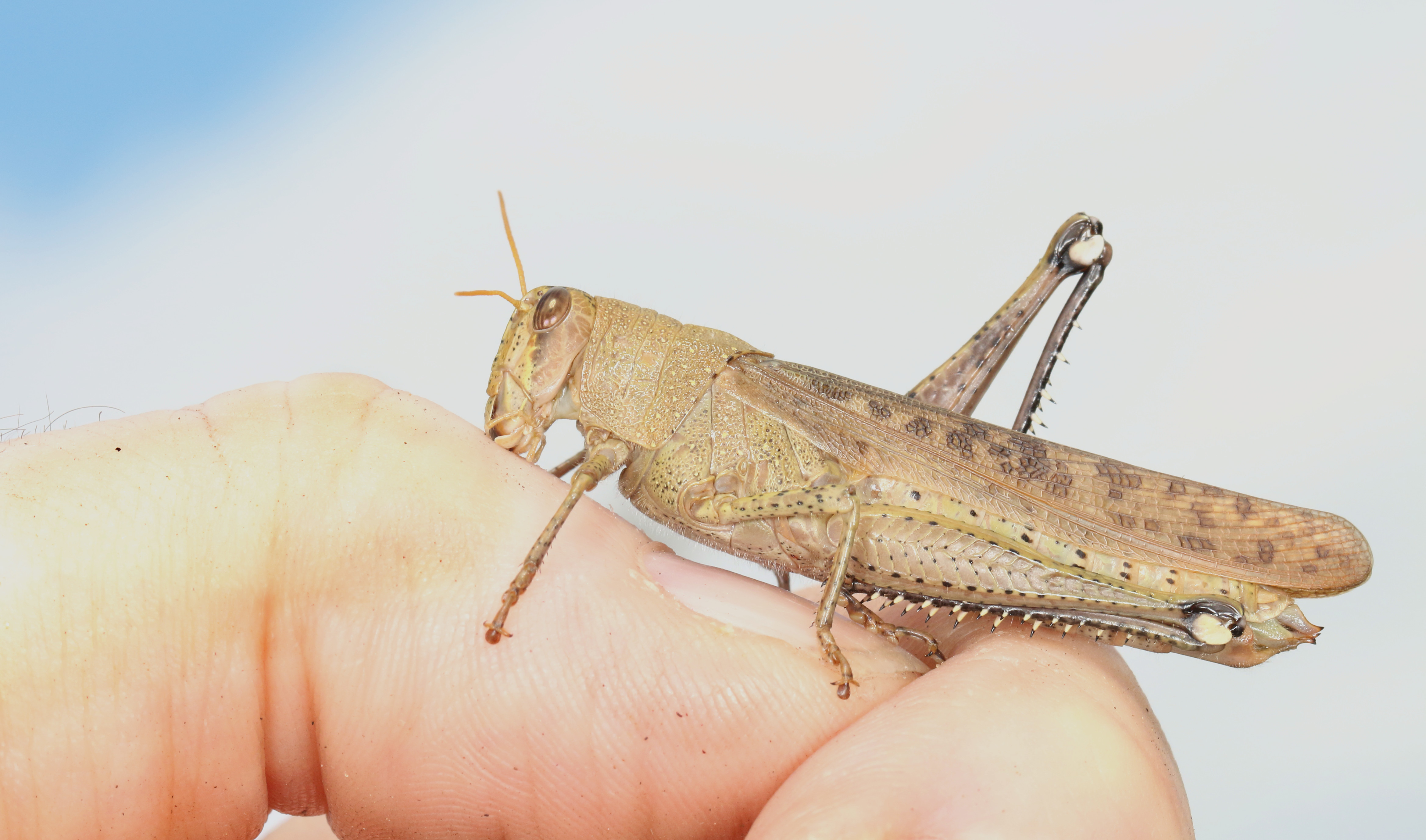 An extremely common butterfly is the hackberry emperor (Asterocampa celtis). I assumed that the butterfly shown in the next two pictures was yet another one but it turns out to be the related tawny emperor species (A. clyton). A small difference in the wing color pattern here and there and it’s a new species for me! I don’t know why these are called ‘emperors’, but perhaps it comes from the impressive headgear worn by the larvae in this group: https://bugguide.net/node/view/308700/bgimage  I have yet to find one the caterpillars, although they should be common. I must keep looking. 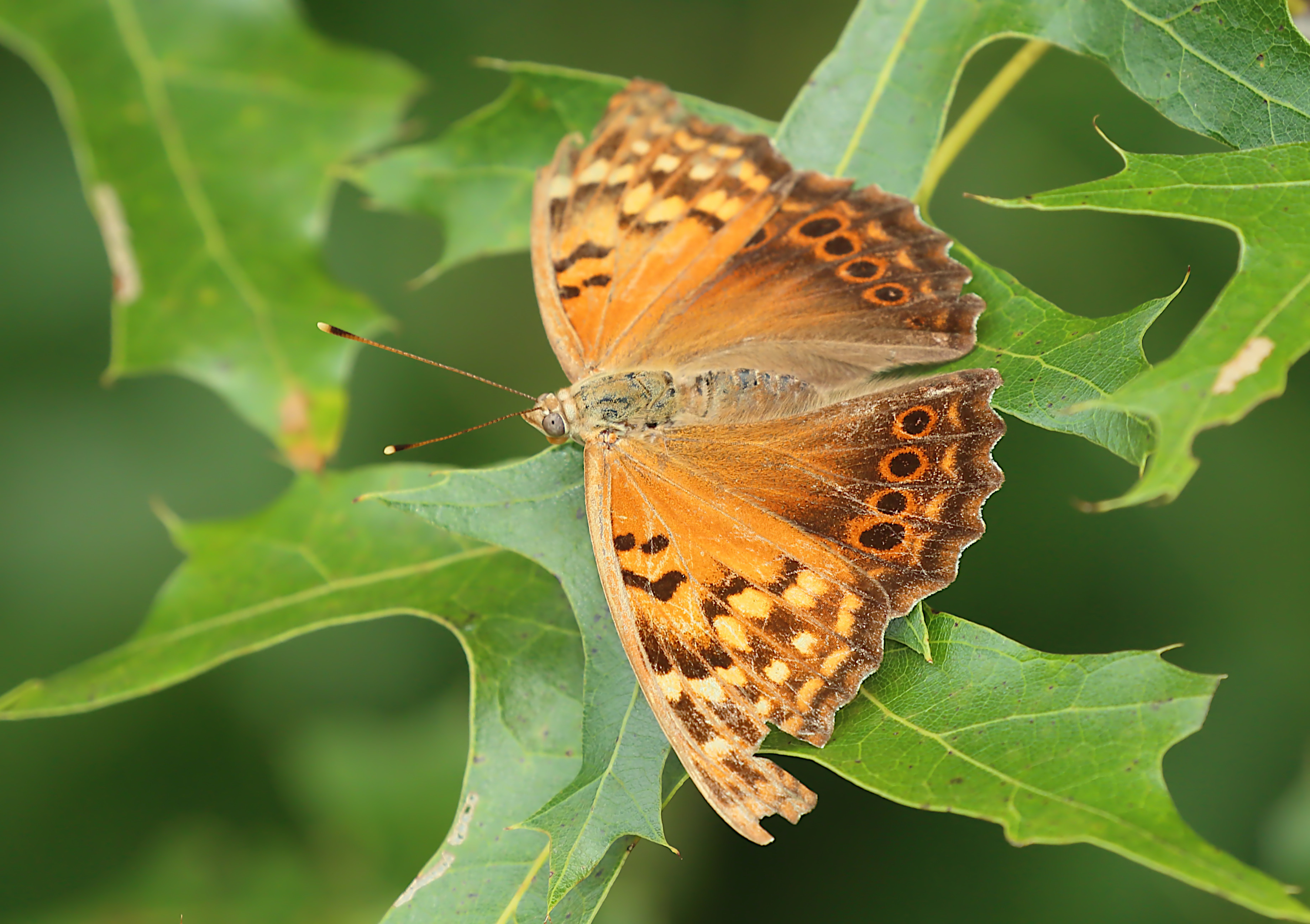 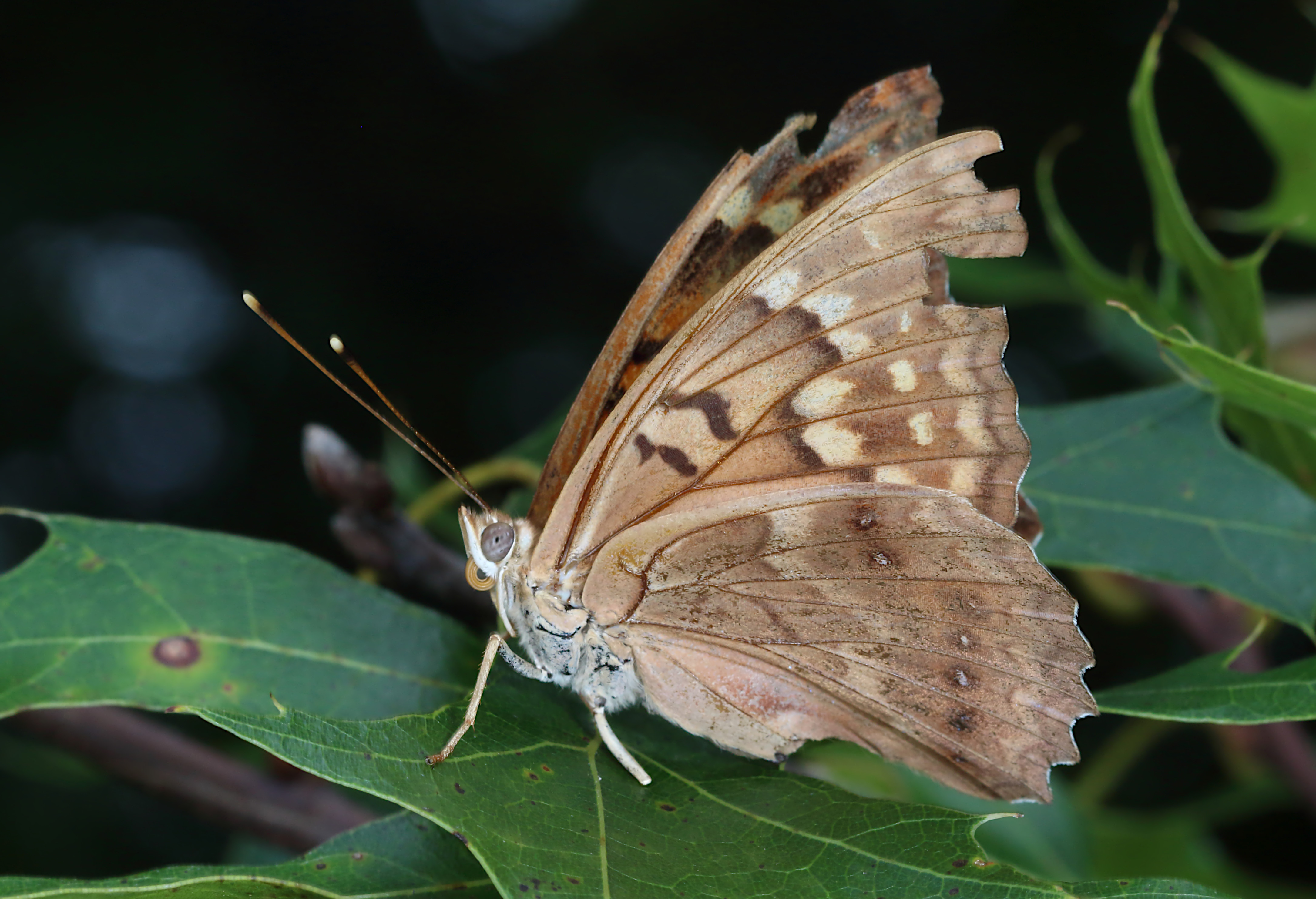 The late summer has its down-side, with its hints that the “bug season” will soon come to a close. But there are insects that suddenly become common late in the season, and that at least is a positive thing. One of these are the large walking sticks that feed on the abundant oaks around here. The last picture shows one of the colorful males of our local species (Diapheromera femorata). The body is easily 3 inches long, but the females are significantly larger. I seldom see those as they tend to stay up in the trees. 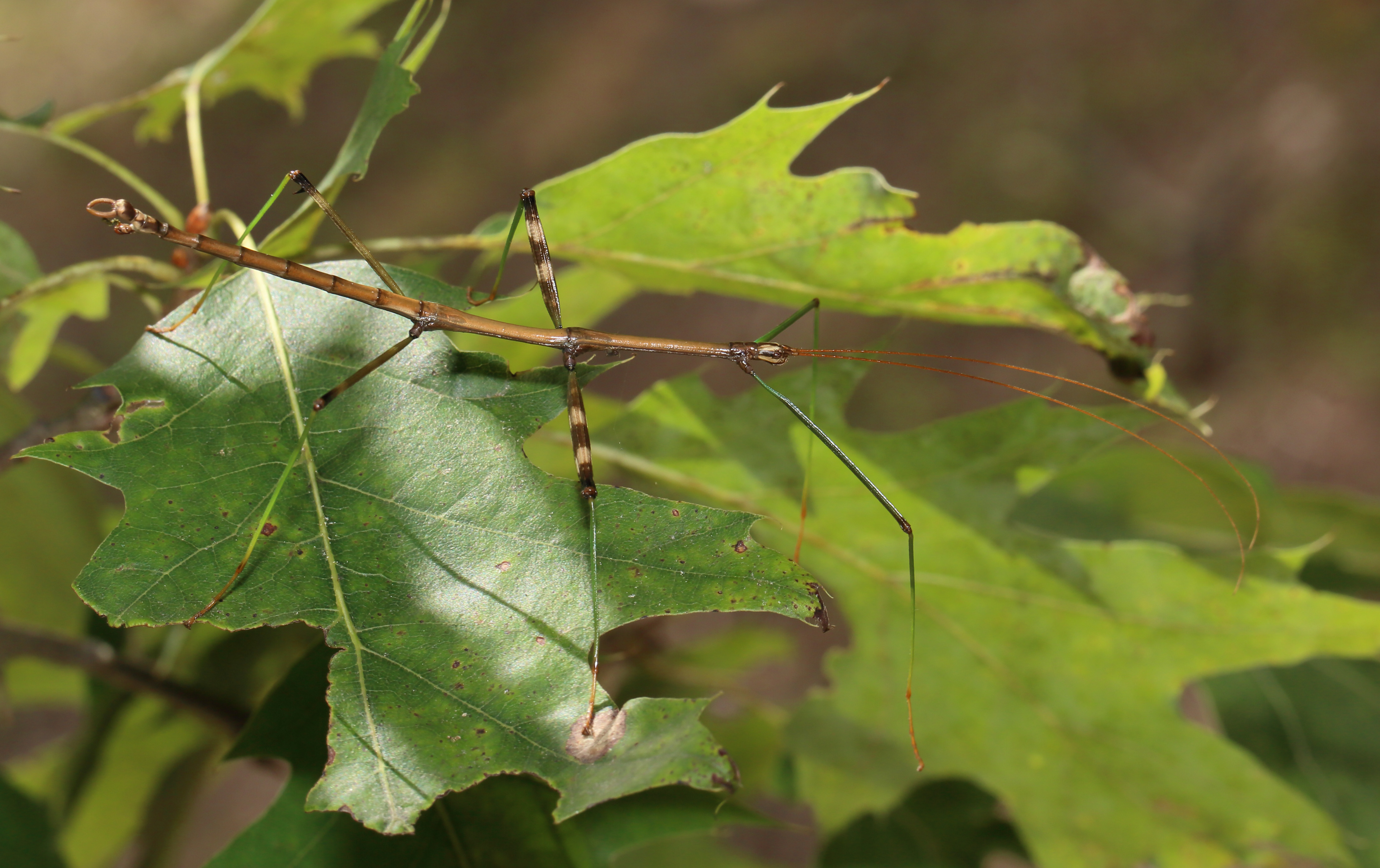