For the end of Amphibian Week, we have a photo gallery, starting with my late, lamented, Toady, who was collected by David Wingate, Bermuda’s foremost naturalist, in 1999, and who died in 2019, at the age of 20+ years. The Giant Toad, Bufo marinus, (also known as the Marine Toad or Cane Toad) is native to the continental American tropics and subtropics, and was introduced to Bermuda.

Note the enormous parotoid gland behind the eye, which secretes poisons that can protect the toad from predators.

Next, from Chis Petersen of DoD PARC, a gallery of amphibians that are found on U.S, military bases, and this report summarizing the status of threatened and endangered species on these bases (it includes both amphibians and reptiles). 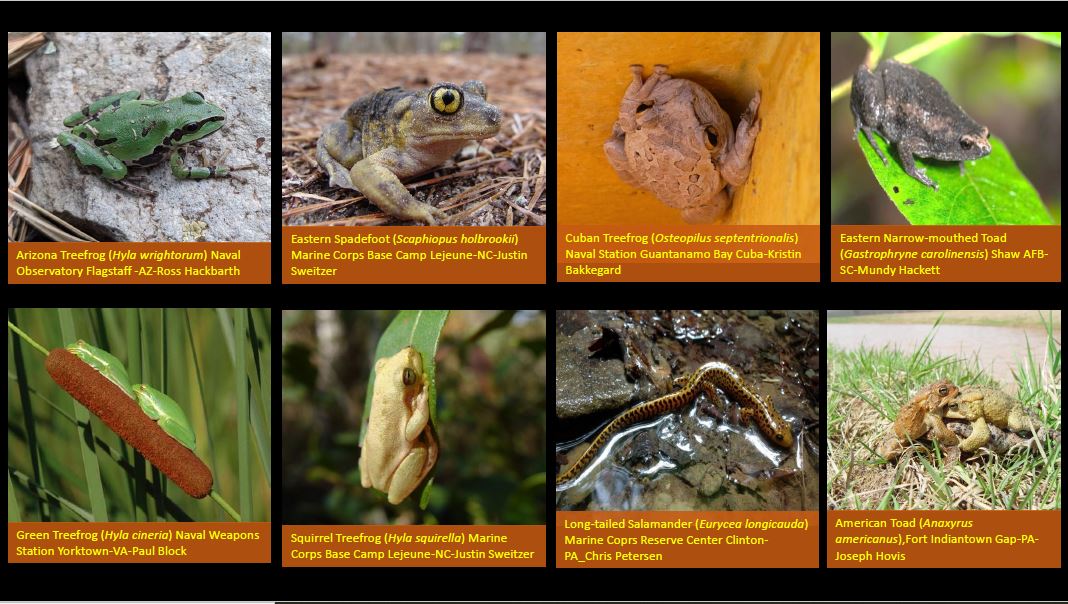 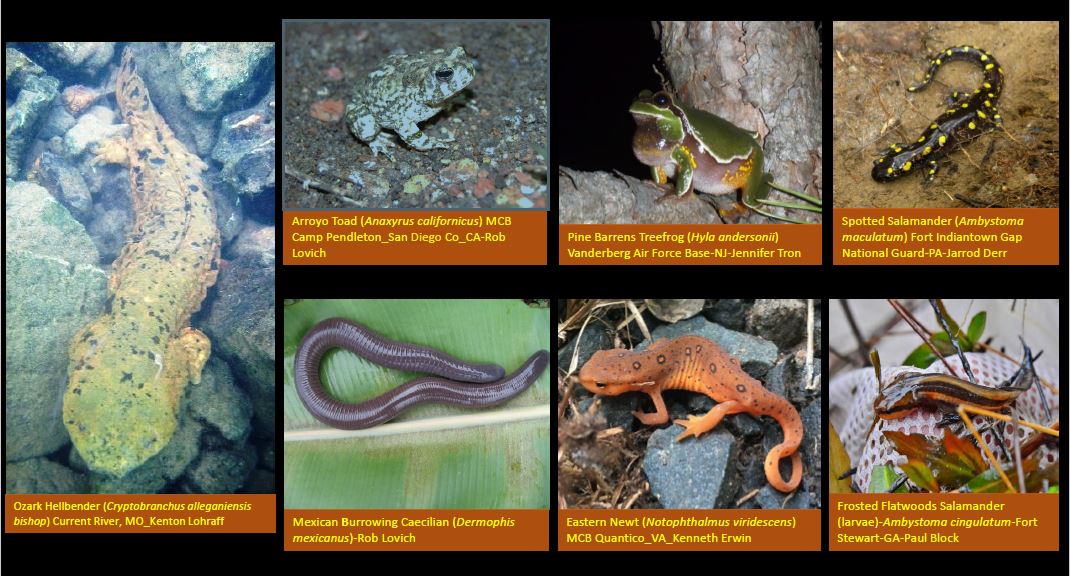 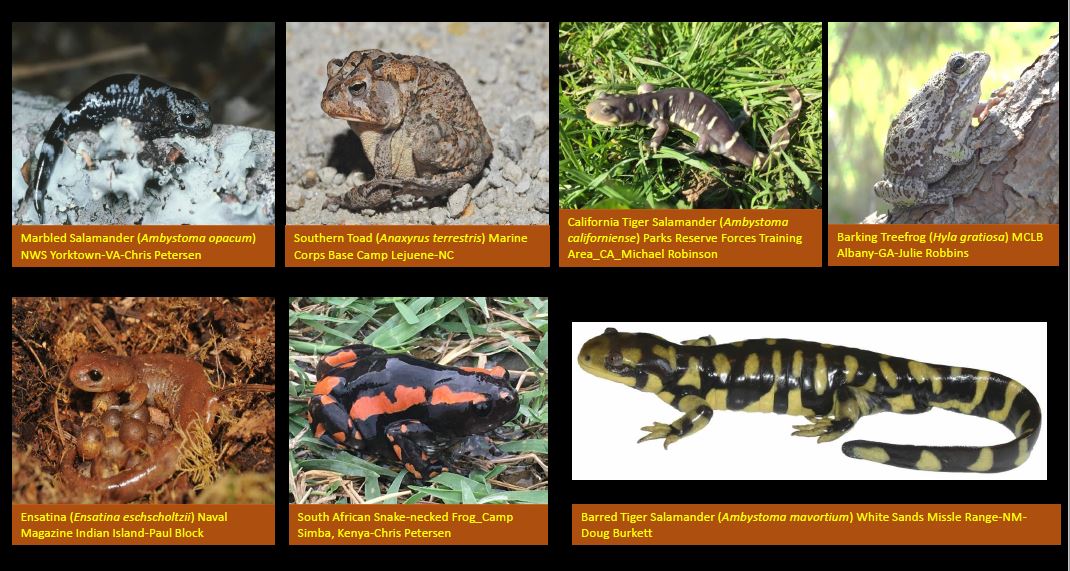 My thanks to Chris, who has been distributing amphibian images, documents, and links throughout Amphibian Week. (If you’re wondering why the Department of Defense is involved in conservation, we’ve dealt with that before at WEIT. The short answer is that 1) the military must obey applicable environmental and conservation laws on military lands, and 2) certain animals pose practical issues for the military (e.g., venomous snakes). The Navy, which I know best, employs a number of professional herpetologists. Recall as well that the military has often enabled scientific exploration (the Beagle, for example, was a Royal Navy ship), and military reservations have sometimes had the best preserved habitats (e.g., much of the Patuxent National Wildlife Refuge was annexed from Fort Meade.)