Jerry noted this morning that it’s World Snake Day, but I thought I’d add to the festivities by sharing a couple of photos of my Ball Python (Python regius), Vivian.

I lifted Vivian’s hide box to take the photo, and she was mildly perturbed, so she defensively hid her head in her coils.

The Department of Defense Partners in Amphibian and Reptile Conservation has sent out a great set of links for World Snake Day, put together by my friend and colleague Rob Lovich. There’s loads of stuff in these links– look around. I’ve brought to the top of the list a shutterfly album of a great diversity of snakes. If you don’t have time for more, open up that album click on the slideshow, and enjoy! (It works best if you have dual monitors, one to work one, and one for snake pix.)

Tomorrow [i.e. today] (July 16th) is World Snake Day! In celebration of this event and the important ecological value snakes play in the ecosystems of military lands, we would like to highlight some snake-focused DoD Partners in Amphibian and Reptile Conservation (DoD PARC) products below.

We hope you enjoy learning about snakes through the various DoD PARC products below.

The Timber Rattlesnake (Crotalus horridus) was chosen on our logo to reflect the long-standing relationship DoD and the Military Services have with protecting both our nation and its resources, including snakes. Ultimately, the use of this species is meant to represent how DoD protects the natural resources with which it has been entrusted, and how those resources in turn provide for and protect the military’s ability to prepare for its war-fighting and peace-keeping duties.

If you’re wondering why the military has a unit devoted to amphibians and reptiles, the military must follow environmental and conservation laws (unless specifically exempted); there are practical issues for the military involving venomous reptiles; and recall that Darwin traveled around the world largely by courtesy of the Royal Navy. The U.S. Navy published, with the assistance of the American Society of Ichthyologists and Herpetologists, the classic Poisonous Snakes of the World: 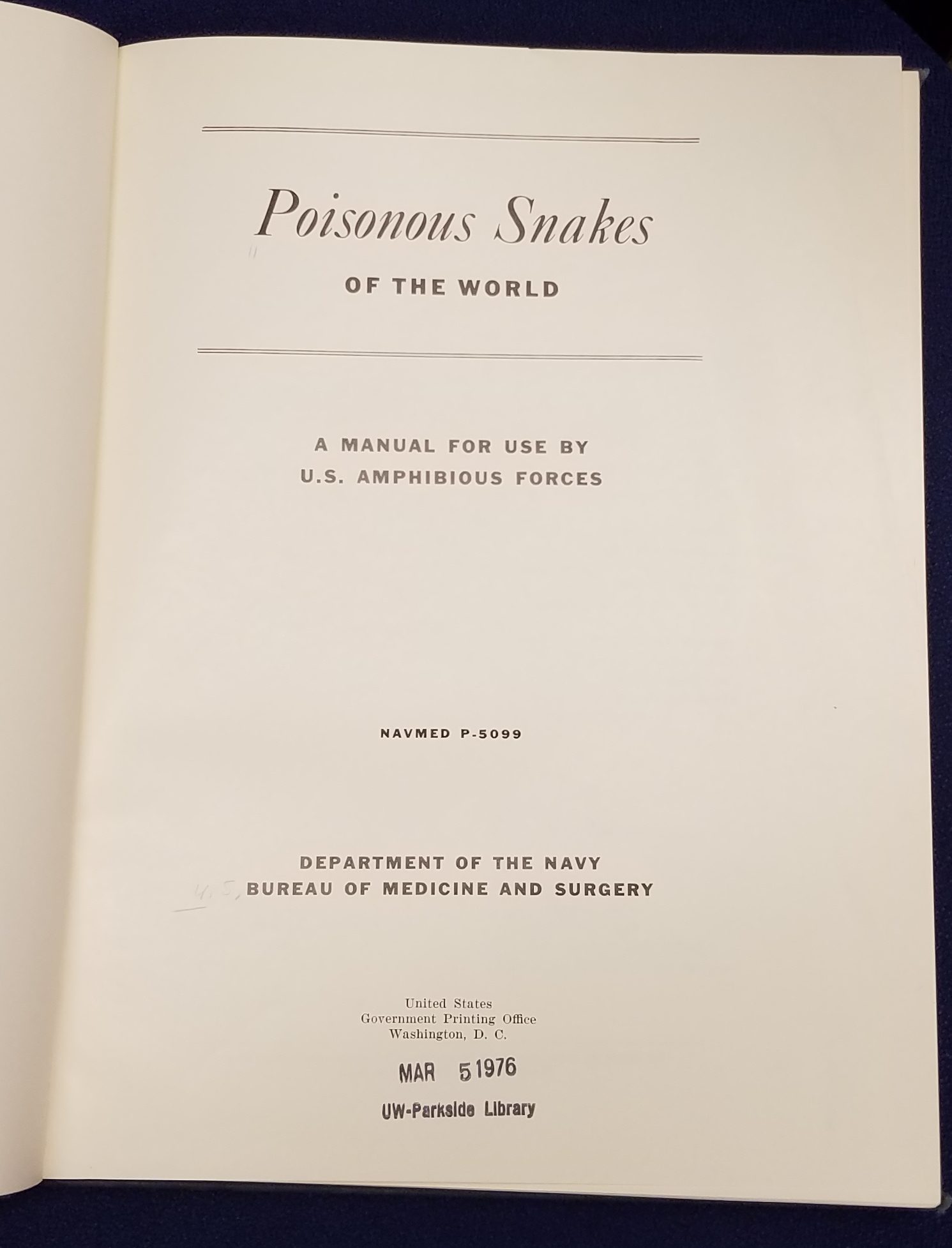 If you want to learn more about snakes, I recommend, as I have before, Harry Greene‘s Snakes: the Evolution of Mystery in Nature as a good, well-illustrated, introduction to their natural history and diversity

Minton, S.A., H.G. Dowling & F.E. Russell. 1965. Poisonous Snakes of the World: A Manual for Use by U.S. Amphibious Forces. NAVMED P-5099. Bureau of Medicine and Surgery, Department of the Navy, Washington, D.C.