For those of you who, like me, were quite worried about Honey’s errant duckling being reintegrated into her brood, worry no more. It is done, and all is well!

And it happened quite quickly—and fortuitously.

First, a picture of Bob on my desk this morning before I took him to the pond. Look at his big reptilian feet! 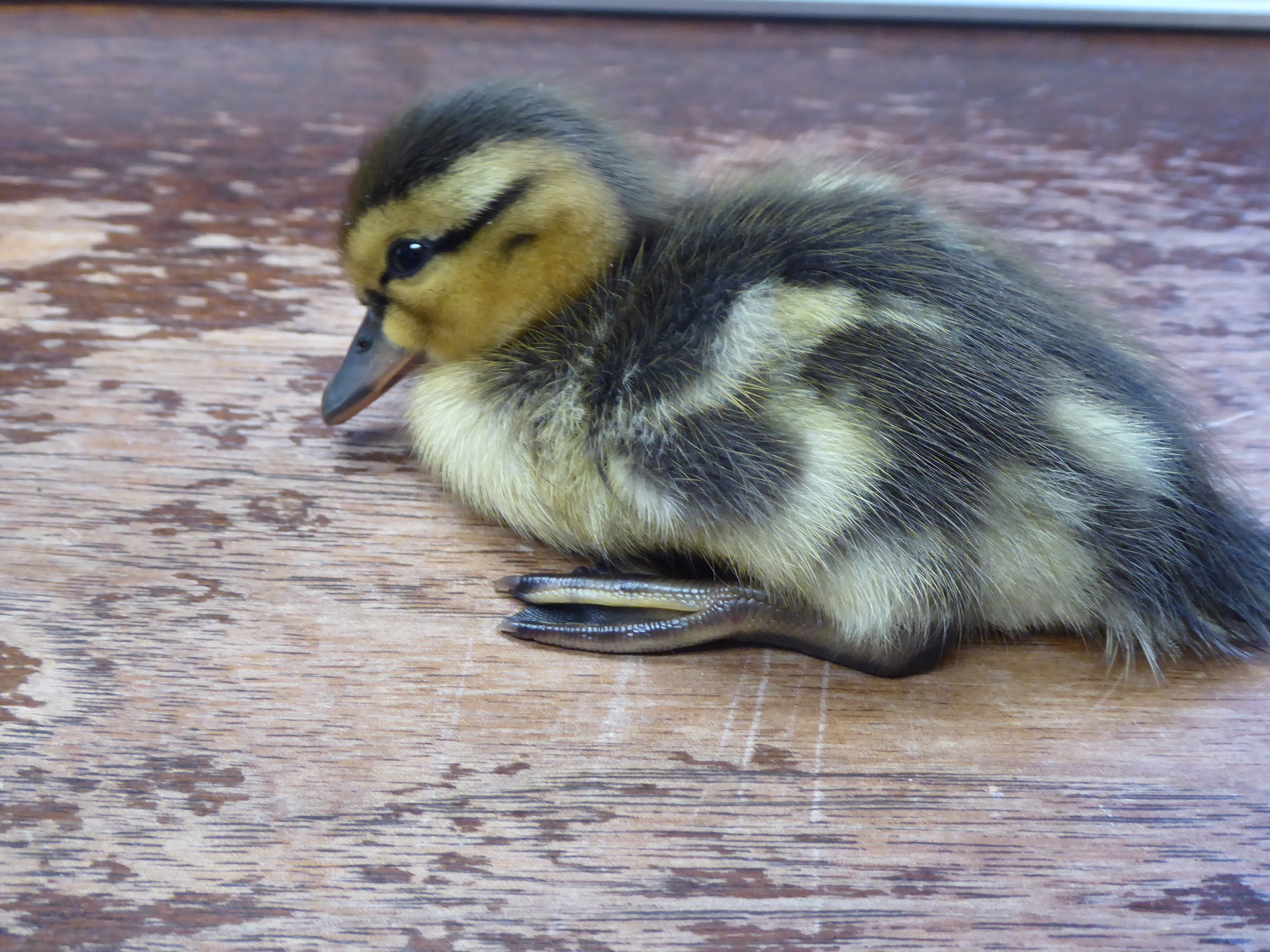 I took Bob downstairs to show how well he’d recovered to the Team Duck member who’d caught him. At the pond I ran into Meghan Hammond, who helped us last year on Team Duck and filmed Honey’s brood jumping down last year. Meghan pointed out that, huddled on Duck Plaza, was one of our moms sitting on her babies. I assumed it was Dorothy, as one-day-old ducklings aren’t expected to be able to get up there, but Meghan said, “No, that’s Honey.” And, sure enough, it was! Honey was sitting on the grass on top of her eight ducklings, and I had #9 (Bob) in my hand.

The view. You can see Honey’s babies underneath her. 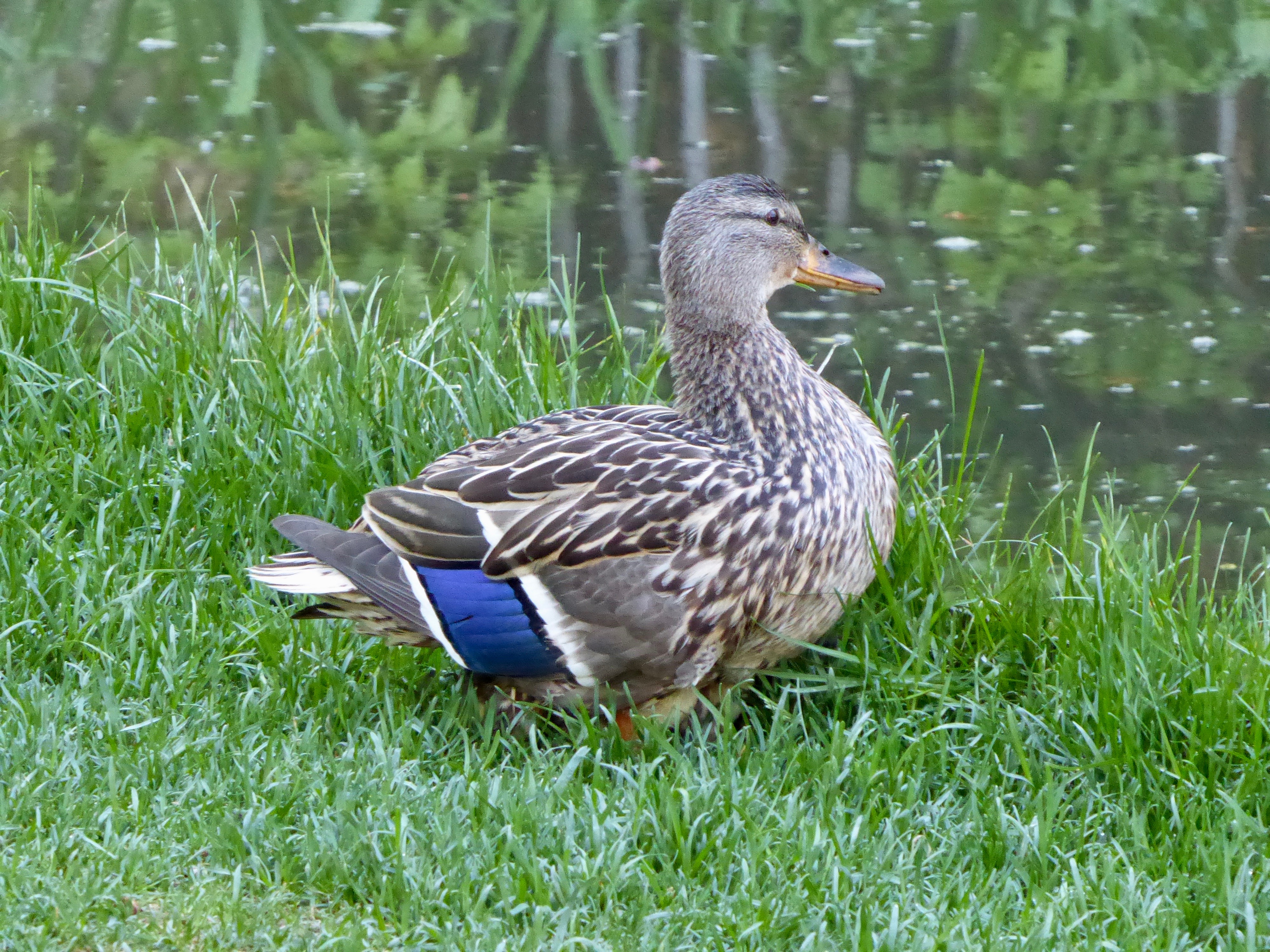 Although it was cold, I knew I would never have a better chance to integrate the orphan into his family. I quickly took Bob, put him gently down on the grass, and he immediately saw his mom and peeped. Honey recognized the peep and turned around to see what was going on.  She quacked, and in less than a second Bob zipped up to her and burrowed under her belly, joining his family. And for about half an hour Bob got warm and met his brothers and sisters, as well as the mother he’d never known.

After a while Honey moved to the pond, leaving her brood on the grass, but they quickly joined her. I fed them all (they’re a day old now), and now they’re all resting underneath her on North Duck Island.

One of the babies below is Bob, but I won’t recognize him. I miss him a lot already, but he belongs with his family. When I was talking to him last night, I told him, “You know, someday you’re going to be a mighty mallard soaring high in the sky.” At the time, I didn’t know if that would be true, but now I think it will be. 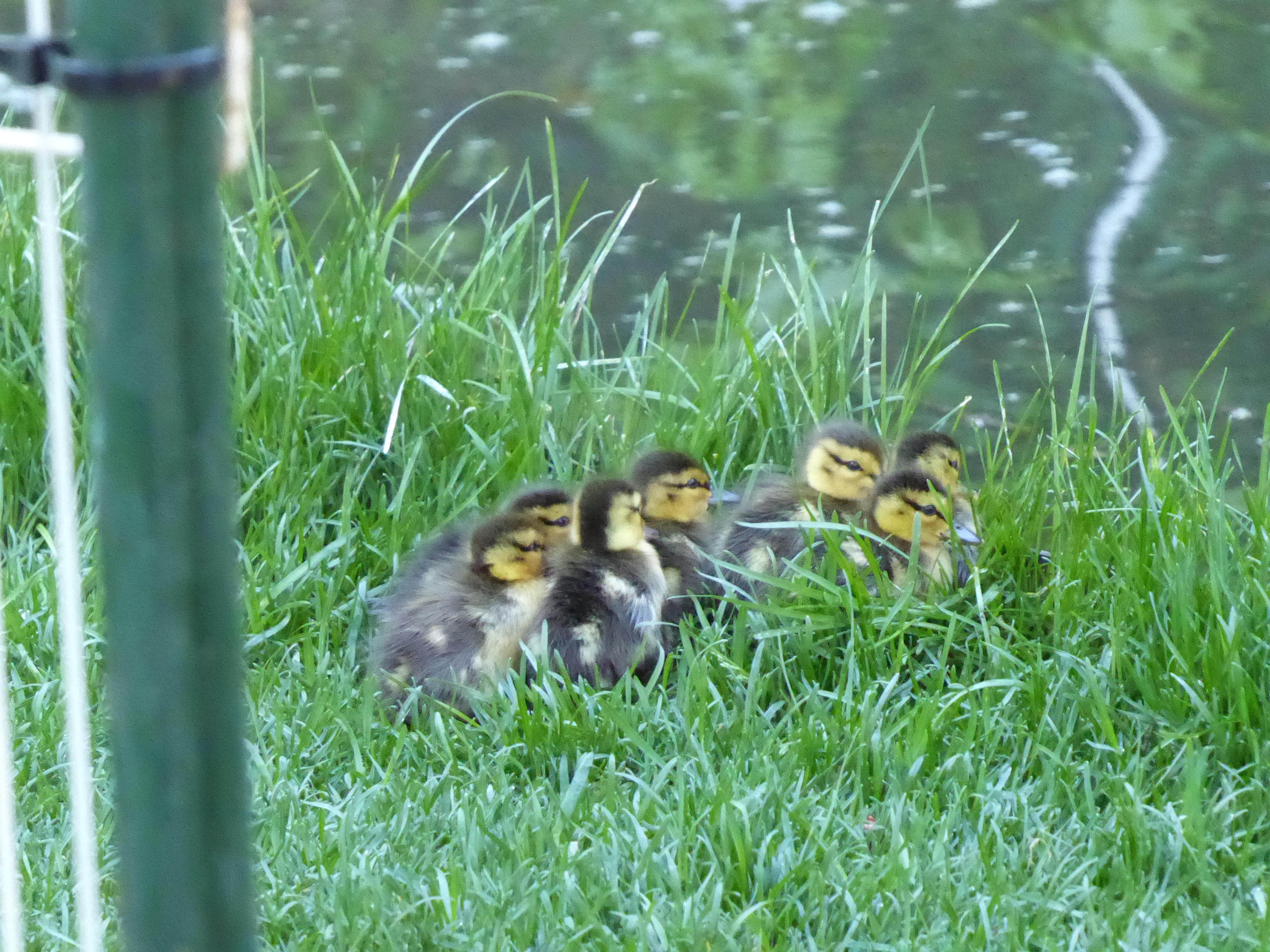 What’s amazing is that the mothers have sorted out the babies by age: Dorothy rejects any of Honey’s brood, and sometimes pecks at them, but doesn’t hurt them; Honey eventually comes by to rescue her babies. So she has nine one-day-old ducklings, and Dorothy has ten. The broods aren’t mixing at all, and are palpably different in size although only three days separate them.

As of today, at least, all is well on the pond. I am simply overjoyed that Bob is with his family again!

40 thoughts on “Bob is integrated!”