As I said, I’ve named Honey’s stray duckling after our President, Bob Zimmer, who helped me with the ducks and has taken a keen interest in their doings and their broods. He was pleased to hear of Honey’s brood yesterday, which he called “beautiful.” Today Duckling Bob goes back with his siblings, and if that’s successful, I won’t ever recognize him again. It’s sad, but he belong with other mallards in Botany Pond. (I don’t know if Bob is a drake or a hen, of course, but I’m told the males tend to hatch earlier.)

As expected, I got almost no sleep last night. The displaced duckling wouldn’t be left alone in his box, peeping continuously and piteously, and I couldn’t put him on my bed with me as he’d jump off and possibly hurt himself. The only place he seemed comfortable was when I was lying on the floor and he could jump on me, peck at me, and run around me.

Ergo, I spread a blanket on the floor, put down some pillows, and spent an uncomfortable and largely sleepless night on a wooden floor with Bob beside me. Once the lights were off, however, he settled right in, burrowing under the alpaca blanket and into my armpit. Of course I dared not move lest I crush the fragile little guy, but at least one of us got a full night’s sleep!

So he’s here at work with me now, ensconced under my hoodie and pecking at my chin. He’s eating and drinking (crushed-up duck pellets and mealworms in a shallow pan of water), and is as lively as can be. When the weather warms up a bit today, we’ll try to put him together with Honey’s brood.

So here we are. I’m exhausted, but Bob is full of beans! 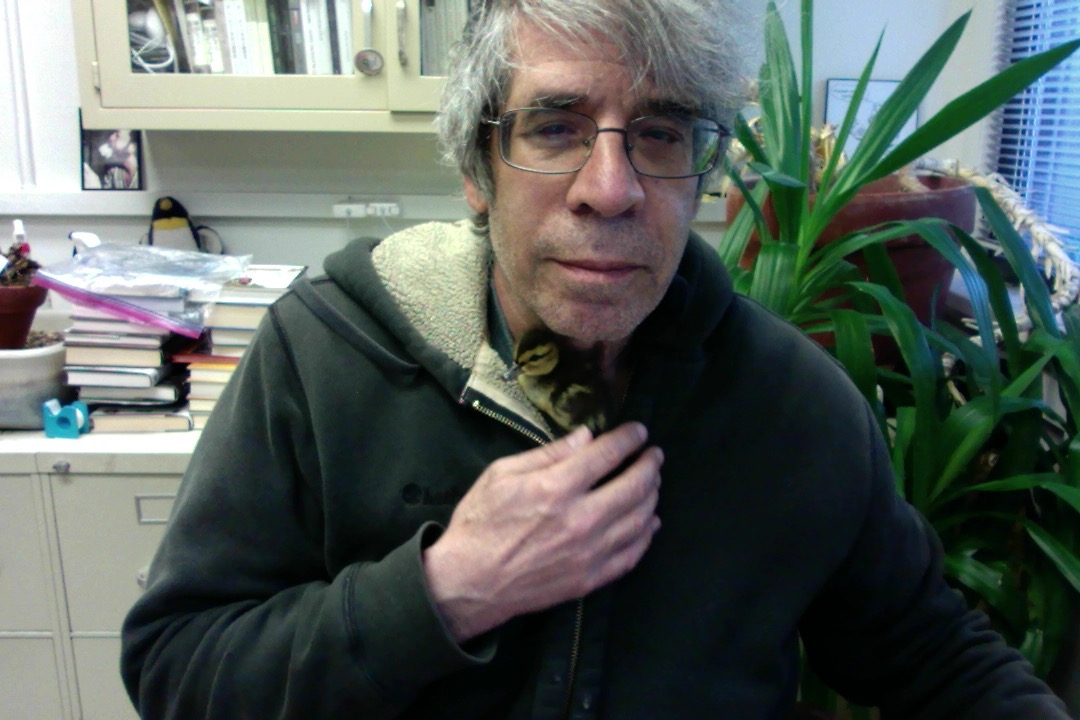 20 thoughts on “Proprietor’s Wildlife: Last night with Bob the Duckling”