The other day I had a small beef (a filet mignon?) about this column by John McWhorter in the New York Times (click on screenshot): 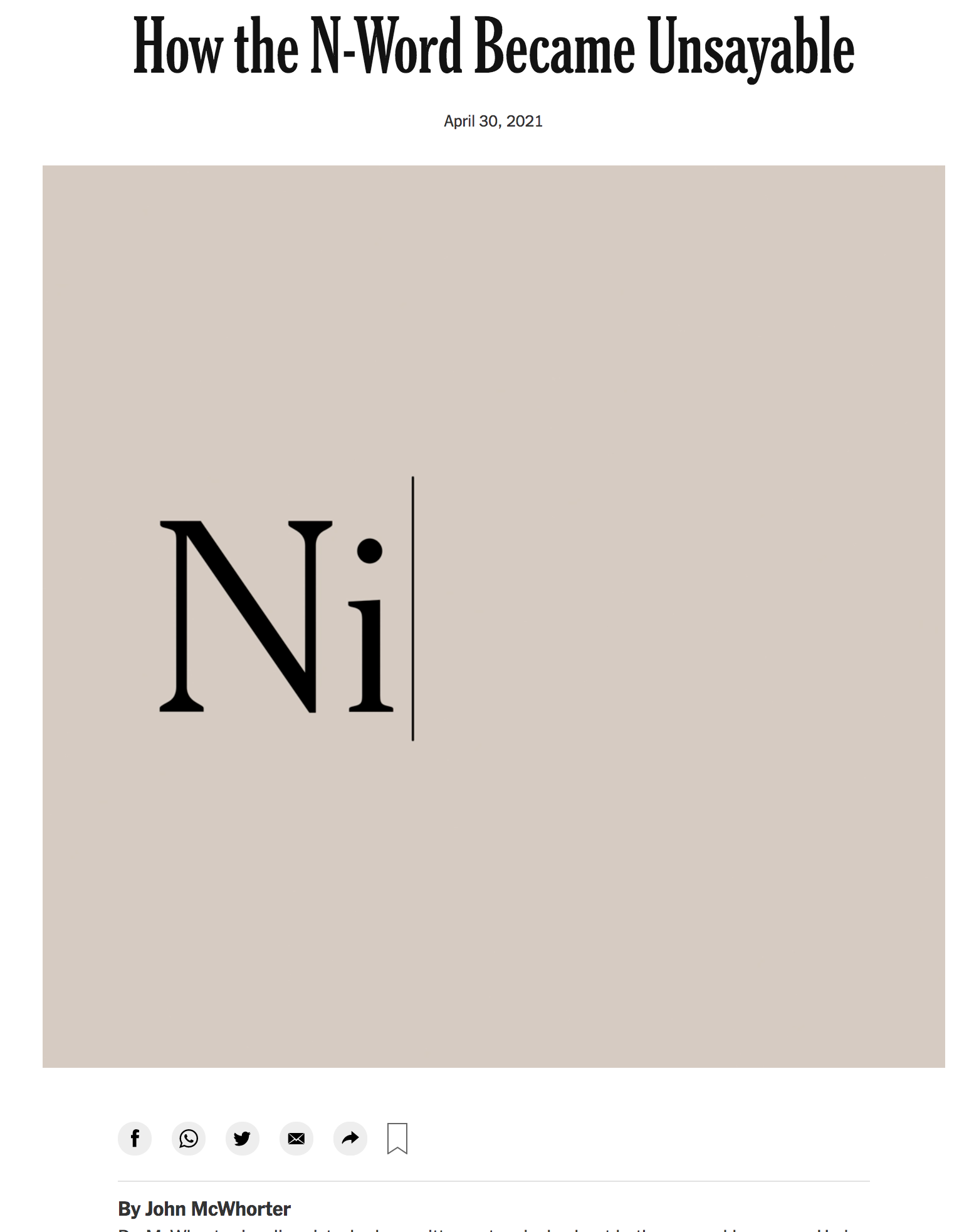 In it, McWhorter (who is black) spelled out the n-word in full 34 times while discussing its etymology, history, and his thesis that racial slurs are “the new profanity.” I thought the essay was good, but suffered from McWhorter’s refusal to explicitly say when it was okay, if ever, to write or utter the full n-word. Worse, it was a piece of arrant hypocrisy on the part of the New York Times, whose editor Dean Baquet had said in print that all that matters in the use of the n-word word is not intent but its effect on the listener or reader. And surely some readers must have beeen offended by McWhorter’s use! How did he get away with it. Well, one reason, of course, is that McWhorter is black, but that wouldn’t seem to justify the Times‘s violation of its own rule.

McWhorter apparently felt the need to explain his stand, but did so on his own website (click on screenshot below). To be fair, I suspect the NYT would not have let him give his stand in its article. So he wrote his own piece on his Substack site, It Bears Mentioning. Click on the screenshot below.

The title more or less tells you what he thinks. He begins by recounting several familiar examples of professors fired or removed from their classes for using the n-word. But not even the word itself—just something that sounded like it. Remember this?

. . . . Greg Patton had been dismissed from a class he was teaching at the University of Southern California for mentioning that in Mandarin, the equivalent of the hedging “like” in English is “nèi ge, nèi ge” which translates as “that, that …” but sounds like, well, you know. Not only had Patton given the lecture countless times before with no problems, but – you couldn’t write this better – the class was on communication in global markets!! Yet the usual suspects went about for weeks claiming that Patton had committed a kind of “violence” added to the grinding burden that being black in modern America is.

And McWhorter of course mentions Don McNeil, the NYT science reporter fired for using the n-word merely to find out if it had really been used as a slur by a student. McWhorter of course, couldn’t have mentioned that in his NYT piece: that episode has gone done the Orwellian garbage chute..

McWhorter is concerned, of course, with the absolute refusal to distinguish the word used as a racial slur from when it was used as, say, a book title by Dick Gregory or Randall Kennedy. And like McWhorter, one senses that some of the outrage isn’t genuine:

I call this refusal performative – i.e. a put-on – because I simply cannot believe that so many people do not see the difference between using a word as a weapon and referring to the word in the abstract. I would be disrespecting them to suppose that they don’t get this difference between, say, Fuck! as something yelled and fuck as in a word referring to sexual intercourse. They understand the difference, but see some larger value in pretending that it doesn’t exist.

McWhorter argues against the “slippery slope” argument—that using the n-word will make it commonplace—noting that he knows of no word that was once a “proscribed slur” but then later came back into general usage. Can anybody imagine that heppening with the n-word?

Finally, McWhorter notices that “Negro”, not a term much seen these days, is joining the n-word pantheon, even though it’s still part of an estimable organization: “The United Negro College Fund.” (Note, too, “The National Association for the Advancement of Colored People.”) If “Negro” is proscribed, we’ll have to redact a lot of Martin Luther King’s speeches and writings.

We are getting to a point where a generation of Elect people will be unable to even sit through a classic witfest like the film Blazing Saddles, their religion rendering them unable to process that the use of the N-word by vicious, stupid, silly characters was written as a way of decrying racism rather than fostering it.

Actually, I would not be surprised if we are already at that point, given things one sees and hears these days. True to form, in the fall of 2020 at Bard College, freshmen began a campaign of shaming against a professor who read out not the word nigger but Negro in a discussion of Martin Luther King’s Letter From a Birmingham Jail. The new idea is that even that word is profane, in being an outdated one black people no longer consider appropriate. The pretended inability to distinguish between the abusive and the antique is an indication that 2020 had been a Sunday School in Electism for these kids. They are showing that they have learned their lesson in suspending basic intelligence in favor of virtue signalling, in the face of something that would not matter a whit to most black people themselves.

Is there anyone who hasn’t thought that at least some of the outrage about such stuff is indeed performative (remember the demonized Kimono exhibit at the Boston Museum of Fine Arts)?

Is there no way to use the n-word without it stirring up a hornet’s nest? Must we completely avoid the fact that racial slurs are, in fact, part of American history, odious though they were? What that leads to is redaction of books like this book by Joseph Conrad, pointed out by a reader: 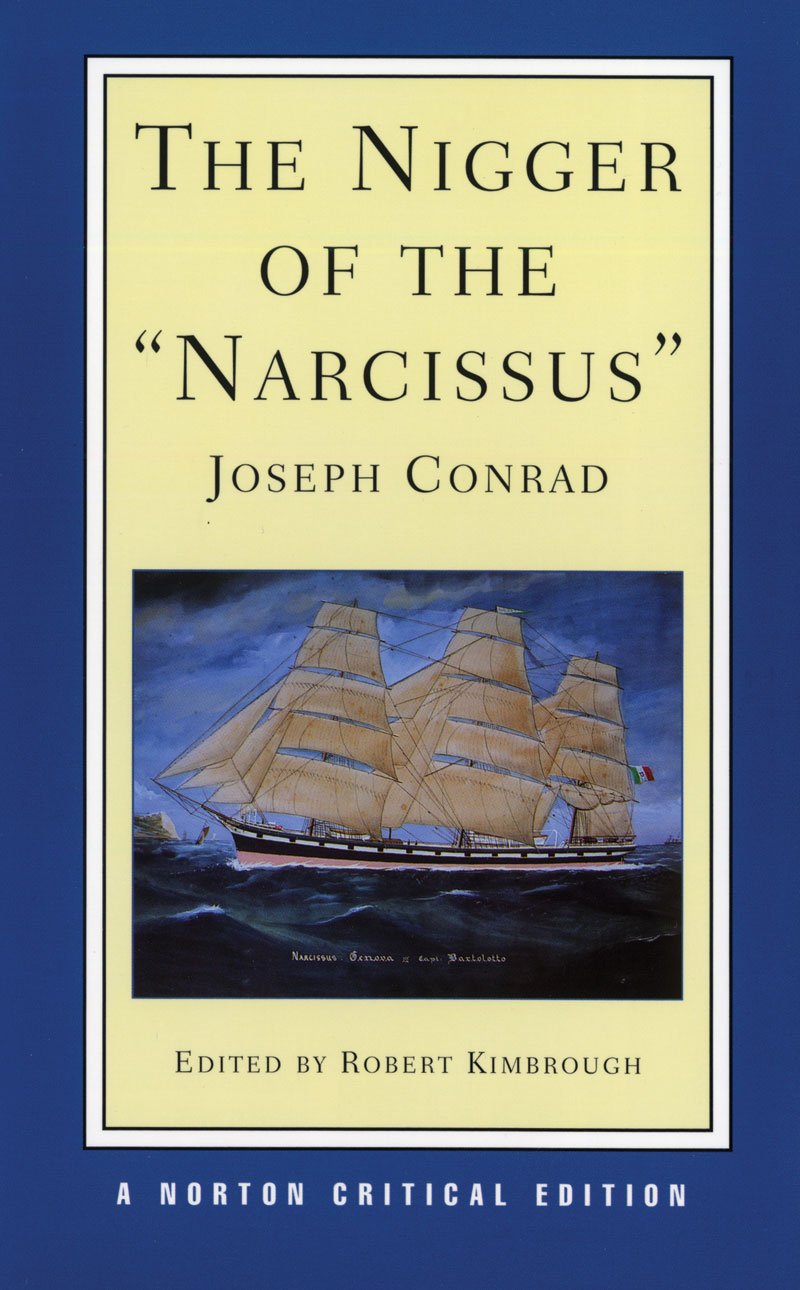 Now (click for the Amazon link, thought the book, which is real, may be a conservative tweak of liberalism). 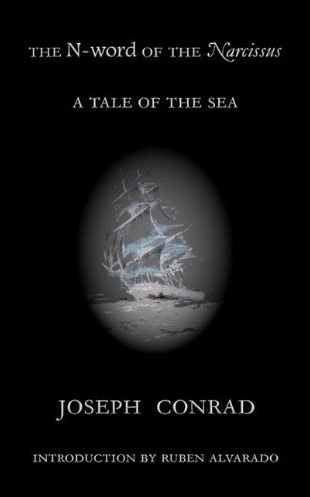 At the end, McWhorter sees the performative outrage as a way for the elect to gain power. Remember, the word “racist” carries an enormous amount of power, even when used against nonracists. There is no response you can make to being called a racist that is acceptable to whom McWhorter calls “the elect.”

McWhorter’s final words ring deeply true to some of us:

Many ask why black people give whites the power to harm us so easily with this word. I for one have never and never will see it as a badge of strength to announce to white America that uttering a sequence of sounds will send me into therapy. I’d be embarrassed if it did, and that is what I call Black Power.

But I know I am missing the point. This performative transformation of the N-word into a taboo term affords a kind of power: black Elects get a way of getting back at whites by destroying their careers; white Elects spectating get to show they aren’t racists by cheering on the witch-hunting. To these people all of this feels healthy, active, restoring, noble.

But the problem is that while it may feel that way to them, to the rest of us – among whom are legions of thoroughly reasonable, intelligent, concerned, and sensitive persons of all races  – this new take on the N-word looks paranoid, fake, and mean.

What kind of antiracism is that?

And how have we come to this kind of tribalism and divisiveness?

33 thoughts on “John McWhorter lays out his position on the use of the n-word, a position omitted from his recent NYT column”