Once again we’ve reached week’s end, and if I don’t miss my guess, before another week has gone by we will have ducklings. It’s Friday, April 30, 2021: National Raisin Day. We all like raisins, don’t we? It’s also National Oatmeal Cookie Day (I’ll eat them only under duress, even if they contain raisins), National Bubble Tea Day, National Animal Advocacy Day, Adopt a Shelter Pet Day, International Jazz Day, Honesty Day, and  Bugs Bunny Day, celebrating the cartoon rabbit (then known as “Happy Rabbit”) who made his screen debut on April 30, 1938 in a Warner Brothers feature called “Porky’s Hare Hunt.”  Here’s the cartoon, and you can see the incipient Bugs appear after 43 seconds:

And don’t forget that it’s National Hairball Awareness Day; many of us attained this awareness by stepping on a wet one in the dark. Matthew has just informed me that it’s World Robber Fly Day, with the hashtag #worldrobberflyday

Here’s are two nice examples, with the first being a bee mimic and the second sporting shades. Many more of these amazing predators at the hashtag site.

Oooh it’s #WorldRobberFlyDay , this is the coolest of them all. No competition. Shades for days…… pic.twitter.com/4Tb00wjVMB

There’s some good news: gene therapy, involving injection of working genes into tissue that contains faulty genes, is beginning to pay off. The BBC reports that Jake Ternan of County Durham, afflicted with Leber congenital amaurosis, a genetic disease causing vision loss and produced by nonfunctional mutant copies of two genes, has had his vision stabilized and somewhat improved by injection of working copies of the gene directly into his retina. (h/t Jez). More of this will follow; it’s not as easy as one thinks, but the method has great promise to alleviate genetic diseases.

The NYT reports that a very old bottle of whisky has been found—probably the oldest American bottle in existence. Once thought to have dated back to the Civil War era, radiocarbon dating of a sample puts even older: probably between 1763 and 1803! Some experts doubt the age and the provenance, but they’re going to auction it off for about $40,000. That would make each dram worth a ton, but who would drink such whisky? Still, why shouldn’t you drink it? It doesn’t do anybody any good sitting in this bottle:

I am sad to report the demise of John Richards, founder (and later frustrted disbander) of the estimable Apostrophe Protection Society. (It still has a website, but it isn’t active.) From his obituary:

Mr. Richards and his most enthusiastic comrades set about collecting photographic evidence, which they posted on their website, of the extent of modern apostrophe abuse: a line declaring that “Diamond’s Are Forever,” a handwritten store sign advertising “LOT’S MORE TOY’S INSIDE” and a newsstand where readers could find “NEW’S AND MAGAZINES.” They discovered a body art salon that announced itself as offering “TATTOO’S,” a concerning error for an establishment whose primary service was the permanent inking of skin.

More irritating to Mr. Richards than the misuse of the apostrophe was its omission, the careless way in which the little squiggle was so often tossed to the wind. He was particularly dismayed when several English towns, ostensibly to facilitate the use of GPS devices, eliminated apostrophes from the official names of streets and other landmarks, producing such abominations as “St. Pauls Square.”

Another disappointment came when the venerable bookseller Waterstone’s became Waterstones. If “McDonald’s can get it right, then why can’t Waterstones?” he told the Telegraph. “You would really hope that a bookshop is the last place to be so slapdash with English.”

At least 44 ultra-Orthodox Jews were crushed at a crowded religious ceremony in Israel, celebrating and dancing at the tomb of a second-century rabbi. You can see the story and a video here. I won’t comment about religion’s poisonous effects.

In March Stone Foltz, a student at Bowling Green died from alcohol consumption, part of a “hazing” ritual in which new fraternity members are subjected to various challenges and humiliations. This time, though, eight members of the fraternity have been charged with various crimes, including second-degree manslaughter, reckless homicide, hazing, and evidence tampering. I believe some of those charged face up to ten years in jail.

Stuff that happened on April 30 includes:

Here’s a painting of that first oath of office: 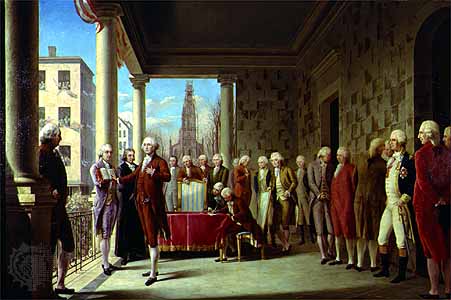 It was a bargain, at the then price of $18 per square mile. The purchased land is in white: 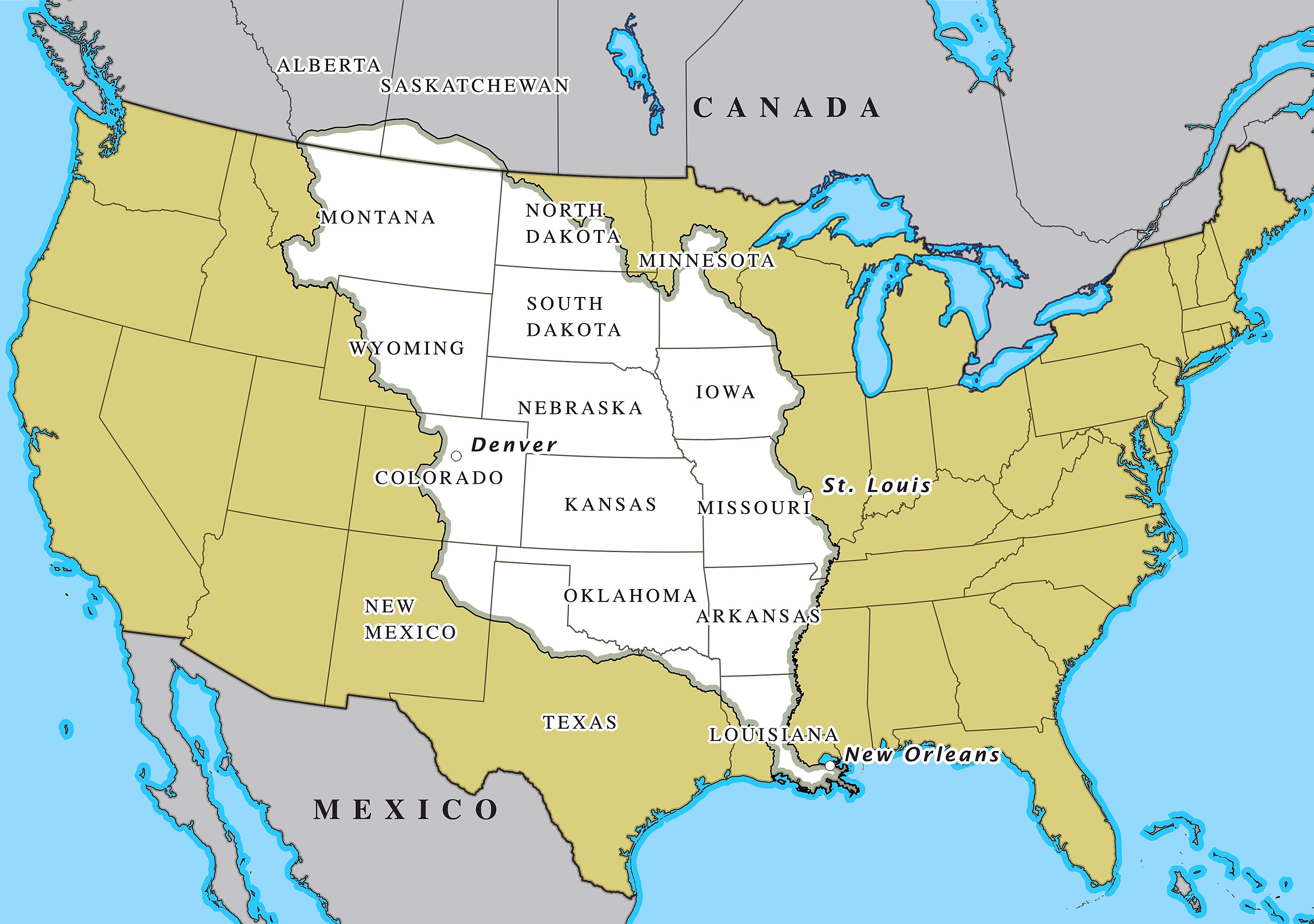 The electron was the first subatomic particle to be found; here’s a photo of Thomson, who won the Nobel for his discovery: 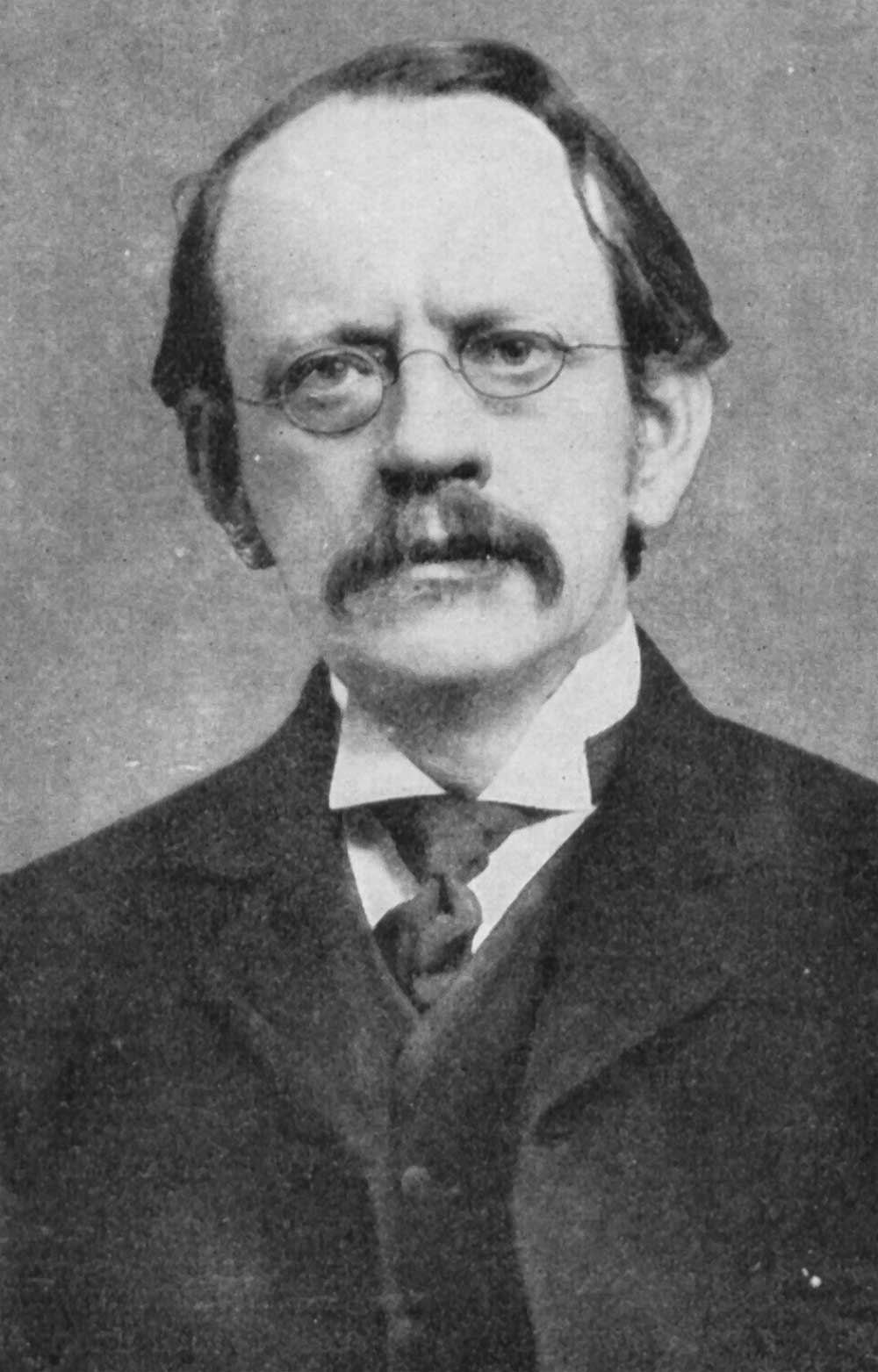 Here’s the banner and a photo of it being raised over the Reichstag (it was made in the field); the banner is still preserved at the Central Museum of the Armed Forces, Moscow (third photo): 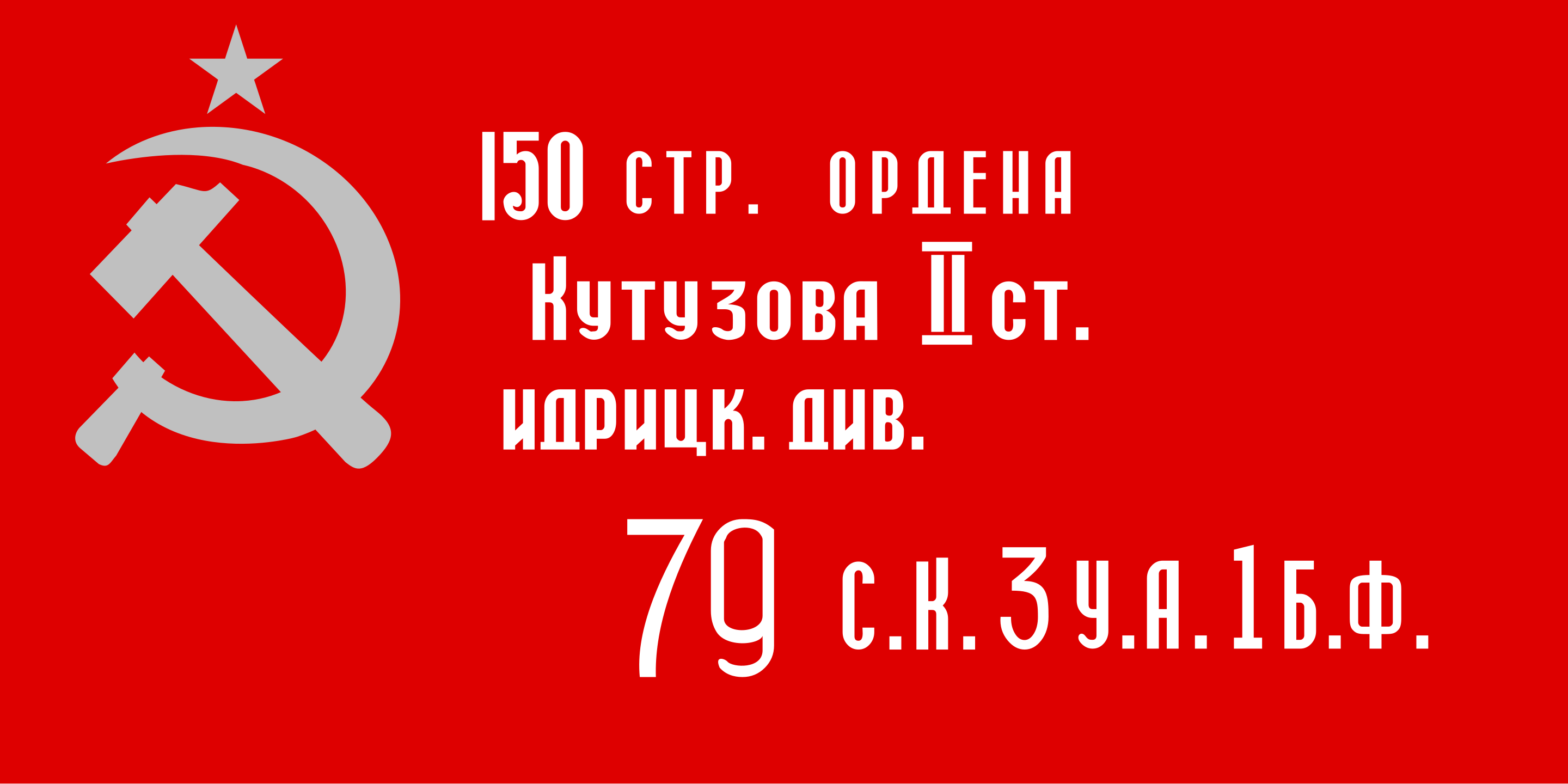 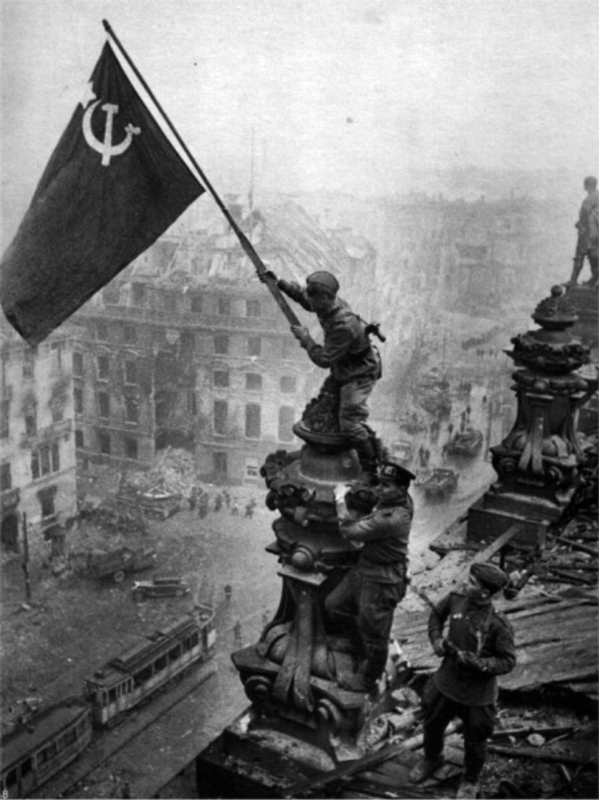 Those who purchased the farm on April 30 include:

FitzRoy was, of course, the captain of HMS Beagle, who failed as Governor of New Zealand, fell onto hard times in England, and cut his throat 156 years ago today (he was prone to depression, which is one reason Darwin was taken aboard the ship—as the Captain’s companion to keep FitzRoy company).  There are a few photos of FitzRoy; here’s one taken about ten years before his death: 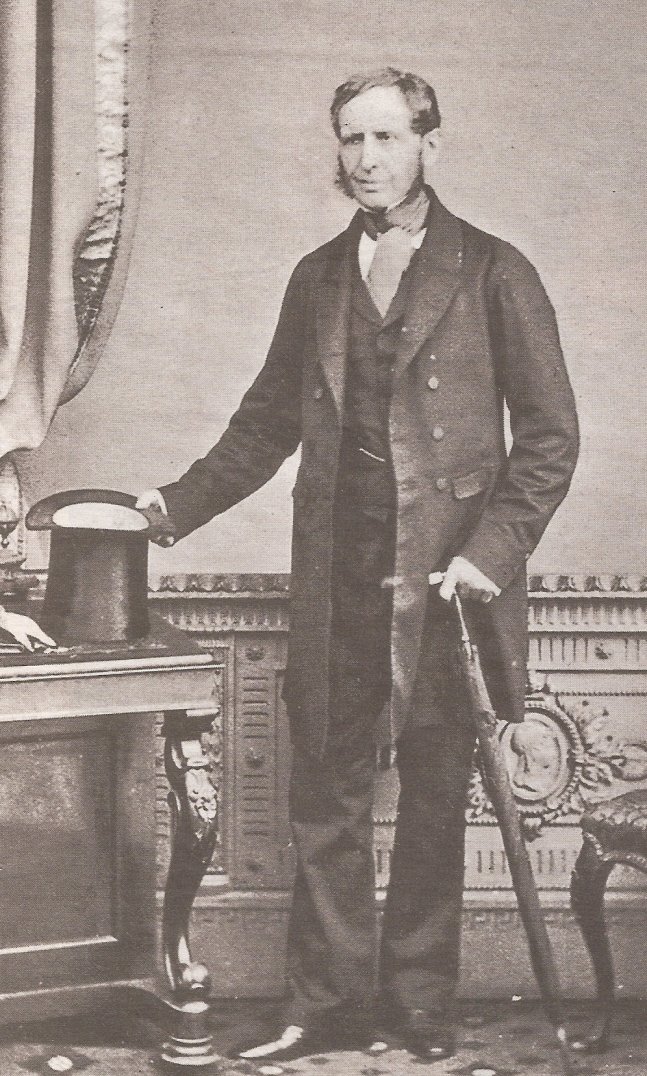 Jones is a hero, having saved all the passengers on his train by staying aboard and slowing it before it crashed into another train. He was the only fatality. Here he is: 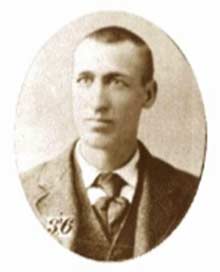 Meawhile in Dobrzyn, Hili is walking her beat:

A; Where are you going?
Hili: I have to check what’s growing in the northern part of the garden. 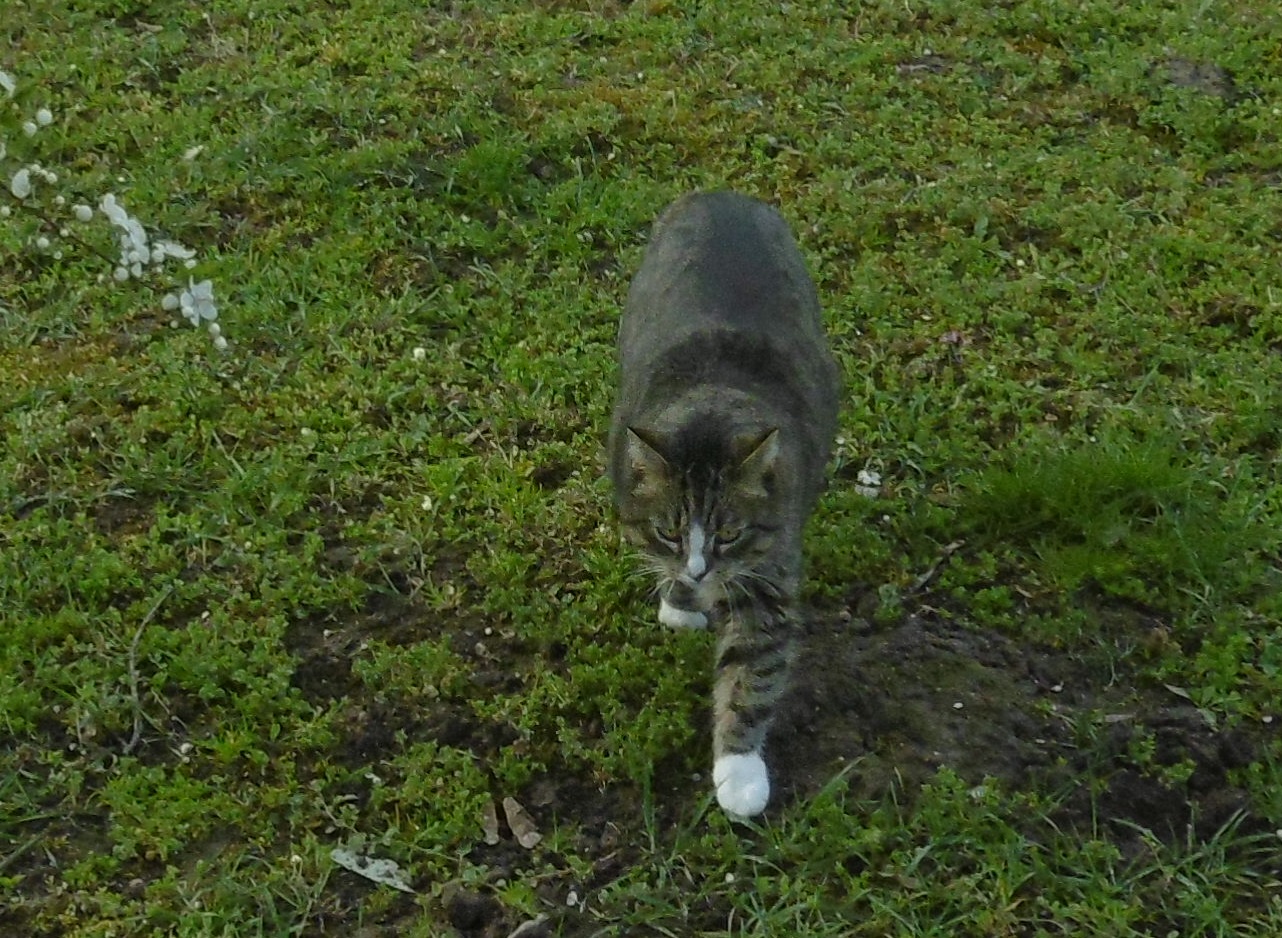 And we have four photos of Kulka and Szaron taken by Paulina: 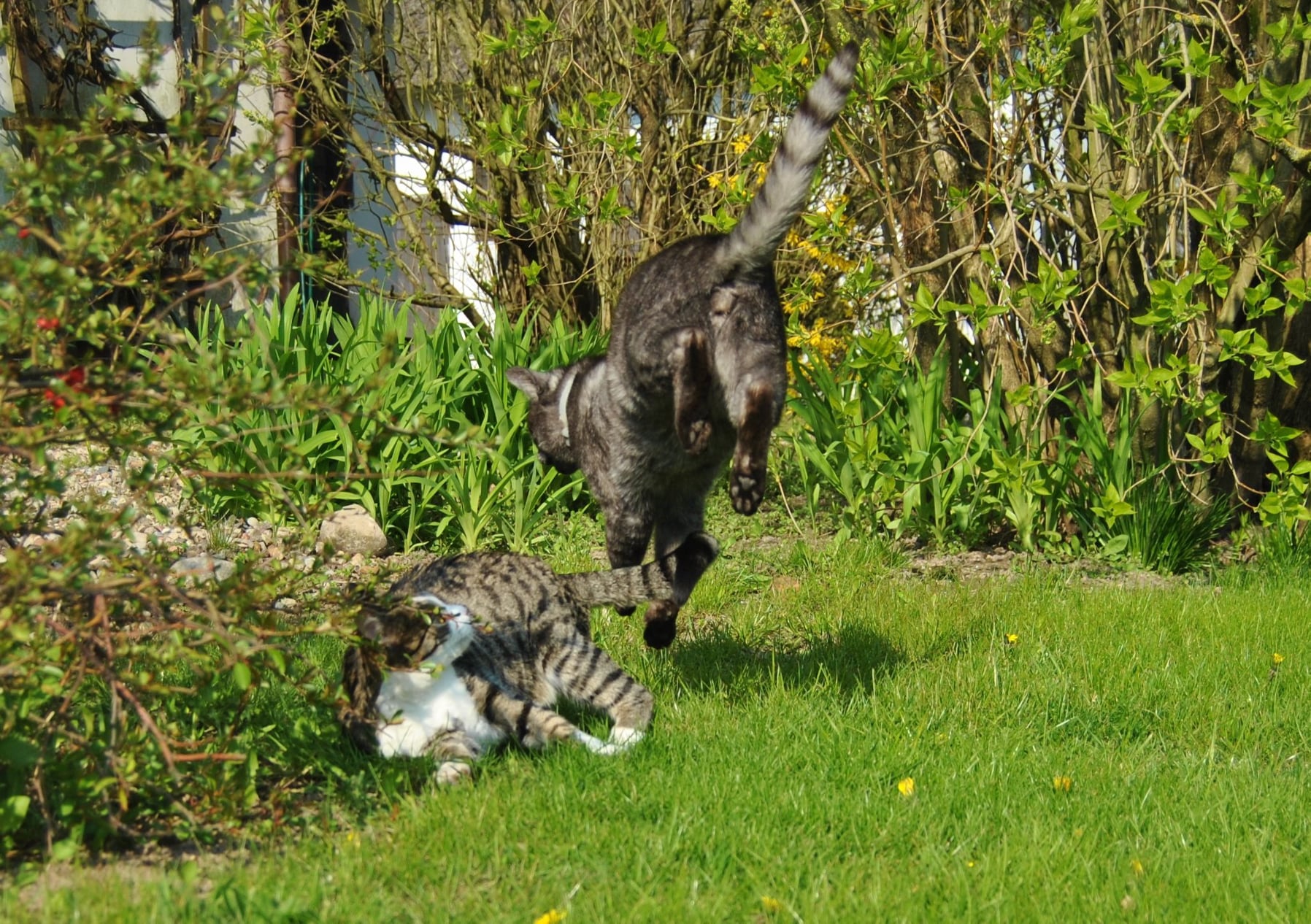 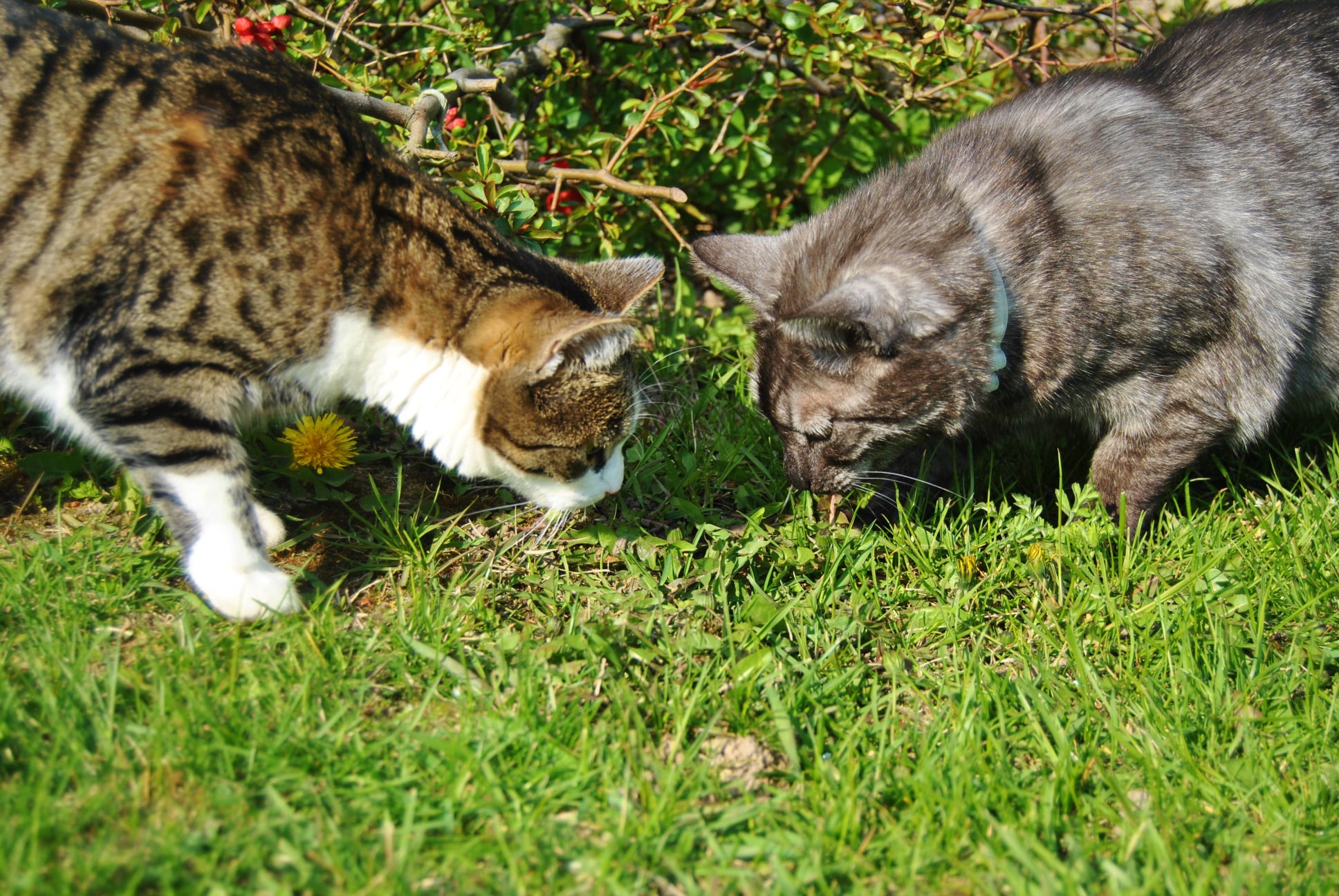 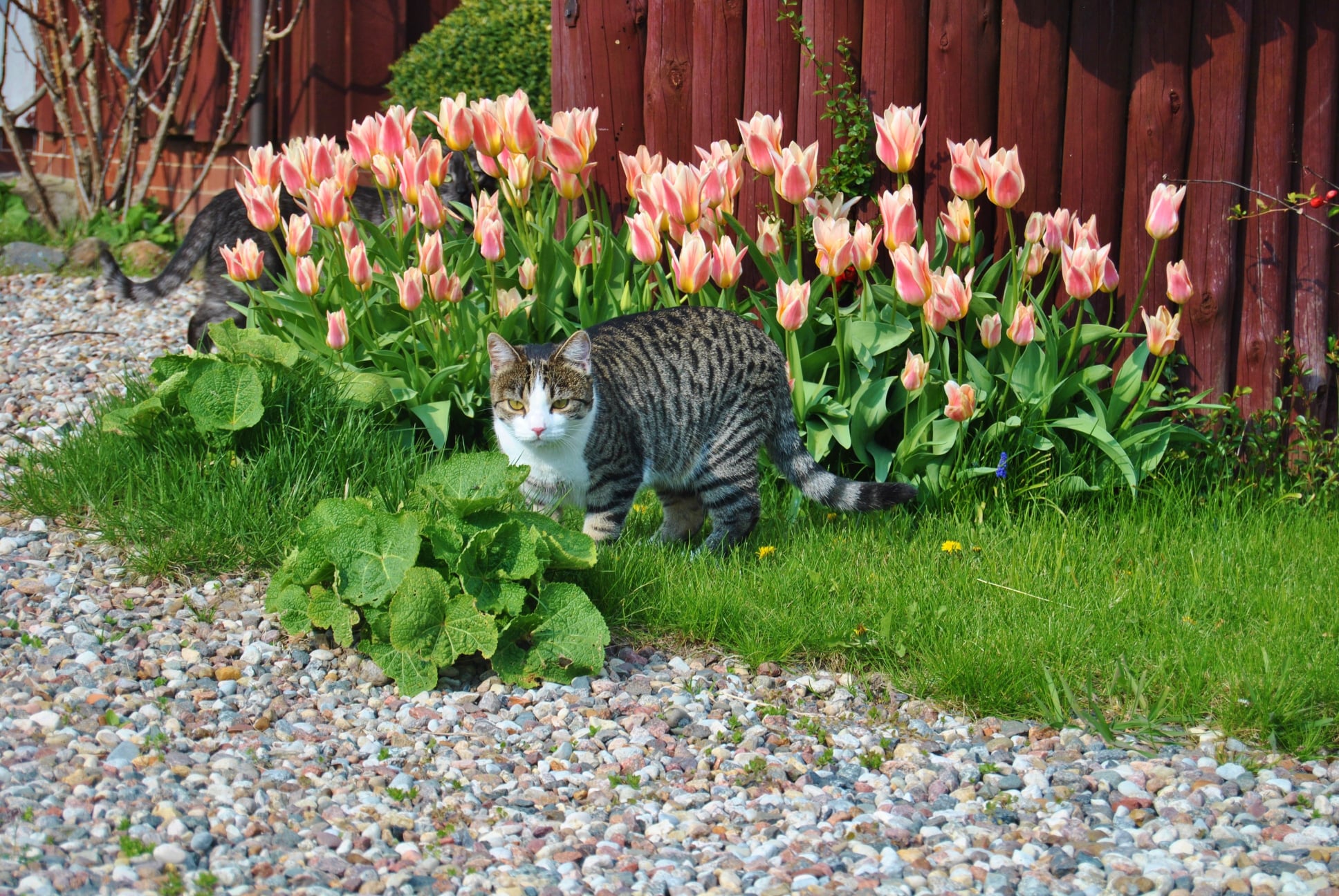 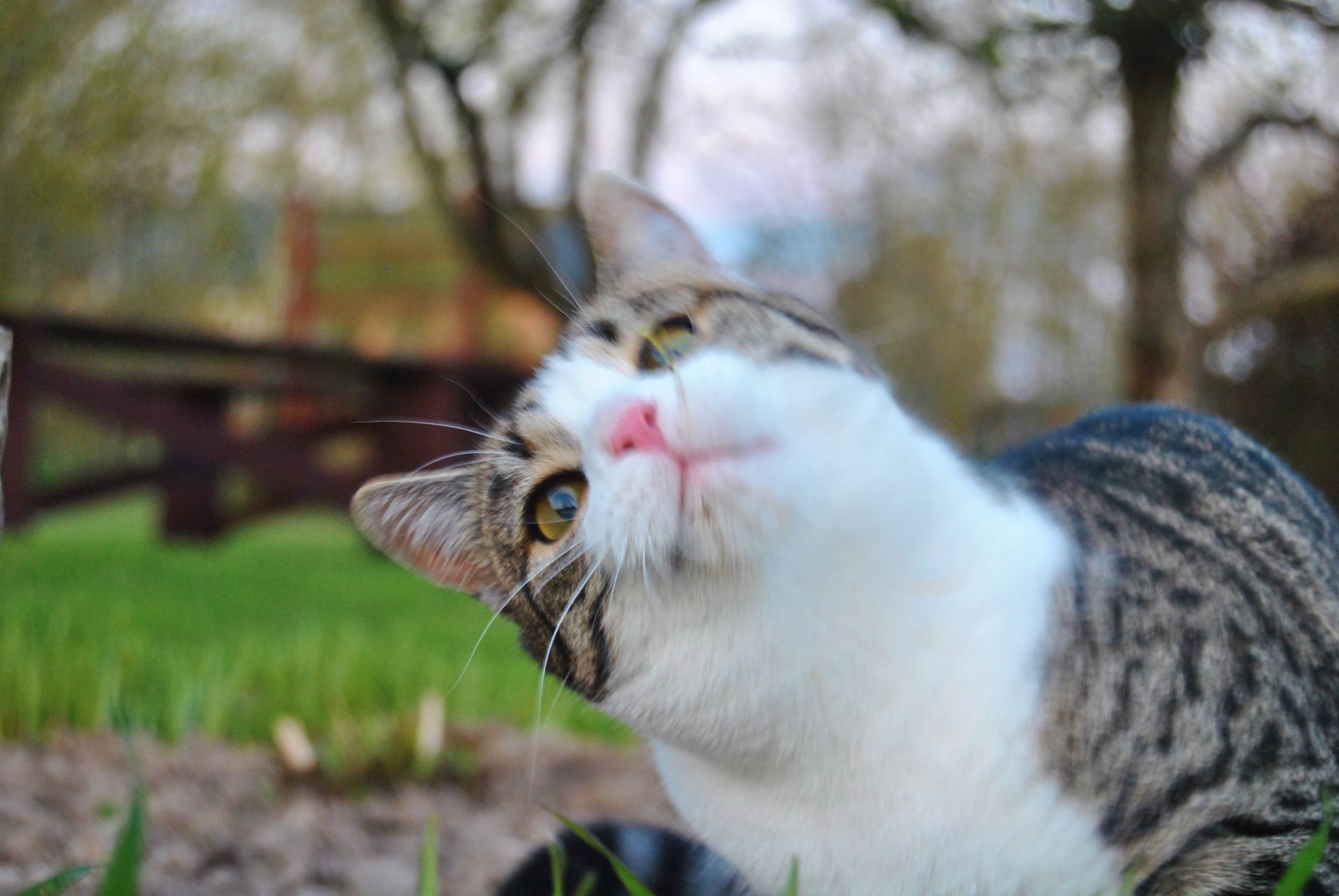 From reader Rick. I make NO claims about the accuracy about the photo, the MRI, or what it shows! 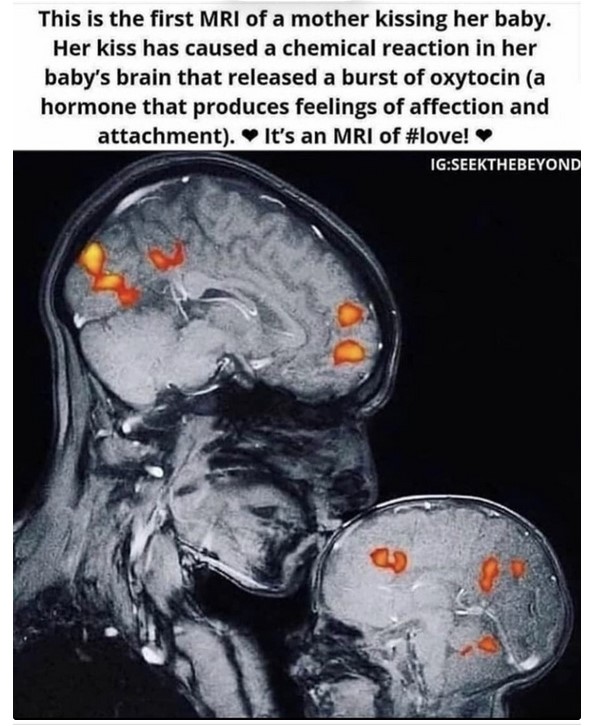 An itinerant wanderer making a selfie in a mural that decorates an underpass leading to the shore of Lake Michigan: 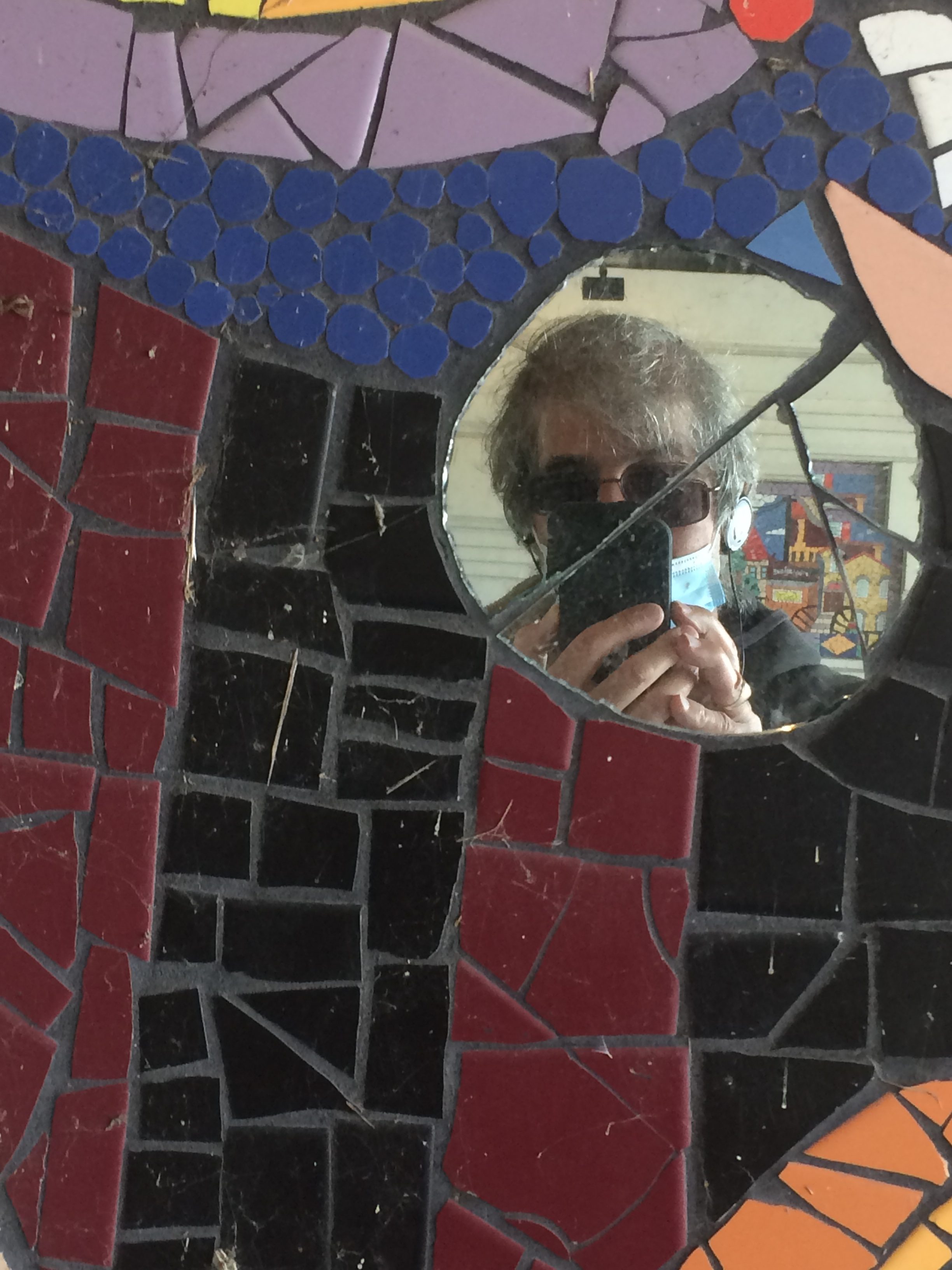 You can buy this tee-shirt at this link. 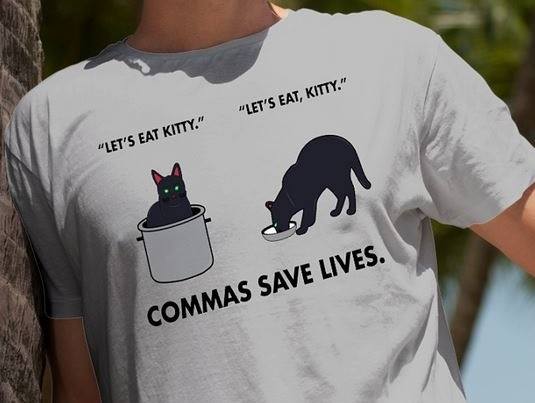 From reader Frank, an awkward friendship. Grania would have loved this:

THE ANNOYED ANIMAL SERIES
Some Friendships Require More Patience Than Others

Nowhere is it written that a cat and a rabbit can't be friends.

But that doesn't mean the cat always finds it easy for the two of them to go for a walk together.

Here are some duck-related tweets that were sent to me by many readers. The first story bears reading in toto:

My Dad lives in an apartment near a canal and a certain duck has taken a liking to his balcony. So much so that she nested there last year and is nesting there again this year. But there are some things you need to know about this situation.

And the video. This is truly a man after my own heart!

Now the vertical duck below, which has gone viral, isn’t a wild mallard, but a domesticated breed (a runner duck) descended from wild mallards. They are flightless and stand erect, and some, like this one, have been selected to retain the wild-duck pattern. But don’t compare this to other mallards!

"The tallest mallard duck to have ever lived (since records began) known as 'Long Boi.' He lives on the campus of the University of York, England. He stands just over 1m tall (3.5ft)." pic.twitter.com/YMQVRlfCb5

From Vogue via Titania. Vogue and especially Teen Vogue have become uber woke. Titania singles out the fallacy.

To solve the climate crisis, we must sterilise all living human beings.

Believe me, future generations will thank us. https://t.co/nceAEy3lKw

Tweets from Matthew. The caption to the Wadlow picture is great, but remember the one below it!

I give you the greatest picture caption of all time pic.twitter.com/FXKi4i1wcp

Remember this caption? (I’m referring to the photo on the right.)

Who would have believed that the perfect Wikipedia photo caption could have been improved upon? pic.twitter.com/pLedKWbs1o

Nothing is as special as a weevil taking flight. Nothing even close. pic.twitter.com/GkLbdOHOtd