This is not a book for everyone, for it’s rather hard-core philosophy (albeit written in an accessible way), and is about one question: do we have free will or not? Since a lot of us have engaged in free-will debates here over the years, it’s appropriate for many of us. I’m really glad I read it.

And so to the Rumble in the Ivory Tower: 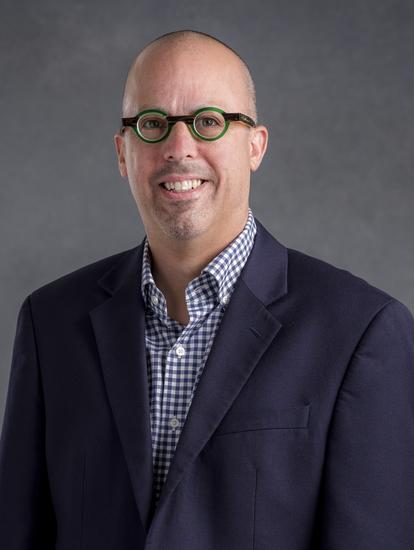 In the other corner is Dan Dennett, whom most of us know; he’s “the co-director of the Center for Cognitive Studies and the Austin B. Fletcher Professor of Philosophy at Tufts University.” 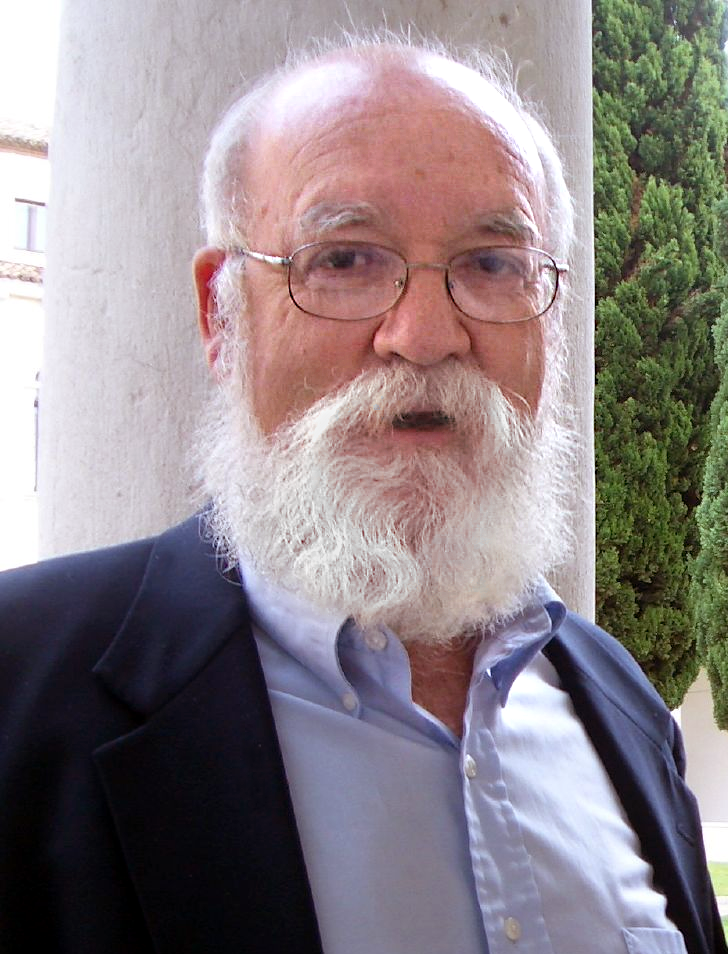 Both men have published extensively on free will. Caruso is a self-described “free will skeptic”; he thinks that because none of us can control our actions in a way that would change what we do at any given moment, we are not morally responsible for our acts, though we are “answerably responsible” or “causally responsible”. That is, if we do something good or bad, then we must be held accountable by society for our act in some way. Caruso adheres to a “pubic health” model of punishment: if you transgress, you are quarantined for possible cure and to keep you from hurting other people. You are not quarantined to deter others, as we don’t do that with carriers of infectious diseases. Ergo Gregg doesn’t see deterrence as a valid reason for “punishment” (or “quarantine”).  Caruso also sees no concept of “free will” that makes any sense, much less the historical one of “dualistic” free will—the one in which at any time we could have willed our choices and behaviors to be other than what we chose.

Dennett, like Caruso, is a determinist, agreeing that at any moment we have no free choice about what we do. However, he believes in a form of free will different from the traditional one; a form that, he argues, is the only kind of free will worth wanting. He thus sees his form of free will as compatible with determinism, so he’s a “compatibilist.”

What is Dennett’s form of free will? For him “freedom” consists of what we do when we’re members of the “Moral Agents Club”: that group of citizens who have been properly brought up and are responsive to reason and guidance by other responsible people. So for Dan, though free will isn’t “free” in the traditional sense, he sees it as “the concept of responsible, reliable self-control.”  In other words, people do things—make “choices”, if you will—that conform to the strictures of society. And so Dan says members of the Club have “moral responsibility.”

The screenshot below links to the Amazon order site.

I’ll briefly describe the Battle of the Heavyweights. You already know whose side I’m on! But let me say first that I greatly enjoyed the book, as it shows two top-notch philosophers arguing about a topic dear to my heart, and although the back and forth is civil (it’s a conversation, with each person writing between a paragraph and a few pages before the other person responds), it’s also hard-nosed, with each man querying and parrying the other, trying to find holes in their defense. 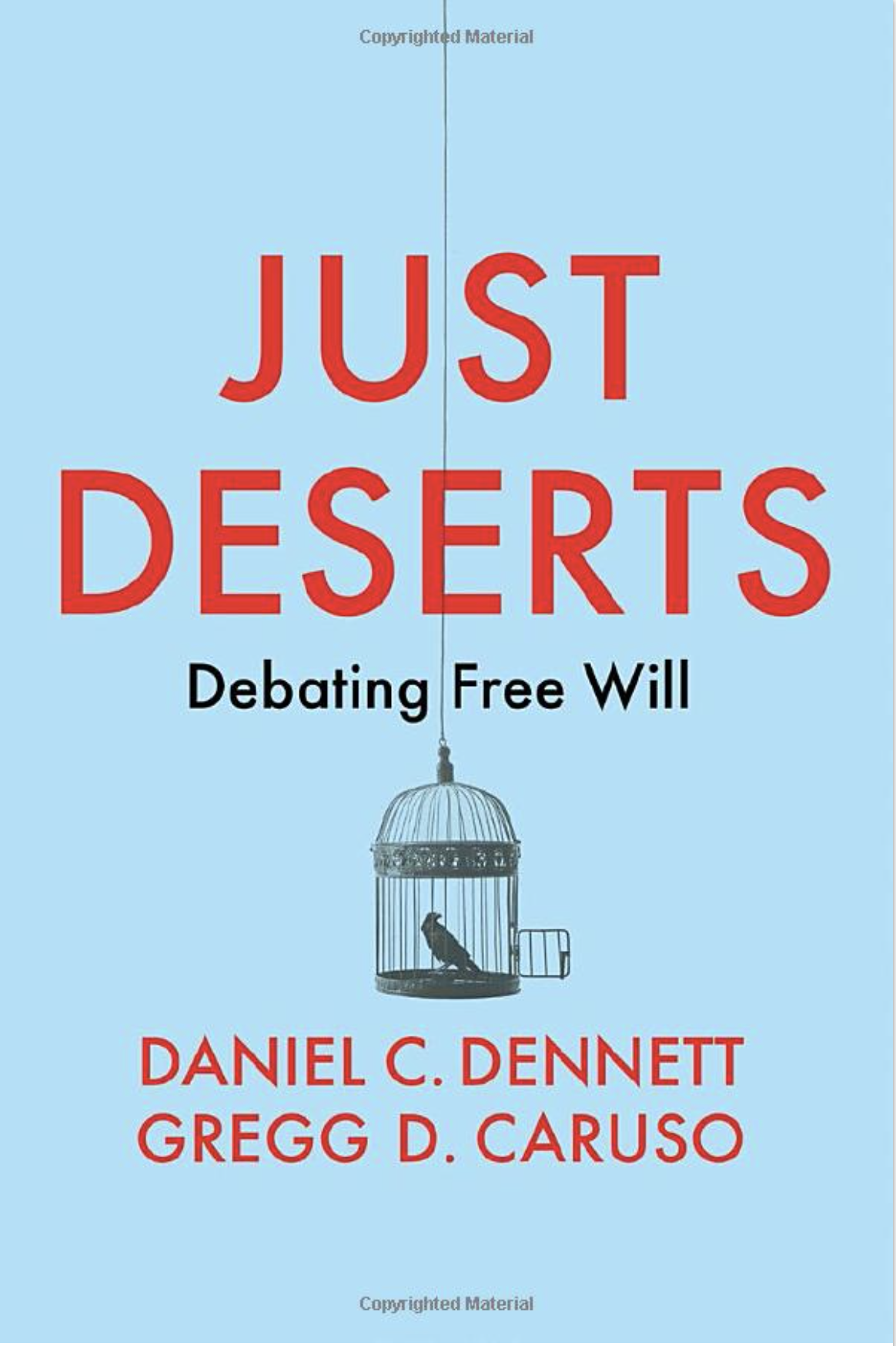 As the title says, the argument is about “Just Deserts”, which to Dan means that people deserve to be praised or blamed for their actions because those actions are taken in a state of moral responsibility. Gregg sees no real reason for people to deserve their praise or blame, and so praise and blame must be allotted according to whether these actions help society or not (with some limitations). Blame should be limited, though, as it’s not really deserved; and “quarantine” rather than moral shaming is the best way to proceed.

In general, both Caruso and Dennett are consequentialists: they think the system of reward and (especially) punishment are largely justified by the consequences these systems have on society. To Dan, punishment is warranted by its effect on sequestering bad people and preventing them from hurting others, by its ability to help effect reformation of the criminal (if that’s possible), and to deter others from committing similar acts. Caruso, however, differs from both Dan and me in arguing that deterrence should not be a goal of punishment, because it uses people as means to control other people’s behavior, which he sees as fundamentally immoral. For example, one might say that in Dan (and my) society, even if someone is innocent of a bad deed that’s been committed, you might want to frame them to deter others from doing that deed. But that doesn’t seem right, does it? My answer would be that the consequences of punishing the innocent would be detrimental in general. But perhaps they need not be! The issue of deterrence is one I’m still thinking over.

So what is the difference between Dan’s views and Gregg’s? Gregg in fact spends almost all his time trying to answer that question, and he presses Dan on whether Dennett’s views are retributivist (which both men abhor: punishing someone simply to get back at them for bad deeds). But Dan sometimes comes close to saying that with his view of “moral responsibility”. At one point, frustrated by Dan’s apparent rapid changes of view during the conversation, Gregg compares Dan to a slippery eel. (There are moments of palpable frustration like this, though both guys behave civilly, like members of Dan’s Moral Agents Club.)

In the end, I would say Gregg won, simply because Dan doesn’t seem to make a good case for people deserving the punishment or praise they get just because they’re member of the “Moral Agents Club”. As Gregg (and I) have pointed out before, you have no choice about whether you’re a member of the Moral Agents Club: circumstances beyond your control have determined whether you are responsive to reasons and adhere to the social contract that makes you “morally responsible.” You might not have had the right upbringing, for instance.  Both Dan and Gregg agree, though, that strenuous prison reform is needed, and largely along similar lines. So to me, the debate either comes down to a difference in semantics or to an opacity of views on Dennett’s part that makes parsing his ideas very difficult.

But it’s great to see these two intellectual heavyweights slug it out. There are no knockouts, but I judge Caruso the winner on points.  And I have to do some thinking about deterrence. Right now I still think that deterrence is a valid aim of punishment.

Regardless of whether you’re a compatibilist or a free-will skeptic (or somewhere in the middle), this book will stimulate your thinking. Do read it if you’re interested in the free-will debate that’s occupied so much of our time. And I really do wish that we could have more debates like this: real back-and-forth conversations in more or less real time. That’s one reason I’m debating Adam Gopnik on whether science or its methods are the only way of gaining knowledge.

Oh, and after you read the book, you can vote on who you think made the best arguments; the voting site is here. Do not vote unless you’ve read the book!

37 thoughts on “Short take on a book: Dennett vs. Caruso in “Just Deserts””