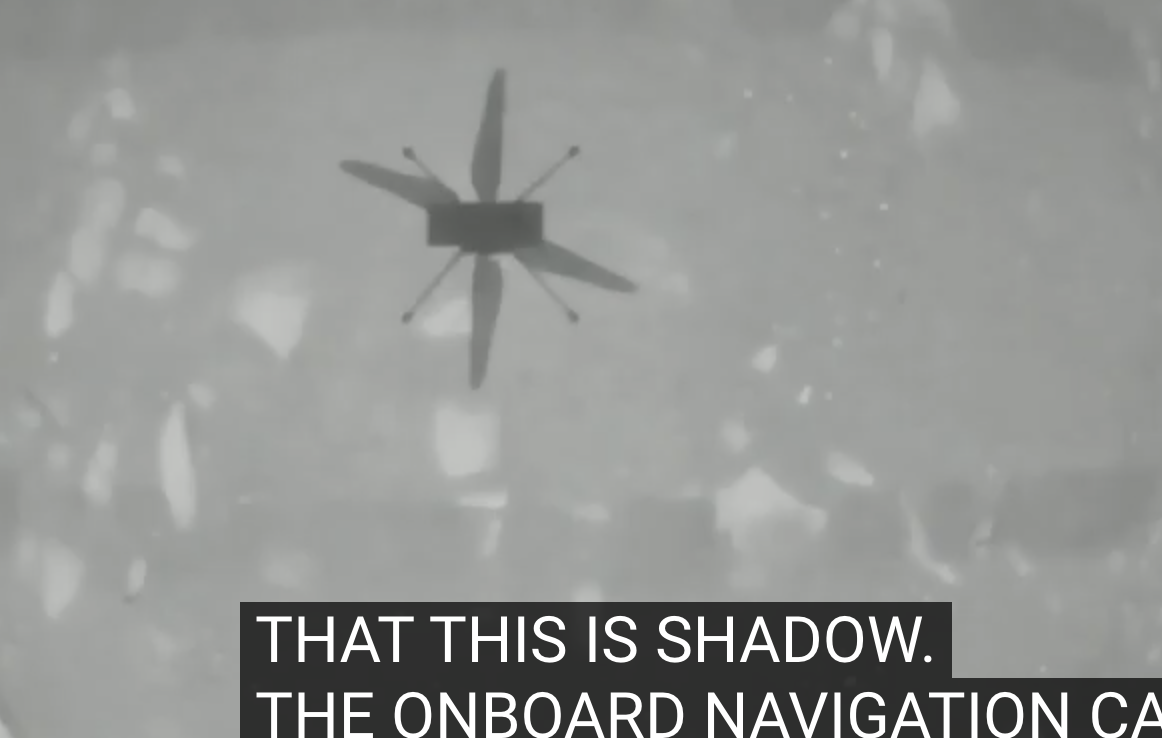 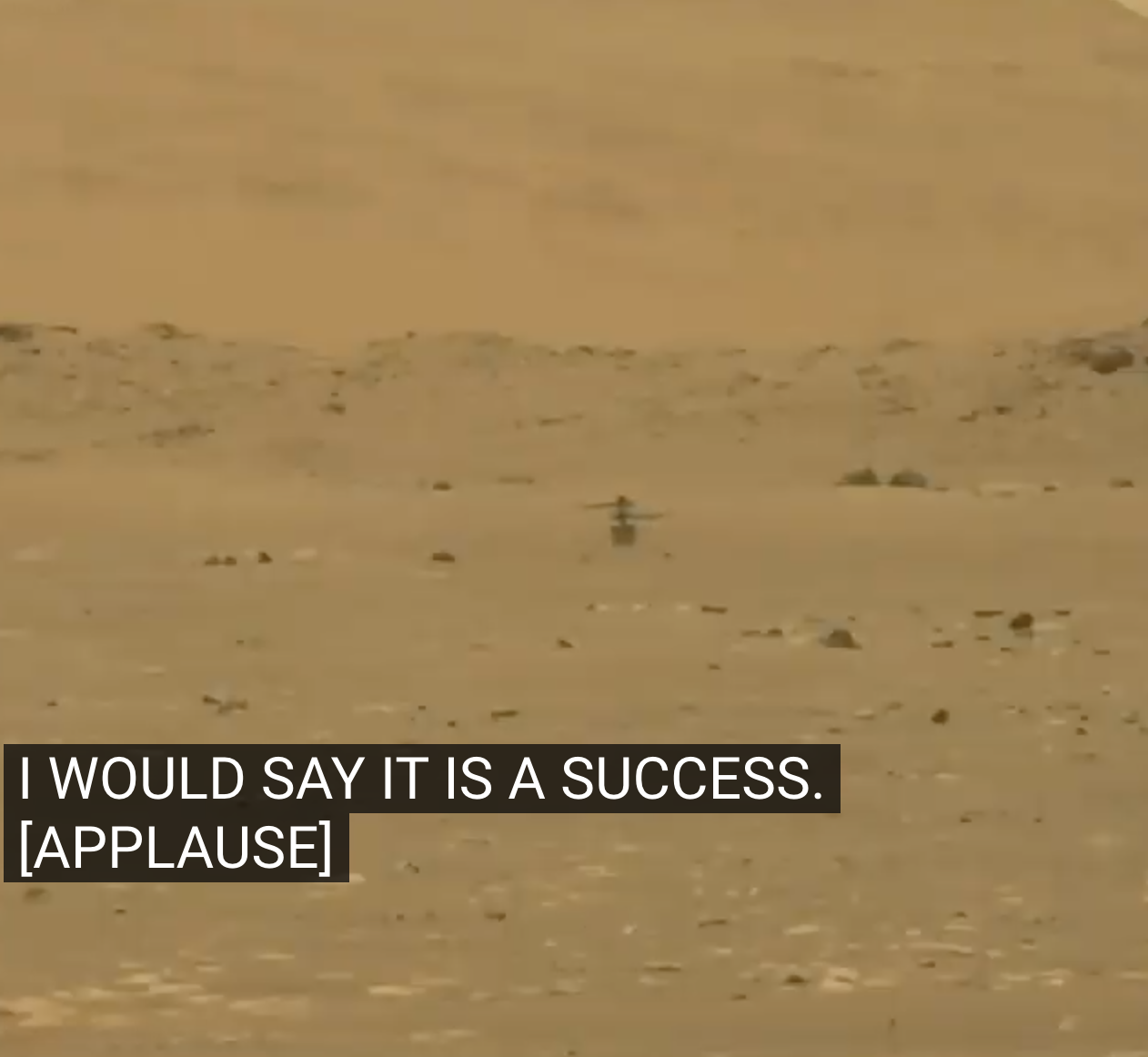 According to the NYT, the Mars helicopter Ingenuity, which weighs only about four pounds, has already attempted its first flight, but we don’t yet know the results as they must be transmitted to Earth. I’m posting this at 5:15 Eastern time, when that data and perhaps video on the flight are supposed to start arriving. The first go will be a short hop, only about 30 seconds long, and the video link is at the bottom. Given the thinness of Mars’s atmosphere (offset a bit by its lower gravity), this feat has been compared to flying a helicopter at an Earth altitude of 100,000 feet—something that’s never been done.

A gif of the Ingenuity (courtesy NASA/JPL CalTech):

At the Ingenuity site on Mars, which is within an ancient crater named Jezero, it will be the middle of the day, about 12:30 p.m. local Mars solar time. (The time zones on the red planet don’t have names, yet.)

For people on Earth, that translates to about 3:30 a.m. Eastern time on Monday. But no one on Earth will know for hours whether the flight has succeeded or failed, or if anything has happened at all. Neither Ingenuity nor Perseverance will be in contact with NASA at that time.

Instead, the two spacecraft will conduct the flight autonomously, executing commands that were sent to them on Sunday. Later, Perseverance will send data back to Earth via a spacecraft orbiting Mars.

NASA TV will begin broadcast from the control room at NASA’s Jet Propulsion Laboratory beginning at 6:15 a.m. Eastern time as the data starts arriving on Earth. You can watch it on NASA’s website.

Additional information will be provided at a news conference at 2 p.m. Eastern time on Monday.

Click below to watch, and fingers crossed. Look how young all the kids are in the helicopter control room!

The Wikipedia article on Ingenuity gives a lot of useful information, and the most poignant piece is this:

Ingenuity carries a piece of fabric from the wing of the 1903 Wright Flyer, the Wright Brothers‘ airplane, humanity’s first controlled powered flight on Earth.

Can you imagine how the Wright brothers would have reacted had they been told 118 years ago that part of their own plane would be flying on Mars?

16 thoughts on “Livestream on the Mars helicopter starts now. IT FLEW!”