Here are two photos from my afternoon walk through Hyde Park.

Why is the street in front of our local shopping center lined with garbage trucks? I suspect it’s to form a barricade in case of rioting over the shooting of Adam Toledo, 13, by a cop several weeks ago. The bodycam footage was released by the city on Thursday, and one could interpret it as the shooting of an unarmed suspect whose hands were up. It in fact was such a shooting, but it happened so fast (less than a second) that it’s not clear whether the cop violated protocol 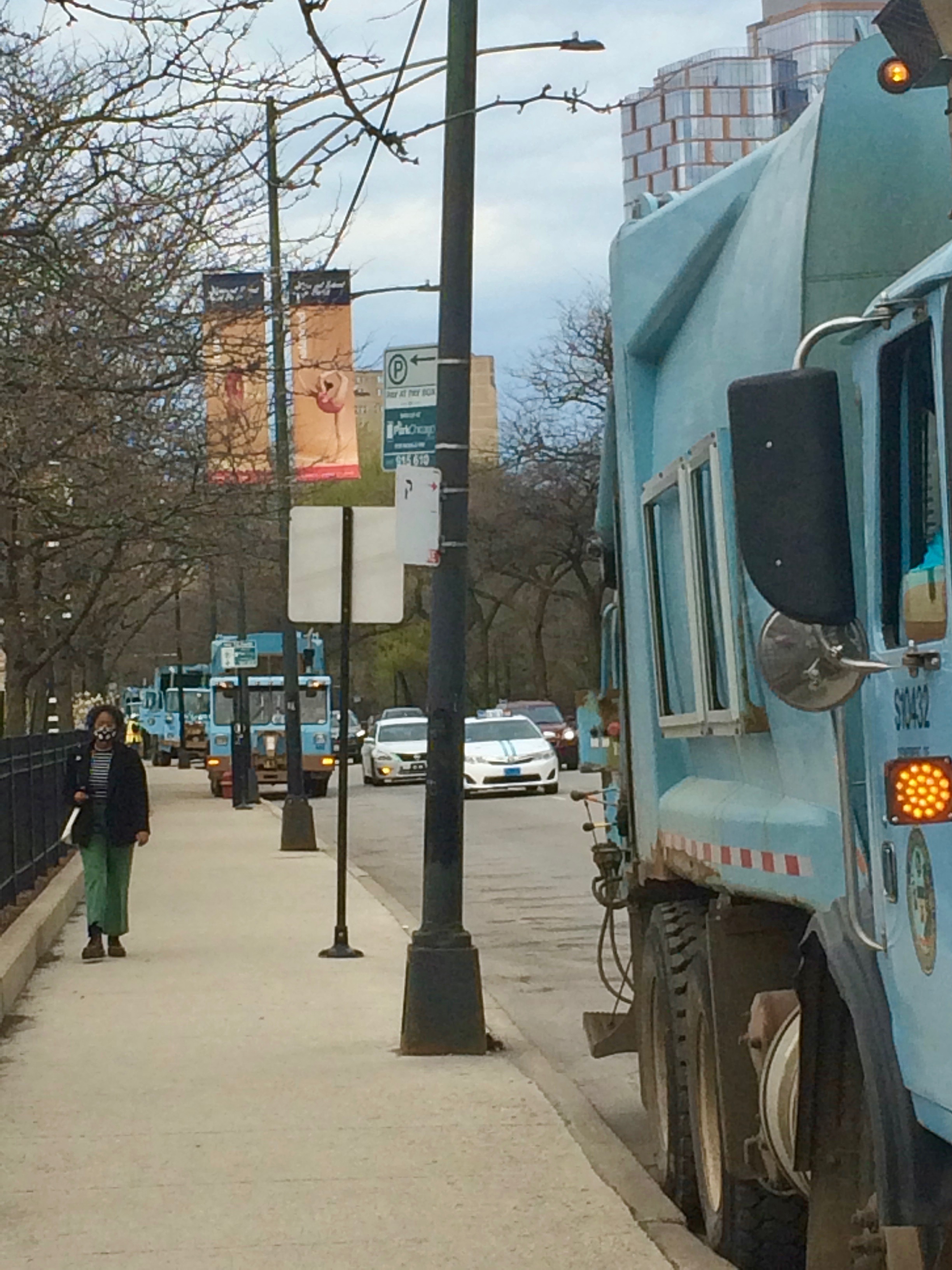 Something not scary but sweet: a three legged dog being taken for a walk by its three-legged owner. It had trouble walking and was probably old, as it had to stop and rest every minute or so. The patient owner rested, too. How nice to save an animal like this! 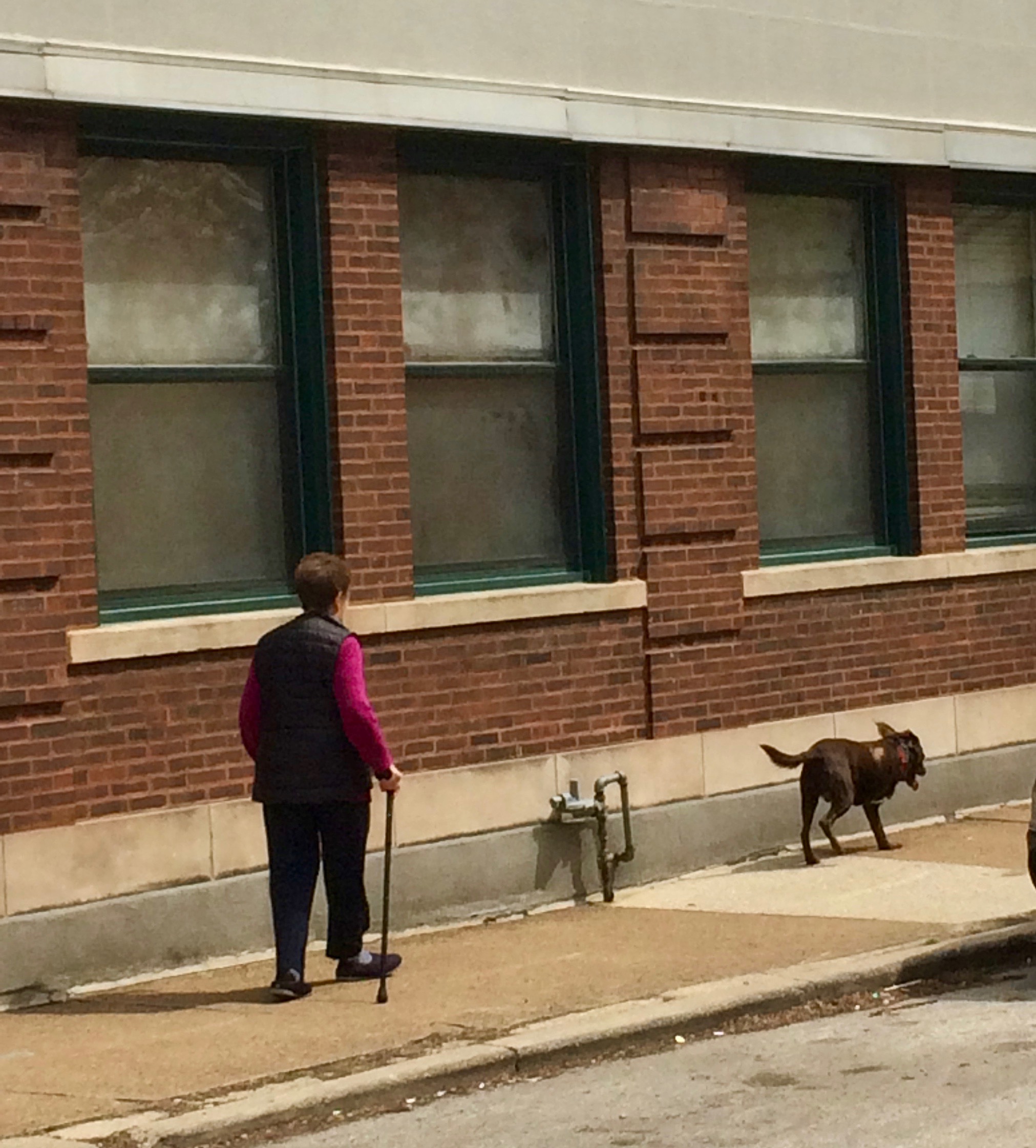 10 thoughts on “Photos from my constitutional”