I’m writing this after lunch on Wednesday, and I’m still not full, so I may go out for more tacos this evening.

The taco is the signature food of San Antonio, which is heavily laden with Tex-Mex cuisine. And if you Google “best tacos in San Antonio”, you’ll get a gazillion different sites, with very little overlap between the lists. This put me in a quandary, as which should I choose, given that I get only one or two chances?. Based on a recommendation yesterday and one reliable-looking list, I decided to try the “puffy” taco at Henry’s Puffy Tacos, a bit of a slog from where I’m staying. (Texans think little of driving long distances, as their state is so big!)

Here’s the recommendation from Female Foodie:

Henry’s Puffy Tacos is absolutely legendary in San Antonio because no one does puffy tacos better. These puffy tacos have a deep-fried, crisp exterior, a slightly chewy interior, and are filled with your choice of deliciousness. Female Foodie favorites are the Picadillo and chicken fajita puffy tacos. Once you get your order, waste no time in noshing, as the juicy meat will eventually work its way through the crunch of the taco and leave you scrambling to get it all in. The charro beans are house-made and a great side dish if you’re looking for one. Over the years, Henry’s has expanded its offerings into quite an impressive list of cantina items, but there’s no doubt you’re here for the puffy tacos—some of the best tacos in San Antonio.

Here’s the exterior: for my style, it’s a fancy place! 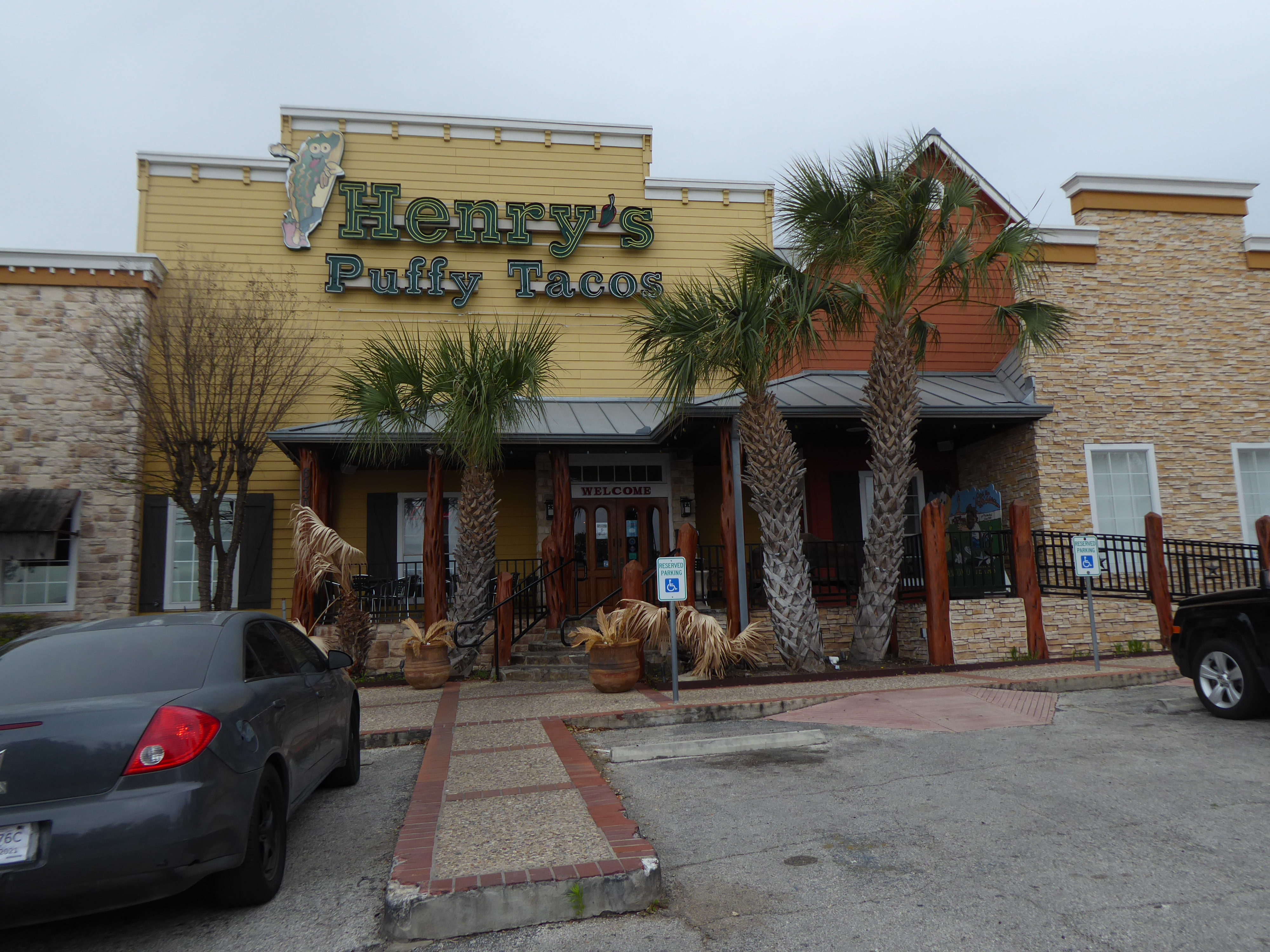 The interior, too, is a bit upmarket, but no worries: 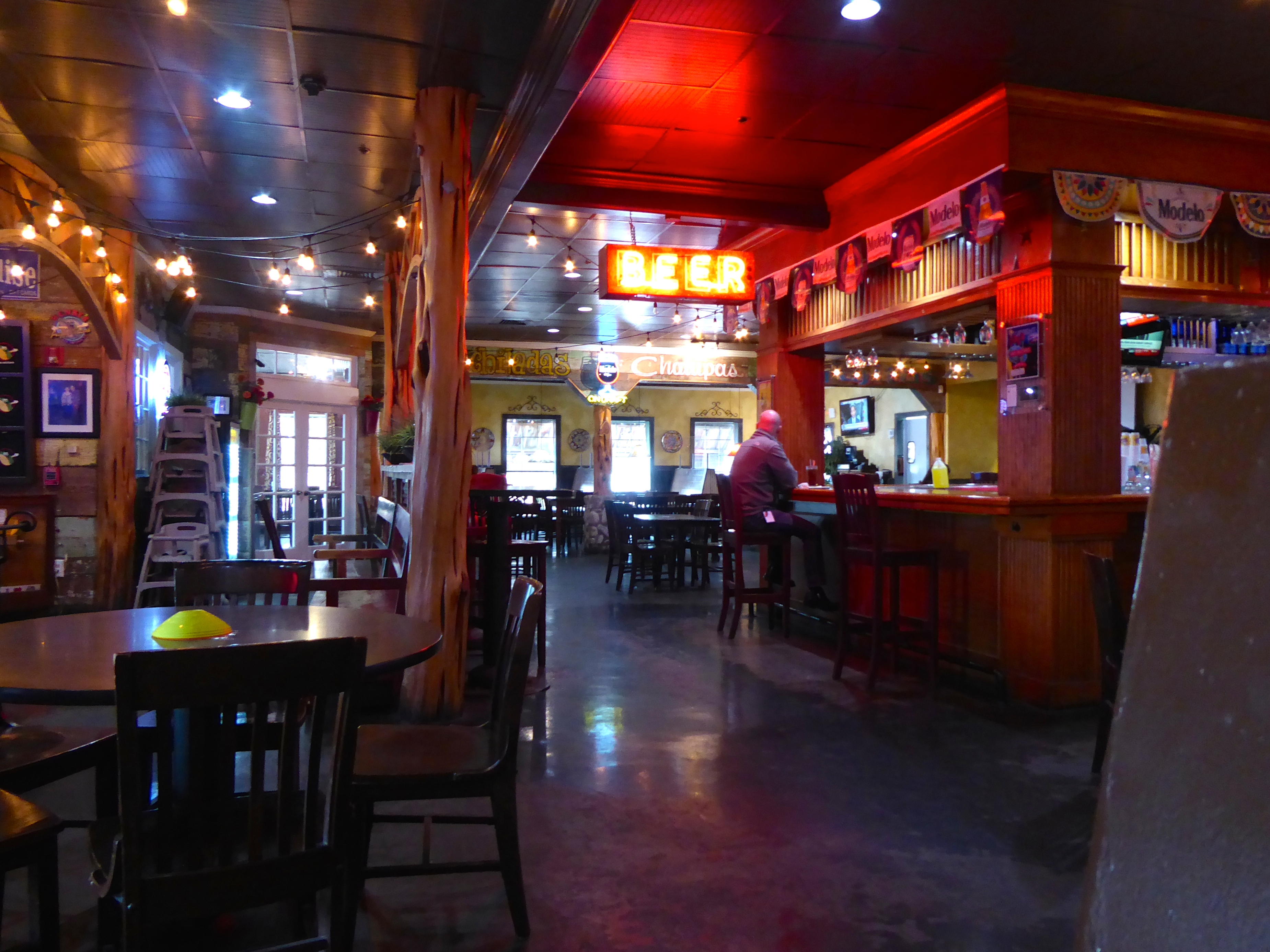 I had the spicy beef and chicken fajita tacos. I ordered only two because the waitress told me that would be enough for lunch. It really wasn’t. With it came chips and salsa and refried beans (I was too addled to order the charro beans).  The tacos were very good, and the texture was great: as the recommendation above noted, you must eat them quickly lest they lose their crunch and become soft. I polished them off within 15 minutes. I should have ordered another, but contemplated instead going to another taco place for dinner. Here’s my lunch plate: 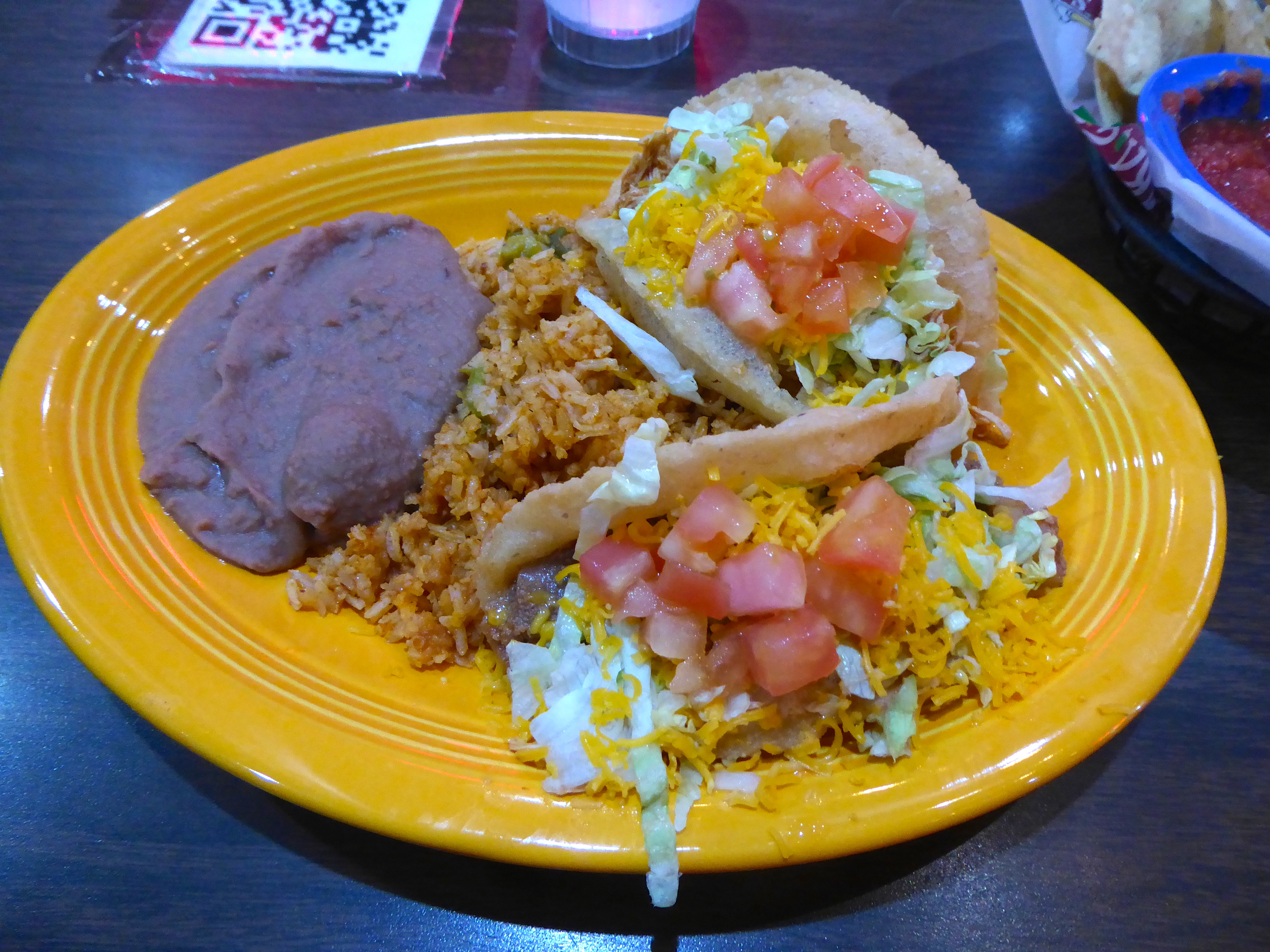 As I said, they were quite good, but hey, it’s tacos, Jake! This ain’t beef brisket or sausages or ribs, so I almost feel that I’ve wasted one day of field work. Tomorrow I’ll go to the Texas Pie Company in Kyle for takeout pie, and then on to the Southside Market in Elgin, famous for its sausages (some say they’re the best in the U.S.)

20 thoughts on “Tacos in San Antonio”