Good morning on the penultimate day of the month: Tuesday, March 30, 2021. It’s National Hot Chicken Day, and by “hot” chicken they mean “spicy,” not “warm”. In recent years hot chicken has become a fad in the South, starting in Nashville, Tennessee.

I’m in Luling, Texas, contemplating a late breakfast of BBQ, and so the Hili dialogues will be truncated until I return in ten days or so. Bear with me: in their place ye shall have noms.

Glory be! The Ever Given container ship is free! With a combination of high tide and tugboats, they got the bow away from the shore, and the ship has been towed to a lake in the canal for inspection. In the meantime, they’re not letting the waiting ships into the canal yet because the canal’s depth could have been changed.

The NYT has a heartening story about how a group of women in Assam are trying to save the world’s rarest stork, the Greater Adjutant Stork (Leptoptilos dubius), a scavenger that stands five feet tall. The total species size is estimated at only about a thousand birds, and there are only three breeding populations. Its habitat is threatened by landfills (see second photo), but a corps of conservation-minded Assamese women are protecting nest sites, rescuing baby birds, and educating the locals. 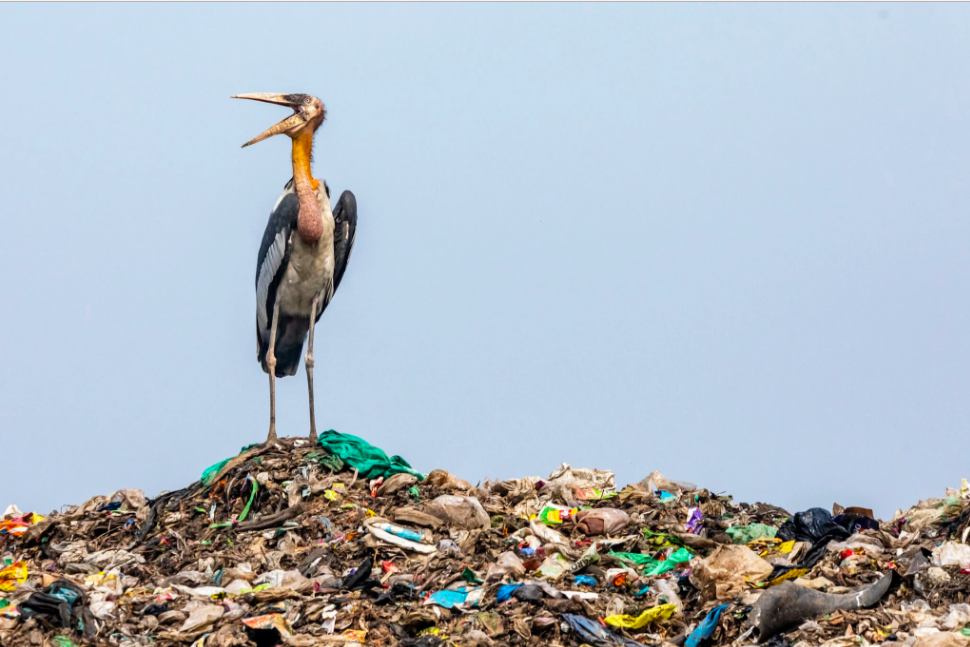 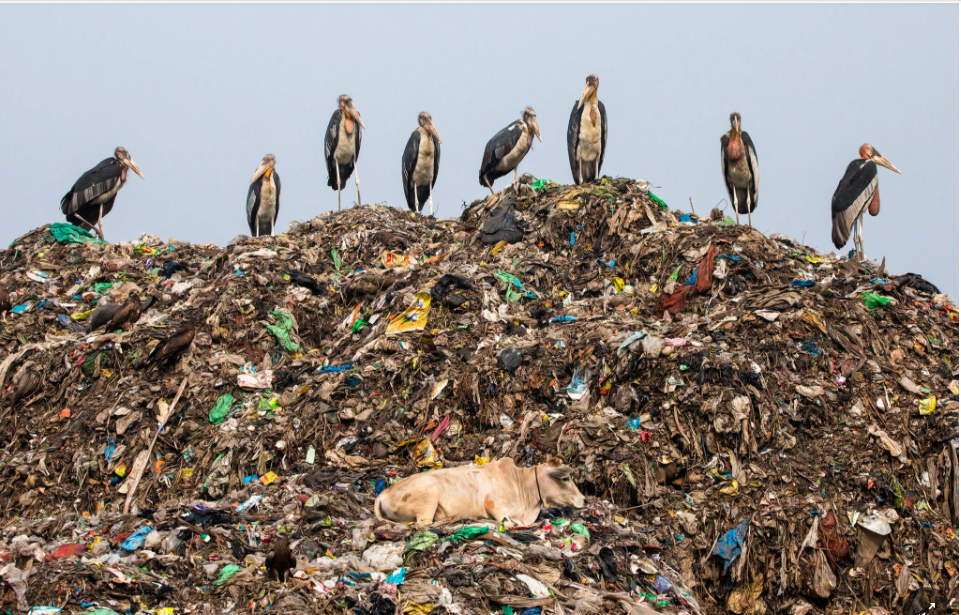 Coronavirus cases have been on the upsurge for a while as restive Americans, encouraged by the removal of mask mandates in states like Texas, are behaving like they did before the pandemic. Dr. Rochelle Walensky, head of the CDC, warned of “impending doom” due to a fourth surge of the virus. From the NYT:

According to a New York Times database, the seven-day average of new virus cases as of Sunday was about 63,000, a level comparable with late October’s average. That was up from 54,000 a day two weeks earlier, an increase of more than 16 percent. Similar upticks in Europe have led to major surges in the spread of Covid-19, Dr. Walensky said.

Public health experts say that the nation is in a race between the vaccination campaign and new, worrisome coronavirus variants. Although more than one in three American adults have received at least one shot and nearly one-fifth are fully vaccinated, the nation is a long way away from reaching so-called herd immunity — the tipping point that comes when spread of a virus begins to slow because so many people, estimated at 70 to 90 percent of the population, are immune to it.

Here’s Walensky on Rachel Maddow’s show. Note that she says that “vaccinated people can’t carry the virus.” I’m not sure we have good data on that, but it would be great news.

"We're still losing people at a 1,000 deaths a day," CDC Dir. Walensky says, speaking on Covid-19 with @maddow. "I just can't face another surge when there's so much optimism right at our fingertips." pic.twitter.com/XmoaSO5uzK

Hili: We have an elephant in the garden.
A: What? Where did he come from?
Hili: He left the room. 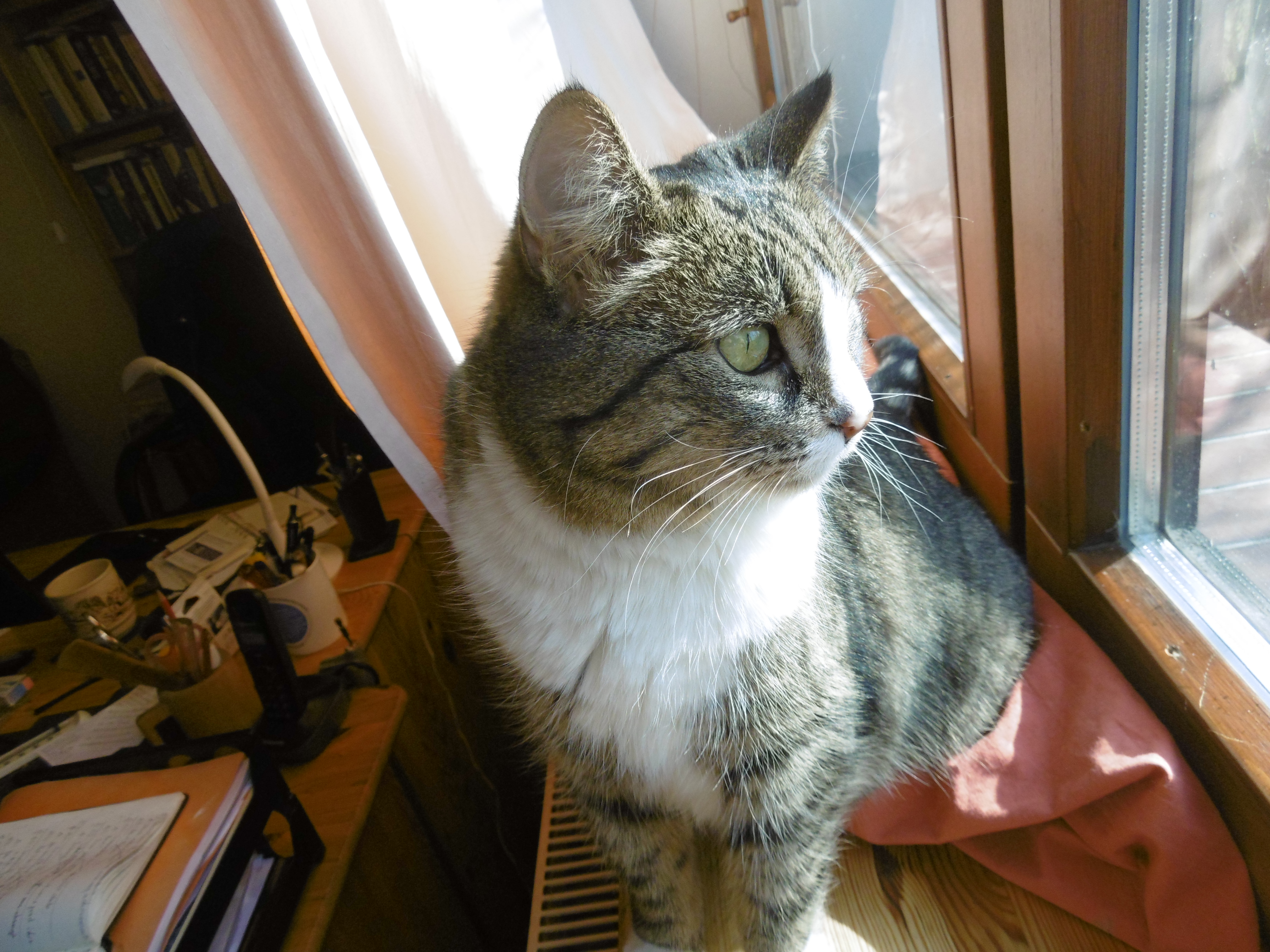 And here’s a photo of Szaron: 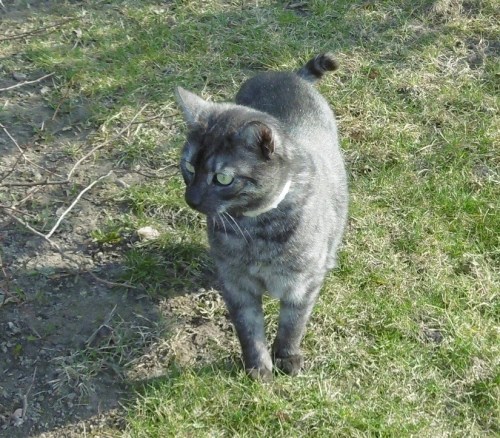 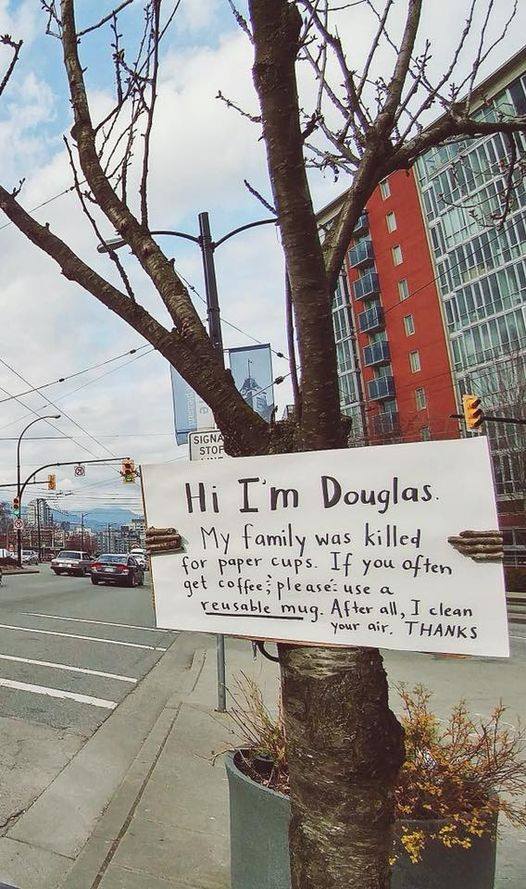 And one from Bruce: 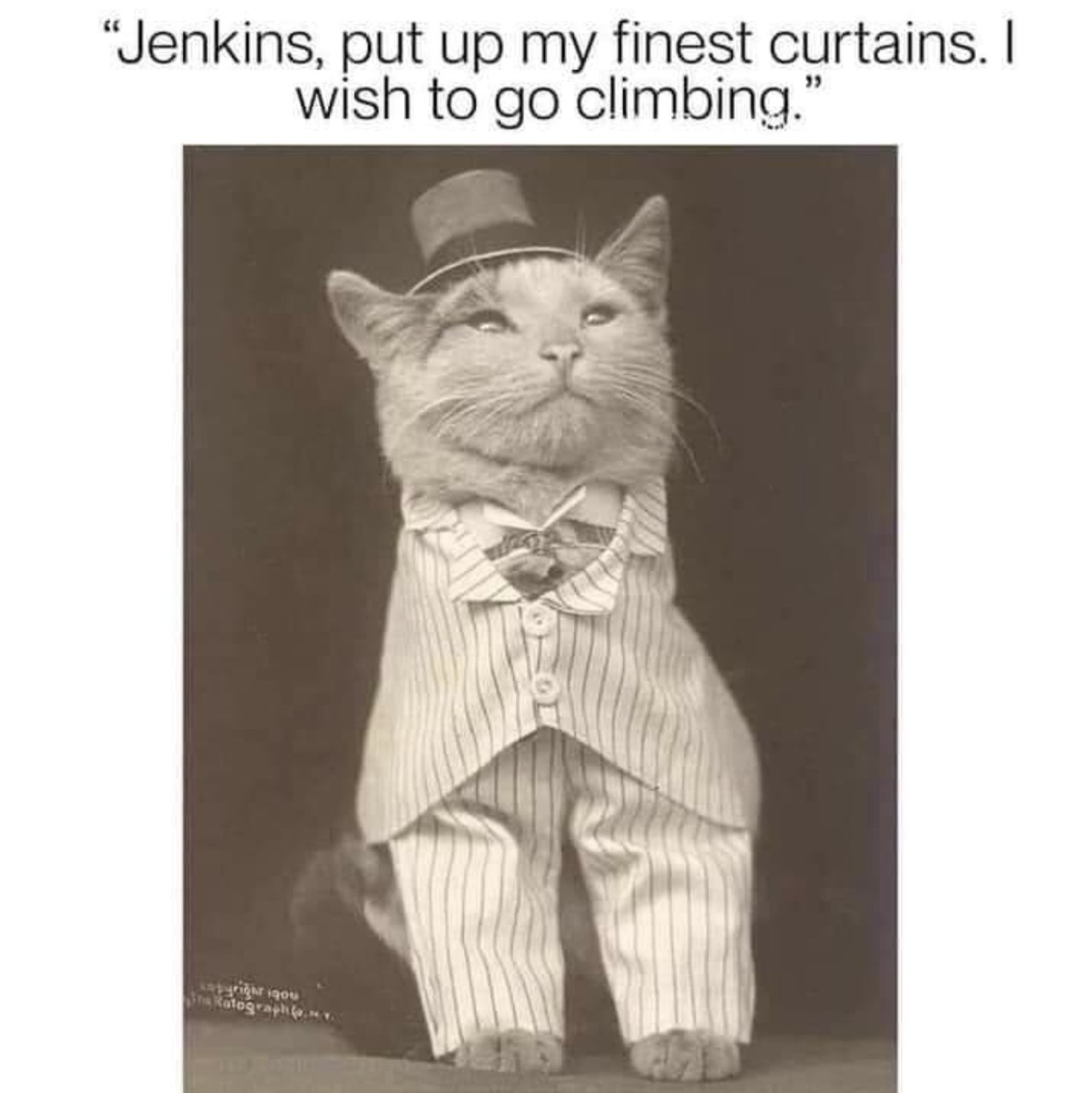 Matthew posted this on my Facebook page. That must have been a damn good book! 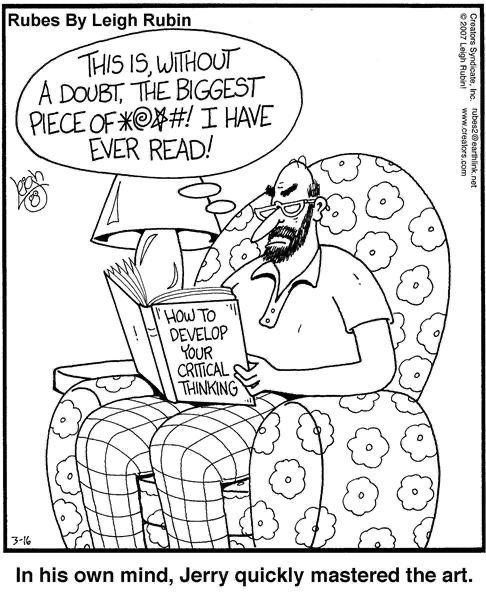 From reader Barry. But where are the kittens gonna get milk?

Hello sweet chicken, what have you been doing?

Working on that summer body 😂😂 pic.twitter.com/bPkhQQSgSJ

Amazing drawings from a fervent desire to preserve the past:

Kowloon Walled City. A team of Japanese researchers spent time until the night before it was demolished measuring and drawing the building, creating this incredible section pic.twitter.com/ntK0ckA0UB

Guy wasn't a cat person — then he met this phone-sized kitten 😻 pic.twitter.com/FtMU7OSS8A

A duckling and a baby emu. Which is cuter?

This taxidermist is as good at stuffing sloths as medieval artists were at drawing cats:

Taxidermy is no friend to the sloth.#MuseumNerdsAbroad #sloths #taxidermy pic.twitter.com/tOBScVq1NO