On Wednesday, famed columnist Mary Schmich, who won a Pulitzer Prize for her Chicago Tribune columns, came to Botany Pond with Trib photographer Antonio Perez. I had emailed her that Honey and Dorothy had arrived, and she wanted to continue her series (two last year: here and here) on the remarkable duck who’s come here five years in a row. (I think Honey now deserves an honorary degree from the University of Chicago!)

And so Mary wrote a great column (below) in which Honey gets top billing, so to speak. I was not expecting her to want to write another piece, but she told me that Honey’s tale is a great human interest story and she’s gotten tons of positive feedback on it. You can access the column here, or by clicking on the screenshot below. If for some reason you’re out of town and/or paywalled, judicious inquiry can yield the piece.

I am grateful to Mary for taking an interest and writing such heartwarming stuff, and also to Mr. Perez for his photos. (One is shown below, which shows Honey’s distinctive bill patterns.) The U of C facilities people, of course, have been instrumental in protecting the ducks and ducklings.

(One is shown below, which shows Honey’s distinctive bill patterns.) 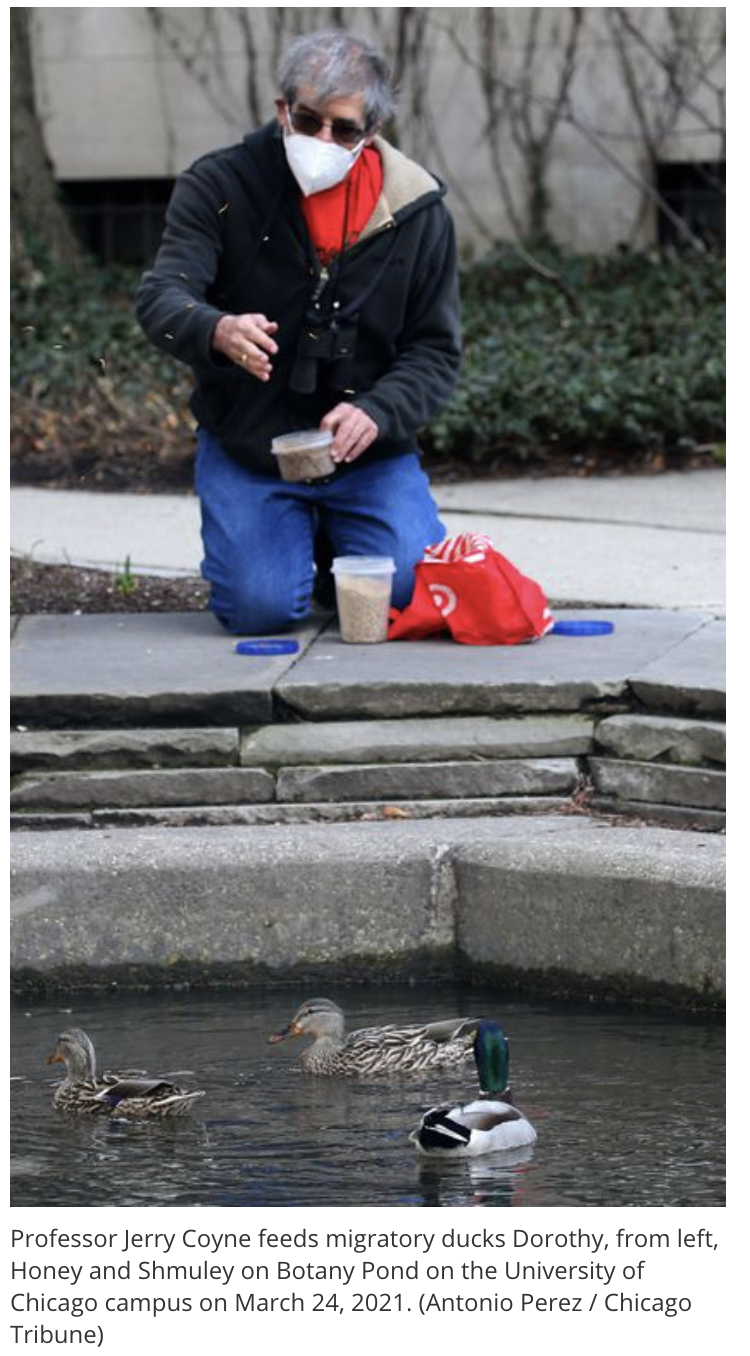