If you click on the screenshot below, you can go to a livestream on the website of an Icelandic site. It’s southwestern Iceland’s first volcanic eruption in around 800 years, the first eruption of this one in 6,000 years, and the livestream is pretty impressive. 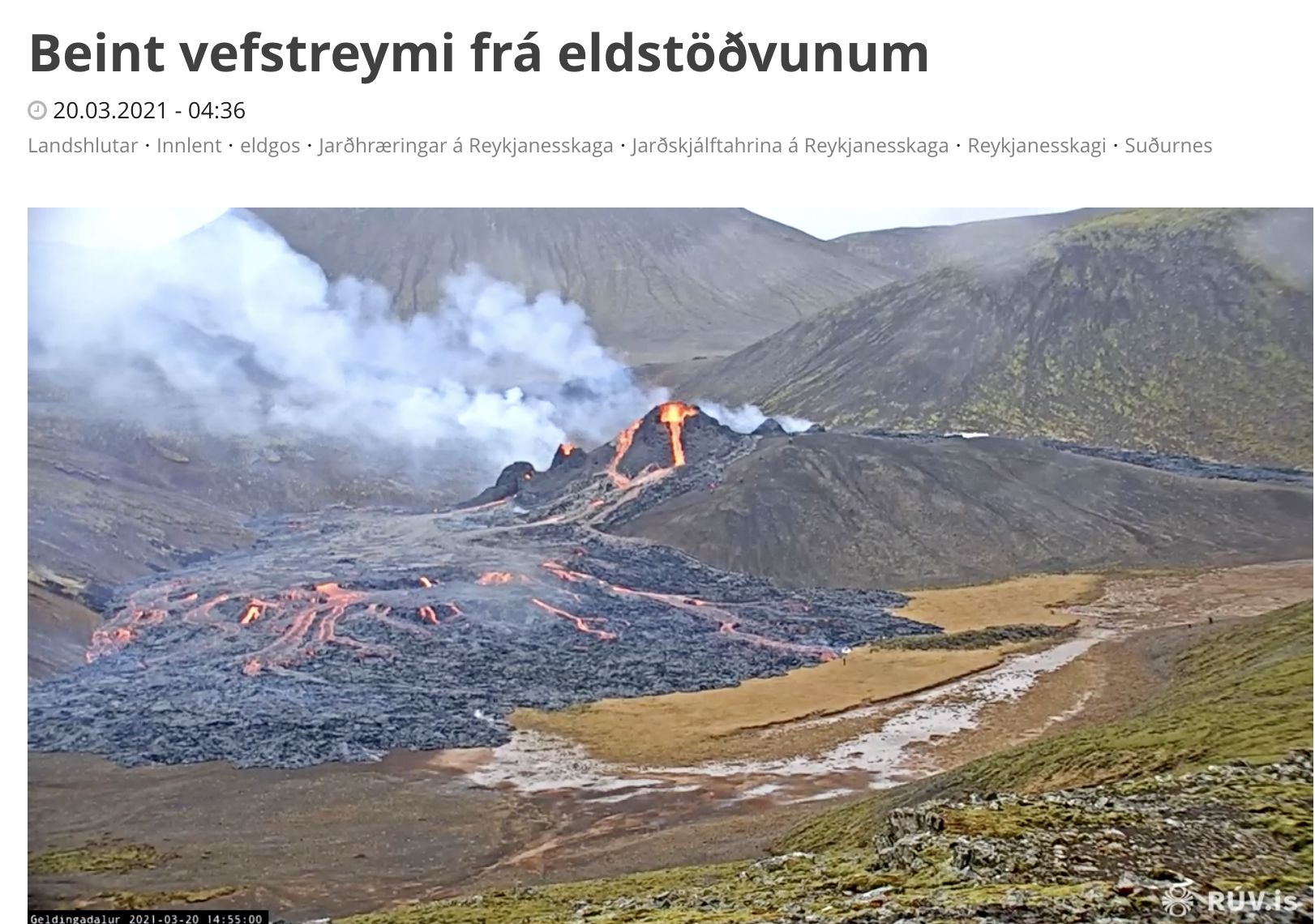 19 thoughts on “Livestream of volcanic eruption in Iceland”