Today’s photos come from Dom, who’s spent the lockdown in Cromer, a seaside town on the east of England. Dom’s notes are indented, and you can click on his photos to enlarge them.

Here are some snowdrops, Galanthus nivalis, in the Cromer woods. Not a native species in the British Isles, they have however become naturalised. They hang their flower heads- I suppose it protects the flower from precipitation… 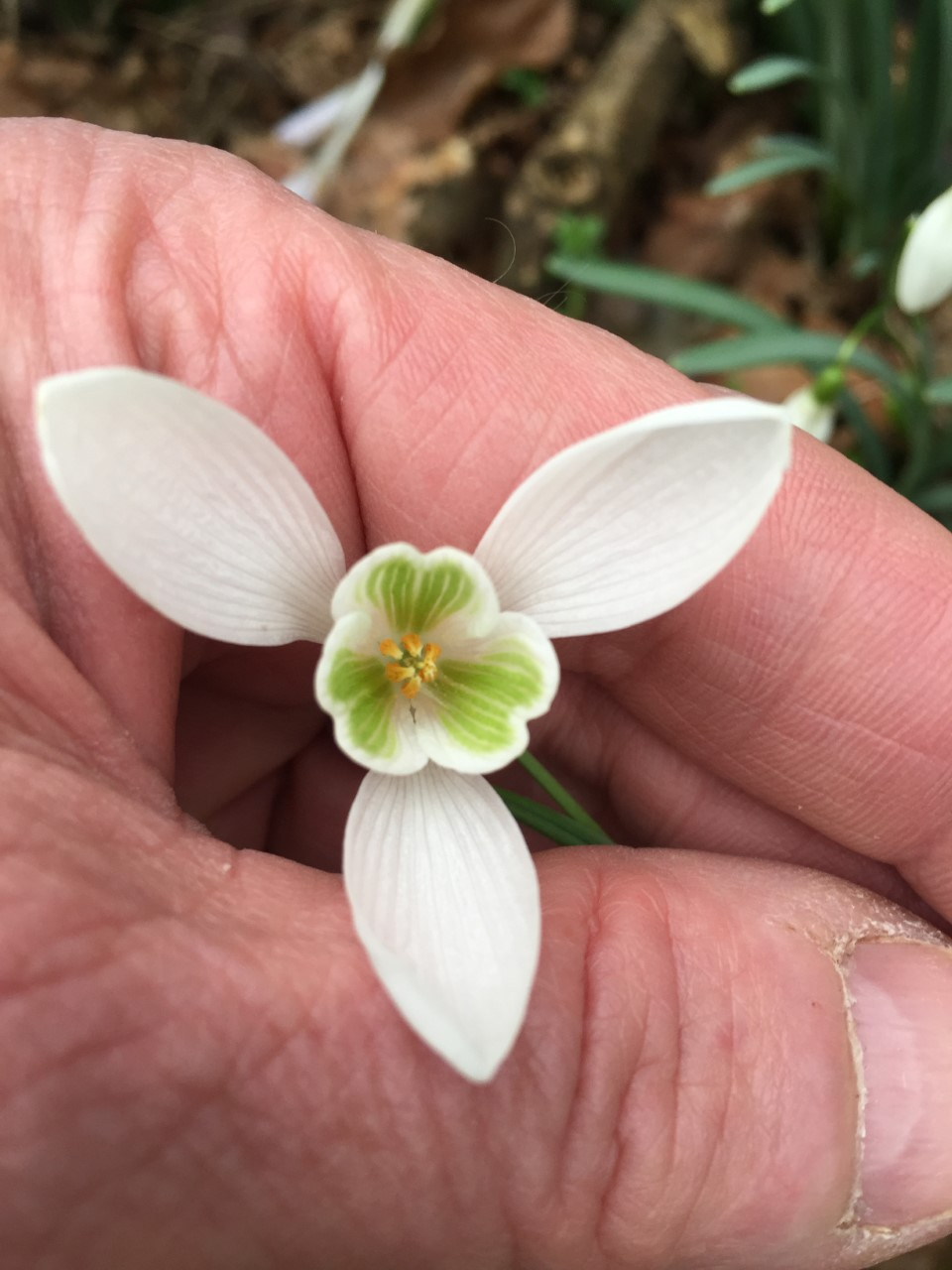 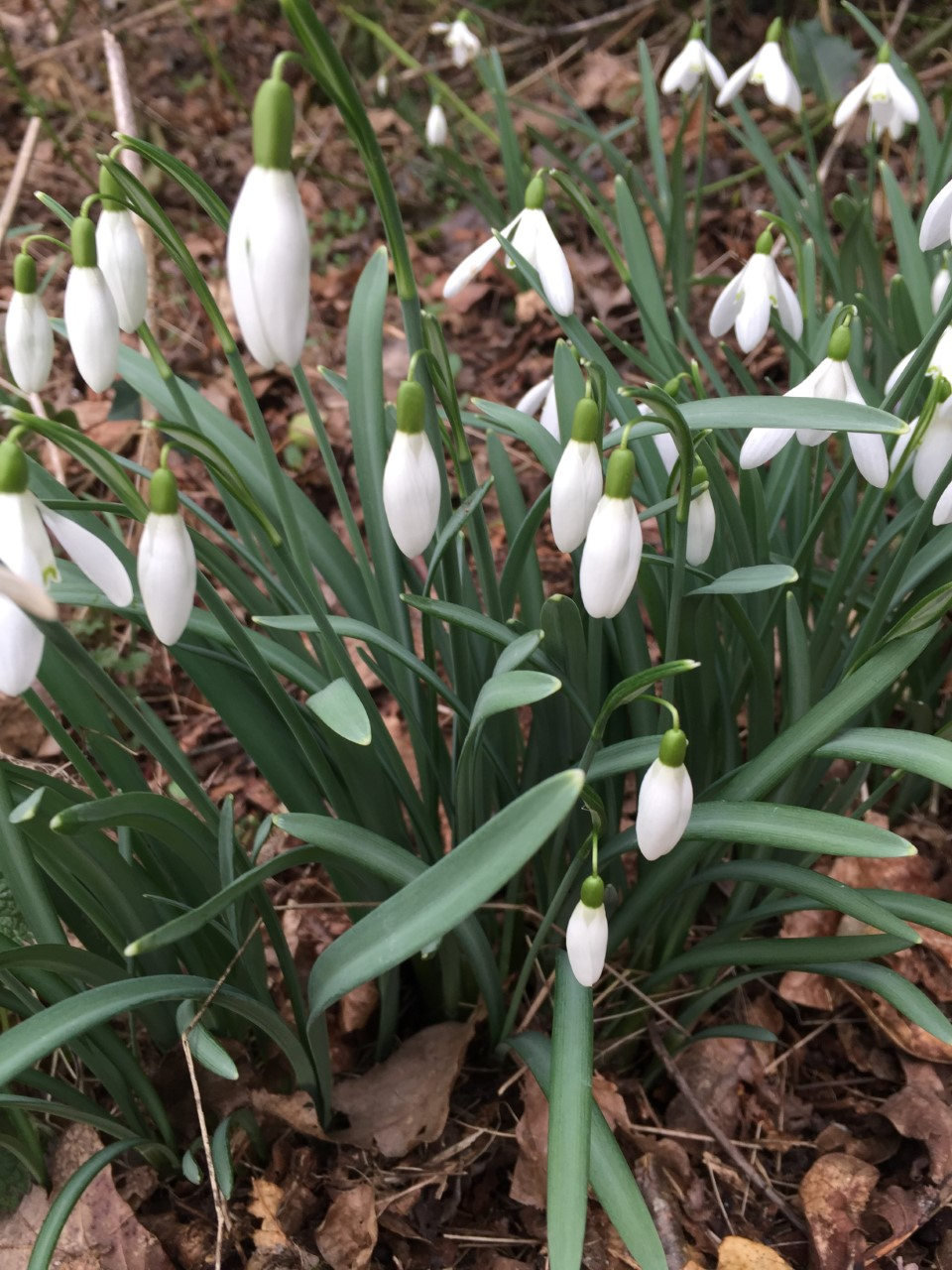 This is a mass of hornwrack, not the same as horned wrack which is a seaweed, but a form of sea-mat and a Bryozoan or Polyzoan. With the iPhone it is hard to get a good close-up, but you can see the spaces individuals live in—a bit like a honeycomb. They live below the tideline & presumably dead ones get thrown up on shore in storms. This mass of hornwrack was 2-3 feet deep, & full of bits of shore crab; and I found part of a lobster shell. There was a dead black-headed gull, probably the victim of one of the peregrines that nest on the church tower, also remains of 6 dead woodcocks – wings & breastbones- possibly  also eaten by the peregrines. 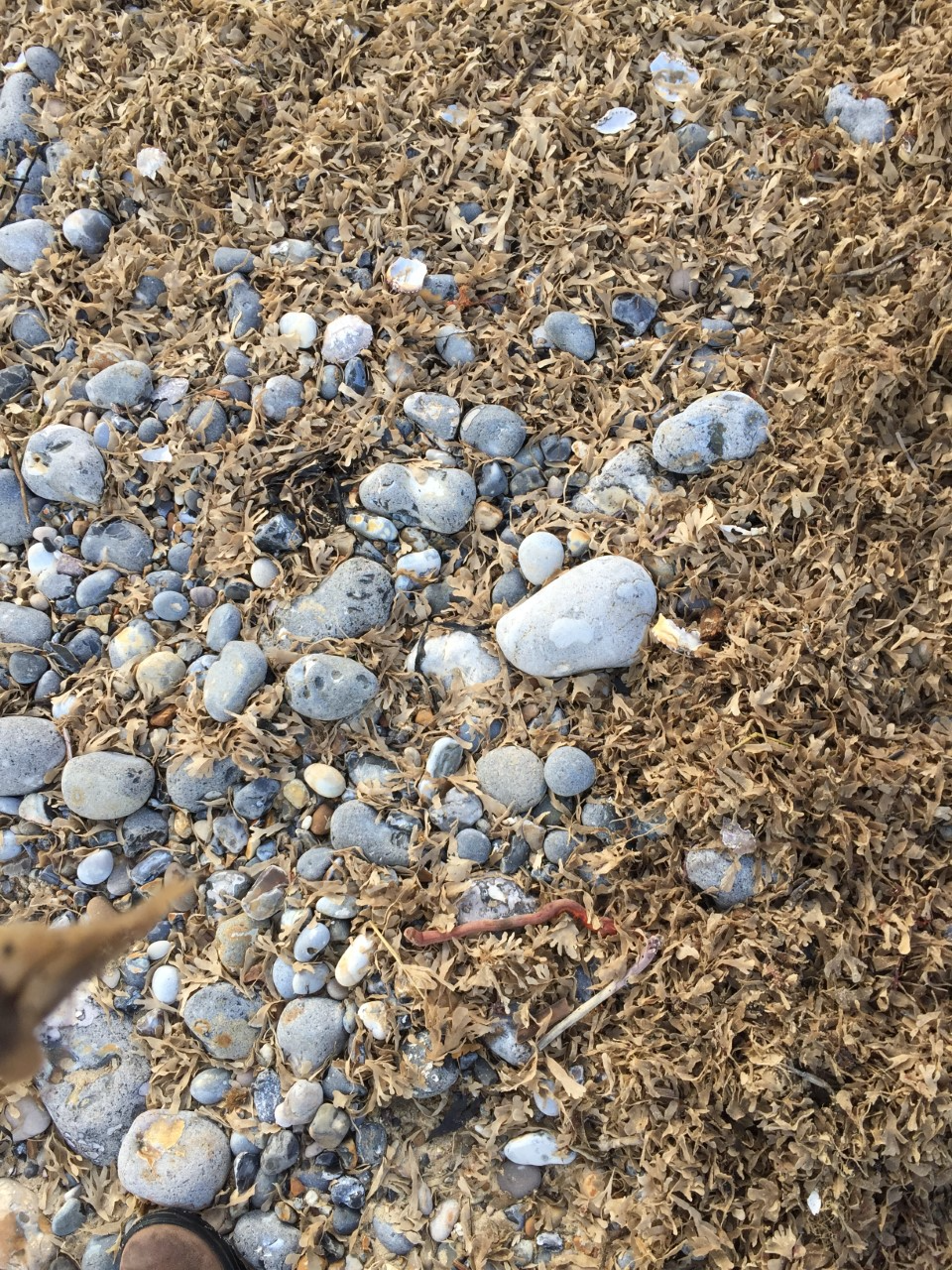 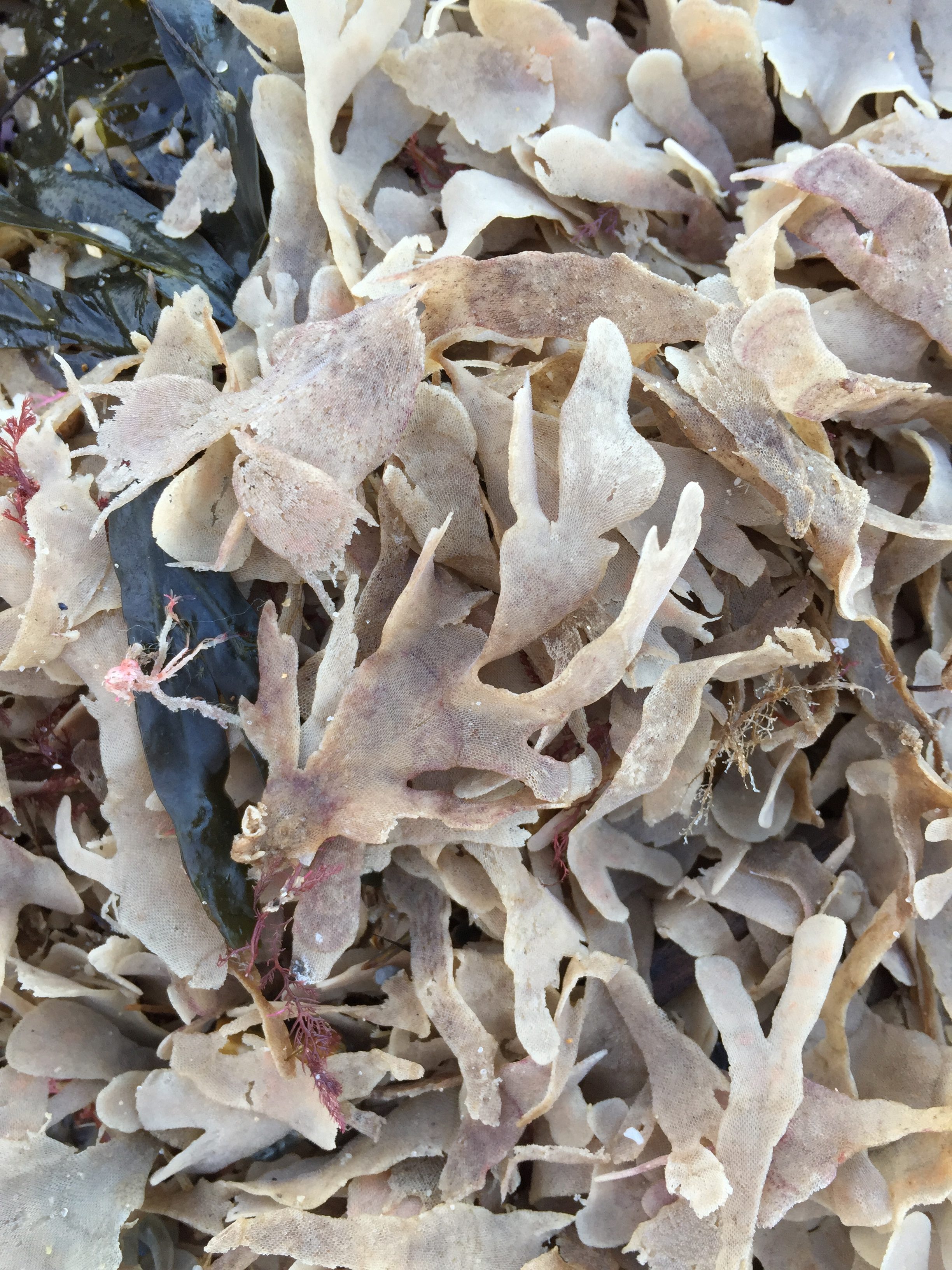 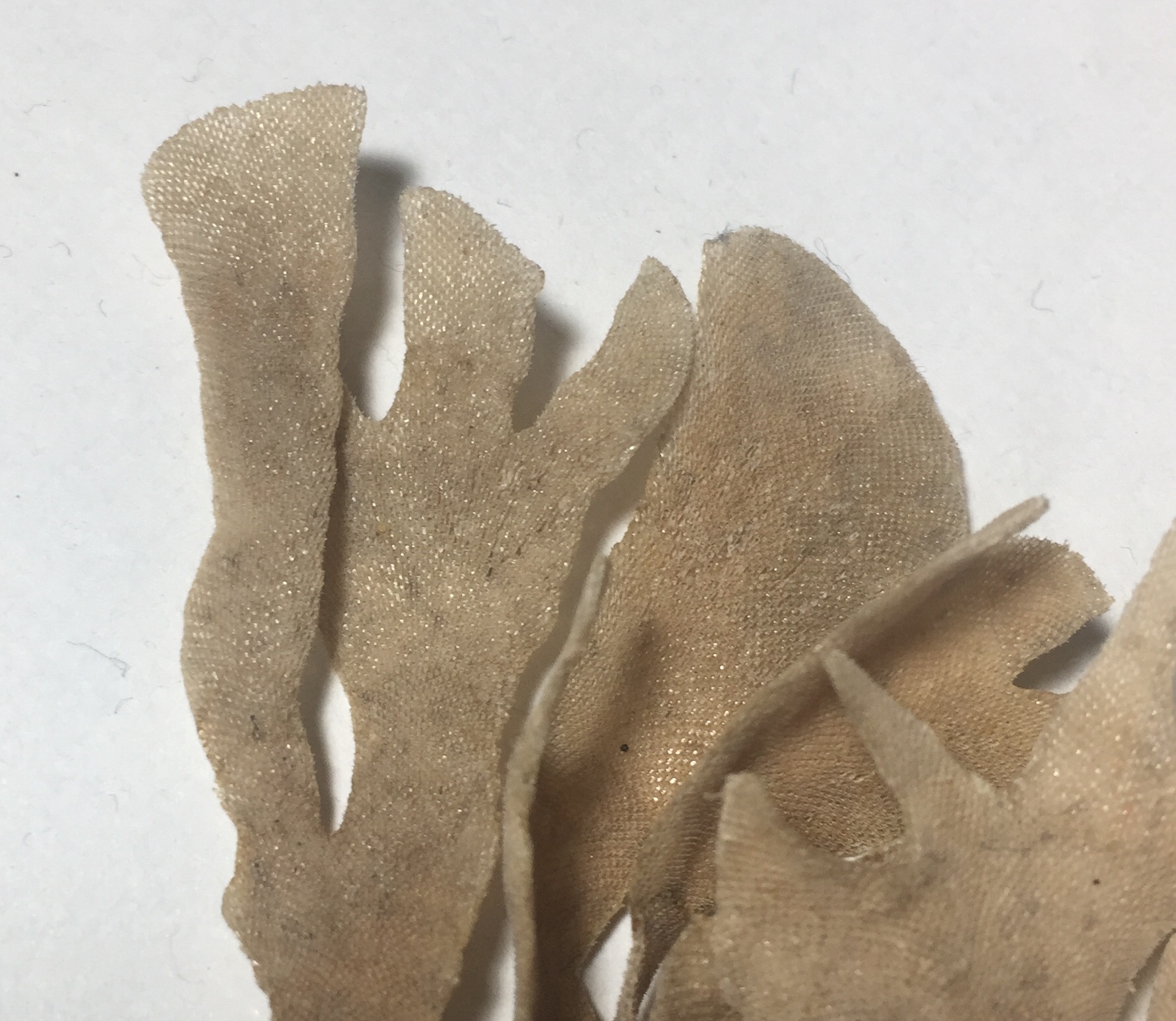 There were also masses of Whelk eggs – Buccinum undatum – astonishingly large compared with the size of the whelk. They look like bubble-wrap. Apparently of all the eggs in each bubble, only one hatches, after consuming its fellows! Common Whelks, found on shores of the North Atlantic as far south as New Jersey and France, do not tolerate waters warmer than 29° C. They are also affected by marine pollutants, like the coatings used on ships to inhibit growth of marine life – Tributyltin or TBT.  These can cause female whelks – they have male/female sex unlike some molluscs – to develop male gonads, which is called ‘imposex’. 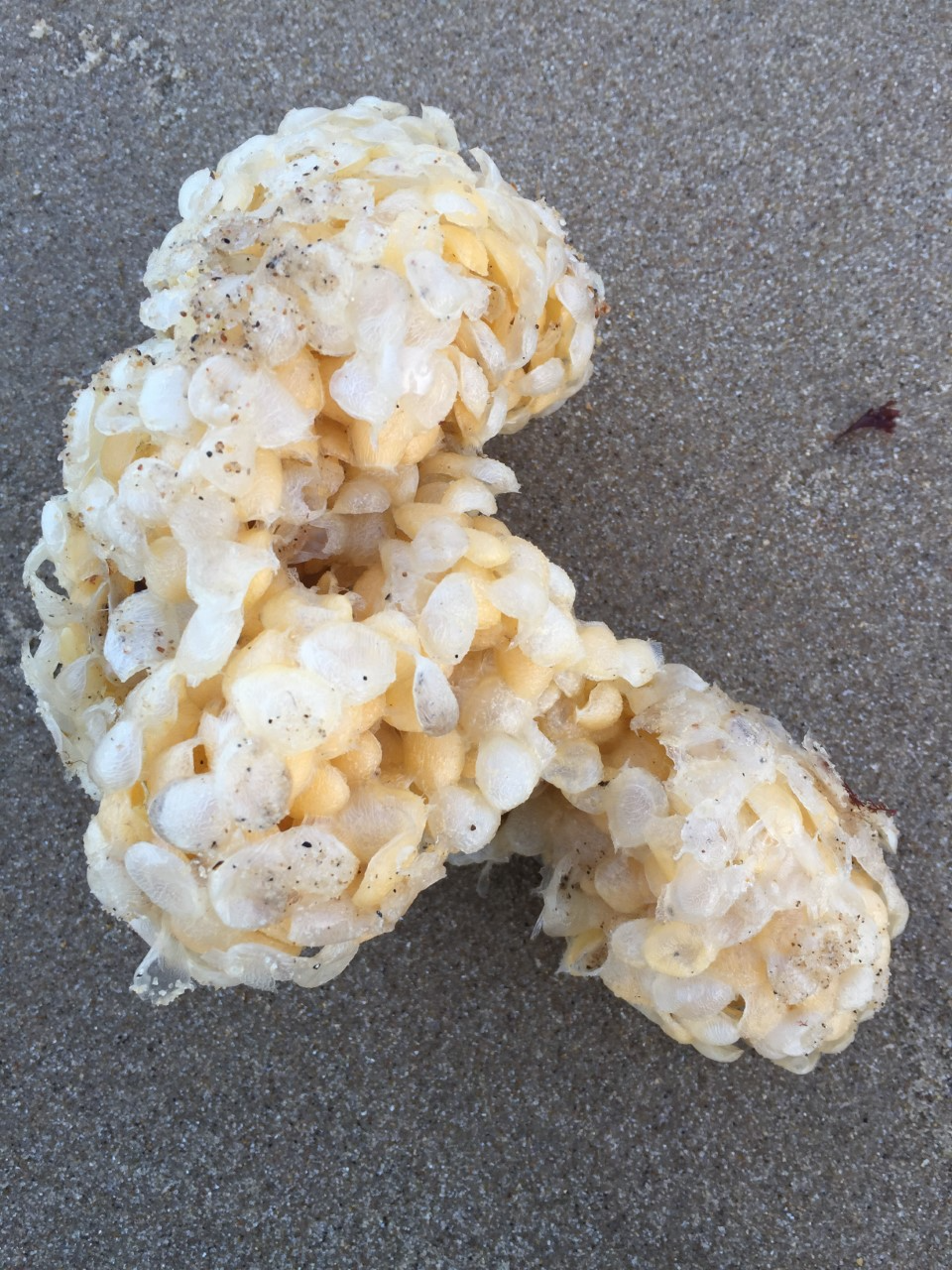 Photo attached is a rather bashed whelk shell. I threw the egg cases in the sea – some eggs were still unhatched – but they could easily have been washed up again. I imagine whelks attach them to something. I cannot understand how one whelk can produce so many eggs! 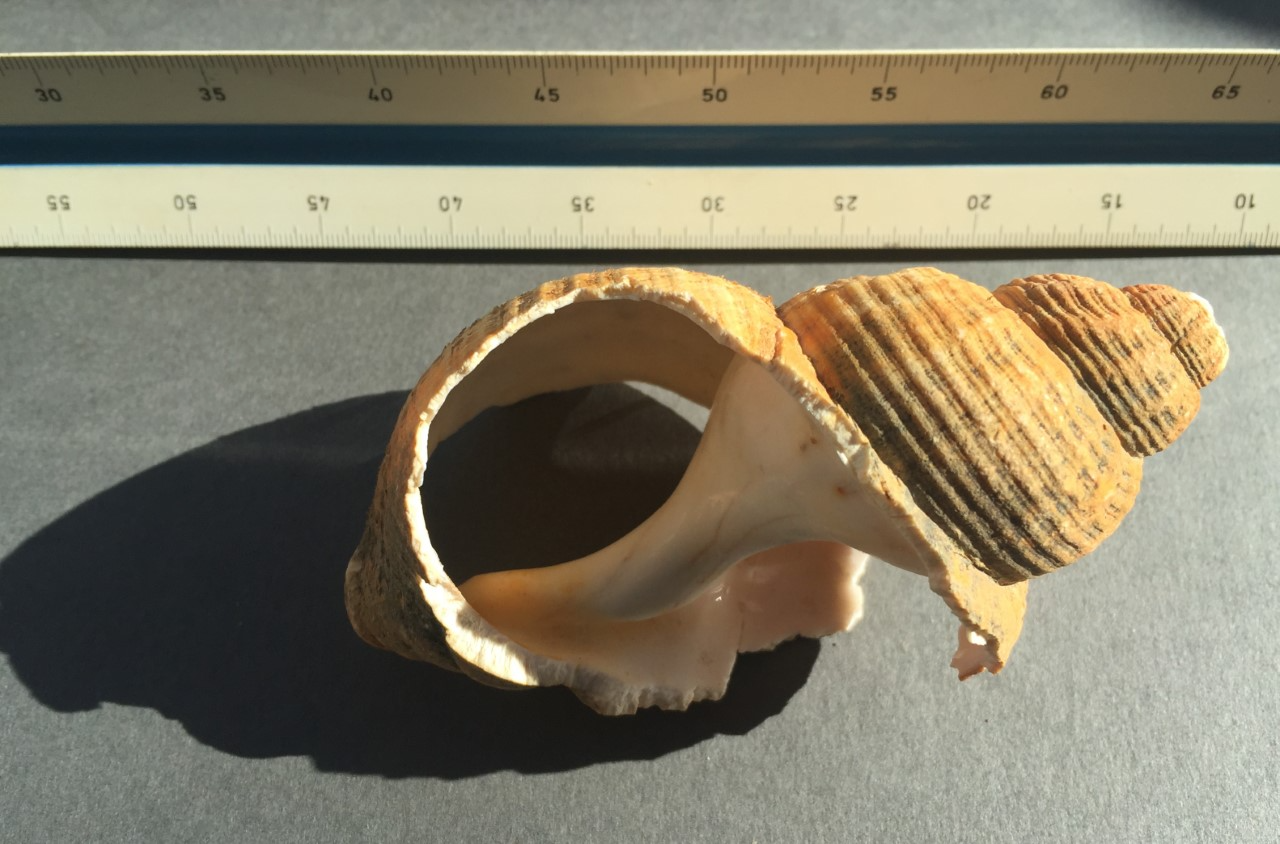 Some pictures from Cromer this week. The only visible flowers are on the gorse which can be seen with some flowers every month of the year, though I wonder what insects would take advantage of that—perhaps winter flying gnats Trichoceridae? But they tend to be in the woods rather than heath-like habitat. 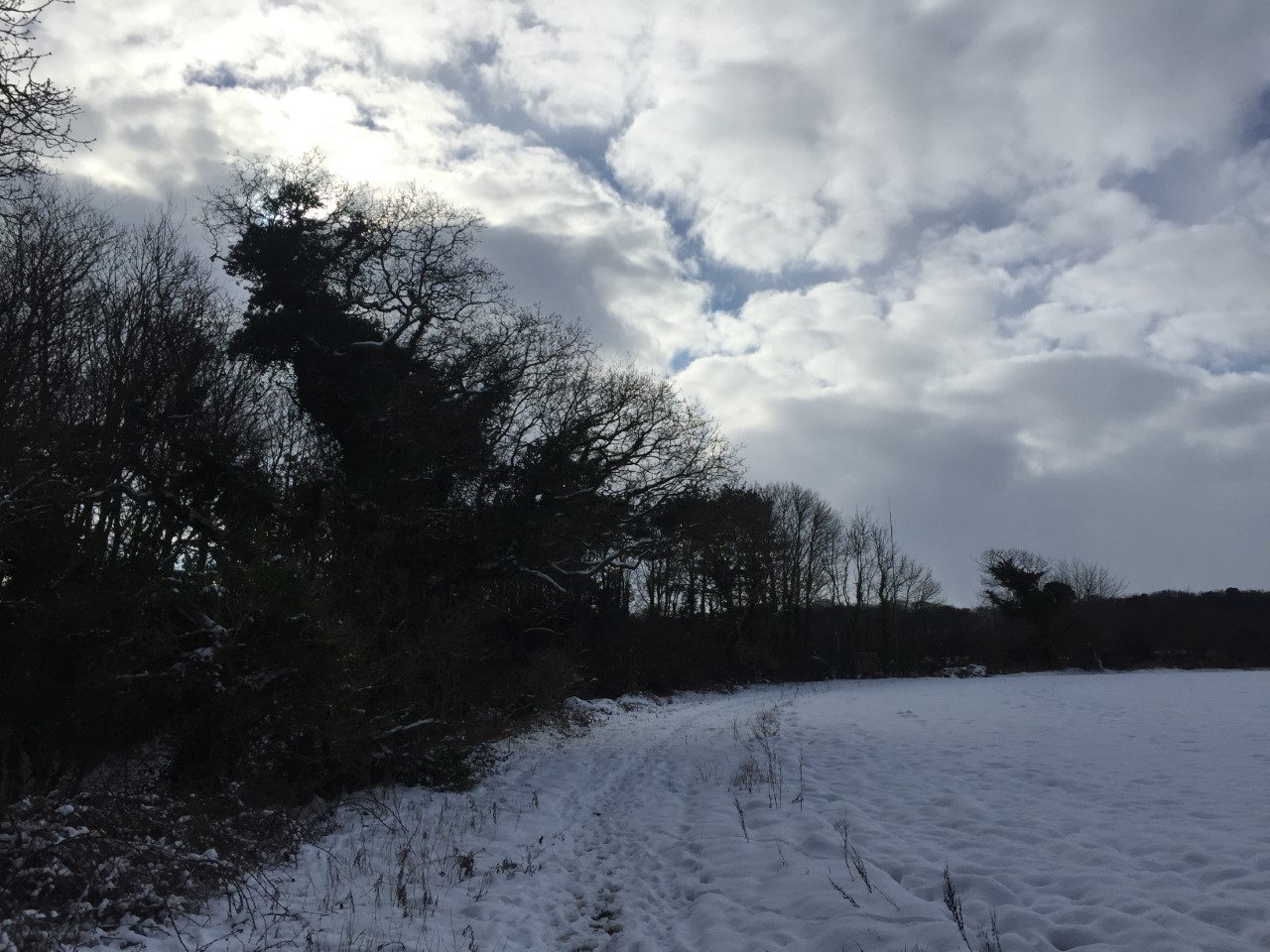 A couple of pictures show snow showers blowing in from the north-east. 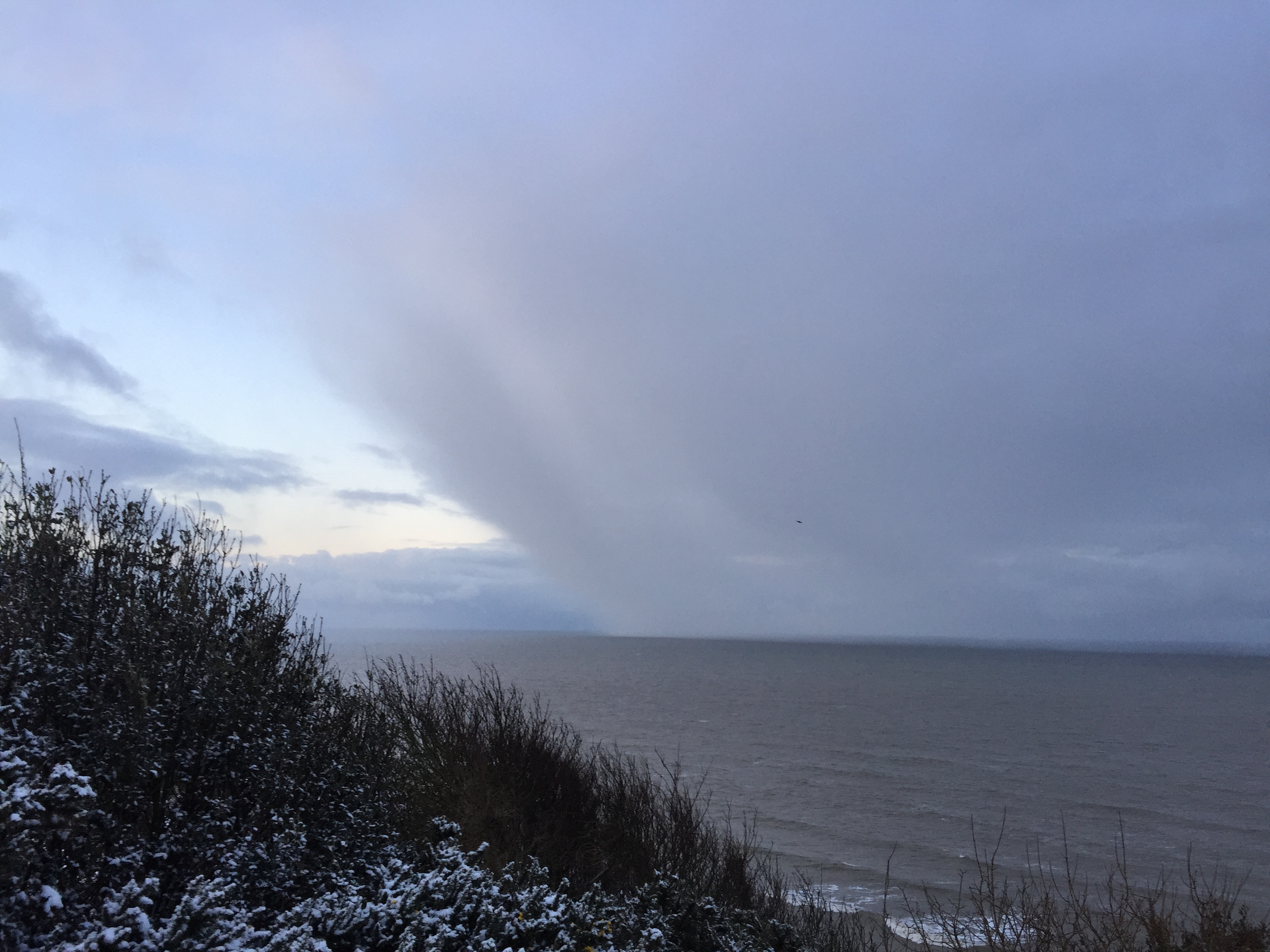 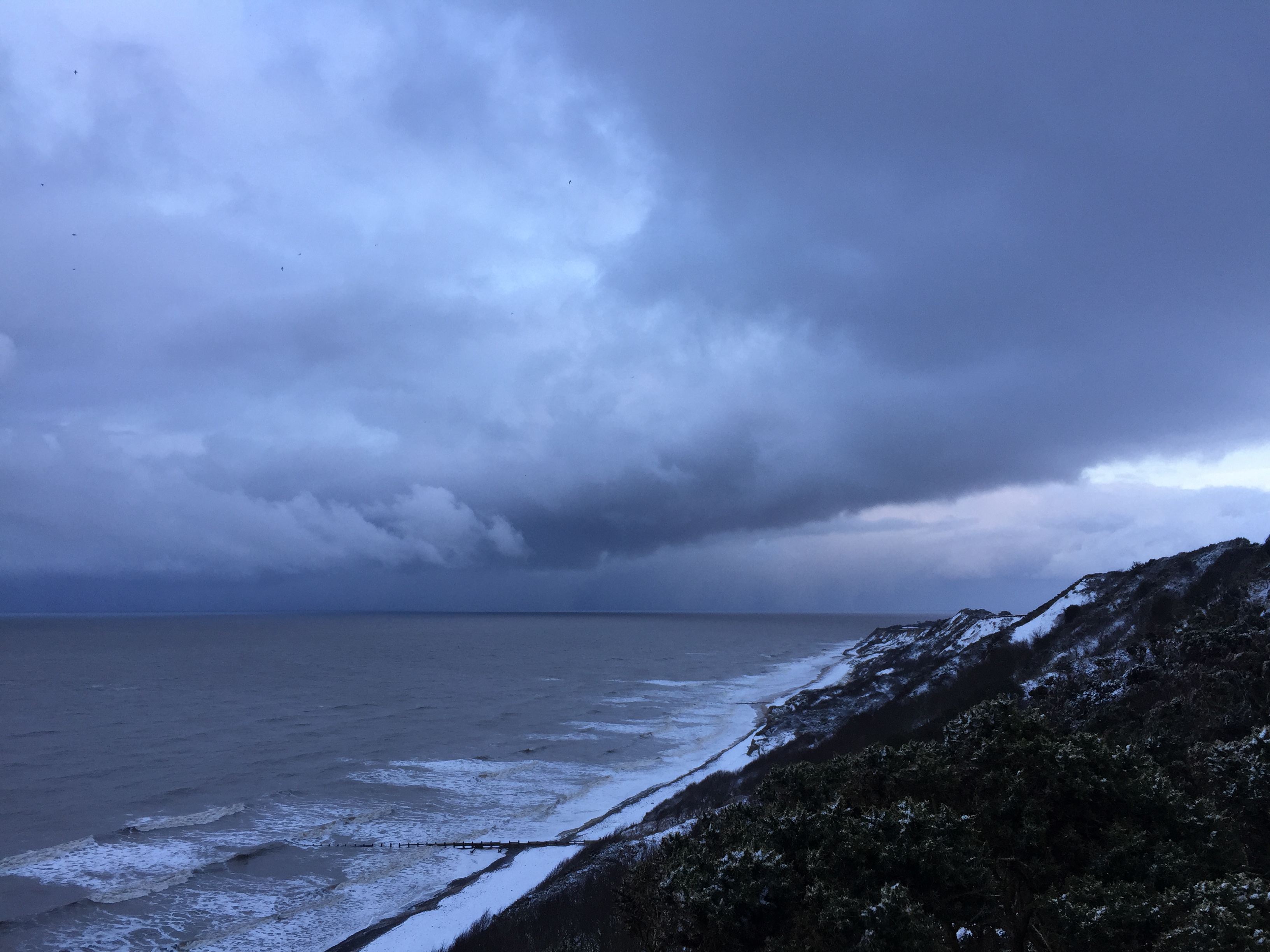 We have unusually had snow lying here for over a week – one of the crab fishermen said he’d never seen it last this long. Usually being by the sea moderates the cold, but that means it is often cooler in summer of course. 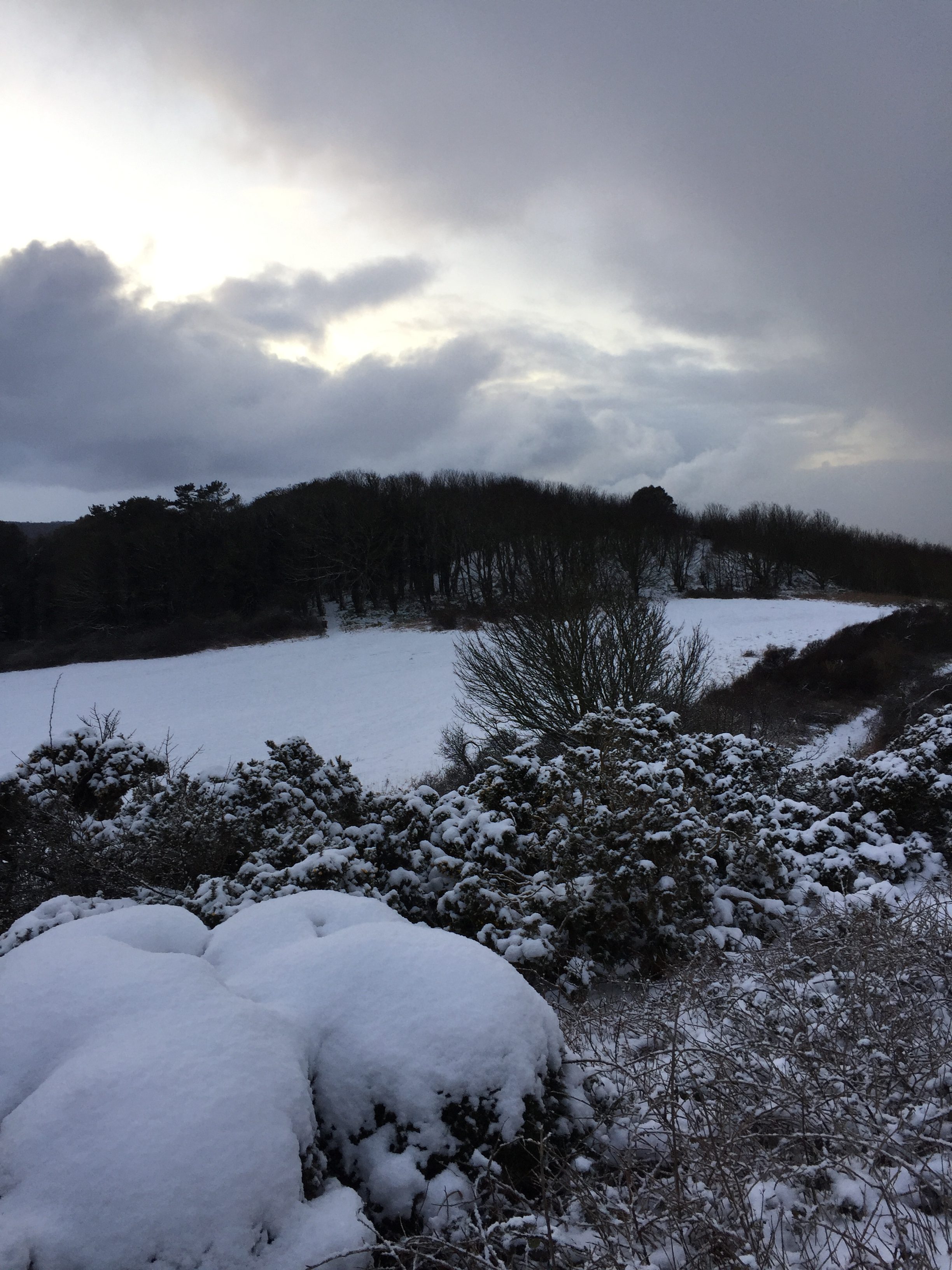