Wine of the Day:  The bottle below is one of the few Greek wines I’ve had in the States, though I tend to guzzle retsina when I’m in Greece (it does not transplant well to the US). The bottle below was pricey ($26 when I bought it several years ago), and is from the gorgeous island of Santorini, where I stayed for a week in 1972. At that time I was a hippie backpacker and could afford only the cheaper red wines of the island, which, with its volcanic soil, is capable of producing great wines like this. It’s made with two white grapes (see the label). I can’t remember when I bought it, but it must have come highly recommended by my wine store. Robert Parker, my erstwhile wine guru (he’s mostly retired from evaluating wines), gives this vintage the very good score of 95 out of 100, which he rarely did for wines this cheap.

At any rate, it’s a rare (in the U.S.) and terrific white wine, with an unusual nose strongly redolent of apricots and, above all pineapple. It’s viscous, with a long finish, and a tad off-dry; it would go well with Chinese or Indian food (though I prefer beer with those cuisines). It complemented my simple dinner of pinto beans and homemade cornbread very well, and I’m looking forward to seeing how it develops tomorrow. Right now, five years after harvest, it shows no sign of going over the hill (i.e., no oxidation or loss of fruit).

I’m now getting into my fancier wines as I want to drink them before they’re too old. If you can get hold of this one, and it’s not above your psychological price barrier, I recommend it very highly. It shows that although Greek wines are often seen as plonk, Santorini, at least, is capable of making world class whites.

Pro-tip: like many whites, this is best drunk cool rather than cold: don’t serve it straight out of the refrigerator. As I write this on Tuesday evenig, I’m drinking a glass I poured nearly an hour ago, and it just gets better and better. 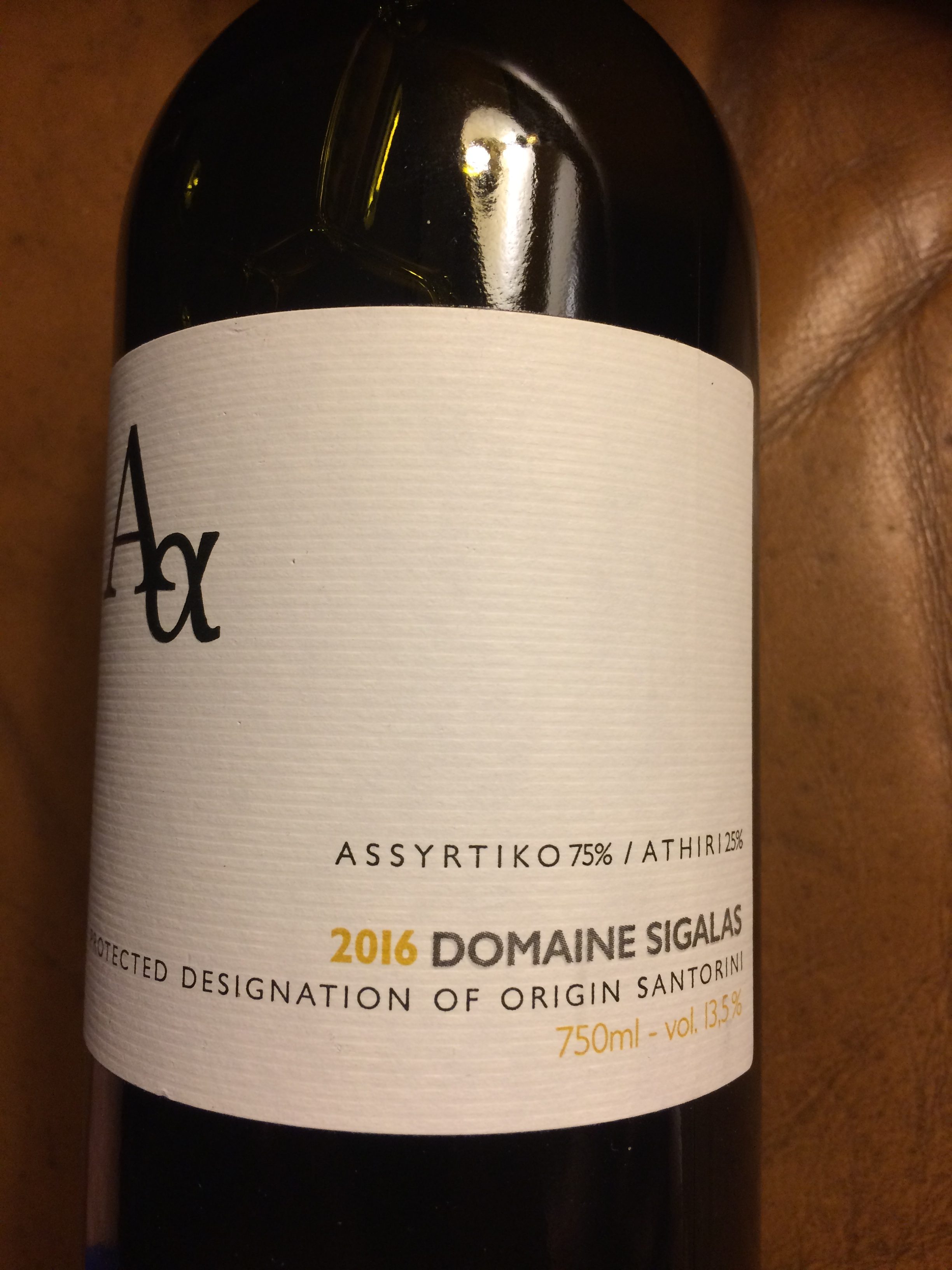 Now that Trump is dumped, he’s spending his time plotting against those who, he thinks, didn’t defend him strongly enough. The latest target is Mitch “666” McConnell, who, though he voted for acquittal in the impeachment trial, took out after Trump in a post-vote statement. Now the Orange Man has ripped Mitch a new one, calling for his replacement and describing him as a “dour, sullen, and unsmiling political hack.” I find the whole thing amusing, and hope the GOP self immolates, to rise from the ashes as a more centrist phoenix.

Tomorrow the Mars Rover “Perseverence” is scheduled to land on the Red Planet after the “seven minutes of terror”: the complicated technological ballet that is designed to deposit it gently and unscathed on the surface. As the WaPo reports:

This is one of NASA’s most important endeavors, the first multibillion-dollar Mars mission in nine years and the initial phase of a three-mission campaign to return samples of Martian soil to Earth. The rover is poised to land just days after two other robotic spacecraft, launched by China and the United Arab Emirates, reached Mars and went into orbit.

Perseverance will do more than probe the surface: It will also test technologies that someday could be used on Mars by astronauts, including a system for converting atmospheric carbon dioxide to oxygen. NASA’s human spaceflight program aims for a return mission to the moon in coming years, but Mars remains the horizon goal.

I often think of those brave pioneers who will volunteer to be the first humans on Mars. The round trip is at least nine months, and many things could go wrong. I won’t see it during my lifetime, but perhaps the younger readers will. I’ll have a post on the rover later today and a live feed will be posted around landing time tomorrow. Fingers crossed!

Stuff that happened on February 17 includes:

In February 1940, US zoologist Libbie Hyman published the first volume of her 6-volume "The Invertebrates", illustrating the work herself. She received gold medals from the Linnean Society of London (1960) and from the American Museum of Natural History. https://t.co/pB45O5om6H pic.twitter.com/Czmjy9qI0G 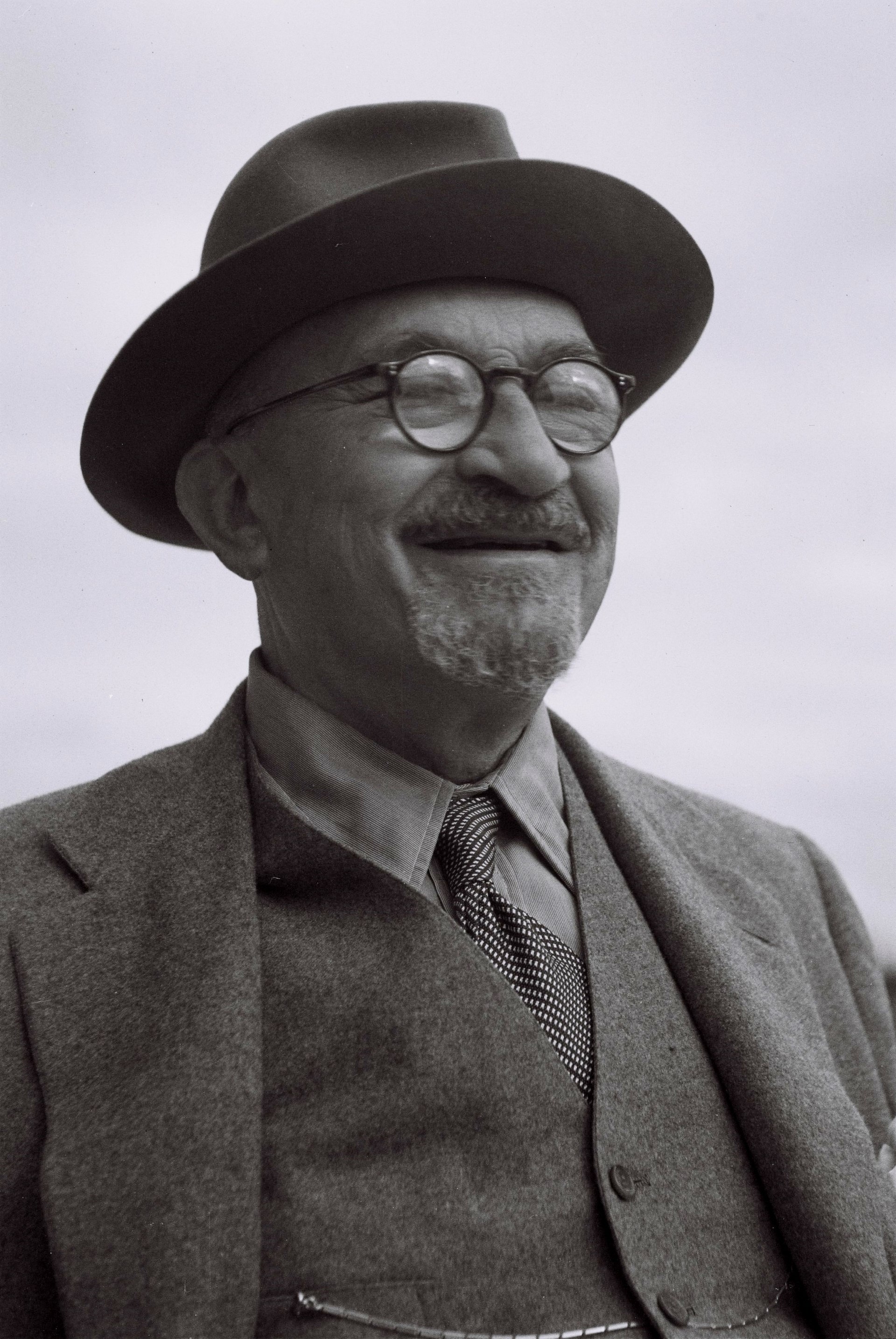 Wielicki, a cold-resistant Pole, made several first winter ascents: here he is atop Gasherbrum: 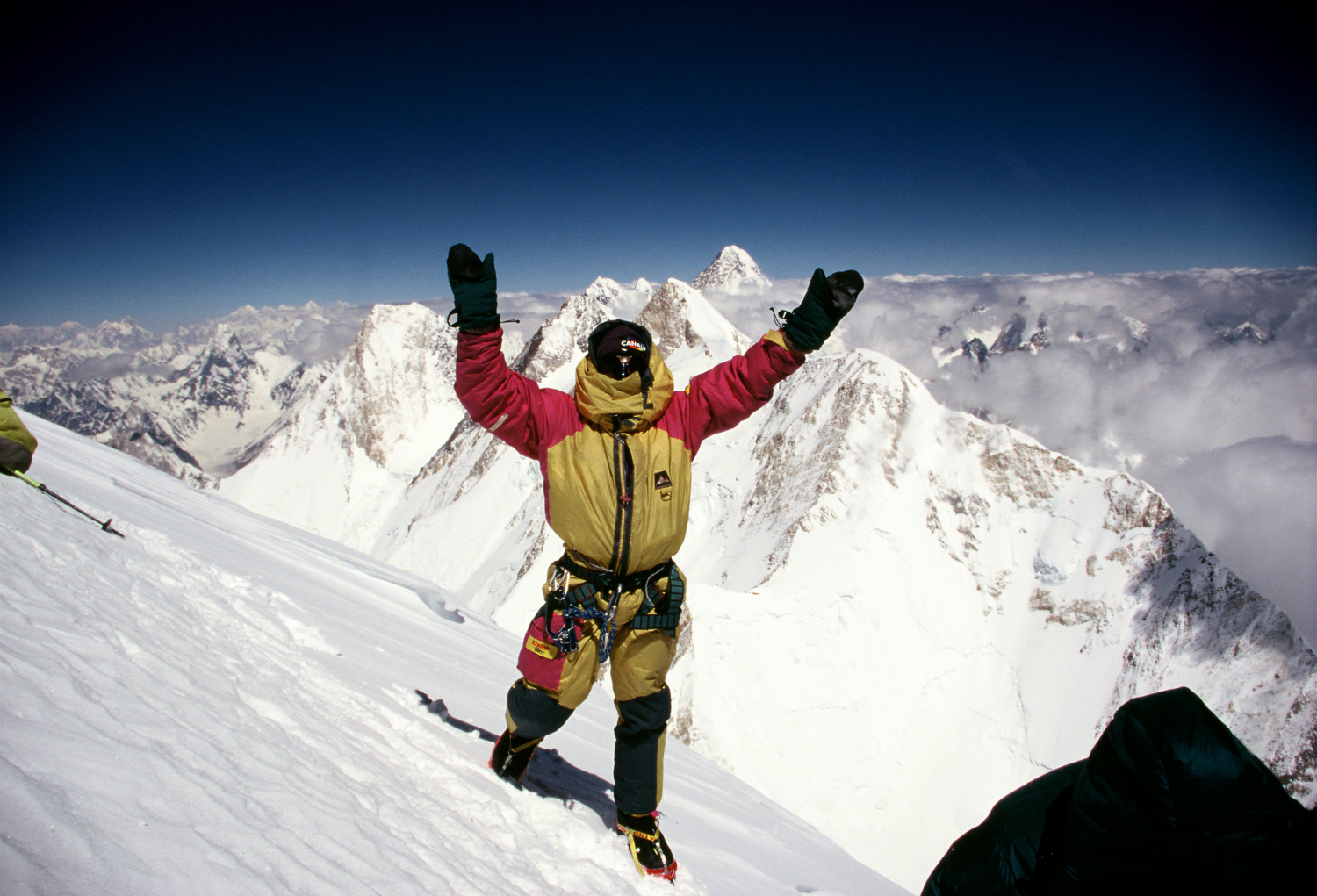 Fisher, one of the greats of evolutionary genetics, is now being canceled for writing about eugenics:

Here’s the odious old creationist. I once heard him speak in Sacramento, California, and the audience waved their Bibles as he attacked evolution. He’s famous for the “Gish Gallop“: going quickly from one disparate subject to another in a debate so the poor evolutionist opponent couldn’t keep up in front of an audience who didn’t know much biology. 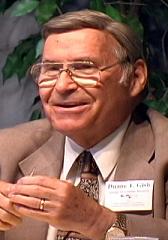 Those who checked out on February 17 include:

Matthew wrote a piece, illustrated with his photos, on the Swammerdam site; his post is here. He also wrote about Swammerdam in his first book, The Egg and Sperm Race. I always thought there should be an opera about this early scientist called “Die Swammerdammerung.”

Maybe you remember this song by the Cowsills, a hit in 1967.. It’s kind of sappy, but I like it. The performance is from 2004: a benefit concert for the ailing musician. From one website:

In 2004, with Billy Cowsill’s health in decline, members of the Cowsills, including Barry Cowsill, played a benefit concert for him in Los Angeles. Peter Tork of the Monkees, a fellow act from the 1960s pop fraternity, and Susanna Hoffs of the Bangles, the 1980s band that echoed 1960s harmonies, appeared, as did Oscar-winner Shirley Jones, star of the 1970-74 sitcom, The Partridge Family, which the Cowsills inspired. While the Partridges bantered, the Cowsills imploded – the band, consisting of brothers Billy, Bob, Barry, John and Paul, sister Susan and mother Barbara – was over even as their TV selves tickled the laugh track. As Bob Cowsill once observed per an oft-cited quote: “It wasn’t just the end of a business, it was the end of a family.”

A: My whole notebook is chewed up.
Hili: Do not look for the culprit behind the curtain. 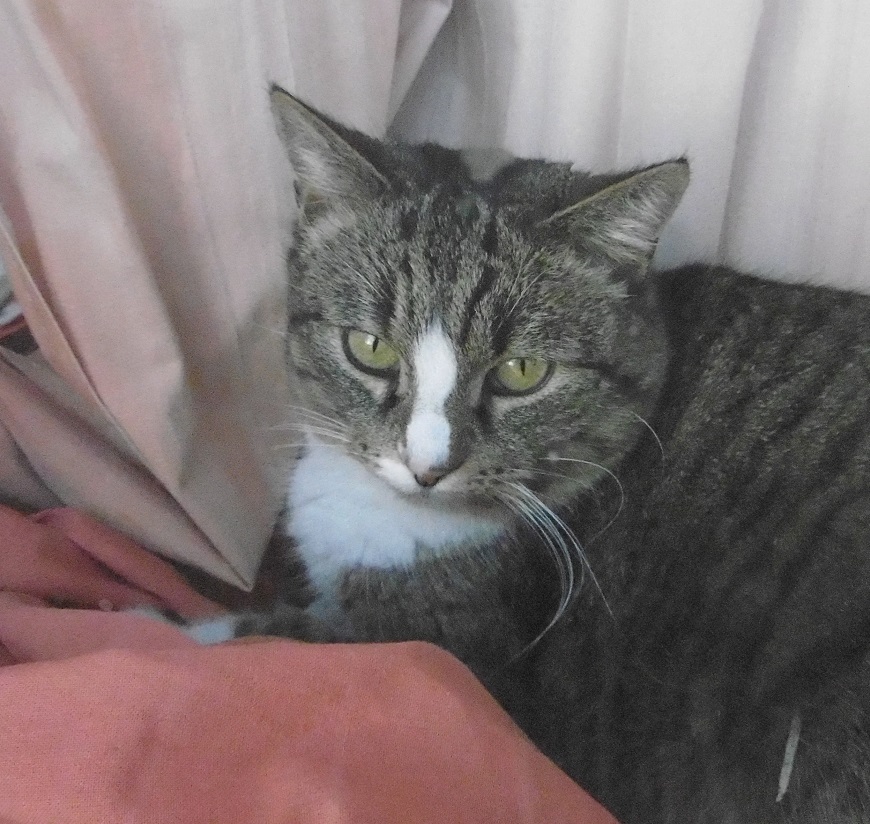 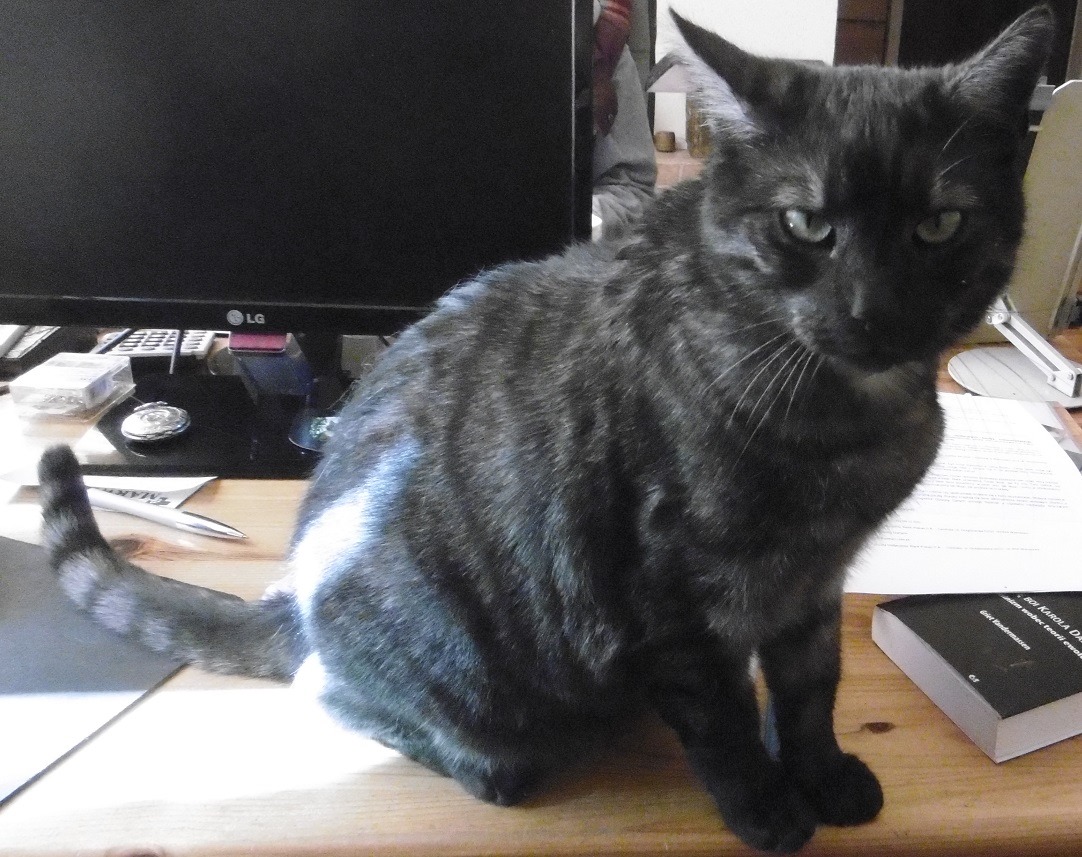 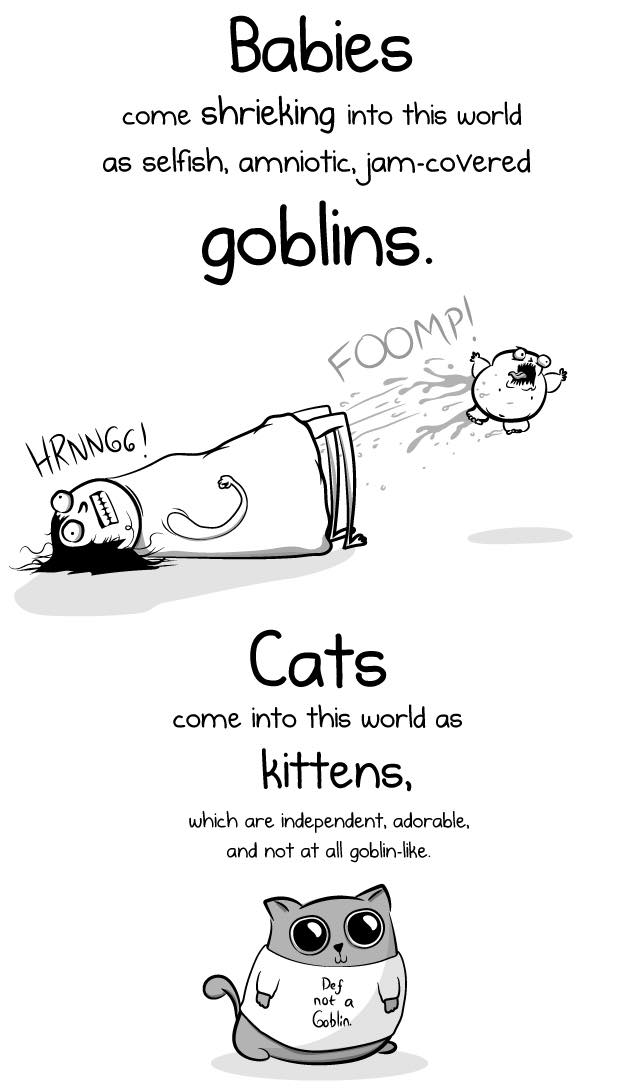 From Diana, a stats-geek joke: 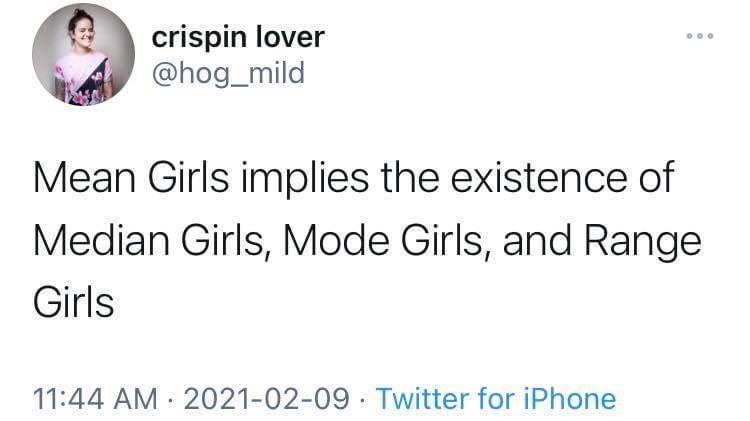 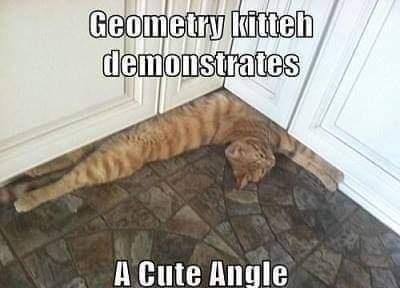 A tweet from Ginger K. The tweeter must have been really baked him/herself?

I rolled the cats a catnip joint and I am fucking LOSING IT pic.twitter.com/mWCFTbEvBe

Tweets from Matthew. I had an inkling that it would end as it did. . .

Or both at once, as in this case:

There are two means of refuge from the miseries of life: music and cats – Albert Schweitzer 🔊🆙

What a great grandpa Ale is! He even put a motor in to make it rotate!

This grandfather from Estonia created an ice carousel for his grandchildren by cutting a circle on a frozen lake pic.twitter.com/4WAIsI1RzN

But this looks like hell, except hell isn’t frozen:

I might have posted this before, but here it is again. Cat on a perp!

The advantage of opposable toes:

When you go shopping but you're too tight to pay for a carrier bag.