It’s Friday already: February 5, 2021. And it’s a cold one in Chicago, with snow last night (also predicted for today) and the current temperature 13° F (-11°C), with a wind-chill temperature of -4° F (-20°C ). Having left my hat and gloves at work, I found that my ears were half frostbitten and very painful after a brief but bareheaded 11-minute walk back to work. It’s going to be a very cold weekend, and I’m worried about my ducks. I’m hoping they’ll flee to a place with more open water.

It’s World Nutella Day. (I tried the stuff, for it’s very popular, but I didn’t really like it.) It’s also National Frozen Yogurt Day, National Chocolate Fondue Day, Bubble Gum Day, National Shower with a Friend Day, Disaster Day (supposedly named because an earthquake in Pompeii occurred on this day in 62 AD), and National Fart Day, whose site gives these suggestions for celebration:

I farted in front of my son.
He said, “That sounded like a duck!”
I told him, “That’s because I have a butt quack”

You can buy duck boxer shorts to remember this joke: 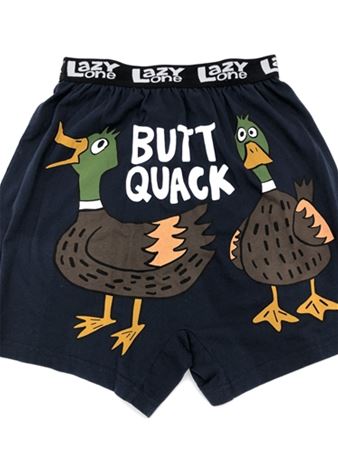 It is, apparently, National Fart Day in the USA. Your kids might appreciate this… https://t.co/NCy9qcbNKQ

But wait! There are more ways to celebrate National Fart Day!

Here’s an extended hippo fart, accompanied by the scattering of dung that these creatures famously effect by twirling their tails:

The House “impeachment managers” have requested that Donald Trump personally testify during his impeachment hearings, which start next week.  Trump has turned down the request, but it’s not clear whether he could be forced to appear with a subpoena. But even if he appears there, he could plead the Fifth and refuse to answer questions. That, however, would look very bad, and Trump himself has said that pleading the Fifth “is for criminals.”

Curiously, the Democrat-controlled Senate voted down a major part of Biden’s stimulus package yesterday: the proposed raising of the minimum wage to $15 per hour. As the NYT notes,

By a voice vote, senators backed an amendment from Senator Joni Ernst, Republican of Iowa, to “prohibit the increase of the federal minimum wage during a global pandemic.” It was a signal that the wage increase would be difficult to pass in an evenly split Senate, where at least one Democrat, Senator Joe Manchin III of West Virginia, was on record opposing it.

On to Marjorie Taylor Greene. Yesterday, facing punishments in the House over her lunacy, she started walking back her statements, claiming that she no longer believes in QAnon, admits that 9/11 really happened, and says that school shootings like the one at Sandy Hook might have occurred after all. But she won’t apologize. (h/t Jez).

“I was allowed to believe things that weren’t true,” she said. “And that is absolutely what I regret.”

But Mrs Greene stopped short of an apology, and cast blame on the media.

“The media is just as guilty as QAnon for promoting lies,” the 46-year-old said.

Allowed to believe? Bloody hell! I don’t accept her retractions for a second; she’s lying to avoid sanctions. And, just after I wrote the above last night, I found out the House Democrats didn’t believe her either, and stripped Greene of her committee assignments.  The vote was largely along party lines, with every Democrat and 11 brave Republicans voting for the sanction, with the rest of the Republicans demurring.

Here’s one of Greene’s campaign ads: 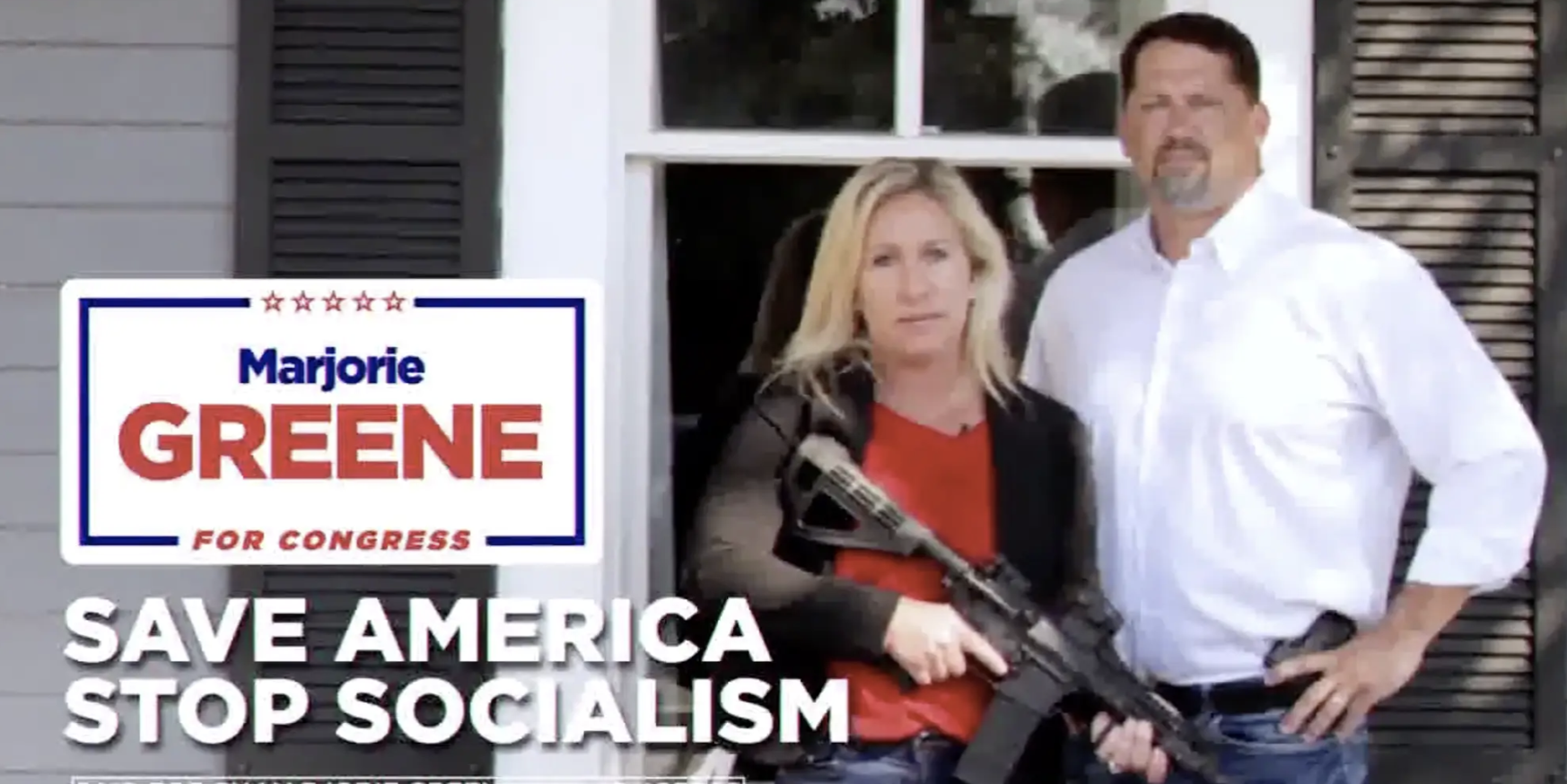 Finally, today’s reported Covid-19 death toll in the U.S. is 455,805, a  big increase of about 5,500 deaths over yesterday’s figure. The number of new cases is now falling (see below), but we’re still likely to exceed half a million deaths within a month. The reported world death toll stands 2,296,281, an increase of about 16,000 deaths over yesterday’s total and about 11.1 deaths per minute.

Stuff that happened on February 5 includes: 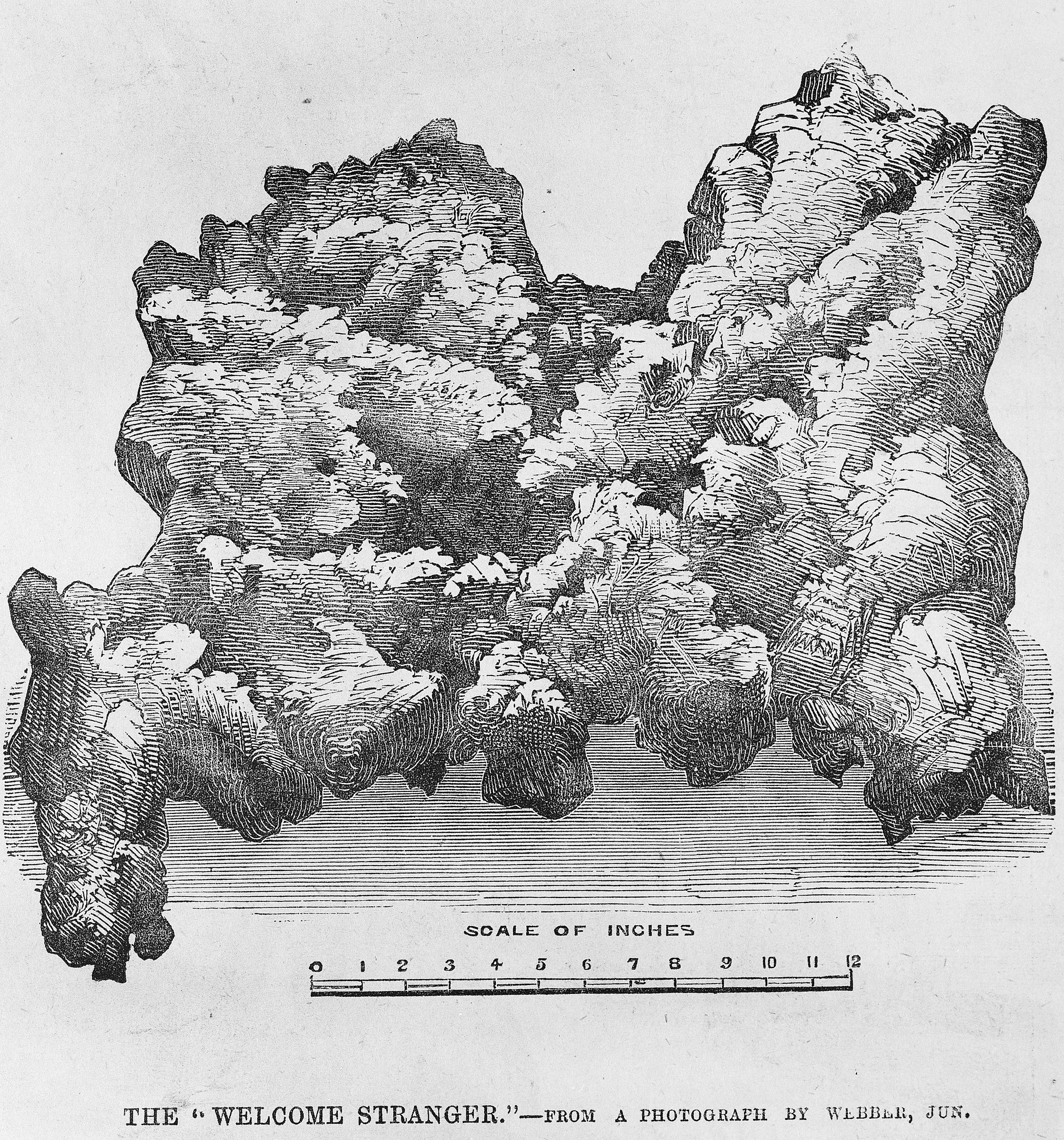 And here are the finders (caption from Wikipedia). One finder lost most of his dosh in investments, but both eventually became farmers and spent their dotage farming.

He said he’d return and he did: 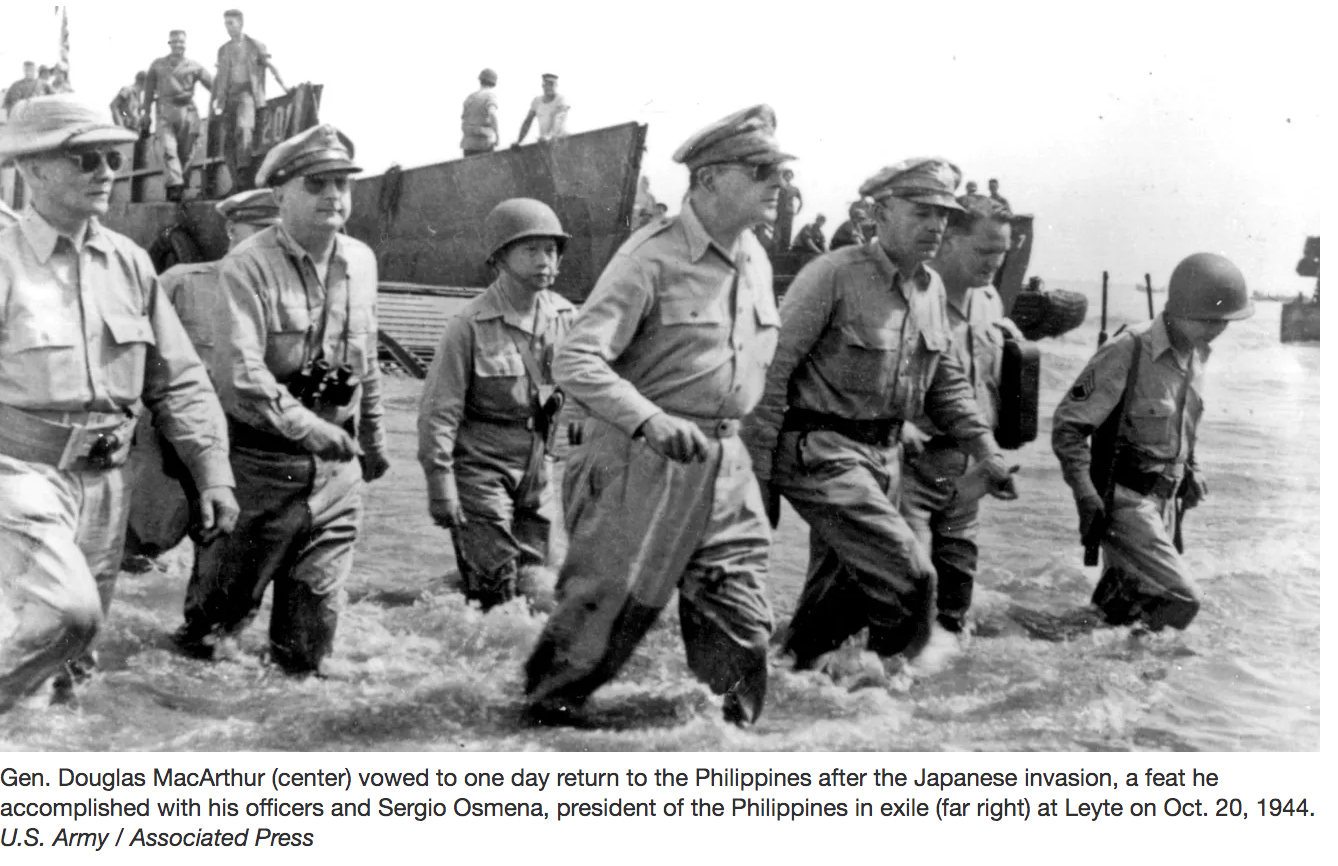 It’s likely, but not 100% certain, that the bomb was disabled before the flight, and thus we don’t have to worry about it exploding.

Here’s Alan Shepard on the Moon with the MET, a sort of wheelbarrow to cart stuff around. Those were in the days before lunar rovers: 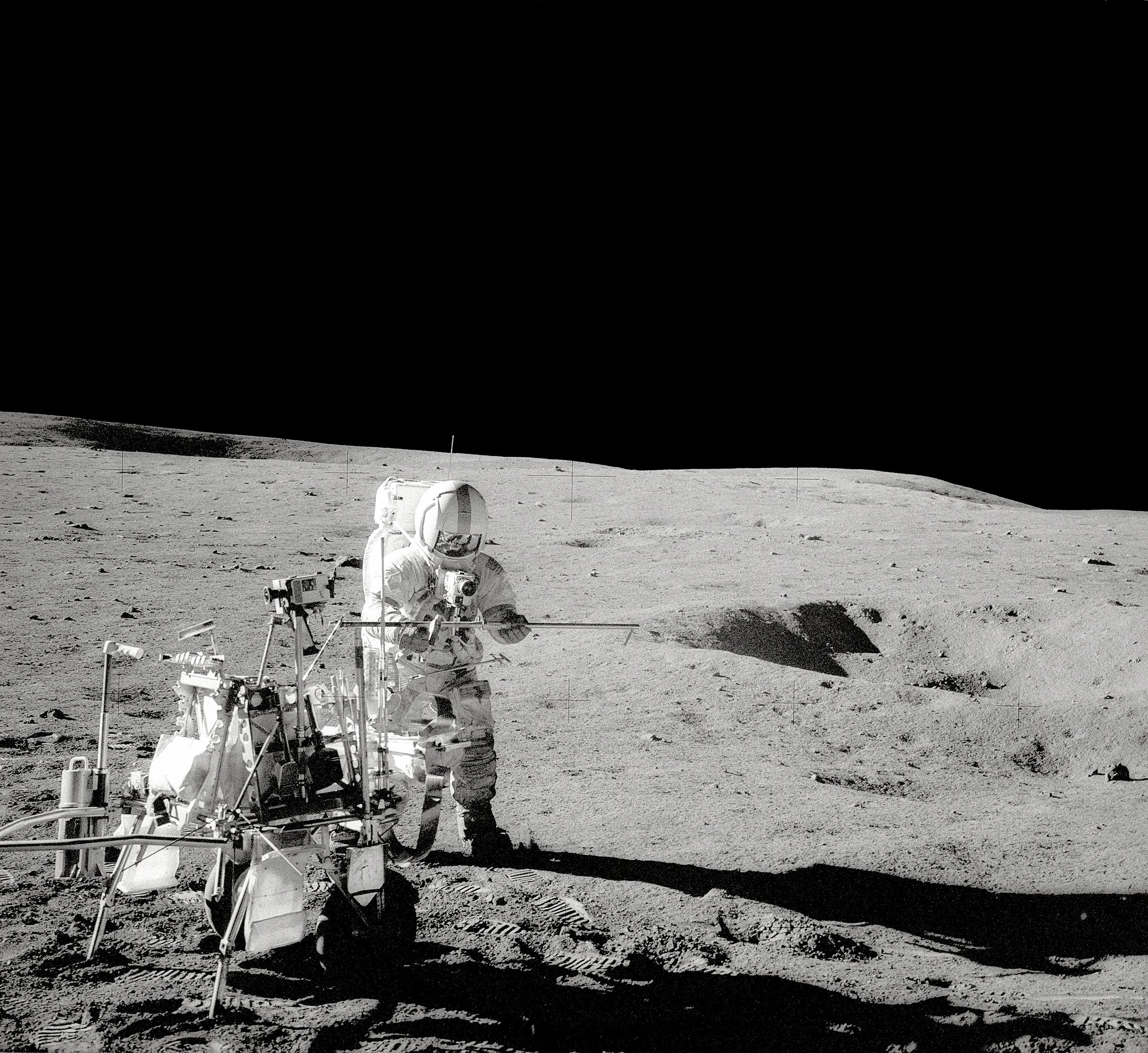 Well, he’ll probably be acquitted in Trial #2, which begins next week.

Those who died but didn’t meet their maker on February 5 include:

Here’s Banjo, who wrote, among other things, “Waltzing Matilda”, on the Aussie $10 note: 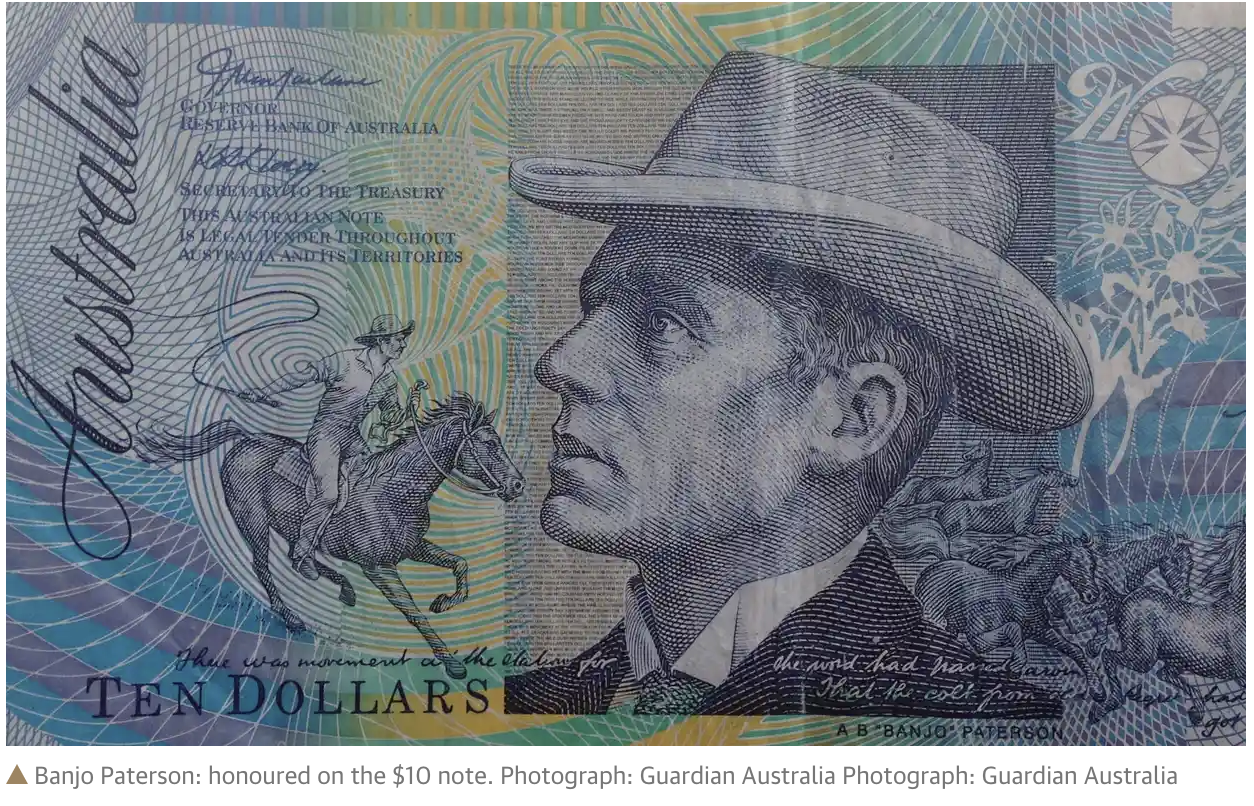 Here’s the trailer for the 1952 movie that earned Douglas his first nomination for an Academy Award. It was nominated for six Oscars and won five (Douglas lost):

Meanwhile in Dobrzyn, Hili and Andrjez have some badinage:

Hili: Sometimes I can’t find the right words.
A: This happens both to cats and poets. 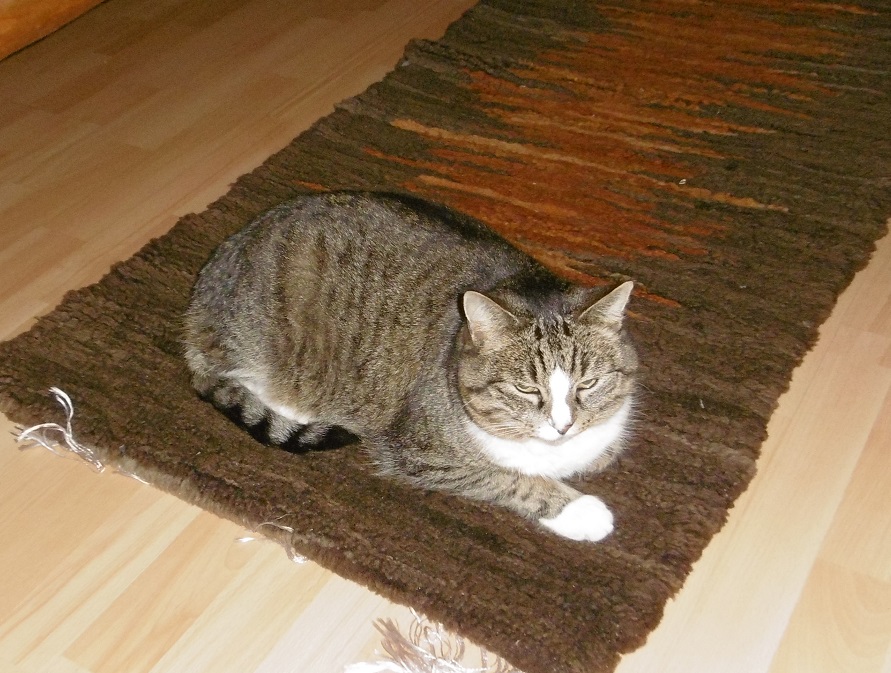 Here’s a cartoon for geneticists, contributed by Luana. It’s true! 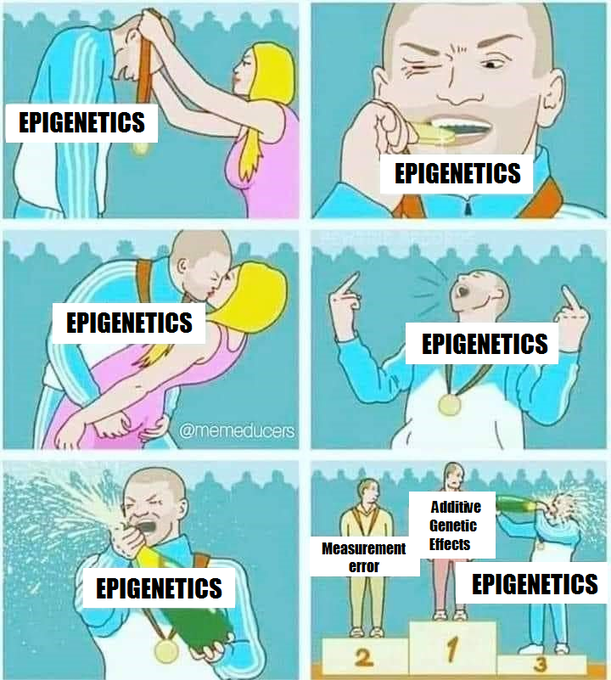 A spider meme from Nicole: 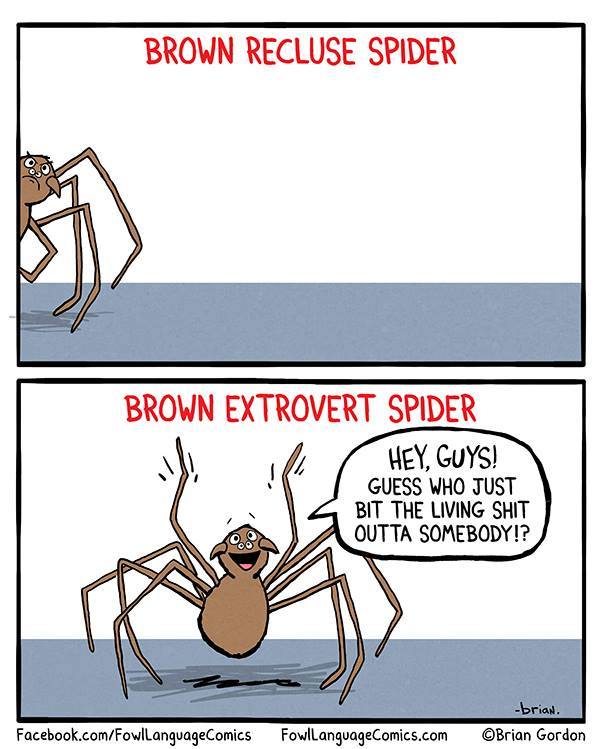 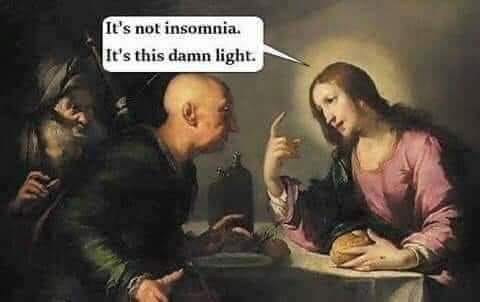 Titania highlights one of the two ACLU tweets in their campaign to allow transgender women (whether or not they’ve been medically treated to “transition”) to compete in women’s sports.

It's such a relief to see that the @ACLU has now conclusively proved that there are literally no biological differences between men and women.

Statler the Senior Fruit Bat had a busy day on Wednesday. And he has a girlfriend! (Sound up.)

A day in the life of a 33 year old #Statler pic.twitter.com/MgygXgbXyo

From Simon, who asks, “Did someone show him a video and he’s trying to copy it?”

“I get my best ideas in the shower” pic.twitter.com/DInyPw1jFm

From Dom: This fungus endemic to the UK was described only six years ago. It’s weird-looking, too.

A major find (not by me!) of the earthstar Geastrum britannicum just outside Norwich! Only described in 2015 and a UK endemic. Many thanks to my 'informant' 😉 pic.twitter.com/rBAbszjRNY

Tweets from Matthew. LOOK AT THAT TAIL!

This is Charlie. He lives with Barb's friend Anna. Have you ever seen a more magnificent tail? pic.twitter.com/Q5tOHP8ocu

No, this is not Sid Vicious running away from you into the woods. Look again!

An optical illusion for tonight. First you see a man running into the snow … and then … pic.twitter.com/R9Lj1mlR5X

One of Matthew’s beloved illusions. Are the arrows really helping fool you here?

Another amazing motion illusion from @jagarikin. Pipo-kun appears to move, expand, spin, and contract… but he's not actually moving or changing at all. 😮 https://t.co/79mdW1OvrR

Another episode of The Way Things Should Be:

"HURRY, COLIN, THERE'S NOT A MOMENT TO LOSE"