Here from Science Advances via National Geographic, is the painting of a wild pig from the Indonesian island of Sulawesi. AT 45,000 years old, it’s world’s oldest cave art, and in fact the oldest known representational art of any sort.

Here’s the paper reporting it (click on screenshot), and a free pdf is here: 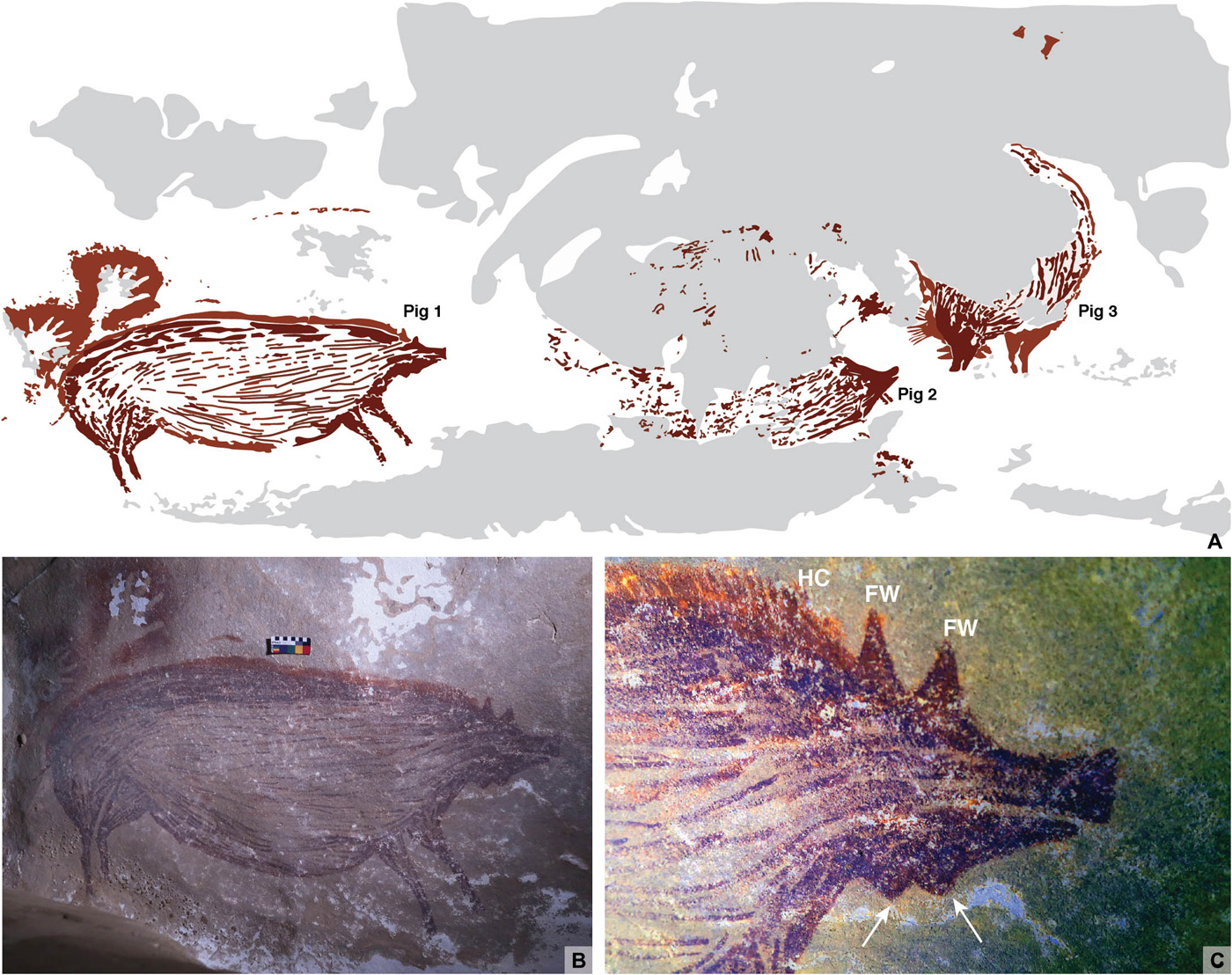 The very oldest art comes not from Europe or Africa, but from Indonesia; but surely there was much earlier representational art. The subject is presumably a Celebes warty pig (Sus celebensis), a species still with us, and the artist presumably an anatomically modern human (H. sapiens sapiens).

Here’s the subject. Not a bad representation, eh?

On the basis of the presently available evidence, we are unable to definitively conclude that the dated figurative rock art depiction from Leang Tedongnge is the handiwork of cognitively “modern” members of our species. However, this seems to be the most likely explanation given the sophistication of this early representational artwork and the fact that figurative depiction has so far only been attributed to AMH everywhere else in the world.

If so, the dated pig image from Leang Tedongnge would appear to provide some of the earliest evidence, if not the earliest, for the presence of our species in Wallacea. The minimum age of this artwork is compatible with the earliest established indications of AMH from excavated deposits in the Lesser Sunda islands, which formerly provided the oldest archaeological evidence for H. sapiens in Wallacea (~44.6 ka cal BP). Hence, dating results for the Leang Tedongnge painting underline the view that representational art, including figurative animal art and depictions of narrative scenes, was a key part of the cultural repertoire of the first AMH populations to cross from Sunda into Wallacea—the gateway to the continent of Australia.

22 thoughts on “World’s oldest representational art: an Indonesian warty pig from 45,000 years ago”