I’m not generally a fan of political books, but I may have to break down and get Barack Obama’s new memoir, A Promised Land.

I don’t know if the New Yorker article below is free (I subscribe), but it was reading that excerpt from Obama’s book that made me think about getting the whole thing (click on first screenshot to go to Amazon page). It’s only volume 1 and is a daunting 768 pages, but the reviews have been uniformly favorable. Further, it’s #1 among all books on Amazon, and a very cheap $23.96 in hardback on the site: 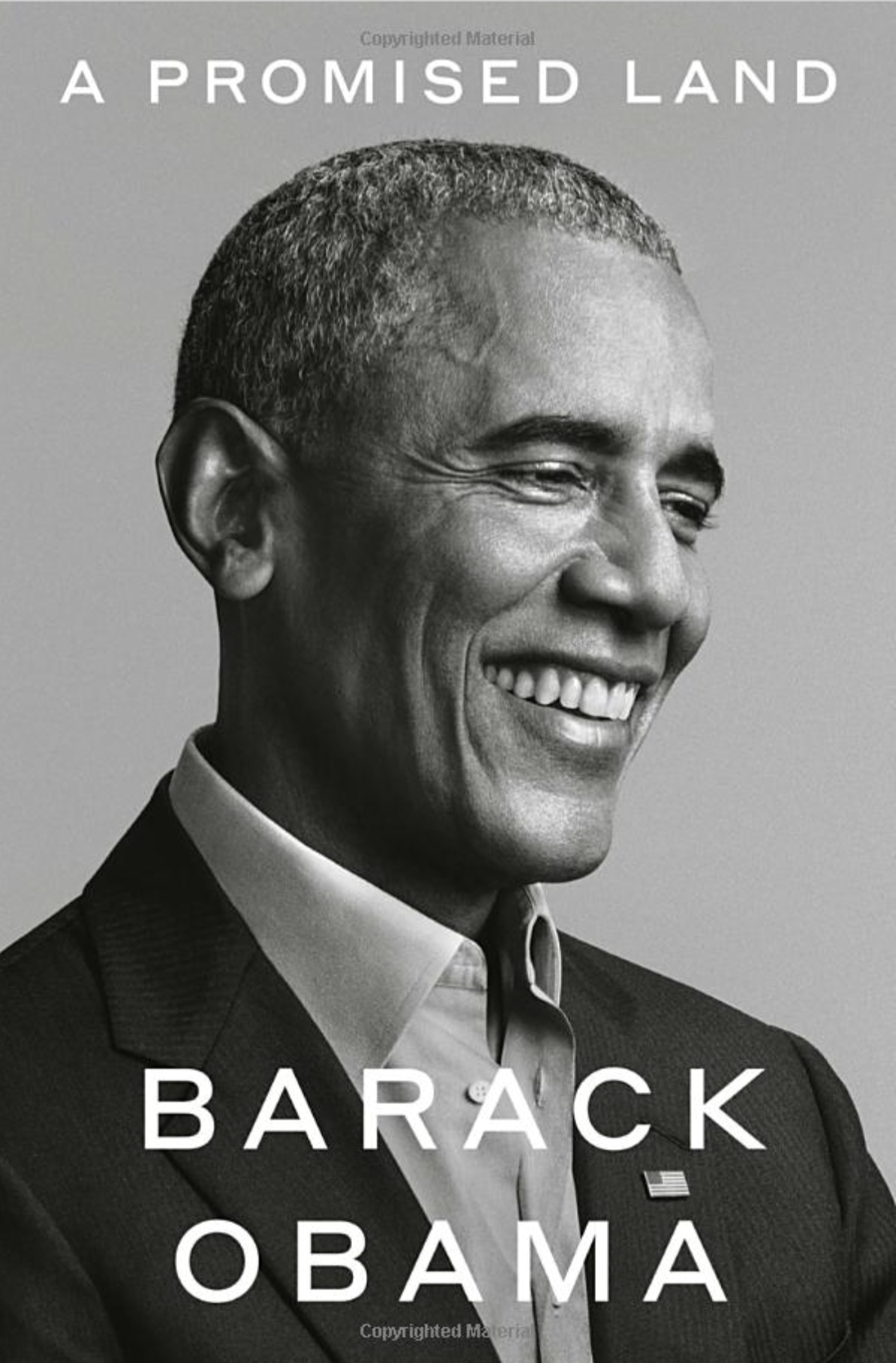 Below: the excerpt. What I liked about it was that it dealt not only with policy (the “toughest fight” was about Obamacare), but also the day-to-day doings and feelings of a President—what it is like to be President. And it’s extraordinarily well written for a man who is not a professional writer but a politician. He’s a natural.

Here’s the ending of the New Woker piece, which gives you an idea of the mix of political and personal, conveyed in a folksy style that isn’t cloying (you can hear Obama’s voice in these words). It’s this mix that made the excerpt—and, according to the reviewers, the book—so appealing:

It wasn’t just that criticism from friends always stung the most. The carping carried immediate political consequences for Democrats. It confused our base (which, generally speaking, had no idea what the hell a public option was) and divided our caucus. It also ignored the fact that all the great social-welfare advances in American history, including Social Security and Medicare, had started off incomplete and had been built upon gradually, over time. By preëmptively spinning what could be a monumental, if imperfect, victory into a bitter defeat, the criticism contributed to a potential long-term demoralization of Democratic voters—otherwise known as the “What’s the point of voting if nothing ever changes?” syndrome—making it even harder for us to win elections and move progressive legislation forward in the future.

There was a reason, I told my adviser Valerie Jarrett, that Republicans tended to do the opposite—that Ronald Reagan could preside over huge increases in the federal budget, the federal deficit, and the federal workforce and still be lionized by the G.O.P. faithful as the guy who successfully shrank the federal government. They understood that, in politics, the stories told were often as important as the substance achieved.

We made none of these arguments publicly, though for the rest of my Presidency the phrase “public option” became a useful shorthand inside the White House anytime Democratic interest groups complained about us failing to defy political gravity and securing less than a hundred per cent of whatever they were asking for. Instead, we did our best to calm folks down, reminding disgruntled supporters that we would have plenty of time to fine-tune the legislation when we merged the House and Senate bills. Harry kept doing Harry stuff, including keeping the Senate in session weeks past the scheduled adjournment for the holidays.

As he’d predicted, Olympia Snowe braved a blizzard to stop by the Oval and tell us in person that she’d be voting no. But it didn’t matter. On Christmas Eve, after twenty-four days of debate, with Washington blanketed in snow and the streets all but empty, the Senate passed its health-care bill, titled the Patient Protection and Affordable Care Act—the A.C.A.—with exactly sixty votes. It was the first Christmas Eve vote in the Senate since 1895.

A few hours later, I settled back in my seat on Air Force One, listening to Michelle and the girls discuss how well Bo was adjusting to his first plane ride as we headed to Hawaii for the holiday break. I felt myself starting to relax just a little. We were going to make it, I thought. We weren’t docked yet—not even close, it would turn out—but thanks to my team, thanks to Nancy, Harry, and a whole bunch of congressional Democrats who’d taken tough votes, we finally had land within our sights.

Apparently the end of the first volume, according to the review below, is a taut and gripping account of the hunting of Osama bin Laden, seen from the White House.

In fact, when I saw that the conservative Spectator had a very positive review—though faulting the book for “humblebrag” and “schmalz”—it almost sealed the deal. I think the chances are about 75% that I’ll get the book. But that of course commits me to getting the second volume. Click on the screenshot:

An excerpt from the Spectator review:

But under all that hopey changey stuff, and where the long sections about wrangling policy through Congress really come into their own, is a superbly engaging study in realpolitik. He was famous for his windy rhetoric; but to get anything done in office required a steely political operator. Obama, the centrist dad’s centrist dad, is again and again confronted by the hard arithmetic of the caucus at home, and of tangled interests abroad. He really shows you how the sausage is made — and his cool, conscientious, covering-all-the-angles pragmatism, more than his optimism, is the real fascination in this book. If first-term Obama has an arch-nemesis, it’s not Osama bin Laden or Donald Trump: it’s the Senate filibuster. And there’s a wry sense of the absurd. On the campaign trail in Iowa, he secures the endorsement of the ‘Butter Cow Lady’, ‘who at the state fair each year sculpted a life-sized cow out of salted butter’, and blasts statewide the prerecorded call announcing her support. ‘She later created,’ he says proudly, an Iowan Ozymandias: ‘a 23-pound butter bust of my head.’

He delivers crisp little put-downs, too. As a candidate, when a do-gooding ice-cream company called on him to defund the Pentagon, he recalls wearily: ‘I had to call either Ben or Jerry — I don’t remember which.’ Nicolas Sarkozy is a ‘bantam cock’ (that’s surely at least half right) whose conversation

‘swooped from flattery to bluster to genuine insight, never straying far from his primary barely disguised interest, which was to be at the center of the action and take credit for whatever it was that might be worth taking credit for.’

Now the older I get, the greater the percentage of nonfiction in what I read, but my tolerance for long books has also decreased. There were days when I could breeze through Robert Caro’s 4-volume biography of LBJ—one of the greatest nonfiction “books” of our time—for several hours a day, every day until I finished each volume. Now I struggle with such a length. I’m not sure whether this is age or simply the anxiety that comes with the pandemic. So 700+ pages seem daunting, and, truth be told, politics usually bore me. But Caro didn’t bore me, and Obama’s book seems to have the appealing Caro-esque mix of the man and his job.

Has anybody read it yet? There are over ten thousand reviews on Amazon, 94% of them giving the work five stars—for a book that came out on November 17!