Well, I’ll be! IFL Science highlighted the presence in Antarctica of the only melanistic penguin I’ve ever heard of. We’ve all seen or heard of melanistic squirrels and jaguars or leopards (both called “black panthers”); it’s a genetic trait and can be either dominant (one gene copy and you’re black) or recessive (two copies required). But penguins?

For a panoply of melanistic species, go here, and click on the screenshot to read the article:

The one-minute BBC video is below, and though I worried this penguin may be subject to predation or lack of potential mates, the IFL Science article (and the video) says it’s doing fine:

Adult emperors have black heads and wings, gray backs, and white bellies, with their distinctive yellow-orange markings around the neck. This particular penguin spotted when the Dynasties team were filming the Emperor episode in Antarctica, is almost entirely black, but does have the odd patch of white on its chest and wing tips, and a splash of yellow around its neck.

Sometimes, sadly, it’s not good to stand out in a crowd, though. The mutation can make animals with melanism more easy to spot by predators. In this penguin’s case, not just because it may be more visible on the ice, but because penguins’ white bellies make them look invisible to predators swimming below by helping them blend in with the light from the surface.

Though, as the BBC points out, this one isn’t doing too badly, having survived into adulthood.

In fact, according to the BBC the penguin is doing just fine. Filmed amongst hundreds of its besuited brethren and looking healthy, it appeared to show signs of looking for a mate while huddling for warmth with the other penguins.

It looks lonely to me, but maybe I’m just anthropomorphizing.

UPDATE: Reader Bill Turner sent this photo, taken by his wife Yvette, and added the caption,

“Your post today on a melanistic Emperor penguin prompted me to send the attached photos of a leucistic gentoo, taken at the Chilean Captain Arturo Prat Base on Greenwich Island on 24 December 2018. The bird was, apparently, quite a familiar sight around the island.” 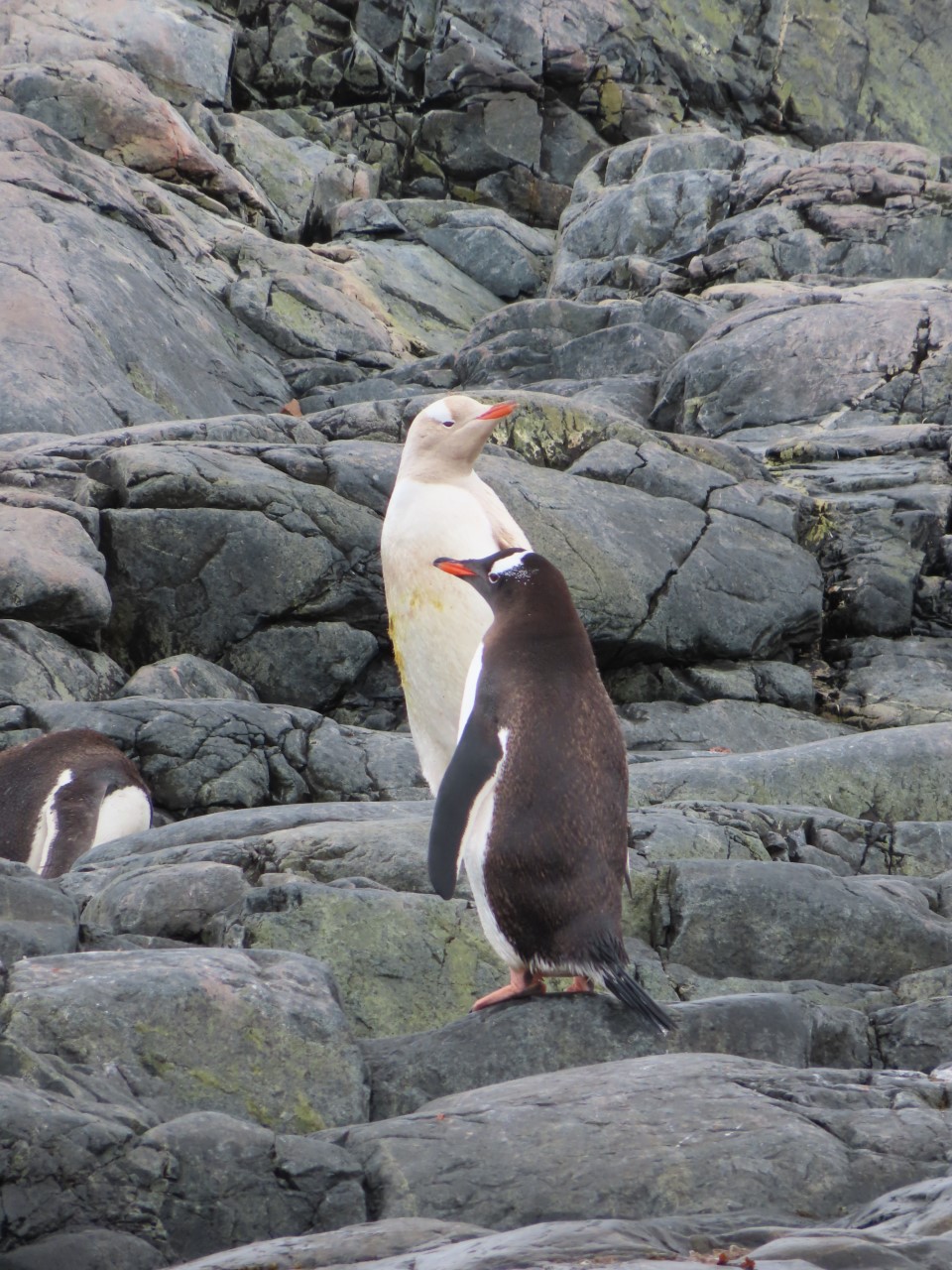 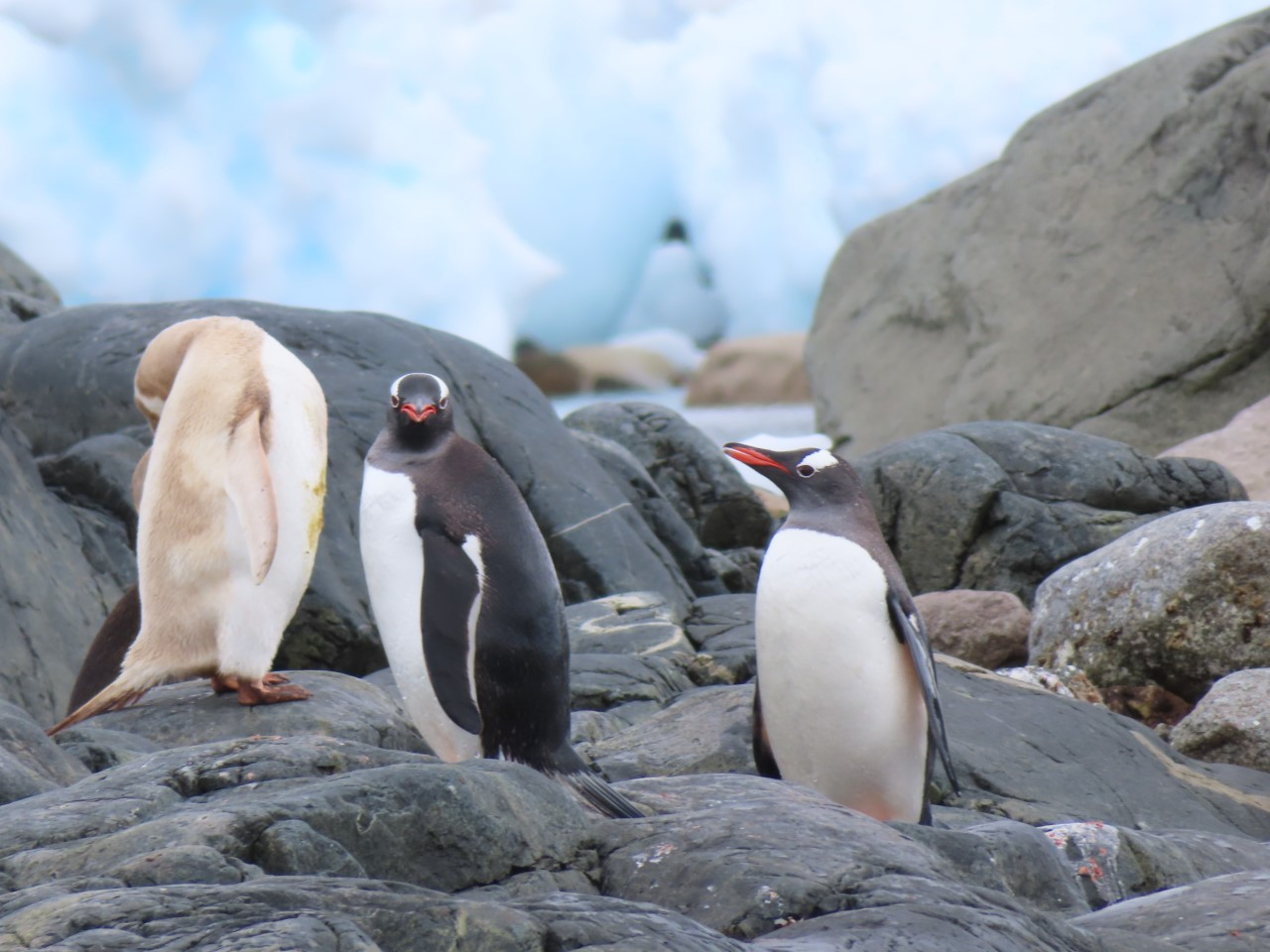 I hope this white bird found a mate, too.