It’s that time again: time to disgorge those words and phrases that stick in your craw—elocution you detest. And I know we’re all filled with repressed rage during the pandemic, so I’ll vent a bit of it here. T

oday we have three phrases. (I may have mentioned one or two of these before, but so it goes.) As always, I take my examples from HuffPost, which strives to use argot that makes the odious site look cool. Click on the screenshots if you must read the articles.

Don’t bother to tell me that language evolves; I have a Ph.D. and know that. It’s some of the endpoints of that evolution that irk me.

1.) “Gig workers” (or “Gig economy”). Yes, I know there’s not a single word for “on-call employees” like Uber drivers or food deliverers, but the word “gig”, which originally meant a stint as a musician in a venue, sounds ugly to me, like “blog”. And somehow I can’t manage to equate an Uber ride with Charlie Parker and Dizzy Gillespie playing at Toronto’s Massey Hall.

Maybe I just dislike one-syllable words that end in g; another is “d*g”.  But here you go:

2.) “Tone deaf”.  The technical meaning of this phrase is “unable to differentiate between different musical pitches.” And that’s fine, but it’s been co-opted, mainly by the woke, to mean, “Not able to grasp the obvious and important truths I’m trying to tell you.” And it’s all over the place.

Here’s HuffPost dissing the Oscar-winning movie “Green Book” for being a “white saviour” movie. (I wouldn’t characterize it that way, and it wasn’t a perfect film, but never mind.) The fact is that if you’re not on board with what a woke person is saying, you’re simply “tone-deaf”. More often than not, it means “bigot” or “racist”.

It’s especially used to apply to the Trump family:

In fact, I hear this word used so often by the Woke that I refuse to use it myself.  It is, after all, now a bit trite, and it’s better to think of a fresh phrase.

3.) “Fierce” no longer means “scarily aggressive.”  Now, according to the Urban Dictionary, it means “the combination of a positive mental spirit, bold words and unapologetic actions used collectively”. But it doesn’t even mean just that: it can just mean “good”, or “something I like”, as applied to “California Gurls” in the Katy Perry/Snoop Dogg song, or to clothing in this article about the American Music Awards:

This doesn’t look so “fierce” to me: it’s Anthony Anderson in a smiley mask: 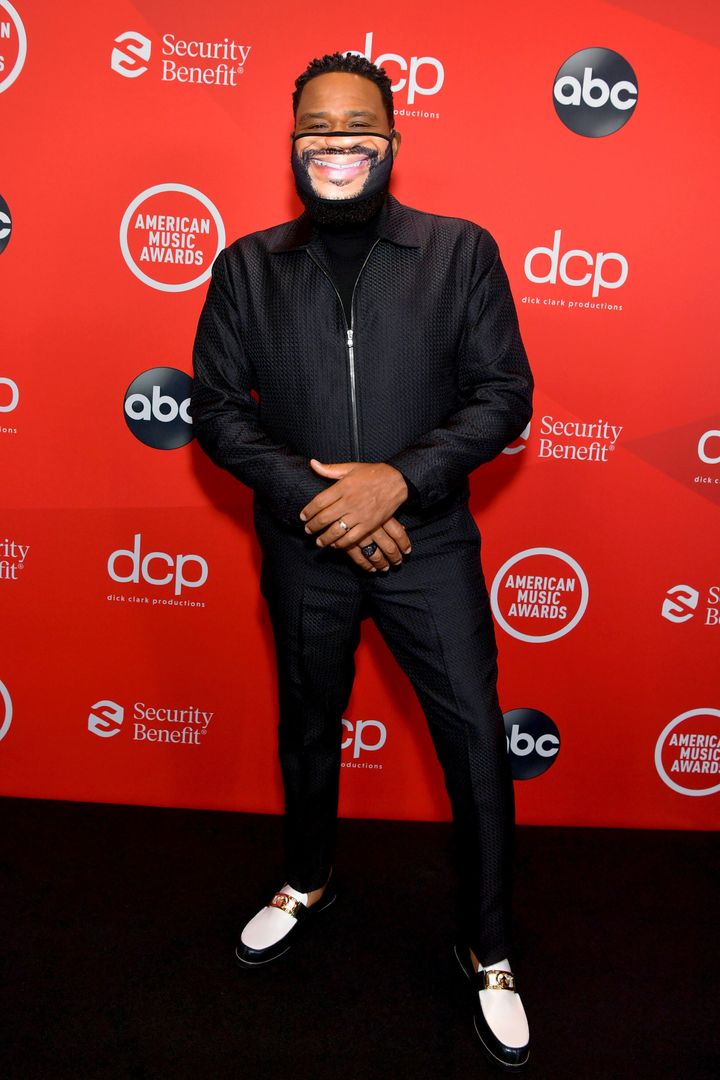 In fact, you can get away with using “fierce” as an adjective for anything you like, like “Man, that meal was fierce!”

126 thoughts on “Words and phrases I detest”