It’s Monday, November 23, 2020, and the beginning of Turkey Week in America. And you can wake up to National Espresso Day, as well as Eat A Cranberry Day, National Cashew Day (again?), Fibonacci Day (11/23—get it?; it’ll be even better on November 23, 2058), and, in Frederick County, Maryland, Repudiation Day.

Antony J. Blinken, a defender of global alliances and President-elect Joseph R. Biden Jr.’s closest foreign policy adviser, is expected to be nominated for secretary of state, a job in which he will try to coalesce skeptical international partners into a new competition with China, according to people close to the process.

. . . .Mr. Biden is also expected to name another close aide, Jake Sullivan, as national security adviser, according to a person familiar with the process. Mr. Sullivan, 43, succeeded Mr. Blinken as Vice President Biden’s national security adviser, and served as the head of policy planning at the State Department under Hillary Clinton, becoming her closest strategic adviser.

. . . Mr. Biden is also expected to name Linda Thomas-Greenfield, a 35-year veteran of the Foreign Service who has served in diplomatic posts around the world, as his ambassador to the United Nations, according to two people with knowledge of the process. Mr. Biden will also restore the post to cabinet-level status after Mr. Trump downgraded it, giving Ms. Thomas-Greenfield, who is Black, a seat on his National Security Council.

Was it kosher for the NYT to give the race of the black person but not the others?

Here’s Elisabeth Rosenthal asking the questions we all want to ask Dr. Anthony Fauci. One of them:

When do you think we’ll all be able to throw our masks away?

I think that we’re going to have some degree of public health measures together with the vaccine for a considerable period of time. But we’ll start approaching normal — if the overwhelming majority of people take the vaccine — as we get into the third or fourth quarter [of 2021].

The NYT has a photo essay on the infamous Kolyma Highway, 2000 km of road built to connect railroad stations with Stalin’s gulags, or prison camps. It’s called the “Road of Bones” because an estimated quarter million to a million people died while building the road on permafrost, and it was considered easier to fold the dead bodies into the nascent road than to bury them. The essay has some intriguing photos calling up a terrible period in Russian history.

Two federal prisoners are scheduled for execution before Inauguration Day. I guess it’s too much to expect the sociopath Trump to have enough empathy to stay their executions until Biden can decide whether to issue a permanent stay. According to this 17-month-old Tweet, Joe is opposed to the death penalty:

Since 1973, over 160 individuals in this country have been sentenced to death and were later exonerated. Because we can’t ensure that we get these cases right every time, we must eliminate the death penalty. https://t.co/o9LQHWwmt7

In the Washington Post, law professor and ex-prosecutor Randall Eliason argues “The case against indicting Trump.” I largely agree with him, but only because it’s likely that Trump will face state criminal charges—for which a President can’t pardon him—after the election.

Stuff that happened on November 23 includes:

I haven’t read the pamphlet, whose title page is below, but Hitchens always recommended this as one of the must-read pieces for discussing freedom of speech. (See this wonderful video at 1:50). 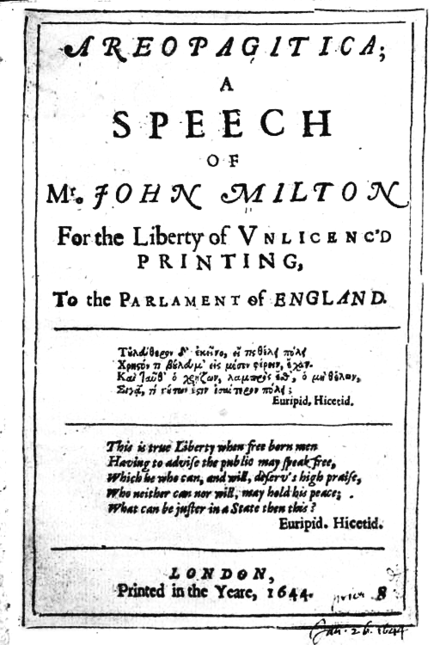 After an unsuccessful attempt to escape, Tweed was jailed until his death two years later. Here’s a Thomas Nast cartoon of Boss Tweed with the Wikipedia caption below it: 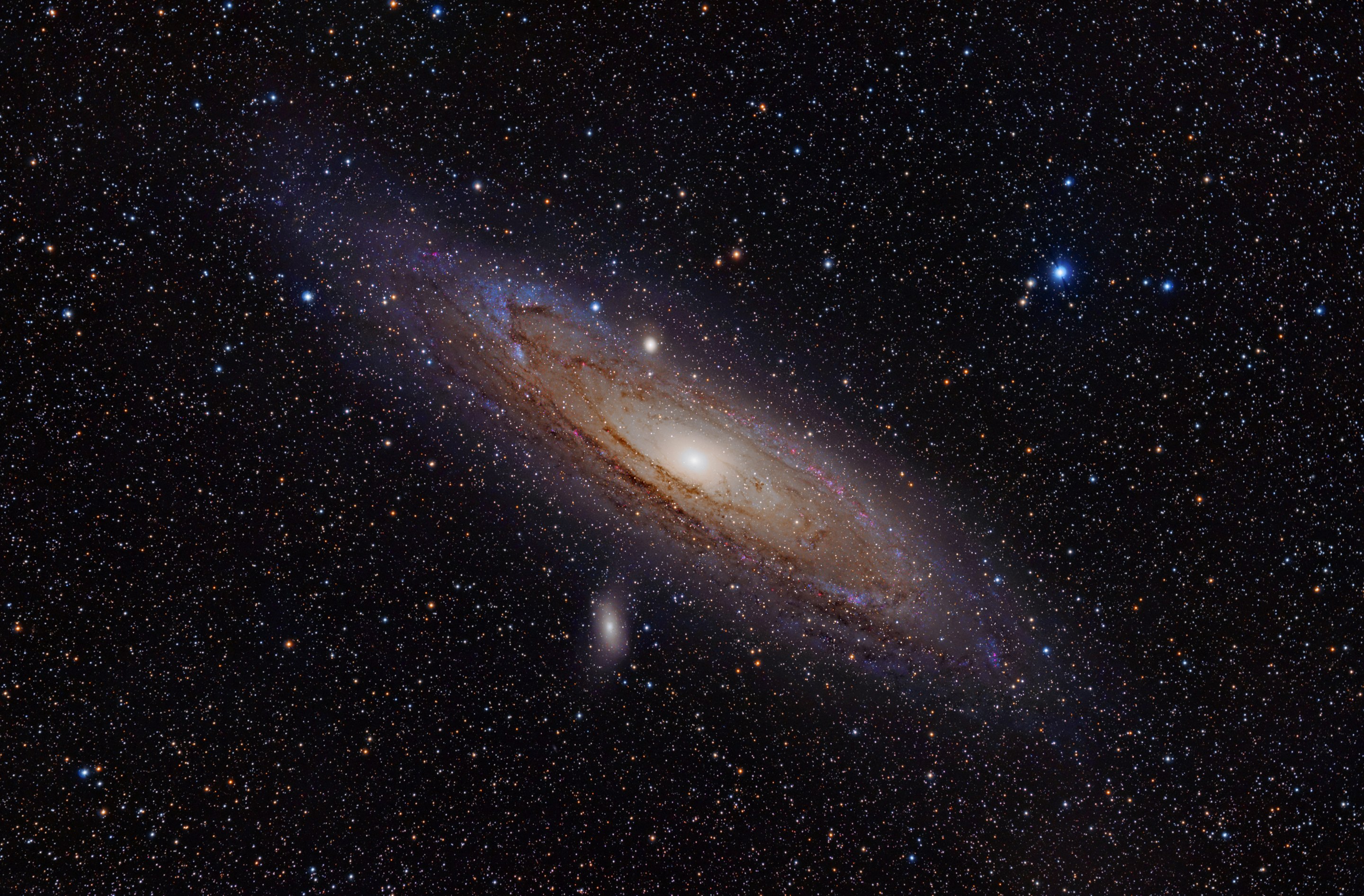 Here’s the Tardis taking off for the first time in that early series:

Here’s that rather unwieldy smartphone, which is clearly not meant to be carried around in your pocket or purse. 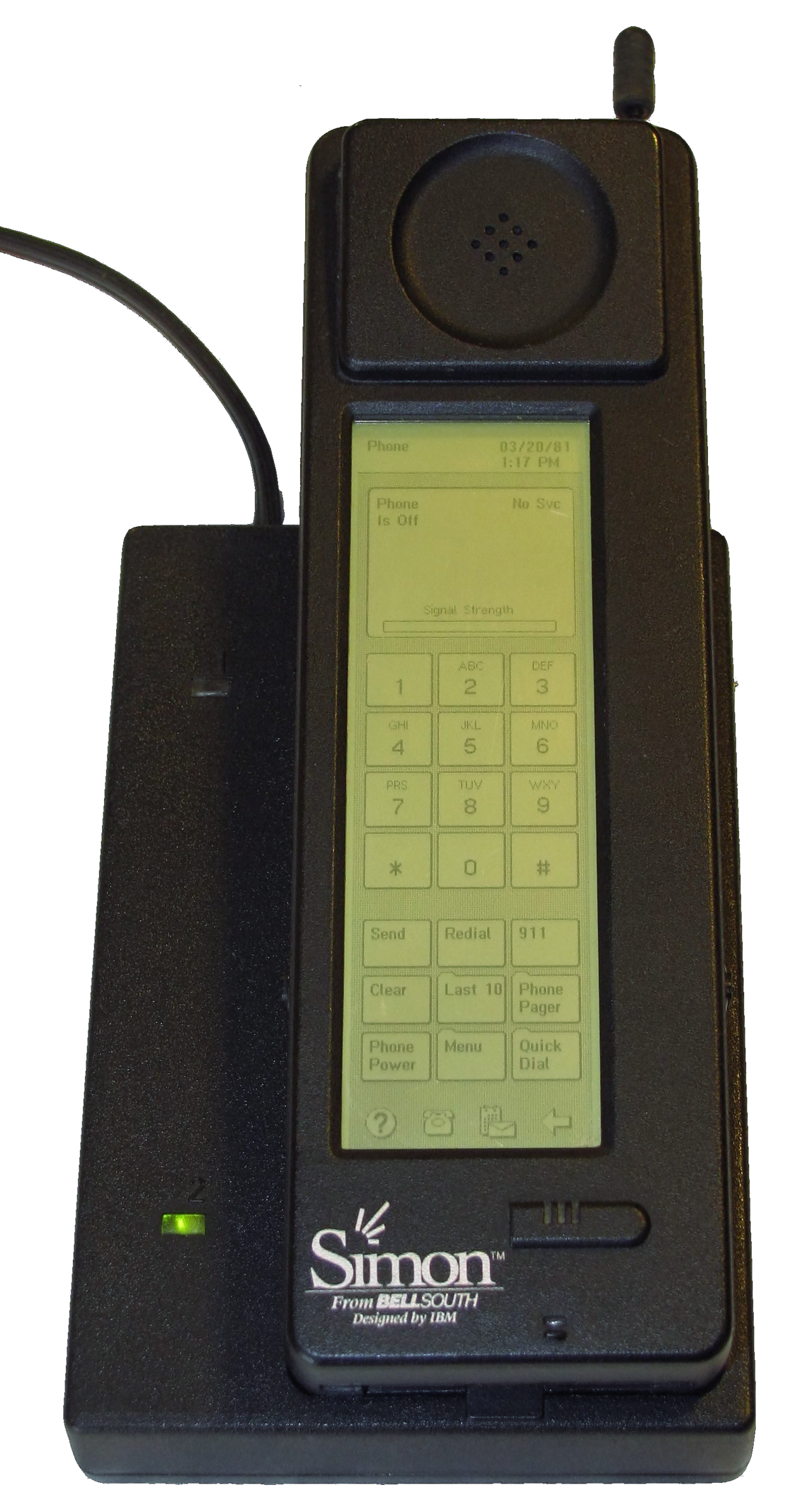 It’s sad that Susan Anspach is gone; I’ll always remember her role in the great movie Five Easy Pieces as the pianist and unwilling love/lust object of Jack Nicholson. Here’s one scene showing the tension between them:

Those who passed on on November 23 include:

Here’s Junior Walker performing his best song, “What Does it Take“, live on the Letterman show:

Meanwhile in Dobrzyn, Hili comments on the world. About the lunatics, Malgorzata explains, “Don’t you see lunatics all around you? Flat=earthers, antivaxxers, medicinal quacks—not to mention the world of politics? I do, and Hili does.”

Hili: A strange world.
A: Why?
Hili: Plenty of lunatics everywhere. 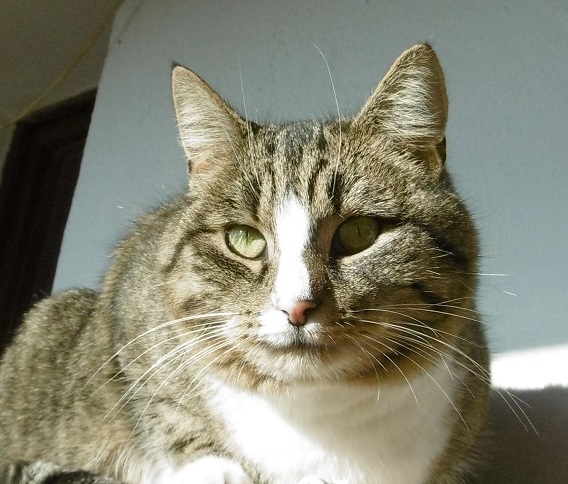 Szaron has been cured of his Giardia, and Kulka and Szaron are again sleeping snugly together, with the dark Szaron taking good care of the kitten. (Photo by Paulina R.)

A meme posted by Seth Andrews; you should be able to figure it out: 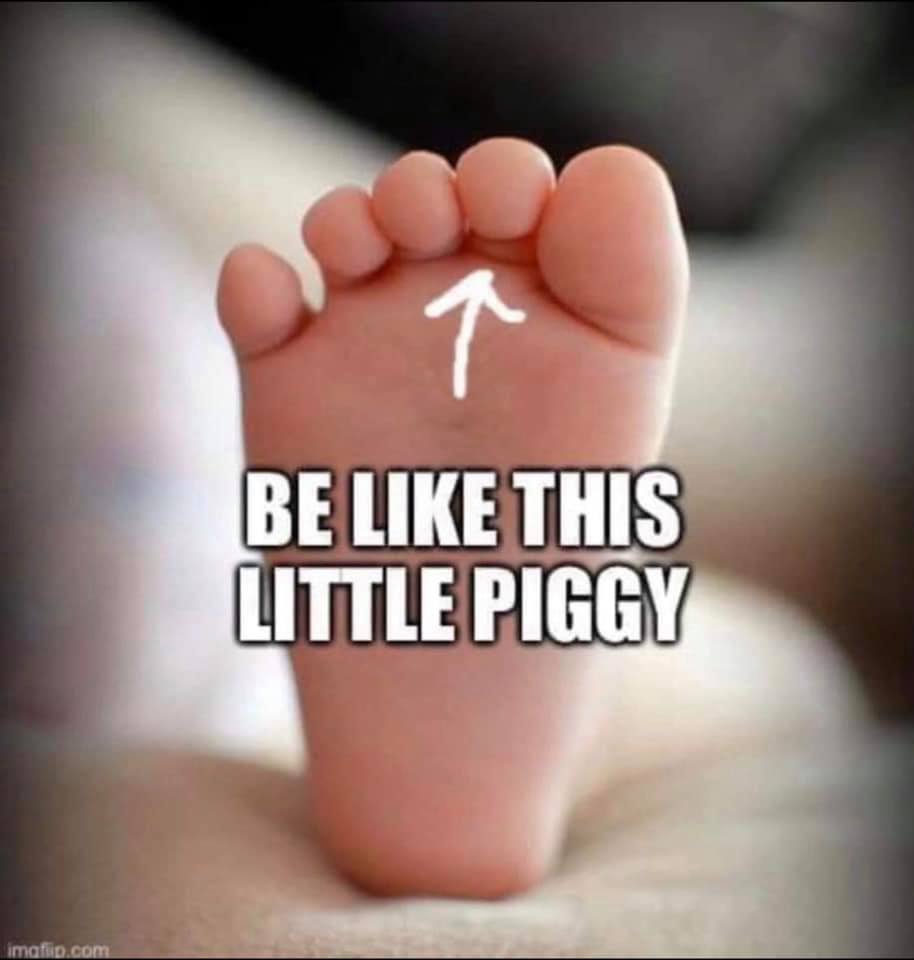 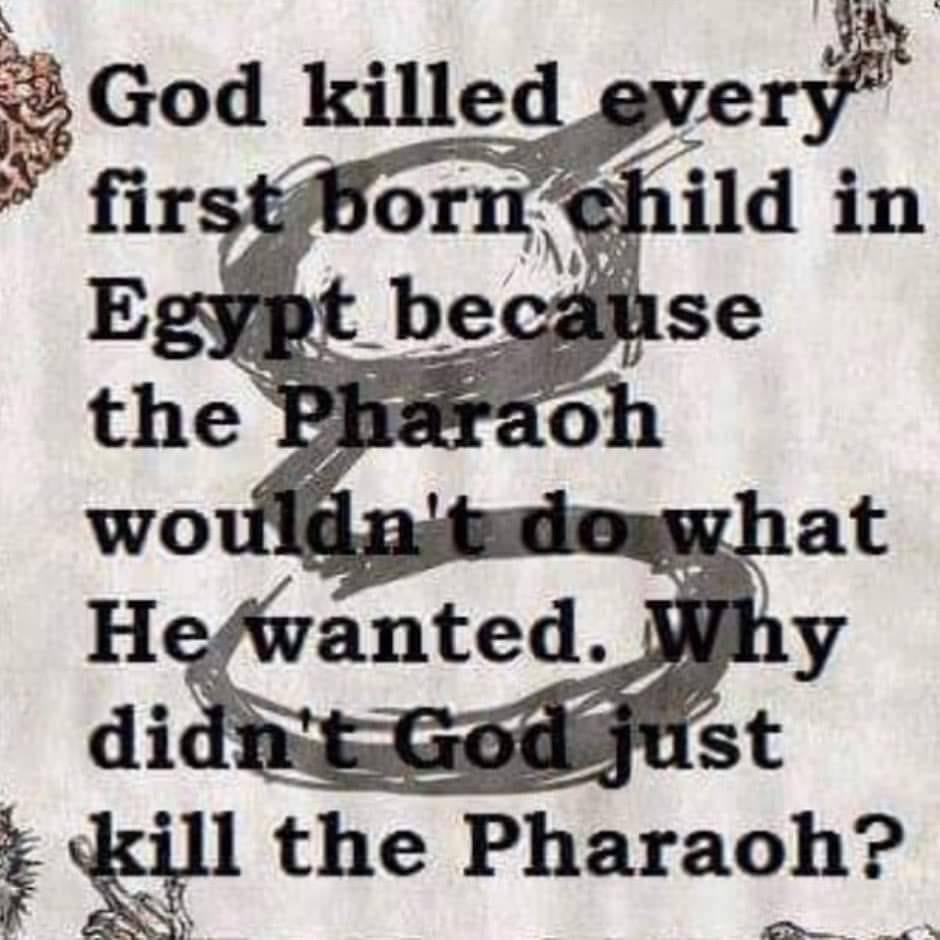 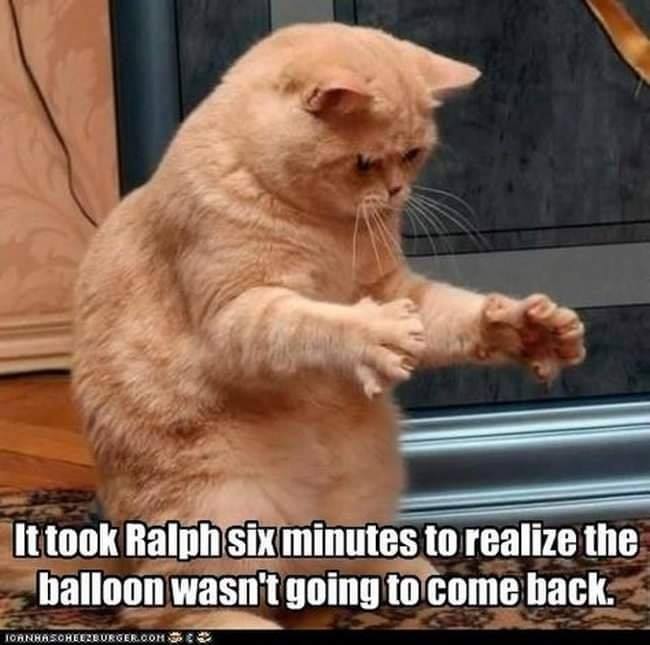 From Barry. A man rescues tiny dog from jaw of tiny alligator, all while keeping his cigar lit.

saved the puppy from getting eaten by an alligator and never dropped his cigar, a true legend pic.twitter.com/ryRSfZqOsy

From Ken, who says, “I’d feel a bit more confident regarding their claim that they met with Trump to discuss additional COVID-19 assistance for Michigan, were they not sitting at the Trump hotel maskless and non-socially distanced.”

From Simon. The fish don’t look all that stressed, though.

Tweets from Matthew. I found Zlamany’s portraits both inspiring and depressing, the latter as an exploration of the decrepitude of aging. You can read more about the exhibit here, and below this tweet I’ve put a 100-second video with all the portraits.

Some heart-warming beauty for your Sunday:
100 portraits of 100 residents for the 100th anniversary of the Hebrew Home for the Aged in Riverdale, The Bronx by Brenda Zlamanyhttps://t.co/3oneUBkOjJ

This is infinitely preferable to any fancy cat-platform you can buy:

Yes, how much knowledge could any of us impart to people two millennia ago in a way that would advance their society?

This made me laugh. pic.twitter.com/p8B6HiRrsH

We need more of these overpasses. After all, the critters were here before we were:

"It's working!" Check out the critters big and small who are using Utah's first wildlife overpass to cross Interstate 80. The @UtahDWR shared this video on Thursday. pic.twitter.com/H7d896eiYs

This is surely not random, but I have no idea why. It has not escaped our notice that both Matthew and my last names begin with “C”.

Shoot! A bummer for us with last names starting with 'C', but the data is the data. https://t.co/diyQVPkqvJ