This CNN bulletin gives what’s likely to be the final Electoral College tally for Biden (306 votes) and Trump (232 votes). (Click on the screenshot.)

I’m letting you know because I was the first person to call the election for Biden AND to give the correct final Electoral College vote for Uncle Joe. This was in a post on November 5.  I ask all the readers to avoid false idols like Nate Silver and recognize the prescience and wisdom of your host, who will now celebrate by taking a nap. 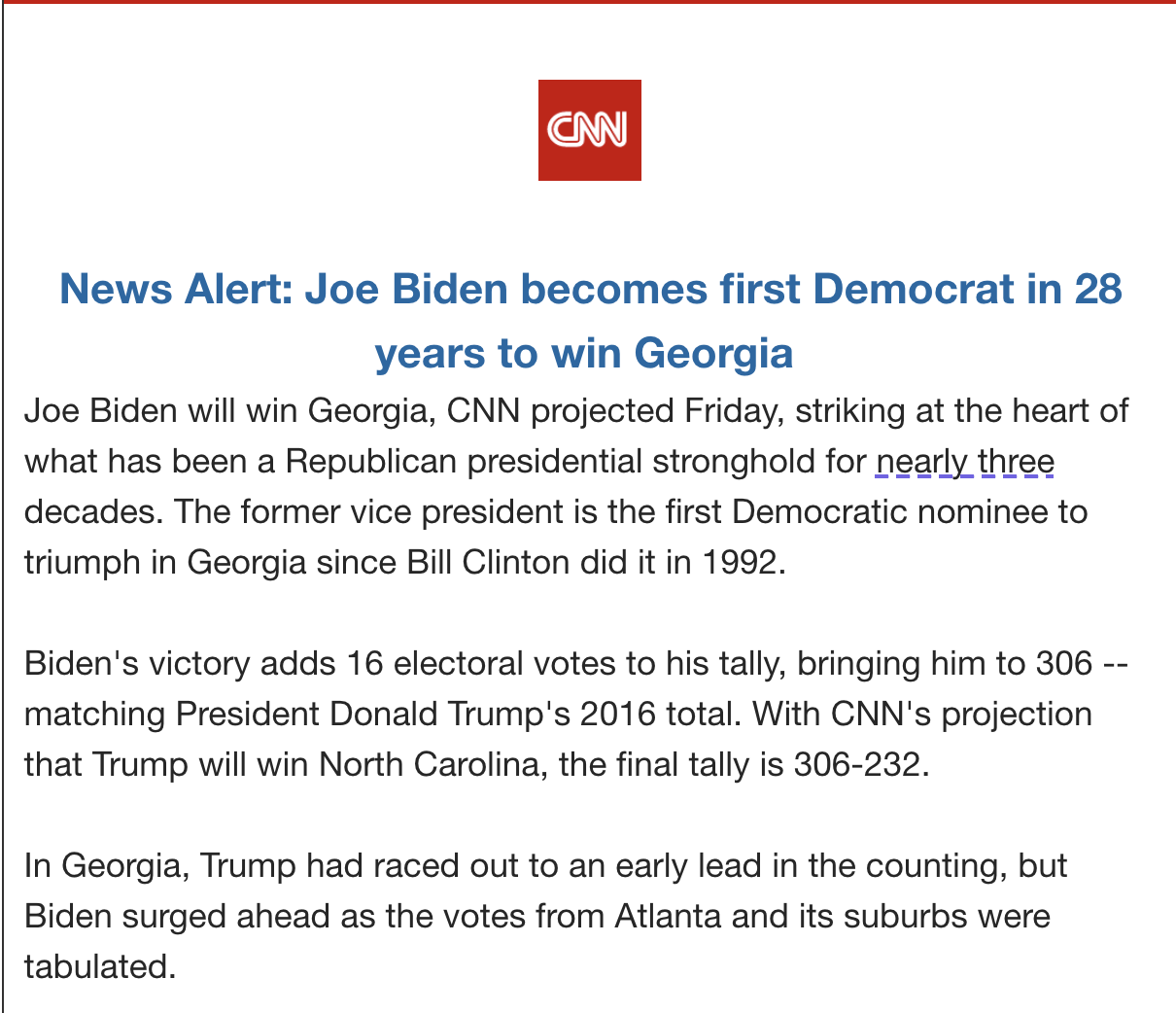 55 thoughts on “The greatness of PCC(E)”