I’m running low on good cat-related items for the Caturday felid posts, so if you have a good one, send it along. This feature, like many others depends on the good will of readers!

Fortunately, we have enough for today and next week, and the first item instantiates the Japanese love of cats—and rice. Cat-shaped rice balls! Click on the screenshot to read from Kotaku East: 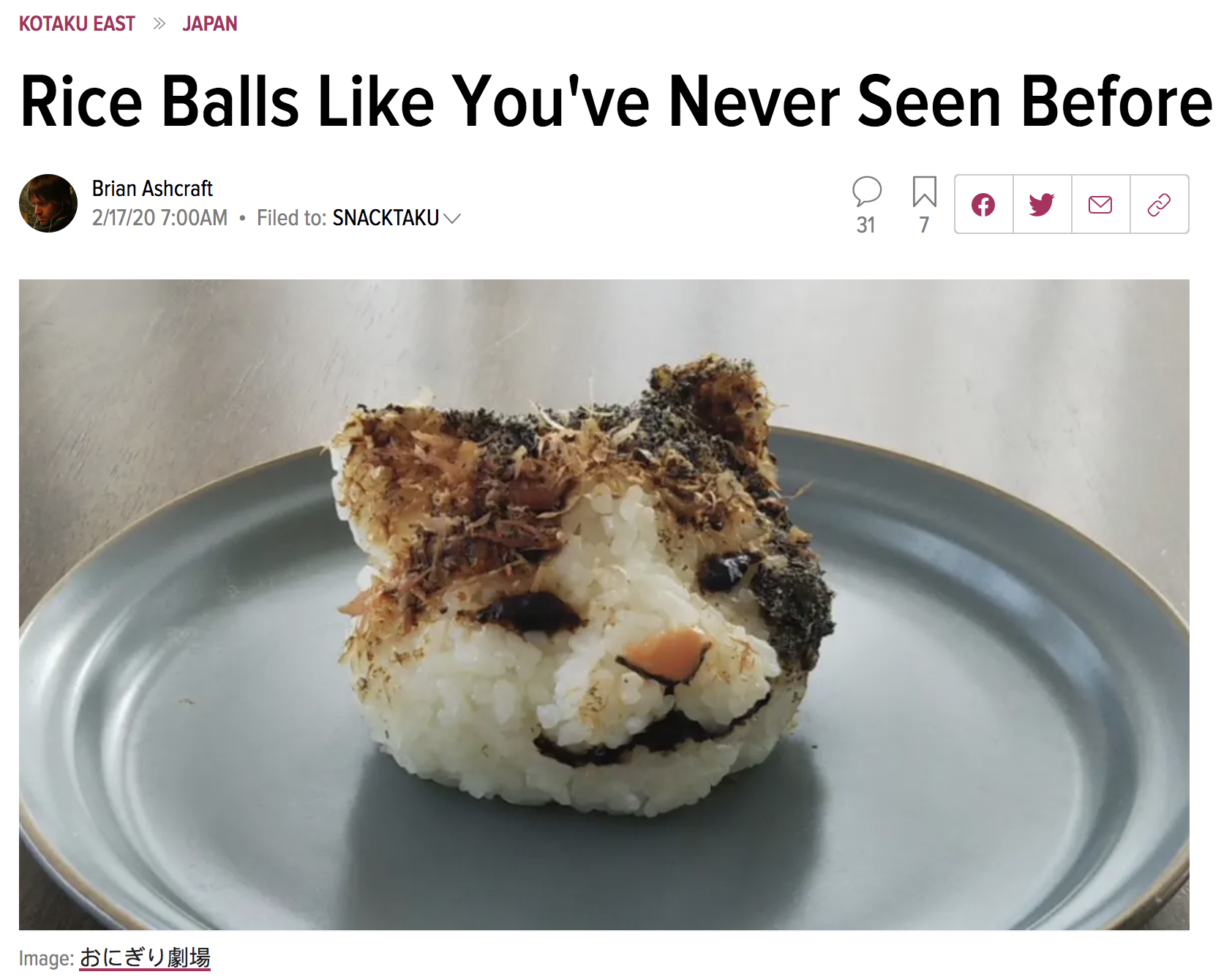 YouTuber Onigiri Gekijou (Rice Ball Theater) specializes in making rice balls that are unlike anything I’ve ever seen. And I’ve seen lots of rice balls!

Onigiri Gekijou calls this “onigiri art,” and is uploading how-tos on YouTube. That’s very nice! Many of the techniques, such as mixing ketchup and mayo to make a pinkish color for the cat’s house, aren’t that complicated. Some of the rice-shaping, though, looks relatively involved.

Some of the things needed are iwa nori, which is spread over the cat’s forehead and ears, and then covered with katsuobushi and kurosurigoma (black ground seasame) giving the appearance of fur.

Check out other rice balls below [click on screenshot to see riceballs of other creatures, not of the same interest] and follow Onigiri Gekijou on Twitter right here.

From Bored Panda we have thirty—count them, thirty—Instagram pictures of Gary, the Hiking Adventure Cat. Click on the screenshot to see them all; I’ll show just a few:

Meet Gary, a 5-year-old rescue kitty that has one of the best social media accounts out there. He’s not just any floof-ball posing for cutesy photos, this cat is a true adventurer who loves hiking, paddling and meowntaineering. And after taking a peek at his gallery, you might feel a tingling sense of envy, as this feline has better vacations than most of us.

Bored Panda has reached out to Gary’s owner for an interview and he shared some exciting details about the kitty. “Gary really likes our adventures, and I work really hard to make sure he’s always happy and comfortable,” said James, Gary’s owner and social media manager. He revealed that Gary’s introduced to new activities slowly, so the cat has time to adjust to them on his own terms. “I’ve created a bit of a monster though because if I don’t take him out enough, he sits at the door and meows,” James explained. 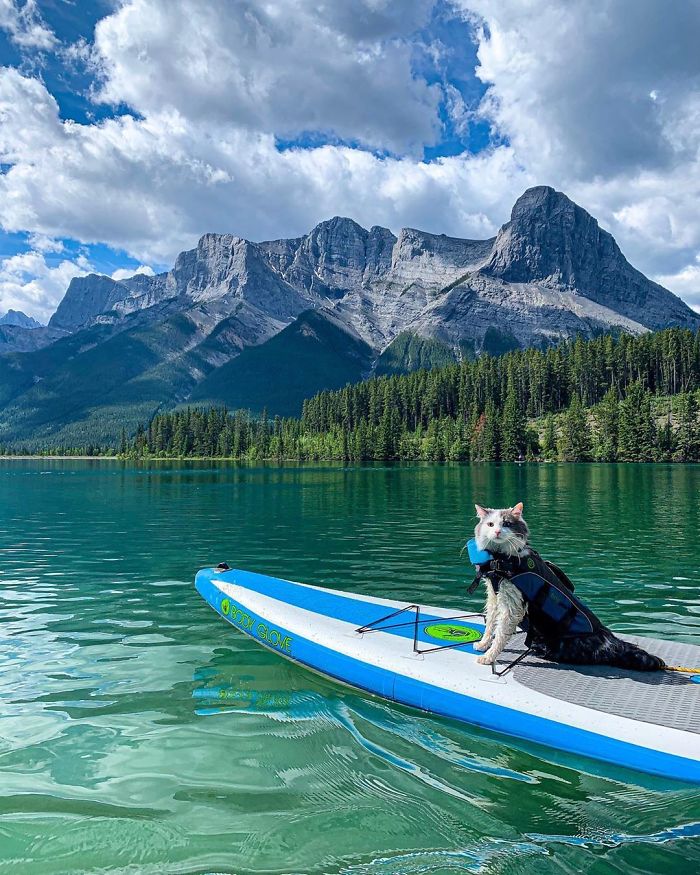 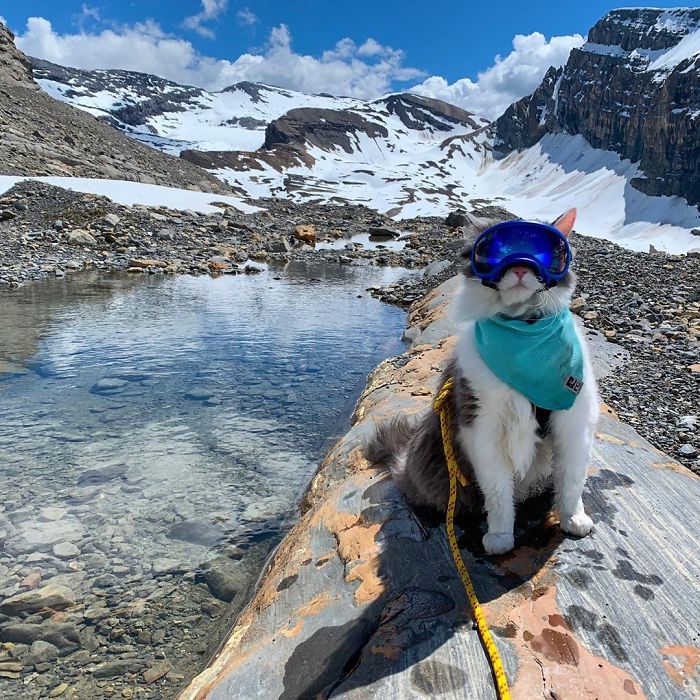 “We only started adventuring with Gary recently,” James explained. “He showed a keen interest in going outside and even escaped once so we decided to harness train him after we moved,” he added. The choice was obvious, as not only could traffic outside be dangerous, but there are other hazards lurking outside. “There’s a lot of predators like bears, wolves, coyotes and birds of prey in our area and it’s unsafe to have free roaming cats,” the owner elaborated. He also said that getting Gary in a harness also protected small mammals and songbirds from ending up being the cat’s prey. 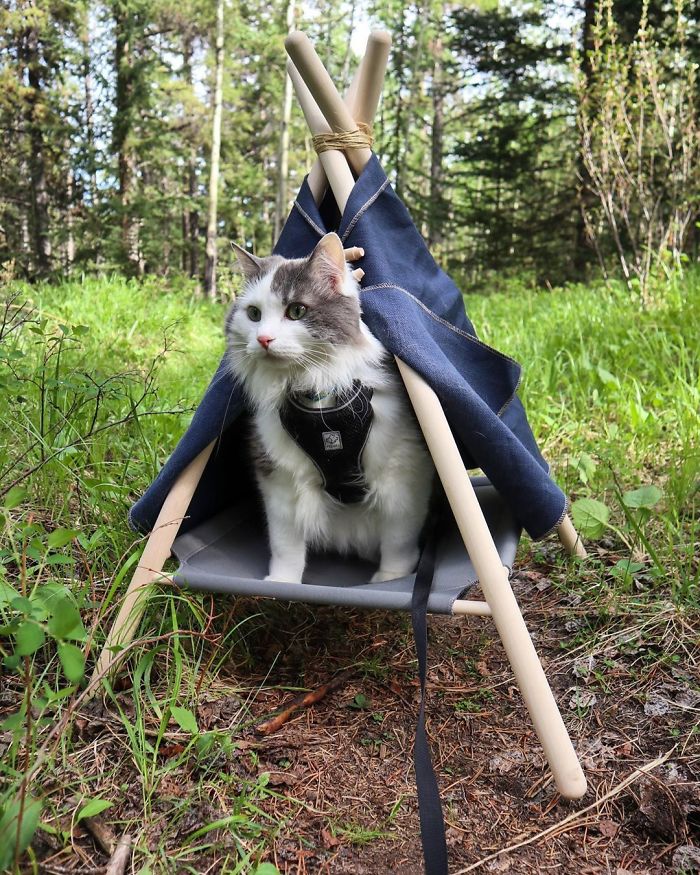 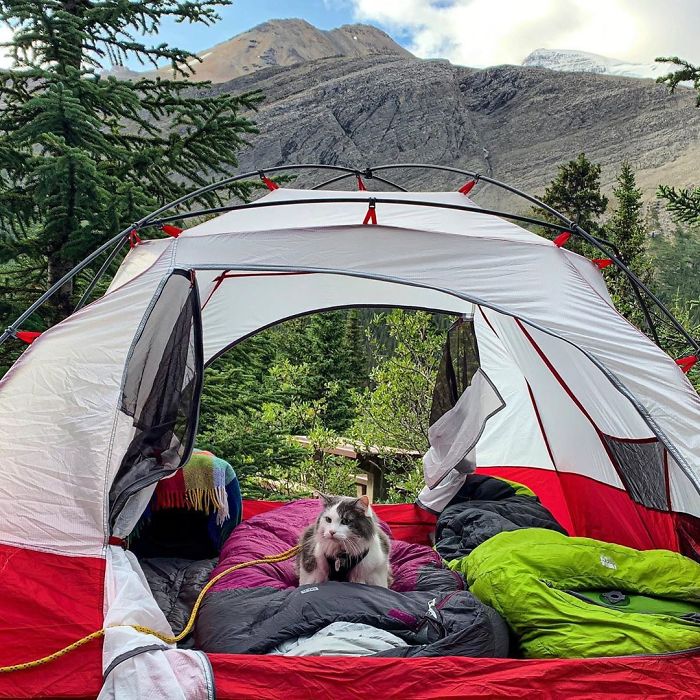 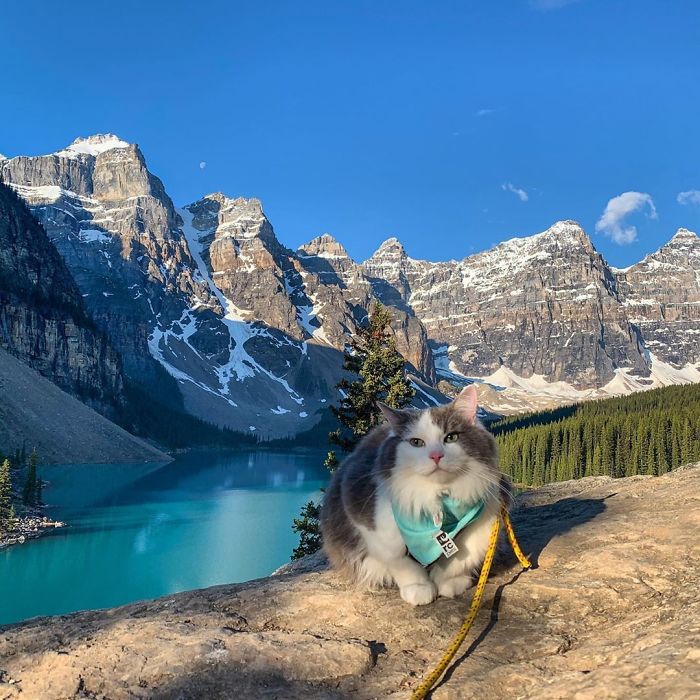 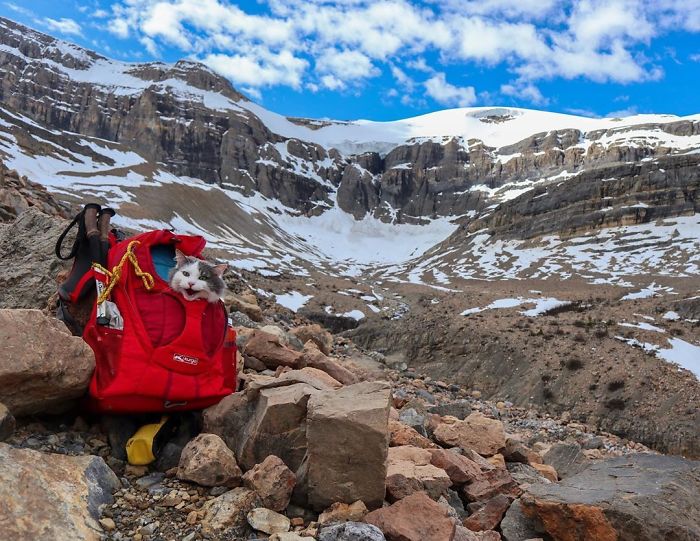 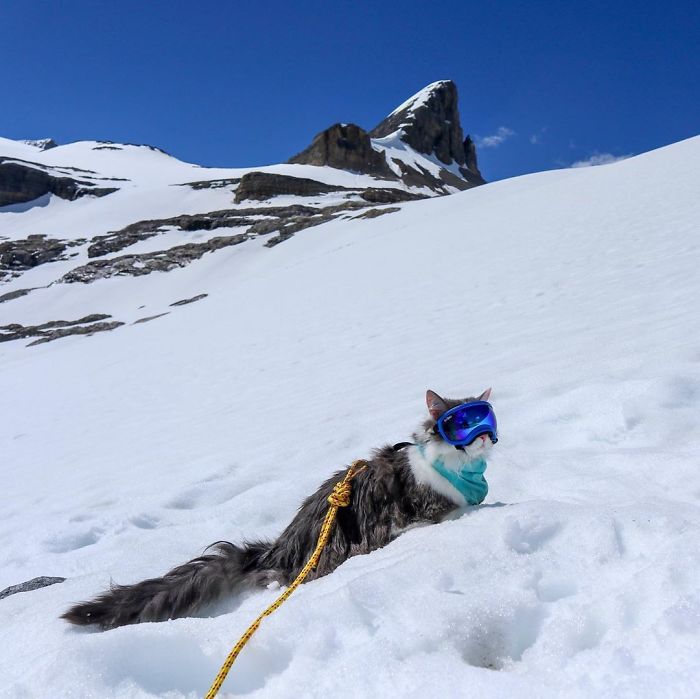 Finally, a cat snoring into an echo microphone. This really needs to be made into the soundtrack of a space movie.