Good morning on Friday, October 30, 2020. It’s gonna be a bad day because it’s National Candy Corn Day: one of the very few candies I detest.  Here: see in the video below how this odious “comestible” is made. As the video notes, “It starts with a slurry”.  No candy should start with a slurry! Also in the video: “The secret? Edible wax and glaze.” Curiously, some readers like this stuff, as one confessed the other day.

It’s also Buy a Doughnut Day, National Breadstick Day, Pumpkin Bread Day, and, in spite of all this, Sugar Addiction Awareness Day.  Finally, it’s World Lemur Day. Here’s a photo of running ring-tailed lemurs (Lemur catta) that I took at the Duke Lemur Center in 2006. One has a cute baby. 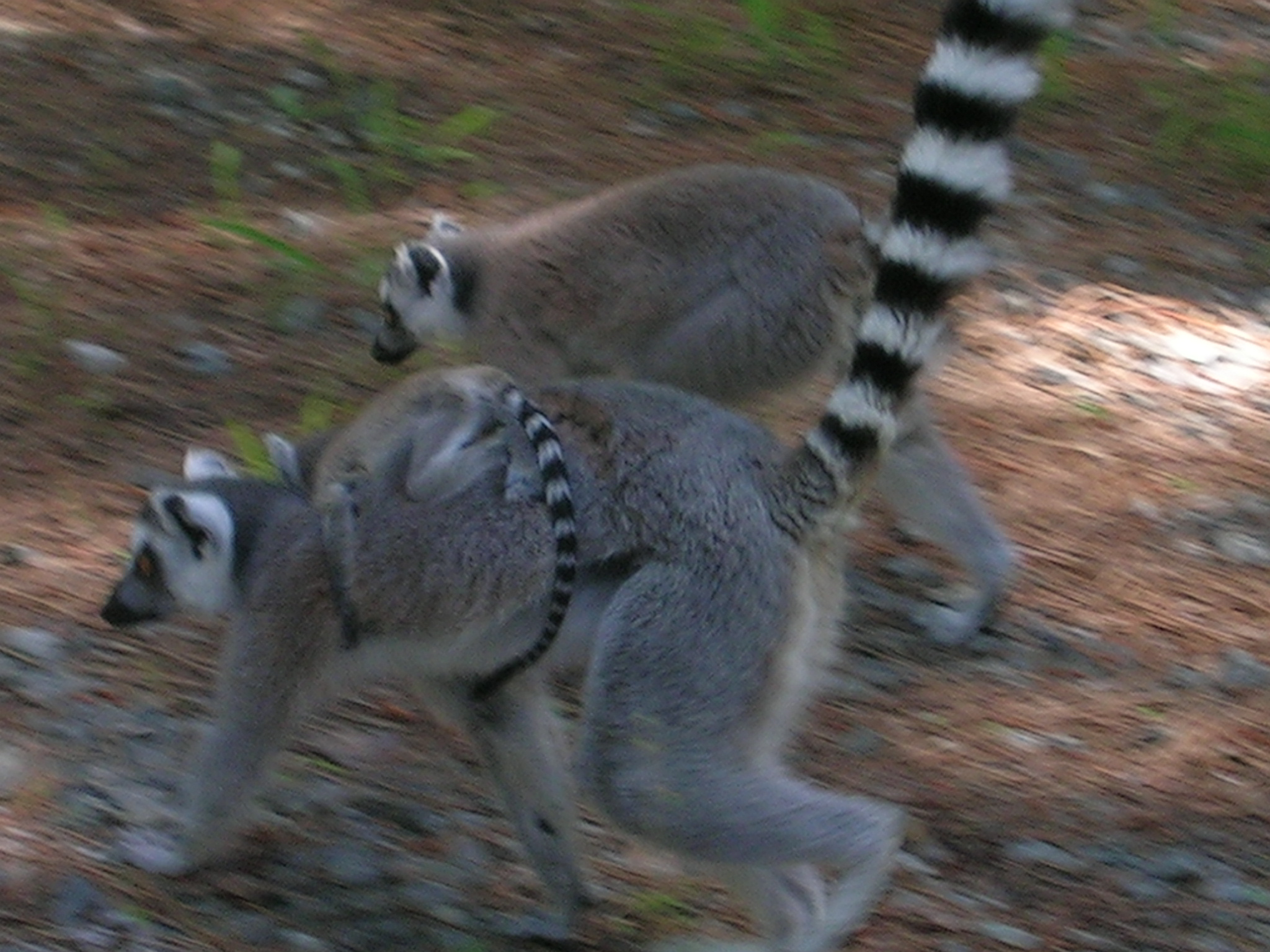 And here are Coquerel’s Sifakas (Propithecus coquereli), which can run sideways by hopping bipedally as well as having tremendous abilities to leap from tree to tree. 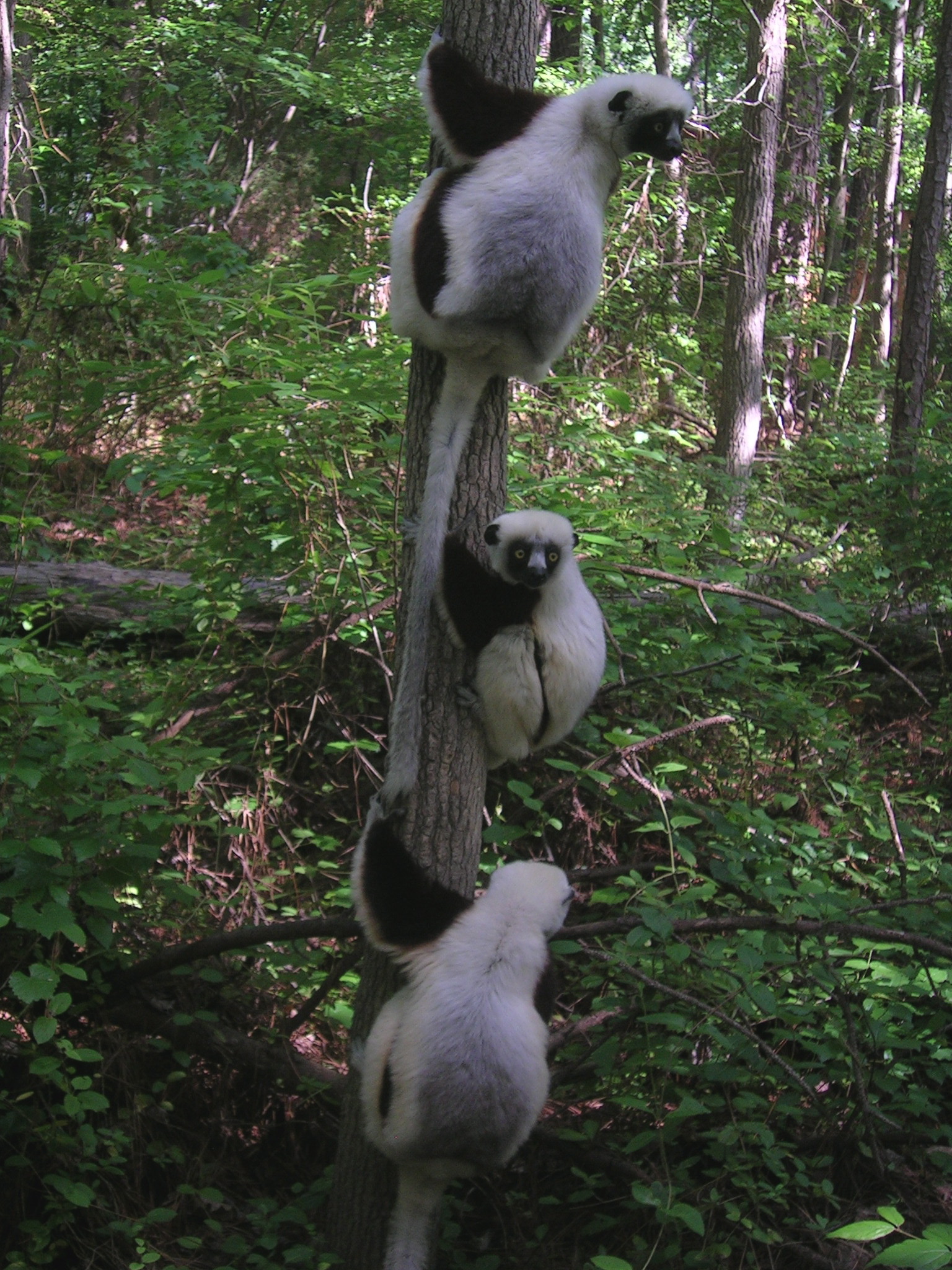 Today’s Google Doodle is an animated game with a Halloween theme. Click on the screenshot to begin; this page explains the creation of the game and how to play it.

Former Labour leader Jeremy Corbyn has been suspended from his party, not for the anti-Semitism that was rife when he was in charge, or his failure to discourage it, but for reacting to a report. Yesterday Britains Equality and Human Rights Commission issued a report indicting Labour for failing to deal with anti-Semitism and for harassing those who tried to report it. Corbyn responded by pushing back, saying “One antisemite is one too many, but the scale of the problem was also dramatically overstated for political reasons by our opponents inside and outside the party, as well as by much of the media.”  And that statement did him in. Now he’s an ex-Labour leader, singing with the Choir Invisible.

A recent attempt using the CRISPR method to fix human embryos carrying a mutation that caused blindness failed miserably. The editing process resulted in the loss of entire chromosomes, and an embryo like that is doomed. This may be a serious setback for attempts to fix genetic diseases using CRISPR editing. (Remember that Doudna and Charpentier received the Nobel Prize this year for the method.)

Until now, Illinois has been one of the better states in terms of “flattening the curve”. But our halcyon days are over: yesterday we recorded the highest number of new cases since the Covid pandemic began: 6,363 new cases and 56 deaths.

The country as a whole set a new record, too, with over 86,600 cases reported yesterday. Since there are 86,400 seconds in a day, that’s more than one new case per second.

My father, who was 20 when this was broadcast, well remembered the pandemonium it created when many people thought that Martians had invaded. Here’s a recording of the entire broadcast:

Here’s Jackie Robinson signing his contract beside Branch Rickey, one of the Dodgers owners: 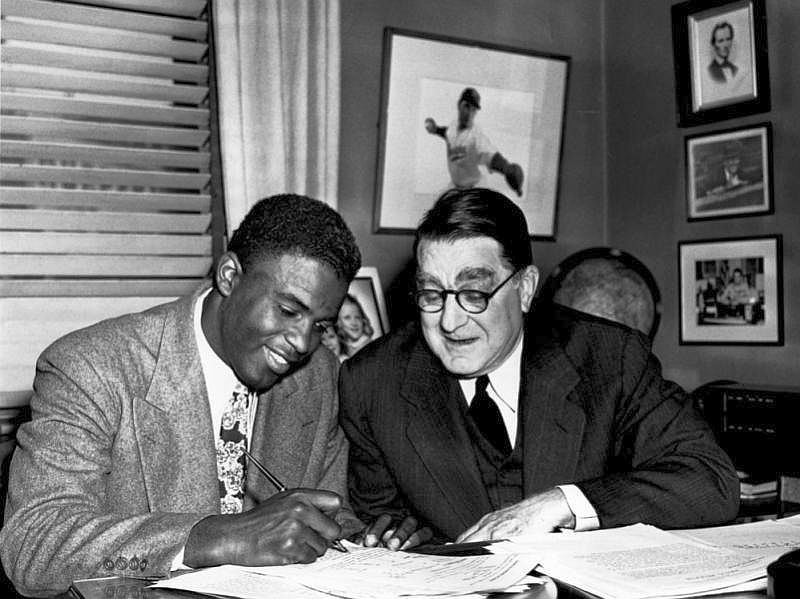 I posted recently declassified footage of the Tsar Bomba recently; you can see the video here.

Here’s Stalin’s grave (his body used to be on display) next to that of Mikhail Suslov: 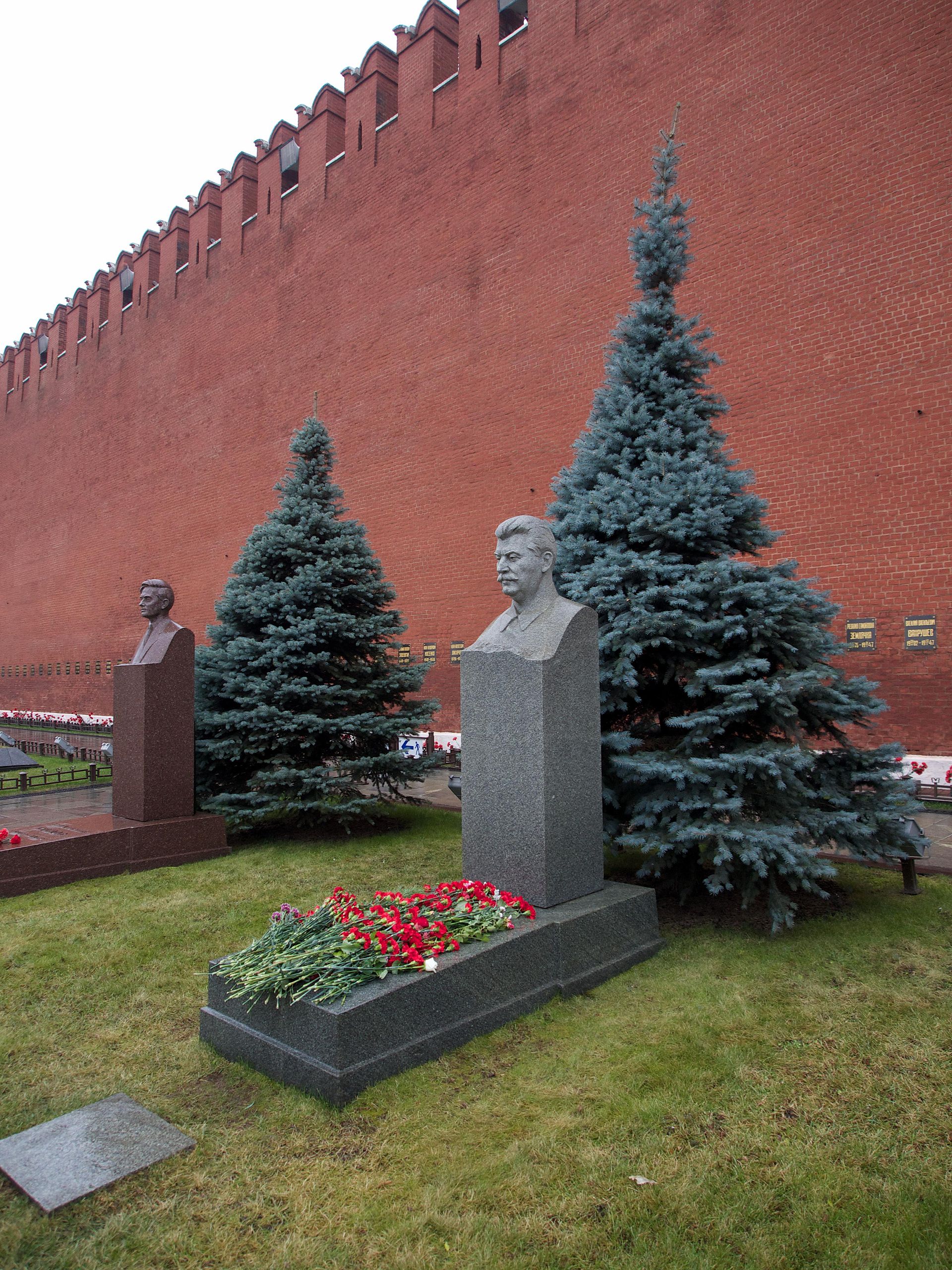 Canadian readers: is there any chance that a. the vote will be taken again someday, and, b. if it is, would Quebec secede? 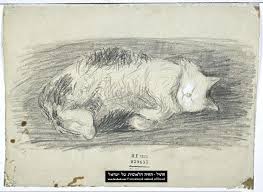 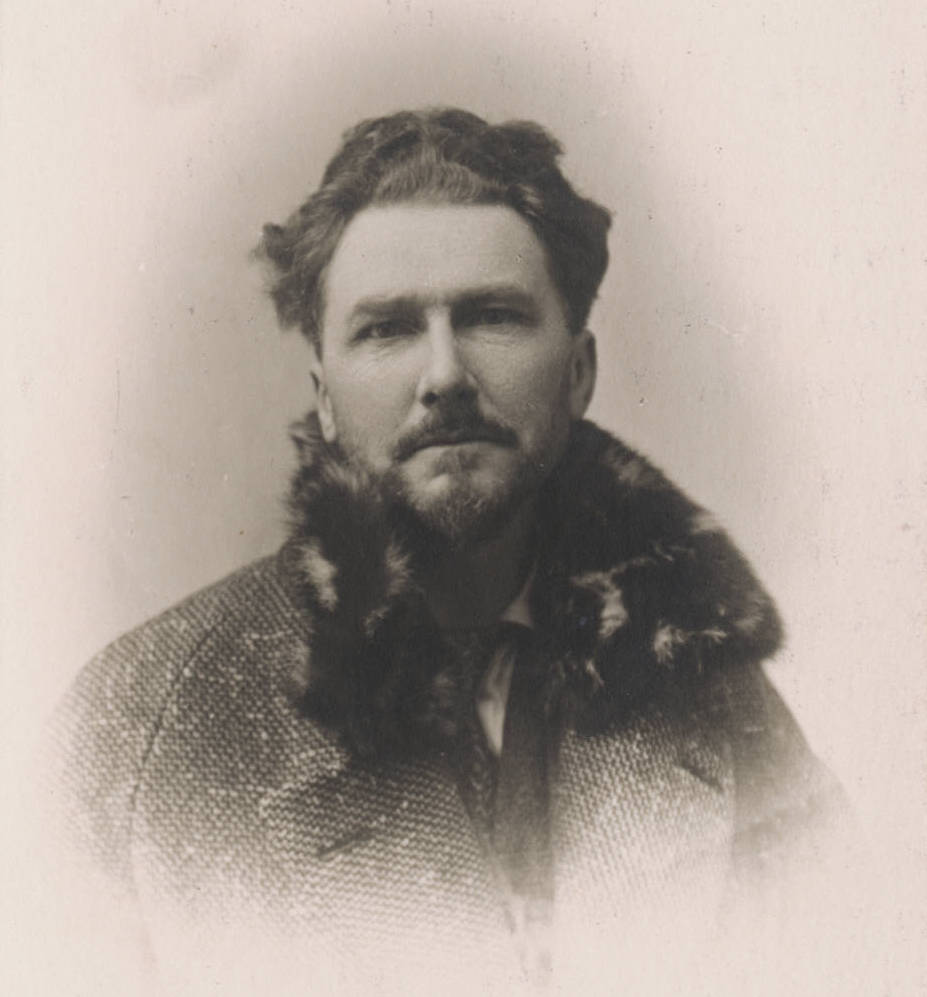 Hard to believe that Slick is 81 today. Here’s a photo: 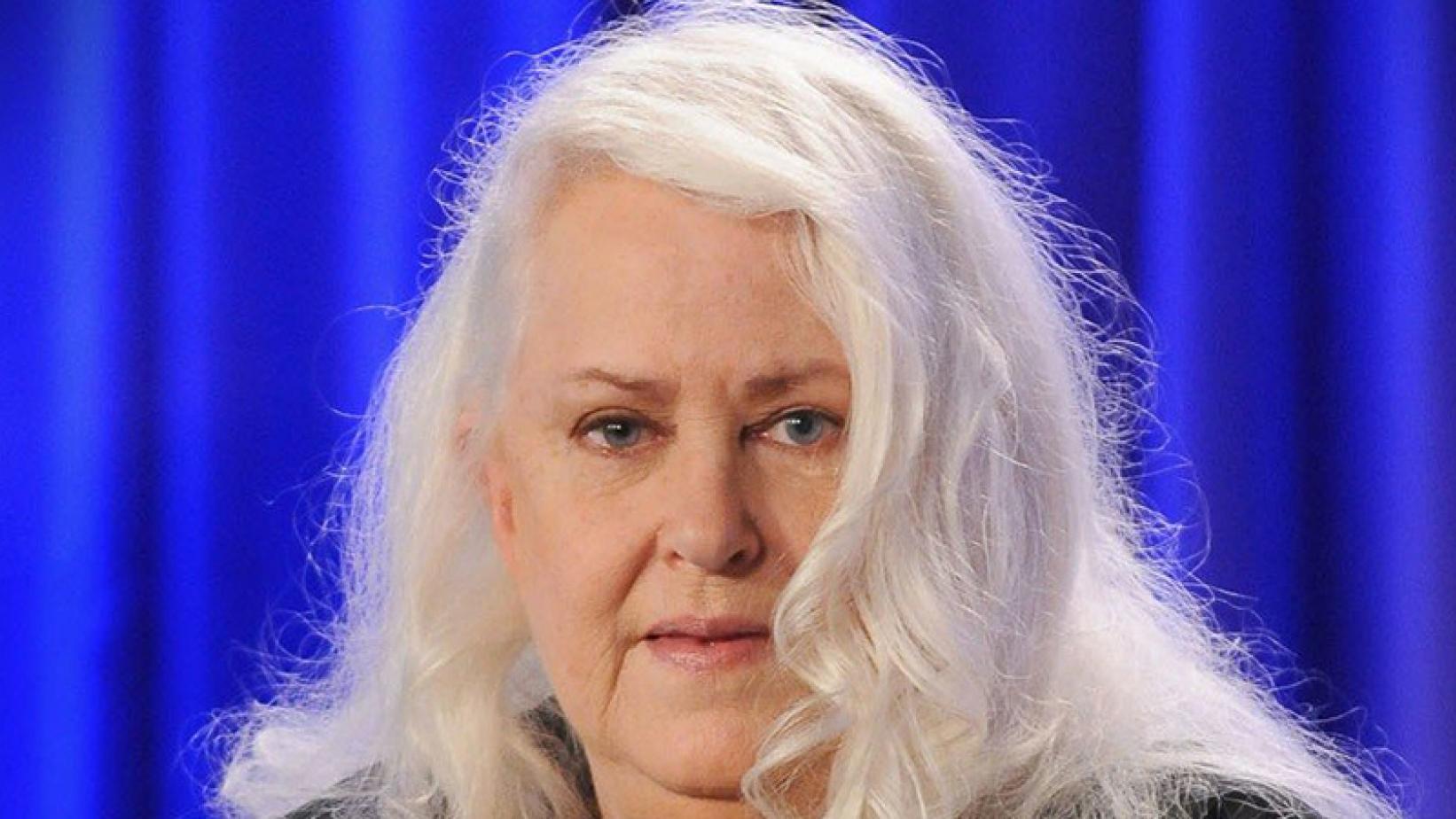 Those who up and died on October 30 include:

Washoe, who learned about 350 signs for words, nevertheless couldn’t use language in its normal sense. Along with Rin Tin Tin, she’s one of the only two animals I’ve seen in Wikipedia’s obituary page.

Meanwhile in Dobrzyn, Hili’s worried about the content of Listy:

A: We have too few good articles about science.
Hili: You have to encourage scientists to write plain English. 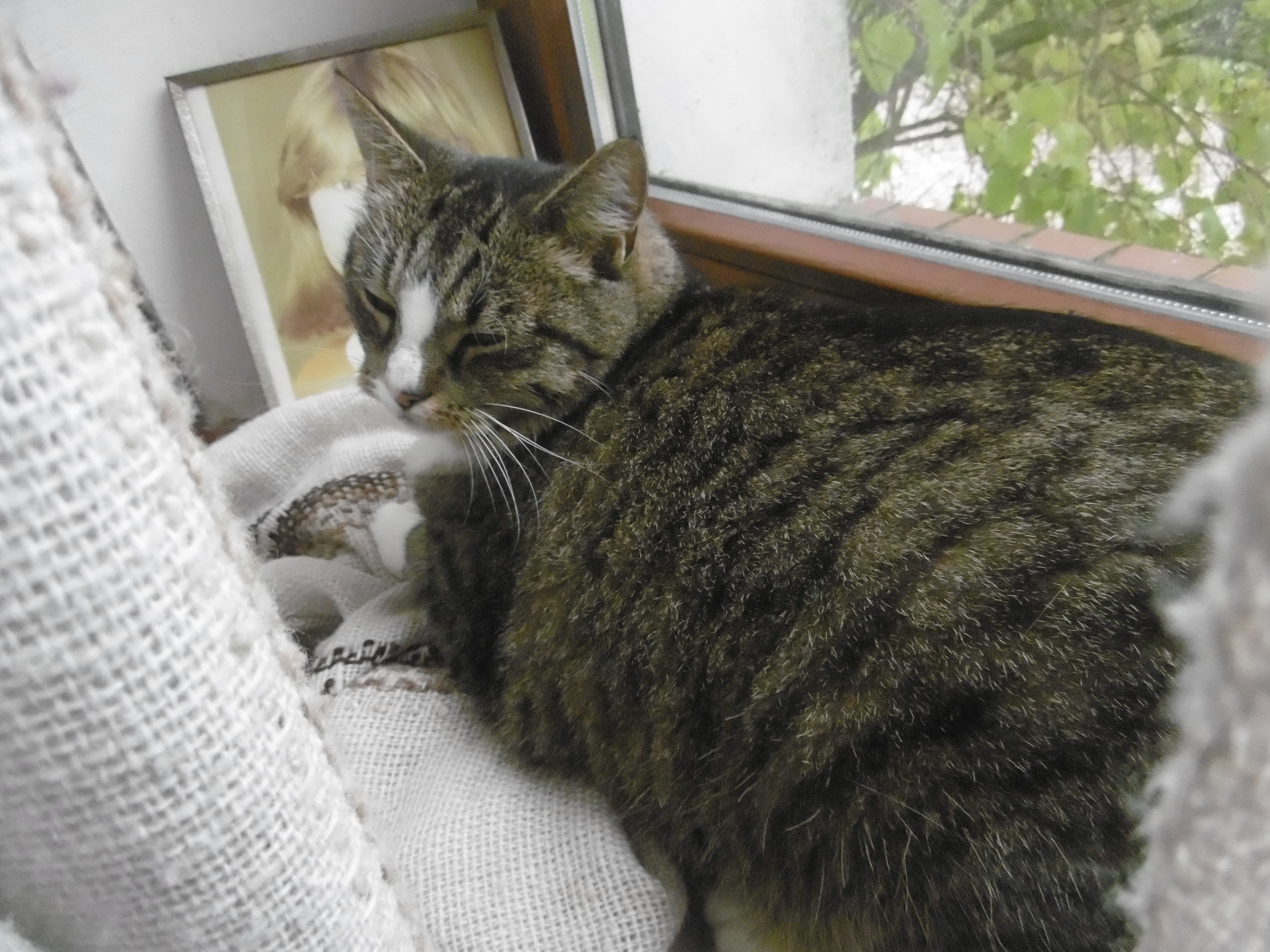 Here are Kulka and Szaron bunking together, as they always do. Look how big the kitten has become! The blanket, though, formerly belonged to Hili. (She has another one.) 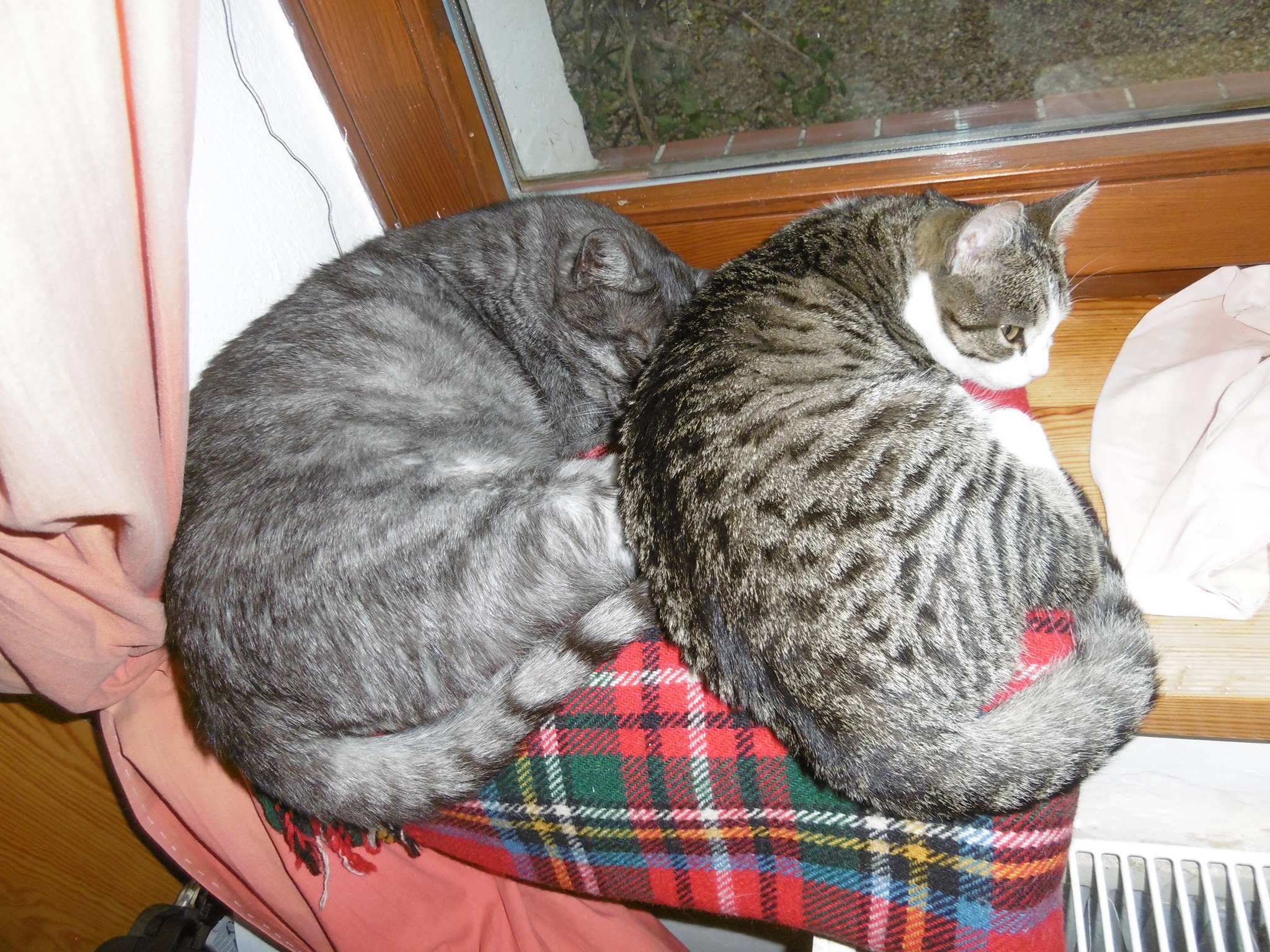 And Kulka playing outside: 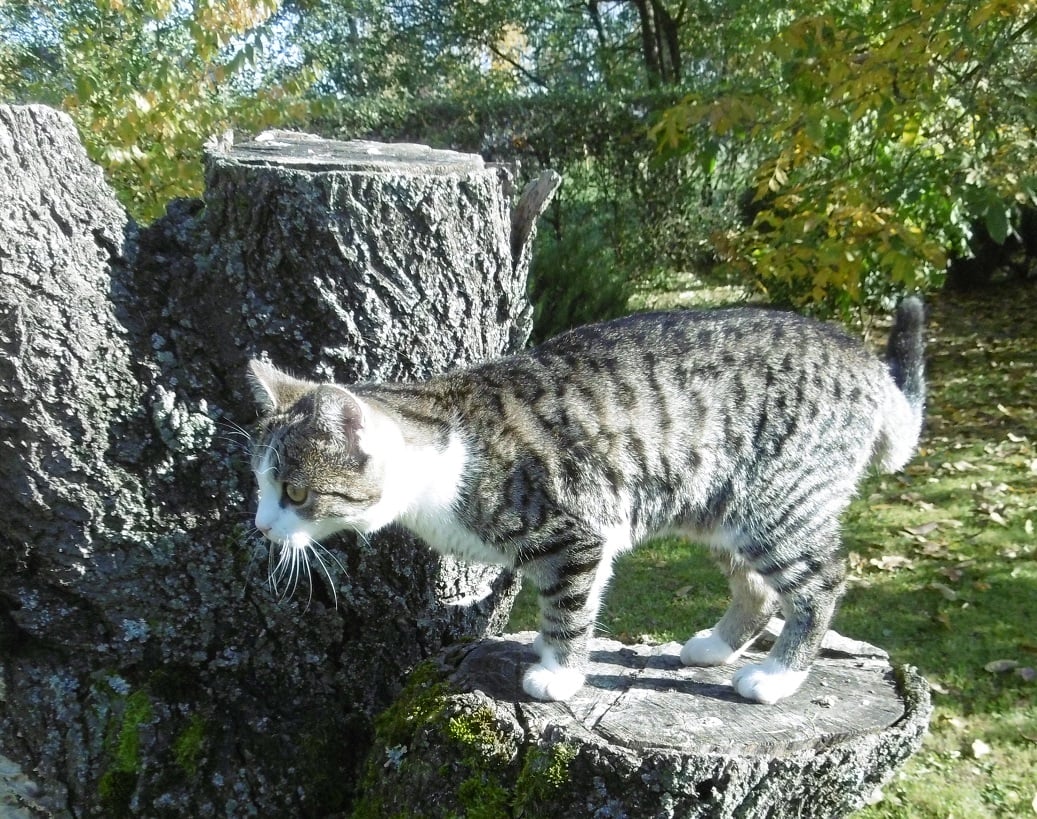 Posted by Diana MacPherson on FB, this is SO true! 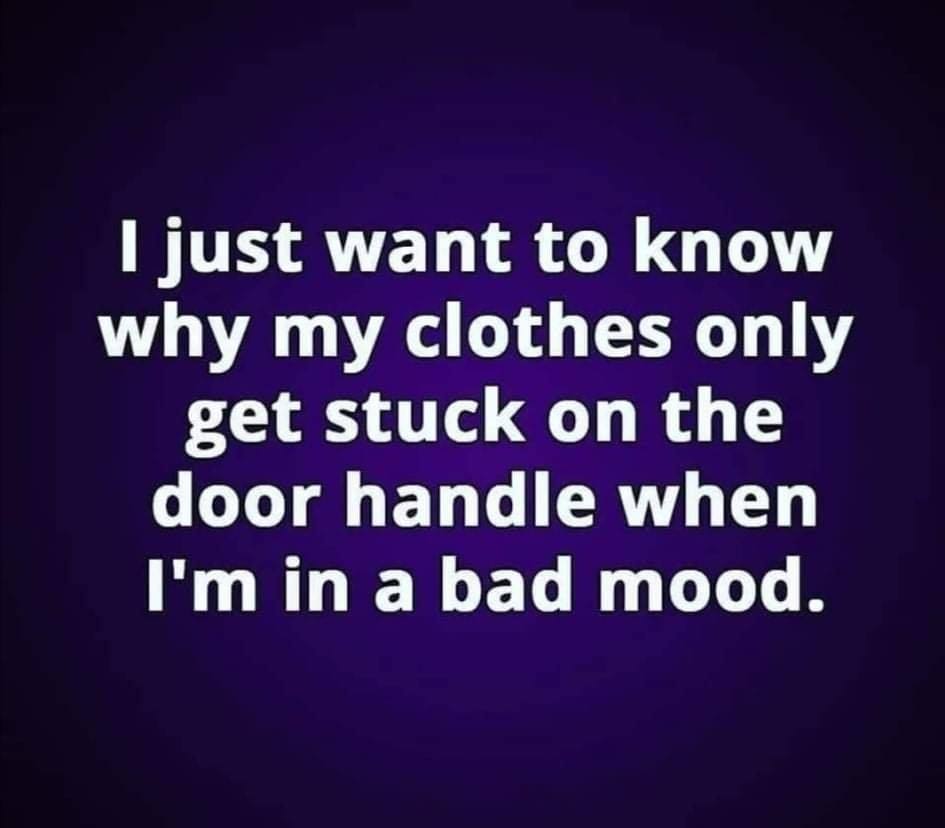 I can’t remember where I got this, but thanks to whoever sent it. This would also hold true for me: 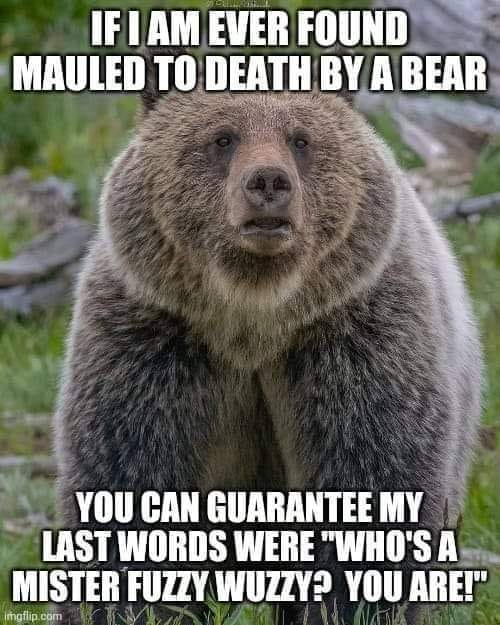 From Bizarro Comics by Dan Piraro: 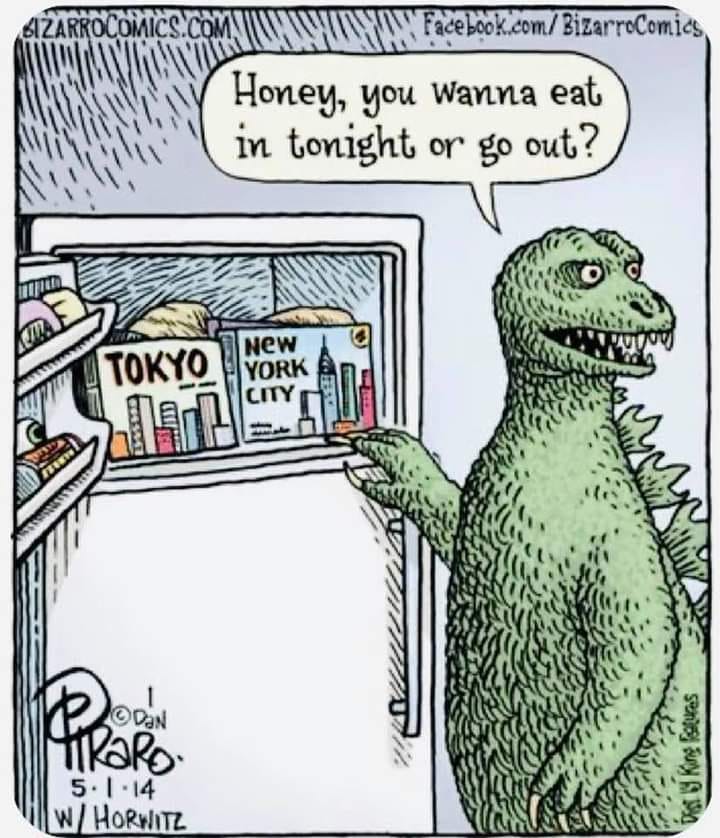 From Titania. I didn’t know who Humza Yousaf was until I looked him up, but now I’m worried about free speech in Scotland. He sounds like a real Pecksniff.

In order to prevent the rise of fascism, the government should bug the homes of all citizens.

Here’s the first of a 15-part tweet that untangles the issue of race, and how different groups don’t have to differ dramatically in gene frequencies to be statistically distinguishable with a very high degree of accuracy. There are lots of linked references in the thread so you can check for yourself:

1. A thread on the relationship between race and genetics. Is race a reliable proxy for genetic diversity? Do racial, ethnic, and/or population groups correspond to identifiable genetic clusters? What does modern genomics research tell us?

From Simon. Crows love to pull tails. And the only possible explanation for this is that they like to mess with mammals for fun:

Tweets from Matthew. The first one is a fascinating but someone gruesome life history.

You can buy and grow these cool plants. (One source, for example, is here.)

This is a resurrection plant, a desert plant that can survive almost complete desiccation. During the dry weather it curls into a tight ball, uncurling when exposed to moisture

Majority of today’s housecats? Even in rare breeds with genes from other species, like Bengal or Savannah cats, the majority of genes come from Felis silvestris lybica.

Felis silvestris lybica is the species of wildcat that the majority of today's housecats have evolved from. Domestication began in Egypt over 9,500 years ago. pic.twitter.com/xFTIchmTk8

Finally, one of the world’s weirdest spiders, in the genus Ariamnes.