The week has flown by, and this week it’s been cold and wet in Chicago. Today it’s Thursday, October 29, 2020:  National Oatmeal Day, a breakfast of which I’m quite fond, but can’t abide in cookies. It’s also International Internet Day and National Cat Day. The first AMERICAN reader to send me a picture of their cat (it is a “national” day) will have the picture posted right below.

And. . . the winner is John McLoughlin, who was not late:

Probably a bit late, but here is Higgs Boson, the God Particle, so named for his appearance in our lives on the day of the announcement of the CERN discovery of the eponymous Particle.  Generally known as simply the Particle, he is distinguished by his hatred of “fidget widgets” and other small mechanical toys, which Must Be Destroyed. 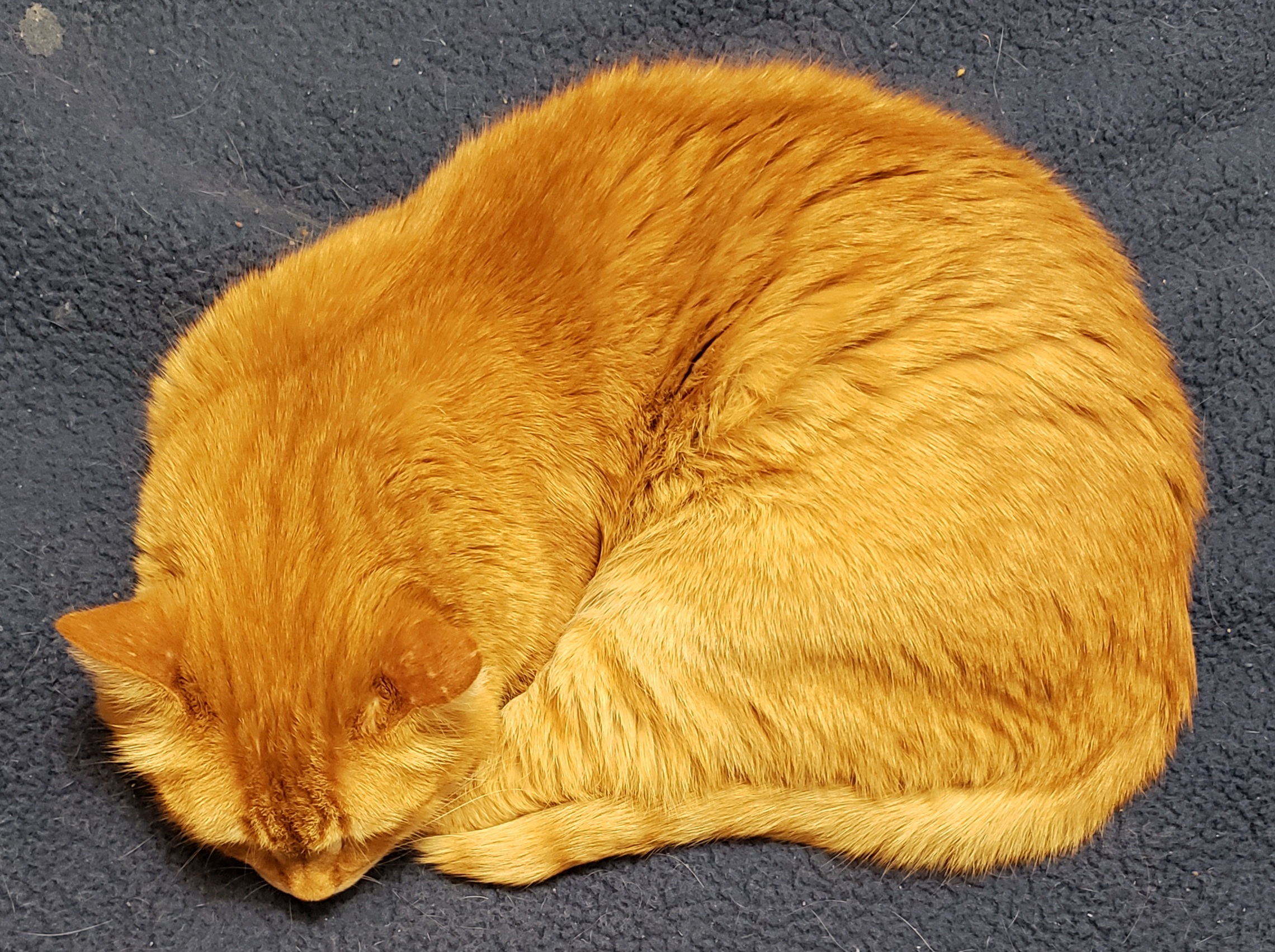 News of the Day: Only five more days until I get sliced like a lox.

Jeannie Suk Gersen, a professor at Harvard Law School who writes for The New Yorker, has a new article on the Supreme Court that’s both free and worth your time, “What the Democrats achieve by threatening the pack the Supreme Court“.  What’s to gain is the hope for court reform in the face of a threat (term limits, etc.), and for Justices becoming less partisan in the face of a move that would nakedly reveal the partisanship of the court. A quote:

If Democrats were to increase the number of Justices at this politically polarized moment, in reaction to the highly contentious and partisan events that brought us the past three Court appointments, it would not merely dilute the power of the current conservative bloc. It would also constitute such a frank acknowledgement of partisanship as the main determinant of the Court’s decisions that even the tiniest fig leaf protecting the Court’s remaining aura of impartiality would be ripped away. Whether liberal or conservative, Justices have an institutional and personal interest in keeping that fig leaf.

Speaking of the Supreme Court, it just voted 4-4 to allow Pennsylvania  (and 5-3 for North Carolina) to receive and count mail-in ballots from 3-5 days after election day. The tie vote means that the State Supreme Court ruling stands. Had ACB been there to vote, it would have gone the other way for sure, but she didn’t have time to study the issue and so did not vote.

From Matthew: Doorkins Magnificat, the resident moggy of Southwark Cathedral for 12 years, and much beloved (she even met the Queen), was laid to rest on Thursday after a thanksgiving service for her. The Bishop of Burnley objective that feting a cat was “insensitive”, but he’s a boor.  A quote:

[When she got ill], Paul Timms, the head verger, took her home to care for her. Following a stroke, she died in his arms on 30 September.

Nunn, who confessed he was “not a cat person usually”, said Doorkins had been “a godsend”. He added: “She did more to bring people to this place than I will ever do.” 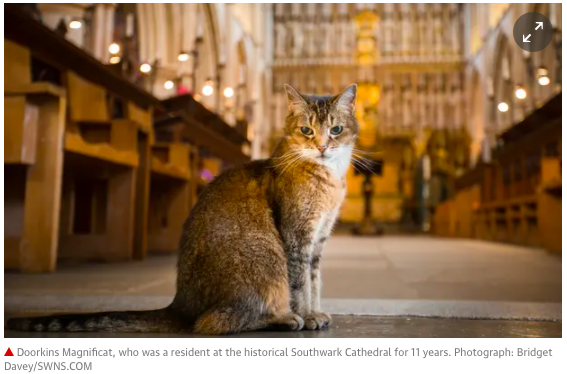 This is one reason I am not enamored of the Washington Post: this front-page article could well have appeared in HuffPost. Look at the word “dragged”—in a supposedly respectable newspaper! And really, this isn’t news—it’s a report on how social media reacted to an incident. Any paper that depends on the reaction of social media for any of its stories is a paper worth avoiding.

A feel-good moment that shouldn’t be missed on the BBC: a former piano teacher with dementia improvises a lovely tune from four notes, and then the BBC Philharmonic Orchestra, without his knowledge, creates a full piece from his piano composition. It’s played back to him, and his reaction is priceless. But by all means do NOT miss the surprise at the end of the video!

Note that the date given below, from Stephen Wolfram’s website, differs from that above. 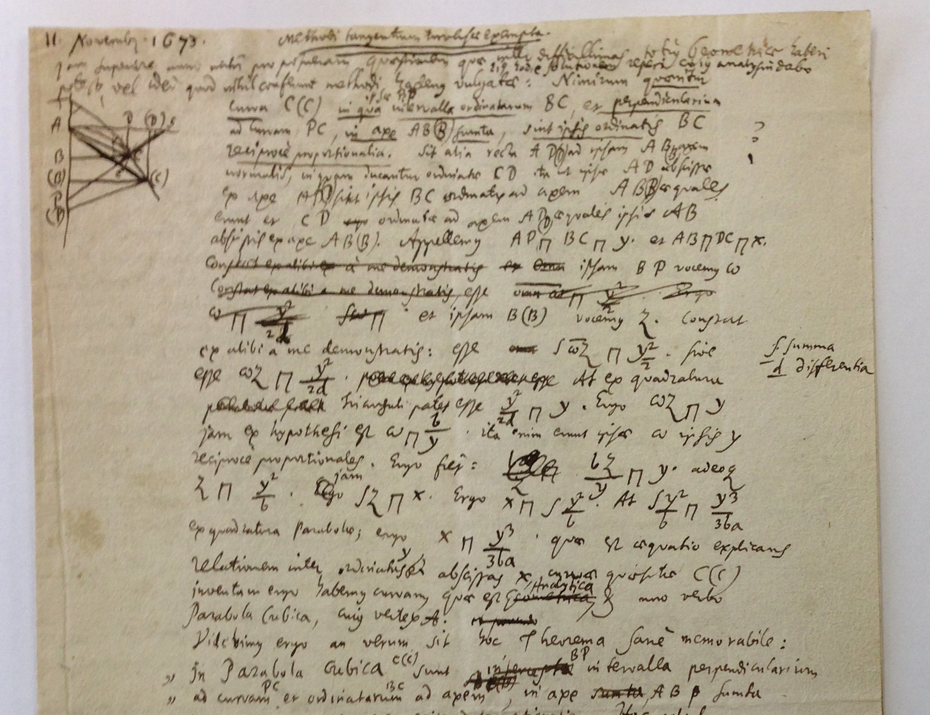 Toppan, a nurse had the twisted ambition “to have killed more people—helpless people—than any other man or woman who ever lived”. She confessed to killing more than 31 people and spent the rest of her life in an insane asylum in Taunton, Massachusetts. Here’s the murderer: 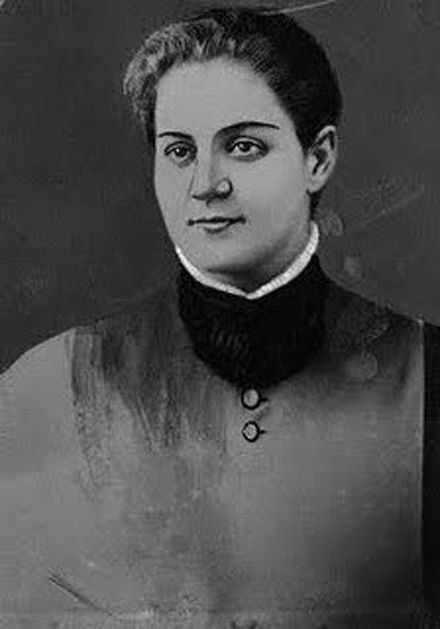 Here’s a brief video of Glenn’s Senior Mission into space. There’s hope for me yet!

Fanny Brice was, of course, played by Barbra Streisand in “Funny Girl”. Here’s Brice in one of her roles, “Baby Snooks”, appearing with Judy Garland:

Goebbels was a scary man. Here’s a segment of his famous “total war” speech delivered at Berlin’s Sportpalast on February 18, 1943, calling not just for “total war” but also for the extermination of the Jews.

Those who ceased to live on October 29 include:

Here’s a rare video of Duane Allman performing with the band, in this case “Whipping Post” at the Fillmore East (September 23, 1970, a bit more than a year before he ate a peach):

Meanwhile in Dobrzyn, Hili continues her dislike of Szaron. Poor Szaron—he only wants to be friends!

A: What are you hunting?
Hili: Szaron. 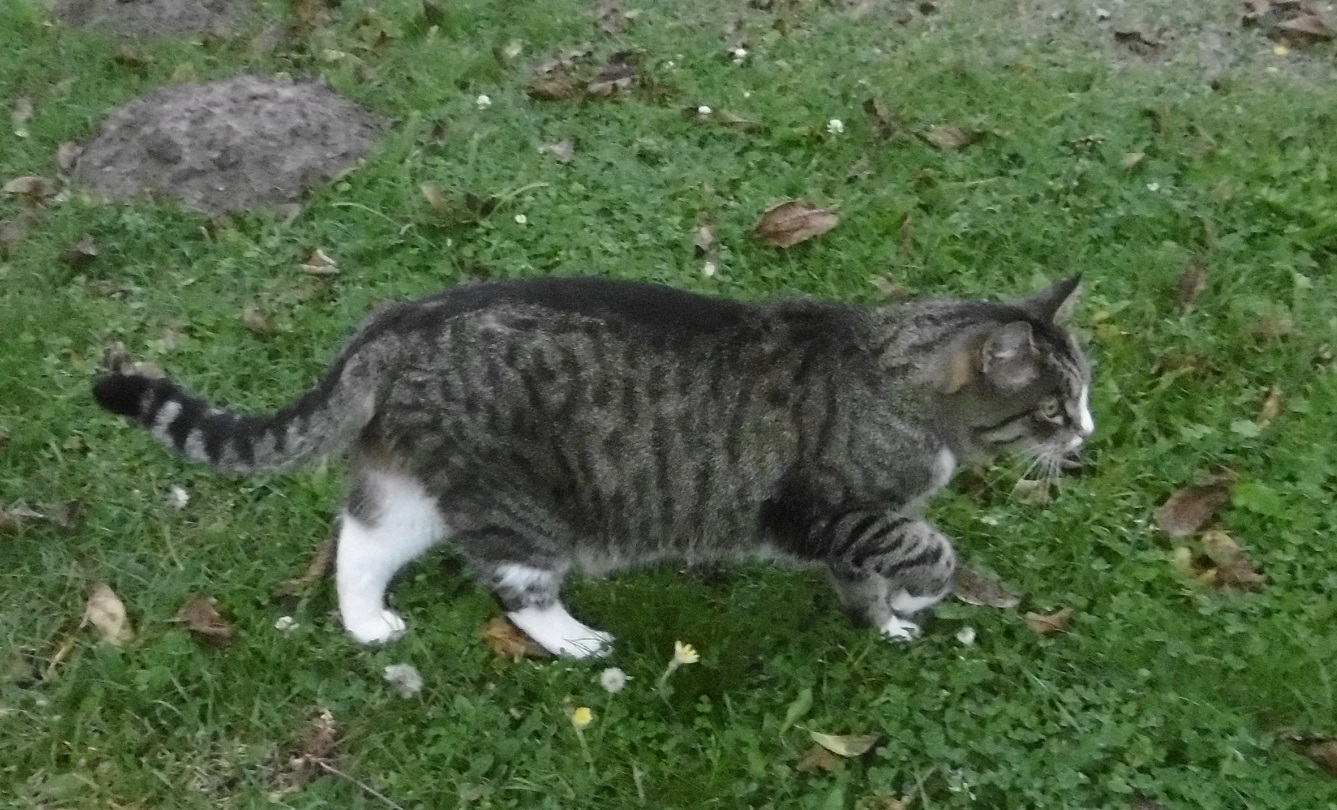 Here’s a still life of baby Kulka with an apple. She looks a lot like Hili, and, coming from the same tiny town, they may be related: 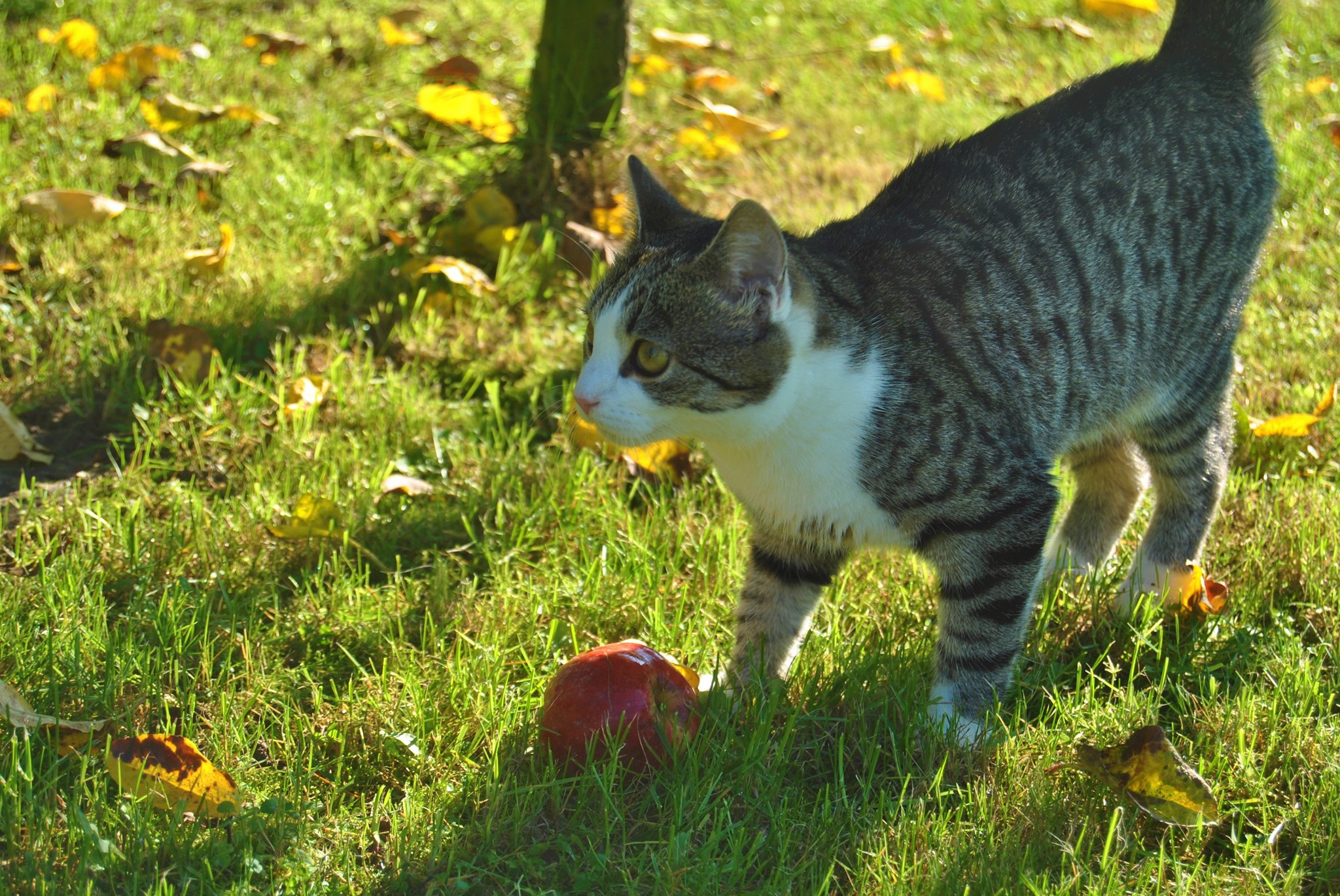 A meme from Nicole (a cartoon by Mike Lukovich, who has two Pulitzer Prizes): 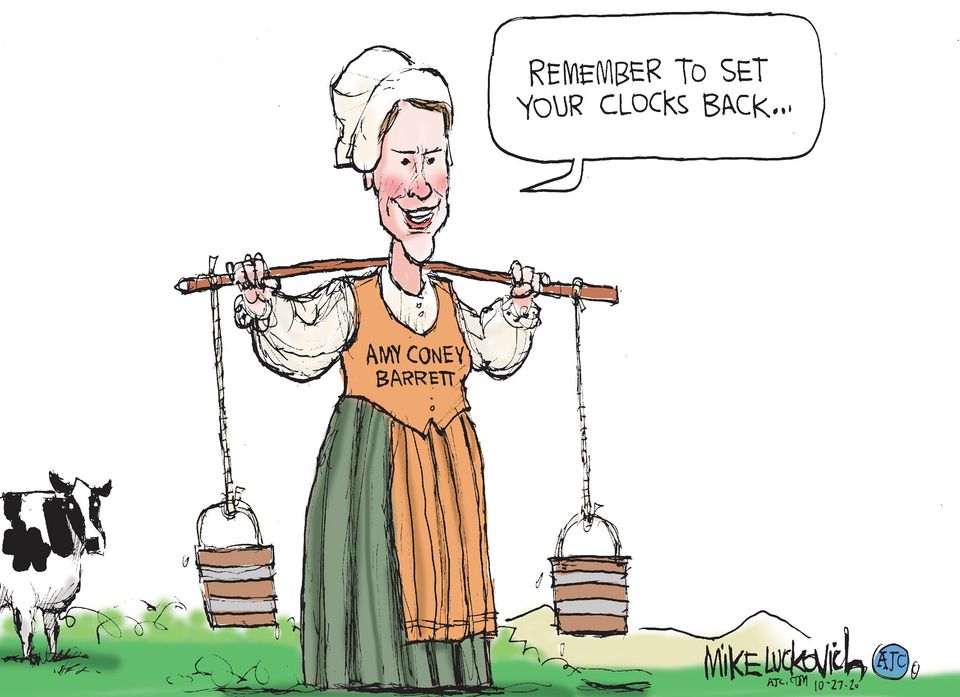 A musical meme from reader Bruce: 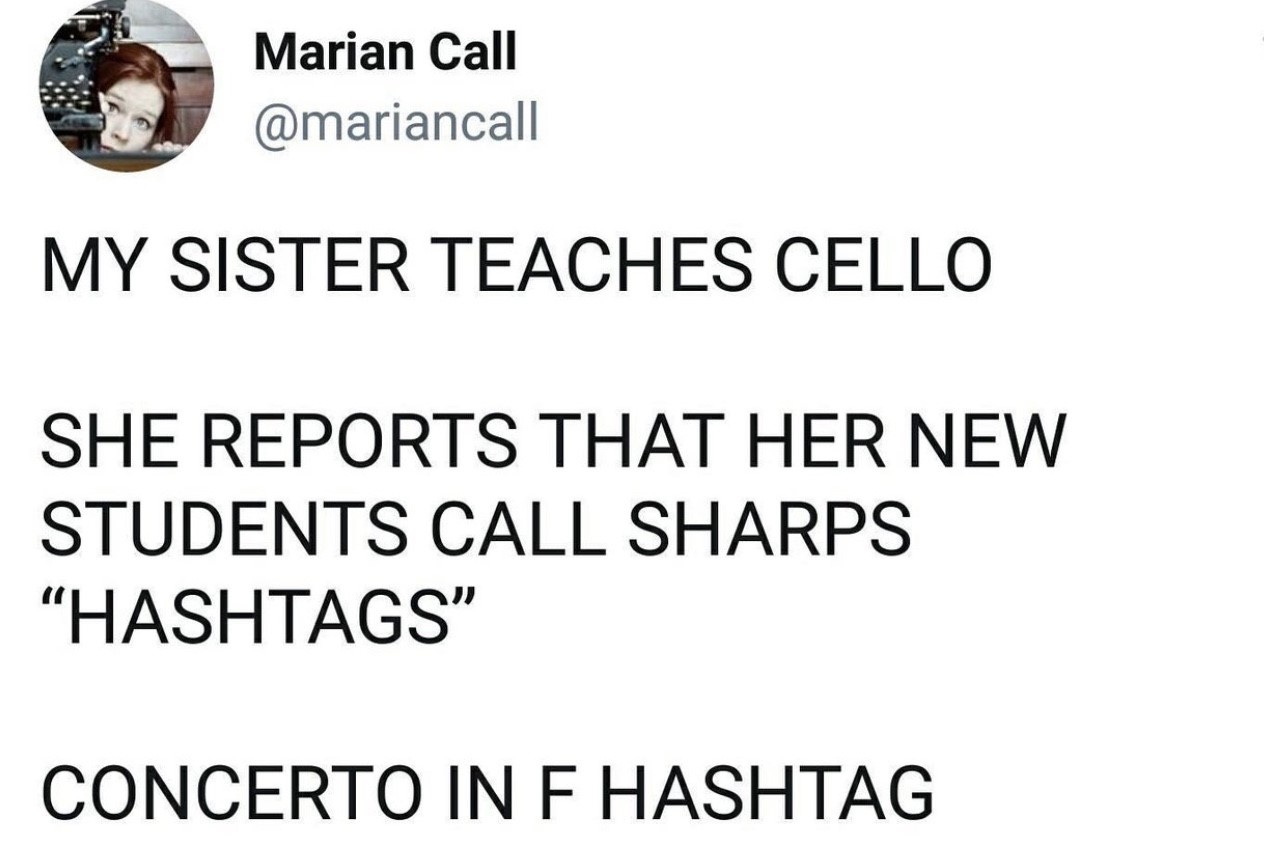 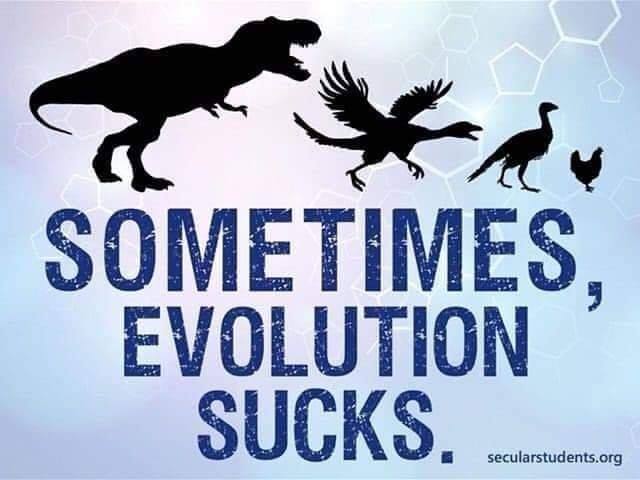 Here’s the scene of Trump stalking off of his interview with CBS’s Leslie Stahl, who is clearly trying to be professional but polite.

I don’t understand how anyone can watch this and draw any conclusion other than Trump is completely unfit for his job pic.twitter.com/DA87zGehXI

From Simon; not a pleasant sight but an amazing one:

And the dove came in to him in the evening; and, lo, in her mouth was an olive leaf pluckt off: so Noah knew that the waters were abated from off the earth. And he stayed yet other seven days; and sent forth the dove; which returned not again unto him any more. https://t.co/w9wMzaLPVC

Tweets from Matthew. This is the world’s neediest cat, but she’s still adorable:

Matthew is puzzled about what this orchid was mimicking (if that’s what it’s doing), and so am I. The paper describing it is here. Any guesses?

Amazing. This looks like it is mimicking something but what exactly? A mammal? Buzatto et al (2014) Phytotaxa 158:1-22 describe this and related species but say nothing about function. https://t.co/iNsShO8sDT

A highly placed staff extols its cat over a millennium ago:

"When he walks he makes no sound like a black dragon moving on cloud.I received his cat from the previous emperor 5 years ago, I feed him everyday."

I believe these are not fabricated quotes, but real excerpts from Trump’s speech. The Lincoln Project is good at this:

I believe this is a strong Irish accent, but correct me if I’m wrong:

I challenge anyone to have a busier day than this young #Tyrone man. pic.twitter.com/uDgyrX178I