Today we have photos from a regular: Tony Eales of Brisbane. Tony’s notes and IDs are indented, and check out the spider and its egg sac in the fourth photo.

Spring has sprung but life is only slowly struggling out from under winter where I am, as it has remained very dry for a few months now. Even so, the signs are here if you look hard enough.

I hardly ever see these little Theridiids without a clutch of giant eggs. I’m told that these are undescribed but will probably fall in the genus Chrysso. I’ve posted pics of these before but they are a personal fave. 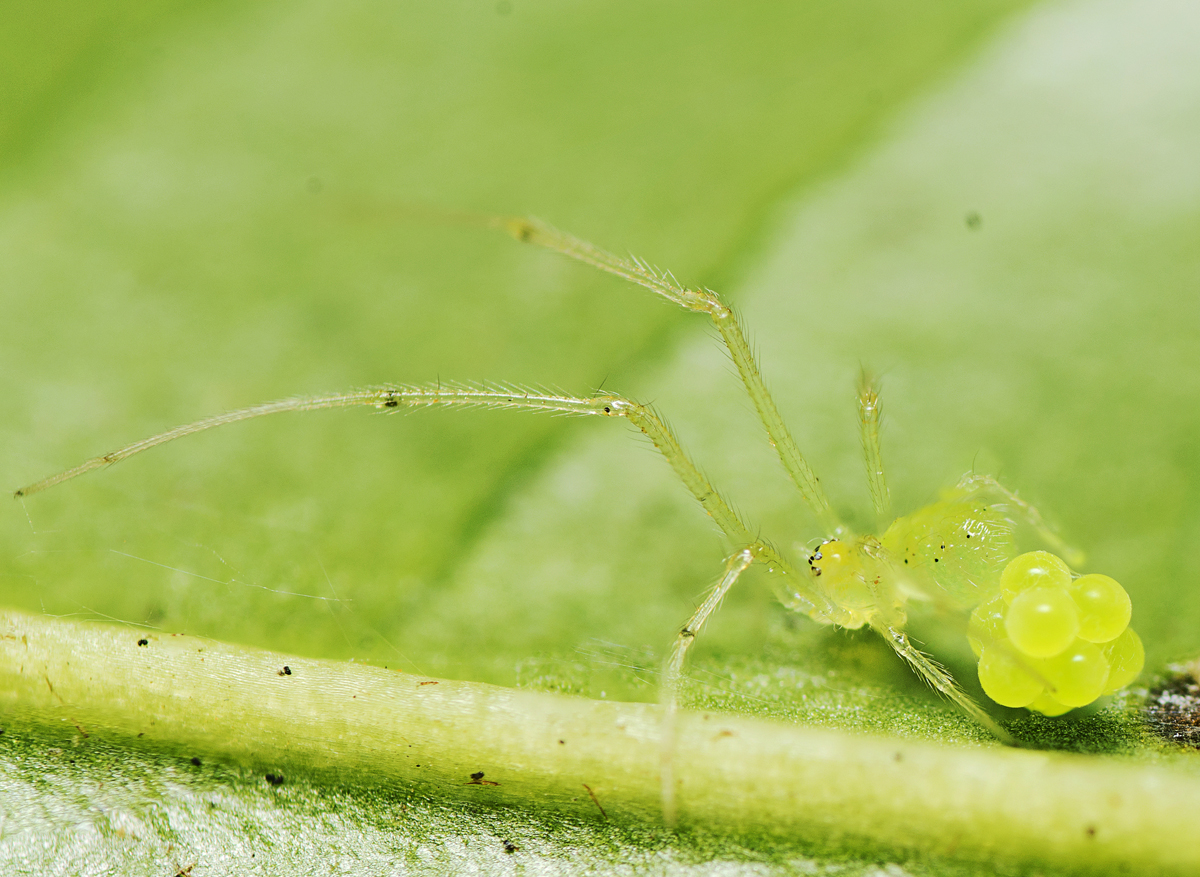 I found my first masked bee of the season and a new one for my life list. A female Hylaeus (Hylaeorhiza) nubilosus. She was warming up on the back wall of my house. 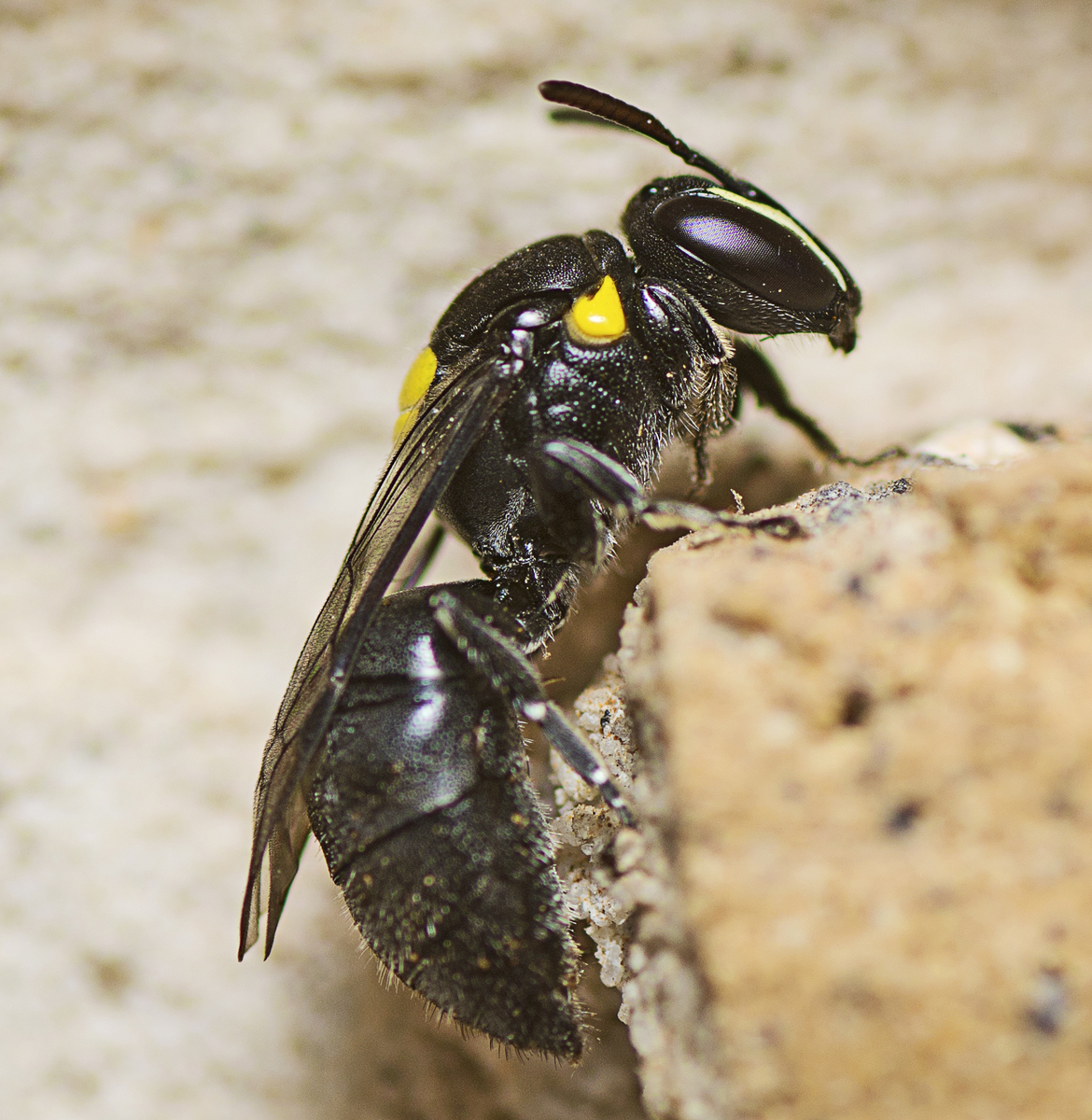 In the local sub-tropical rainforest there was some activity despite the dry conditions. I found these little Lioponera sp. ants moving house. These ants aren’t often seen above ground. They specialise in raiding termites for their larvae and generally stay underground and within logs. 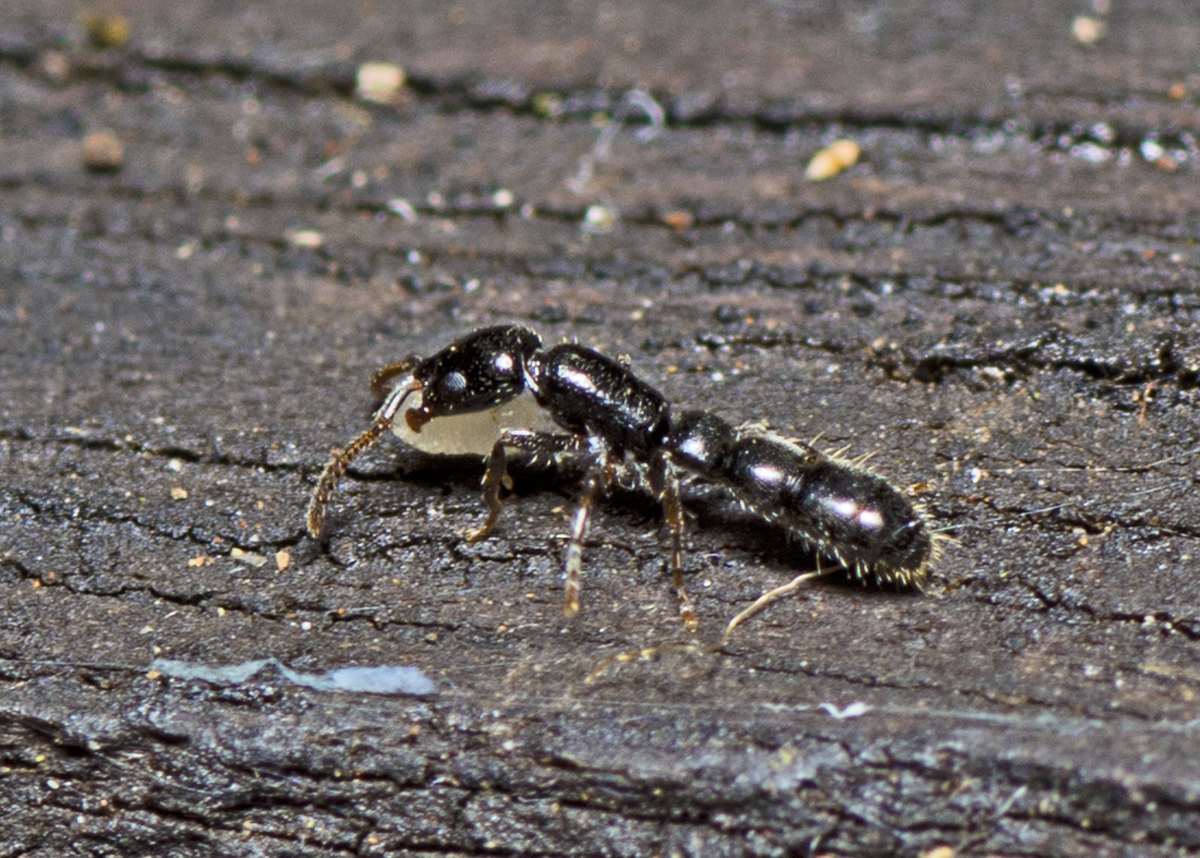 I was stunned by the weird long egg sac of this Miagrammopes sp. These are strange enough spiders already but I’ve never seen an egg sac like this before. 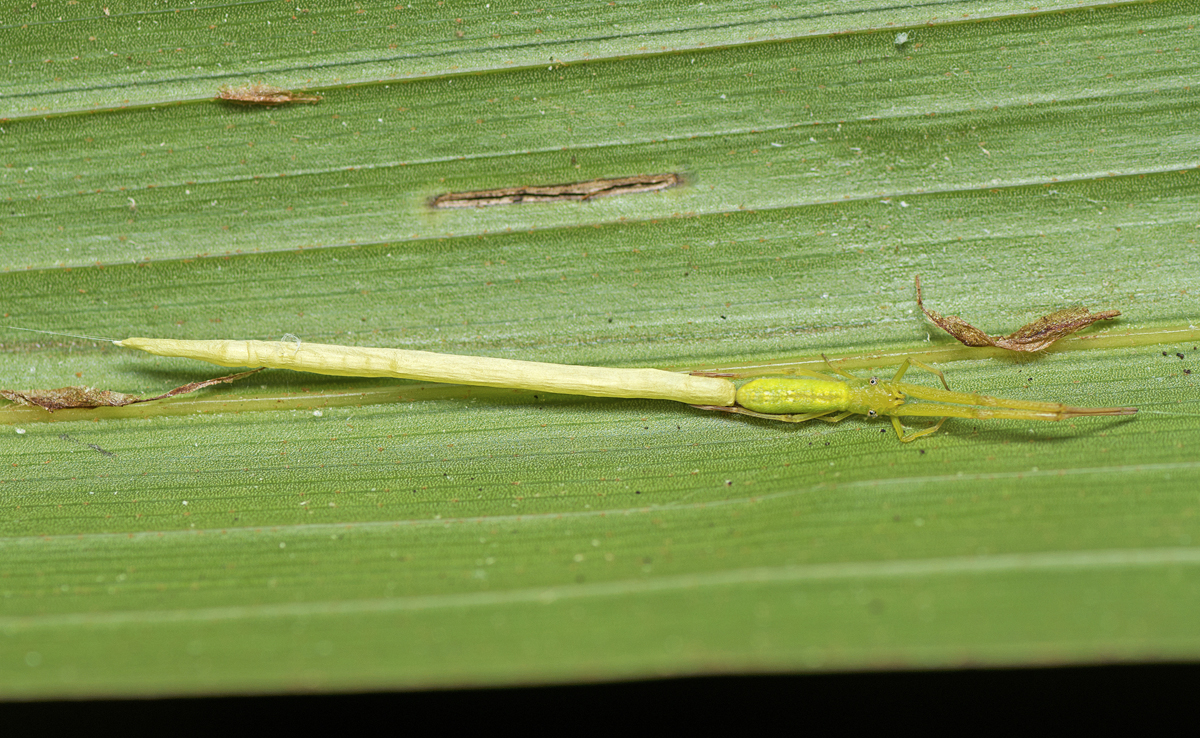 In the same family with a more normal egg sac is this little Philoponella sp. Both these spiders have no venom and don’t have sticky droplets on their web. Spidering on hard mode. 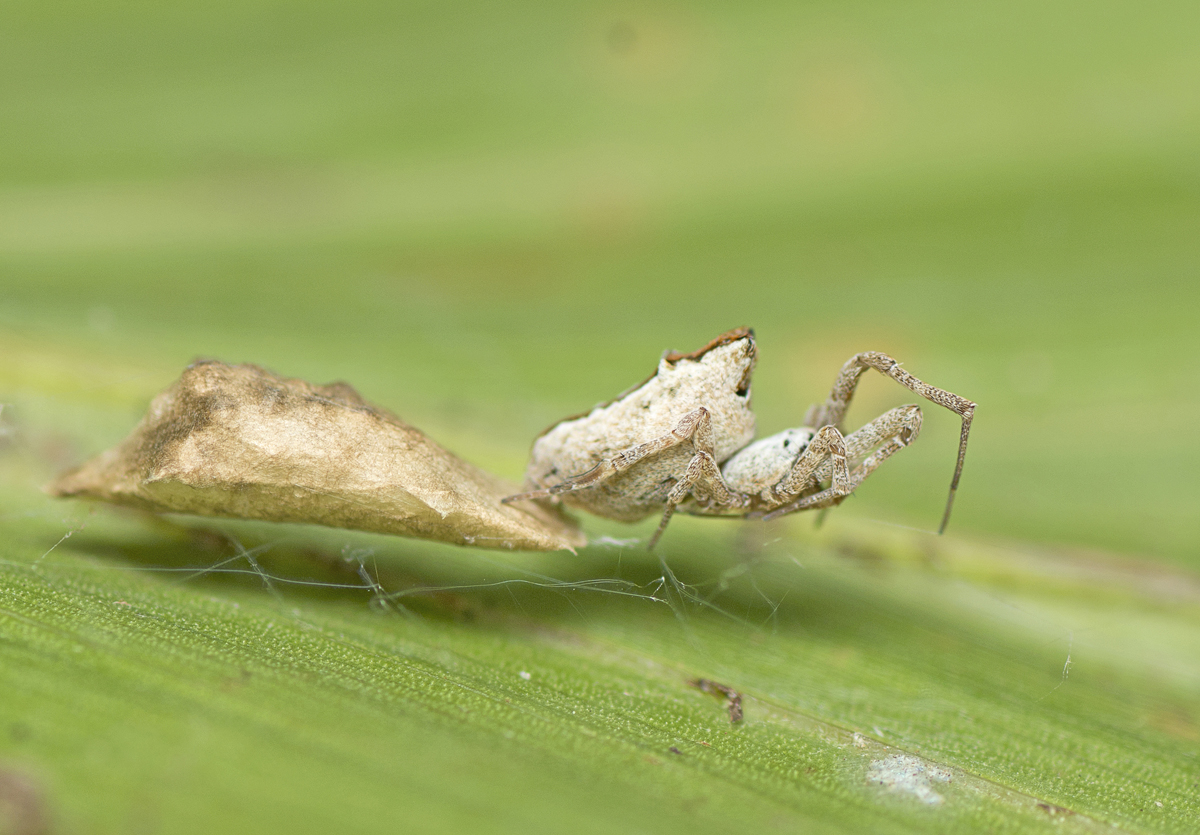 Finally I came across this clump of newly hatched spiderlings. No idea what species they are but a definite sign that spring is here. 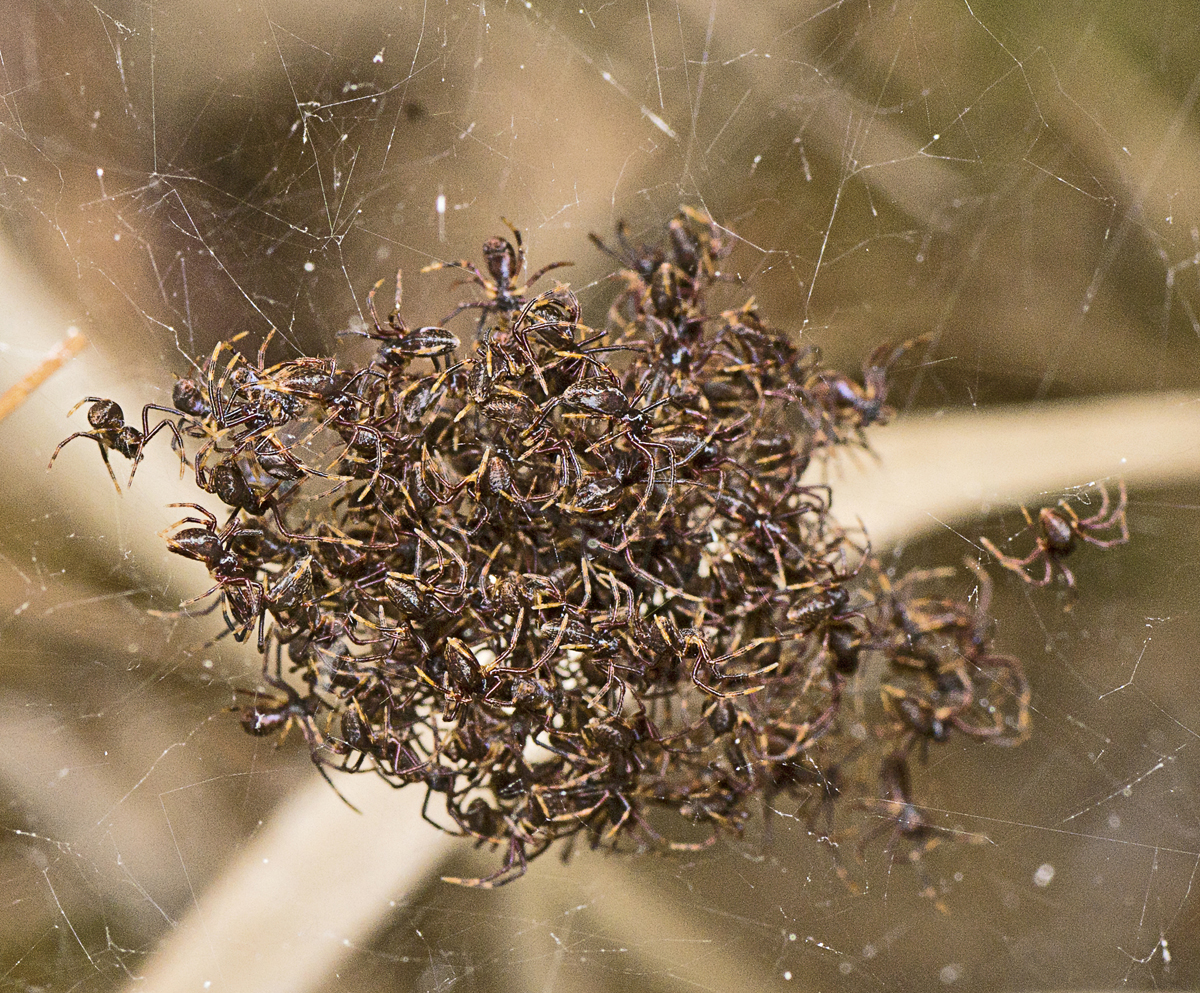