Good Hump Day to you: it’s October 28, 2020: National Chocolate Day. Can you imagine a world without chocolate? And if it didn’t exist, you wouldn’t be able to imagine it. Now think of all the wonderful foods that don’t exist and you can’t imagine. It’s also Wild Foods Day, Plush Animal Lover’s Day (again, the apostrophe suggests just one lover is being feted), International Animation Day (ASIFA), and in Greece, Ohi Day, celebrating the day in 1940 when the Greek Prime Minister replied “όχι ” (“no”) to Mussolini’s demand to enter and occupy Greece).

Six days remain until I get gutted like a sturgeon.

News of the Day: If you’re into baseball (and I’m not much enthused), the Los Angeles Dodgers won the World Series last night, winning their fourth game, 3-1 over the Tampa Bay Rays. (The series ended 4 games to 2.) Given that the season was only 60 games instead of the normal 162, this can hardly be counted as a “regular” Series win.

After Trump walked out of his interview with CBS’s Lesley Stahl, and announced it via Twitter (later posting his own tape of the pre-interview chat, Stahl’s family received death threats. She now has full-time security. Reader Charles, who sent me the link, says “we will see a sharp increase in violence from these nuts after Trump loses.”

The Freedom from Religion Foundation has a full legal report on Amy Coney Barrett. It ain’t pretty, but you knew that.

Speaking of the new Justice, Jennifer Rubin, writing in the Washington Post, proposes a litmus test for whether Barrett is a “political hack”.  That hinges on whether she recuses herself in a possible court re-do of a Pennsylvania case involving the counting of mail-in ballots. If she doesn’t she’s a hack, says Rubin, and adds this:

Should Barrett participate in an election case so obviously fraught with the appearance of conflict and bias, her rulings in other cases will be seen as suspect, and the court’s reputation, which Chief Justice John G. Roberts Jr. has struggled to preserve, will be shattered. The one sure-fire way to fuel talk of expanding the court or stripping its appellate jurisdiction would be for her to participate in the case and rule in favor of Republicans’ vote-suppression agenda. 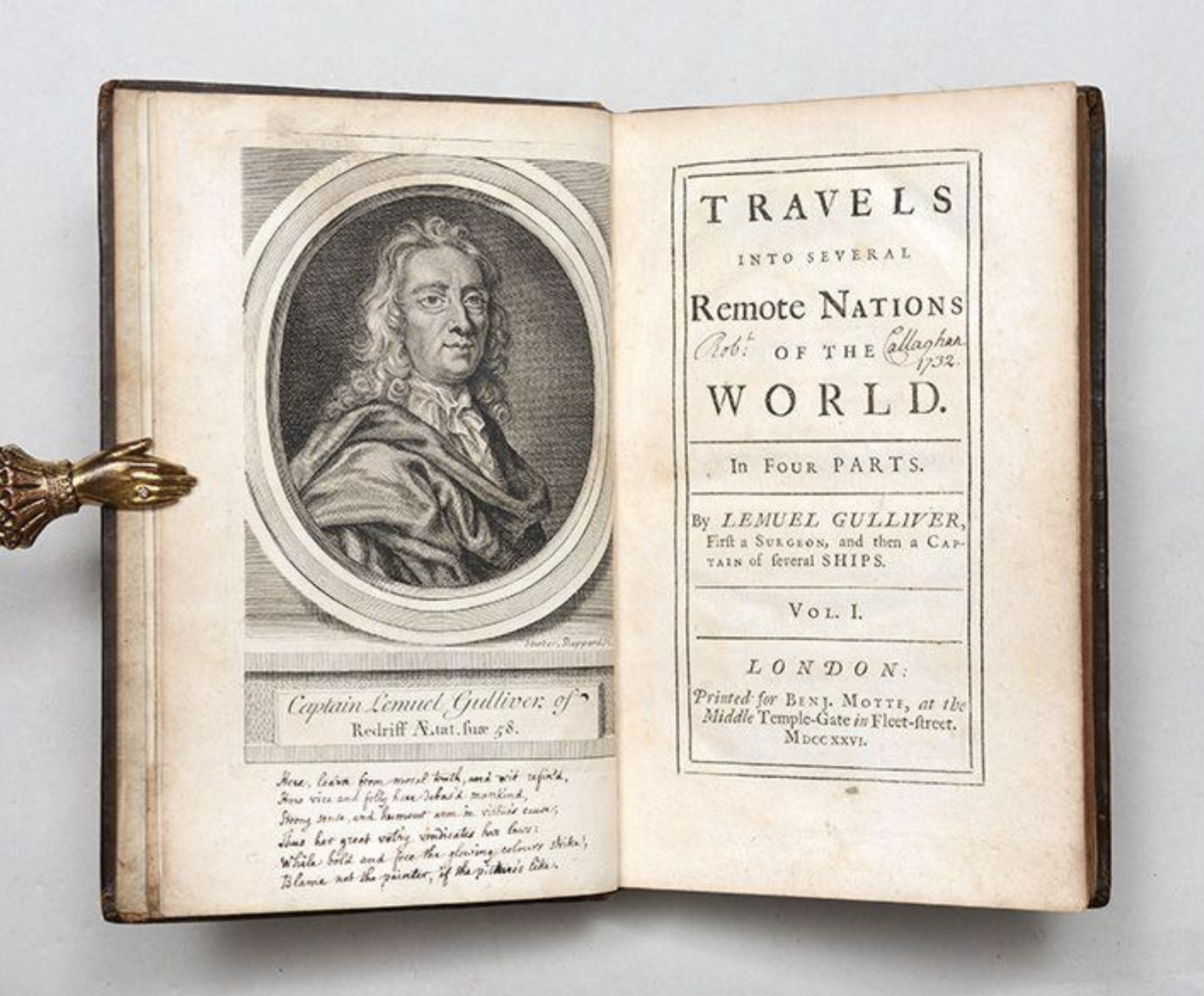 Apparently the dedication was done not at the statue, but from a boat. Both of my maternal grandparents passed that statue on the way to America from Eastern Europe: 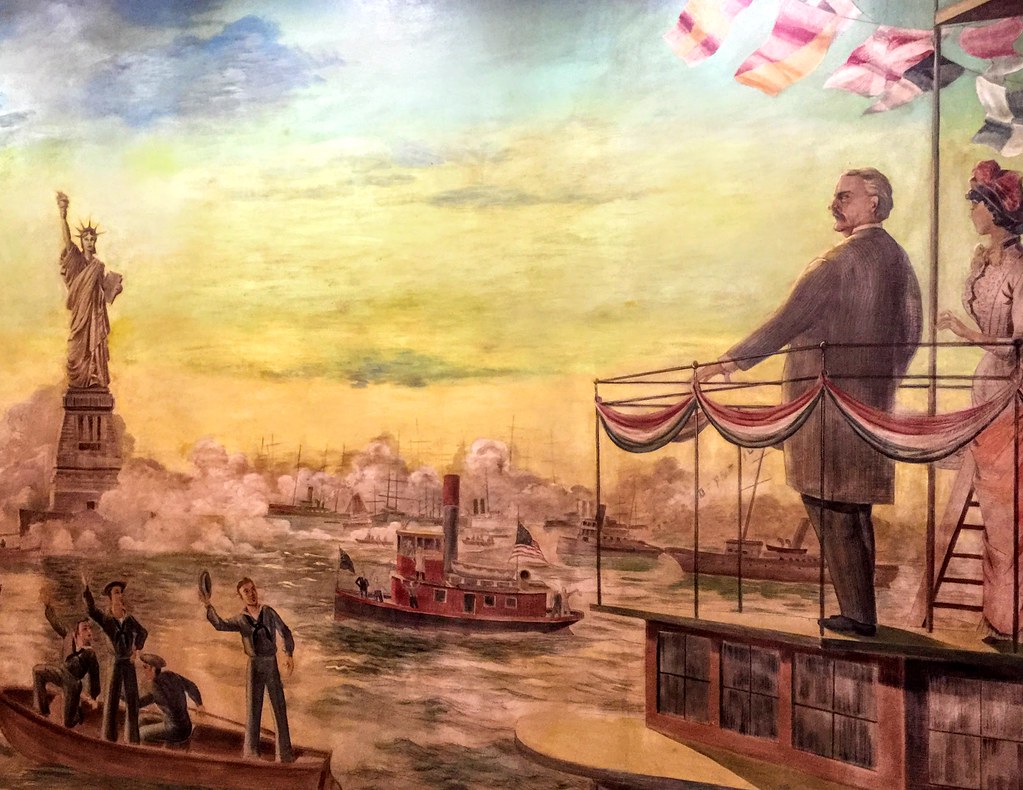 And here’s the plaque honoring its status as a gift from the French people: 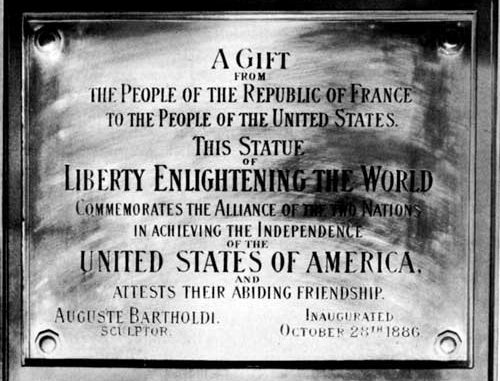 Note that when Edward R. Murrow asked Salk in 1955 who owned the patent on the polio vaccine, Salk responded, “There is no patent. Could you patent the sun?” A lesson for those scientific entrepreneurs who develop a method or technique supported by taxpayer funding (e.g., NIH or NSF), and then patent it, so that Americans who use it have to pay twice. I believe CRISPR is one of the latter examples. 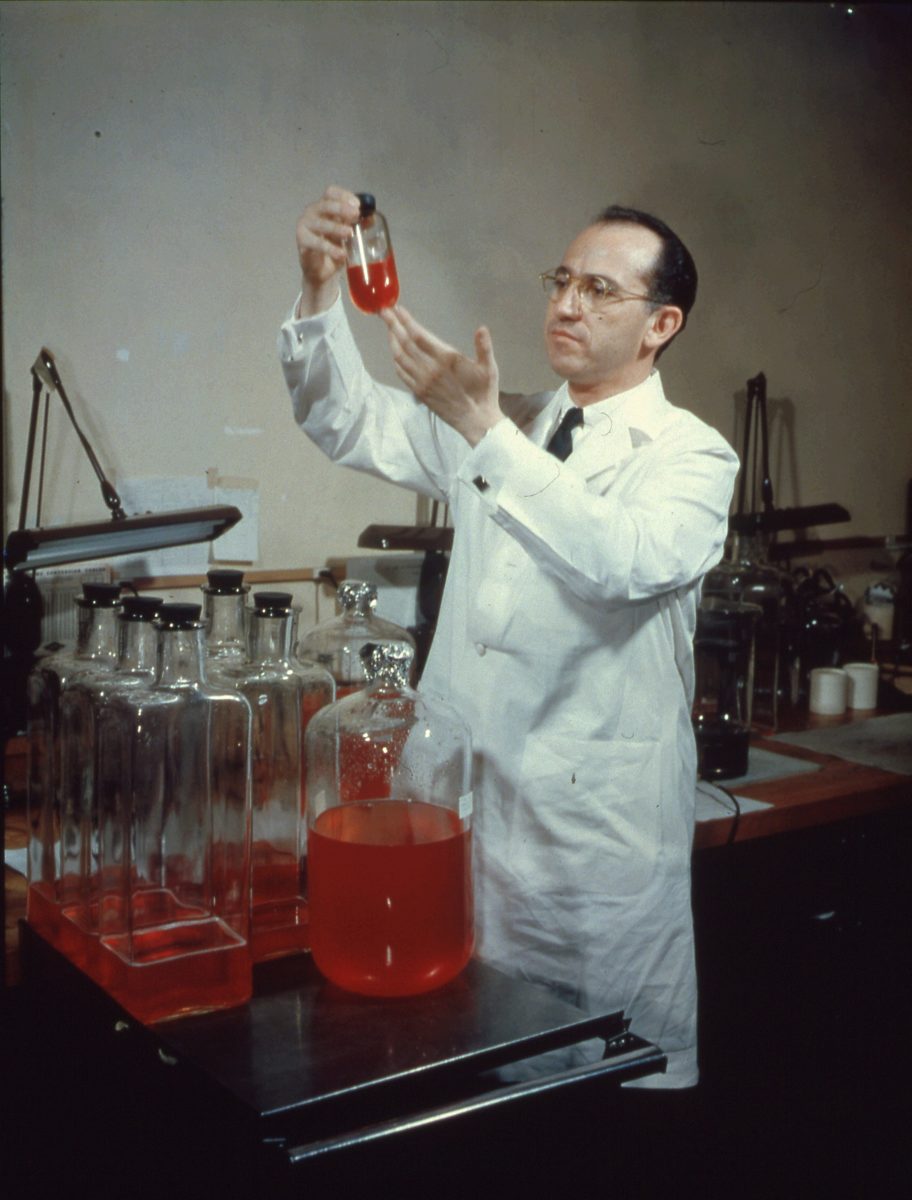 I don’t know who he is, but maybe he’s a relative.

Those who fell asleep on October 28 were few, and include:

Meanwhile in Dobrzyn, Hili is upset that Szaron is on her blanket:

Hili: He is lying on my blanket.
A: You can both use it.
Hili: I will not use the blanket together with this cat. 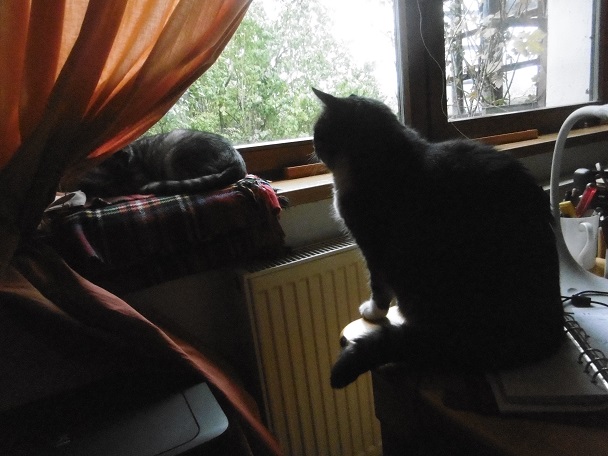 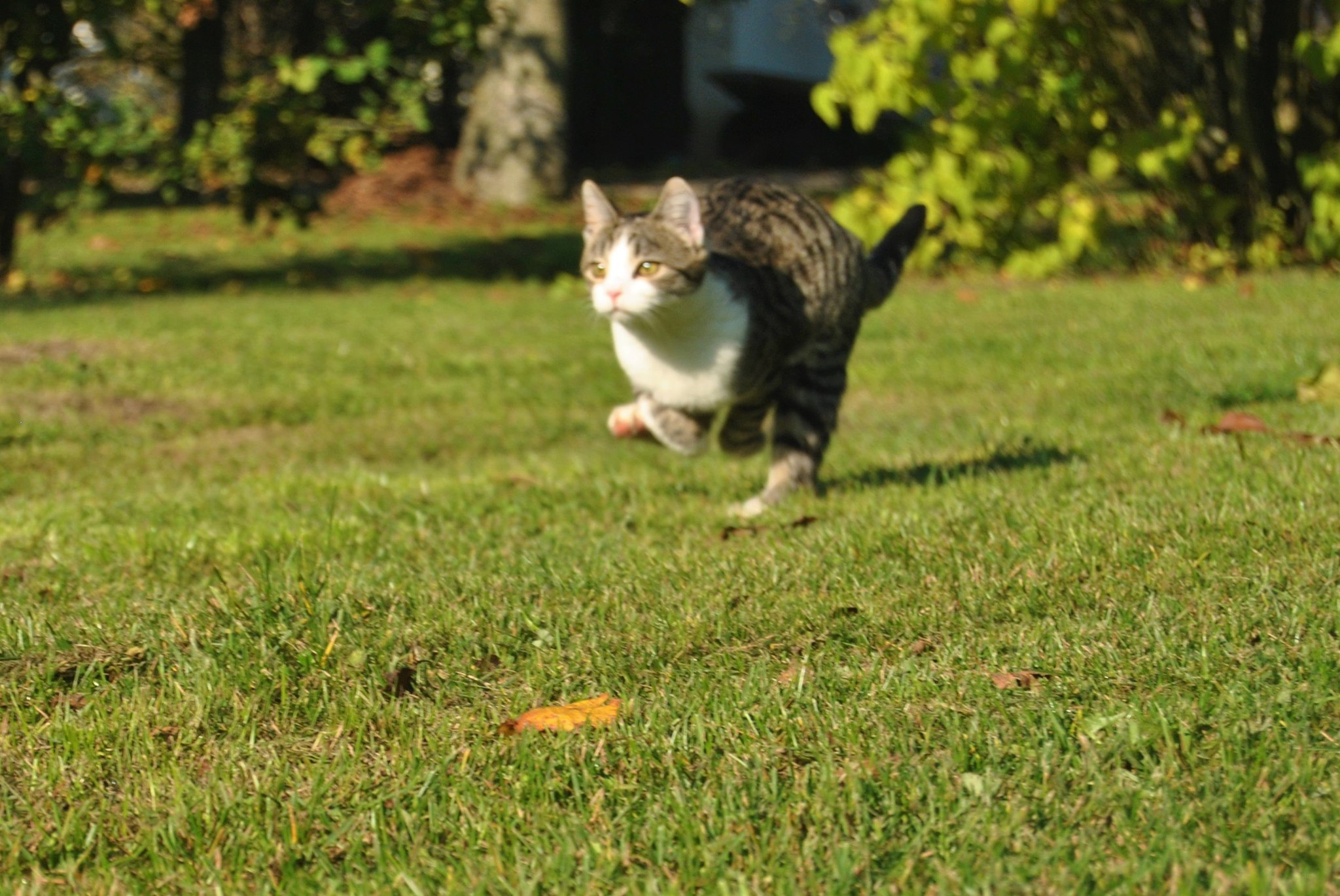 A meme from Bruce. By now you should be able to recognize this Faux Duck (there are actually two species here. . . ) 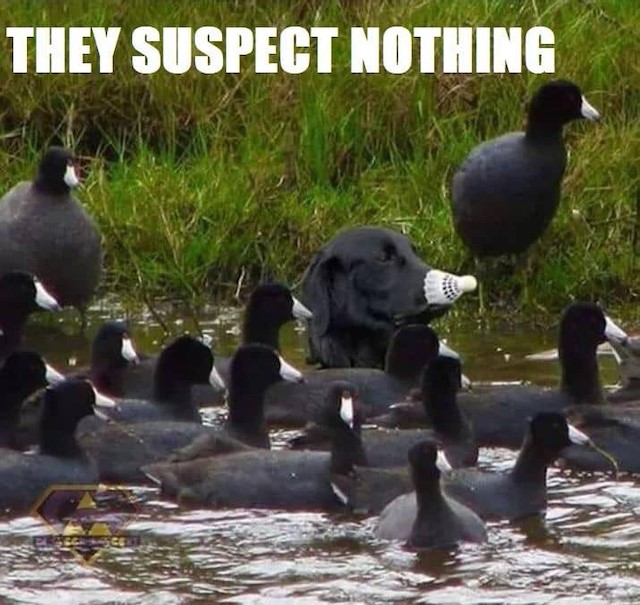 Some lovely seasonal pies from Forever Fall and Halloween on Facebook: 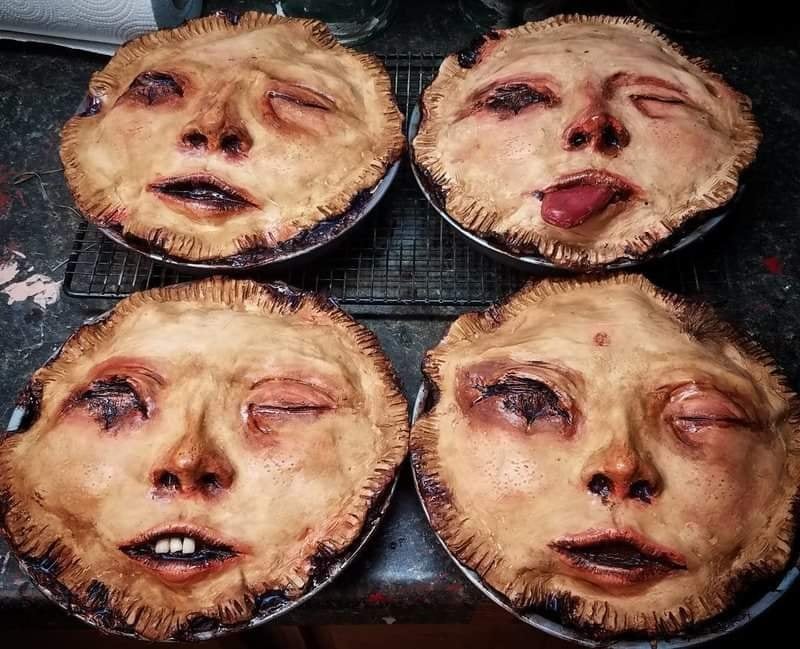 A cartoon from Merilee: 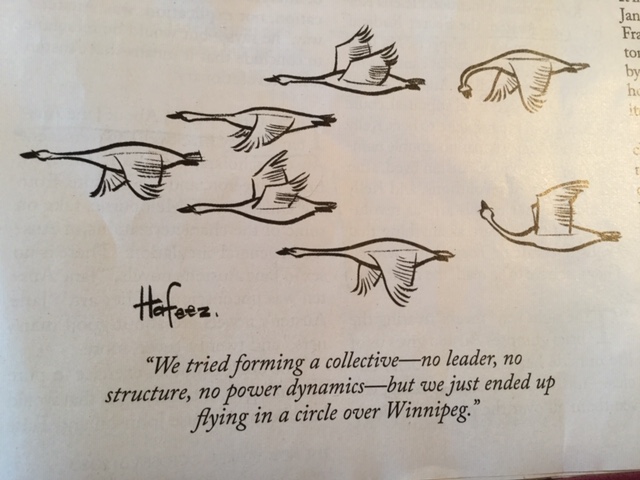 A tweet from Elizabeth Warren about the new Supreme Court battle:

This is a dark day. But it's important to remember why Republicans fought so hard to steal this Supreme Court seat.

They've realized a truth that shakes them to their core: The American people are not on their side.

And we'll keep fighting until we take our democracy back.

As reader Ken noted:”This man actually holds a seat in the United States House of Representatives. I don’t think you need a second guess as to which party caucus he belongs to.”

My wife has the gift of premonition.
Last night she dreamed that Federal squads were in our home seizing guns, knives, “unauthorized foods” and stored water. They said we had been “reported”.
Becca awoke crying.
What happened to our freedom? She asked.
What indeed.

From Gethyn. We knew that medieval and Renaissance artists couldn’t draw domestic cats; now it appears they couldn’t draw wild ones, either:

From Simon, who likes Oded Rechavi’s academic-culture takes on videos:

Tweets from Matthew:  A girl teaches her beloved Indian runner duck (a breed of mallard) to swim. There’s some repetition in the video:

Little girl teaches her baby duck how to swim 😍 pic.twitter.com/Bkyju8WDRz

My explanation (which is mine): The creator has an inordinate fondness for ducks.

A girl named Faith has the Trump Talk with her parents. Sound up; it’s a good one:

This daughter had conversation with her MAGA parents… pic.twitter.com/ML27MGysXz

What a great instrument! (Sound up.)