Jesus and Mo are taking a page from the Woke Playbook, and their argument, which seems stupid, actually is stupid (Pinker refuted it in several of his books). The boys know it, and revert to faith. 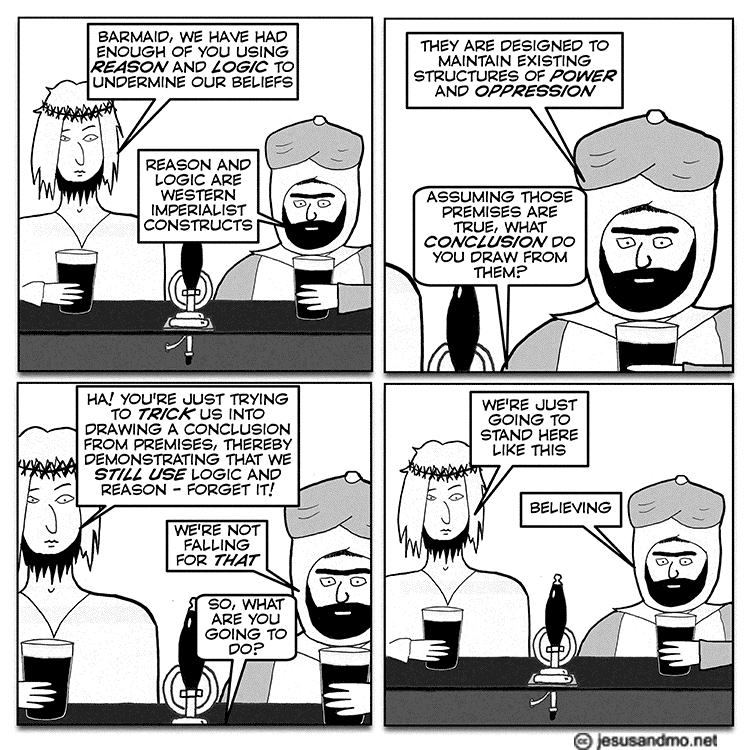 You can become a “patreon” of the strip for as little as $1 per month by going here. Twelve bucks a year for an artist who’s risking his life—the equivalent of 2.5 lattes. I call that a bargain (the strip, not the lattes).