The tank is a bit lower than I like, so I importune readers with good wildlife photos to send them in.

On July 10, reader Mark Jones recounted conservationists’ success in breeding white storks (Ciconia ciconia) to release in the wild, and sent some photos. Today he adds a verbal and photographic update (his pictures). Mark’s caption and quotes are indented:

An update on the white stork chicks at the Knepp Estate in West Sussex; the four surviving chicks (out of six I think) have now all fledged their nests and have been seen out and about. Fingers crossed that the re-wilding continues its current success. The quote from the White Stork Project:

“24TH JULY 2020: “Our fourth and final chick from 2020 took its first flight and fledged the nest today. This is the single chick from nest 2 who has been growing well.  After losing the other two chicks, the parents put all of their energy into raising this chick. It has been seen flying in the fields near the nest and has also been seen with the adults in the nearby enclosure where we have our static population.  It is great to see it integrating with the rest of the flock.”

As mentioned before, Knepp is doing an extensive back-to nature experiment in farming, with free roaming herbivores (cattle, ponies, pigs and deer) and a ‘hands-off’ approach to the land. This has resulted in an explosion of biodiversity in this corner of Sussex, apart from the storks. This all seems highly sustainable ecologically, but I’m not sure how sustainable financially it is; it is partly paid for by glamping and safari trips . Anyway, it’s lovely to see properly diverse meadows for a change, so I hope it’s not idealistic to think a lot more land can be farmed this way.

There have been three nests (all built by the storks themselves, not manmade as I may have indicated before) this year and two have produced chicks. Apparently the eldest chick in the nest photographed has already flown with the parents at least once, but the others are still to fledge the nest.

The nest in the top of the tree, with the three chicks standing up. 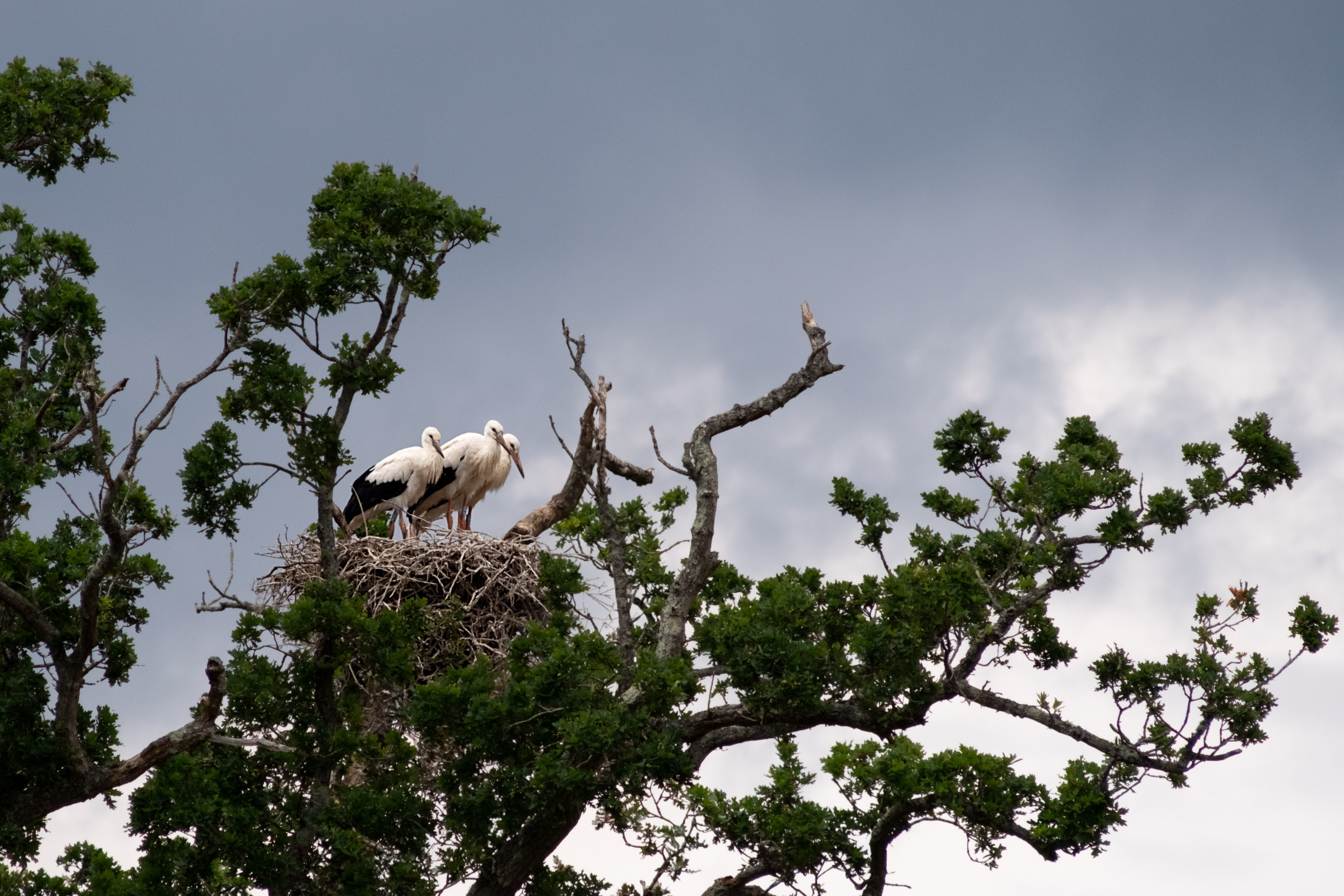 One of the parents arrives with food. 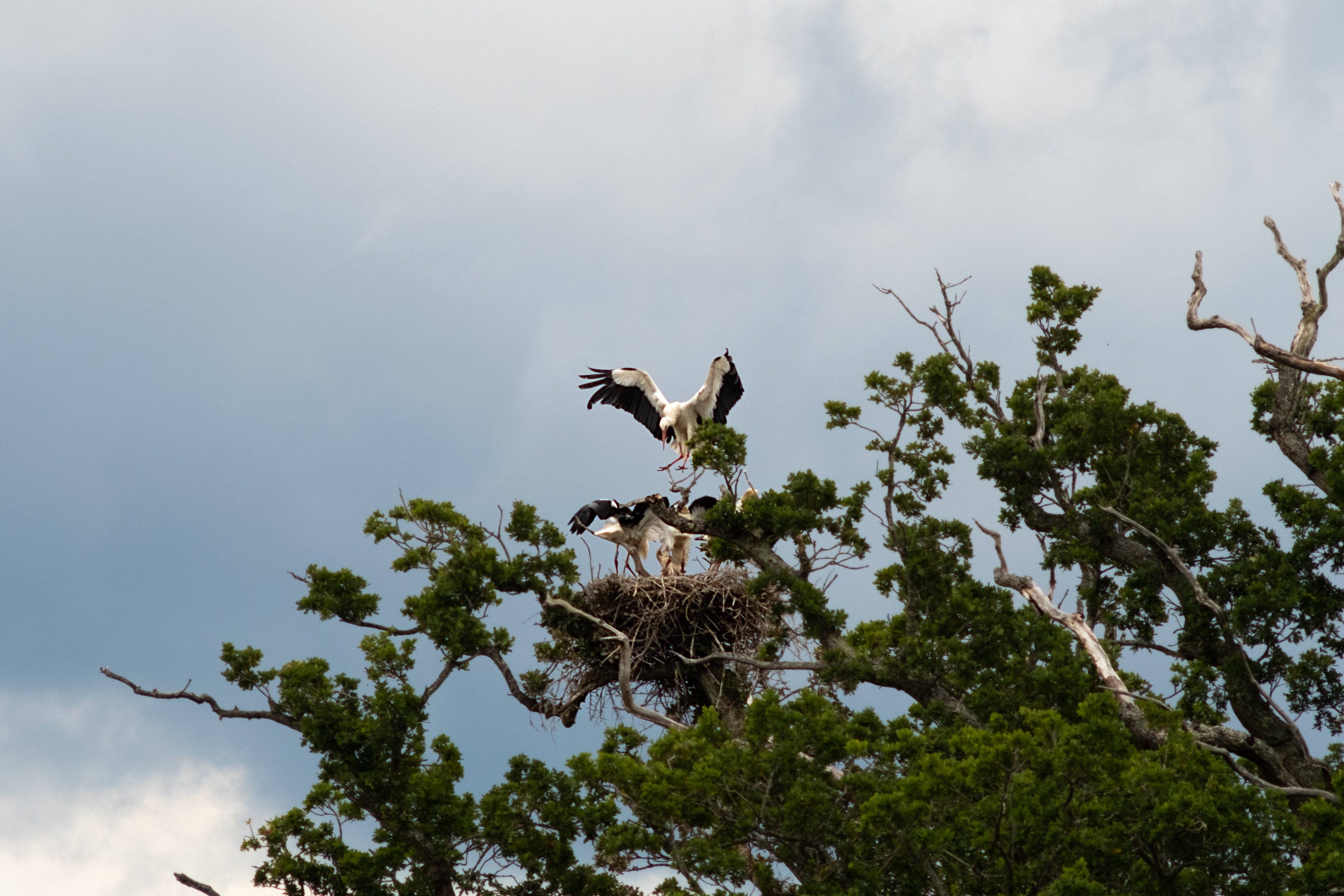 A sequence showing the mum (or dad, perhaps someone can tell?!) flying into the nest delivering something to eat, judging by the chicks’ reaction, although I couldn’t see what. 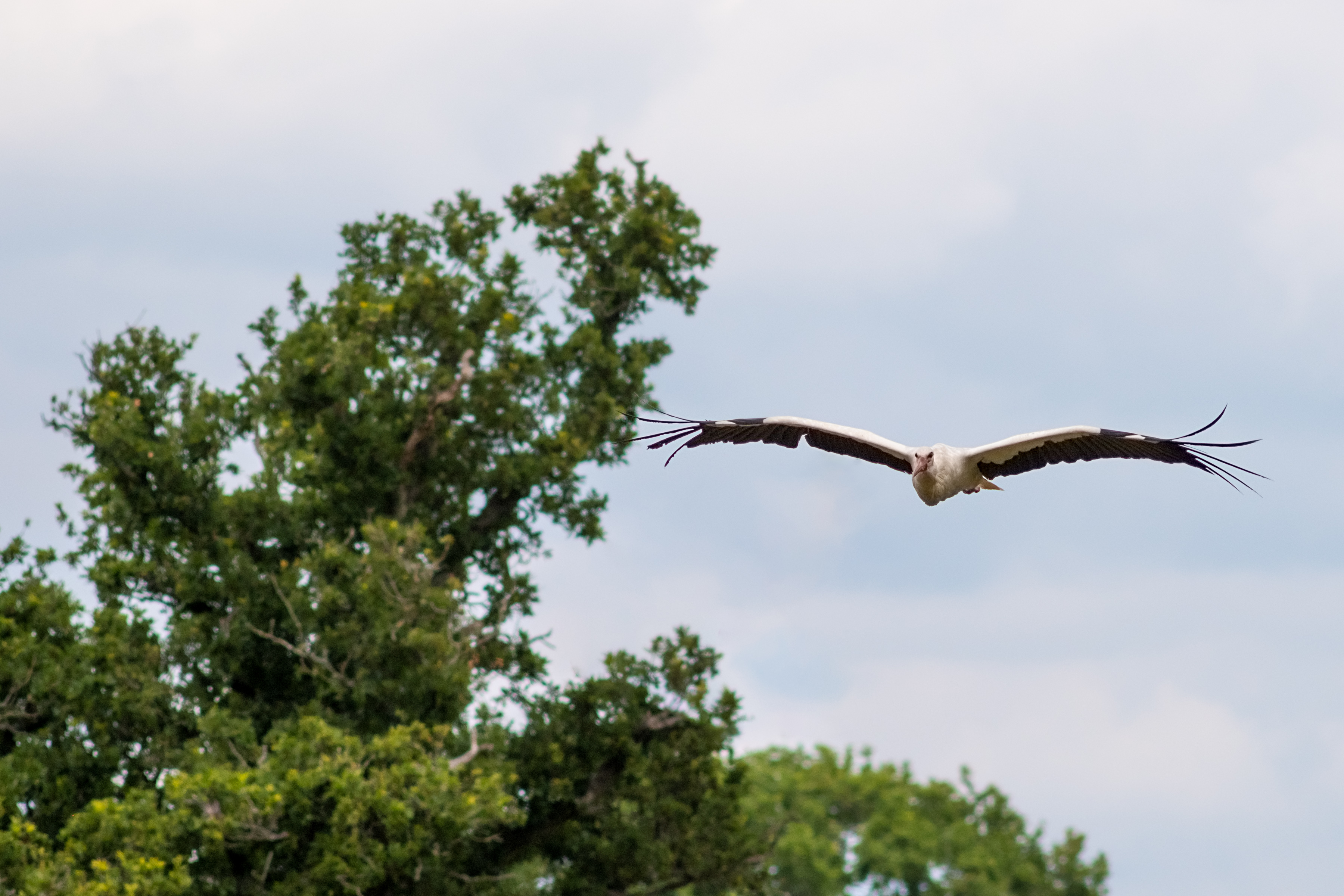 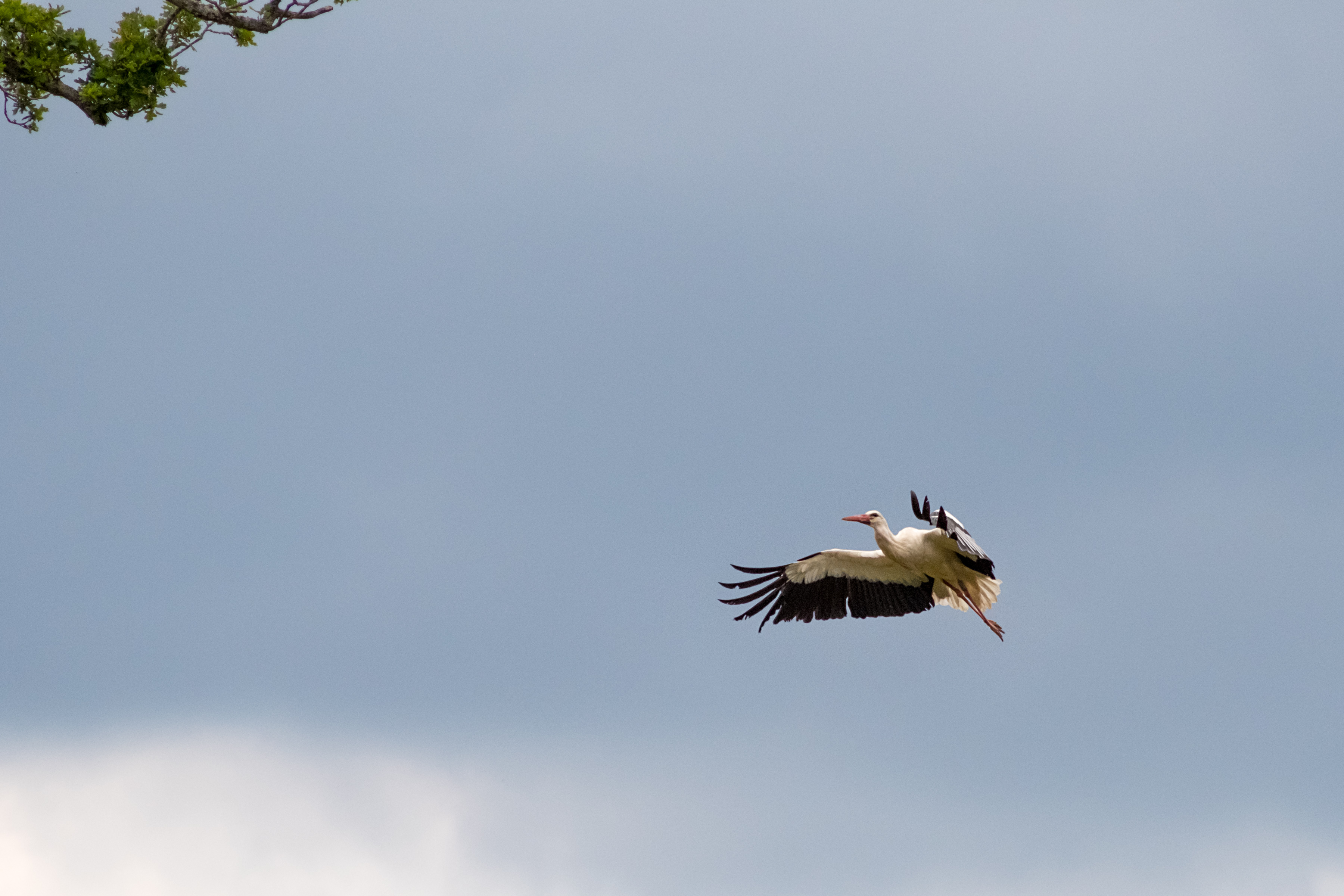 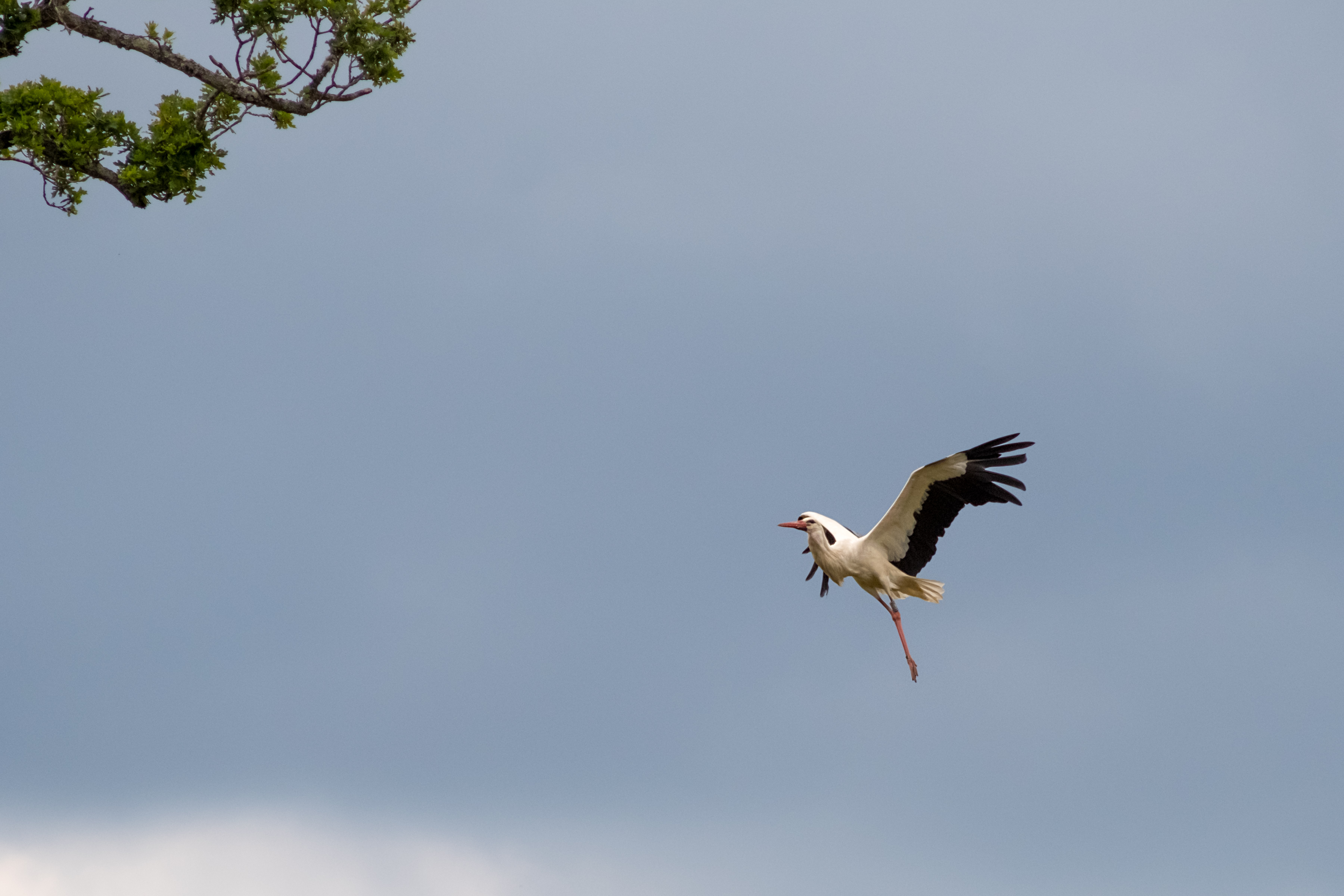 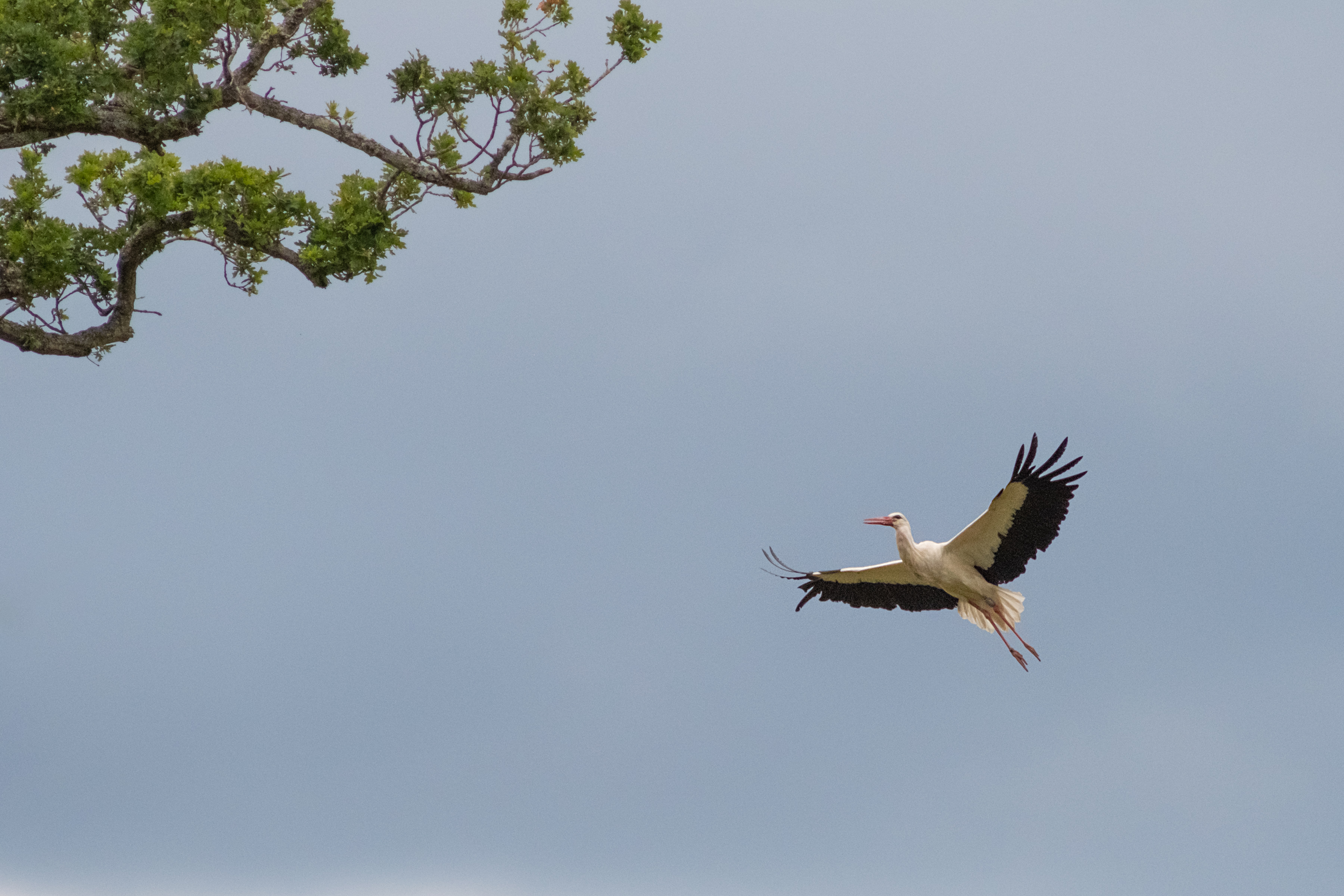 The three chicks side by side. 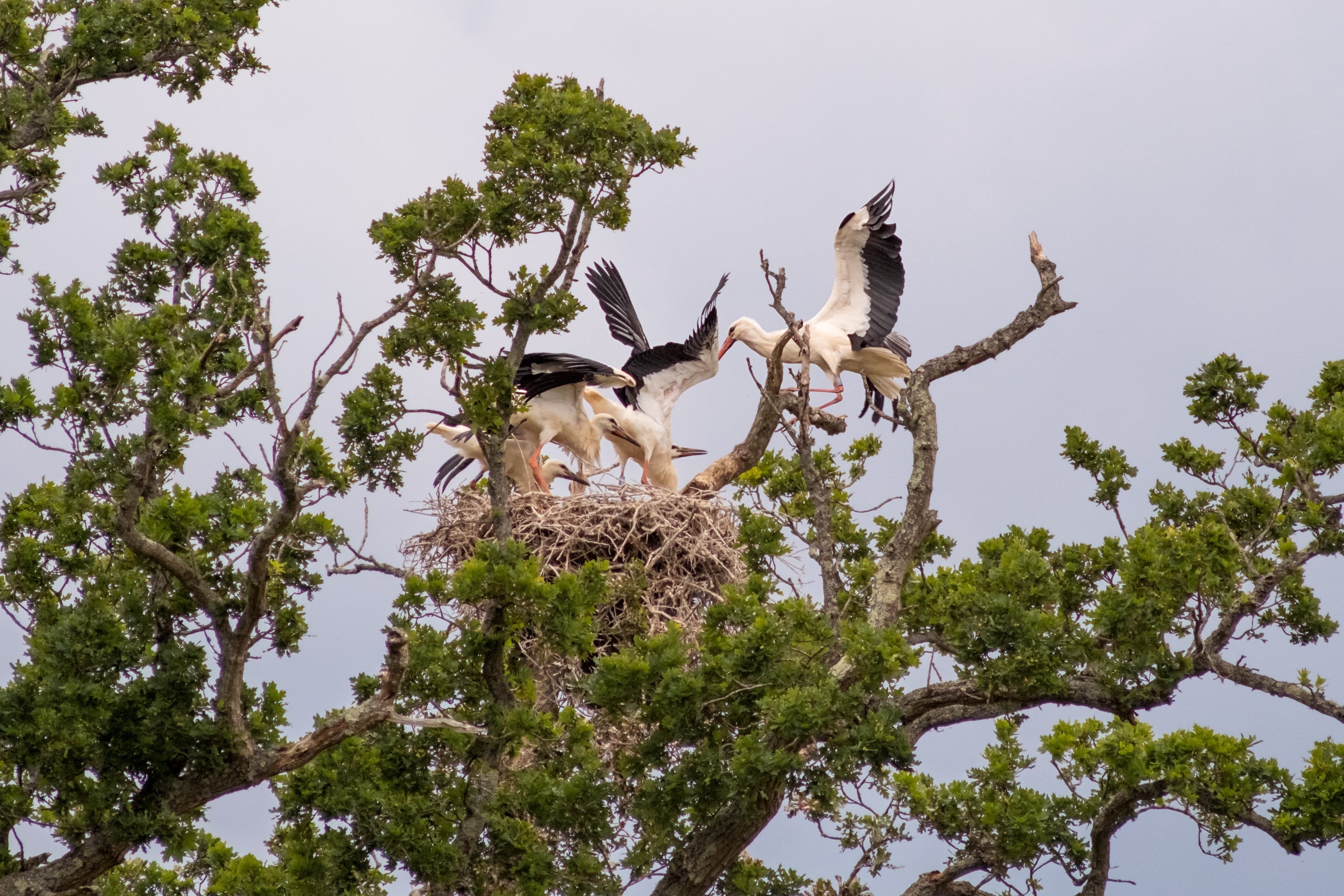 The oak tree (spot the nest) with some of the free roaming Exmoor ponies grazing below. 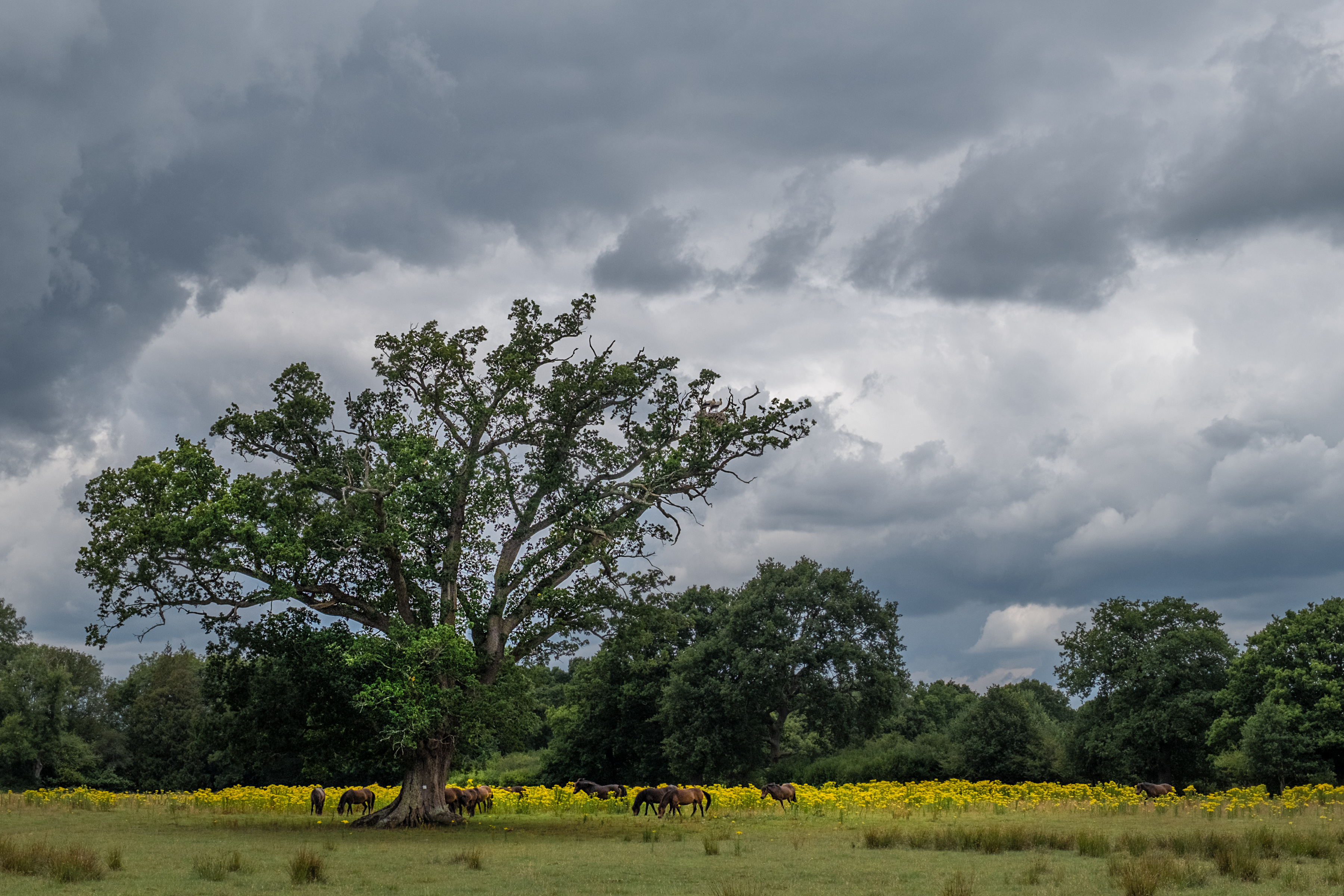 A fly-by from one of the adult storks. 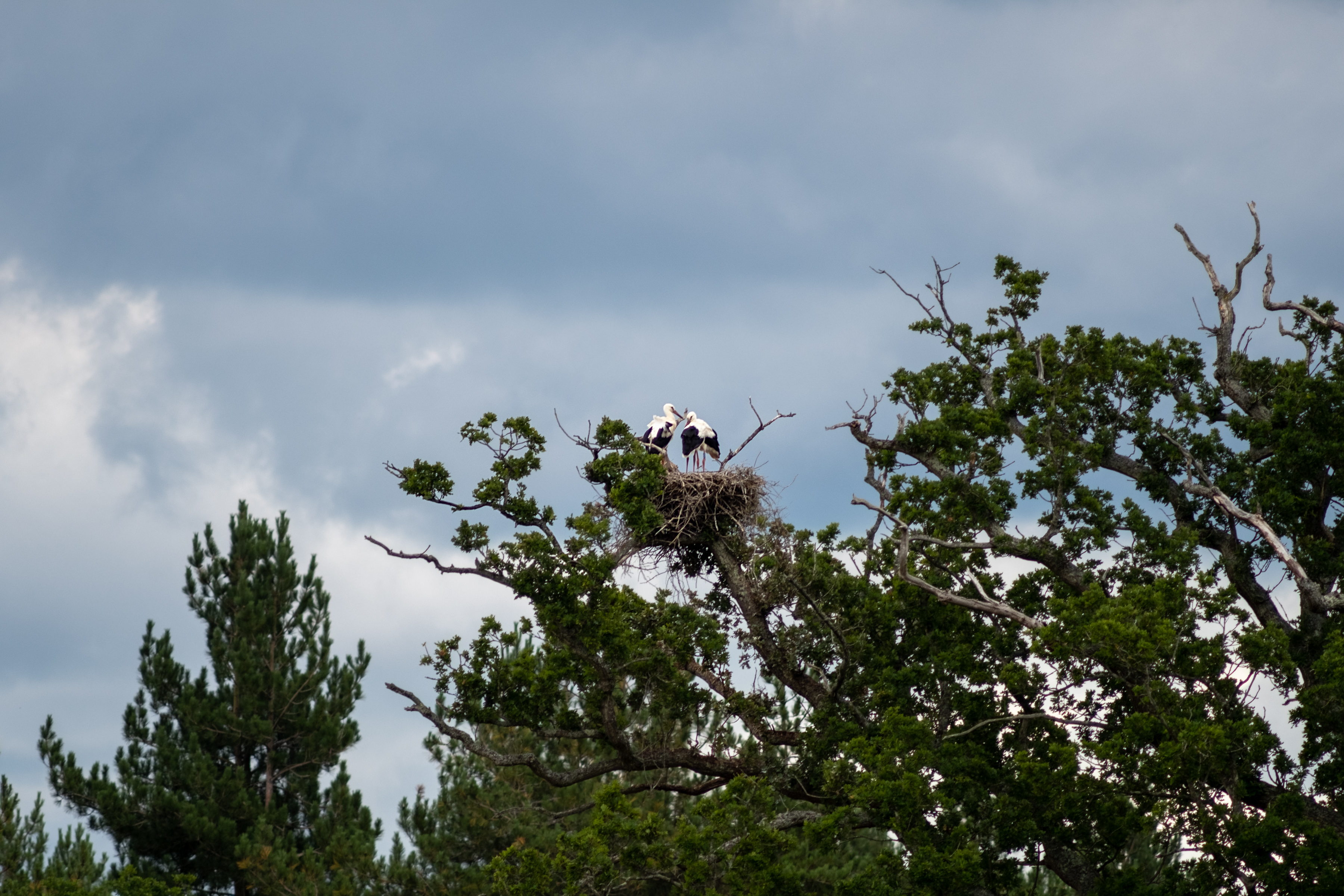