Today we have installment #2 of Mark Jones’s photographs (#1 was yesterday). The photos document the return of the stork to England. You can read about their comeback in this article, which notes that the species hasn’t bred in England for hundreds of years: the last documented breeding was in fact in 1416! Yet everyone loves storks, and the conservationists’ goal is to get thirty pair breeding in nature by 2030.

It is over 600 years since we have had white storks (Ciconia ciconia) in England, so imagine my excitement when, as I was photographing one of my favourite trees near my home, three of them flew down and landed on it! We just don’t see birds this size in Sussex, so it came as a bit of a shock. A complete stroke of luck, and I was also testing a new 300mm lens at the time.

These storks come from a rewilding project at Knepp Castle (www.whitestorkproject.org), which is having a bit of success at the moment with some chicks being raised and drawing the sightseers. But this is the first time I’ve seen them in Rudgwick (about 10 miles from Knepp as the stork flies). If you look closely you can see that all the storks are ringed, with a GB ‘number plate’.

Anyway the lens performed reasonably so I hope you like this selection. 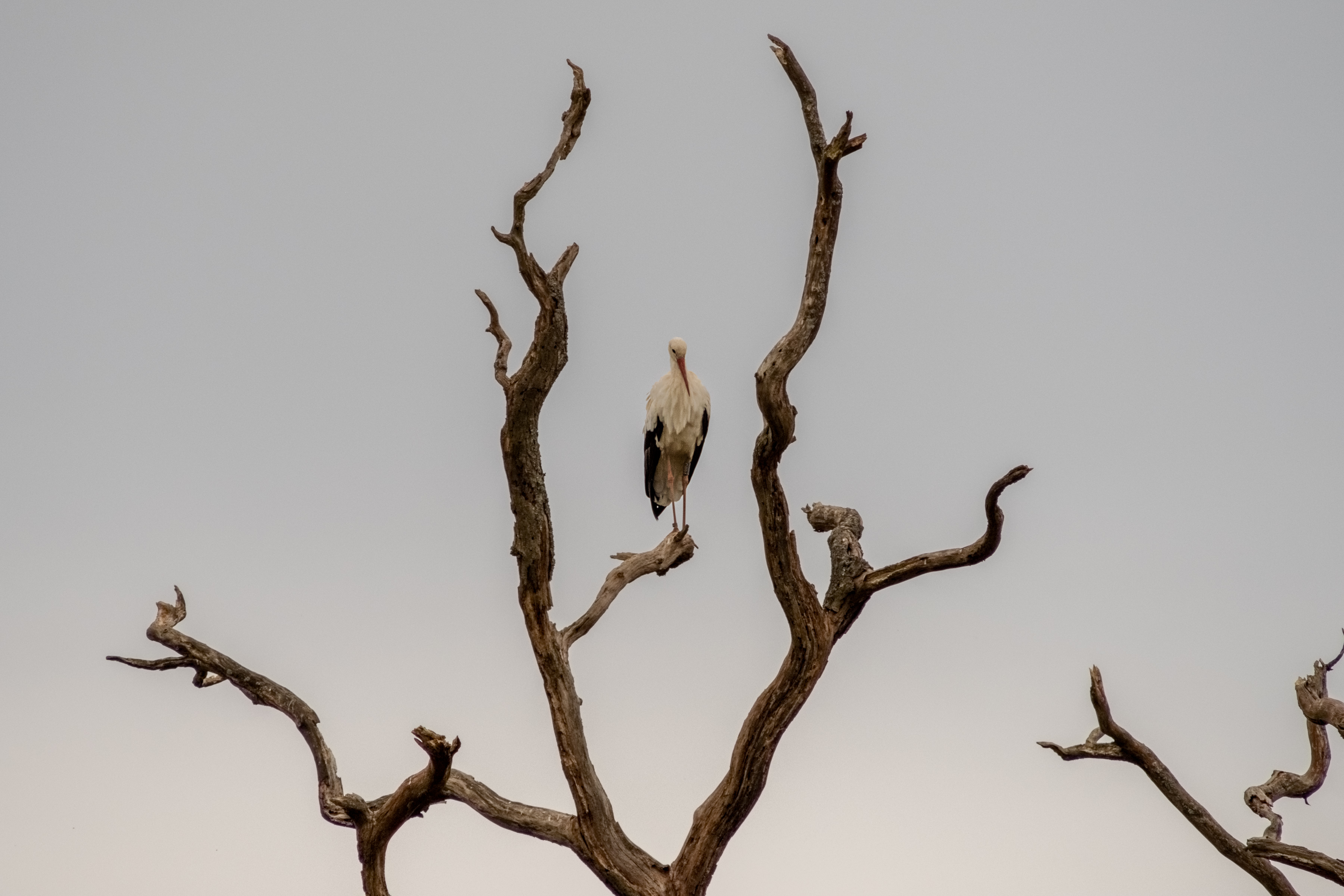 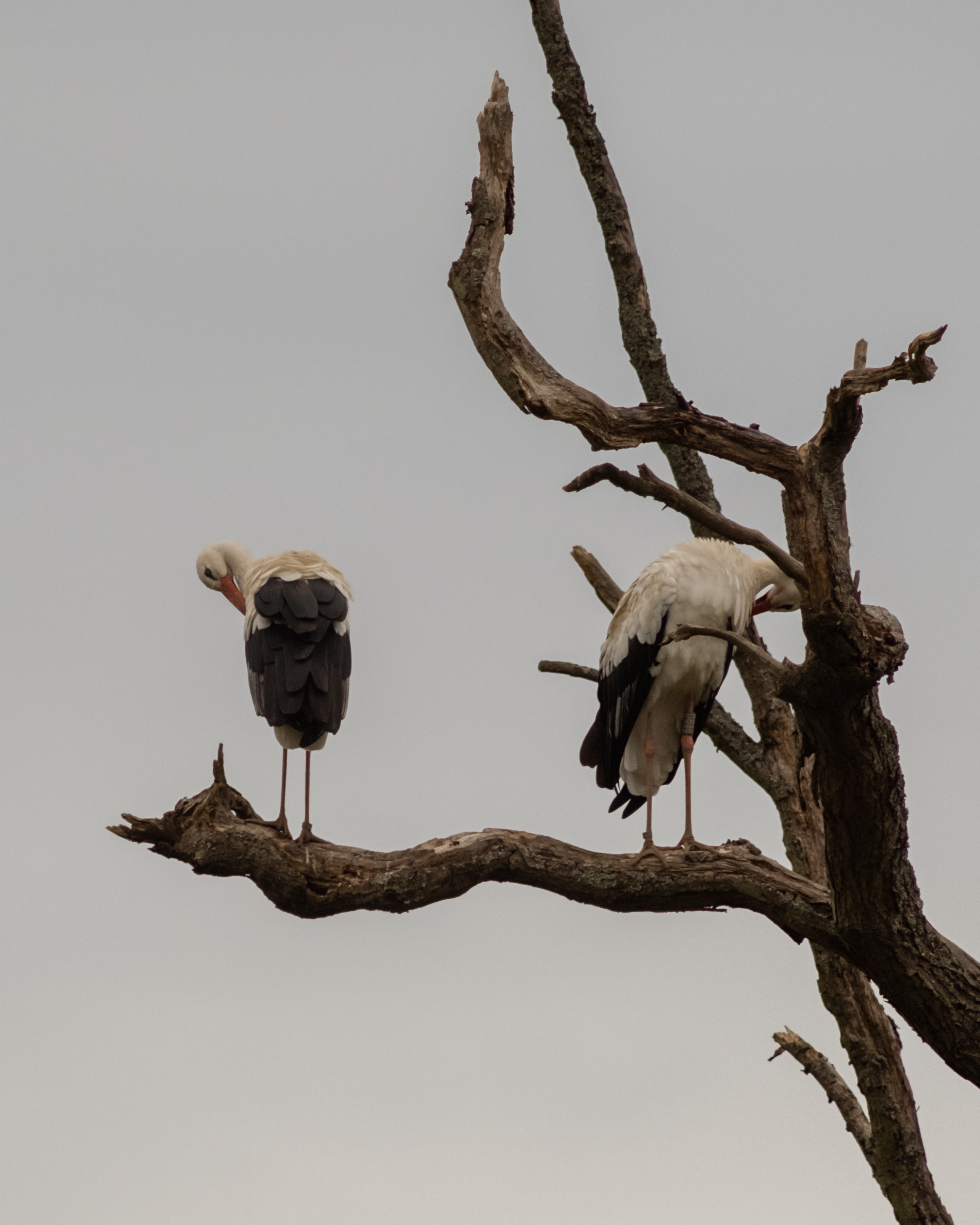 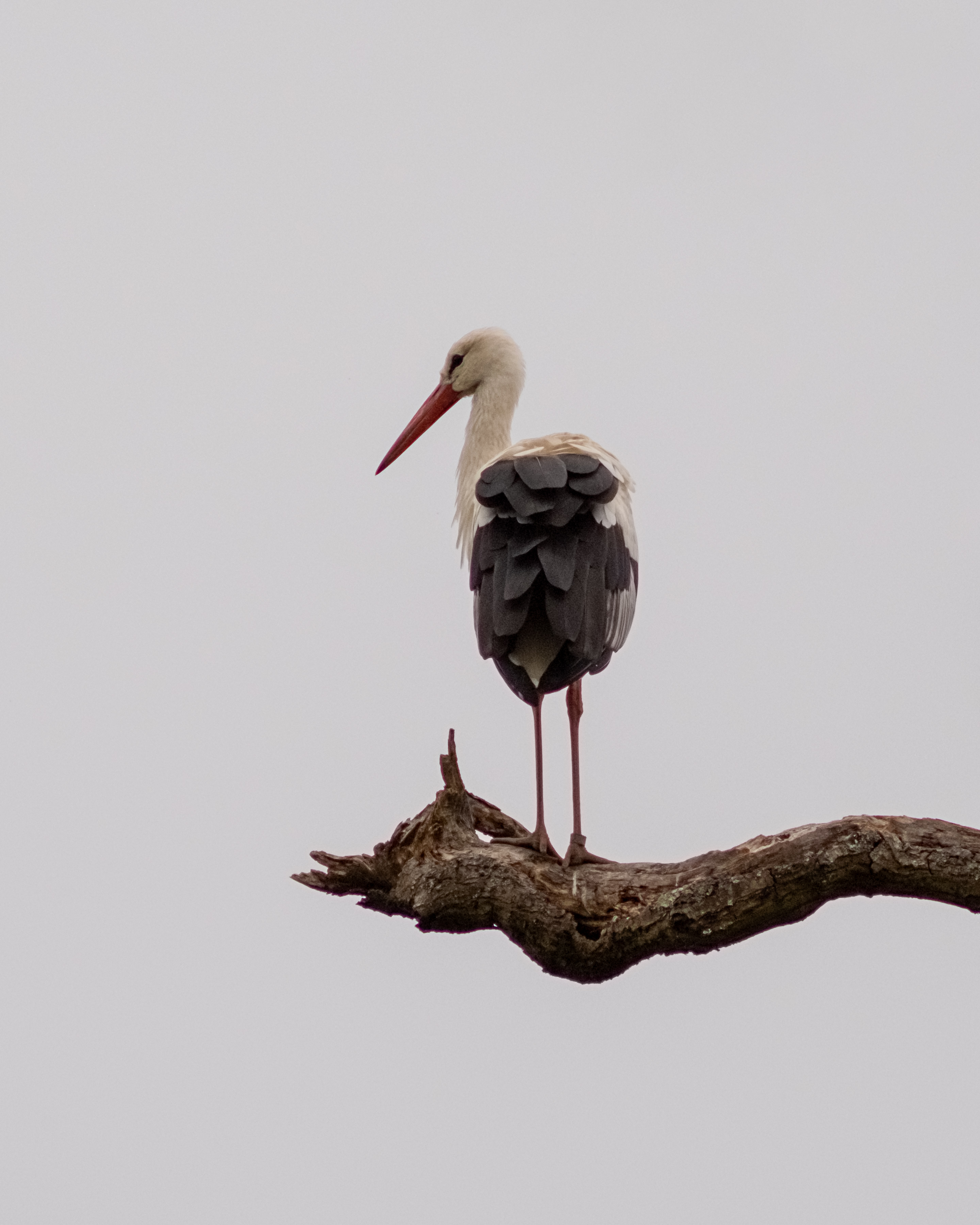 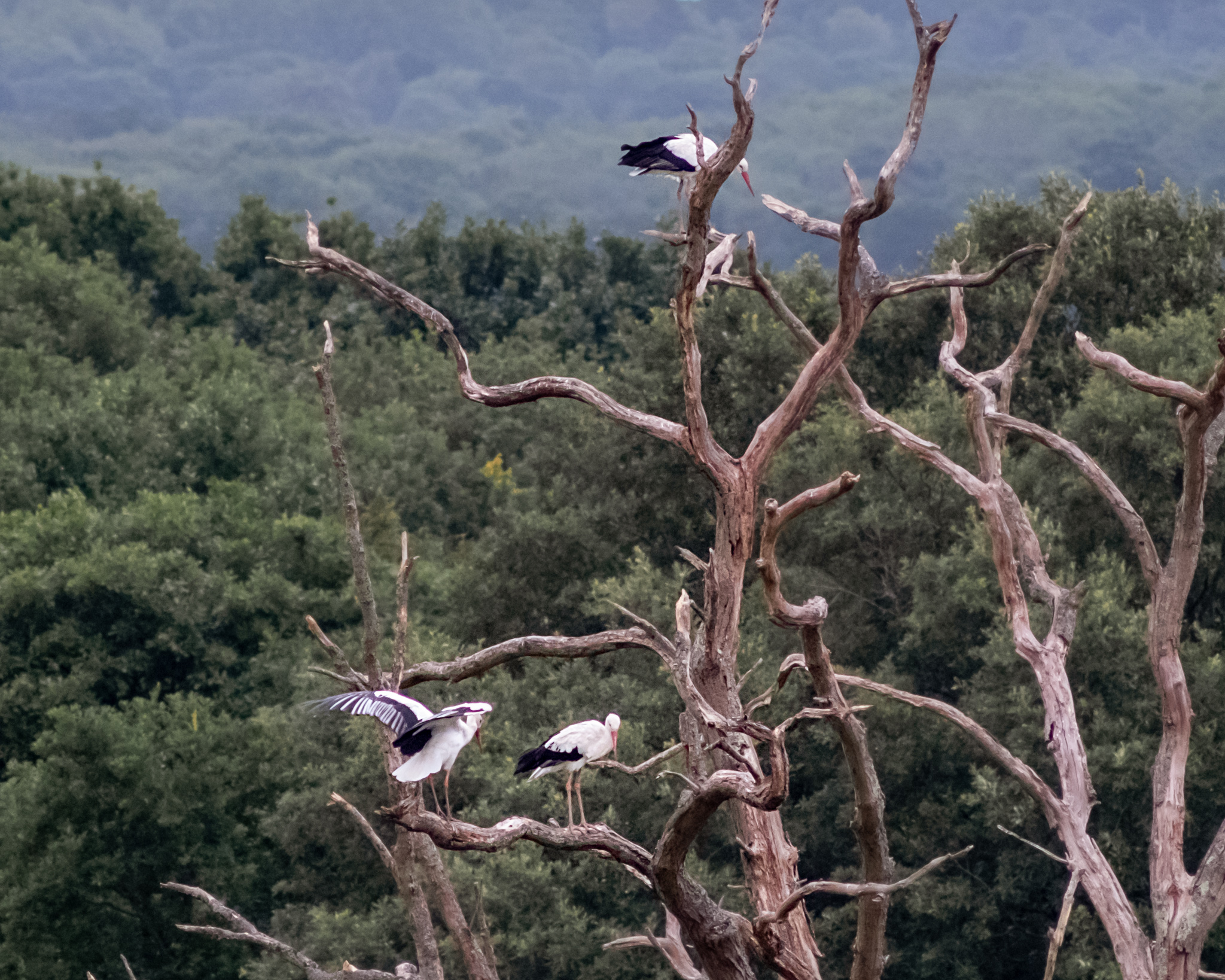 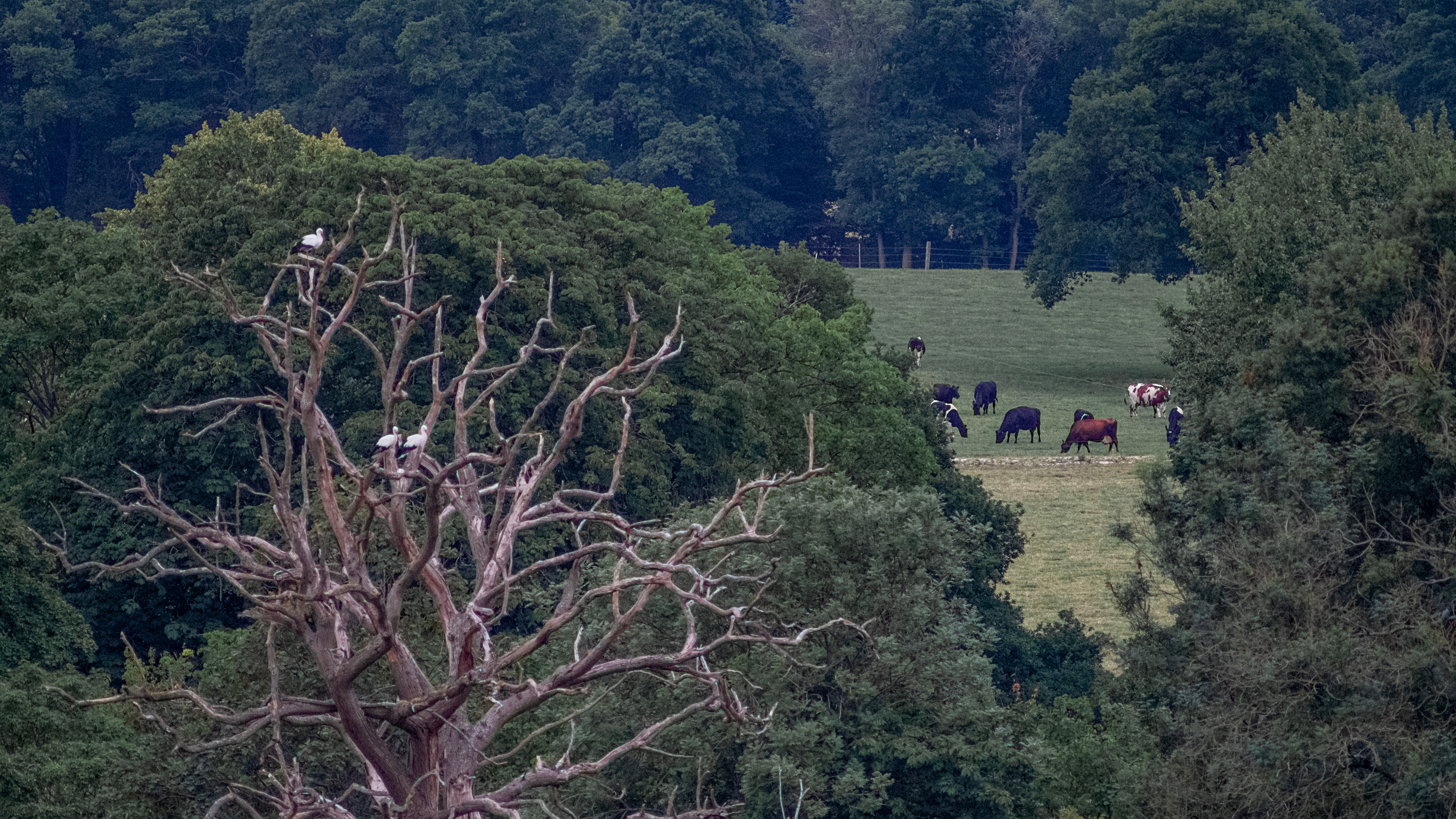 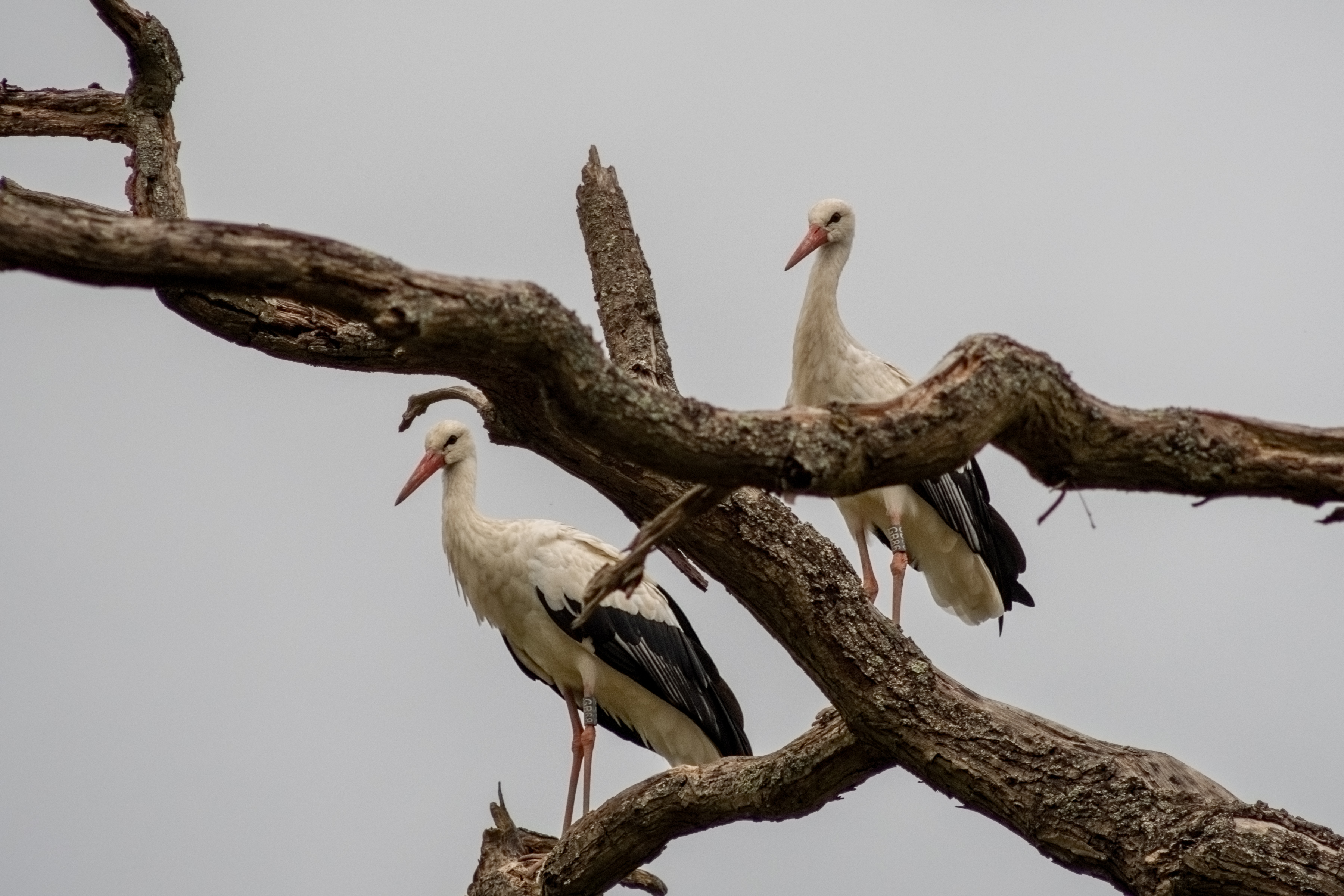 Incidentally, for more context this is the tree that I was making a long exposure photo of; now with added storks. 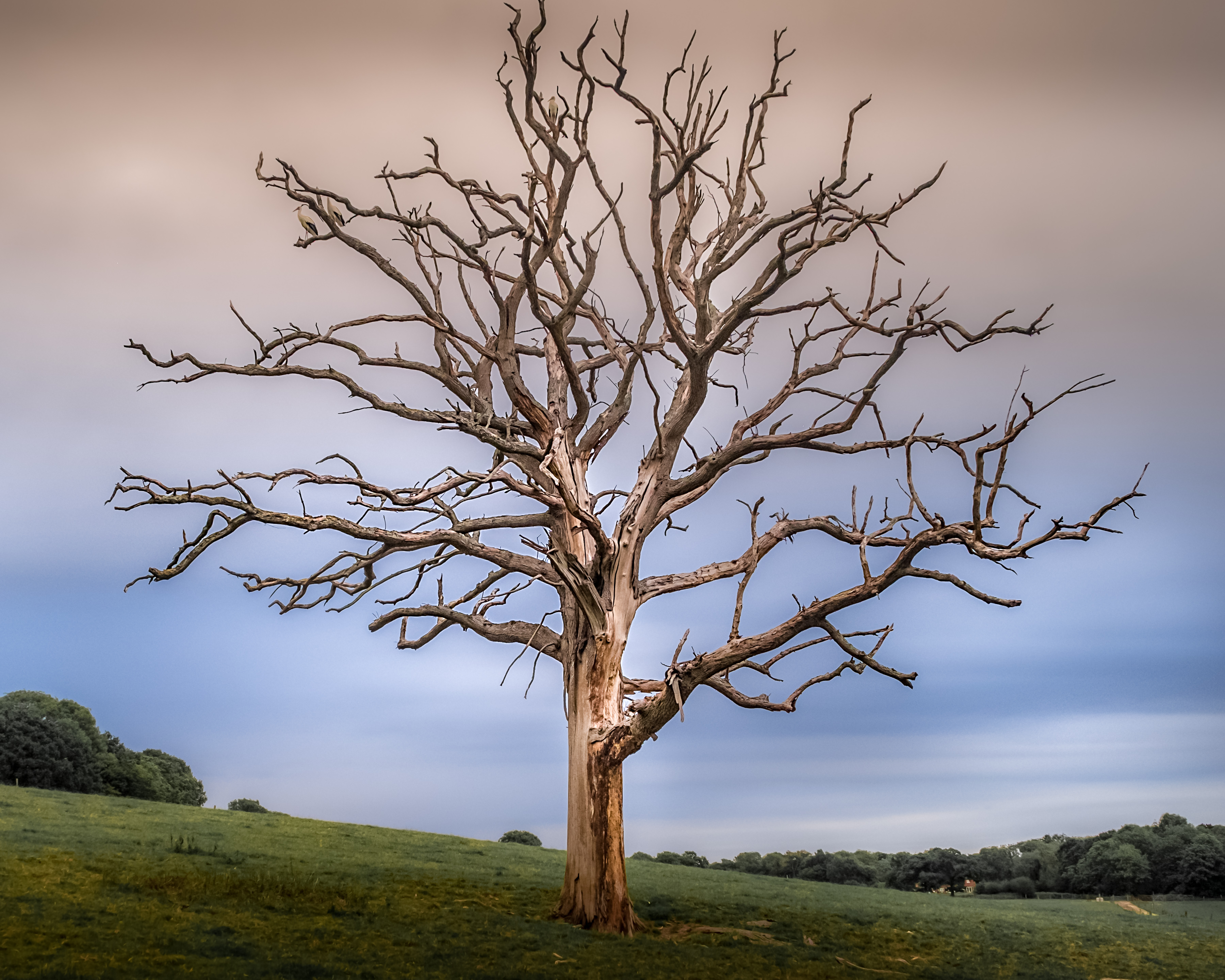