We have two of these left (one after I post this one). I importune you to send your photos, but please limit them to three.  I’ve allowed four this time, but don’t get any ideas. . .

Today’s reader is Mehul Shah, whose caption is indented. Note the photo of the Everest massif in the last photo. The classic climb, the one taken by Tenzing Norgay and Edmund Hillary,

I am an engineer (design microprocessors) in the SF Bay Area, and I’ve lived here since the early 90s.  Before that, I spent a few years of my childhood in India (Ahmedabad), where I was born.

Sharing a couple of pictures old and new of me hiking, climbing, etc. which I love to do in my spare time.

The climbing pictures are of an easy route on Half Dome, called Snake Dike.  The masked one is at the Big Ben Tree in Santa Cruz mountains, and one from Everest Base camp a few years ago. 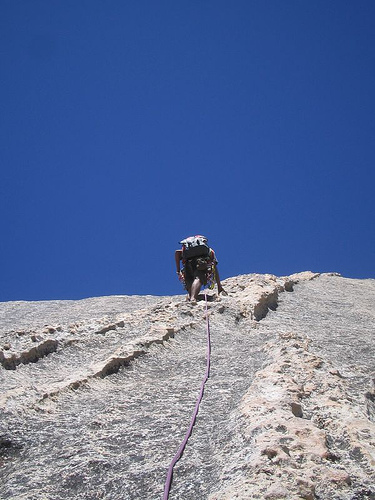 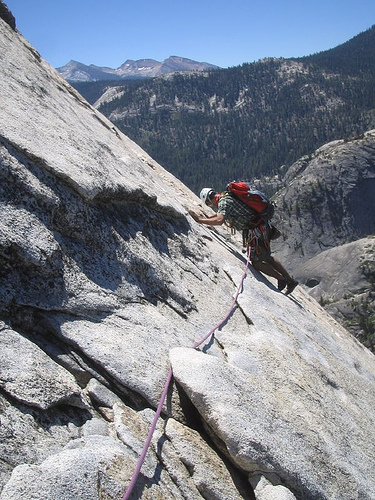 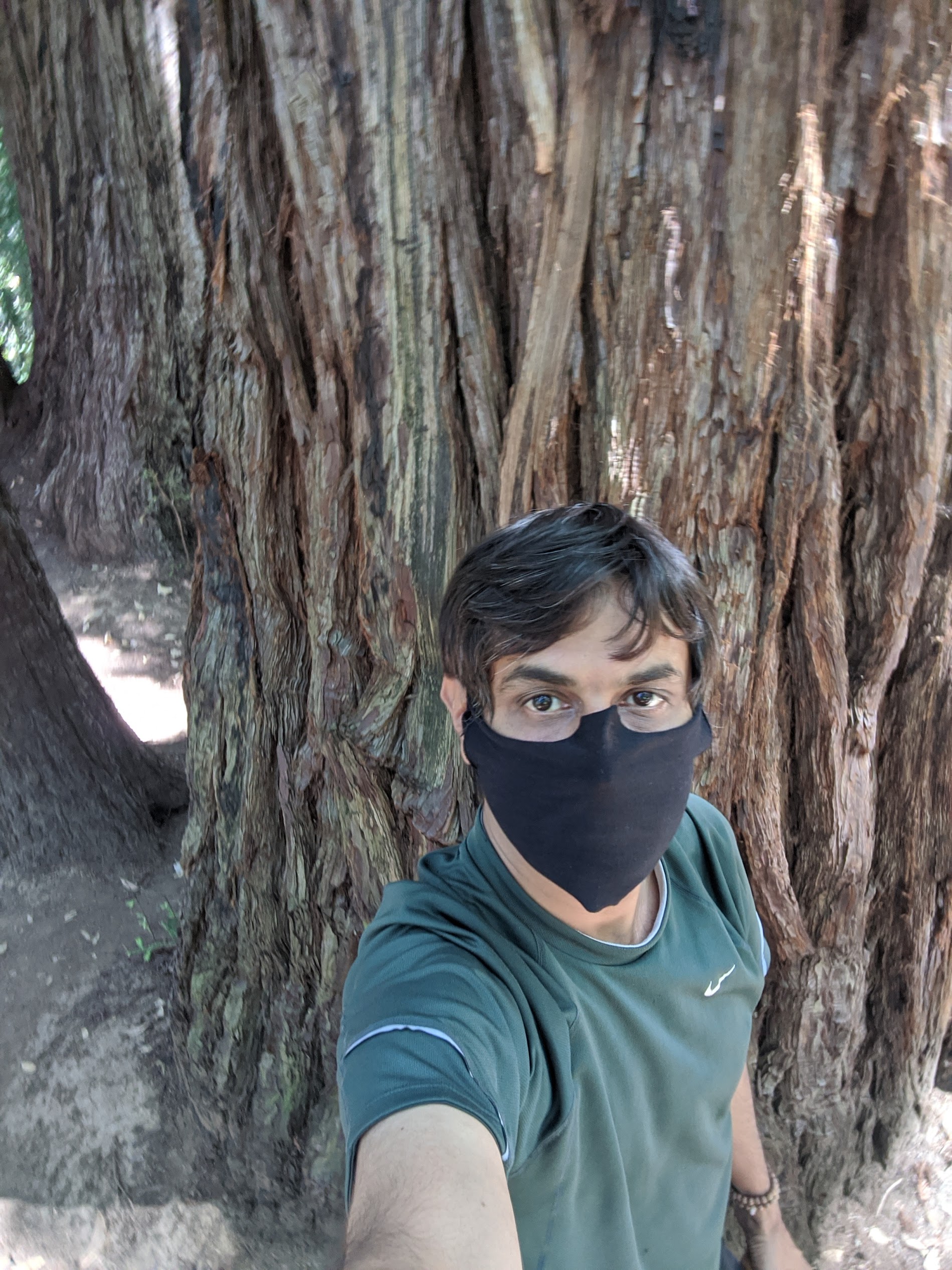 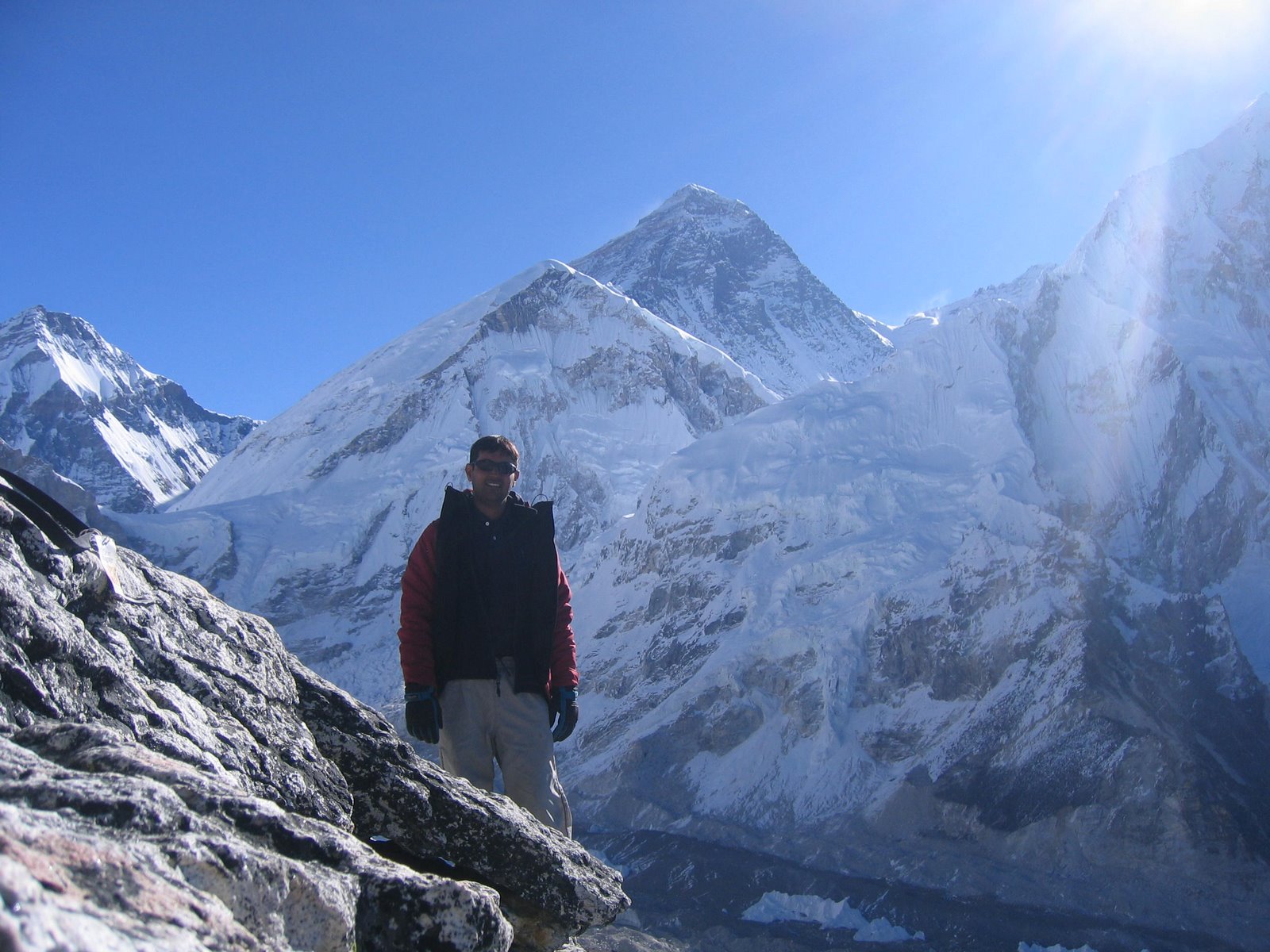 JAC: Because Everest is one of my favorite places on Earth, I’ve put in this photo showing the classic South Col ascent—the route taken by Tenzing Norgay and Edmund Hillary when they became the first to make it to the top. You can see where Mehul is standing. 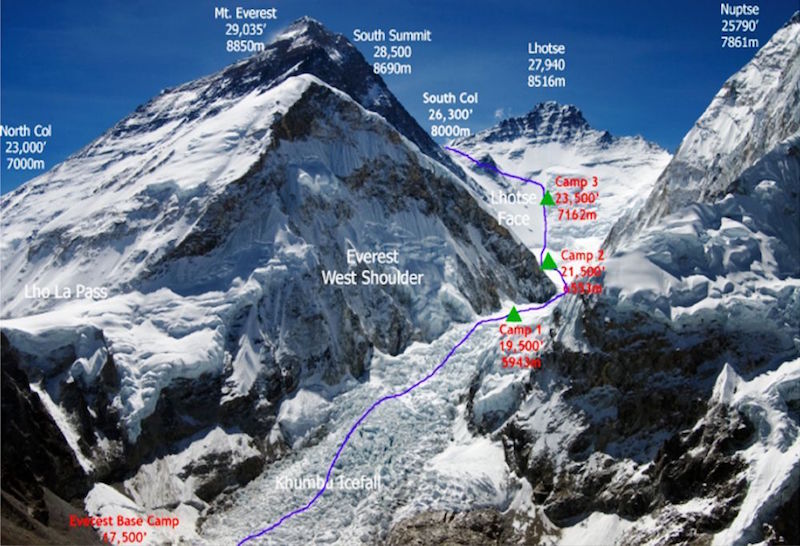 18 thoughts on “Photos of readers”