I’m jammed this afternoon, and so am giving readers the chance to sound off on either the topic below or anything else of interest.

I didn’t watch the Democratic National Convention, as I already know I’m voting Democratic, but I did watch Michelle Obama’s speech on video, which I quite liked.  Now many people are extolling last night’s very short virtual speech by Alexandria Ocasio-Cortez, calling her “the future of the Democratic Party”. (She was seconding the nomination of Bernie Sanders, an empty gesture but one that she was asked to do; I do recognize that she now endorses Biden.) Ocasio-Cortez, whom I don’t much care for, though some of her stands are okay, was given 60 seconds to speak but used 100 seconds, something that I, as a punctual, keeping-to-time kind of guy, don’t like.

Here’s her speech, for which she’s being touted as “The Future of the Democratic Party.” As far as I know about her legislative accomplishments, that future involves trading insults on social media, and we already have that. Over at HuffPost, people are falling all over themselves to tout her as a future President of the United States.

Well, unless she moves more toward the center (and yes, I want a President on the Left, but not the far Left), I’m not on board.

Discuss this, or discuss the convention in general. Was it successful? What were the highlights (I haven’t heard Jill Biden’s speech)? Does Trump even stand a chance now? RealClear Politics gives Biden a 7.6% advantage over Trump (below), and it’s holding pretty steady. (Remember, that’s a popular-vote poll, while the Presidency is decided by the electoral college. Still, Trump cannot win should these figures hold in November.) 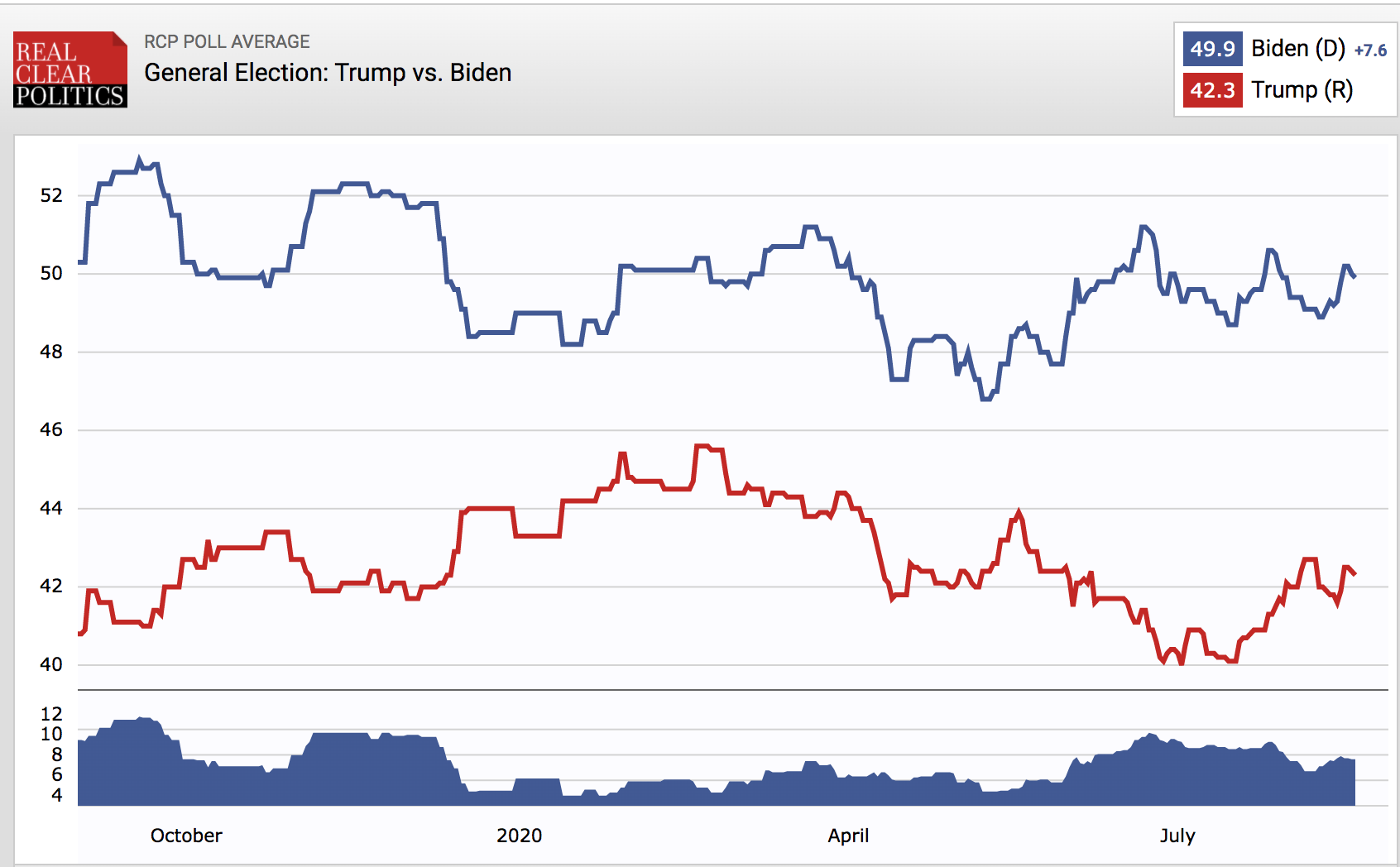 118 thoughts on “Discussion thread: the Democratic convention (or anything else)”