It’s Tuesday, the cruelest day, July 28, 2020: National Milk Chocolate Day. It used to be that this was the only form of chocolate I ate, but the older I get the more I like dark chocolate—up to and above 90% cocoa. I have even tried this, which I liked, especially because even a small bit is filling: 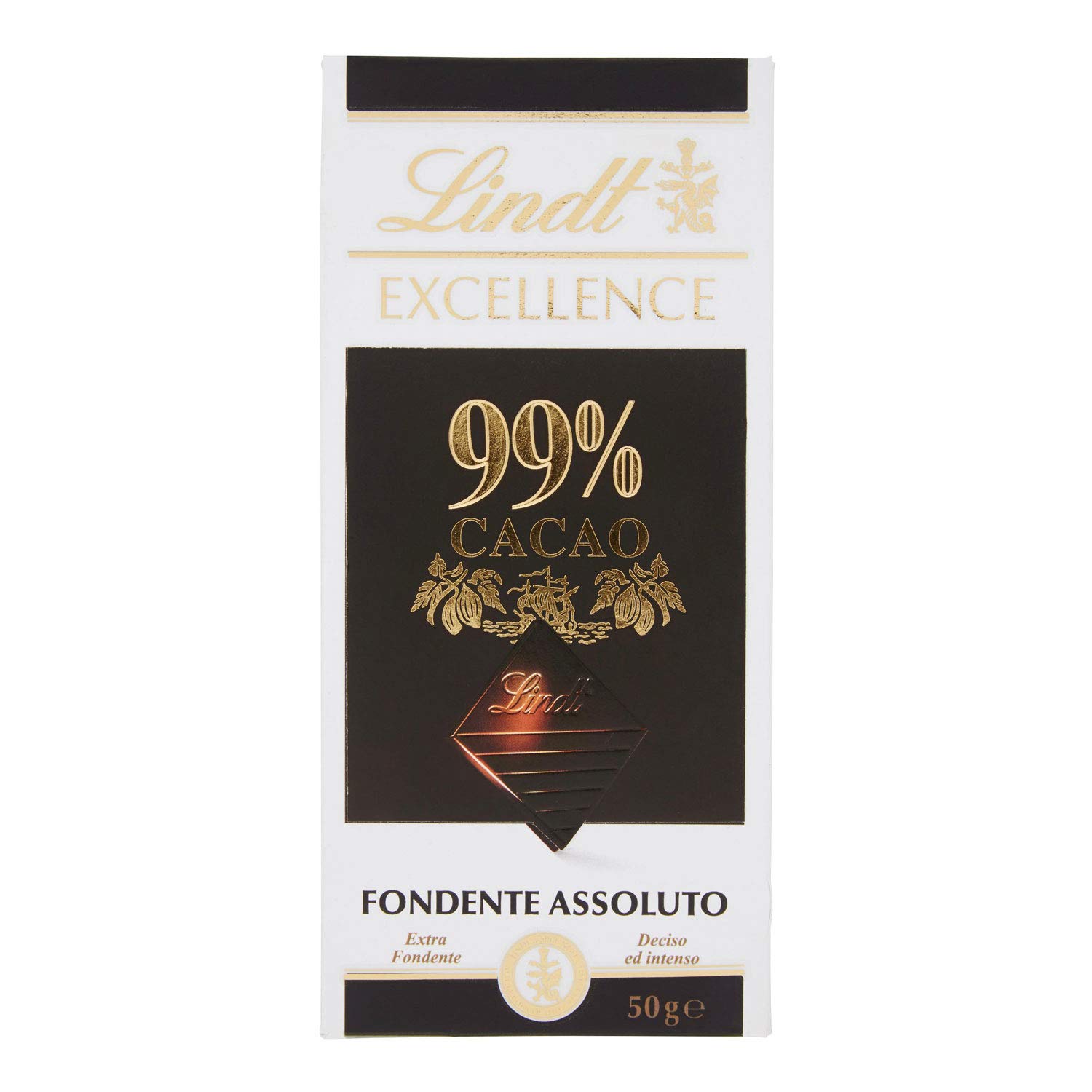 News of the Day: The nightly protests, which are not nonviolent, continue in Seattle and Portland. Yes, the feds are a provocation, but I long for the days when provocation was not an excuse for violence by protestors (viz., John Lewis), and civil disobedience brought sympathy from the public.

The Guardian has totaled up who was responsible for politically-motivated killings in the U.S., and the chart, showing only one death attributed to “antifascists” (and the person killed was the antifascist) is below. 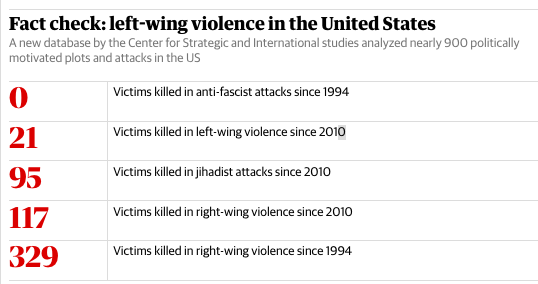 As I predicted to a friend (no money involved), the 2020 Major League Baseball season is in deep trouble—only a few days after it started late. Yesterday two games were postponed after a big-time infection of the Miami Marlins by coronavirus. It would have been better just to postpone the season entirely rather than have a truncated 60-game season with no fans in the stands.  I predict again that the season will be canceled. And soon football and basketball are set to begin.

My hair is now completely out of control: here’s a picture taken early this morning, about to tuck into my latte with four shots of espresso. 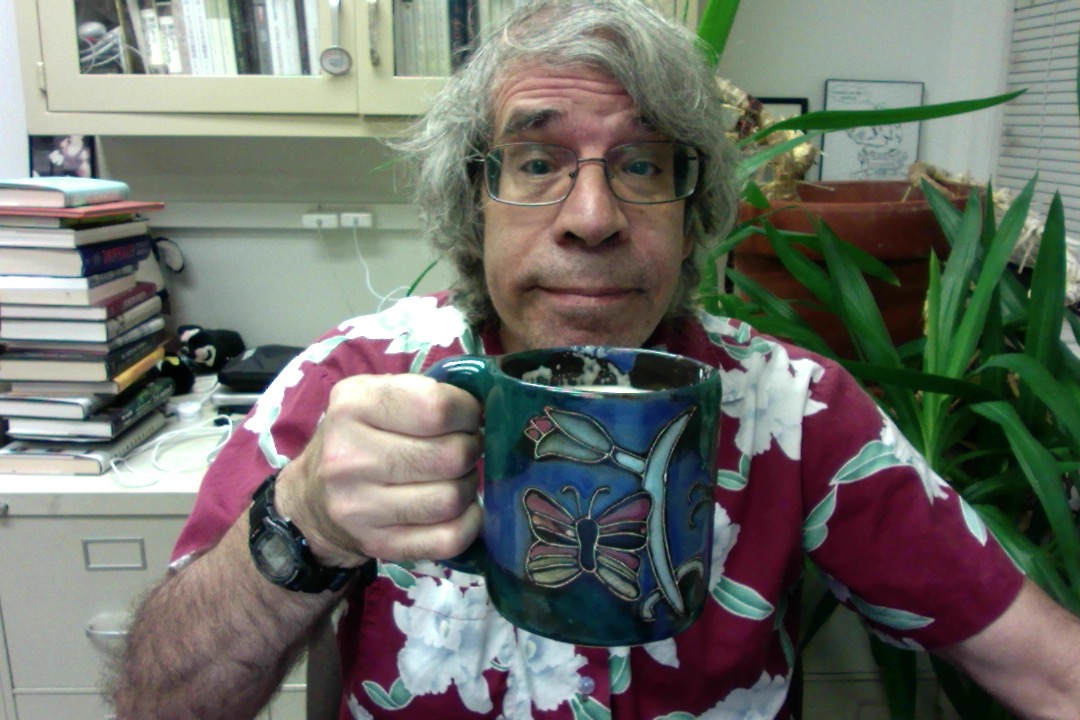 Stuff that happened on July 28 include:

Below is a very short clip of very rare video footage of the Silent Parade, preserved by complete accident. Here are the Vimeo notes (note that all the marchers are dressed in their Sunday best):

On July 28, 1917 W. E. B. Du Bois organized a parade of African Americans that ran down Fifth Avenue from 59th Street to 23rd Street. Dressed in white, and silent except for a muffled beat of drums, thousands marched in protest of the recent mob violence and lynchings in Waco, Memphis and East St. Louis.

NOTE: This clip originally appeared as part of Universal Animated Weekly, Vol. 5, Issue 83, released on August 1, 1917. In 1929 it was buried, along with 532 other film reels, in a defunct swimming pool in Dawson City, Yukon Territory Canada. It was unearthed in 1978 during a construction project, after being inadvertently preserved for 49 years in the Yukon permafrost.

The helmet dates back to about 625 AD and is thought to have been worn by King Rædwald of East Anglia.  It was found in a ship burial.  Below is the helmet with reconstructions, and below that a full reconstruction of what it might have looked like. Captions from Wikipedia:

Professor Ceiling Cat was there! It wasn’t Woodstock, to be sure, but it was the largest pop festival ever, featuring the Dead, the Allman Brothers, and the Band.

After a protract fight over the remains, they were given to local Native Americans, who reburied them, precluding all further scientific study.

I quite like Hopkins’s poetry though others regard him as mannered or puerile. He died at age 44 of typhoid. Here’s a photo: 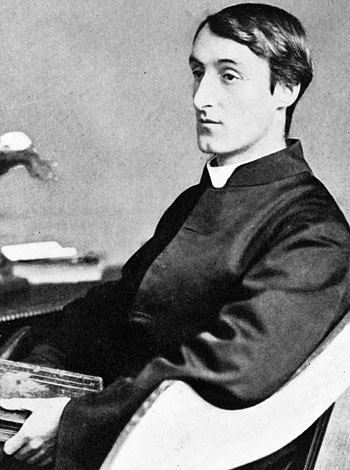 Those who rested in peace on July 28 include:

You’ve surely seen this famous photo; I believe it’s of morning coffee at the Cavendish Cambridge after the structure of DNA had been worked out:

Meanwhile in Dobrzyn, Hili inspected the trees and declared that the cherry harvest should begin (it starts tomorrow):

Hili: It’s time to start the harvest.
Andrzej: So it seems. 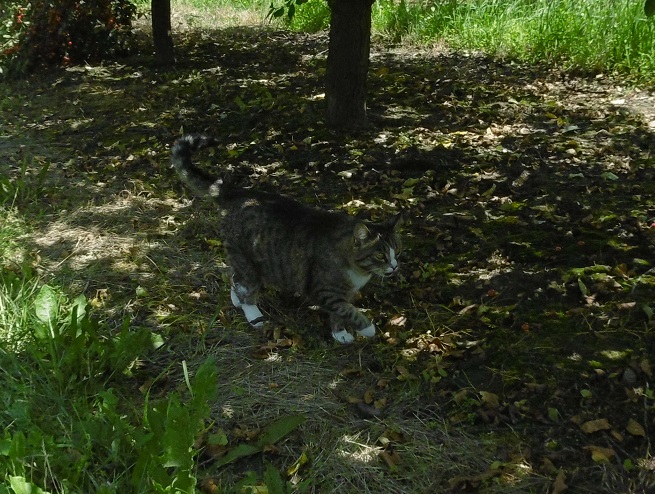 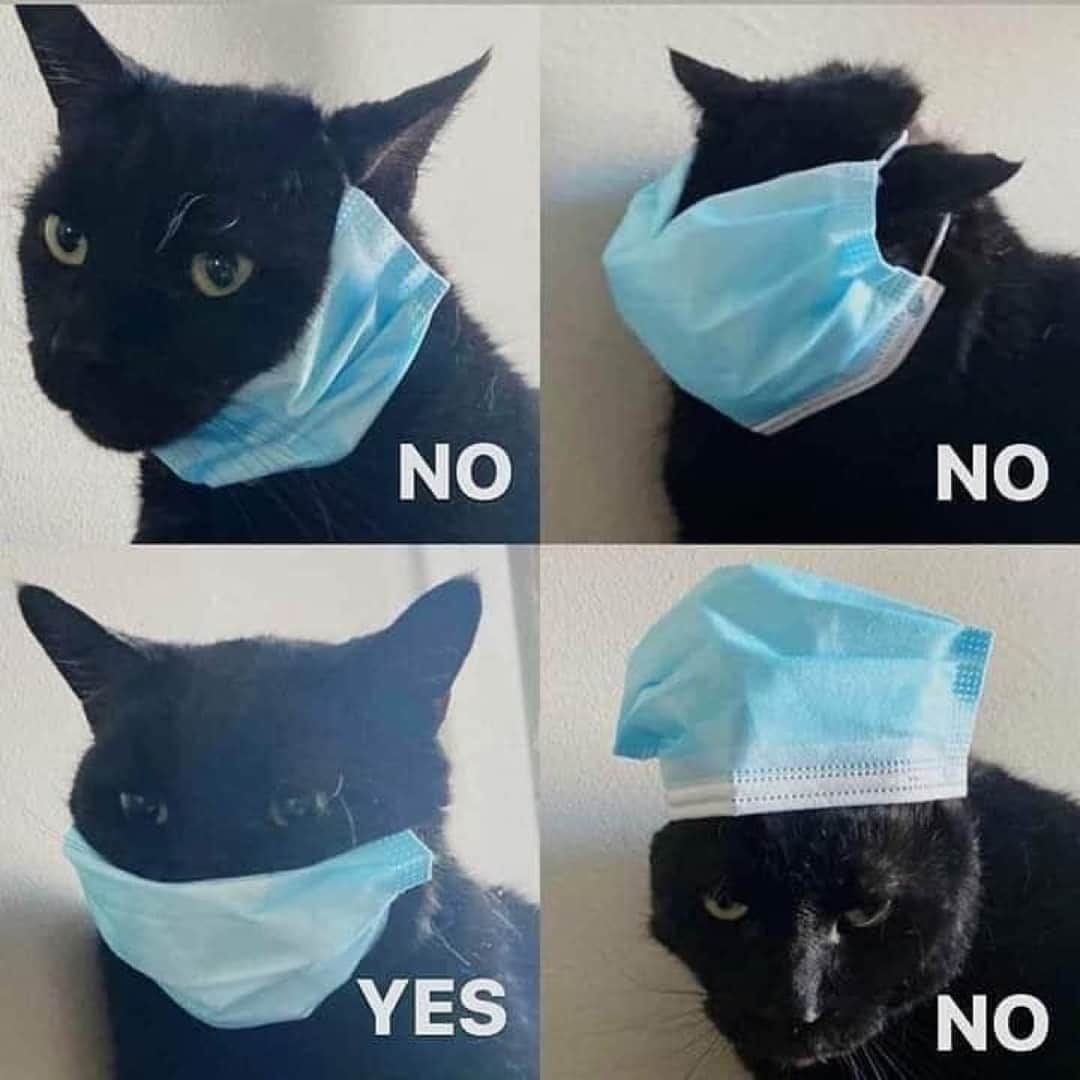 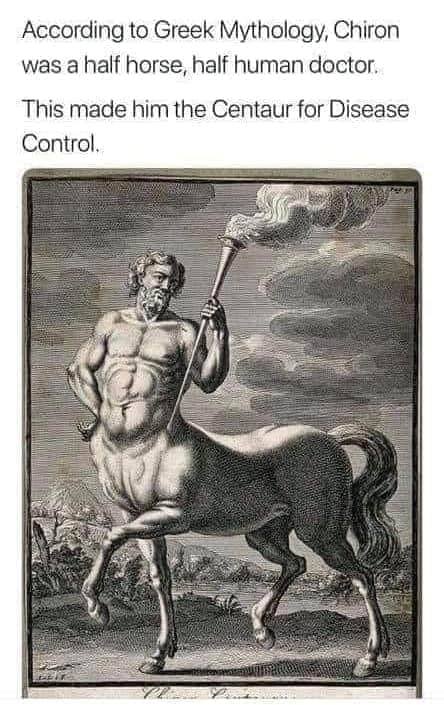 A trick to impress (or rather sicken) your friends. . . .

A tweet from Gethyn. I think the owl won this one. . .

An accidental encounter sends both cat and owl into intimidation mode.pic.twitter.com/gjmfgvAt9o

A tweet from Simon. This is pathetic with the cardboard cutouts standing in for live humans. What’s worse is that I’m told that Fox somehow inserts computer-generated crowds into its televised baseball games.

Whose mans is this? pic.twitter.com/6y6WTwX5FE

From cesar. Did you know that snakes yawned? I don’t think I’ve seen my ducks do it.

A snake yawning. As far as we know, all vertebrates yawn. There are lots of theories about why – which implies that we don't actually know why. Could be different reasons for different critters. https://t.co/aEmafqRMc5 pic.twitter.com/g4jK2kyqvb

So the Washington Post is running the Reagan Foundation, and RINO Paul Ryan is on the Board of Fox, which has been terrible. We will win anyway, even with the phony @FoxNews suppression polls (which have been seriously wrong for 5 years)! https://t.co/fOi3AROxuz

Check out this Medium article in which Voshart created realistic portaits of Roman Emperors from statues and other artwork:

What did I do during quarantine? 54 Machine-learning assisted portraits of the Roman Empire.

For this project, I transformed or restored (cracks, noses, ears etc.) over 800 images.https://t.co/yQWWIgfvjJ

A lovely bat. But why the orange in a noctunral animal?

The Painted Bat. It looks like Halloween and are just, super cute pic.twitter.com/mB331treX6

How did Jon Voigt become such a loon? (Sound up.)

NOTHING IS MOVING IN THE VIDEO BELOW:

I think this might be the best motion illusion I've ever seen. https://t.co/8KiuSqvNIM