This series of tweets was just emitted by Andrew Sullivan. Since his venue, New York Magazine, didn’t (“wouldn’t” is probably a better word) publish one of his columns a few weeks ago—probably because they didn’t like the subject, which was presumably the demonstrations following the death of George Floyd—I am guessing he’s been at odds with them, and has been looking for a new home. According to the stuff below, he’s found one.

He implies the reasons is not “his editors,” but what else could it be?

All the unwoke are being purged, or resigning. What will journalism be like without contrarian voices? 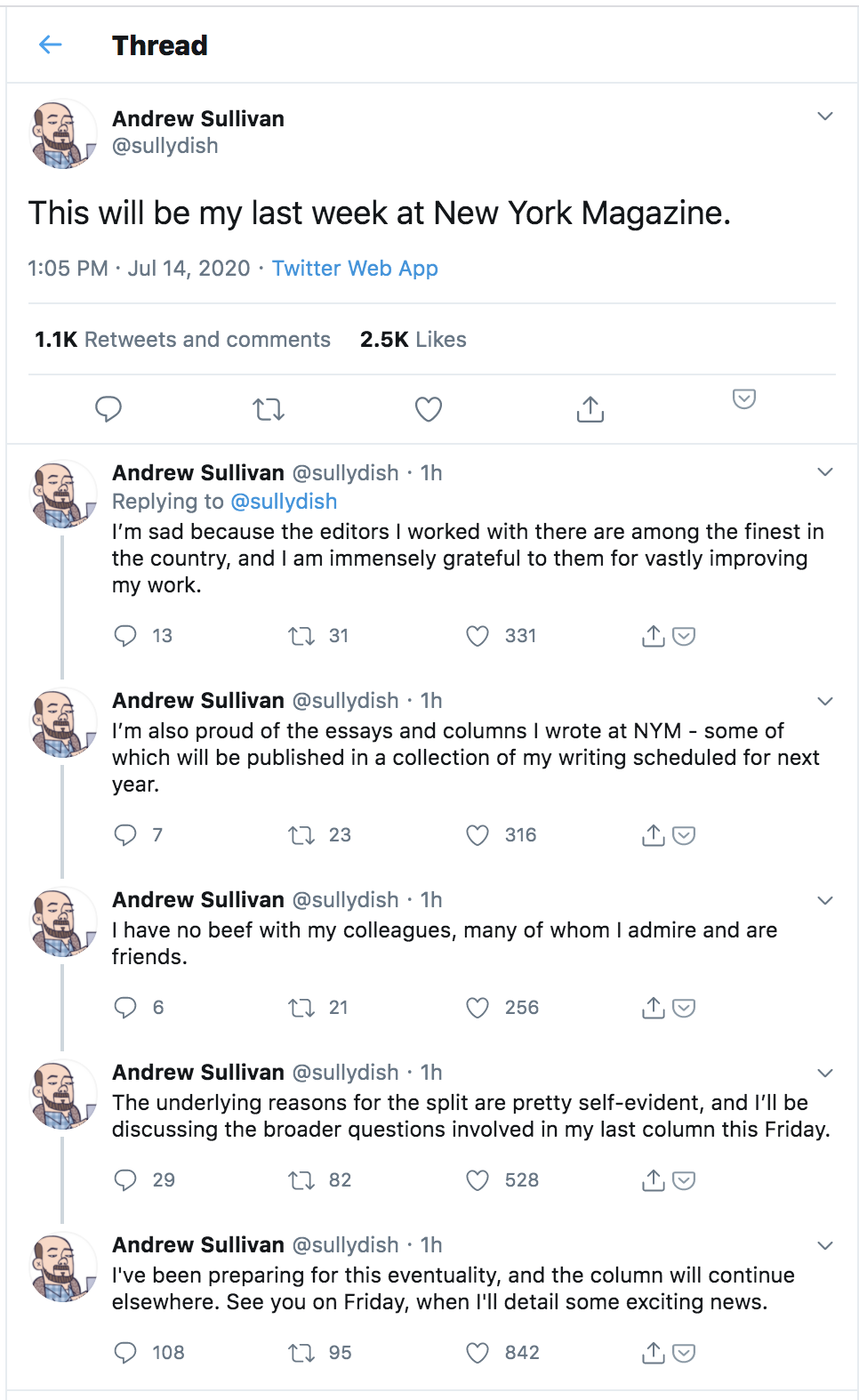