During the pandemonium surrounding the entry of Honey and Dorothy’s broods into Botany Pond at the beginning of May, reader David Campbell sent me some wildlife pictures. And, as sometimes happens, I forgot to put them in the “readers’ wildlife” folder. He reminded me, and, with apologies, here are some late photos. David’s captions are indented:

Descriptions follow.  The Cannon Spring photo [last one] is not the highest quality but the situation was so unique that I thought some of your readers would be interested.

Dog Puke Slime Mold (Fuligo septica) A plasmodial slime mold that frequently occurs on mulch around plants after heavy rains.  The gross factor made it a big hit with my students when it appeared in the ornamental plantings outside my classroom.  It has no odor.  I am waiting for someone to come up with a Hairball Slime Mold. 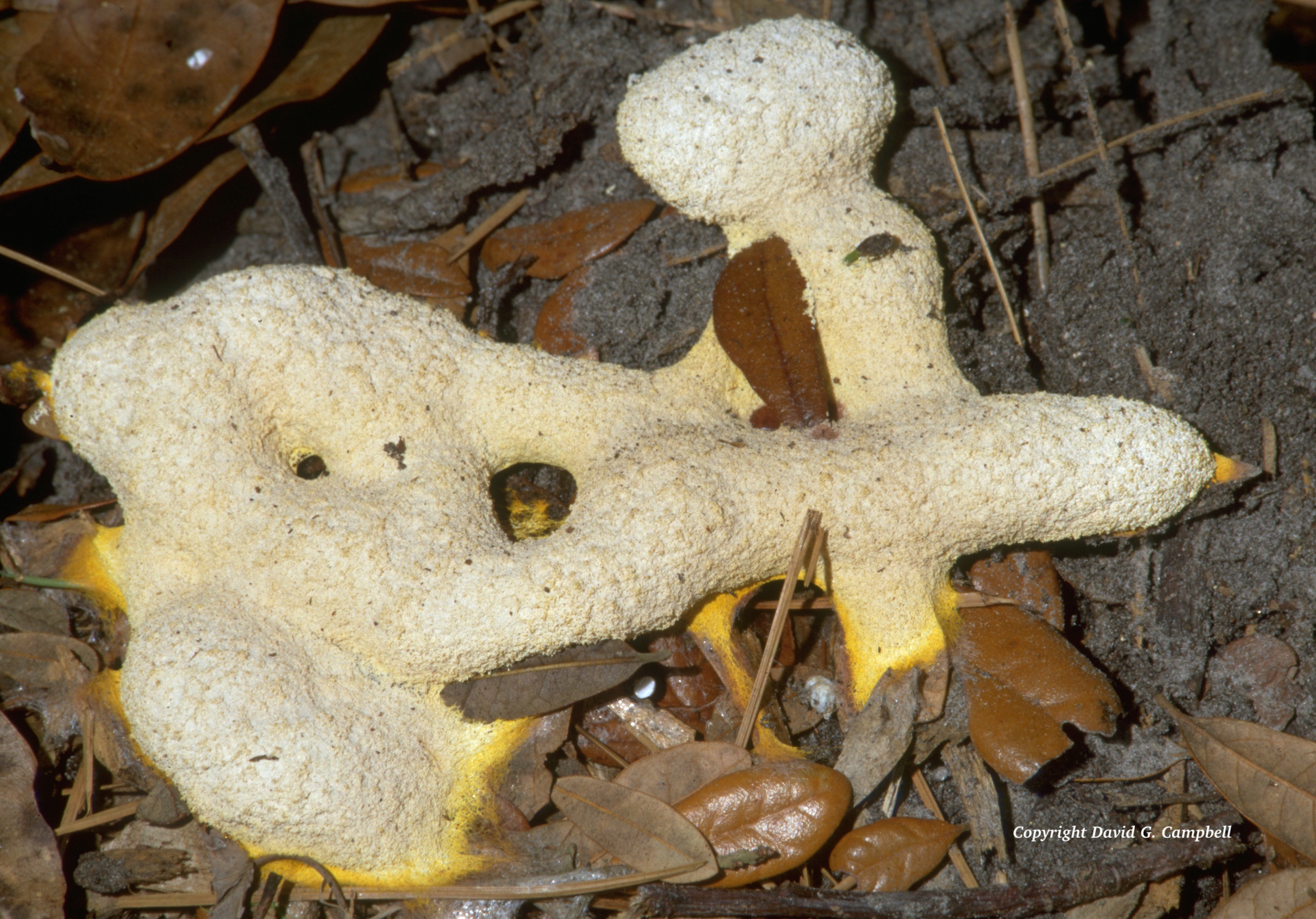 Sailfin Catfish, Pterygoplichthys sp. Photographed in Silver Glen Springs in the Ocala National Forest of Florida.  Sailfins are exotic invasives that I have seen in a lot of springs in the St. Johns River basin.  Two species of Pterygoplichthys are found in Florida and frequent hybridization makes identification to species difficult.  Sailfin catfish are edible but they are encased in a hard, bony armor so cleaning them is difficult.  Some people simply cook them “in the shell” and peel them apart. 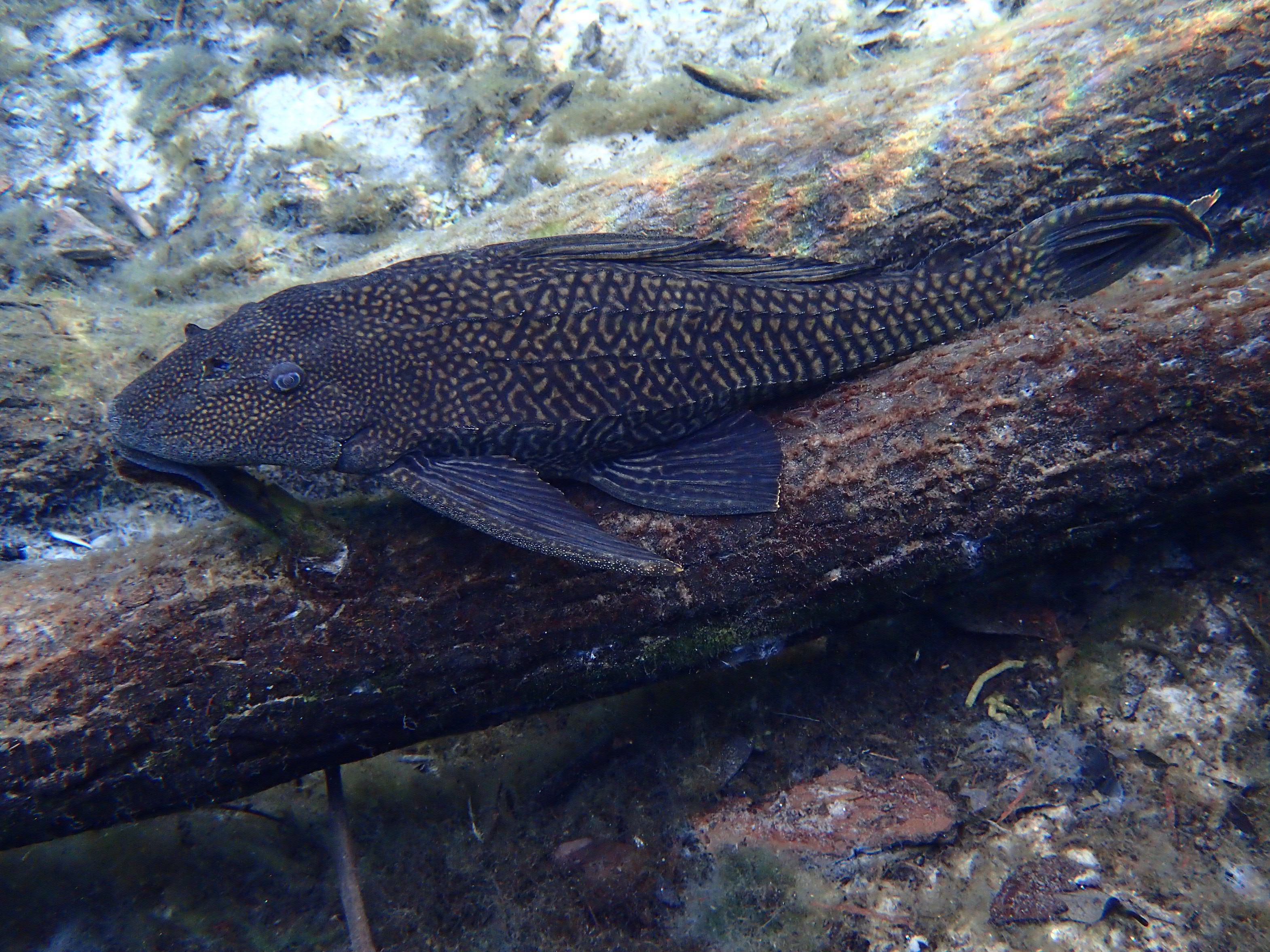 Blue Crab (Callinectes sapidus).  Blue crabs are anadromous, occurring in both fresh and salt water.  This one was photographed about 15 feet below the surface at the mouth of a freshwater spring in the Ocala National Forest. 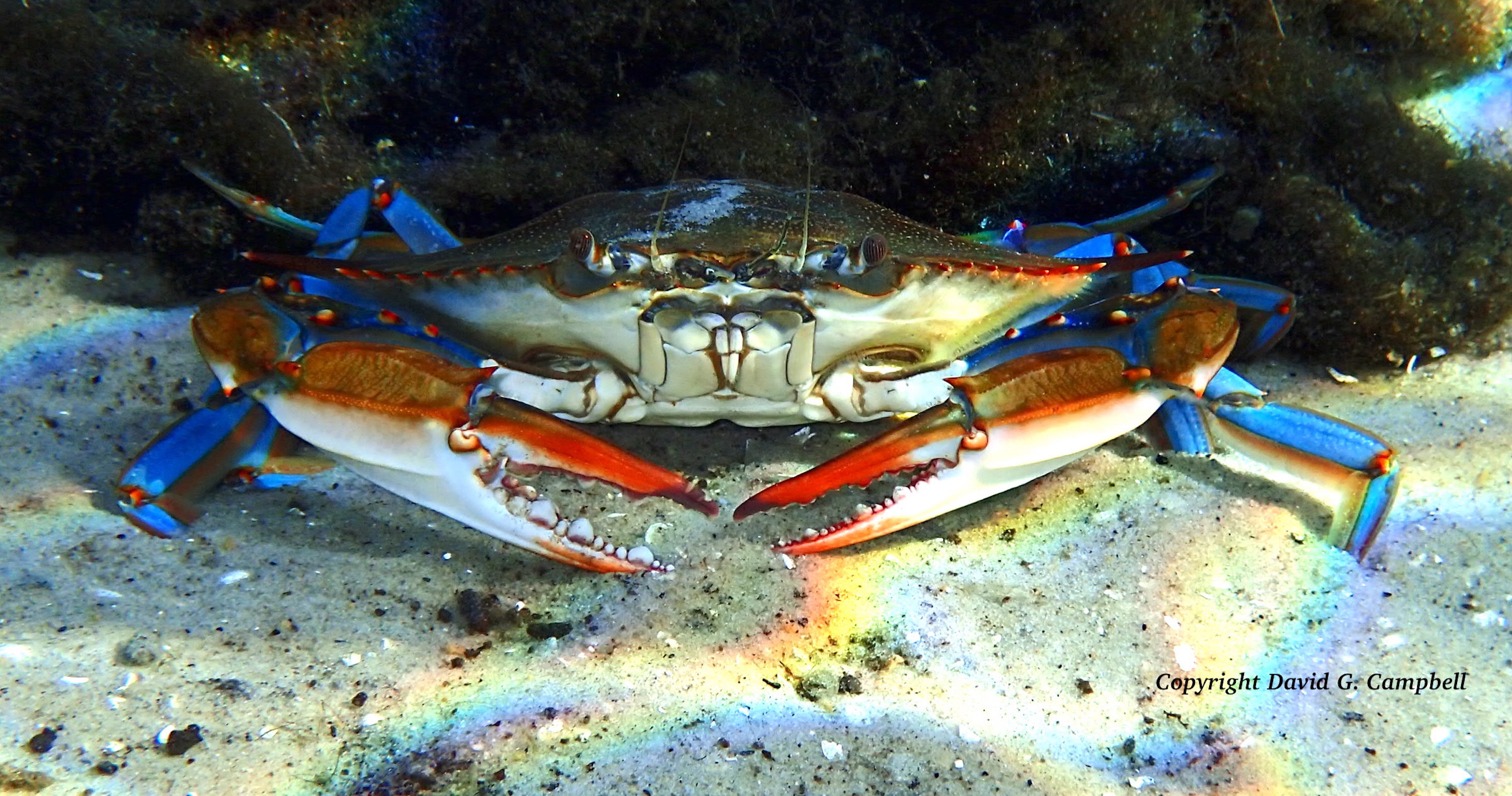 Florida Gar (Lepisosteus platyrhincus) Gars look intimidating but are not aggressive toward swimmers.  This meter long fish swam over to examine me and then went back under nearby overhanging vegetation to do what gar seem to spend most of their time doing, sitting motionless in the water column. 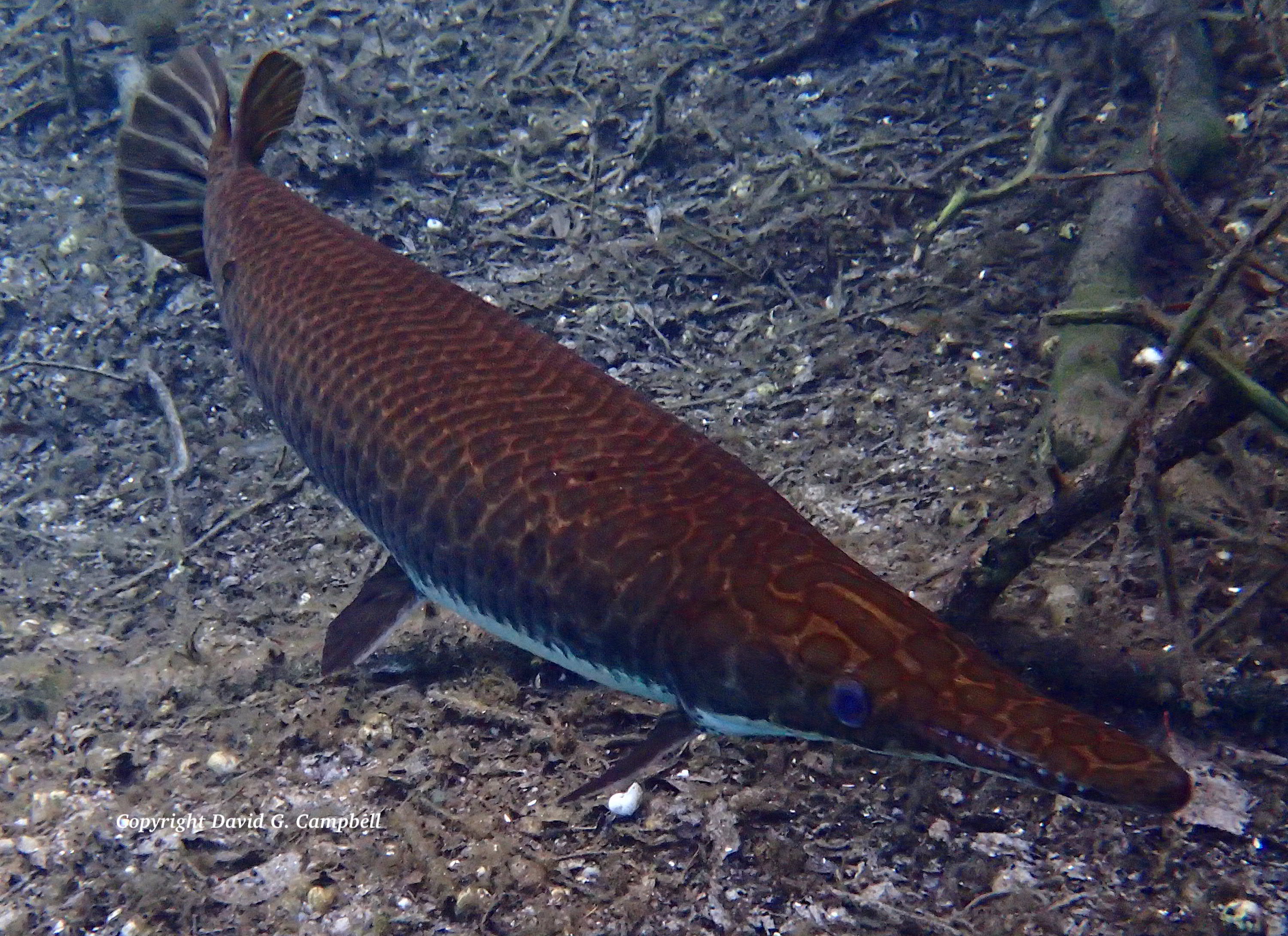 Green Fly Orchid (Epidendrum magnoliae).  A native epiphytic orchid that is found as far north as North Carolina.  Different plants bloom at different times of the year, sometimes as late as December in Florida.  The flowers are quite small and easily overlooked but worth the effort to find. 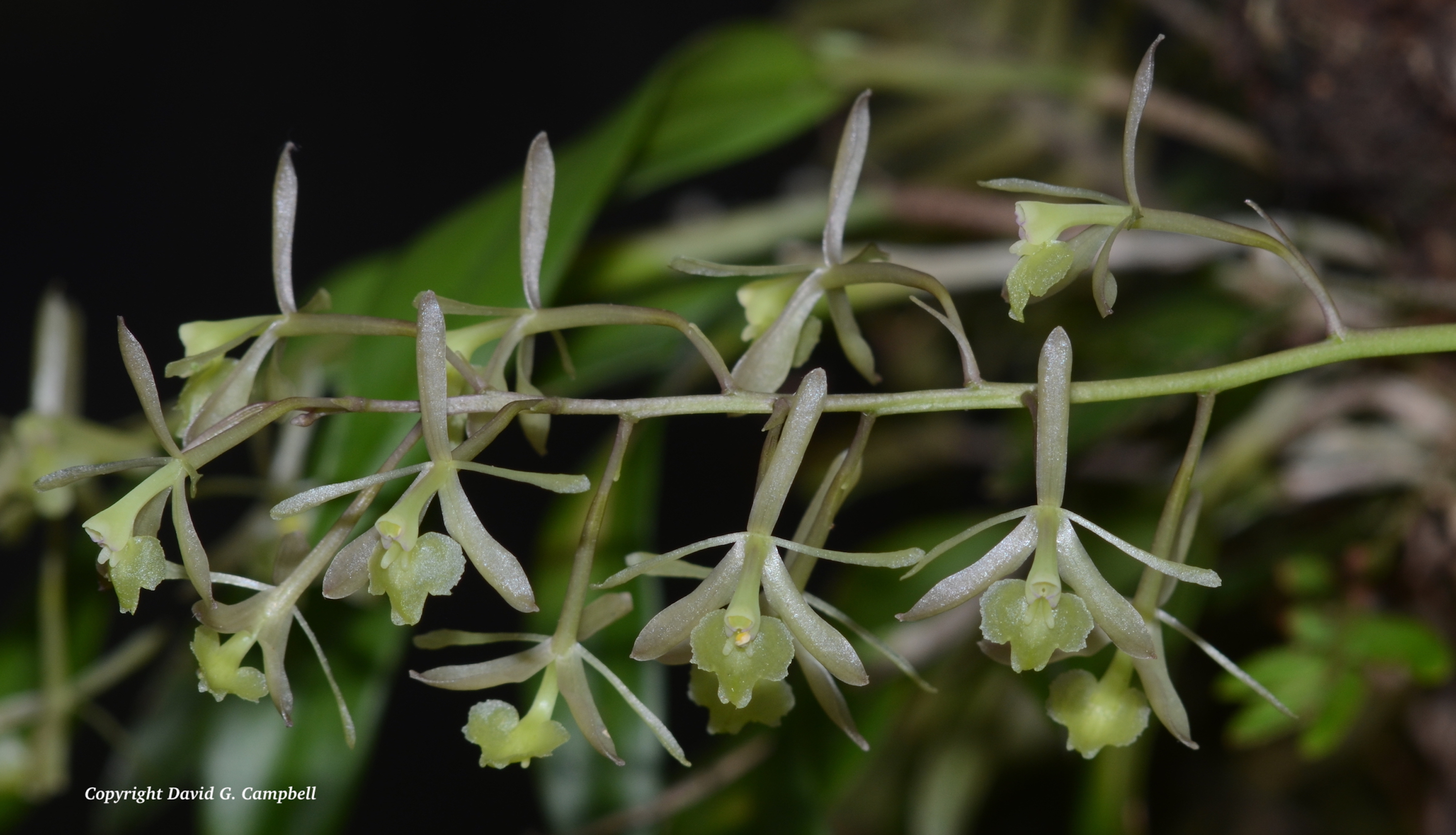 Sidewinder (Crotalus cerastes).  Photographed in Arizona.  This is one of the smaller rattlesnakes and this individual was typically nervous and aggressive.  The right infrared sensing pit is visible forward of the eye.  Like many other pit vipers, sidewinders hunt at night and use infrared radiation from homeothermic prey in the final localization stage of hunting. 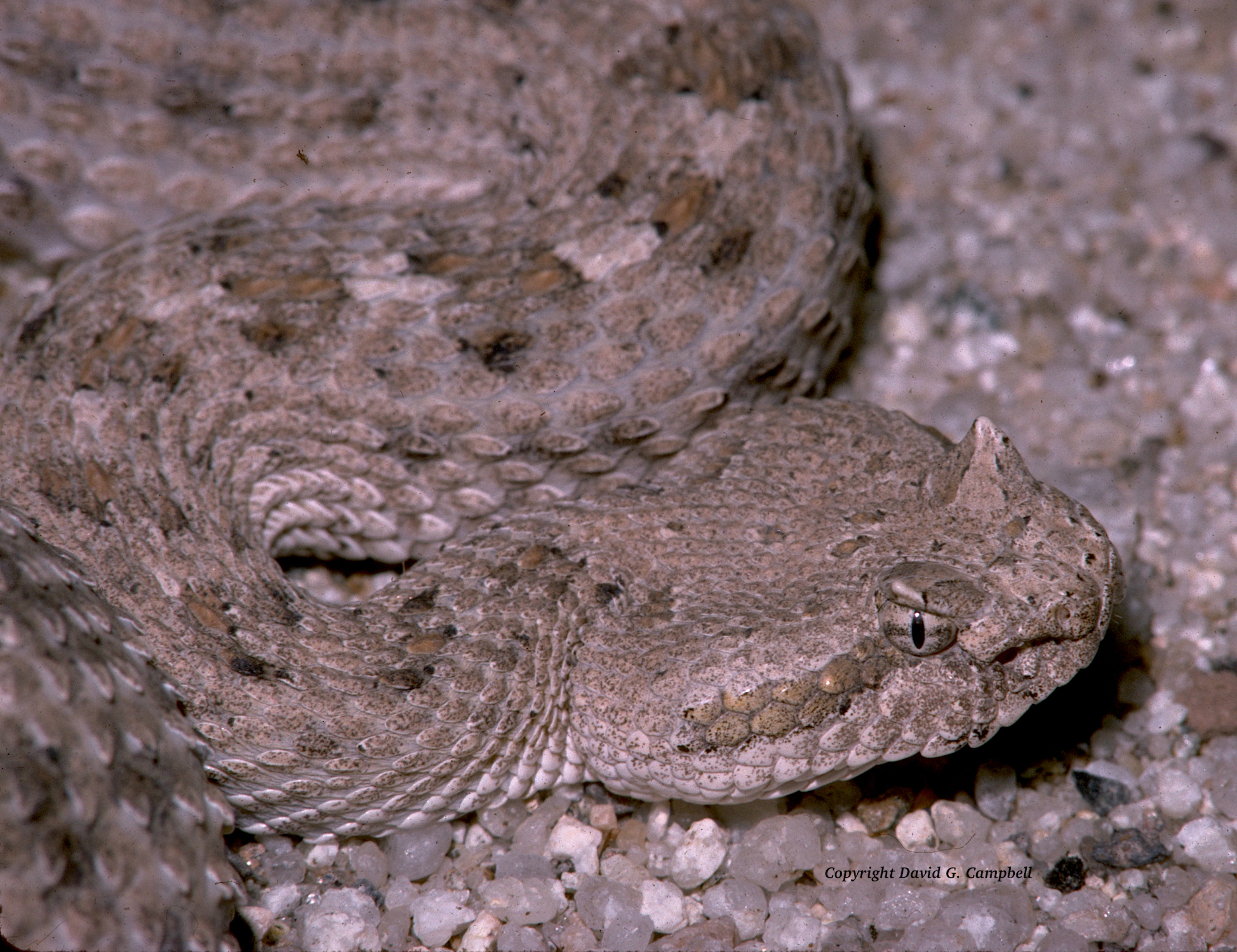 Monarch Butterfly (Danaus plexippus).  Two photos of a chrysalis, the pupa of this familiar butterfly.  These photo were taken three days after pupation.  The first photo was taken using conventional front lighting.  Clearly visible in the “skin” of the pupa are the outlines of wings, antenna, respiratory spiracles, and abdominal segmentation.  The second photo, taken during the same session, shows the chrysalis backlit.  Notice that the lower two thirds of the pupa is translucent with little or no visible structure.  Small clusters of cells are already organizing development of major butterfly organs and tissues from the products of broken down larval tissues. 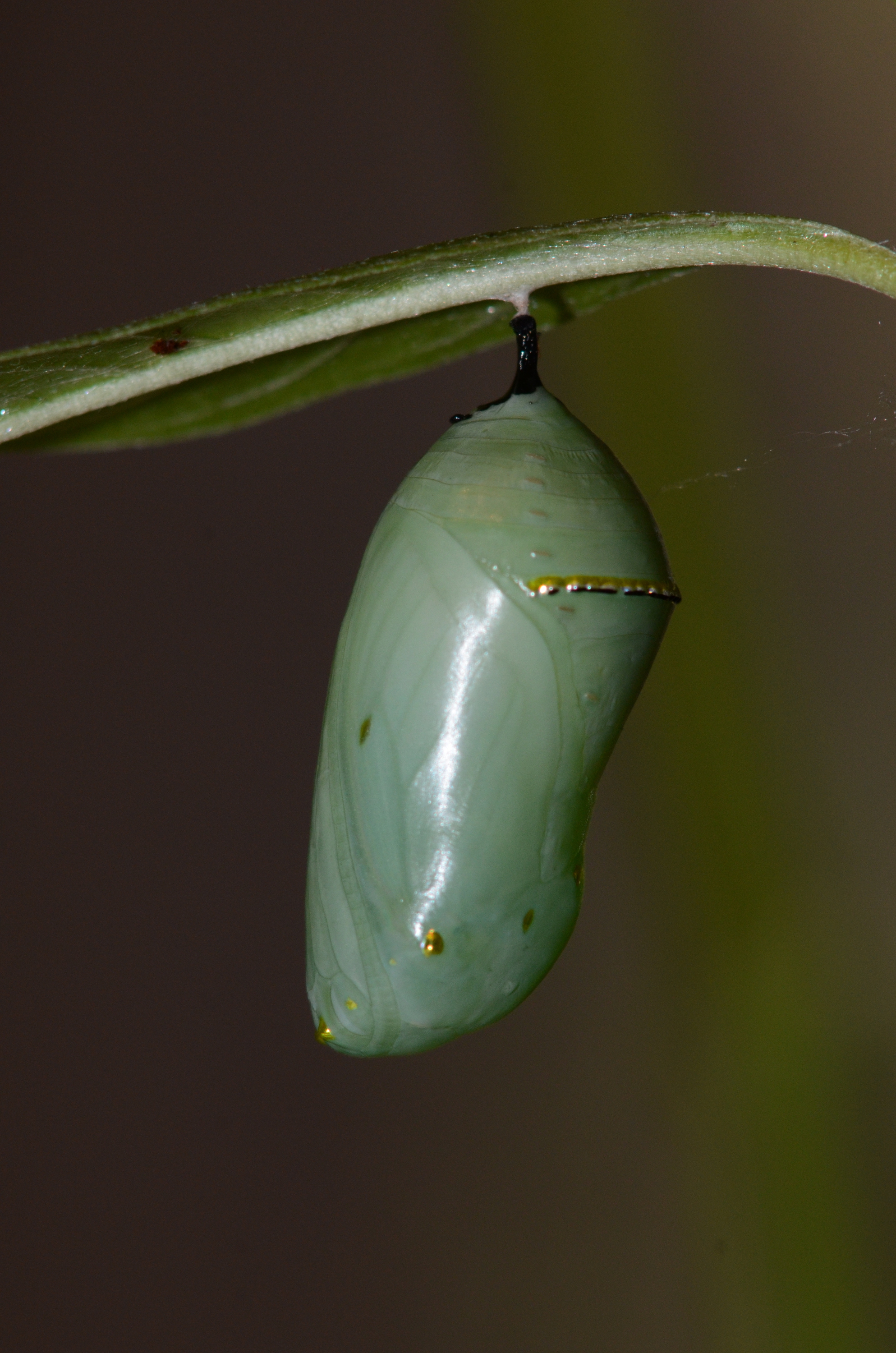 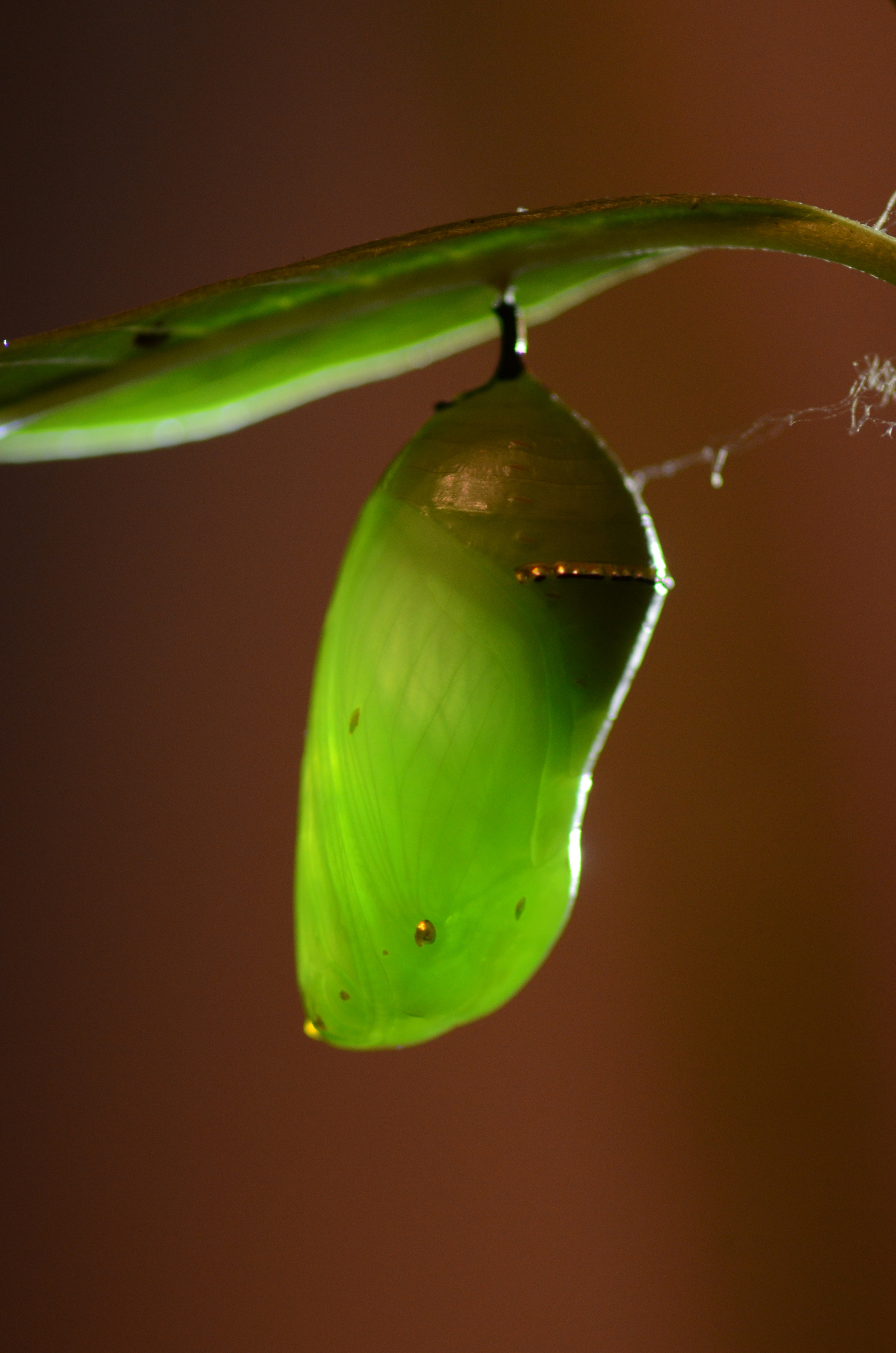 Unicorn Caterpillar Moth (Schizura unicornis).  This is one of the more unusual Notodontidae caterpillars and was found feeding on an antique rose in the garden.  I moved it to a less valuable Cherokee rose where it continued feeding.  The adult is a nondescript little moth with a 25-35 cm wingspan. 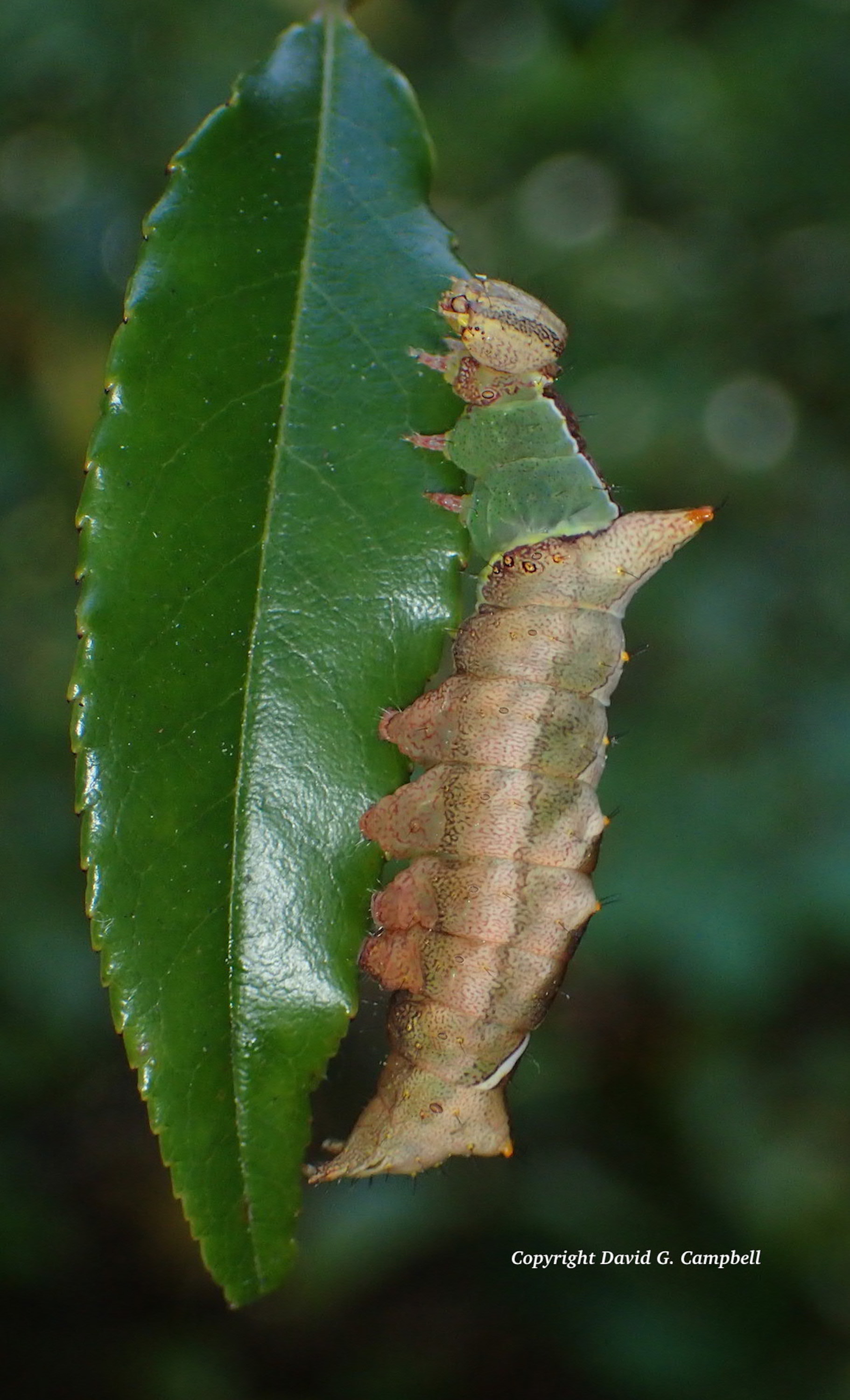 Cannon Springs, Ocklawaha River, Florida.  This is a grab shot of something that is only visible for a month or two every three to four years.  Back in the 1960s the Army Corps of Engineers conceived and began construction on a barge canal connecting the Gulf of Mexico with the Atlantic Ocean, cutting across the Florida peninsula around the same latitude as Ocala.  One of the most beautiful rivers in Florida, the Ocklawaha was dammed to provide a wider and deeper channel for barges using the canal.  The resulting reservoir covered more than a dozen freshwater springs including several large ones.  President Nixon halted the canal construction before it could be finished but the dam remains and attempts to dismantle it and begin restoring the river have failed due to political resistance.

Every three to four years the Corps draws down the water level in the reservoir and, for a few weeks, several of the “lost” springs reappear.  Cannon is one of them.  I had planned on snorkeling here to photograph the fish and spring but I was the only human within miles and I never swim alone, especially when there is a five foot alligator sunning on the bank.  This photo was taken by holding the camera underwater as I floated nearby.  The larger of the two spring basins is in the background including the two vents where water flows out fast enough to keep the limestone clear of debris.  Also visible are several species of fish including lake chubsucker (Erimyzon sucetta), largemouth bass (Micropterus salmoides), chain pickerel (Esox niger), and bluegill (Lepomis macrochirus).  The spring is now submerged beneath four additional feet of murky brown water and won’t be visible again until at least 2023.