Reader Charles Sawicki contacted me with two links to articles about the 1918 “Spanish Flu” pandemic that killed 5 million people worldwide (the first victim was actually in Kansas), and the similarities between those times and ours. In particular, the two articles below and the photos sent by Charles, deal with the mandatory wearing of face masks in the early pandemic, decreed by several cities and states. Then, like now, there were strong opponents of mask wearing. (One person was even shot for not wearing one.) Here’s Charles’s note:

There are interesting similarities between the Spanish flu and our present situation. For example, San Francisco required masks and had an anti-masking league form to resist mask wearing. People were arrested for not wearing masks and as we have seen today, violence sometimes resulted. The same sort of hand washing was recommended as well as some crazy preventative measures. It seems, in some ways, as a society, that we have not changed much in 100 years.

Here are two article about mask-wearing and resistance to it in 1918 and 1919; the first is a long article in Perspectives in Medical Humanities, and the second an article from History. If you want a quick take, read the shorter one, but the first has lots of good photos and illustrations. Click on either screenshot to read.

San Francisco, which initially closed schools, churches, bars, and most businesses as well as imposing mandatory mask wearing for anyone outside their home, is the subject of both of these pieces, because an “Anti-Mask” League formed there in staunch opposition to mask-wearing? Why? Businessmen said that even for open businesses the masks would hurt their sales because people supposedly didn’t want to venture out wearing masks; many people argued that they were ineffective (people wore gauze surgical masks made from cheesecloth) and that they were uncomfortable; and people protested that this was an unconscionable government interference with their freedom. Sounds familiar?

Charles also sent some nice pictures associated with the 1918 pandemic (it killed my paternal grandmother the year my dad was born, so he never knew his mom).

Another reliving of history. At the time they didn’t know what the infectious agent was, as viruses weren’t well known then; the first photos of them were obtained only in 1931, so they were defined as infectious agents that could pass through filters that would stop bacteria. 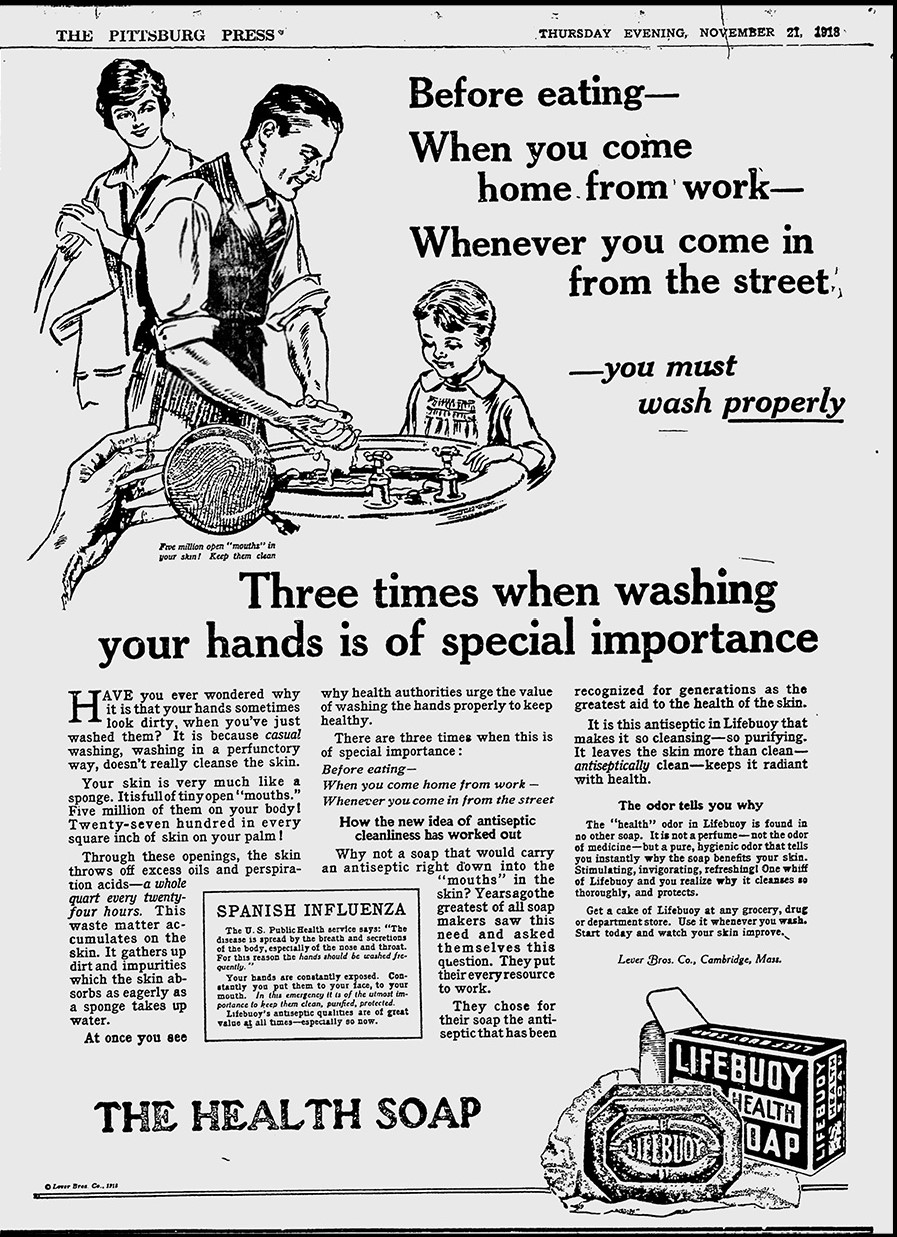 Social pressure from the Red Cross: 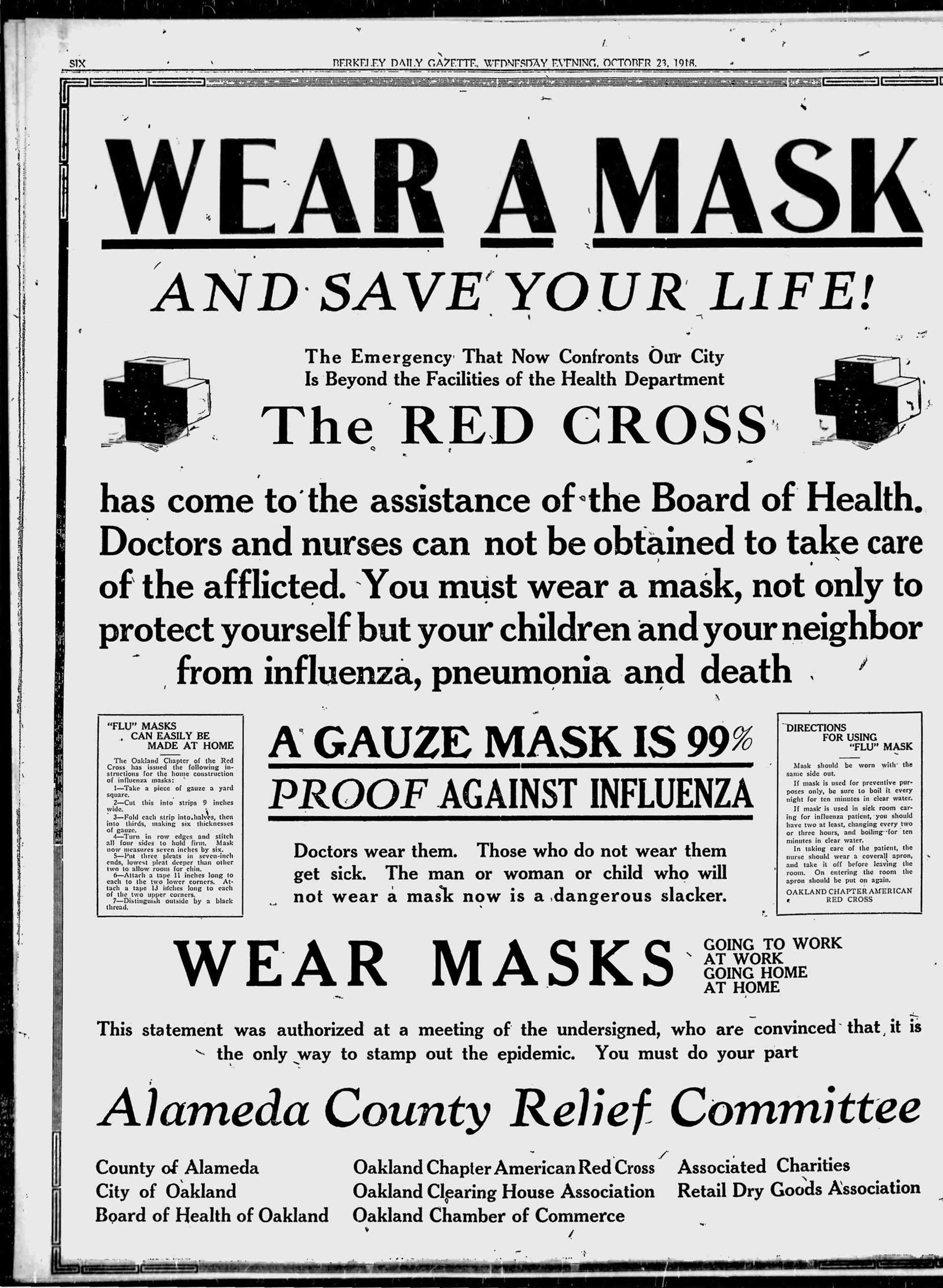 Someone who wouldn’t wear a mask was shot by a health inspector: 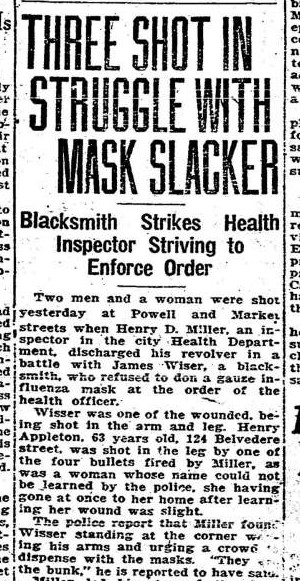 More “mask slackers”!  (That’s a great term; why isn’t it used today?) The fines for not wearing one were substantial, and could include jail time: 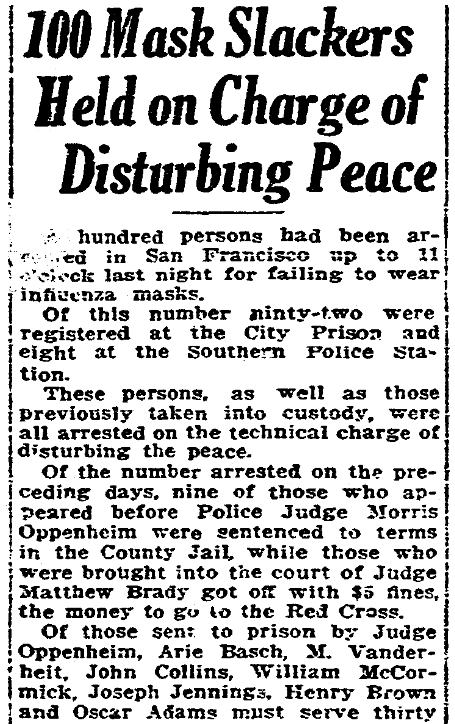 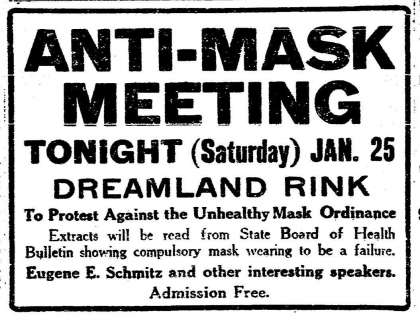 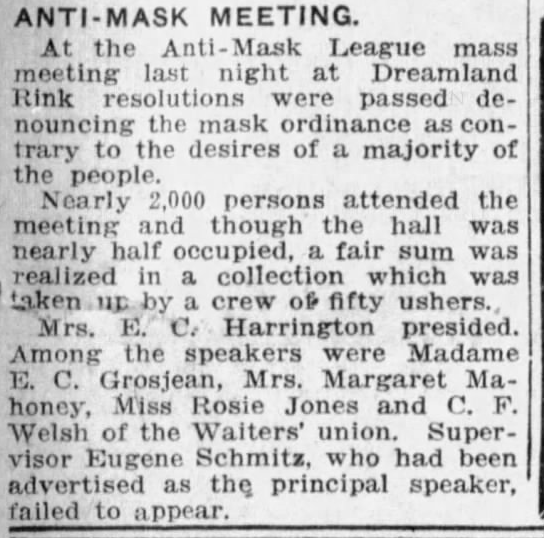 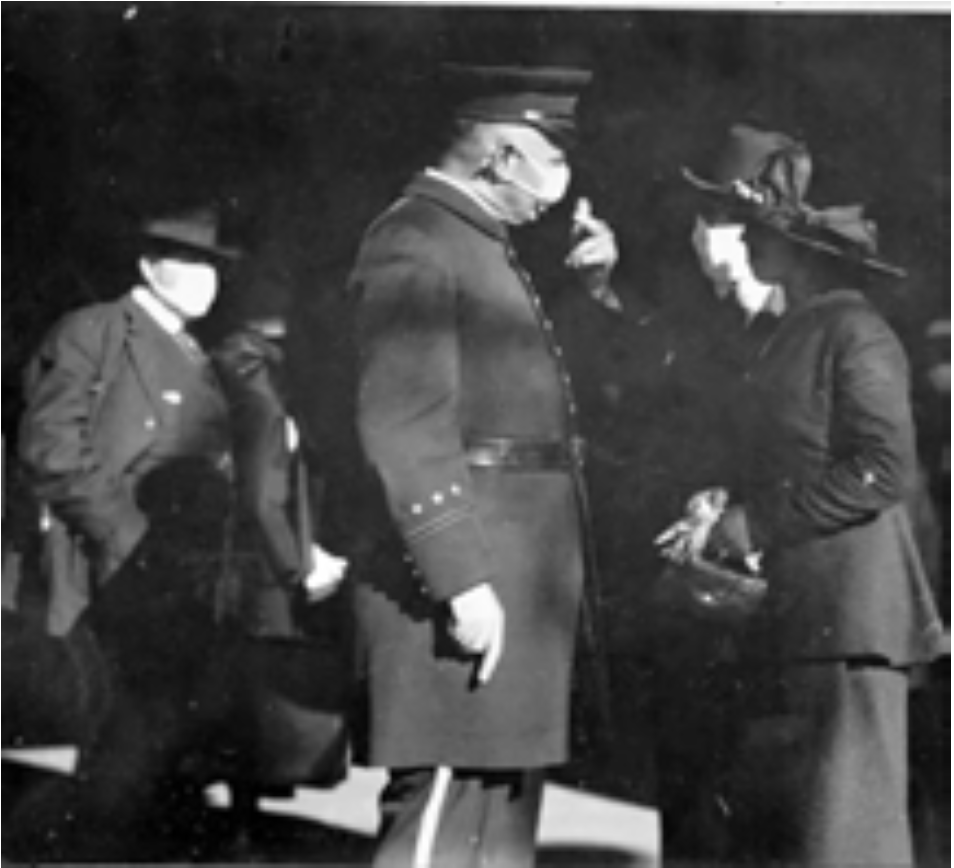 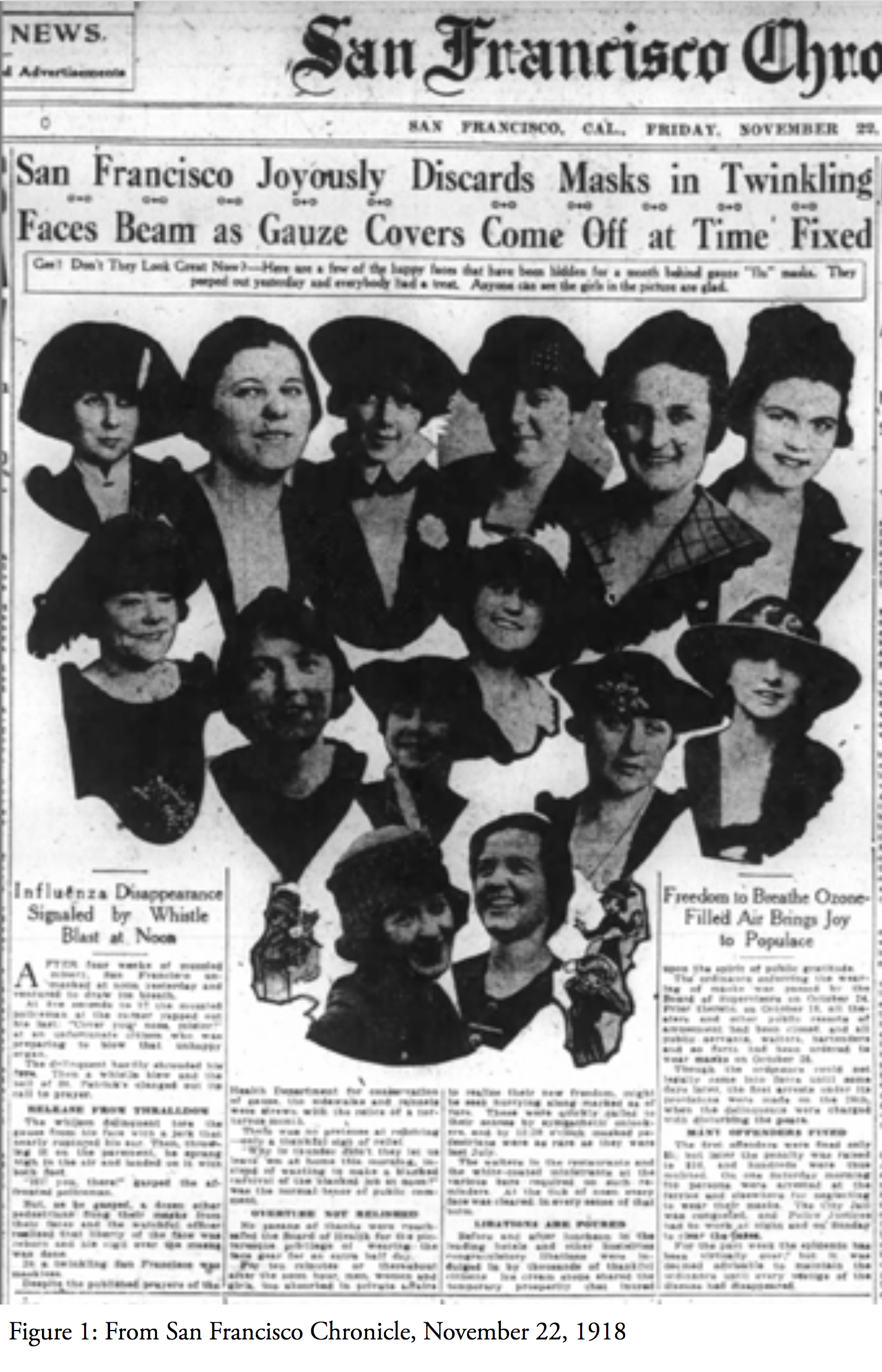