Good morning on Sunday—Ceiling Cat’s Day, for truly the Sabbath was made for cats, not cats for the Sabbath. It’s May 24, 2020, and National Escargot Day (cultural appropriation), and I cannot abide the snail, though I’ve tried them in France. It’s also Asparagus Day.

News of the Day: Terrible, and it makes me quite low. As I wend my way closer to the Big Nap, I see that my remaining time will be constricted by the ravages of Covid-19. I am no longer young and can’t look forward to many good years. Yes, I know others have it worse, and I wish they wouldn’t, but I, at least, can’t assess life satisfaction based on everyone who’s less well off. If one did that, then everybody but the worst-off person in the world should be consoled.

Today’s reported Covid-19 death toll is 97,426, so not quite the 100K highlighted in the papers (see below); but that will come. The world death toll is now roughly 342,000. The disease is beginning to ravage both Africa and, especially, South America. The news from Brazil, with mass deaths and a medical system unable to cope, is especially depressing.

The picture associated with that tweet has disappeared, but here’s part of the front page, which lists the names of everyone who died of the virus (I presume the list continues inside, and is fairly complete):

For some reason I can’t embed that tweet, which had the graphic below, but here’s the front page: 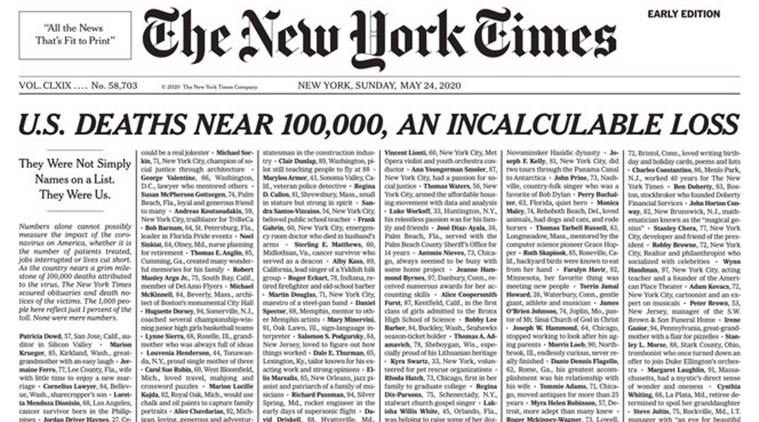 And I find the tweet below a bit harsh; Trump is far from the only person who mishandled the pandemic:

Finally, I find this suggestion quite dispiriting:

No, that’s now what I need. I need to go to Poland, to Antarctica, to Paris, and many places yet unvisited. Making a virtue of necessity, the author suggests we can have a lot of fun vacationing in our own countries. Wismayer suggests, for instance, that Britons should visit their seaside towns, which have become neglected and decrepit. Should they re-create Butlin’s holiday camps? Develop a taste for Brighton Rock? Oy!

Stuff that happened on May 24 includes:

Here’s an early newsreel shows an early Sikorsky helicopter setting a record for duration of “flight in suspension”: 92 minutes.

Trotsky was murdered, again on Stalin’s orders, on August 21 of that year, with an ice axe to the skull.

Here are some of the Freedom Riders’ mug shots. Note that, contrary to the assertions of the 1619 project, there were many whites, young and old, secular and religious, who fought alongside African-Americans (the main impetus, of course) for an end to segregation: 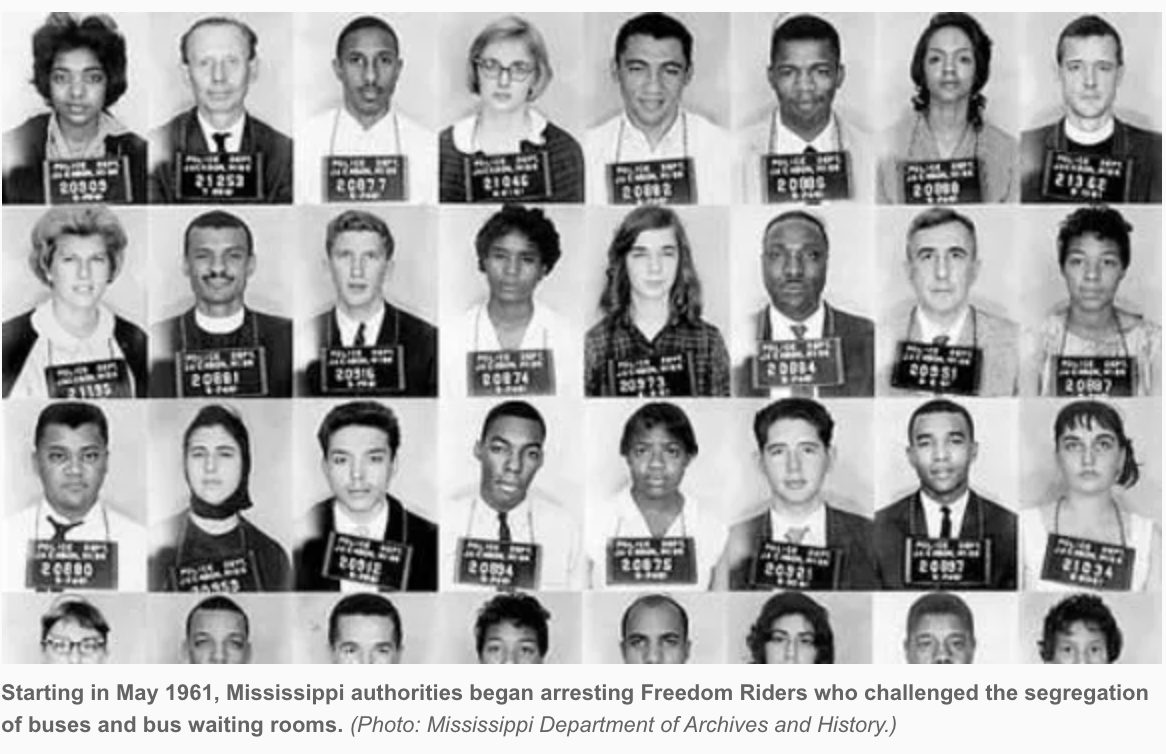 In fact, California cabernets beat Bordeaux in this blind tasting, a result repugnant to the French. Here’s a picture from Wikipedia of some of the competing wines, with their caption:

If you want to know how the freezing and boiling points of water were set at 32 and 212 degrees respectively in this cumbersome system, read here.

Notables who took the Big Nap on May 24 were few, and include:

Here’s the Duke and his band playing “It Don’t Mean a Thing” in 1943, just after the Band reached its peak (the “Blanton-Webster” incarnation) in 1942. The quality of the video is poor but the sound is smoking:

Szaron: Why are you looking at me like that?
Hili: So you know who is in charge here. 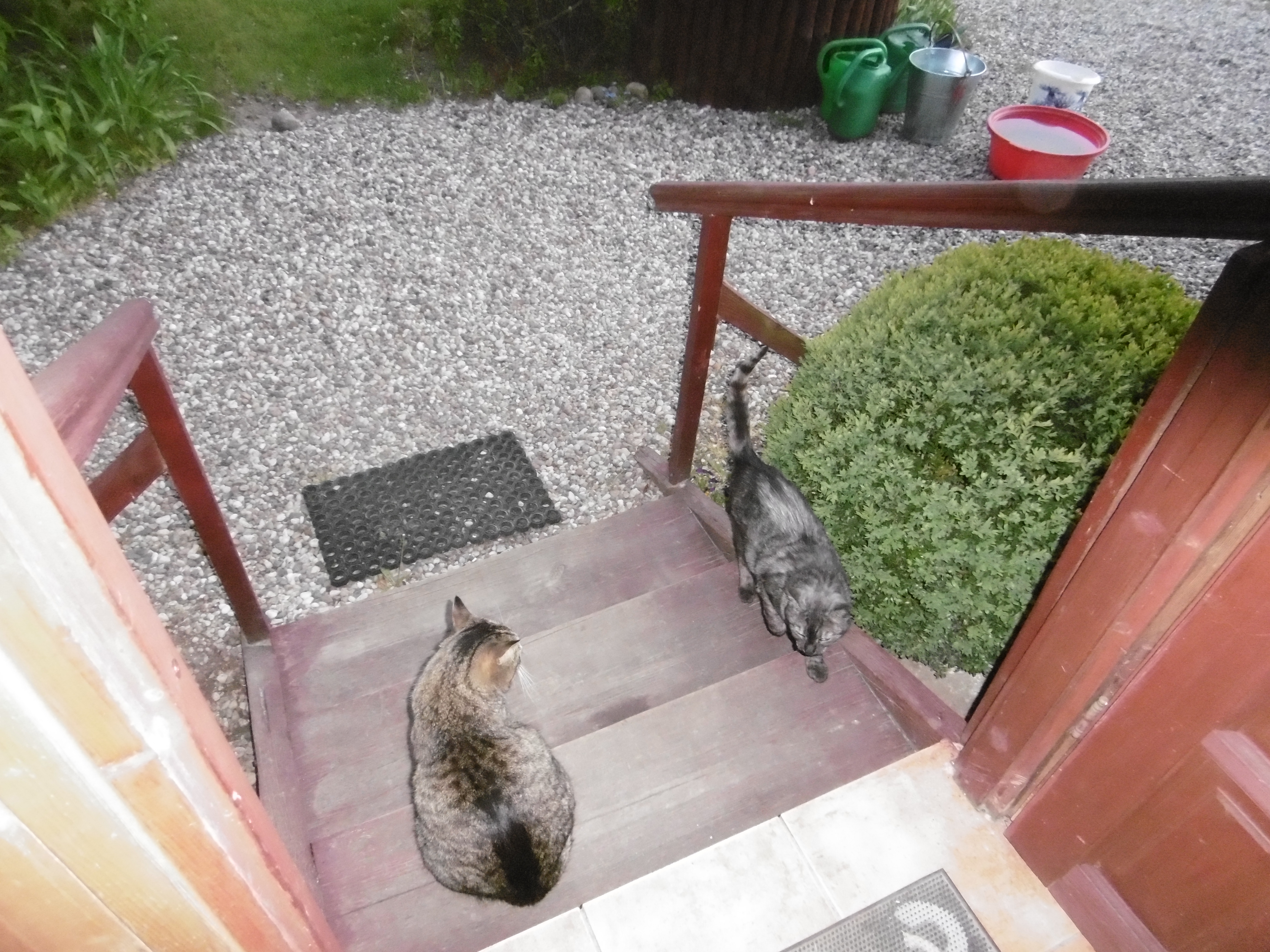 And nearby, at the site of their future home, Leon and Mietek ponder the haying of the big field next door:

Mietek: Will not this haying harm our voles? 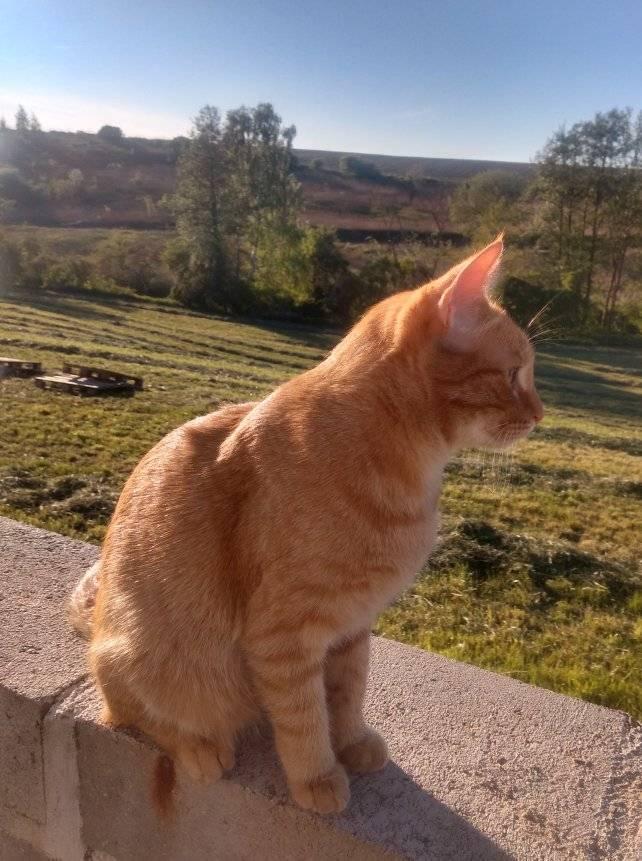 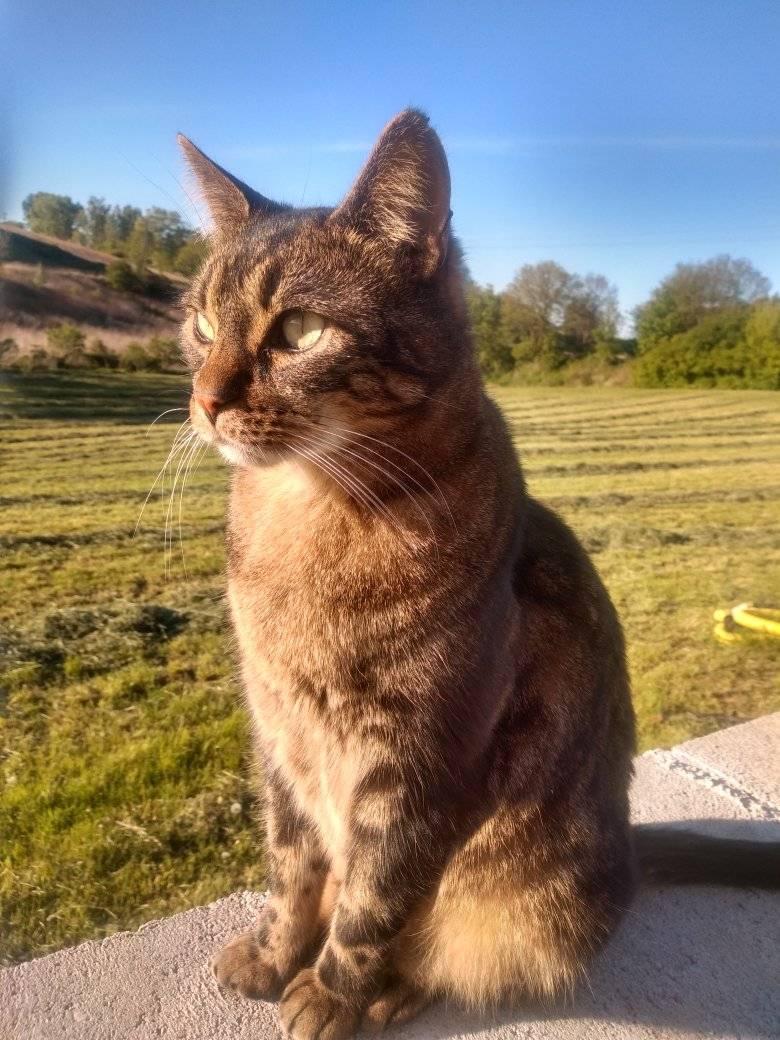 Two memes from Bruce Thiel. This first one’s a groaner of the good kind: 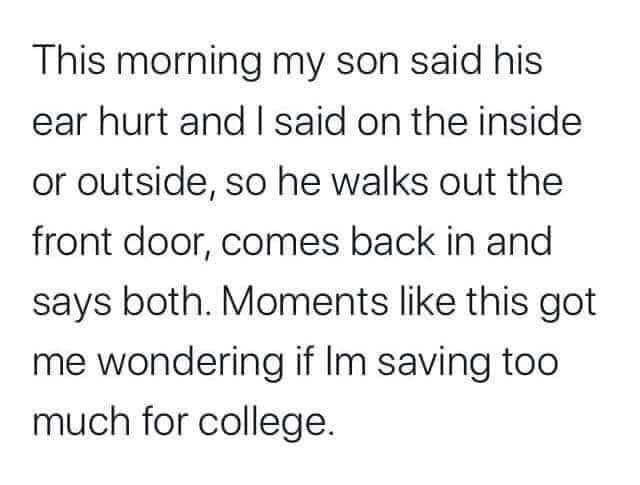 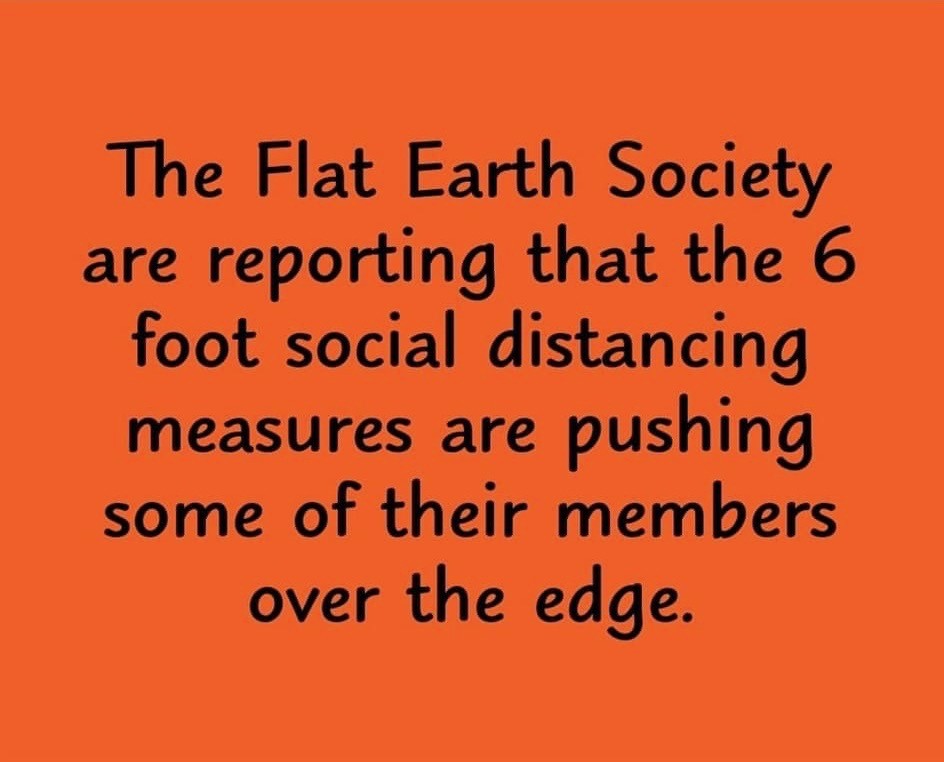 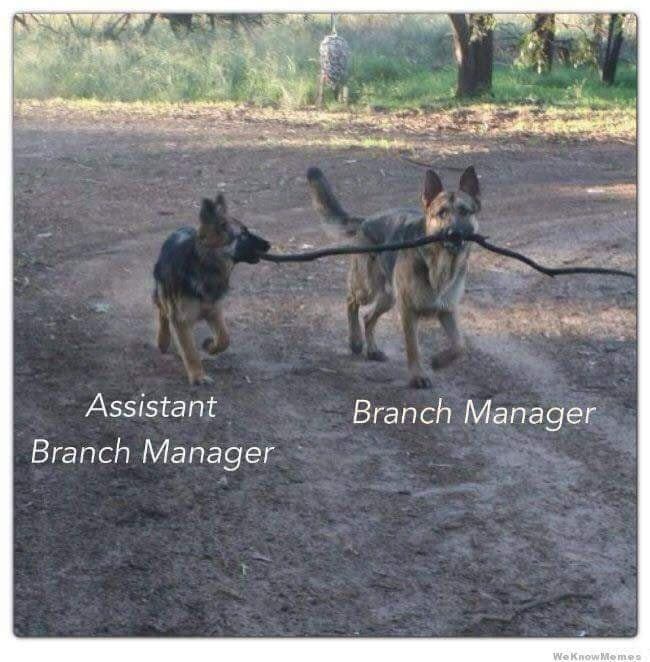 A tweet from Matthew that I retweeted with a similar story of my own (I’ve related it here before):

I had a similar drug-induced "revelation" in the 60s. While I was having hallucinations & revelations, I hit upon a profound truth. It was so profound that I wrote it on a piece of paper and put it in my pocket. When I read it the next day, it said, "The walls are f*cking BROWN." https://t.co/VT3DVLoDE9

Two tweets from Clementine Ford (posted by Isabelle); supposedly a joke, but the mask slips in her second tweet: 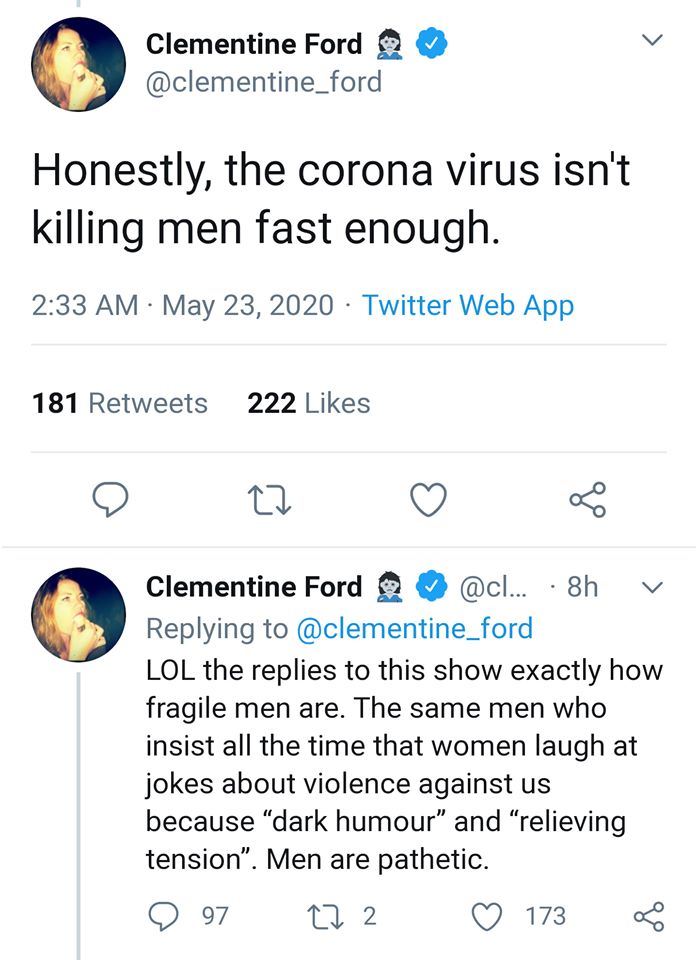 Below: good news from The Friendly Atheist. I wrote about this issue earlier this year when Alaska’s Matanuska-Susitna School Board,(MSSB) serving the second largest school district in Alaska (about 16,000 students), pulled these 5 books from the 11th and 12th grade reading lists (that’s 17- and 18-year olds!):

“Invisible Man” by Ralph Ellison
“Catch-22” by Joseph Heller
“The Things They Carried” by Tim O’Brien
“I Know Why the Caged Bird Sings” by Maya Angelou
“The Great Gatsby” by F. Scott Fitzgerald.

A tweet sent by reader Barry, featuring our own Matthew Cobb identifying a parasite removed from a wasp (a successful operation!). Strepsiptera are endoparasitic insects parasitizing other insects, and have a bizarre life cycle. Read about them here.

A tweet from reader Ken. Henry Ford was a bigot and a notorious anti-Semite. Here Trump touts him for Ford’s “good bloodlines.”

The President says the founder of Ford has good bloodlines.. If you’re not familiar with Henry Ford, I would encourage you to read more about him and specifically his actions during WW2 pic.twitter.com/vniaOSR2sX

There you go – something to briefly take your mind off this nonsense. A COCKROACH FART, FOSSILISED IN AMBER. https://t.co/yVvemxdCIF

This feat is absolutely unbelievable. What humans won’t do for kicks! Sound up, please.

Ceiling possum! How dare they criticize this animal?

Good morning to everyone except this possum whose sleeping bum poked a whole in our ceiling pic.twitter.com/Q2sGeey7YZ