This week’s duck species again comes from evolutionist John Avise. Look at the photos, see if you can identify the species, and then go below the fold to see the ID, some information, and a range map. Learn your ducks! 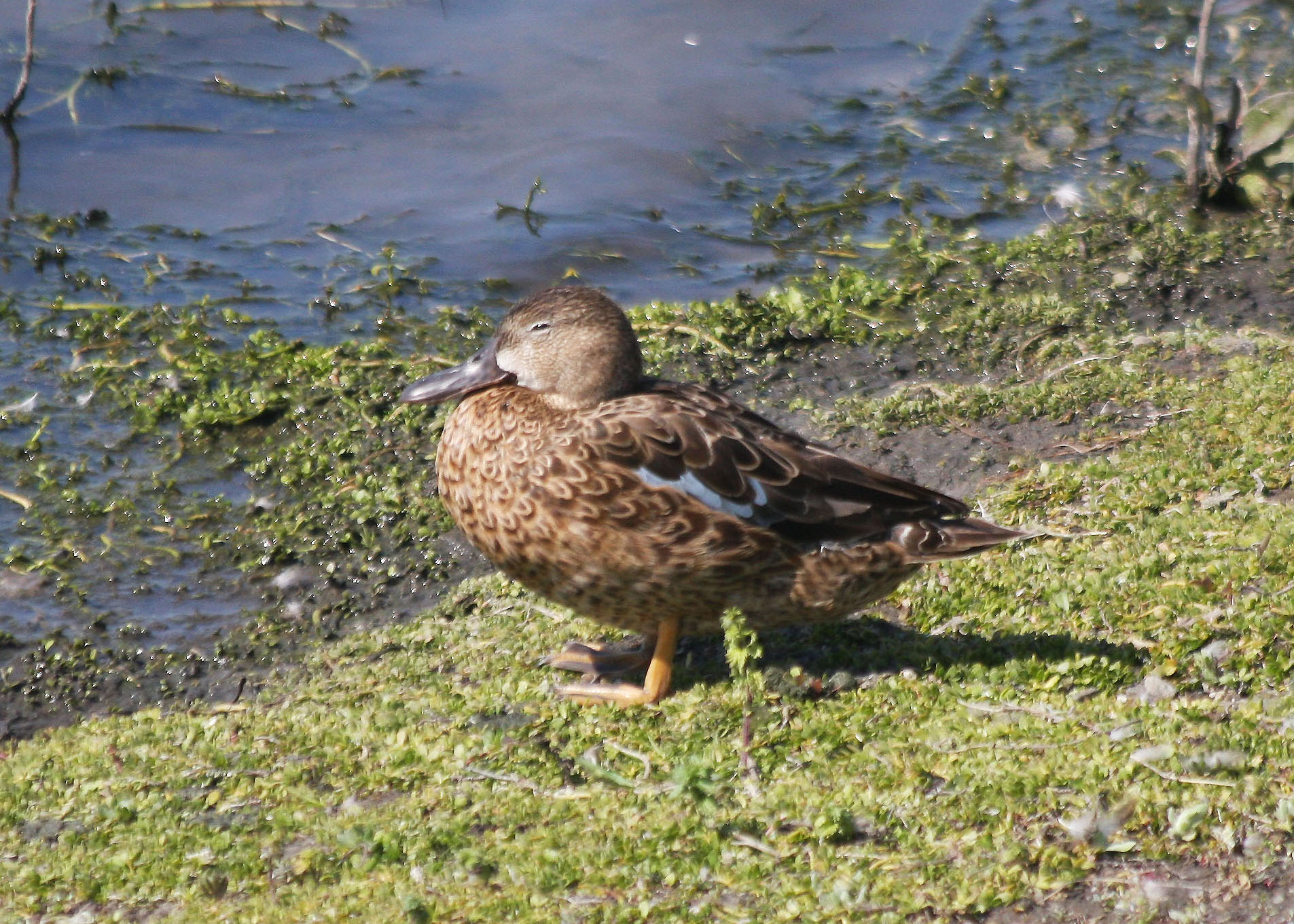 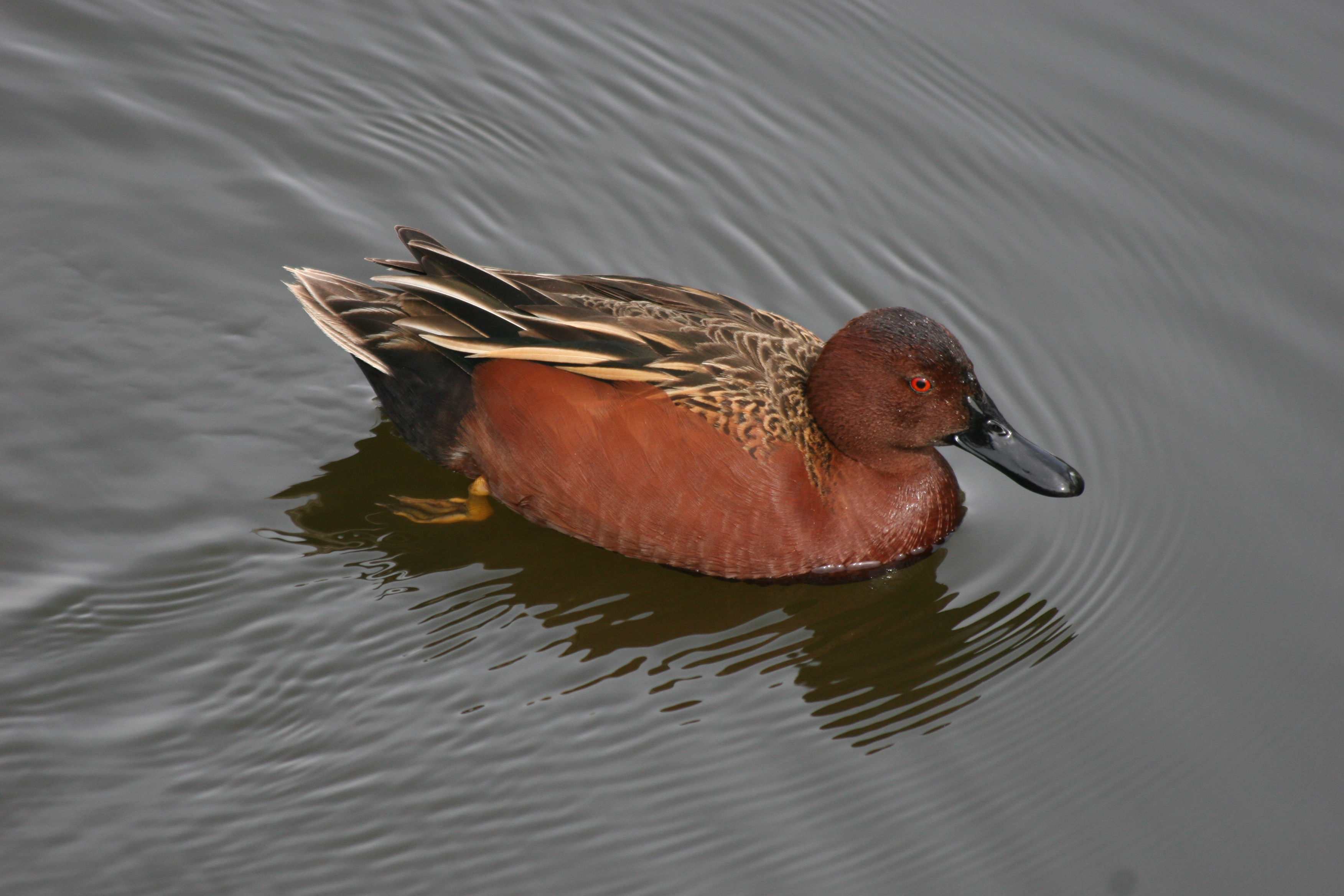 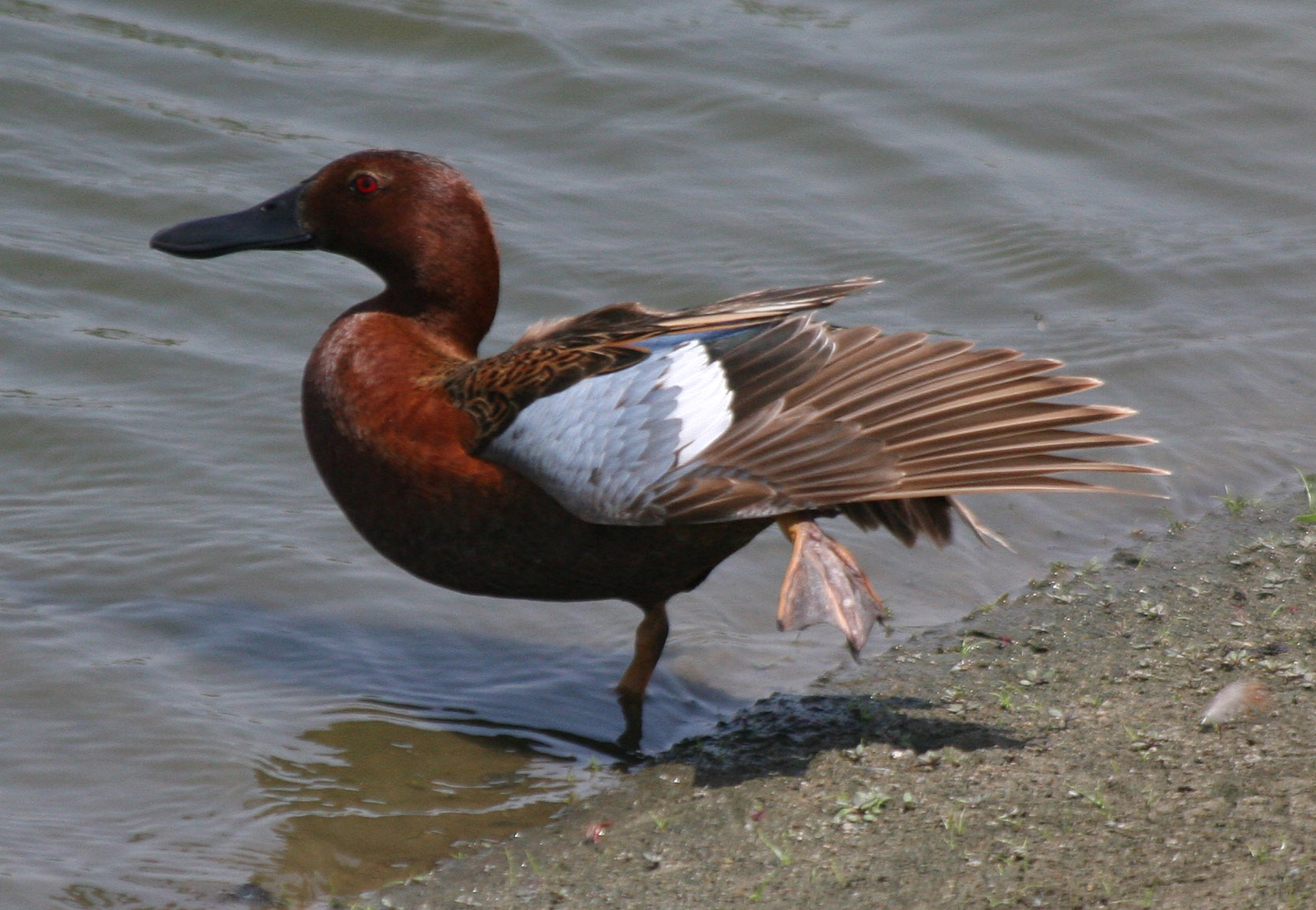 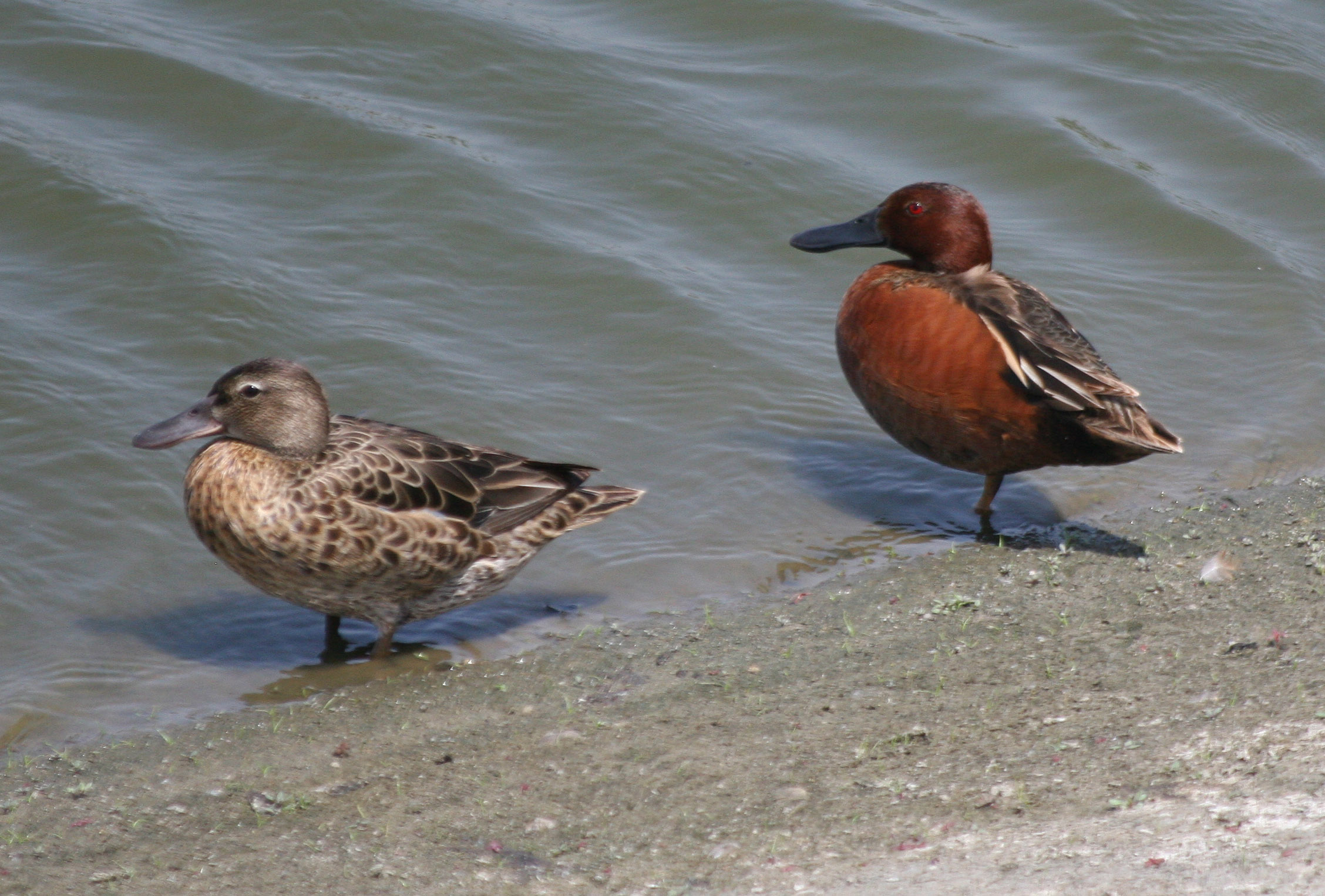 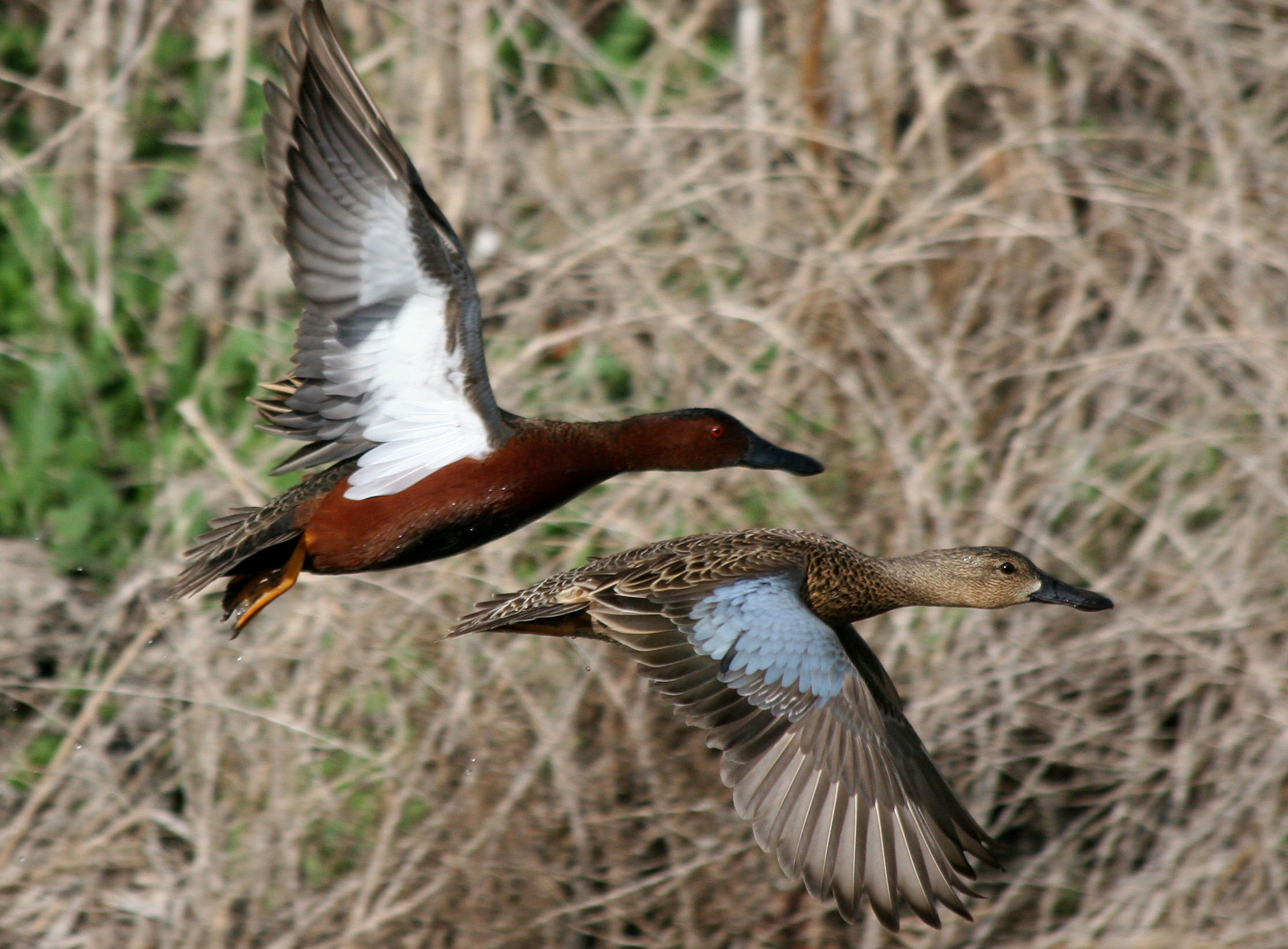 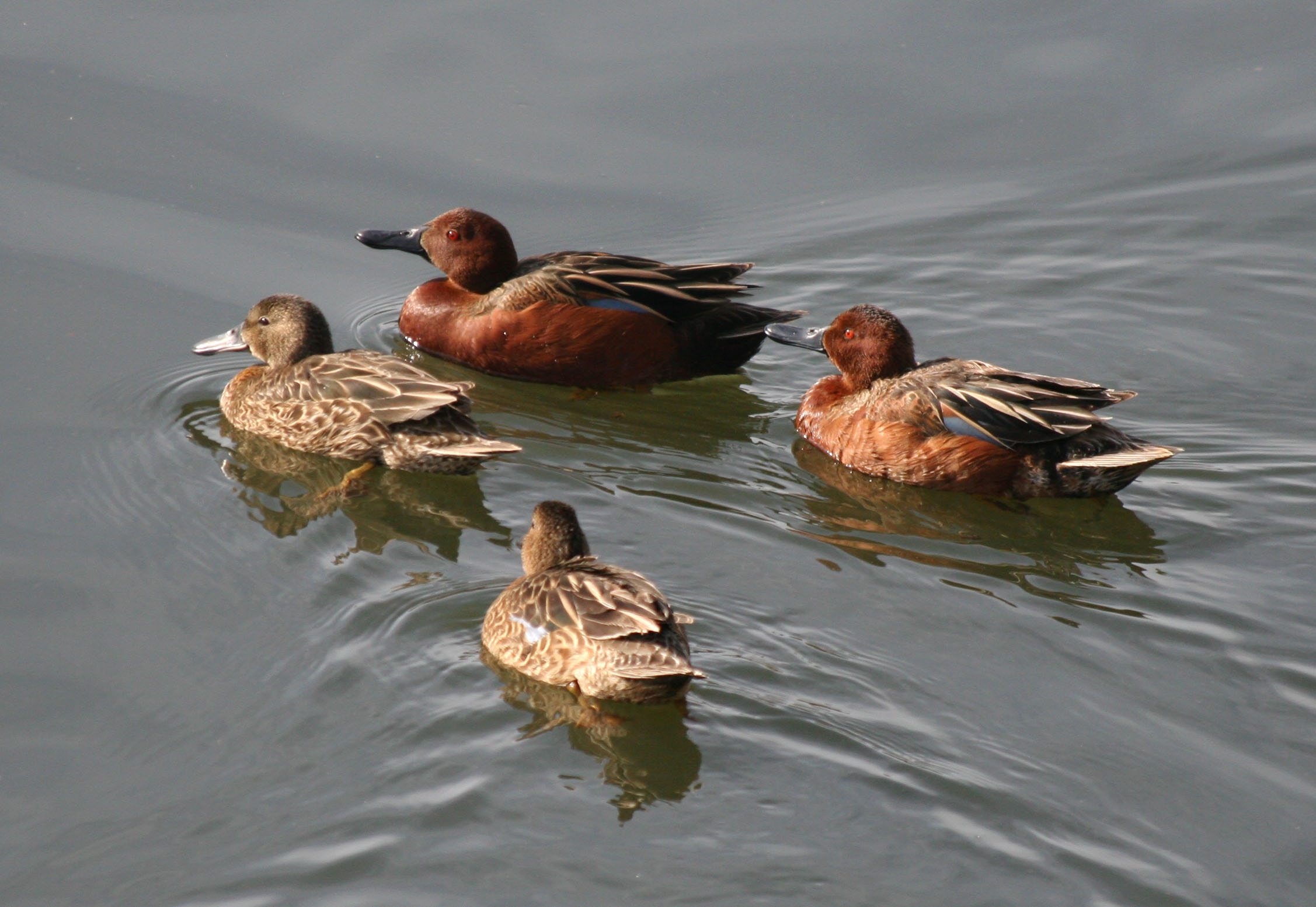 Click “read more” for the ID and more information:

Drakes of this third North American Teal species (see postings from the past two Sundays) are unmistakable when in their cinnamon-red breeding plumage.  Drakes in non-breeding or “basic” condition retain a dull reddish-brown look but more closely resemble hens of this and the other Teal species.  I especially like the bright red eye of breeding drakes, which seems to reinforce their overall appearance of reddishness  that must appeal to the ladies.  Both sexes have a blue patch on the forewing (often best visible in flight), a feature shared with Blue-winged Teal (Anas discors) and Northern Shoveler (Anas clypeata).  Interestingly,  molecular genetic data have shown that all three of these “blue-winged” ducks are closely related.  Except for occasional sightings outside ofits primary range, the Cinnamon Teal is confined to the western half of
the continent.

And a range map from the Cornell site: 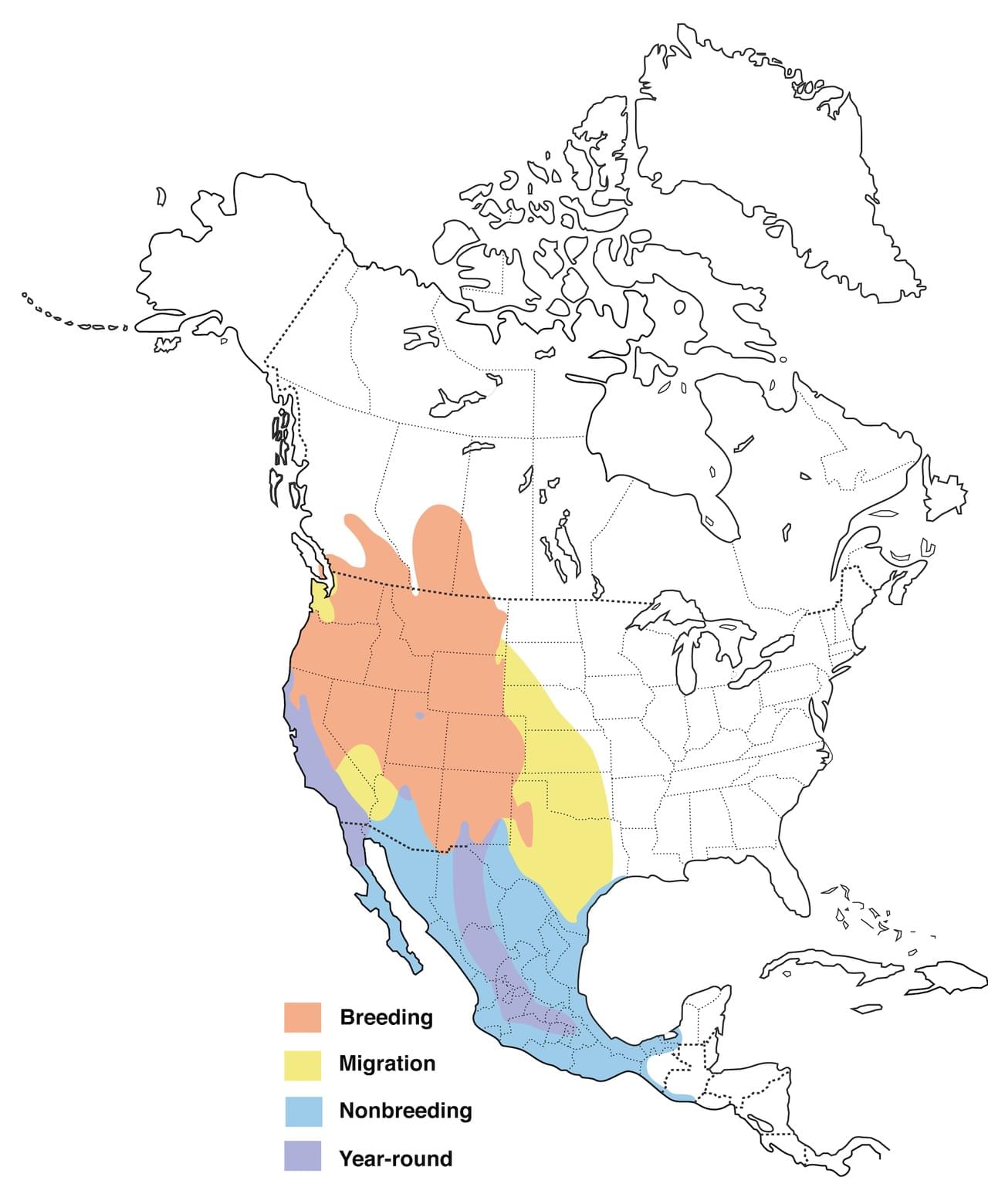