Here’s today’s trifecta, starting with very short video of a Sphynx cat who is loud and tenacious. I suppose it’s the cheese on the pizza that attracts this moggy:

This video, which is truly viral, was sent by readers BJ, Gregory, and many others whose names I’ve forgotten (thanks to all!) The goalie cat is amazing, and were there a feline FIFA, this cat would be playing for Real Madrid. What reflexes it has! The YouTube notes:

A video of a cat showcasing its incredible goalkeeping skills is going viral on the internet. The clip shows Dixon’s cat saving the ball from entering the goalpost, every time the YouTuber tries to shoot it. He also shared that he had named his cat Meownuel Neuer, as a tribute to famous German goalkeeper Manuel Neuer.

Finally, a more substantive piece from My Modern Met (click on screenshot):

This Egyptian-style cat sculpture was at the Getty Villa for many years, and was thought by Getty to be genuine (he paid £600 for it in 1955) but was later thought to be a fake, one of the many imitations made during the Egyptian craze of around 1900:

The site recounts the detective story:

Discoveries like this often start as clues on the objects themselves. In this case, we found an inscription on the underside of the wooden base that reads: 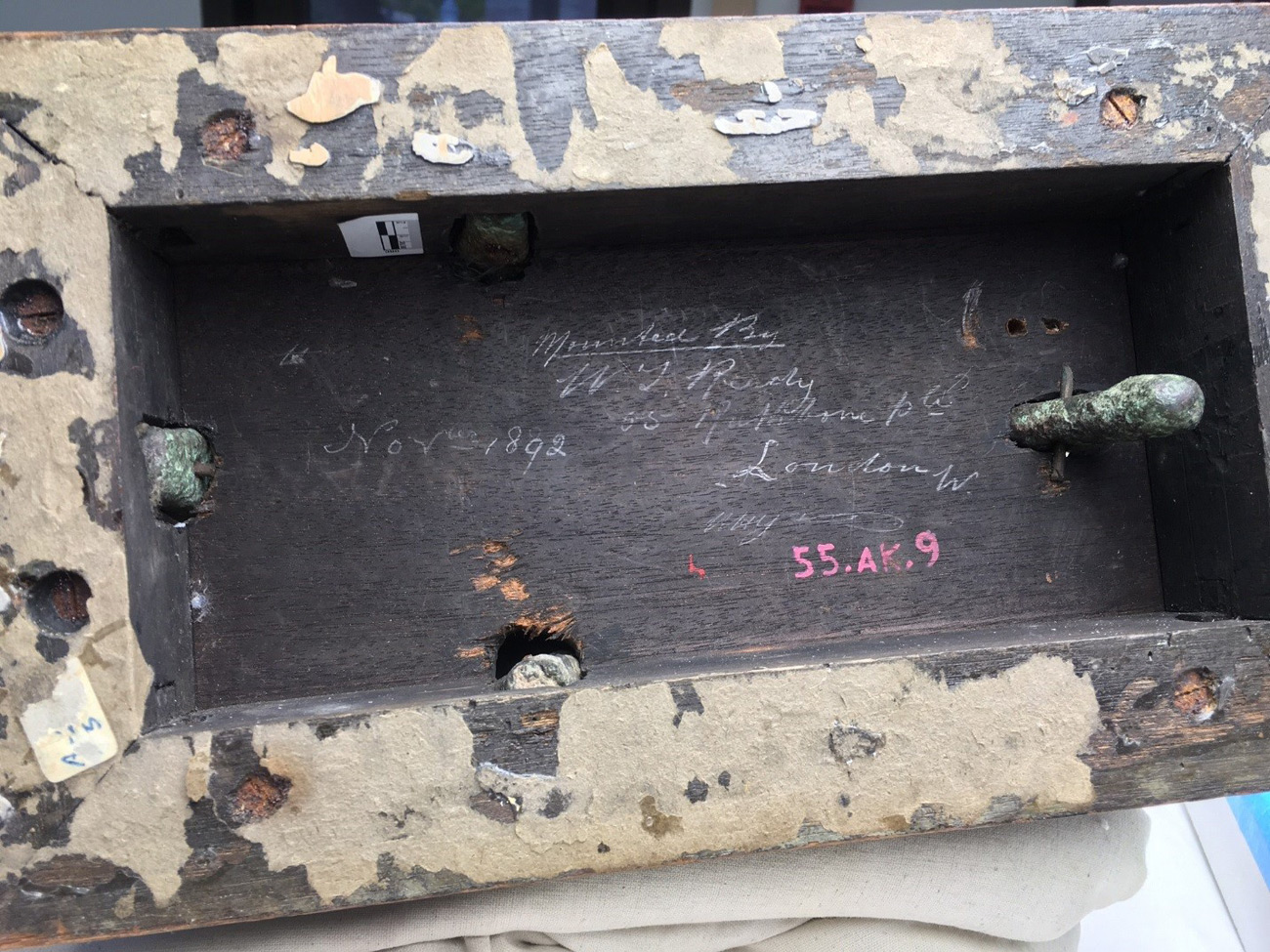 The sculpture was suspiciously shiny for an ancient sculpture, so they did an X-ray, a metal analysis, and removed the head. The metal composition, highly leaded bronze, was consistent with true ancient cat sculptures.   They then removed the head (!):

What we saw on the interior was a completely different surface of varied topography with corrosion formed over a very long time.  In the head, a dark mass was tucked into the cavity, which also pointed to ancient molding and casting. 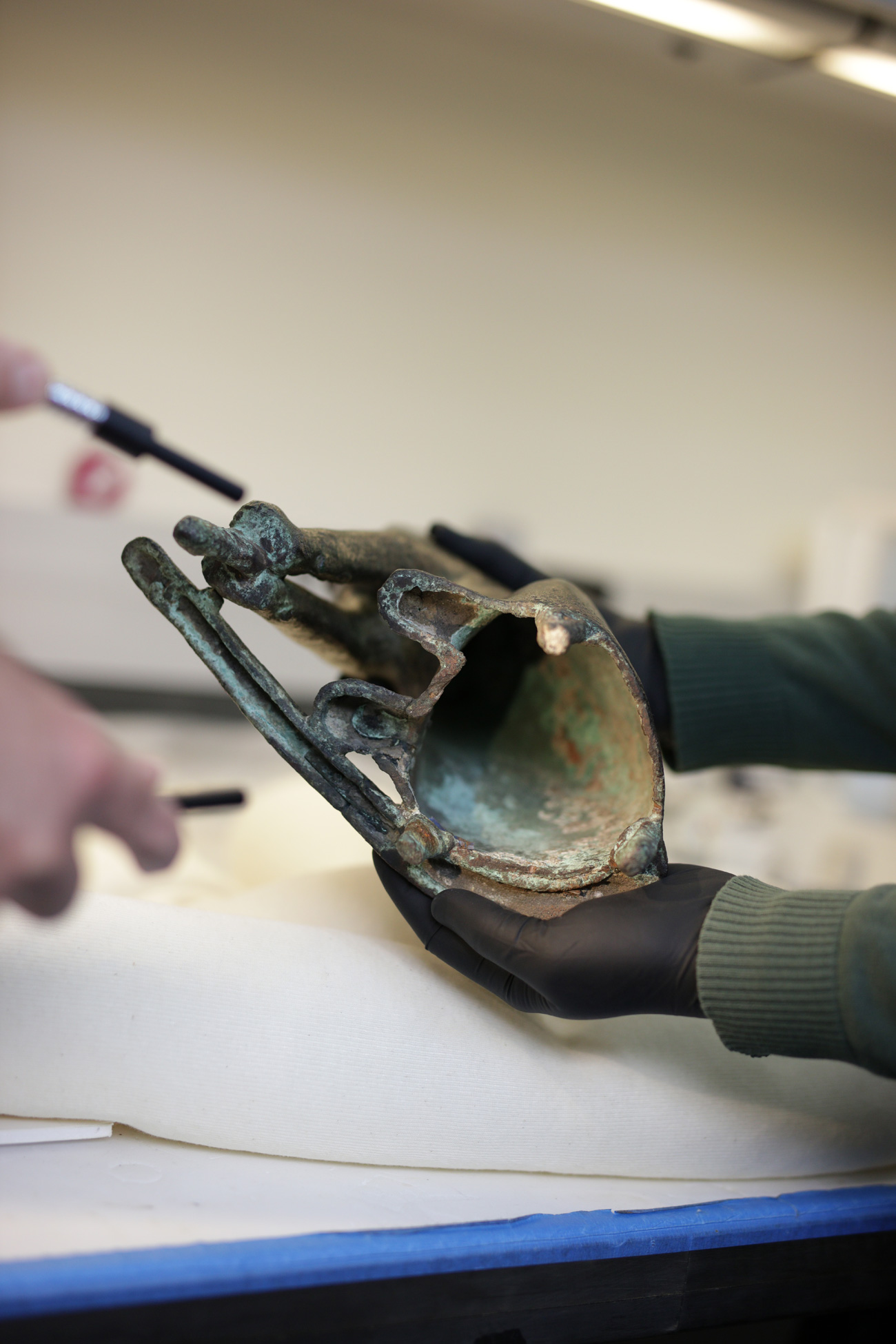 The “dark material” was clay, and that allowed dating of the statue. It turned out to be ancient Egyptian after all:

The site explains why the identity was mistaken (a worthwhile read) and the next steps in its restoration:

Coating removal in the conservation laboratory will continue to reveal the underlying aged surface. Further analysis will focus on the metal and its corrosion products, and the study of characteristic lead isotopes may help locate a production site more precisely (or at least the source of the lead). Additional provenance research may also clarify whether this cat came from Bubastis, and how it traveled to London by 1892.

Perhaps the bronze cat is reclaiming its 2300-year-old identity, moving from one stage of life into the next. A cat may have nine lives—even an ancient one. 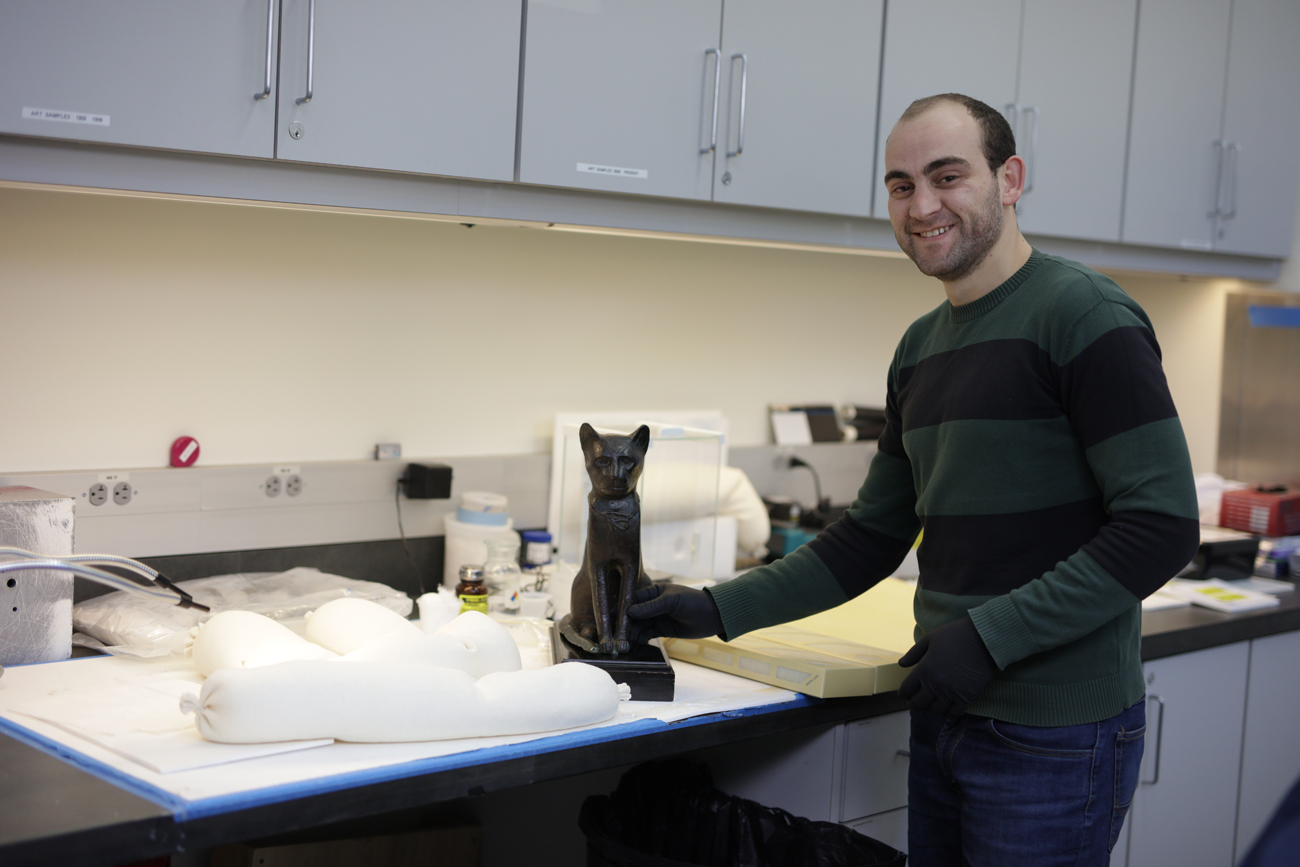 To see what 600 pounds is worth today, I used a pound calculator and got these results:

Clearly, Getty got a bargain, at least in today’s terms.