Today we have a story by reader Kurt Helf about which he called “Honeybee rescue in the time of Covid-19”,  and also a lovely astronomical photograph by Tim Anderson. First, Kurt’s story; his words are indented:

To break up the teleworking workday I take regular midday walks around the neighborhood.  Two weeks ago I noticed a dark, football sized mass on one of the flowering trees lining a neighbor’s driveway: 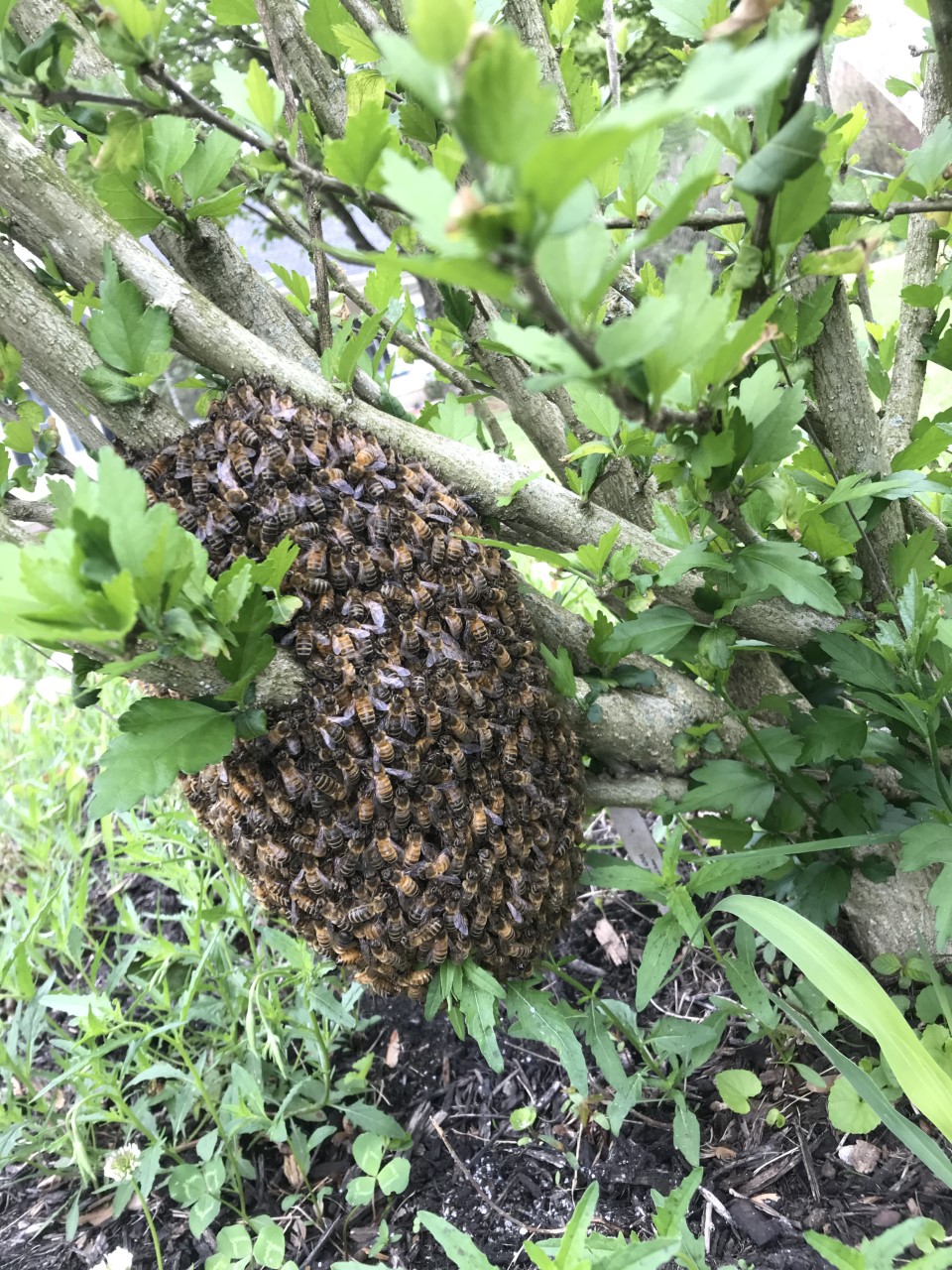 It was a swarm of honeybees (Apis mellifera) likely on their penultimate stop before finding a permanent residence. I didn’t think the homeowner, who is a single, older man and a bit of a recluse, had noticed the swarm yet. However, I was afraid that when he did notice them they would be destroyed. I know a couple of local Apiarists so I asked them, given the homeowner was willing, if they would come get the bees. I went to talk to the homeowner, rang his doorbell, and stepped back a couple meters to give him space. However, he was unwilling to even open the door. I left, dejected, thinking the swarm was likely doomed. However, as I walked by the next day I saw the following: 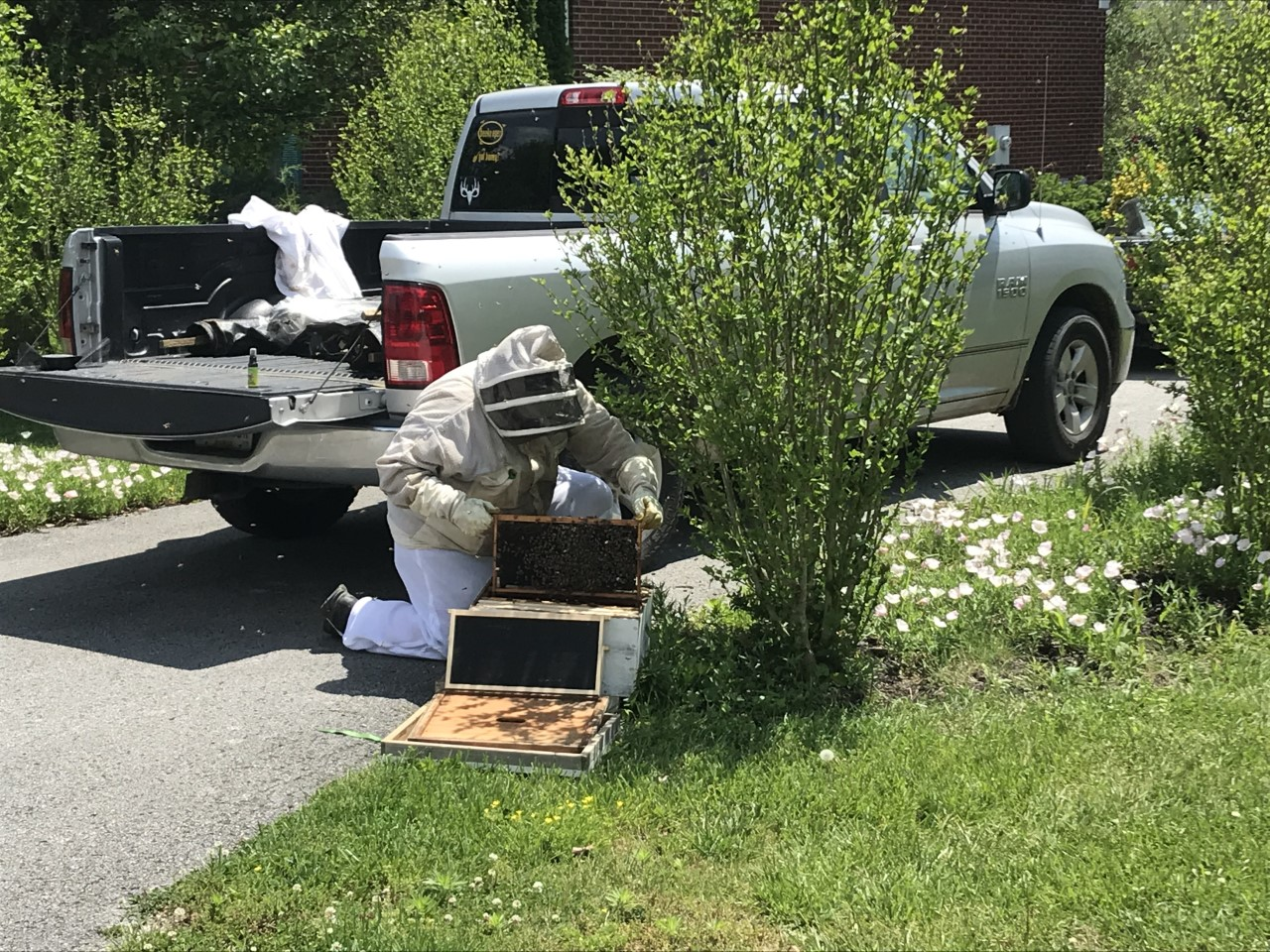 Apparently, the homeowner had noticed the swarm, called the state, and was referred to a local apiarist who came to collect the swarm. Nice fella despite being surrounded by a cloud of bees. Later that day I rode my bike through the neighborhood and noticed that, while the apiarist was gone, he had left the hive box behind. 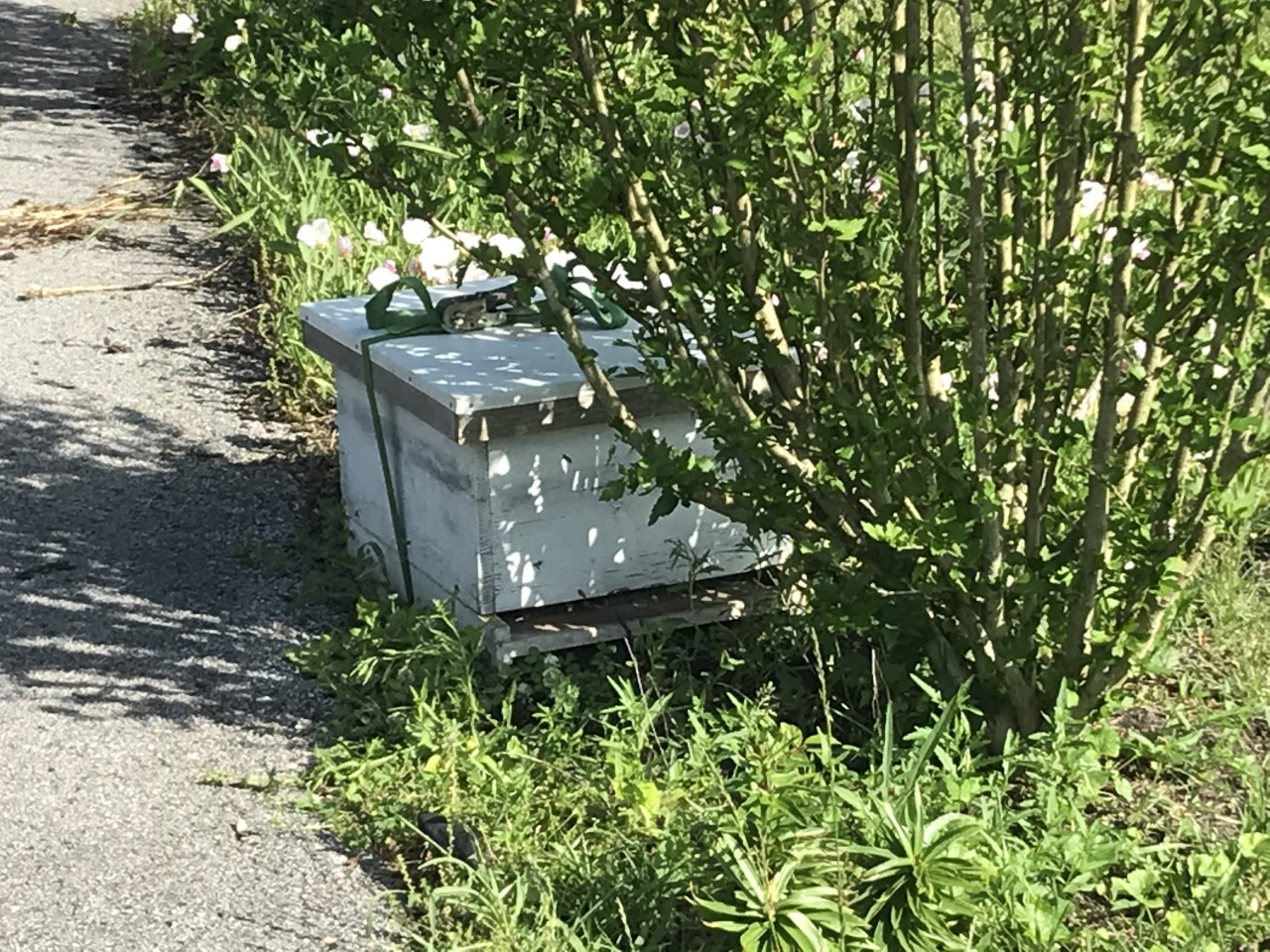 He put the queen and all the bees he could collect into the little hive but left it behind so the scouts would have a chance to return at the end of the day.  While my assumption regarding my neighbor’s willingness to destroy a swarm of honeybees was wrong I *would* go through the same machinations again (is that evidence for determinism?) because you never know what people will do.  Anyway, a happy ending in gloomy times!

And from reader Tim Anderson in Australia, a CAT NEBULA, and sure enough, it resemble a cat paw:

This feline apparition is NGC6334, known as the Cat’s Paw Nebula—an emission nebula in the Scorpius constellation. John Herschel first observed it from South Africa in 1837. 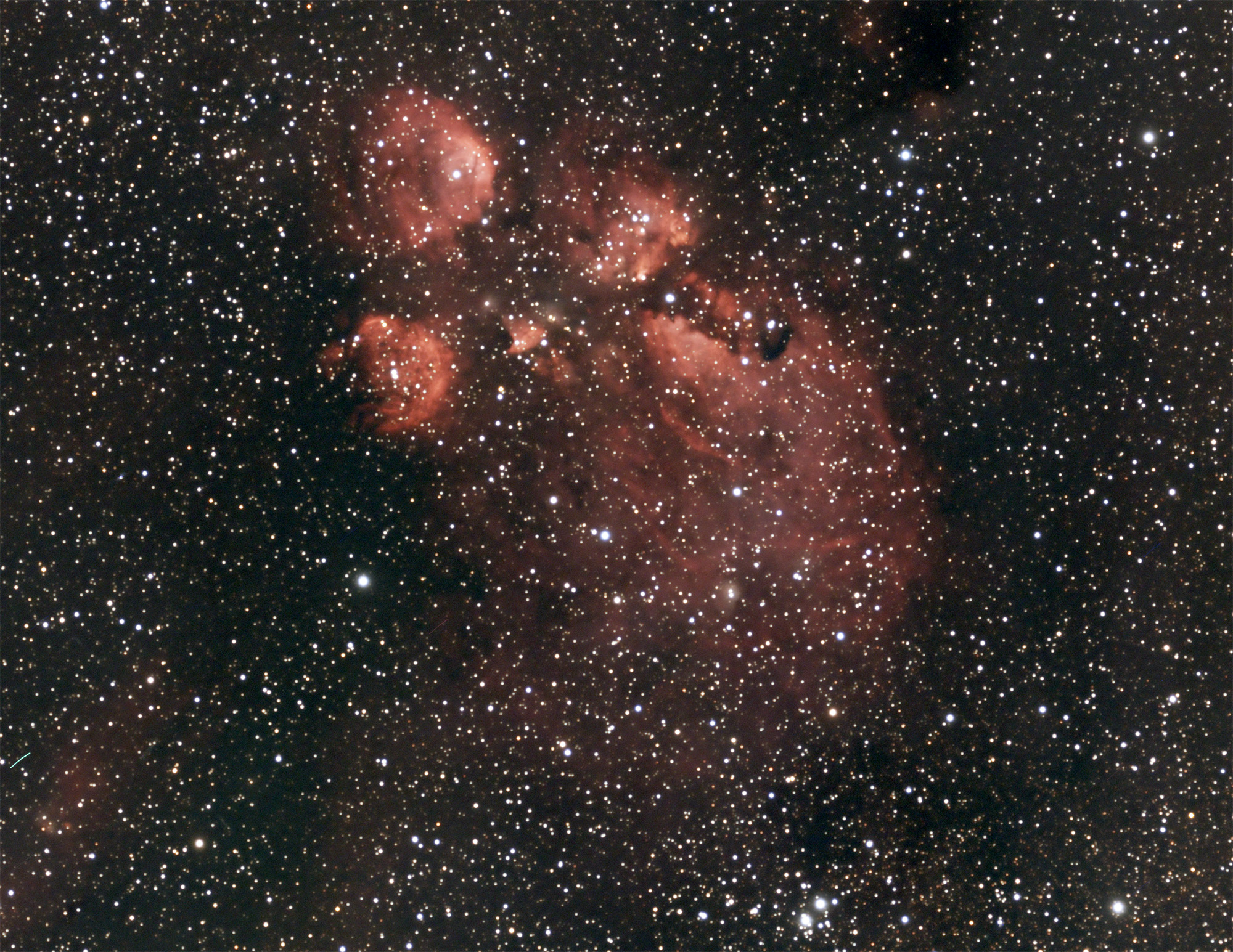