Here’s a short (7.5-minute) interview with NIH director and Templeton Prize awardee Francis Collins that was played on NPR yesterday but came from the BBC Newshour.  Collins answers questions about God, evil, coronavirus, and so on, but you may already be familiar with his theological views, which are at the preceding link.

You’ll hear that Collins is scientific and religious because science answers the “how” questions but—citing Steve Gould’s NOMA hypothesis—only religion can answer the “why” questions, questions like “Is there a God?”, or “Why is there something rather than nothing?” Collins claims that faith provides the answer to these questions, but of course it does not. Collins knows there’s a God because humans have a “moral law” (a ridiculous idea), but I’d like to hear how his Christianity answers the second question. Is “God did it” the answer to “why is there something instead of nothing?”

When asked why the coronavirus has killed so many (the question of “physical evil”), Collins has no answer. When asked if the virus is a “God-given plague”, he says that faith provides the answer, which is “no”. But then when pressed about why God would allow so many people to suffer, and whether there’s a moral dimension to the suffering, Collins says this:

“The question of suffering and its meaning and why a loving God would allow it is one of the toughest ones that both believers and nonbelievers have to wrestle with. I don’t have an easy answer to that and I grieve for all those who are suffering and all those who have lost family members to this terrible plague. . .”

Now that’s just plain weird.  Why do nonbelievers have to wrestle with the question of suffering? It’s a non-question for atheists, or at least an empirical question that has no “why” answer. And the secular answer is better than any religious ones. All we have to say is this: “It’s a virus that’s evolved to do its thing in the cells of other organisms, and its reproduction involves killing the cells and getting passed on through respiratory droplets.” I suspect that Collins wasn’t thinking about what he was saying here.

He then rabbits on about how we have some valuable lessons to learn from the pandemic—perhaps the reason God allows that suffering!—including pondering the “significance of suffering in general” and learning that (he quotes Scripture), “humans should not expect to be free of suffering.”

Collins ends by trying further to make a virtue out of necessity by arguing that the pandemic gives us a chance to ponder the Big Questions (which is what the Templeton prize is for)—questions about suffering, about our own natures, about our relationships, about what love means, and about what happens to us when we die.  Of course we can ponder these, but faith provides no better answers—and probably worse ones—than does Collins’s evangelical Christianity.

Listen to a very smart man who has become deluded by adherence to Iron Age mythology. 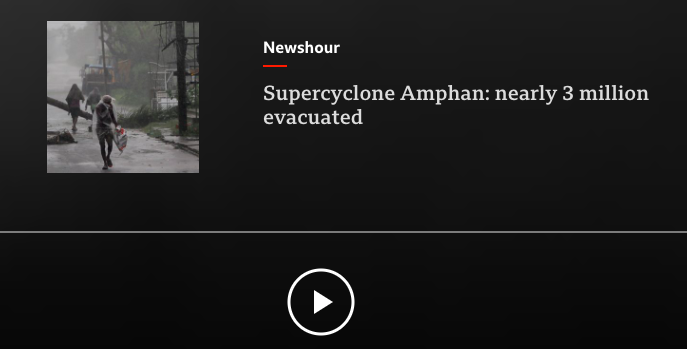 43 thoughts on “A short Francis Collins interview on the BBC”