Good morning on a dreary Tuesday, May 19, 2020. (We have now set a record in Chicago for rain in May, and it’s barely halfway through the month!) It’s National Devil’s Food Cake Day: an estimable comestible (as is Angel Food cake). It’s also Malcolm X Day, celebrating the day he was born in 1925, Dinosaur Day, and Celebrate Your Elected Officials Day (nope, not all of them!)

News of the day: Well, Trump admitted yesterday that he’s taking hydroxychloroquine, apparently as a preventive measure. But why? It doesn’t work! What kind of doctor does he have? Now we have a president who, among other things, is taking ineffective and even dangerous medication.

BREAKING: President Trump says he has been taking Hydroxychloroquine.

“You’d be surprised at how many people are taking it… I happen to be taking it.” pic.twitter.com/DMW0i145OF

The drug sometimes causes hallucinations, which may explain some stuff, like Trump threatening yesterday to permanently pull American funding from the World Health Organization. We can’t get rid of this President soon enough.

The good news is that we still have all 17 ducklings on the pond, though Honey is being harassed by the Devil Drake (he seems to disappear by late morning but he’s a real pain).

Stuff that happened on May 19 includes:

The supposed incest was with her brother, George Boleyn.

Well, that’s not quite true; the scale was developed a year earlier by Anders Celsius, a Swedish astronomer, but was published as a thermometer design by Christin the next year.

Atatürk is a great secular hero, a secular reformer who was in all likelihood an atheist. He instituted many reforms, among them the banning of the veil in women and the fez in men. Here he is: 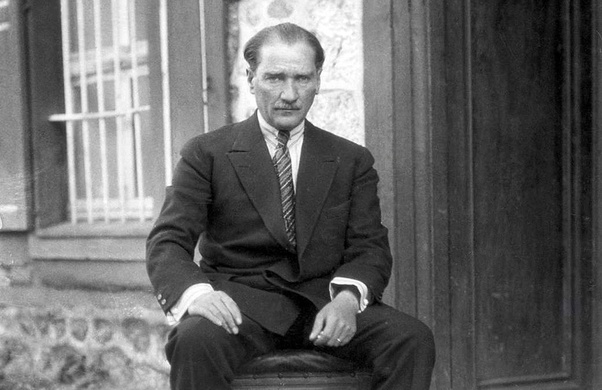 Here’s that famous and salacious rendition by Monroe, introduced by Peter Lawford, about which Wikipedia notes:

Afterwards, as an enormous birthday cake was presented to him, President Kennedy came on stage and joked about Monroe’s version of the song, saying, “I can now retire from politics after having had Happy Birthday sung to me in such a sweet, wholesome way,” alluding to Marilyn’s delivery, skintight dress, and image as a sex symbol.

The performance was one of her last major public appearances before her death less than three months later on August 4, 1962. First Lady Jacqueline Kennedy, who rarely attended Democratic Party events, spent the day at the Loudon Hunt Horse Show with her children, John and Caroline.

Do you remember Winton, one of history’s little-known heroes. Visiting Czechoslovakia in 1938, he decided to stay and participate in the rescue of Czech children as the Nazis occupied the country. Using forged documents and getting permission for trains of children, mostly Jewish, to cross the Netherlands on their way to England, he saved 669 children. Most of their parents were sent to Auschwitz, where they died.

Here’s Winton in 1988 on the BBC television programme That’s Life!, where he was surprised by several of the many children he saved. The television clip will surely make you tear up, if not weep outright (I was blubbering in bed this morning when I watched it around 5 a.m.):

For a young Jewish intellectual manqué, Ephron was the equivalent of Sarah Silverman: a talented goddess. Here she is:

Those who began full-body necrosis on May 19 include:

Lawrence is another hero of mine —a man of both thought and action. I visited his last home in Dorset (the Cloud Hill cottage) and paid homage to the spot where he was killed in a motorcycle accident. There’s a marker there that I photographed in 2006; oddly, a car had just crashed on the same spot: 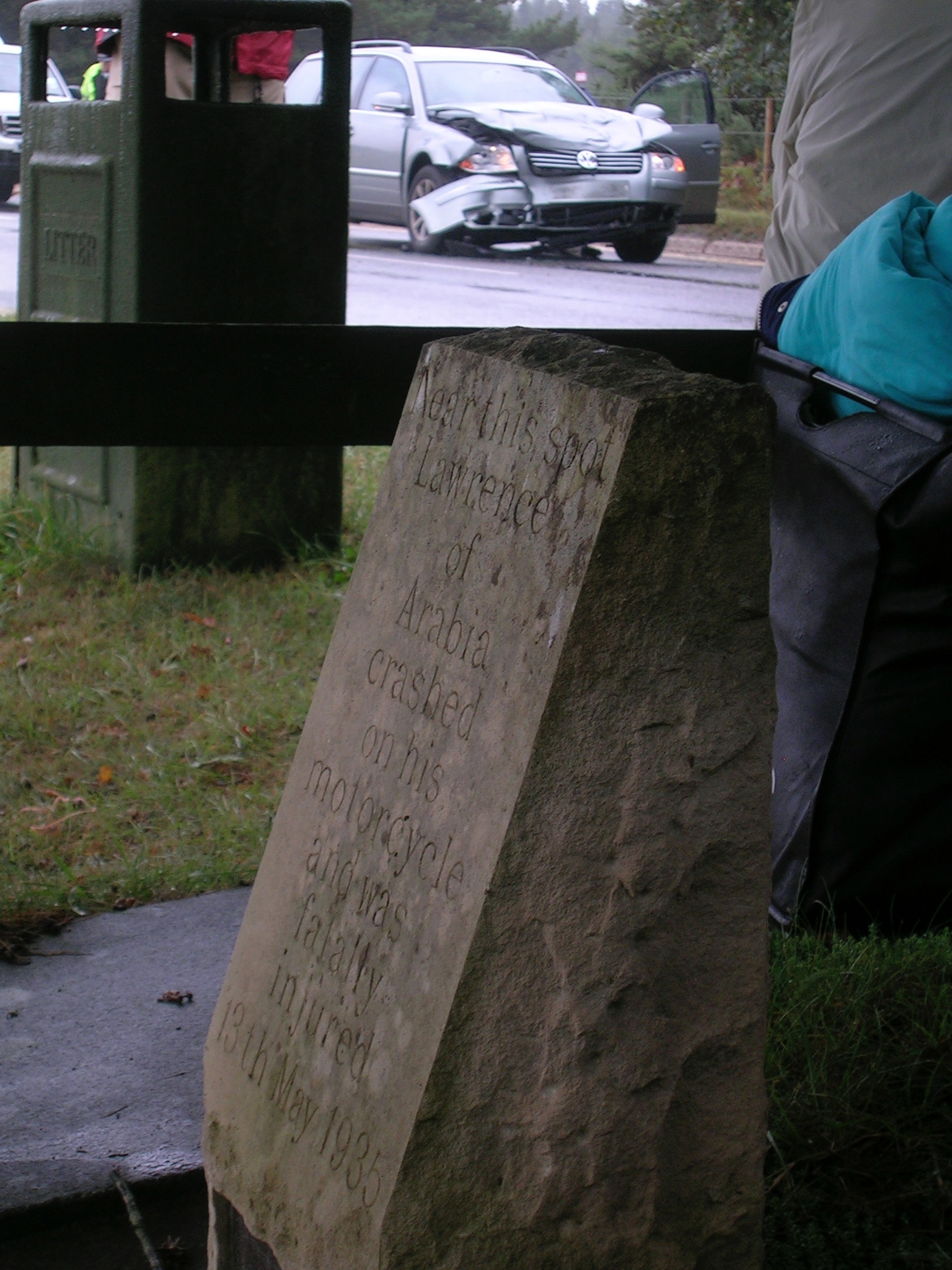 Hili: When did I eat last time?
A: An hour ago.
Hili: That’s a very long time ago. 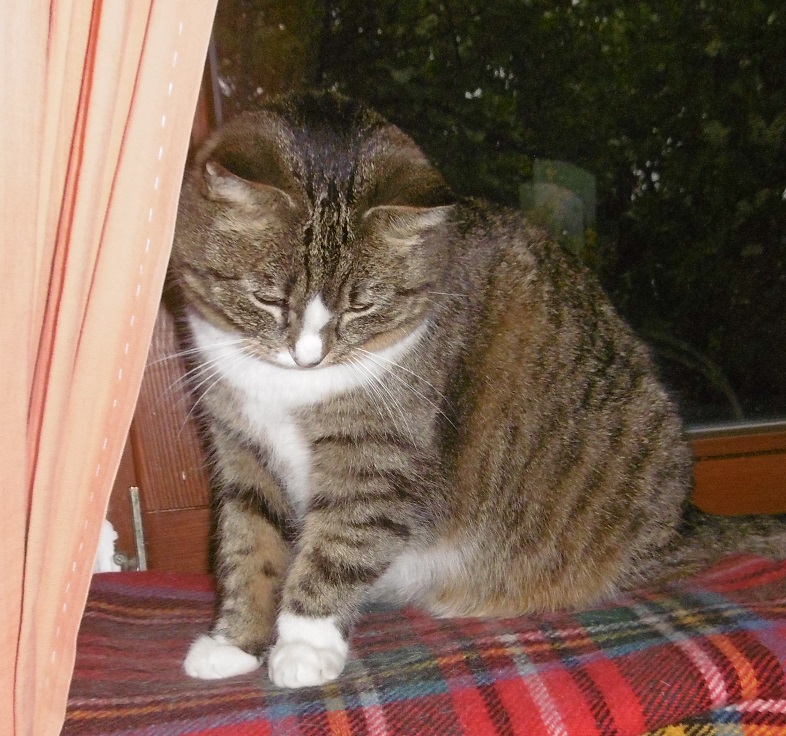 And here’s the lovely Szaron, who share’s Hili’s space during the day on weekdays: 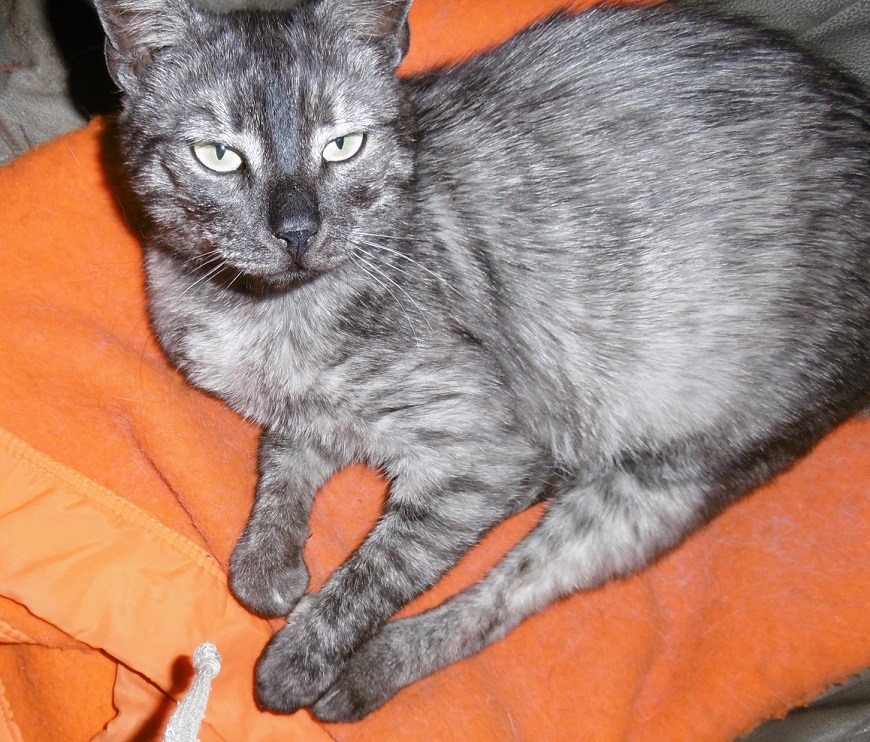 From Barbara Hermel Bach’s Public Facebook Page, a lovely mother frogmouth and chick. Is there any bird more cryptic than this one (in behavior, too)? 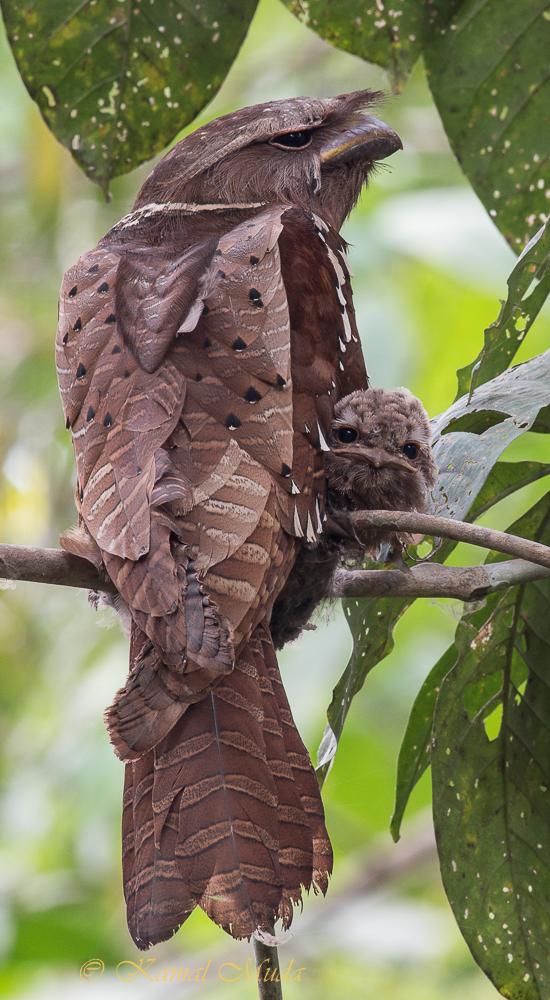 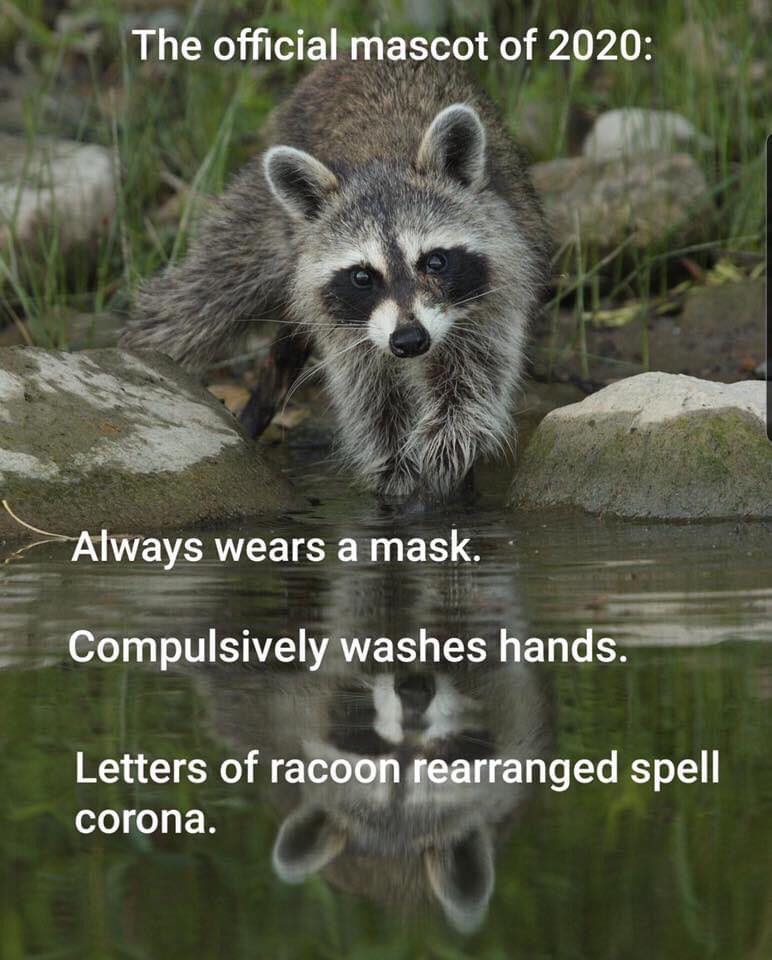 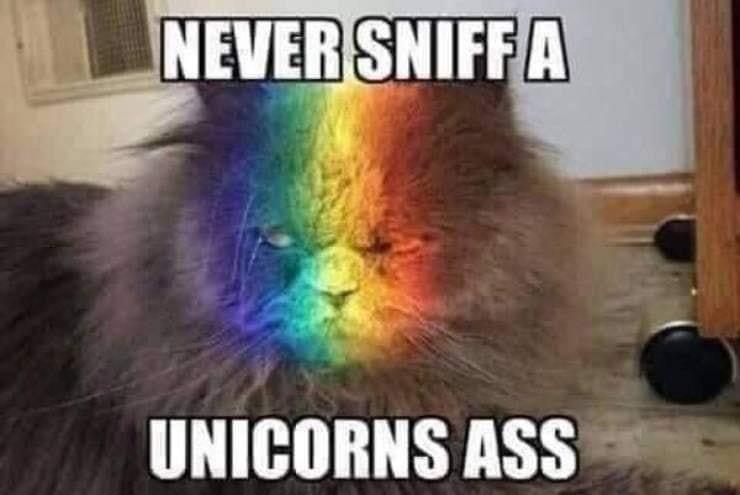 A meme from reader Paul: 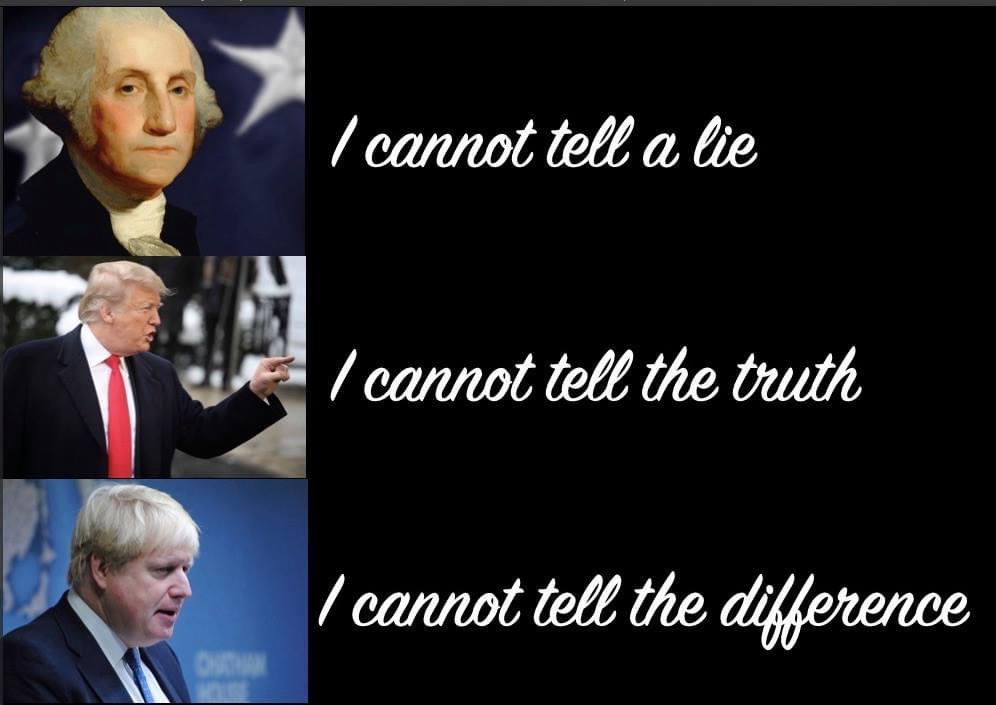 Ah, Titania and the Guardian: Always good for a laugh:

The @guardian has revealed how urban planners are deliberately filling our towns with MALE TREES.

This not only reinforces patriarchal dominance in society, it also puts female trees at greater risk of sexual assault.#ArborealSexism #Hedgemony pic.twitter.com/lnzAzfCzaS

Q: How many Republicans does it take to change a light bulb?

A: Republicans don't change light bulbs. They hide the ladders, sell the bulbs, and blame Democrats for the dark.

Tweets from Matthew. This is the best tweet EVER!

Watch a policeman escort this duck family all the way home 💛 pic.twitter.com/MGaCJ2JB7g

A lovely illusion; I suppose it’s on a curved screen (please turn sound up and enlarge):

This is a lovely tweet: a partly paralyzed man, once a diver, is determined to still dive once a year.

Seeing him at the end of the diving board has us on the edge of our seats! Via @DandC pic.twitter.com/SkvwbF6xpJ

Hogfish are capable of changing their color and pattern almost instantaneously when switching from swimming to hunting mode. Watch how this one changes from white to pink to mottled red and back again #coralcitycamera pic.twitter.com/LRVM4Il5SF