Good morning on Saturday, May 16, 2020. It’s National Barbecue Day, celebrating a style of cooking found around the world but reaches its apogee in America, specifically at the City Market in Luling, Texas. It’s also National Mimosa Day (the drink, not the tree), National Coquilles St. Jacques Day (national? it’s a French dish!), and National Piercing Day.

News of the day: Still bad and will be for a while. Yesterday the House voted to send a $3 trillion relief package to state and local governments, but the Senate will not pass it.  The House also will be voting remotely for a while—the first time in history this has happened. Finally, the Chief Moron promised to have a coronavirus vaccine available at the end of the year. Good luck, Donald! Perhaps it’s possible, but most experts think otherwise. I hope so, but Trump has always proceeded on wishful thinking.

On the brighter side, Sylvia Goldscholl of New Jersey survived the coronavirus. She also weathered the 1918 Spanish Influenza epidemic. Goldscholl, who lives in a nursing home, is 108—the oldest survivor of the cornavirus in America.

And, with the duckling ramp empty of turtles this morning, most of the ducks followed Honey up the ramp. A screenshot from PondCam with one climbing up. They are peripatetic little buggers! 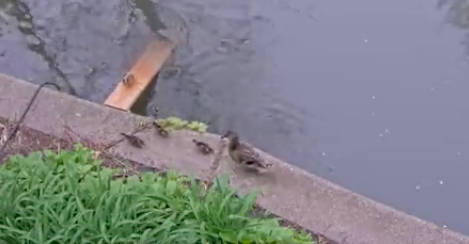 Stuff that happened on May includes:

Here’s that first nickel. Curiously, the Mint also struck “half dimes” with the same value, a coin that wasn’t abolished until 1873: 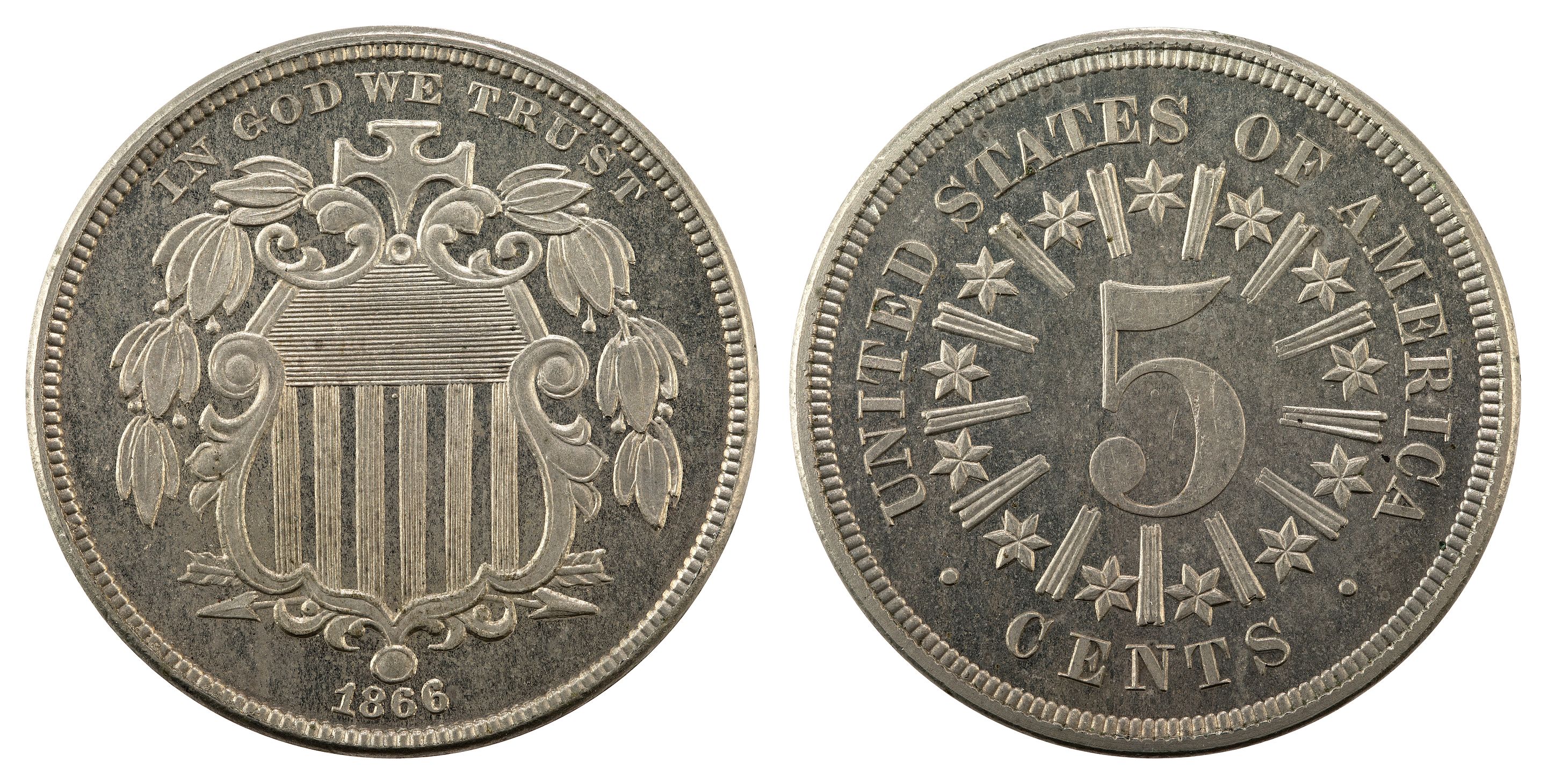 It was a tough battle to make Joan a saint; as Wikipedia notes:

However, the path to sainthood did not go smoothly. On 20 August 1902, the papal consistory rejected adding Joan to the Calendar of saints, citing: she launched the assault on Paris on the birthday of Mary, mother of Jesus; her capture (“proof” her claim that she was sent by God was false); her attempts to escape from prison; her abjure after being threatened with death; and doubts of her purity. On 17 November 1903, the Sacred Congregation of Rites met to discuss Joan’s cause at the behest of Pope Pius X. A decree proclaiming Joan’s heroic virtue was issued on 6 January 1904 by Cardinal Serafino Cretoni, and Pius proclaimed her venerable on 8 January.The Decree of the Three Miracles was issued on 13 December 1908, and The Decree of Beatification was read five days later, which was issued formally by the Congregation of Rites on 24 January 1909.

Purity? Do you have to be a virgin to be a saint? Catholics, answer me here?

Those who gave up the ghost on this day include:

Django is one of my jazz heroes. A Romani, he was badly injured in a fire as a youth, and could use only two fingers for effective jazz guitar: the index and middle fingers on his left hand. His pinky and ring finger were used to help make chords. You can see that in the video below. Despite that, he was the best and swingingest jazz guitarist in history, especially when paired with his pal, jazz violinist Stéphane Grappelli.

Listen to that two-fingered player swing!

Eliot Ness was, of course, played on television in “The Untouchables” by the handsome Robert Stack. But he looked nothing like Stack; here’s the real Ness: 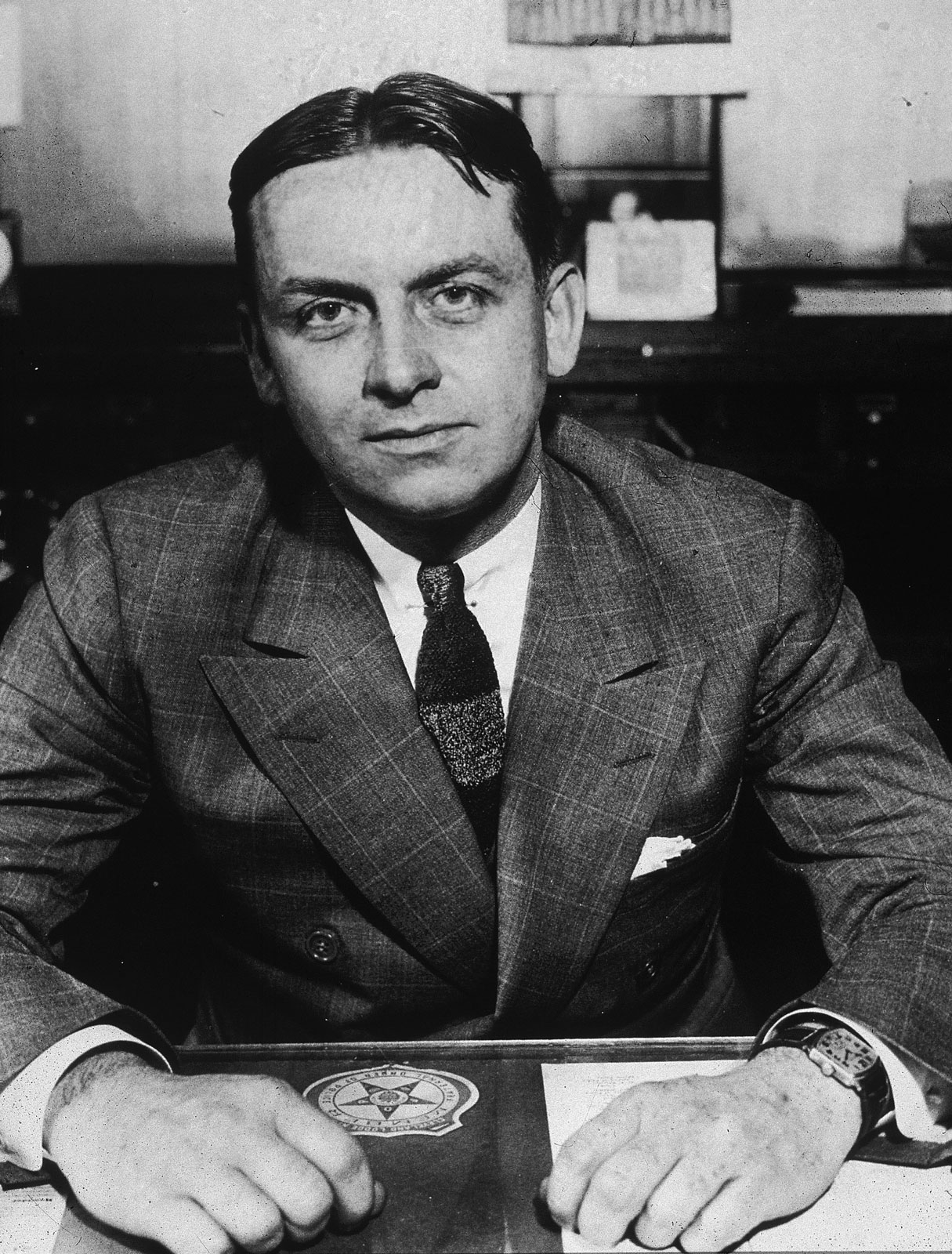 Meanwhile in Dobrzyn, Hili shows an unusual solicitude for mice.  I don’t think it’s a gesture of compassion, though.

Hili: I’m wondering.
A: What about?
Hili: Shouldn’t we put out bowls of water for the mice? 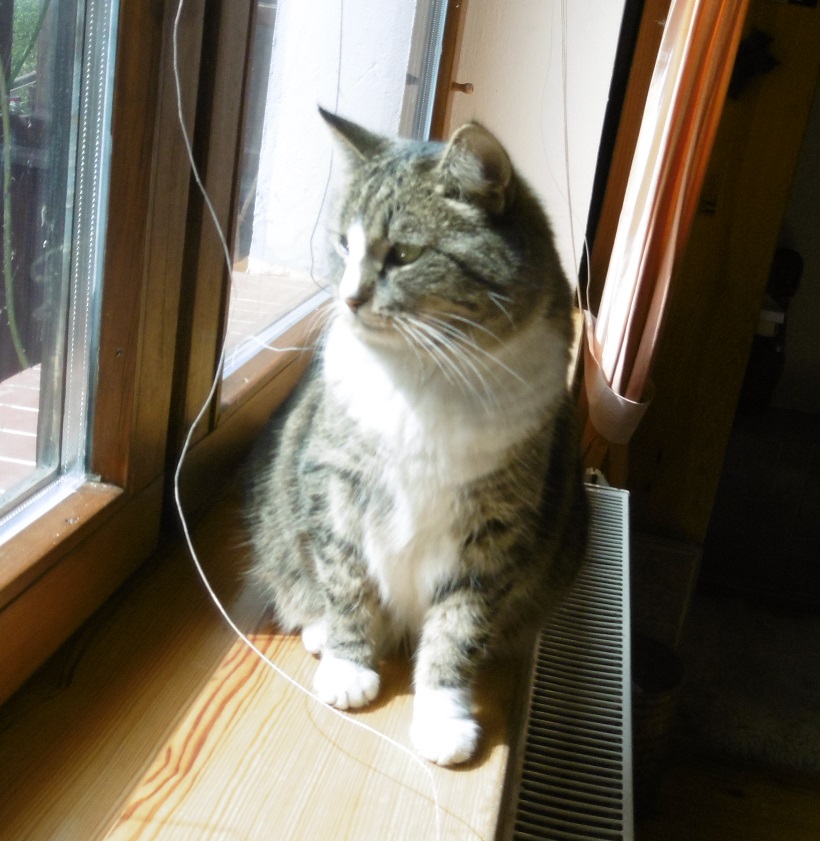 Nearby, Leon is sarcastic about the praise garnered by the latest picture of Mietek (see it in yesterday’s Hili):

Leon: Where did Mietek the celebrity disappear to?

A bonus photo of all of Matthew’s cats. In order from left to right: Ollie, Pepper, and Harry. Ollie was the miscreant who laid my nose open with a deft swipe of his claw: 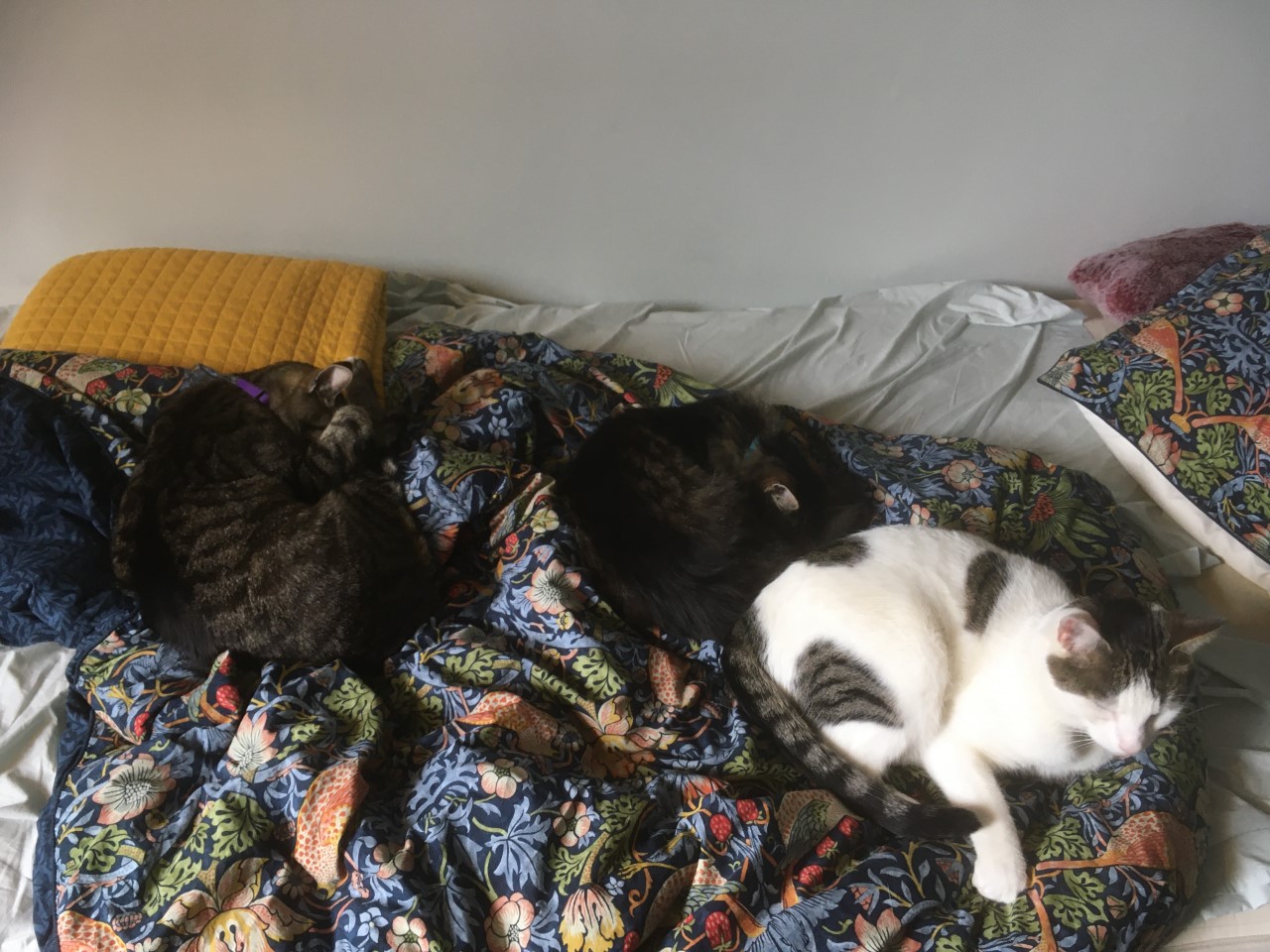 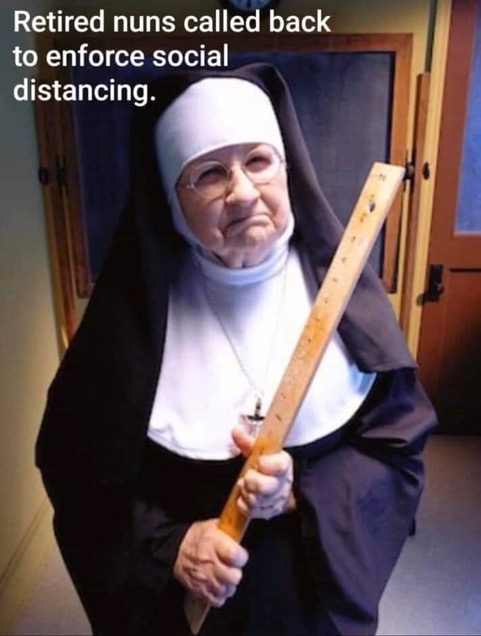 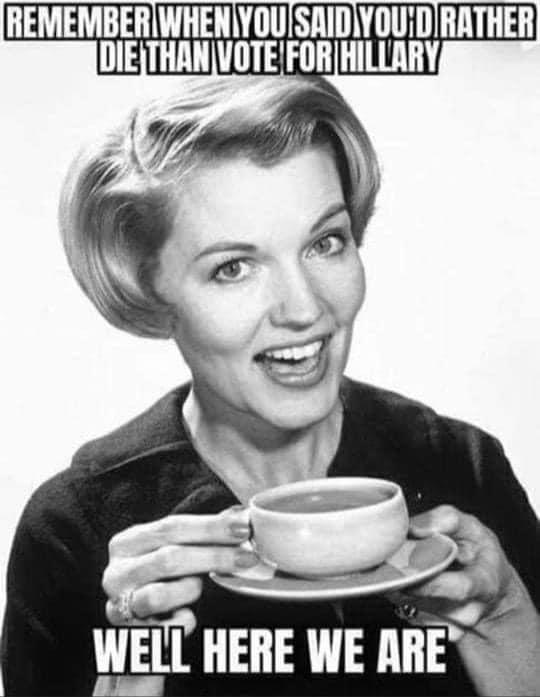 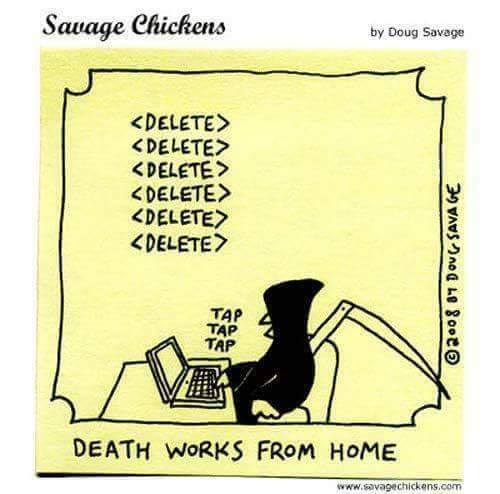 A scene from After Life that moved one viewer. I really must see this series!

Day 2 – A show you wish more people were watching. #30DayTVShowChallenge

Even though many people watch this show, I'd still pick …

After Life (Netflix) – This scene wrecked me. @rickygervais @MandiDhillon pic.twitter.com/F7m58FA4zU

From pyers, who says, “A goose has laid her eggs in the main booking hall of York Station  in the UK.  I suspect that the lockdown and the lack of passengers has helped a lot but ….”

Well, watch the video. That’s a golden goose; I only hope they find a way to transport it to suitable habitat.

Today on #goosecam, Mother Goose masters Blue Steel and gets sassy with Curious Pigeon while sharing her food. pic.twitter.com/l5JJDRuOtx

From Simon. Jacinda Ardern has handled the pandemic in her country (New Zealand) perhaps better than any other national leader.

This superb video has now clocked past 3 million views.

Tweets from Matthew. First, a palindrome:

You can’t get more atmospheric than this short video. What a graceful bird!

Good morning 🤗 a couple of minutes with a swan. pic.twitter.com/i6BTojbVxz

There are no words. This would be hilarious if the man didn’t run the country.

Slurring, impaired, nonsensical & sociopathic- Trump does a Dementia Tour de Force saying- “Doctors running into death just like soldiers running into bullets"..”it's a beautiful thing to see."
He’s a wreck my friends. He must be removed to beat COVID-19.
pic.twitter.com/0IK7xaETX4

I’m told that if you draw a circle or square on the ground, a cat will enter it. Well, this supports that theory:

These stray cats were spotted occupying the circle marks intended for the implementation of social distancing protocols in front of a store in Brgy. Holy Spirit, Quezon City on Sunday amid enhanced community quarantine. pic.twitter.com/EqOORqCJMa

A heartwarmer (read the story at The Dodo). A stray mama cat and all her babies are rescued and adopted:

"[She] started calling to them to come out and see me" ❤️️ https://t.co/y2jE2GOtsb