We have five videos today, the first taken by me and the rest made by other kind souls. The first and last are peaceful, the other three show nature red in tooth and claw (but nobody got hurt!) 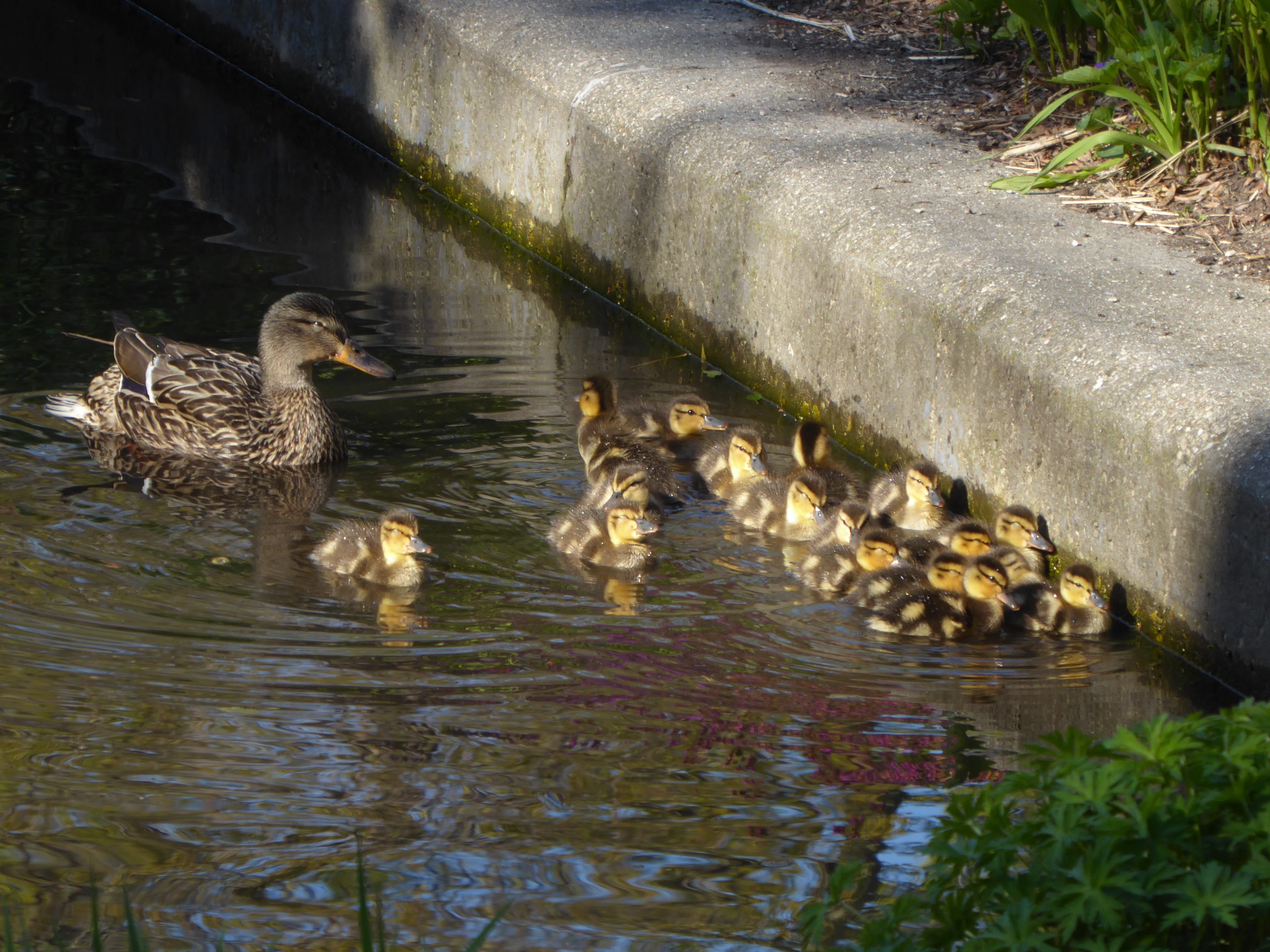 Ducklings on the ramp: 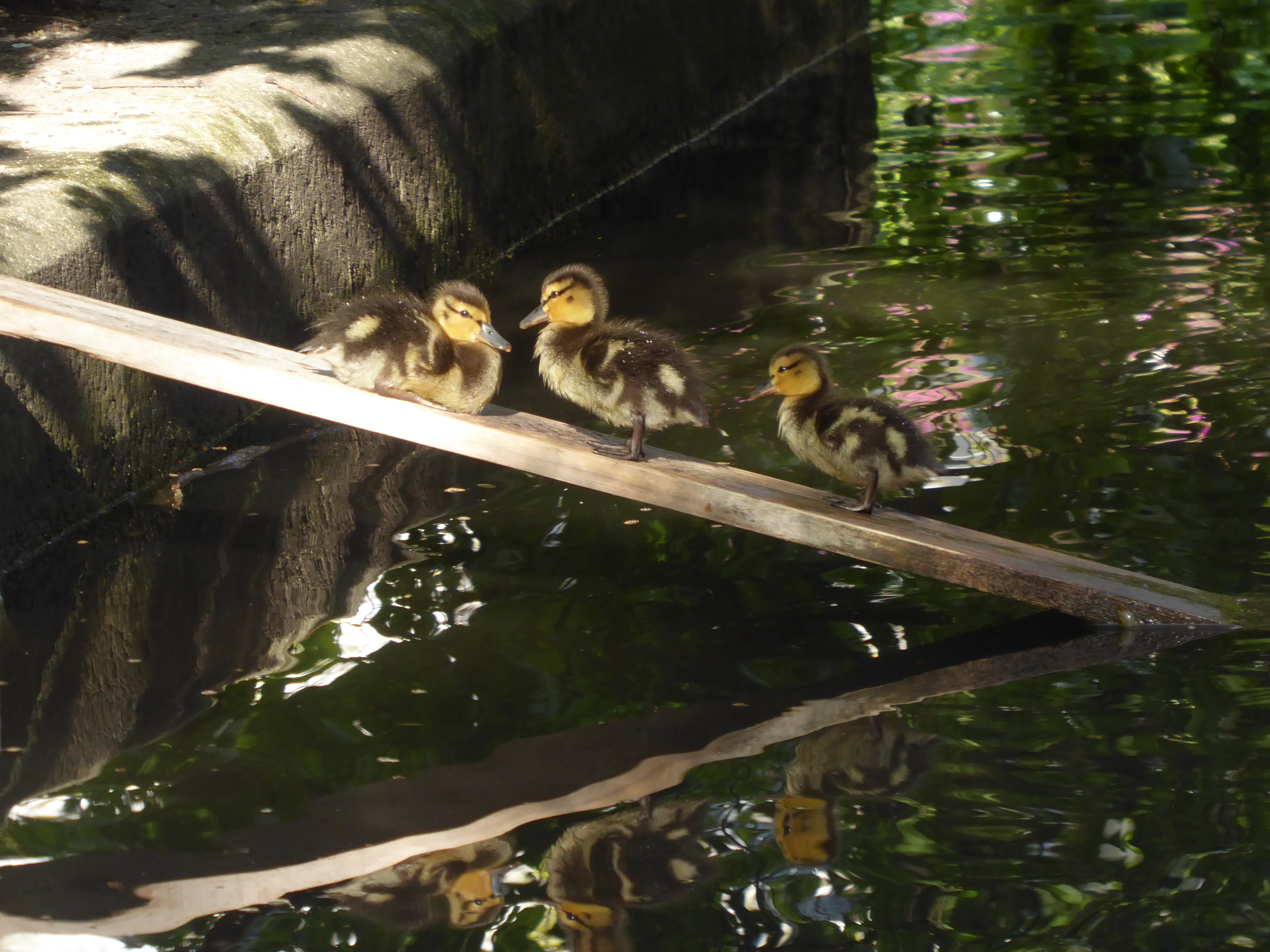 The proud and beloved Honey, now in her fourth year of cranking out ducklings. Look at her lovely speculum! 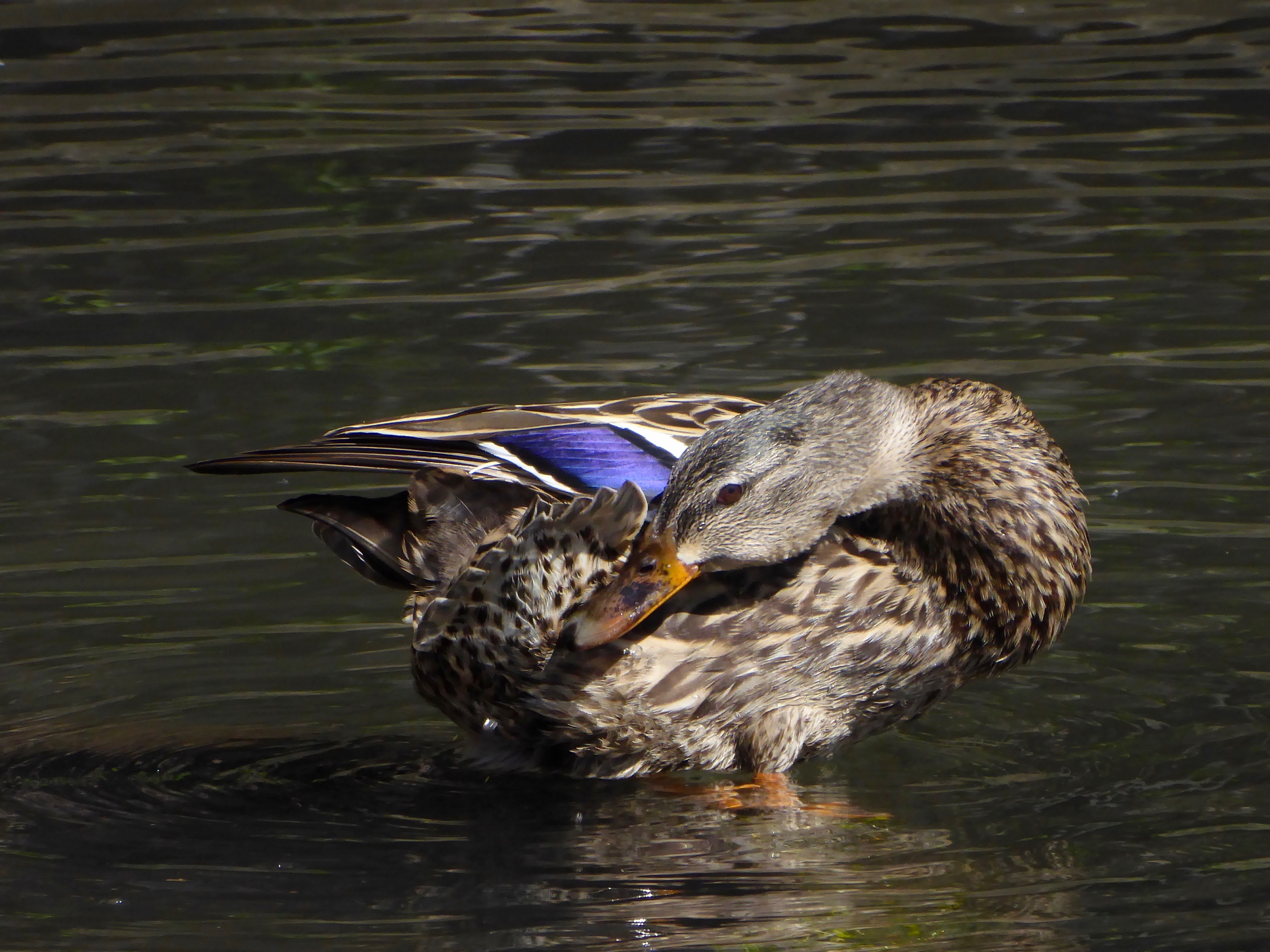 And with a mixed brood: 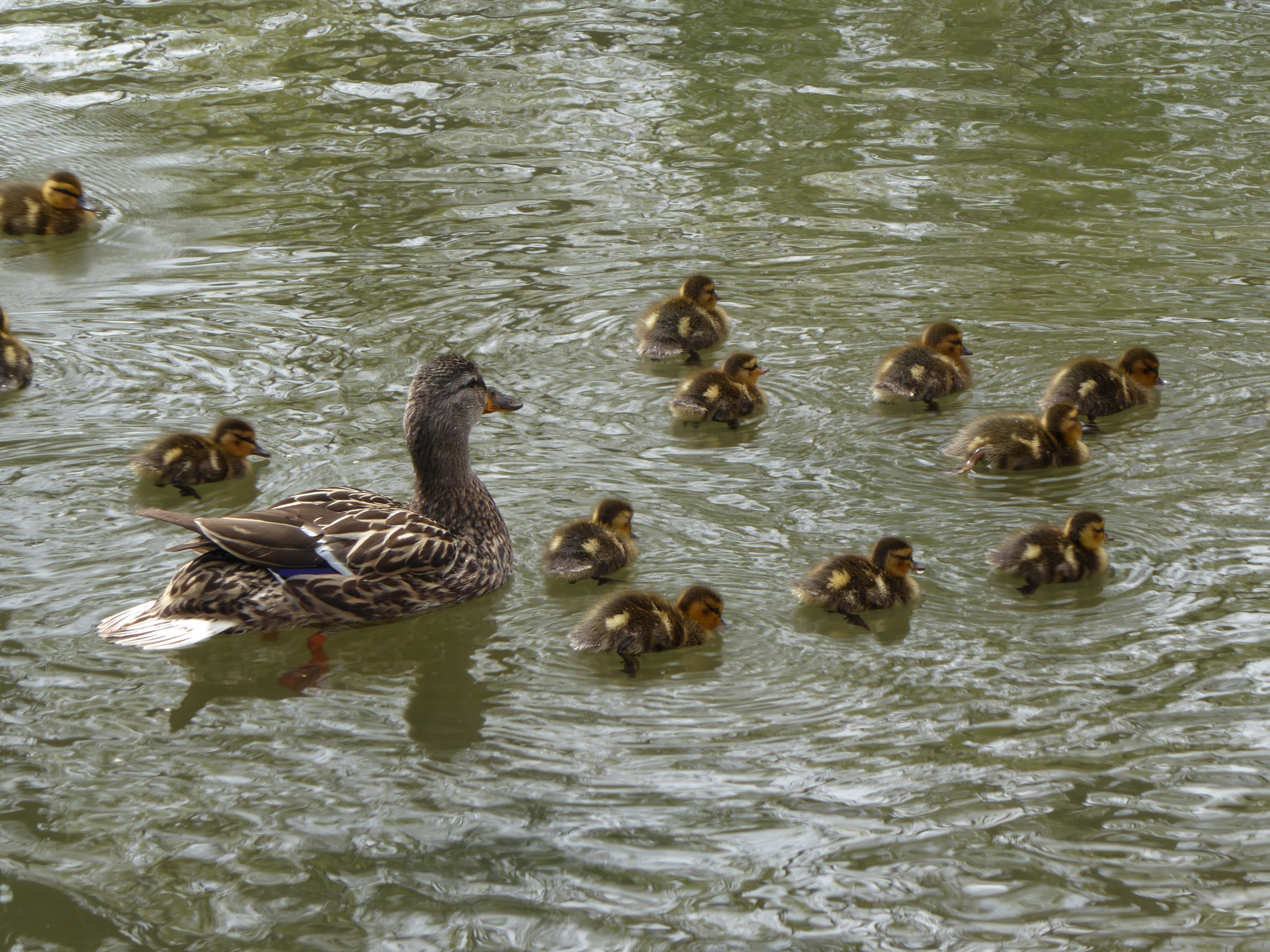 My video: Dorothy’s brood the day after they jumped (taken May 6), and one day before Honey arrived and began purloining the brood. Note that there are ten.

The next three videos were recorded by reader Sara Lackie from the PondCam. I’ve given her descriptions of the action in her words:

May 8: “Big aerial battle, Wingman (I think) attacks another drake, drake attacks hen, spectators on shore have to ‘duck’

May 8: “Drake attacks hen, gets good grip on her tail and won’t let go, Wingman (again, presumably) drives him off.”

This video was made by my colleague Jean Greenberg. It shows the brood jumping the fence—or trying to—to get to Mom. They vary in their abilities, but are united in their resolve, and all eventually make it. The little buggers have very powerful legs!